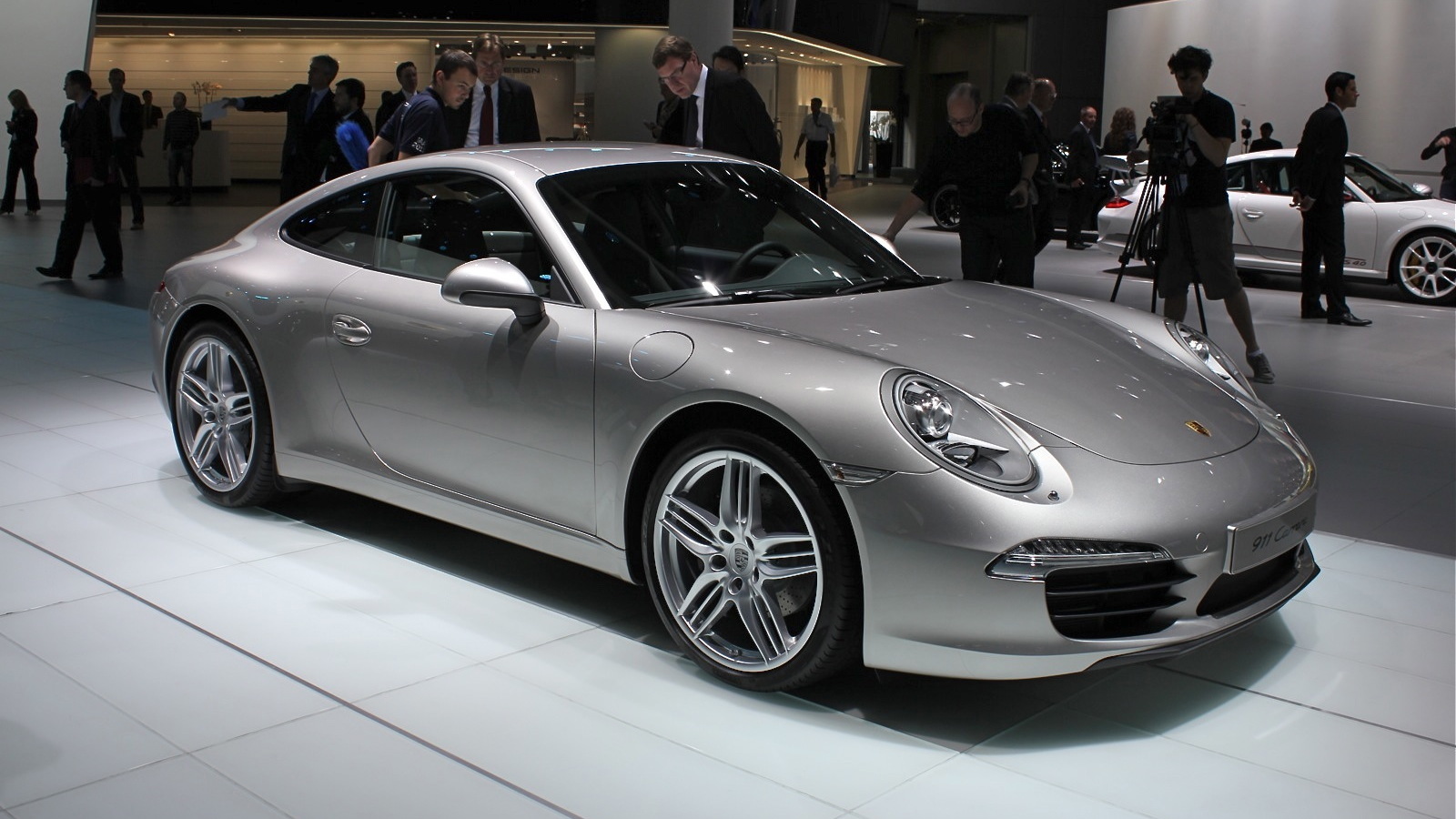 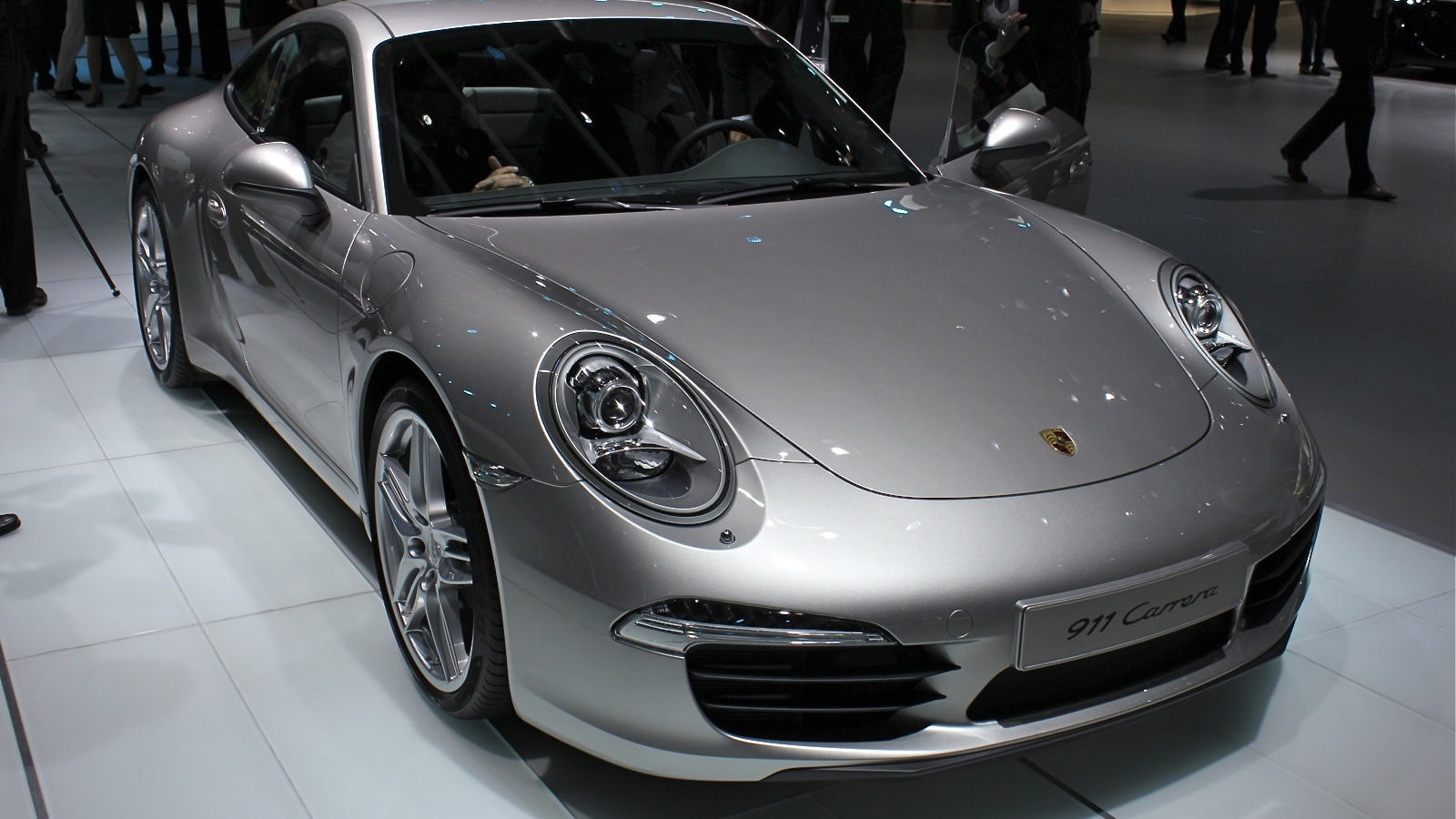 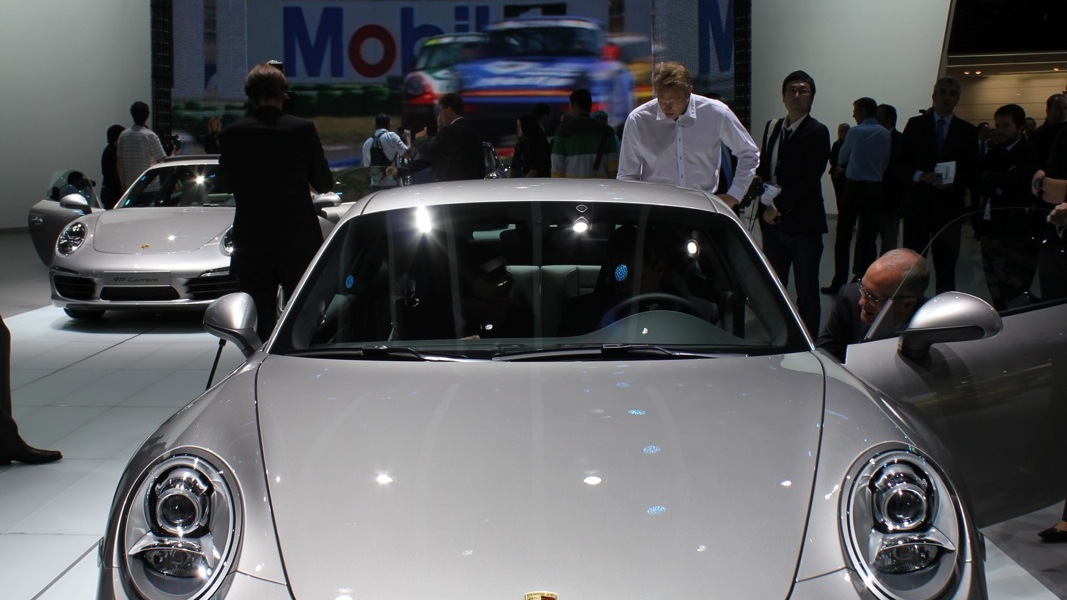 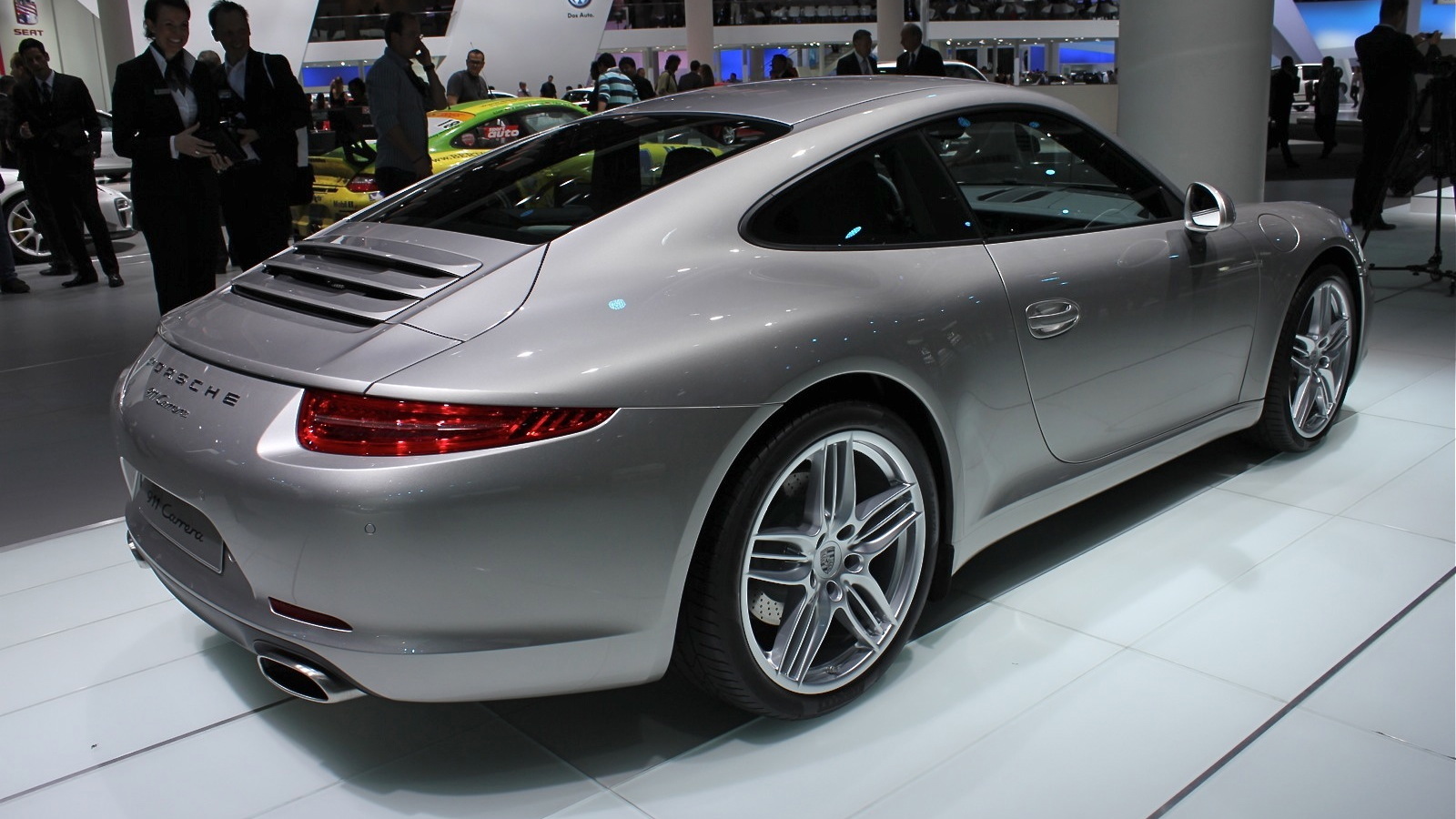 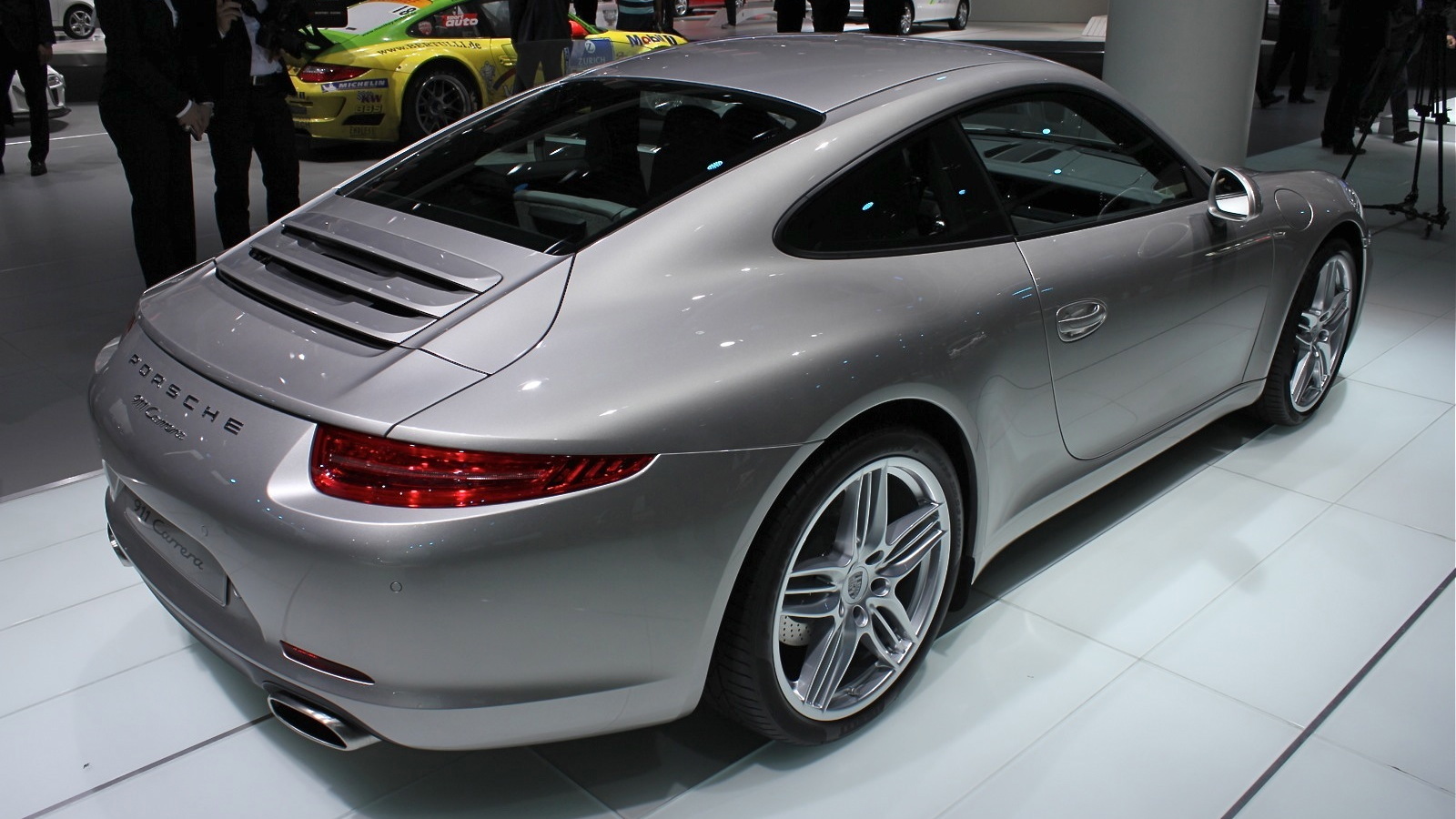 12
photos
The 2012 Porsche 911 is one of the most important new cars on the show stands at Frankfurt 2011, and it's clear from the space devoted to it at the massive VW pavilion, the company is devoted to playing up the new "991" sportscar.

There's much new technology in the new 911, not the least of which is the first seven-speed manual gearbox ever. The H-pattern shifter fits neatly in a cabin that's as simple and clearly organized as any 911, despite the presence of a big LCD touchscreen and the evident influence of the Panamera and its dozens of buttons, here flanking the 911's wider center console.

The seventh-generation 911 is a bigger car, and carries its weight low--actually, it's about a hundred pounds less than the outgoing version. The 991 version is 3.9 inches longer and sits much lower, and also has a wider front track.

Powertrains at launch will include a 350-horsepower flat six engine, and an S version with 400 hp. Automatic and dual-clutch transmissions--the awesome Porsche "PDK" in action--will be offered, and of course we expect the model range will spill out over the coming years with Cabriolet, Carrera 4, Turbo and 4 S versions.

We'll bring you more when we get in our first new 911 for a road test. Meanwhile, for more pictures of the 2012 Porsche 911, click over to our mega-gallery of new photos.