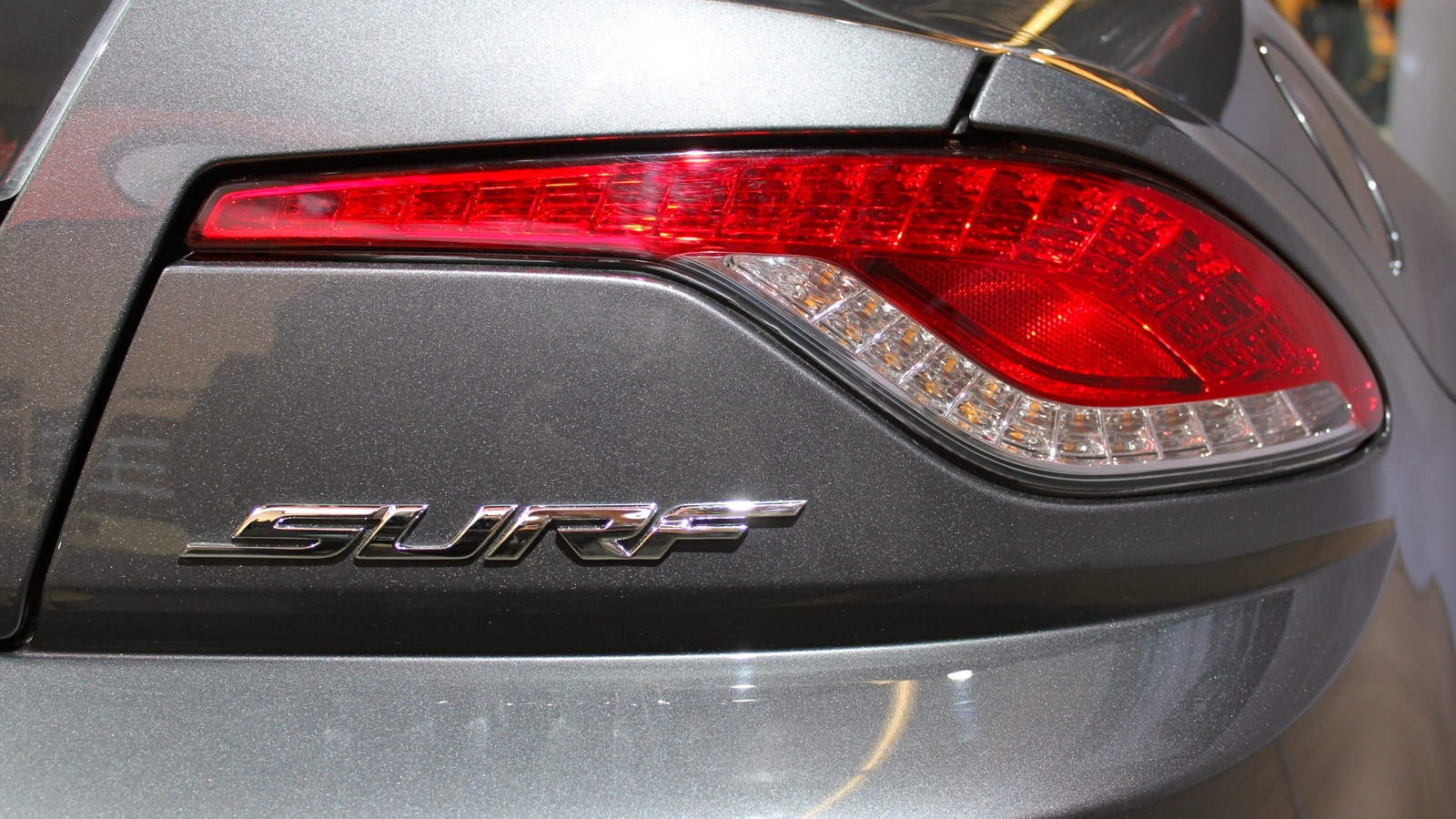 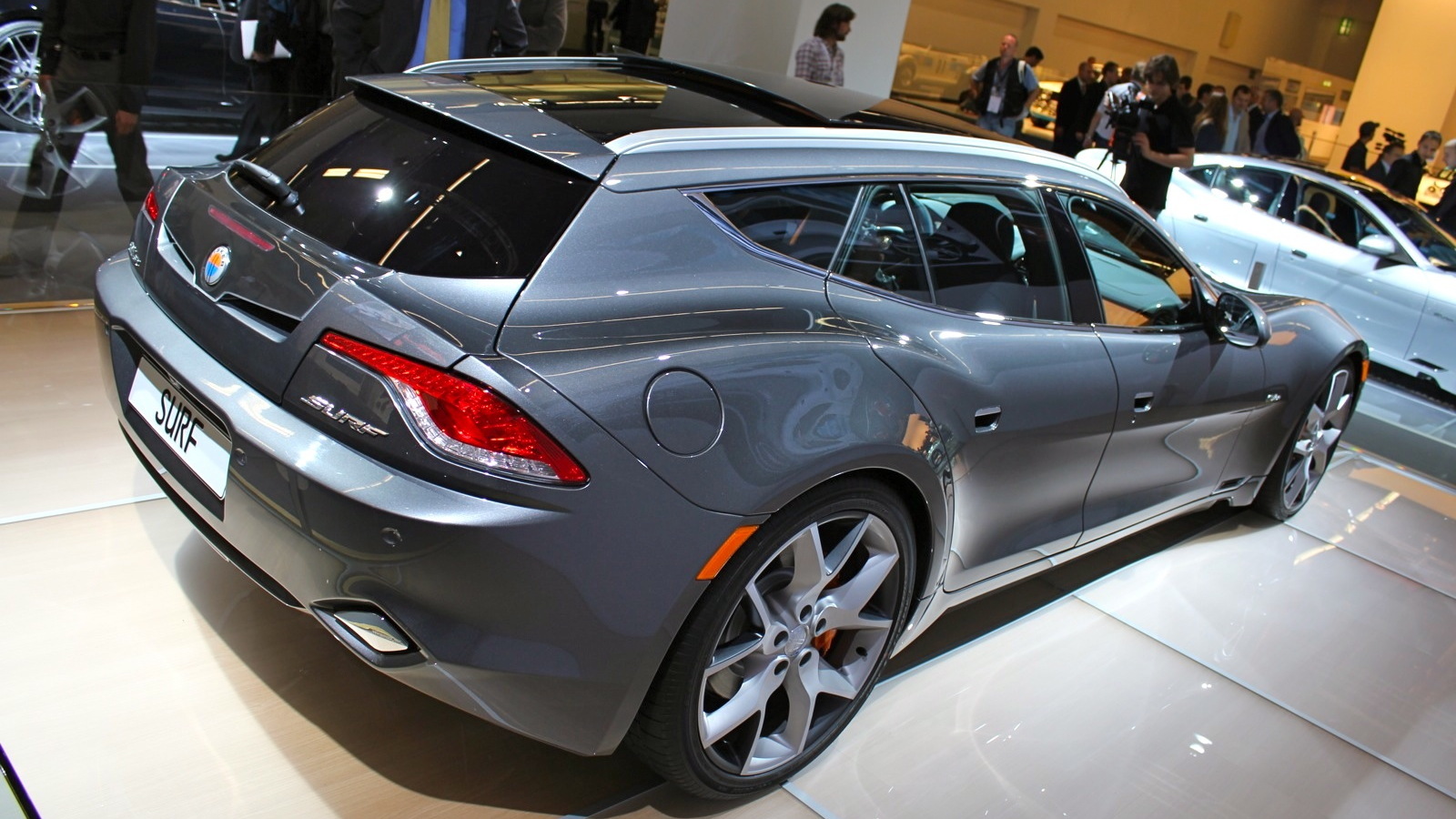 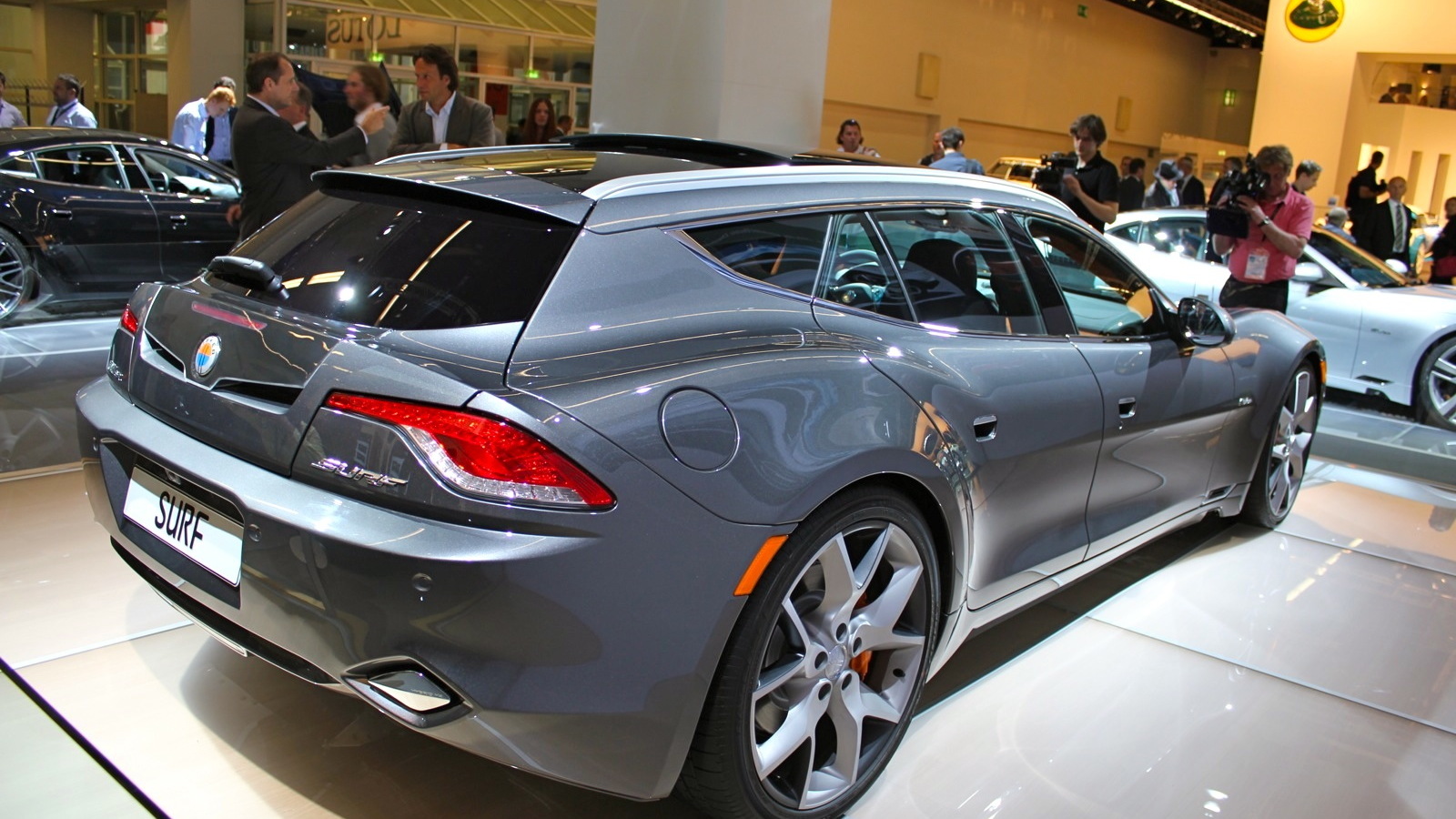 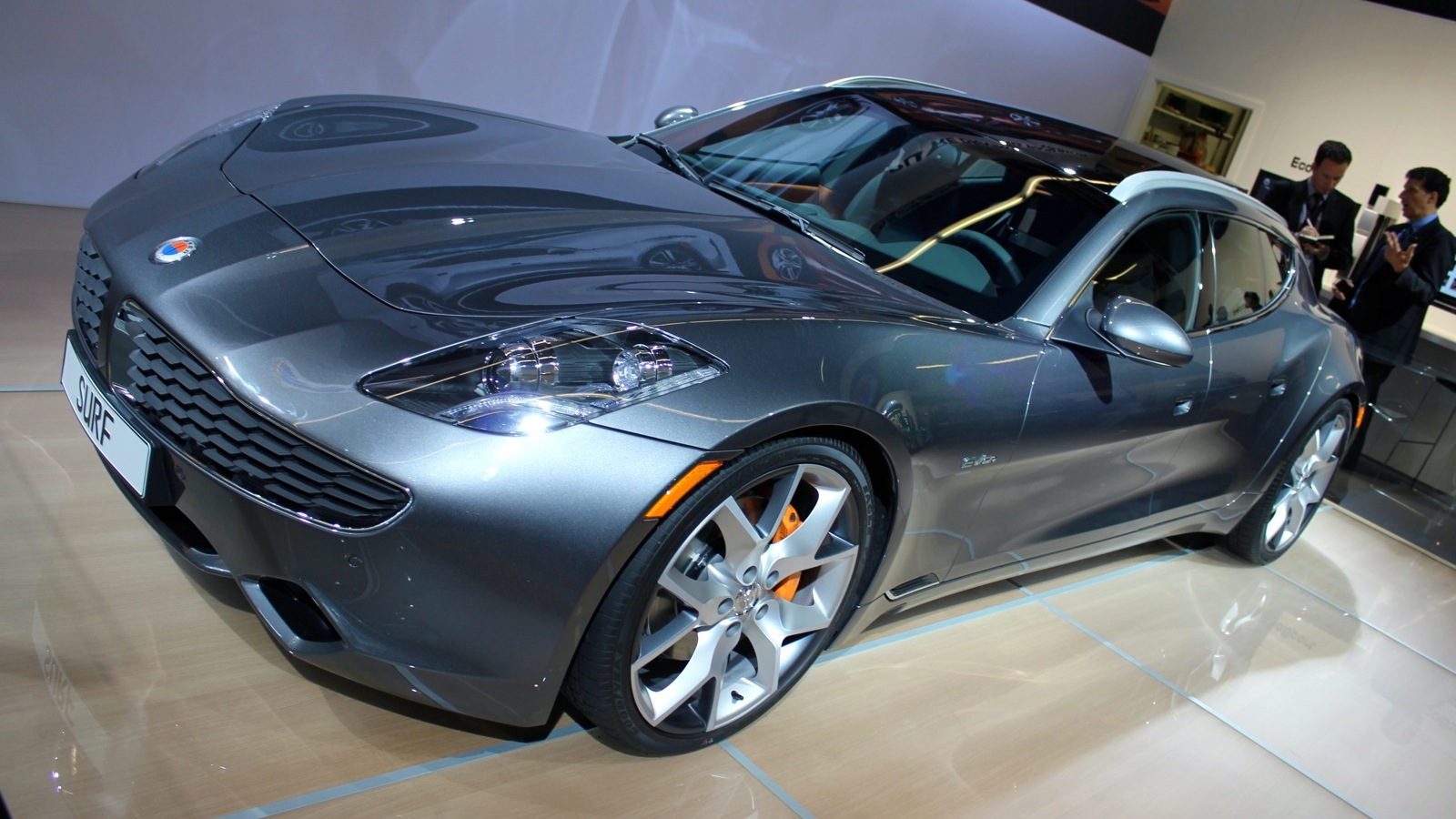 Earlier this week, start-up automaker Fisker released the first preview details on its 2013 Surf hatchback. Now, thanks to the wonders of German organizational excellence and the crafty use of Canon equipment, we've got live photos to show you, and a few details on Fisker's here and now.

The Surf hatchback is a derivative of the first vehicle the new American automaker will build. That Karma plug-in hybrid sedan has entered production--but the automaker is sitting on about 200 copies of the Karma that it can't yet deliver. Contract manufacturer Valmet has built the cars at its plant in Finland (where the Porsche Boxster used to be built), but can't ship and deliver the cars until the U.S. EPA has certified the vehicle for sale.

Of those vehicles, some 100 are Signature Series cars, meaning they're the first-ever vehicles from the brand created by auto stylist and entrepreneur Henrik Fisker.

Meanwhile, the Surf adds a wagon back to the pleasing Karma shape. And though it doesn't net a huge amount of space as a result--and seems to cut down on rearward visibility quite a lot--the Surf gives Fisker a nifty Kamm-back shape to sell. It's vaguely like a Nissan Juke back there, only it works, though with a lot of cutlines and a very small tailgate.

The powertrain details are the same as those from the Karma: a 20-kW/h battery pack and electric motors combine with a range-extending 260-hp engine sourced from GM for a 0-60 mph time of under 6.0 seconds, says Fisker. All-electric mode yields a driving range of about 50 miles, but drops acceleration to 60 mph to 7.9 seconds.

Meanwhile, Fisker's other new models are further off in the distance. The Fisker Sunset hardtop convertible is now due in 2014, and after that comes a sedan from Fisker's "Project Nina," the ambitious plan to build a mainstream plug-in hybrid sedan in the old GM plant in Wilmington, Delaware.