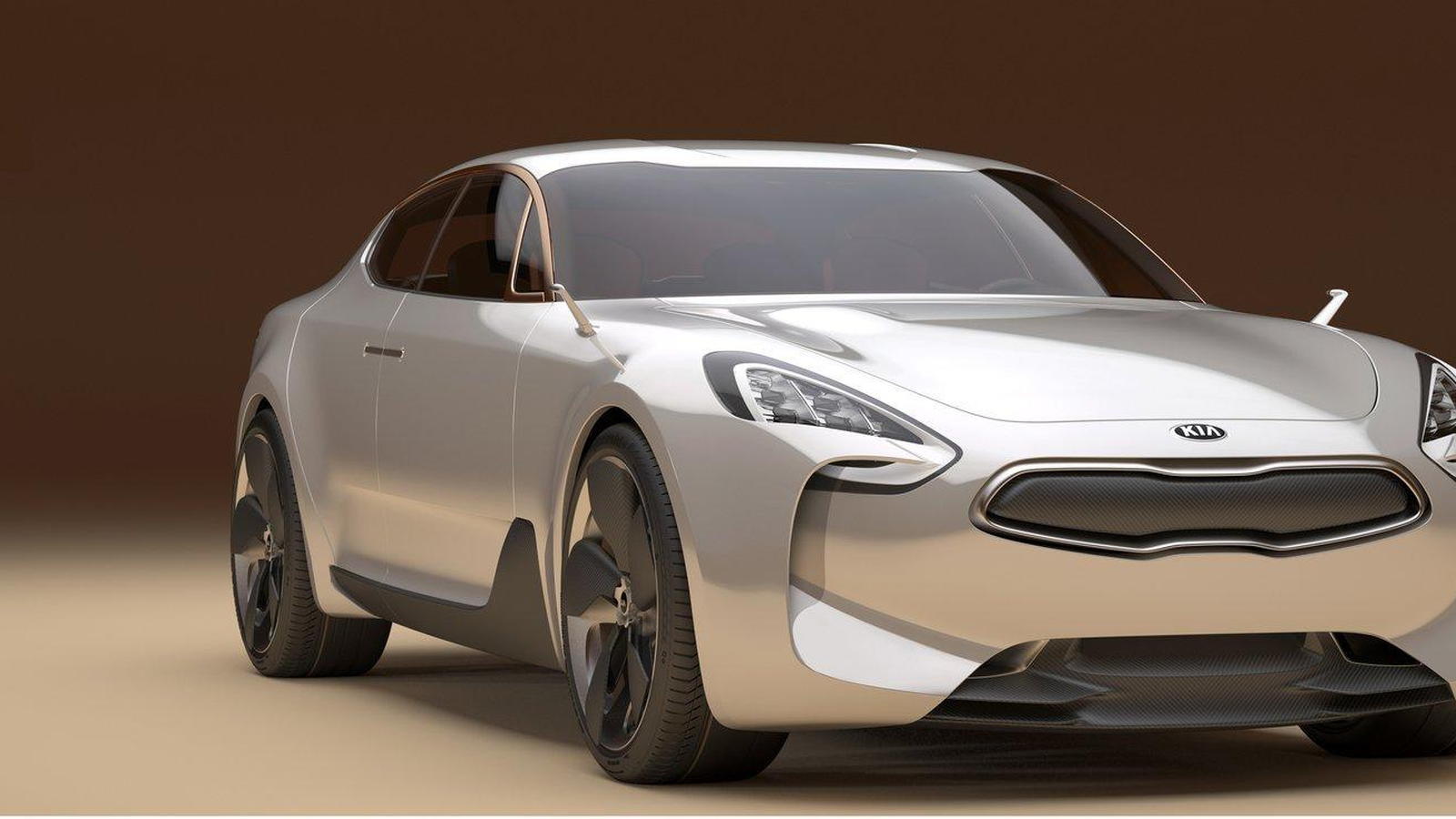 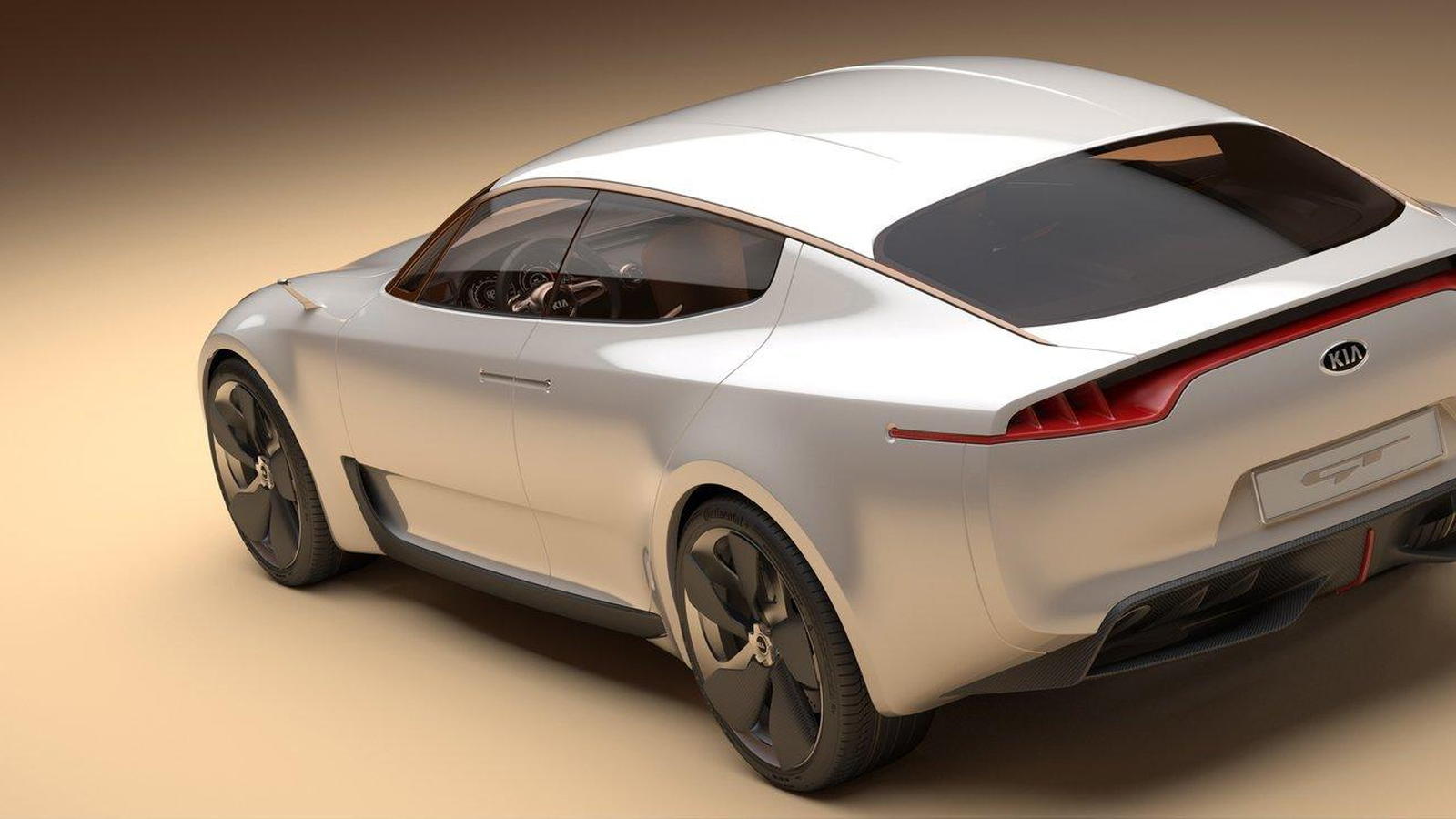 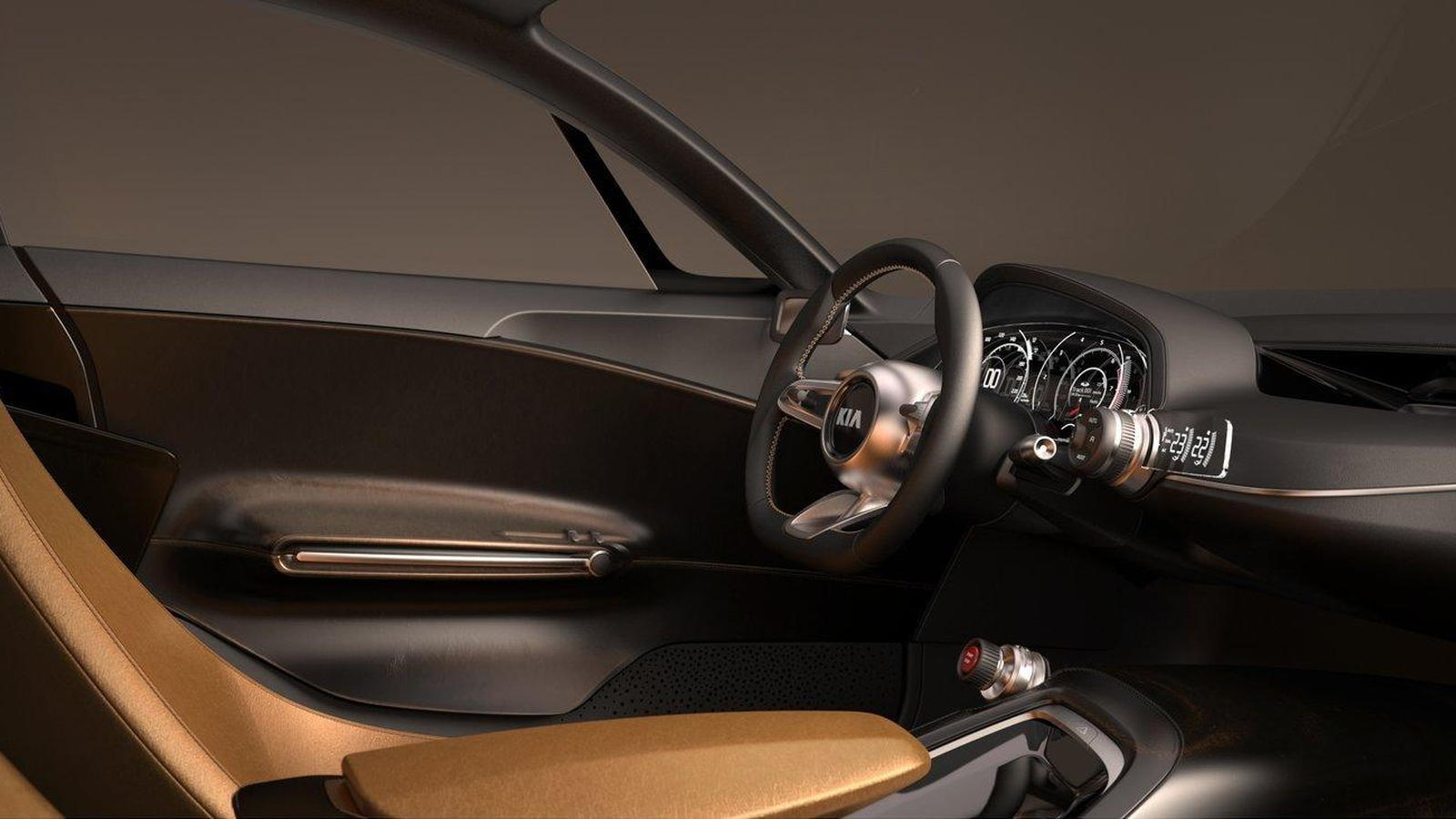 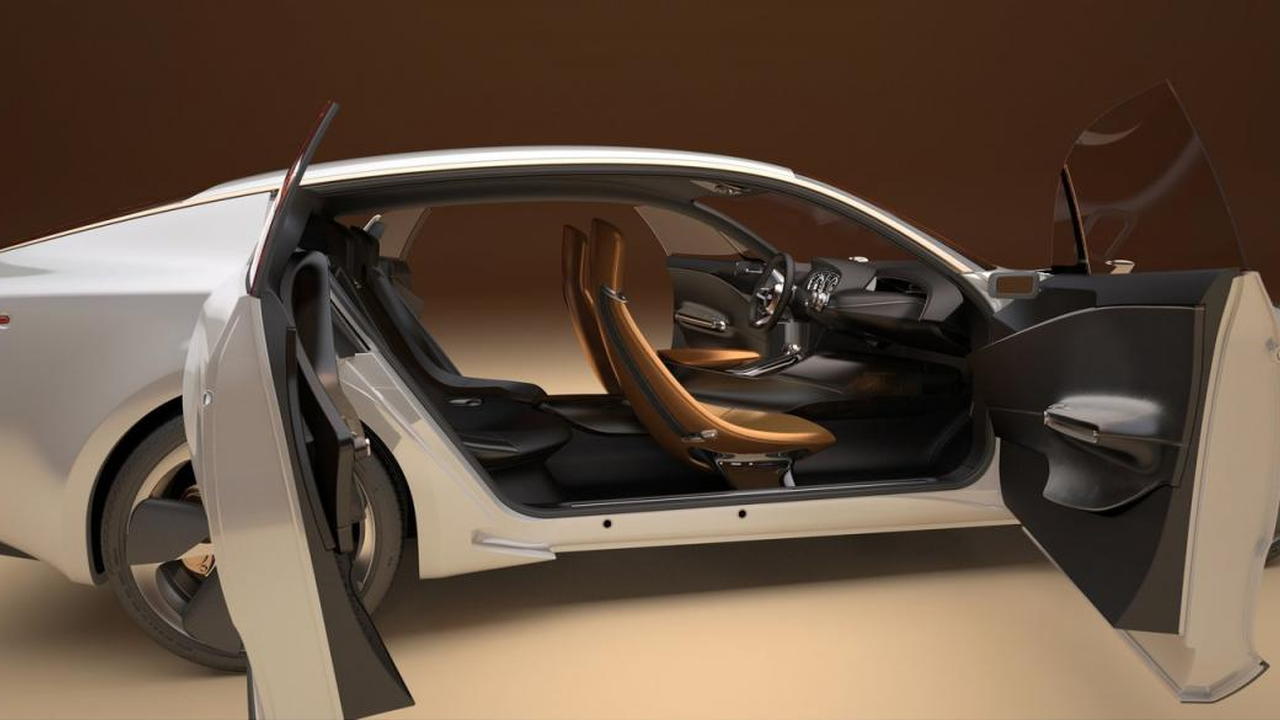 It has certainly taken the company too long to get around to designing a sports car, but Kia's first rear-wheel drive car is a beauty, and it's packing a V-6 turbo, too. Perhaps it's making up for lost time.

Kia says it's been thinking about a high-performance rear-drive car for a while now, but work on the car just started 10 months ago, in November 2010. That's a very short time from idea to concept, and may hint that we have a year or two yet before any production derivative will hit the road. Judging by the concept, however, we hope it does eventually get the green light.

Built primarily as a design concept, the Kia GT Concept is light on technical details, but we can tell you it's powered by a turbocharged, direct-injection 3.3-liter V-6 engine (not the V-8 rumored previously) rated at a claimed 390 horsepower and 394 pound-feet of torque--very solid figures for a sleekly-styled four-door coupe. That's actually enough power to more than put Audi's A7 on notice, if the design itself wasn't enough.

Speaking of the design, Peter Schreyer, Kia's chief design officer, and Gregory Guillaume, Kia's European design head, say the concept is intended as a modern, rakish interpretation of classic front-engine/rear-drive proportion. In fact, the whole project was inspired by "the spirit of iconic 1970s GT cars."

Adjectives like "sumptuous," "athletic," and "powerful" litter the press release like scraps on the design room floor, but the result clearly deserves all of those appellations. Our favorite part, however, is the use of suicide rear doors. Classy and classic.