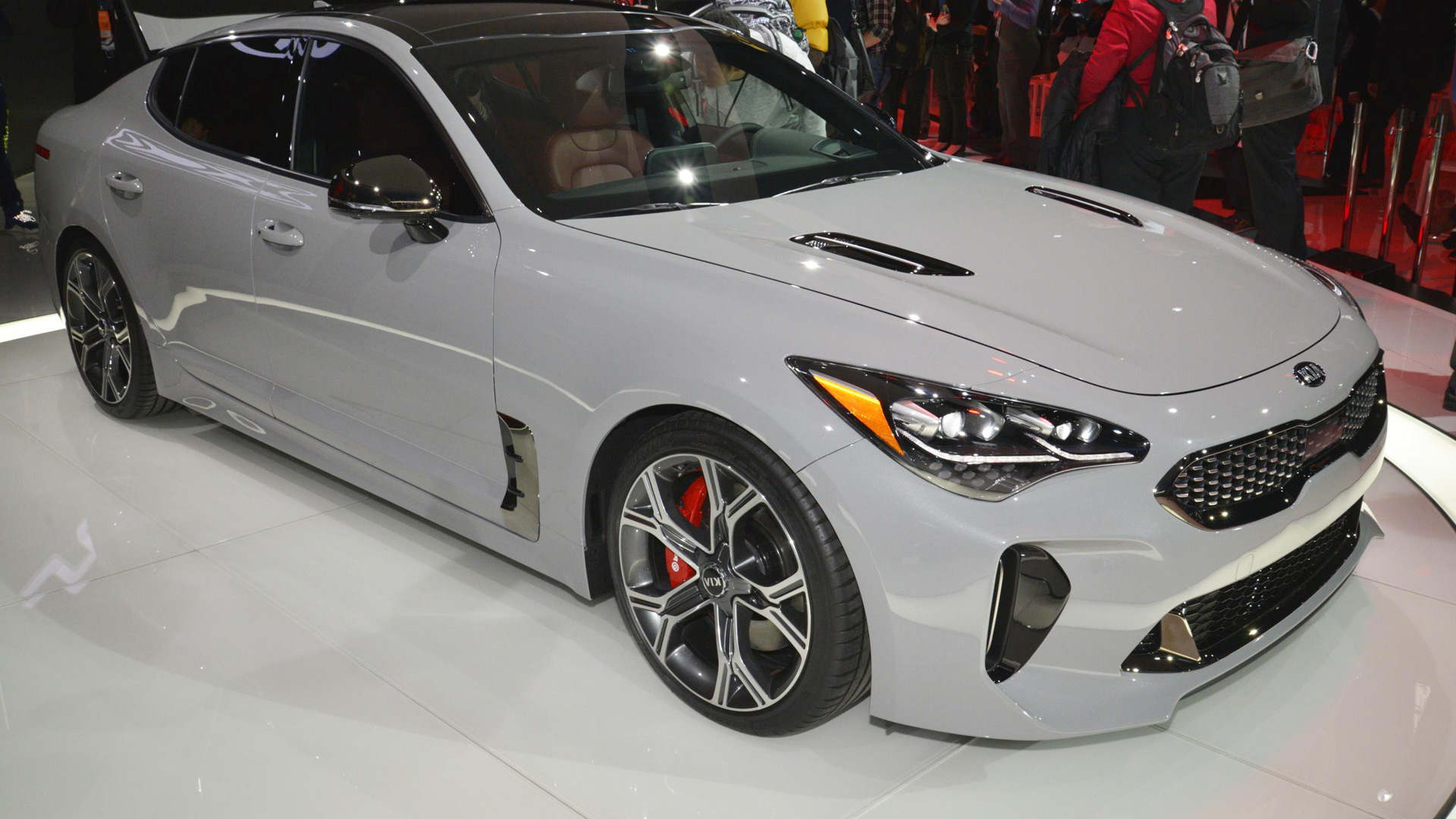 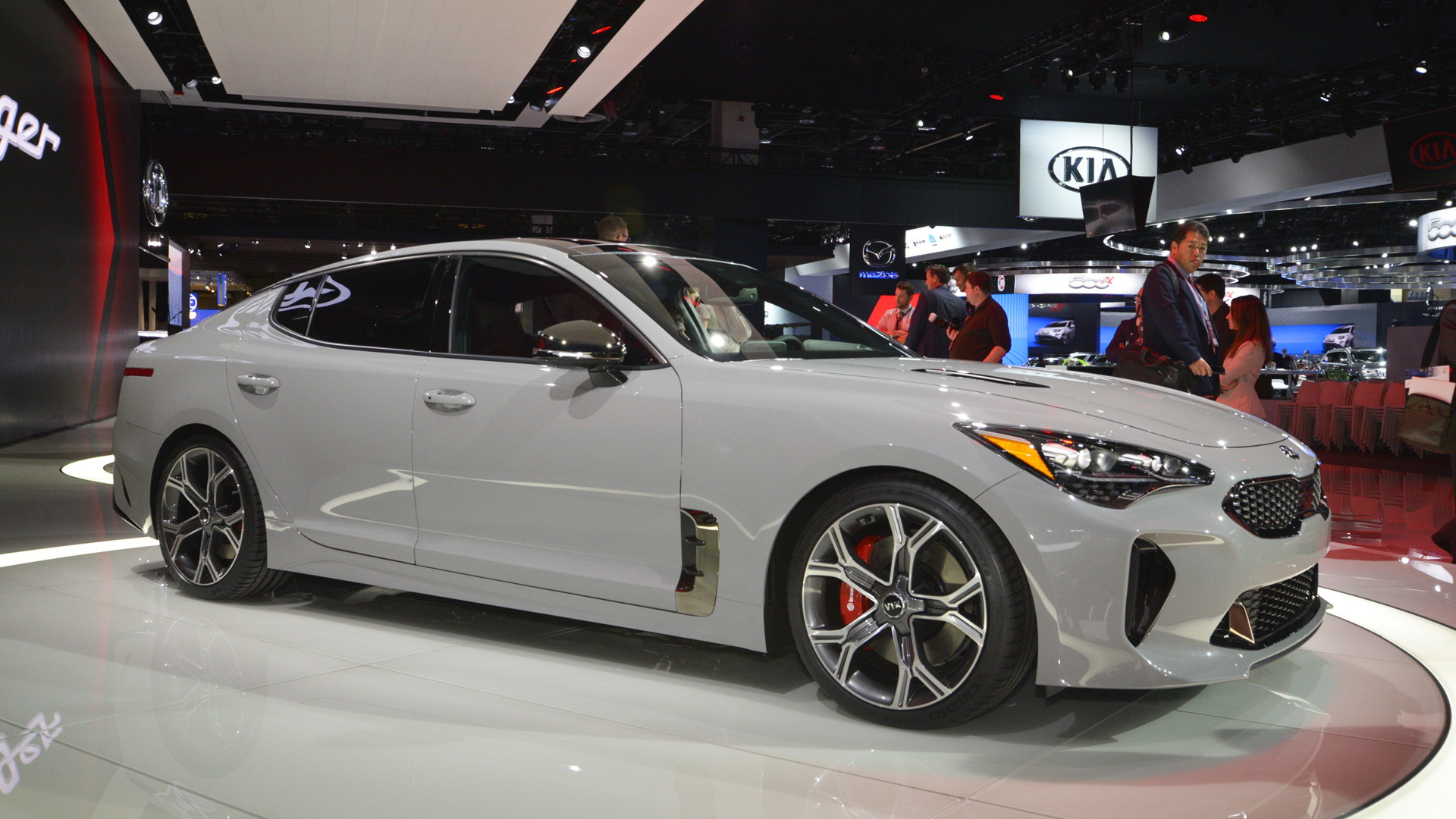 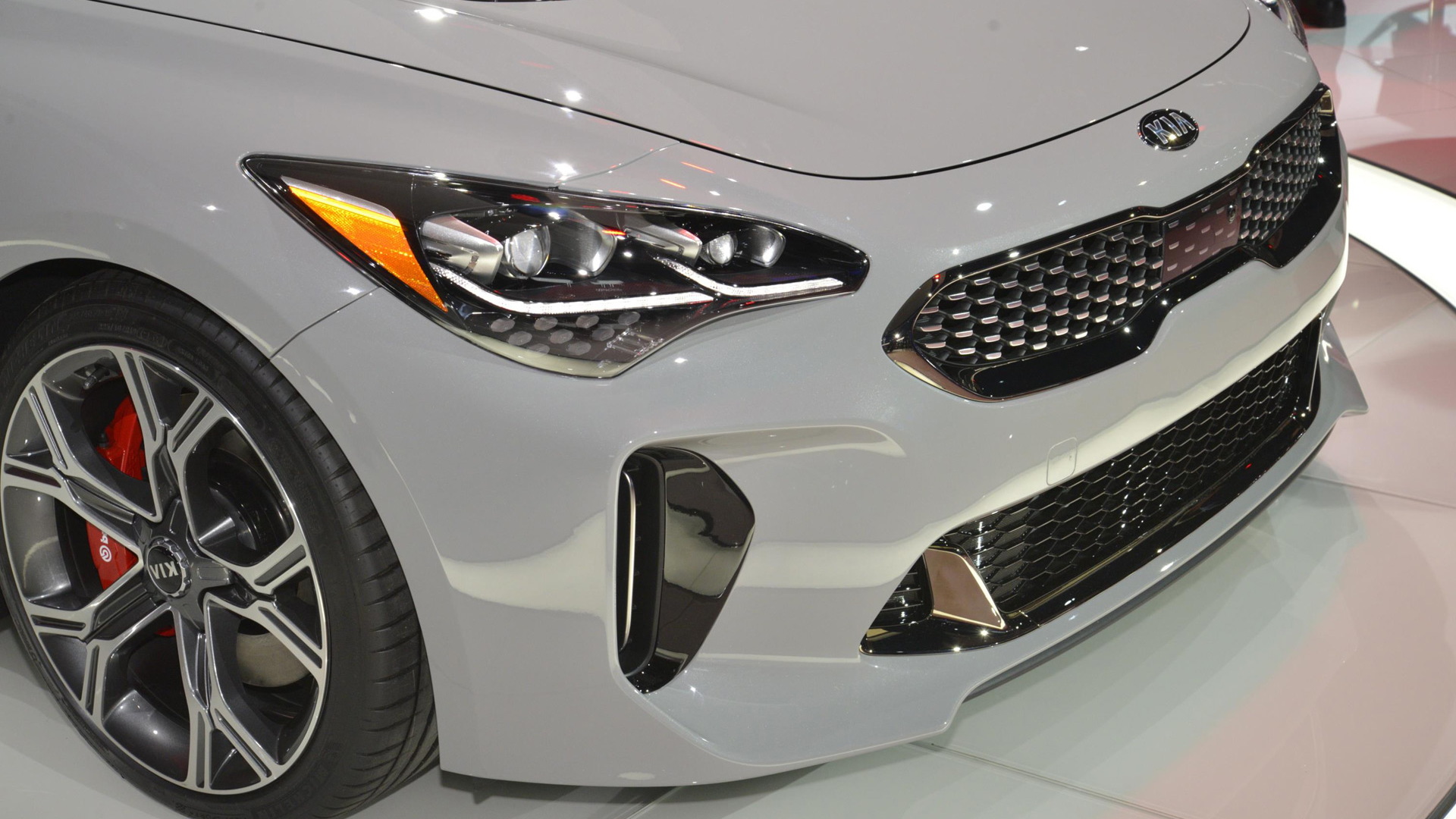 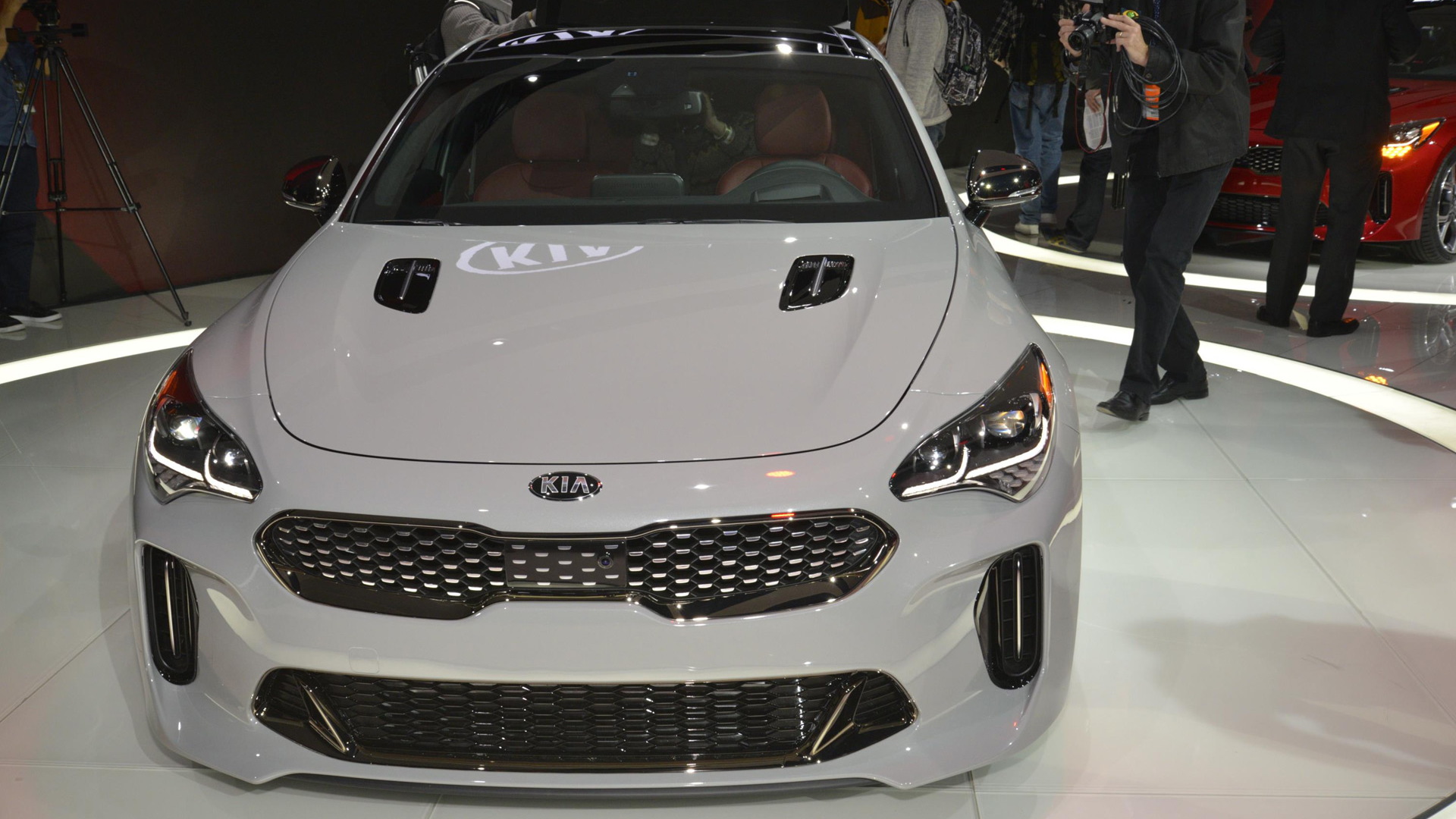 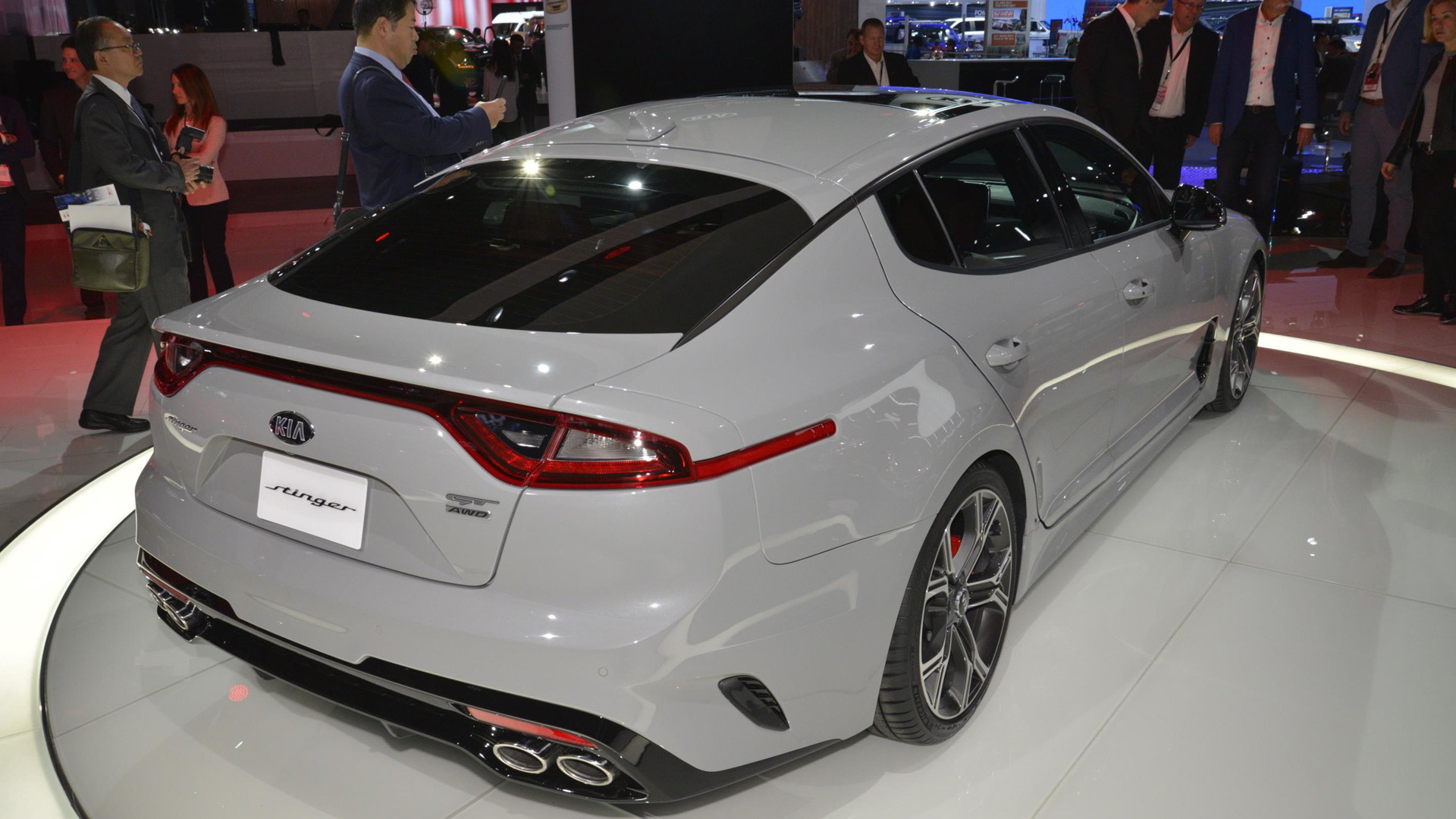 It was at the 2011 Frankfurt auto show that Kia first hinted at the launch of a rear-wheel-drive sports sedan with the unveiling of the GT concept. More than half a decade on, the production version of the striking concept has been revealed as the 2018 Kia Stinger.

Kia's finally taking the covers off its new coupe-like sedan on Sunday at the 2017 Detroit auto show. Joining the K900 in Kia’s small but growing rear-wheel-drive arsenal, the car promises to be the most dynamic model ever launched by the Korean brand. Extensive development took place on the Nürburgring, with former BMW M engineering boss Albert Biermann tasked with honing the chassis. 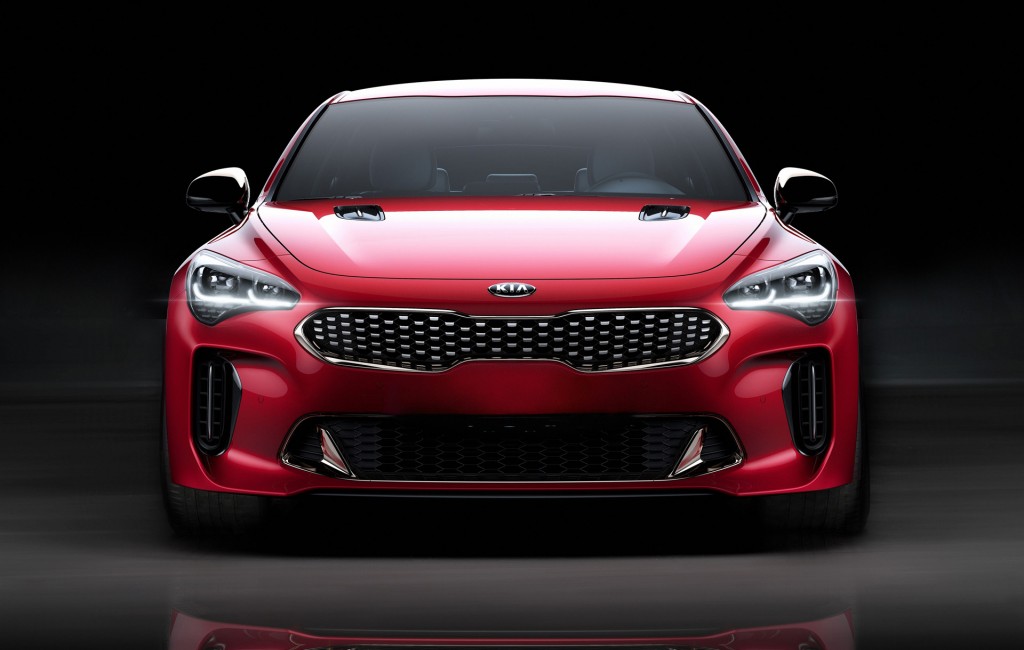 At 114.4 inches, the Stinger’s wheelbase is longer than that of rival coupe-like sedans such as the Audi A5 Sportback, BMW 4-Series Gran Coupe and Mercedes-Benz CLS , which means interior space should be generous for the class. Kia also boasts that cargo space is also larger than in many rivals. 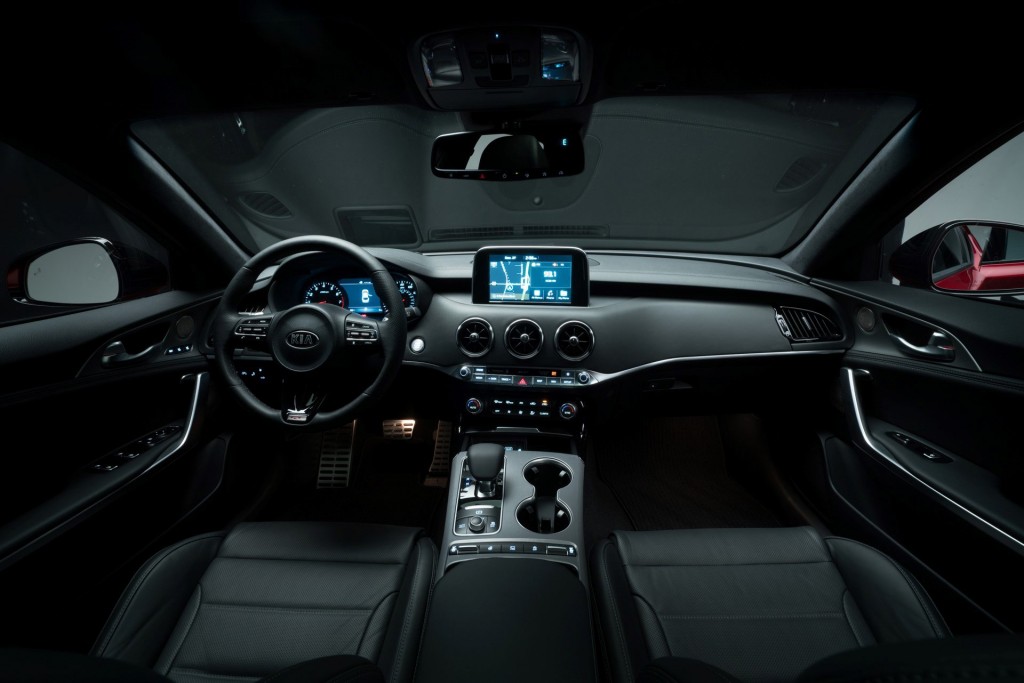 Inside, you’ll find all the modern touches as well as a few premium options such as Nappa leather and a 15-speaker Harman/Kardon sound system. The center console is split into two specific areas: the infotainment controls sit below a large color touchscreen, while the climate and ventilation controls nestle beneath. There are also electronic driver aids such as adaptive cruise control, collision warning, and blind spot and cross traffic warning.

Kia has confirmed that sales of the Stinger will start in late 2017. Pricing information will be announced closer to the market launch but should fall somewhere between the $32k starting price of the Cadenza and $50k price of the K900.