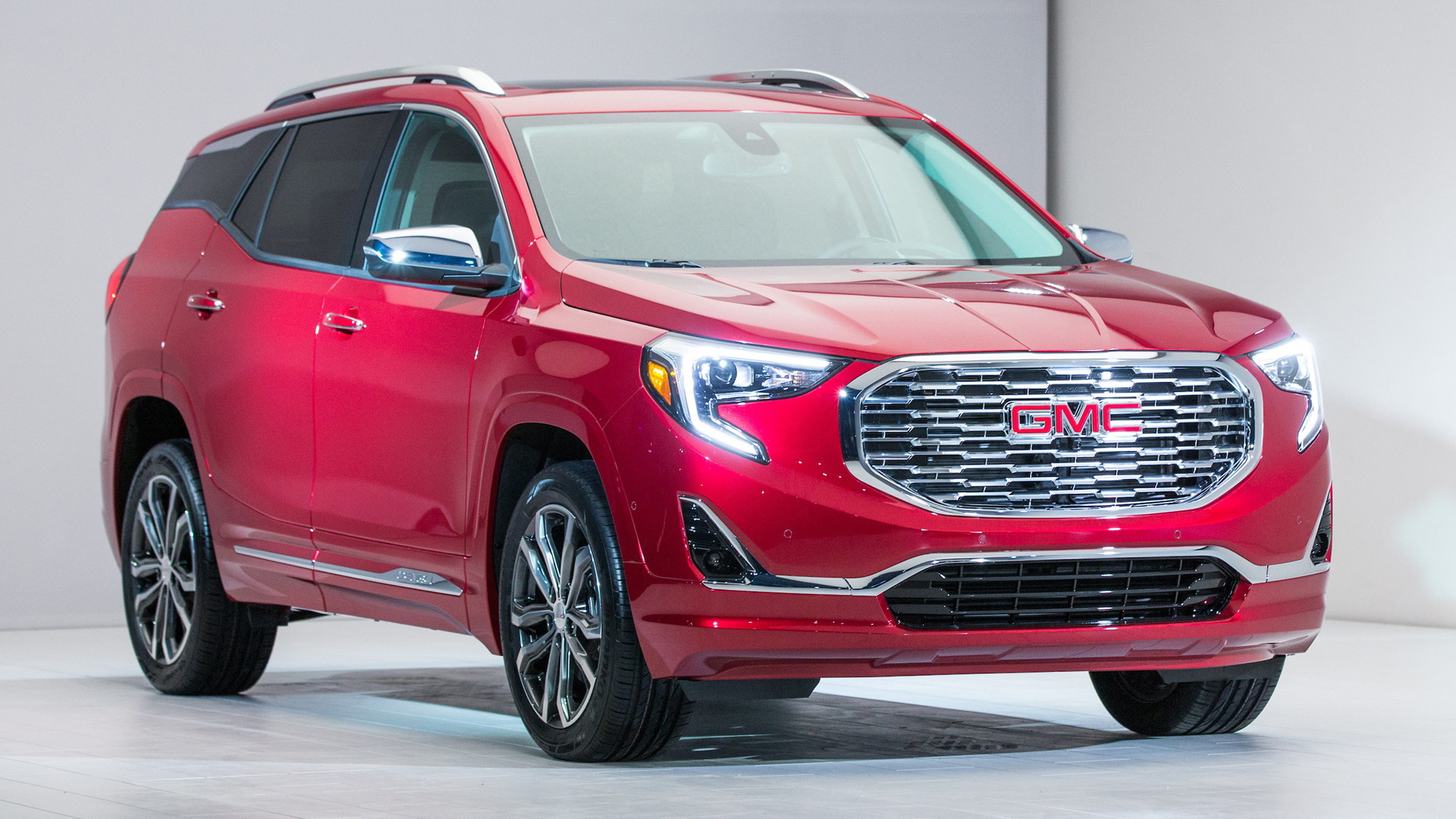 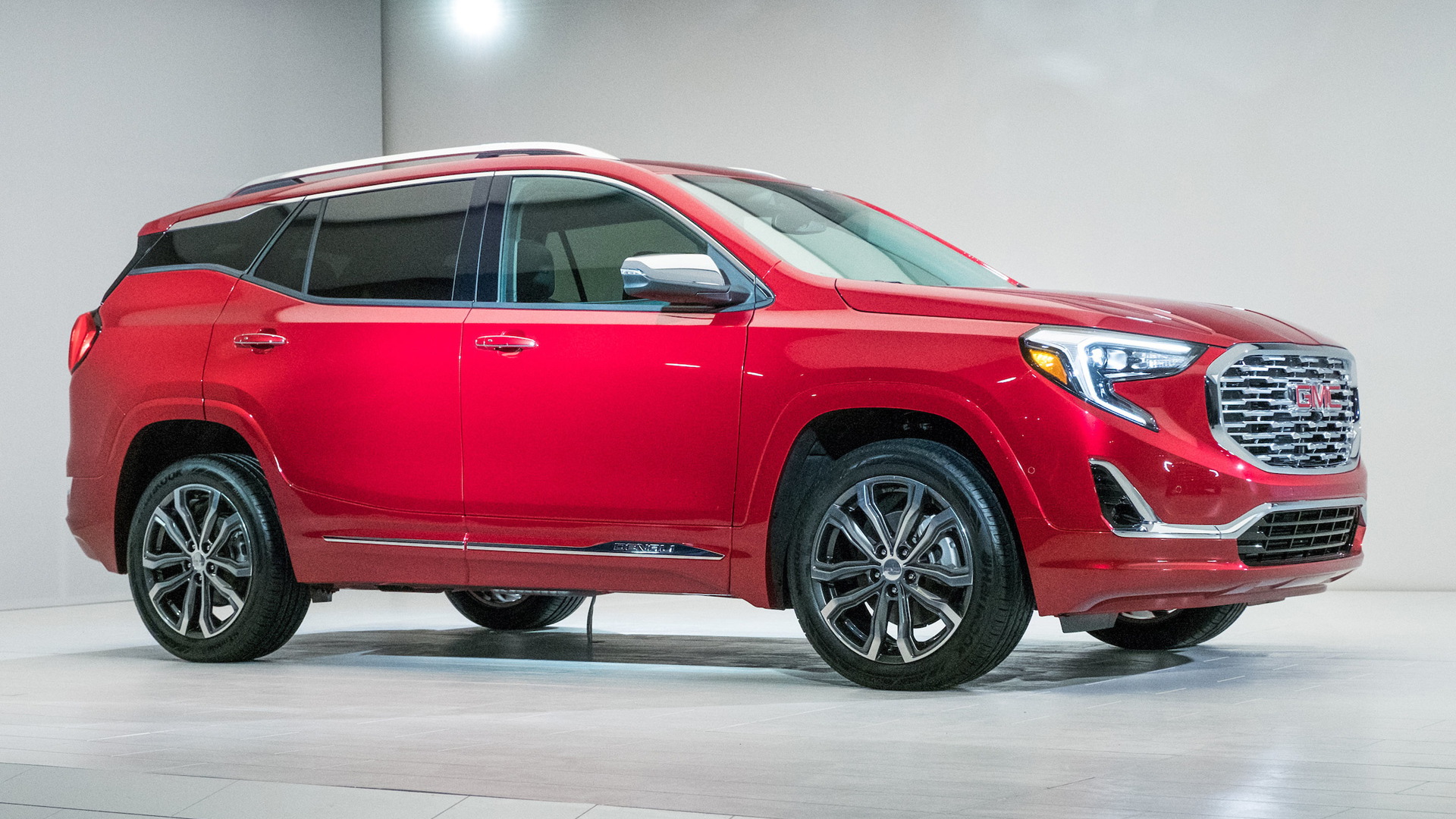 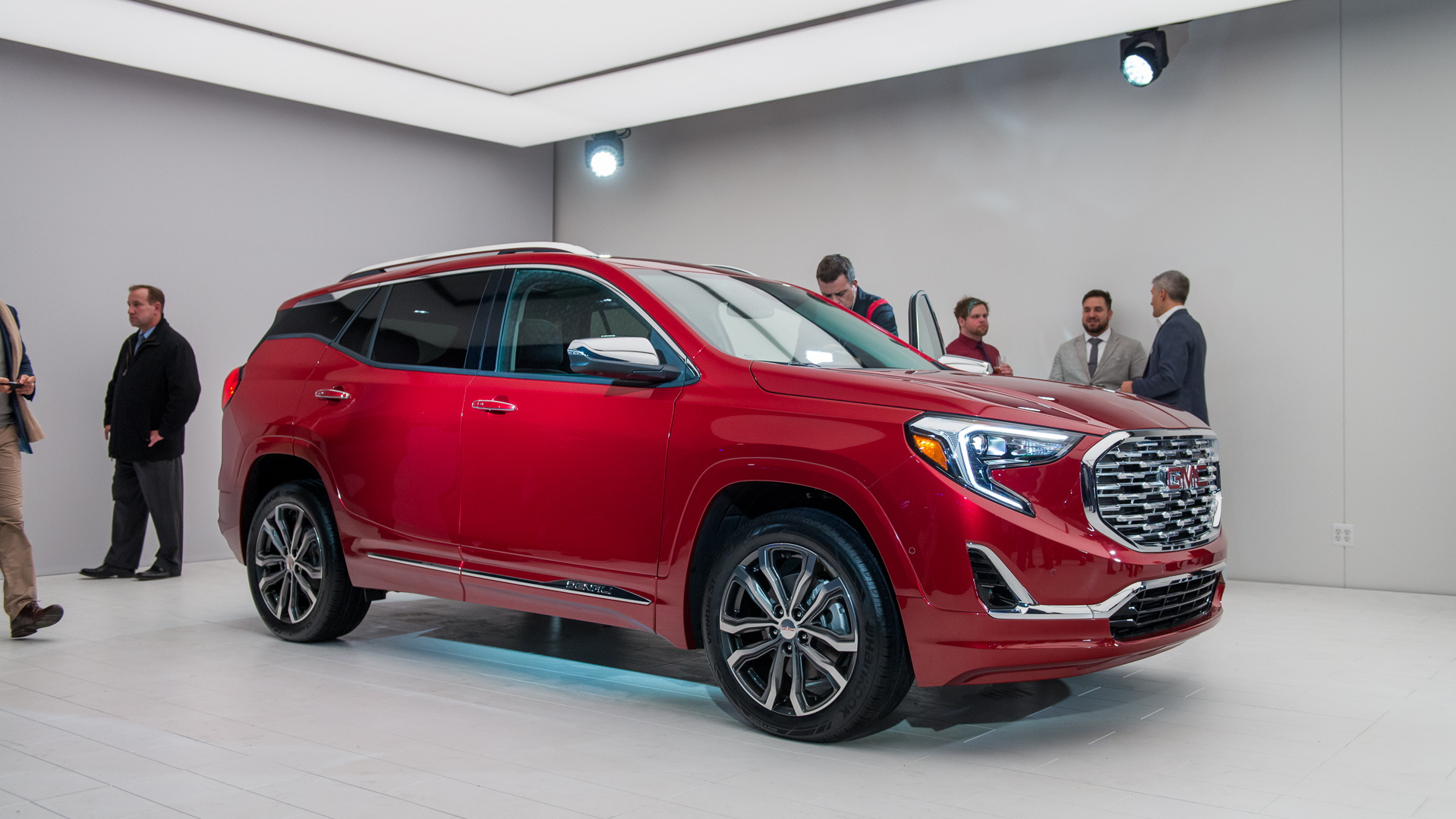 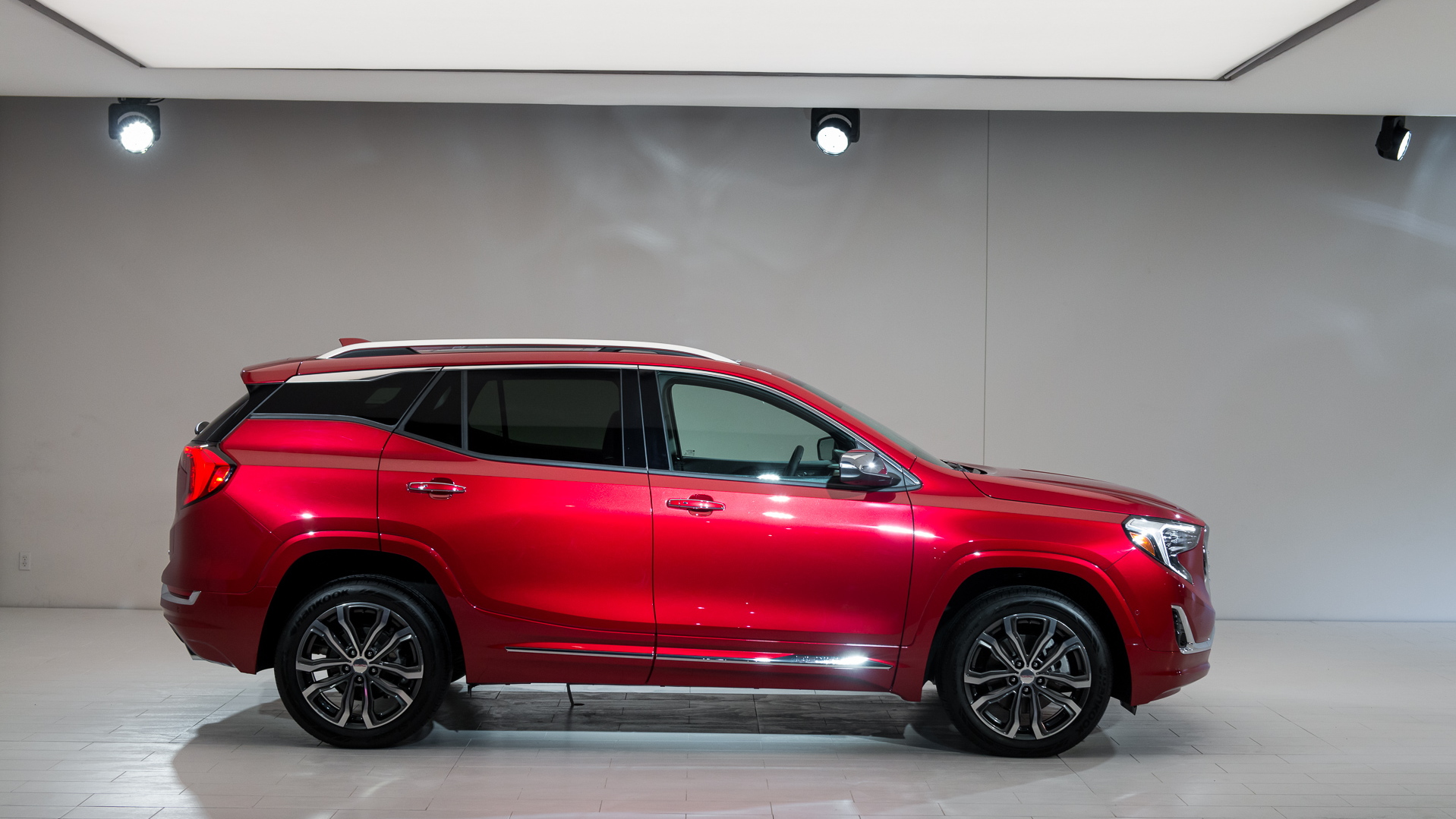 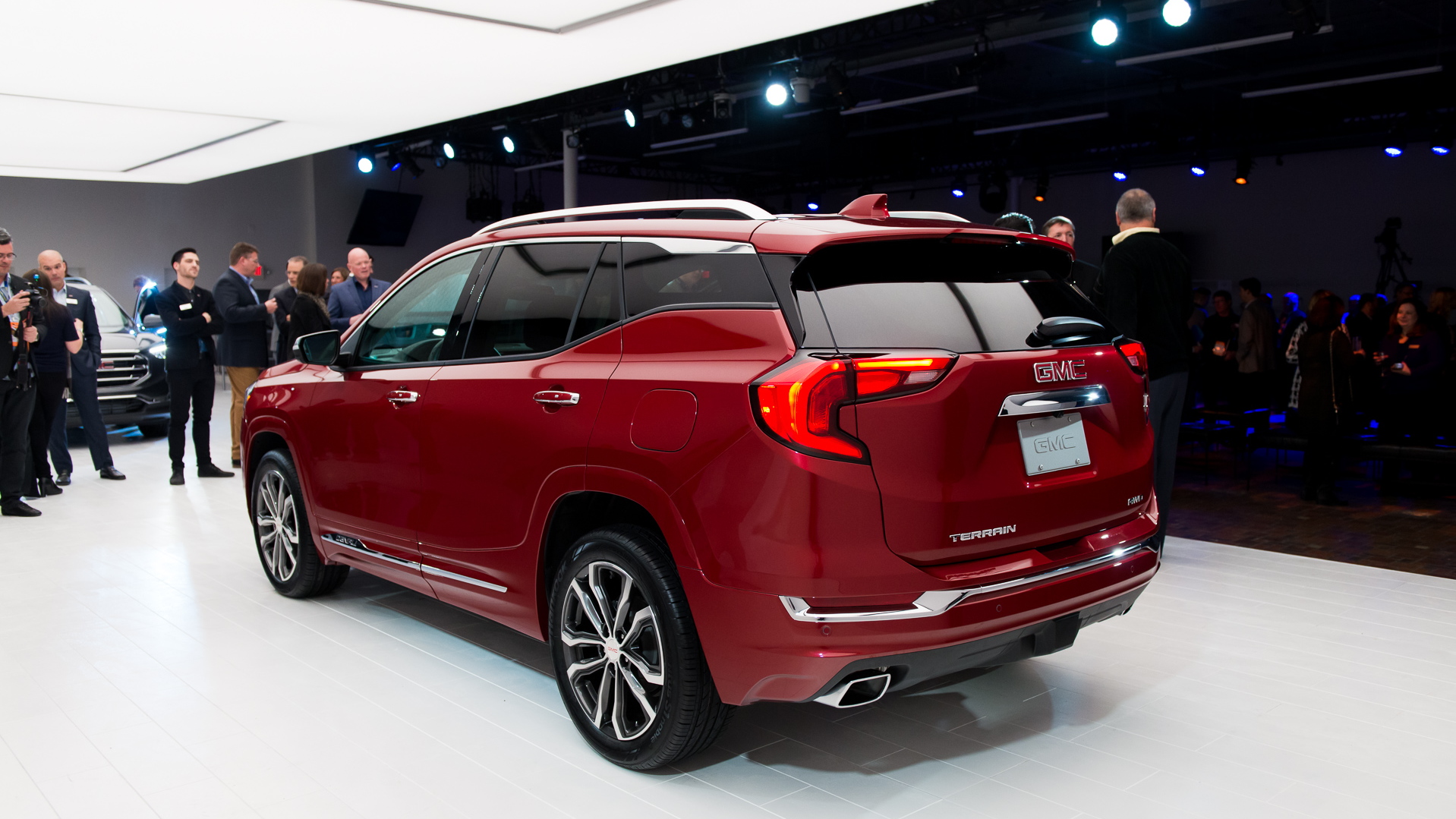 Following closely with the Chevrolet from which it's based, GMC took the wraps off its new small crossover and its trio of turbocharged powertrains Sunday night in Detroit.

The 2018 GMC Terrain made its debut ahead of the 2017 North American International Auto Show in Detroit and showcased General Motors' strategy for smaller displacement, turbocharged engines, including a turbodiesel.

The Terrain largely follows the path that the 2018 Chevrolet Equinox put forward when it was shown last year. The Terrain will be available with three different engines, two turbocharged gasoline engines, and a turbodiesel as the top model. The 1.5- and 2.0-liter inline-4 gasoline engines will be paired with a new 9-speed automatic that GM announced late last year. Unlike the Equinox, which only offers the 9-speed on the 2.0-liter model, GMC will offer the advanced transmission on both models. The 1.6-liter turbodiesel is mated exclusively to a 6-speed automatic.

Unlike Chevrolet, GMC hasn't made any promises about potential fuel economy from the Terrain. When the Equinox was announced last year, Chevrolet said the turbodiesel model would achieve 40 mpg on the highway, but GMC didn't make any similar claims. In base front-drive configuration, the Terrain weighs the same as the Equinox, so fuel economy shouldn't be too far off.

Front-drive is standard and all-wheel drive is available. Drivers can fully disconnect the all-wheel-drive system on equipped models through a "Traction Select" system that includes all-weather and normal drive selectors to adjust throttle response. The Terrain also adopts a new shifter brought over from some Chevrolet models.

GMC announced the Terrain would be offered in four trims: SL, SLE, SLT, and Denali, with the top trim getting unique exterior features to help distinguish it from the lineup.

Pricing and availability hasn't yet been announced for the Terrain.