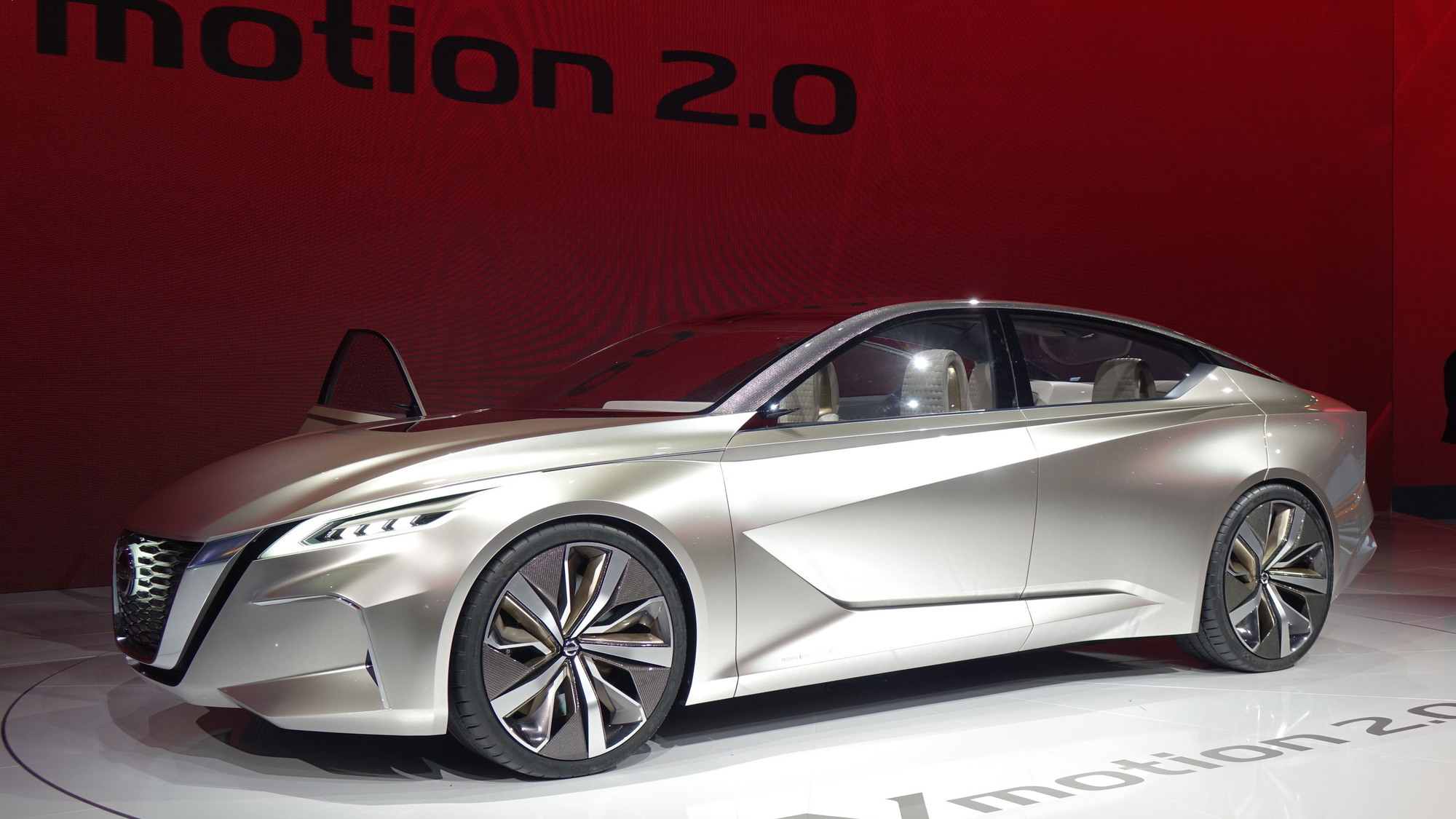 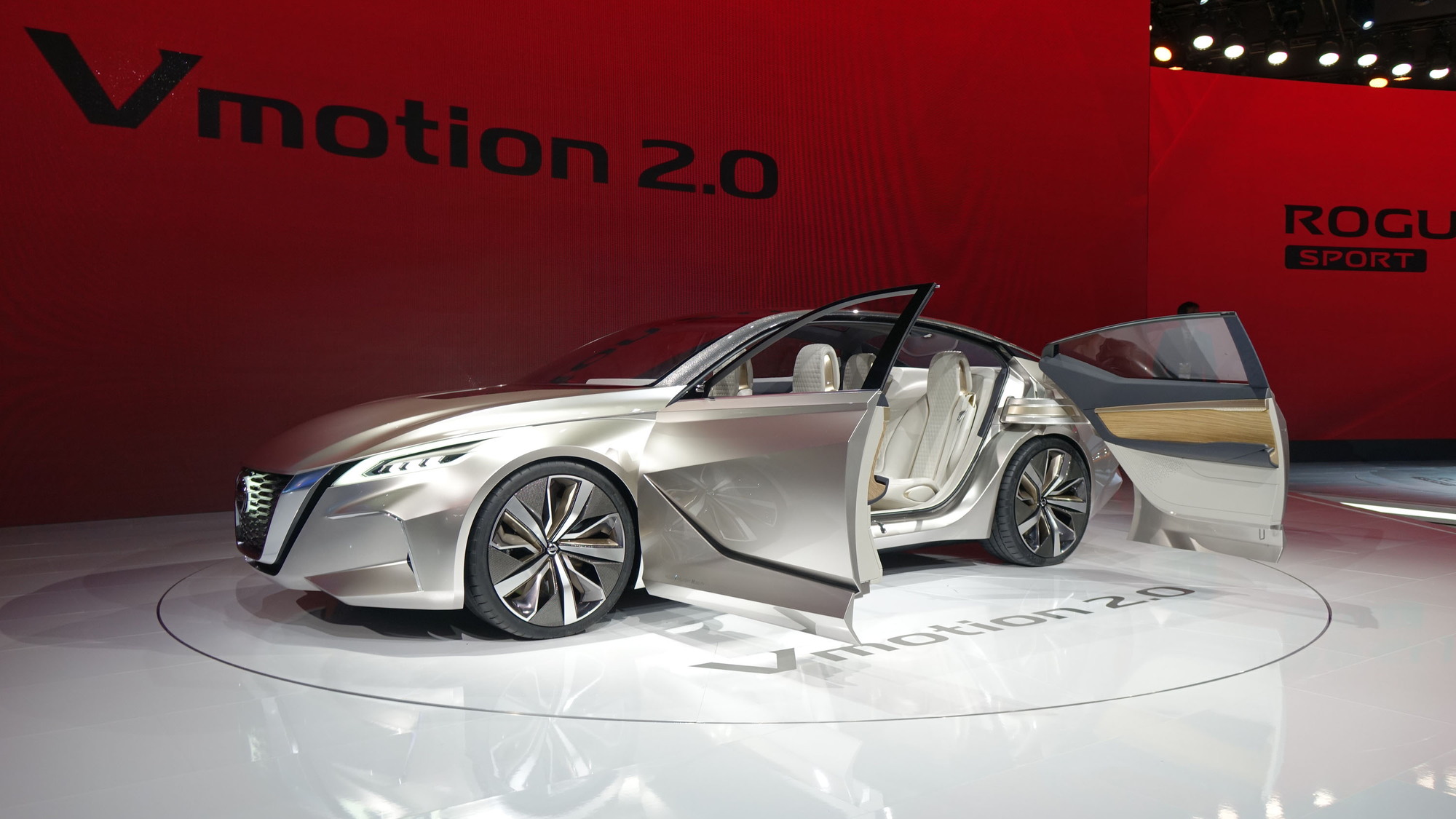 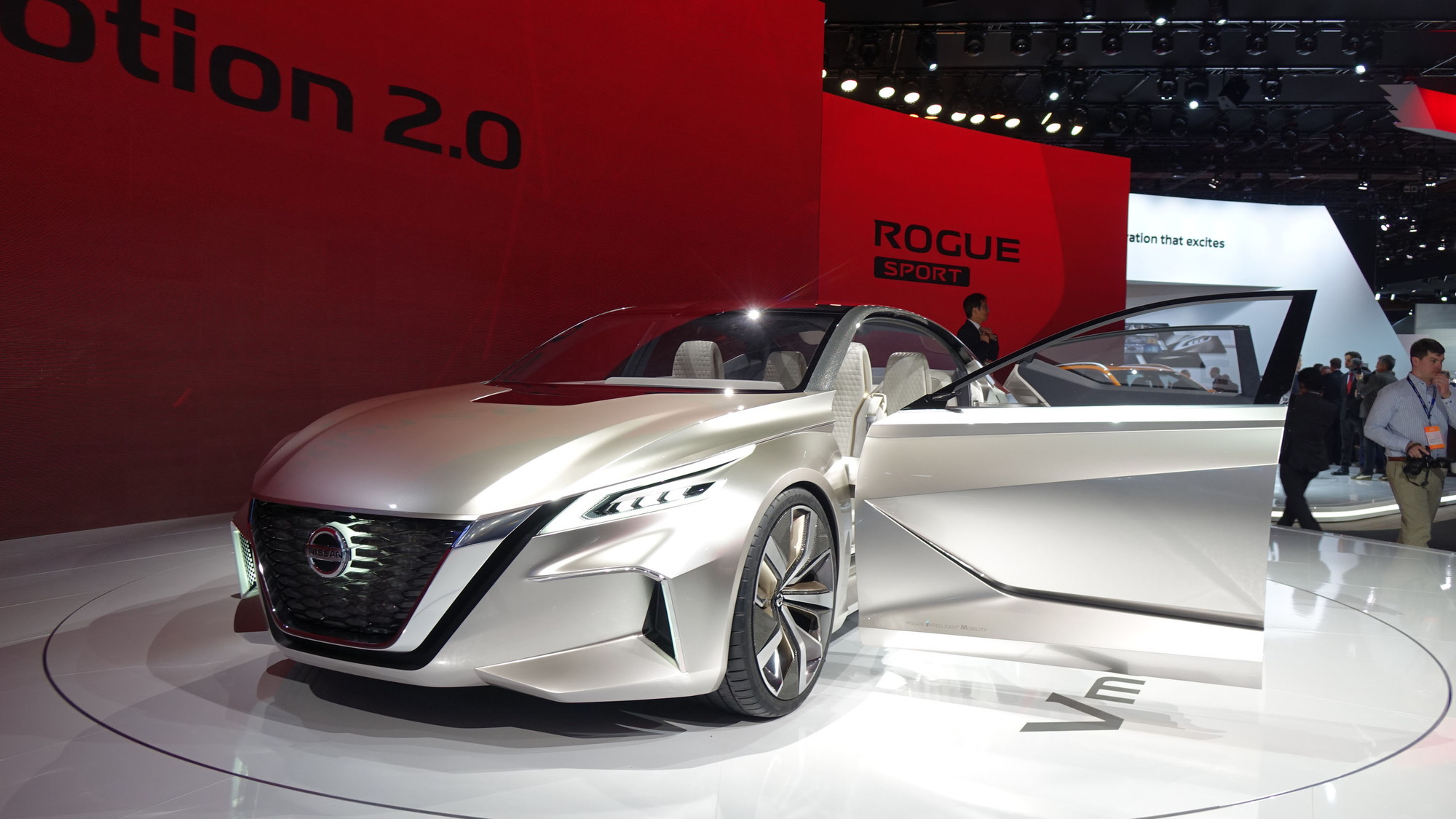 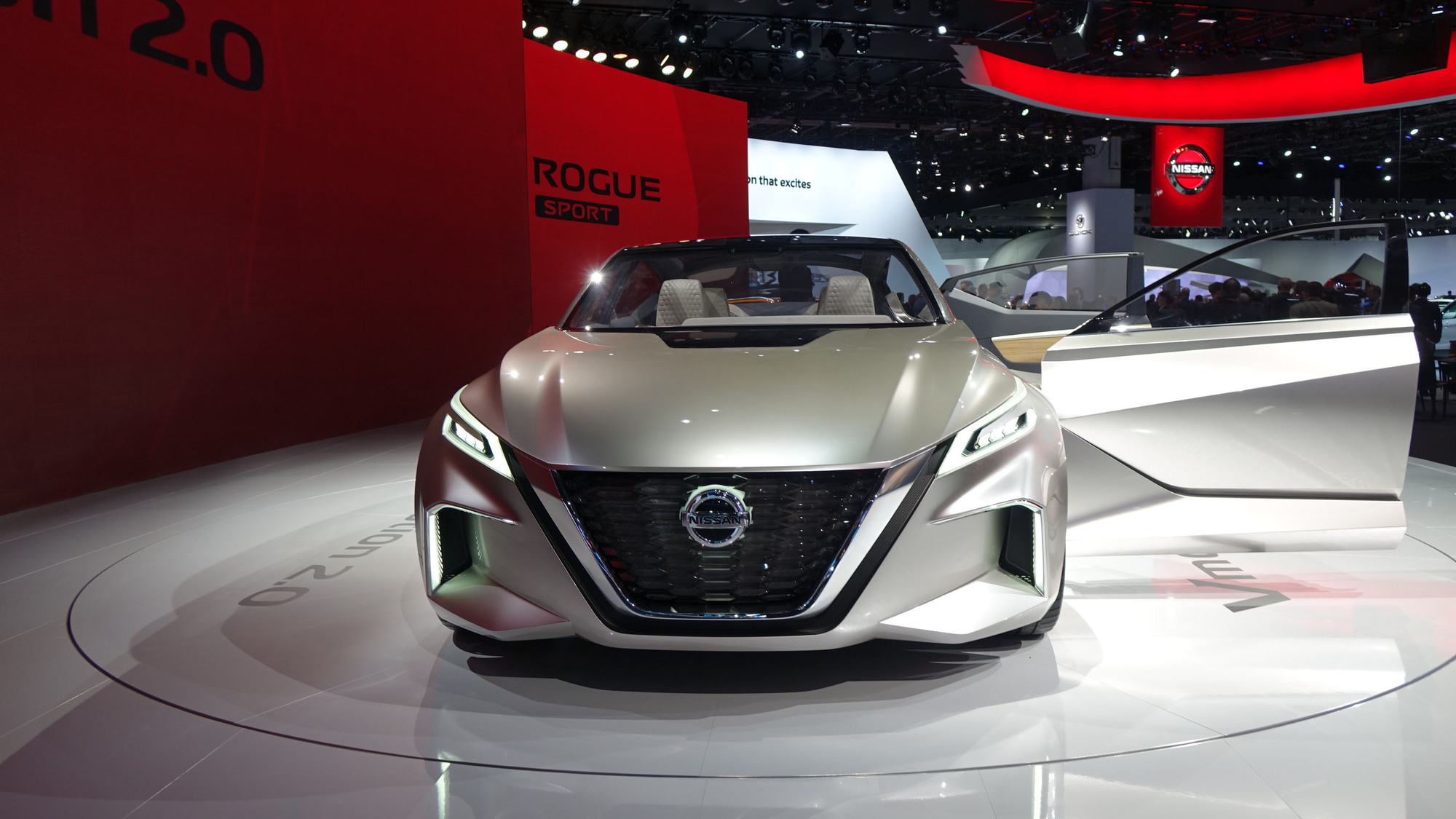 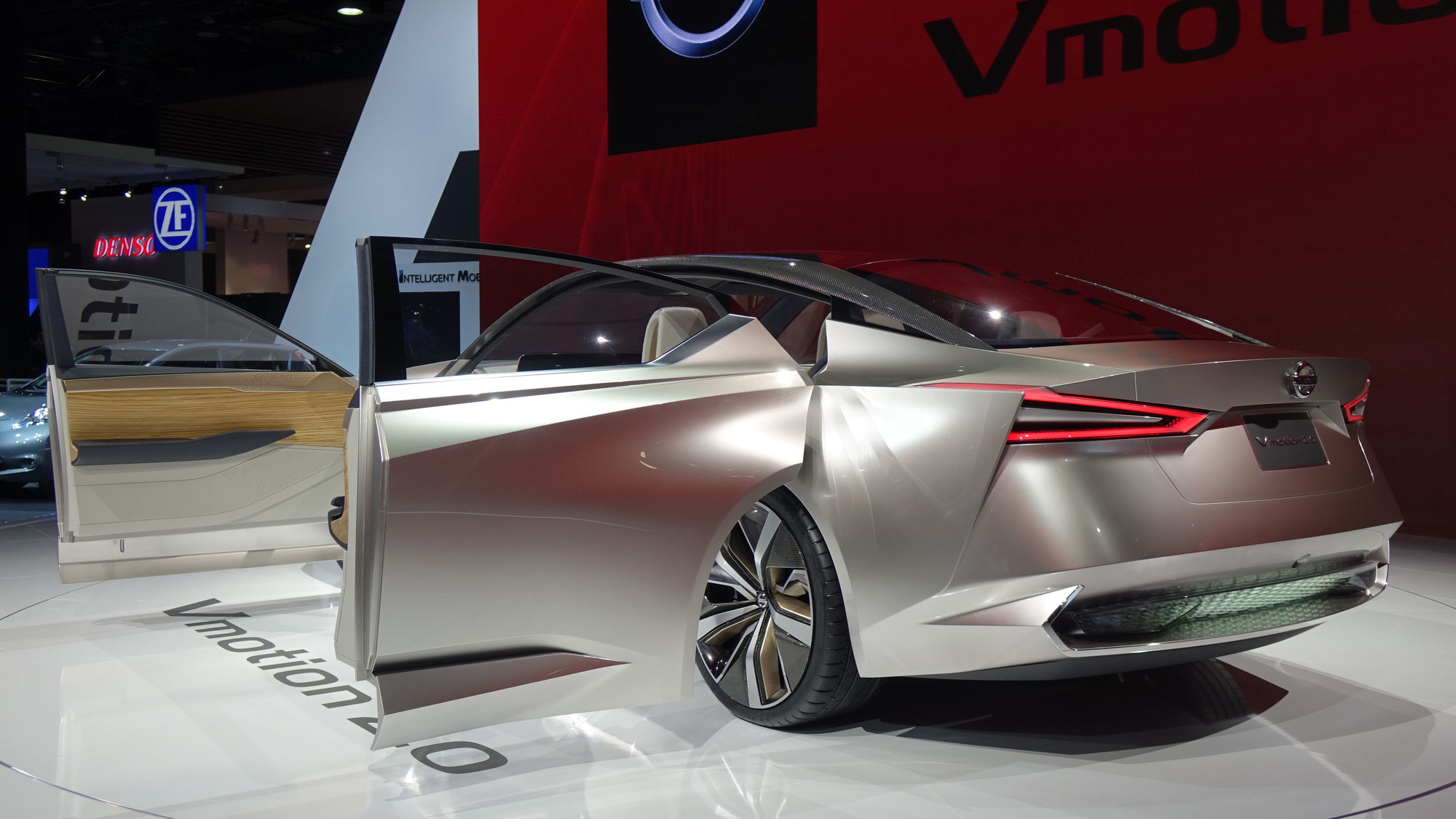 Squint and you'll get a glimpse of the future with the Nissan Vmotion 2.0 concept car, unveiled on Monday at the 2017 Detroit auto show.

Nissan says the concept wears an evolution of its V-Motion design theme. More specifically, the concept looks to us like a preview of the next-generation Altima sedan, which is due for a reveal in the next 12-18 months. (It stretches 191.3 inches, which is the same length as the current Altima.)

The Vmotion 2.0 takes the brand's V-shaped grille design to the extreme, pushing it down nearly to the bottom of the car's front bumper. The concept's carbon fiber roof glides down into Nissan's now-signature floating C-pillar design, a look that we've seen on the latest Murano and Maxima.

Inside, the look is even more dramatic thanks to extensive use of zebra wood on the concept's door panels and even its floor. The dashboard integrates the instrument panel and infotainment system for both the driver and passenger. There’s also a special Bose stereo with the audio brand’s UltraNearfield speakers, designed to help improve situational awareness by creating a 360-degree sound field centered on the driver.

And that single continuous horizontal display integrates the user interface for Nissan’s upcoming self-driving system, which has been dubbed ProPilot. The system will be launched soon, though initially it will only handle some simple situations such as highway driving and crawling in track. Nissan says ProPilot will eventually handle more complex situations such as urban roads with intersections.