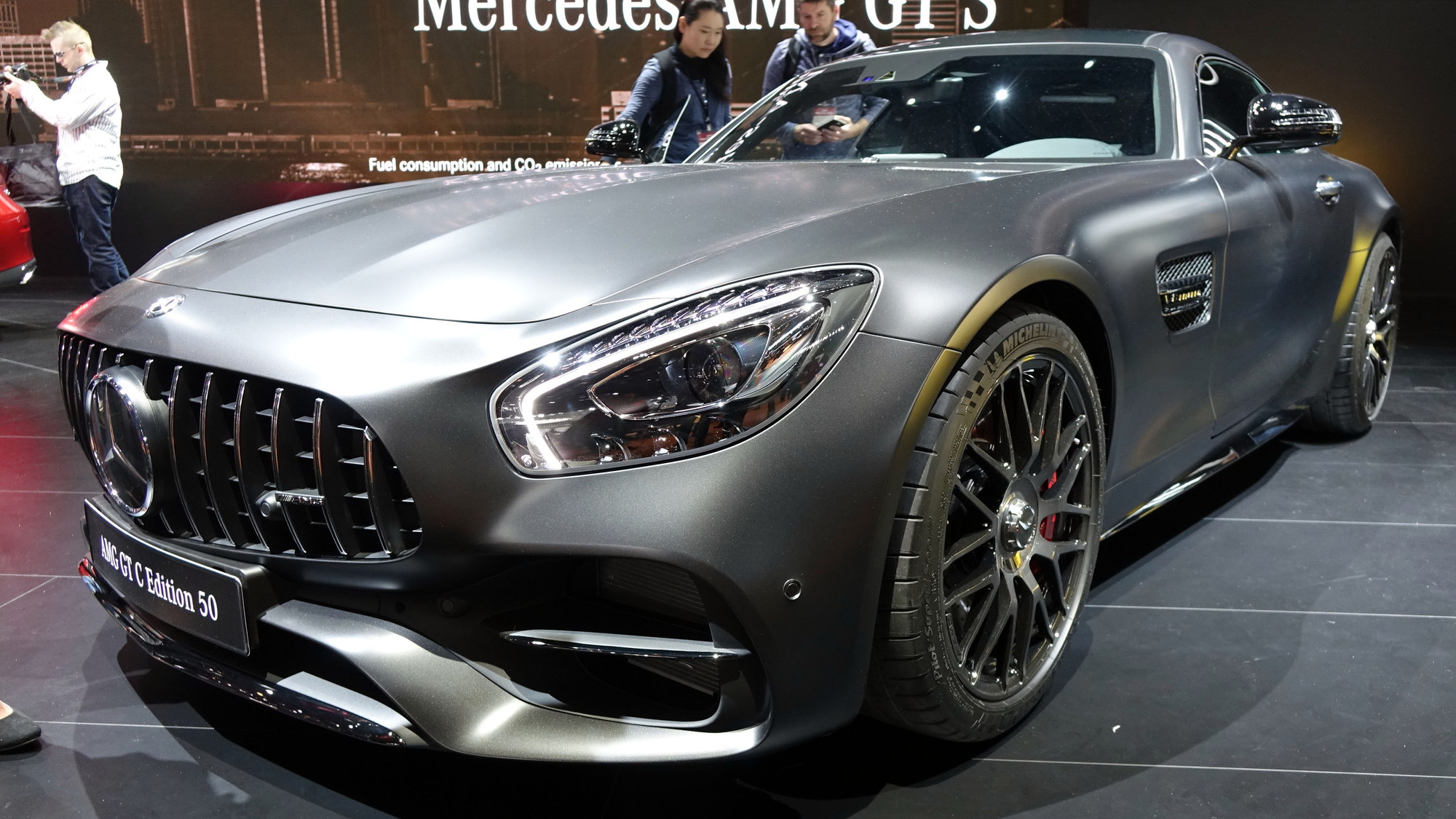 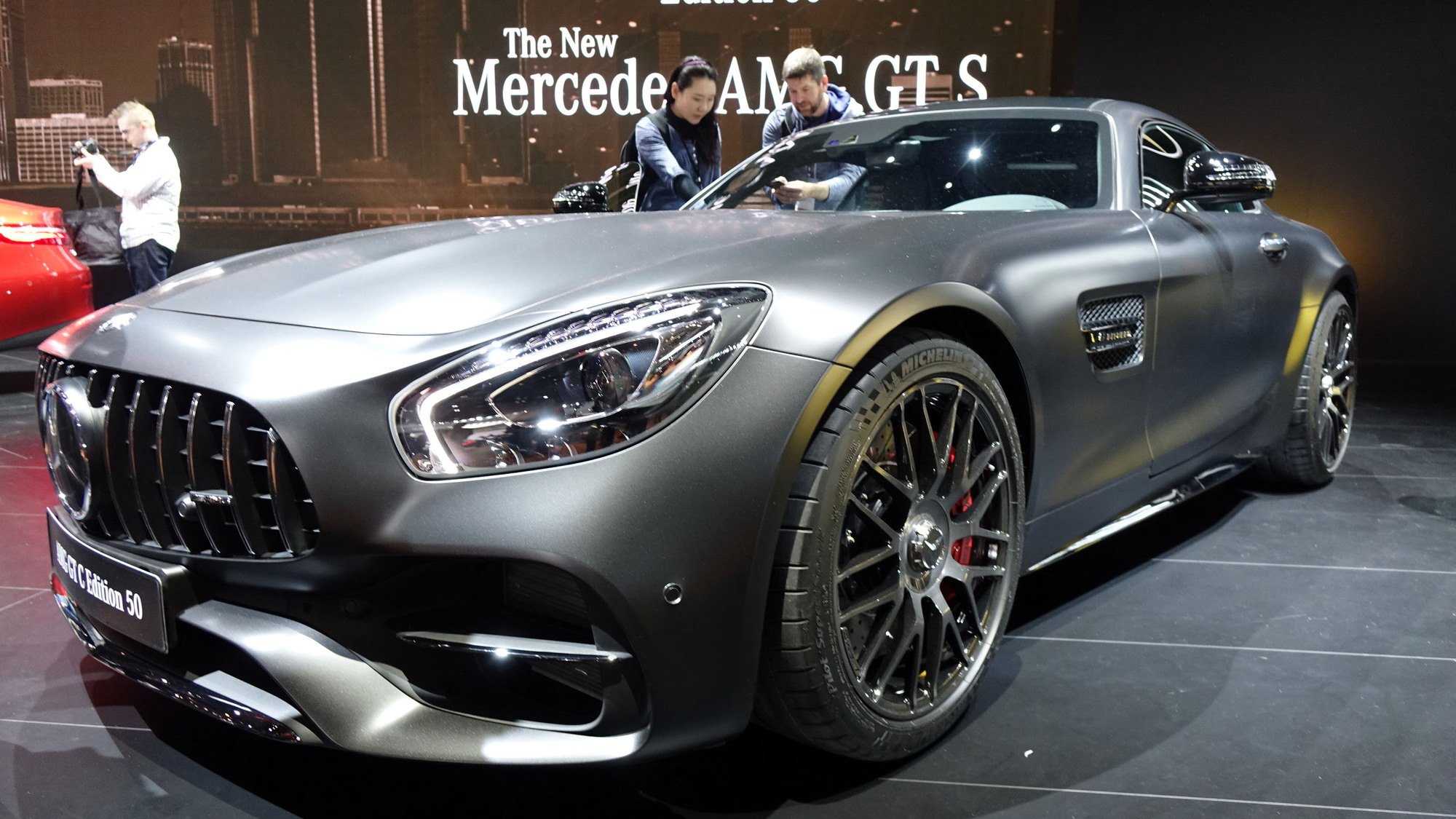 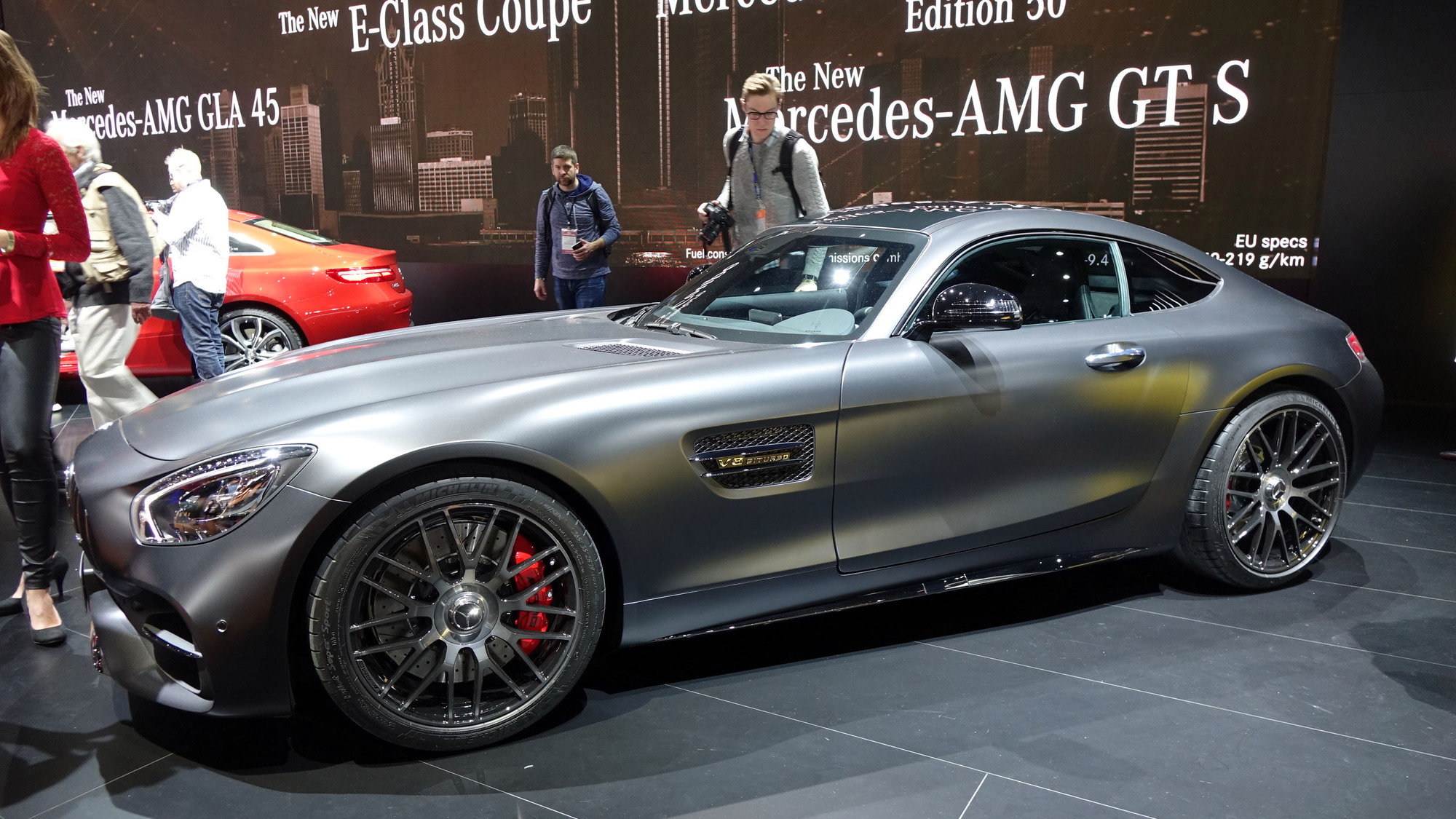 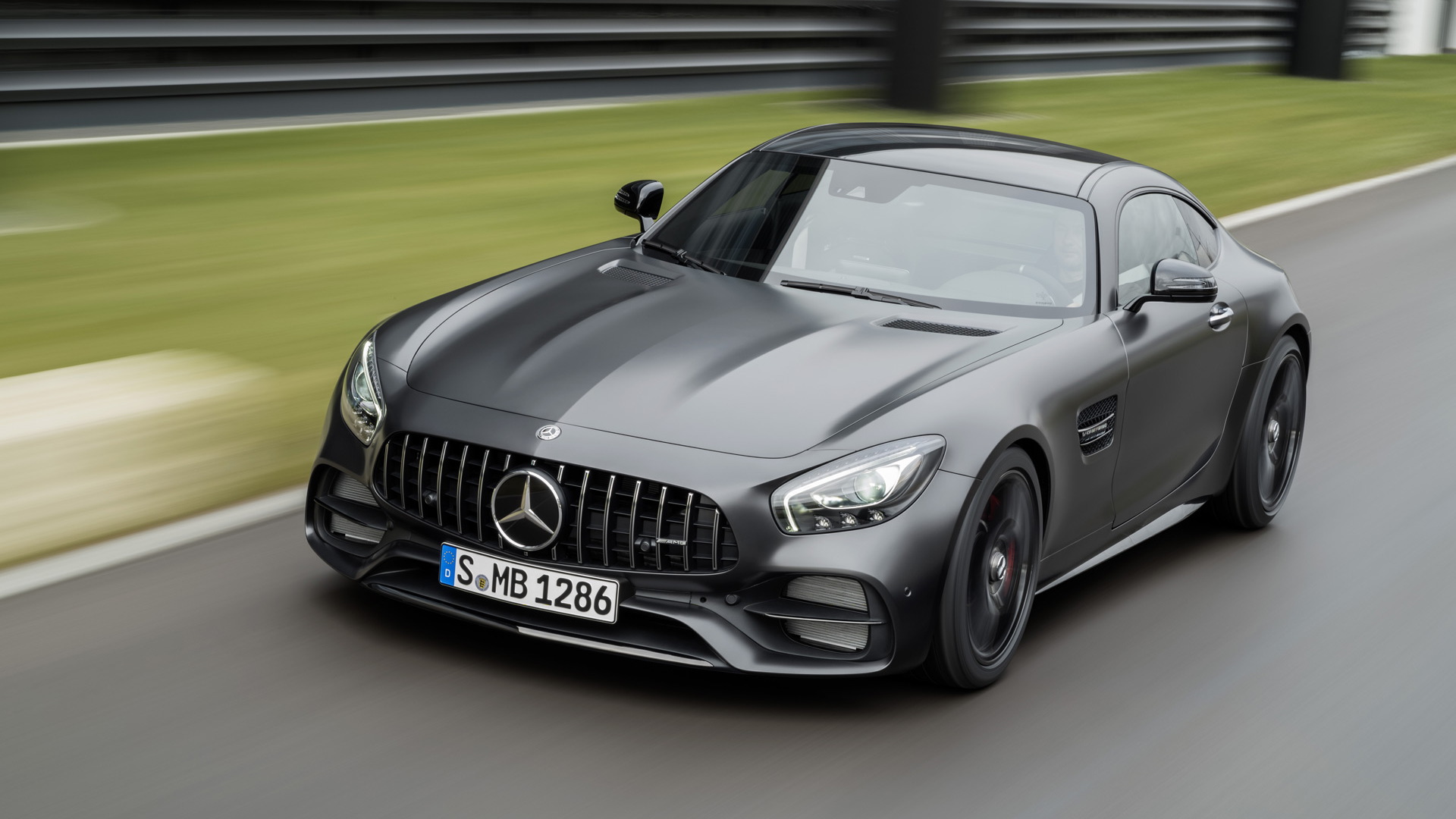 The Mercedes-AMG GT C Roadster that we first saw at the 2016 Paris auto show has spawned a coupe sibling.

The enclosed car was unveiled on Monday at the 2017 Detroit  auto show, where it was joined by refreshed versions of the tamer GT and GT S models.

The GT C coupe has hardly been a secret. It was first announced in a presentation slide made to investors in July. In the slide, it was confirmed that the market launch for the GT C will be in late 2017. It arrives as a 2018 model.

The car borrows elements from the track-focused GT R, like the protruding “Panamericana” grille, wider fenders covering up a wider track, and rear-wheel steering. It doesn’t quite match the GT R’s 577 horsepower, but there’s still 550 hp from the familiar twin-turbocharged 4.0-liter V-8 to ensure bragging rights over the GT S and GT. The car will sprint to 60 mph in 3.6 seconds and top out at 197 mph.

If you’re confused by the alphabet soup of names, just think of the GT C as AMG’s rival to the Porsche 911 Turbo. The GT S targets the 911 Carrera S while the base GT targets the base Carrera. The GT R targets the more hardcore 911 GT3/GT3 RS models, although it has been shown to be quicker than the Porsches, and eventually AMG will add a GT Black Series. That last one will go up against Porsche’s 911 GT2, a new generation of which is still brewing.

Note, the version of the GT C on show in Detroit is a special "Edition 50" model. The car signifies 2017’s 50th anniversary of the AMG skunk works which will be celebrated throughout the year under the theme “50 Years of Driving Performance.” The celebrations will culminate with the unveiling of AMG’s new hypercar.

Just 50 examples of the GT C Edition 50 will be offered in the United States. The cars come in an exclusive finish called Designo Graphite Gray Magno and feature black chrome accents on the side skirt trim, front splitter, trim strips in the air inlets of the grille, fins on the side air outlets in the front fenders, the molding on the rear diffuser and exhaust tailpipe trims. Black accents can also be found in the cabin.