Update: A version of Mercedes-Benz’s investor presentation slide released on Thursday showed a GLA Coupe. The slide has since been replaced by an updated version that shows a GLA facelift at the point where the GLA Coupe was originally depicted.

Mercedes-Benz has slipped some information about upcoming product launches in a presentation slide forming part of its half year financial results released on Thursday.

The slide, reproduced above, shows various product launches for calendar years 2016 and 2017. Most of the vehicles are already known but there are also some surprises.

It should be noted that the dates represent global launches so the arrival of the vehicles in the United States will likely feature a different timeline.

Of particular interest is confirmation that Mercedes-AMG’s GT sports car will get a convertible bodystyle in first half of 2017. The slide refers to the car as a GT C Roadster and indicates that a GT C Coupe will be launched towards the end of 2017. This suggests that the “C” in the name, rather than standing for Cabriolet, may stand for Clubsport or something similar, a new trim level perhaps between the GT S (Sport) and GT R (Race) in AMG’s GT sports car hierarchy. 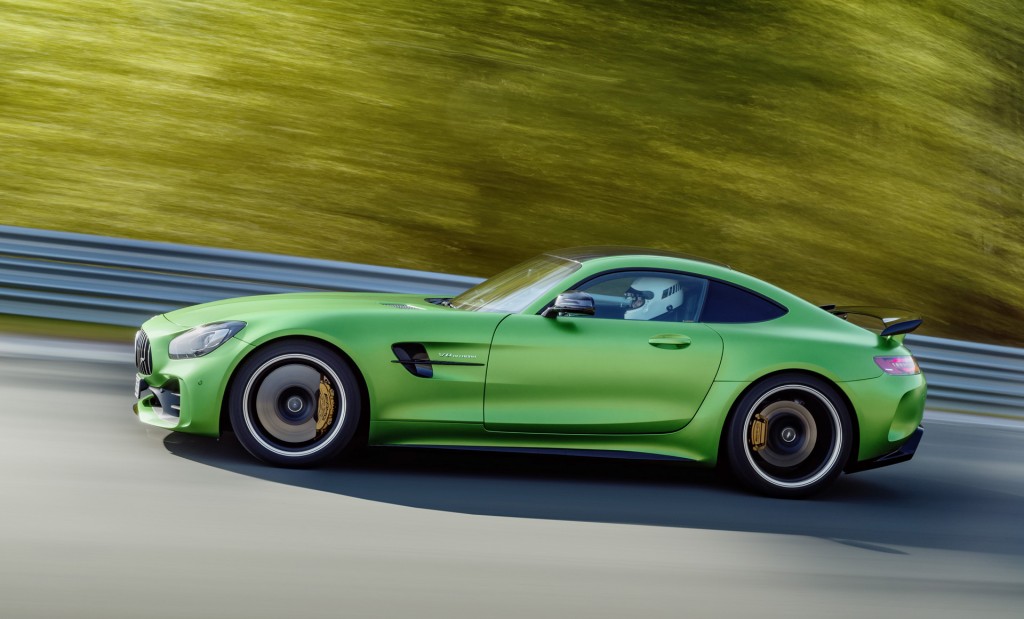 Another new product confirmed in the slide is an E-Class All Terrain, also due in the first half of 2017. This vehicle is essentially a softroader based on the latest E-Class Wagon.

Finally, the slide reveals that Mercedes’ new pickup truck will be introduced in the second half of 2017.

At present neither the E-Class All Terrain nor the pickup truck are expected in the U.S.