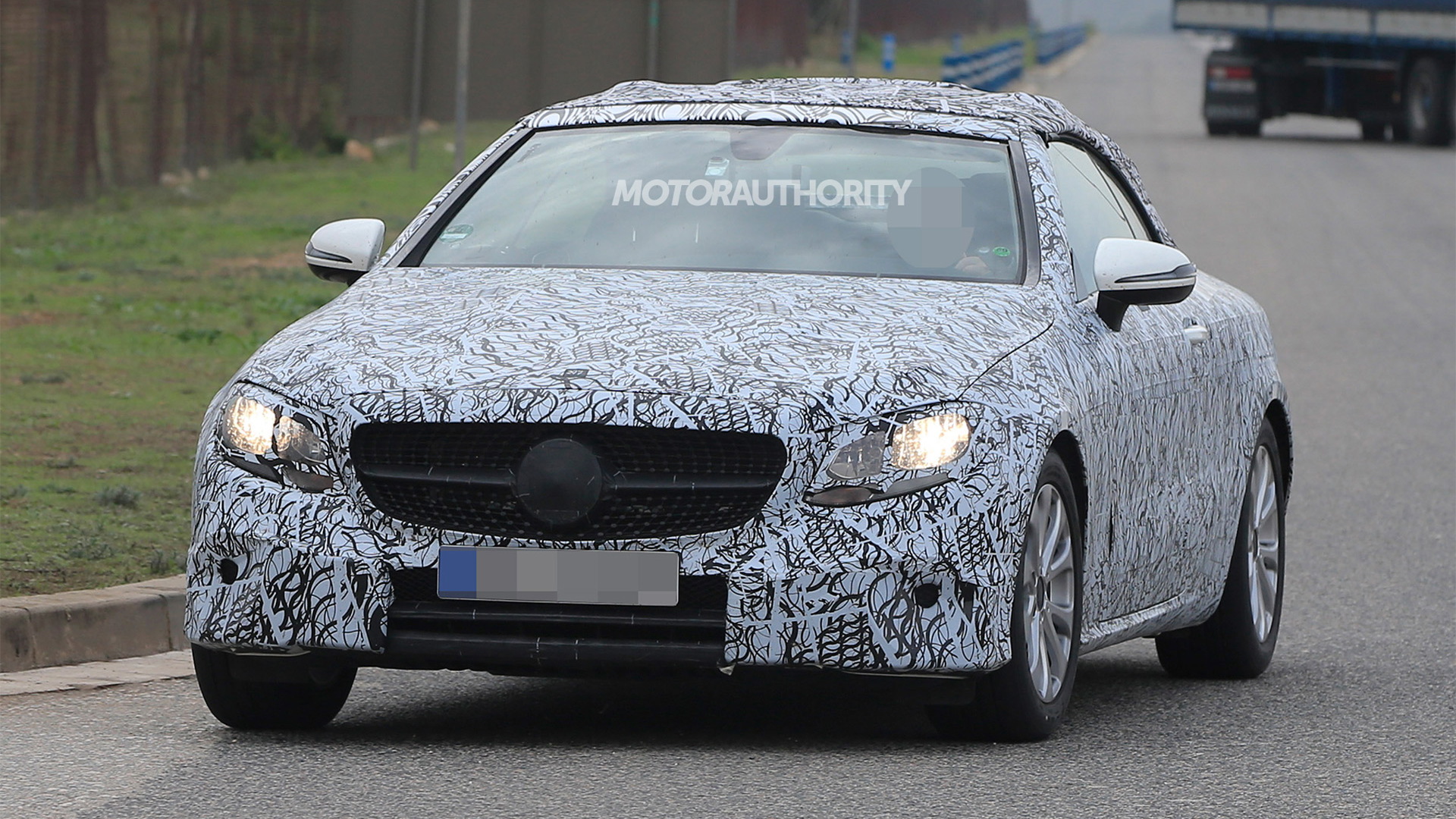 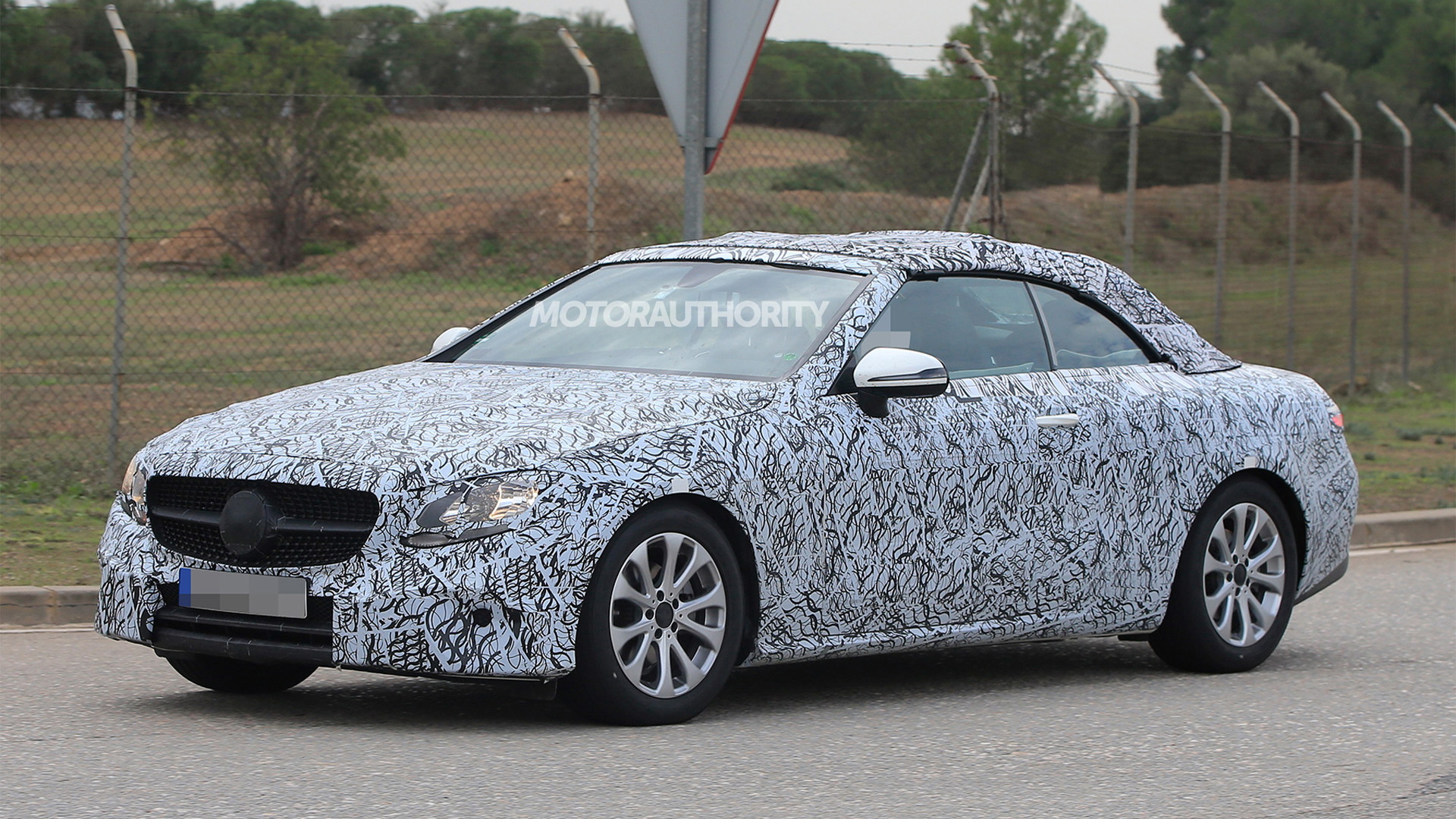 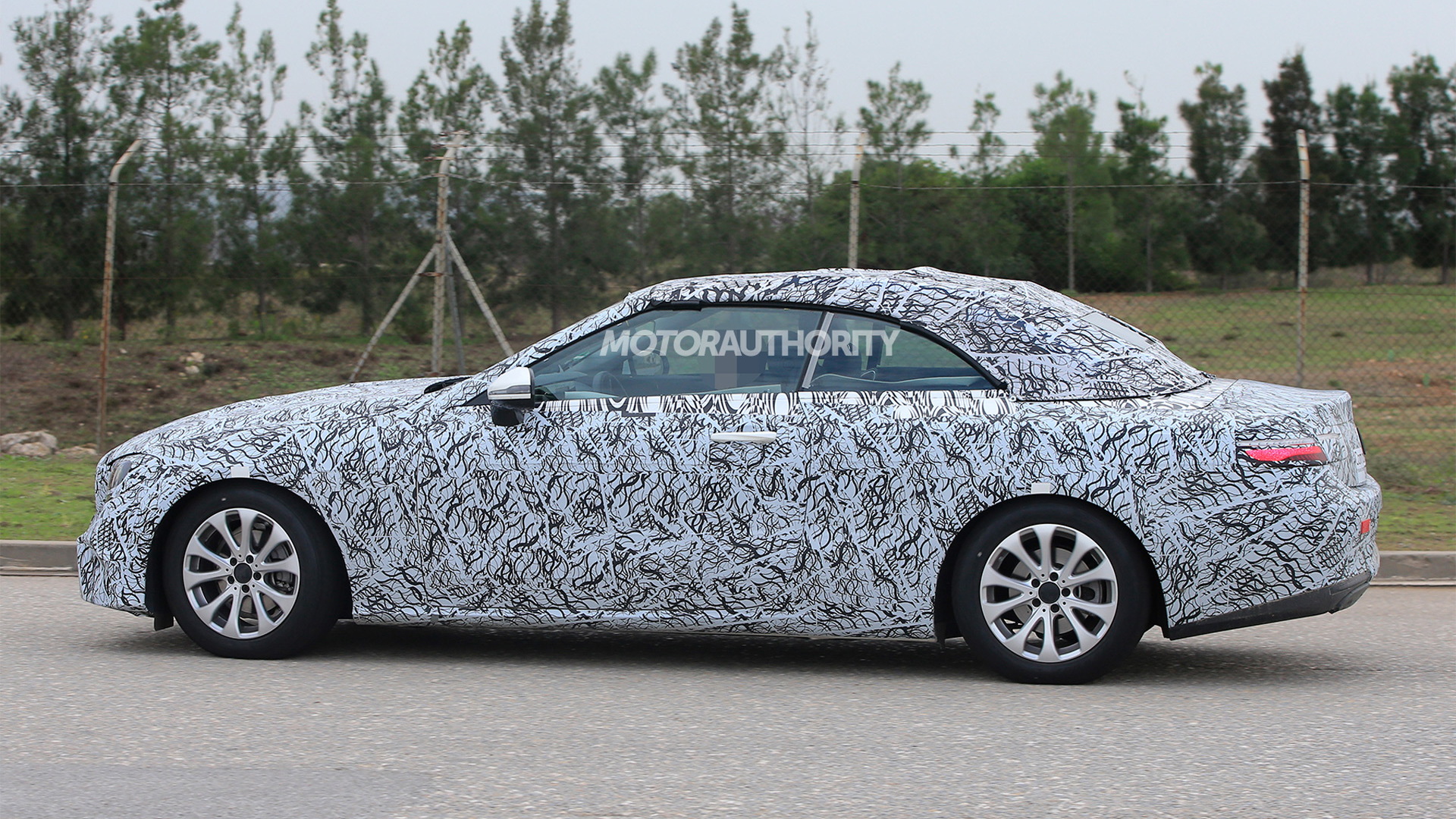 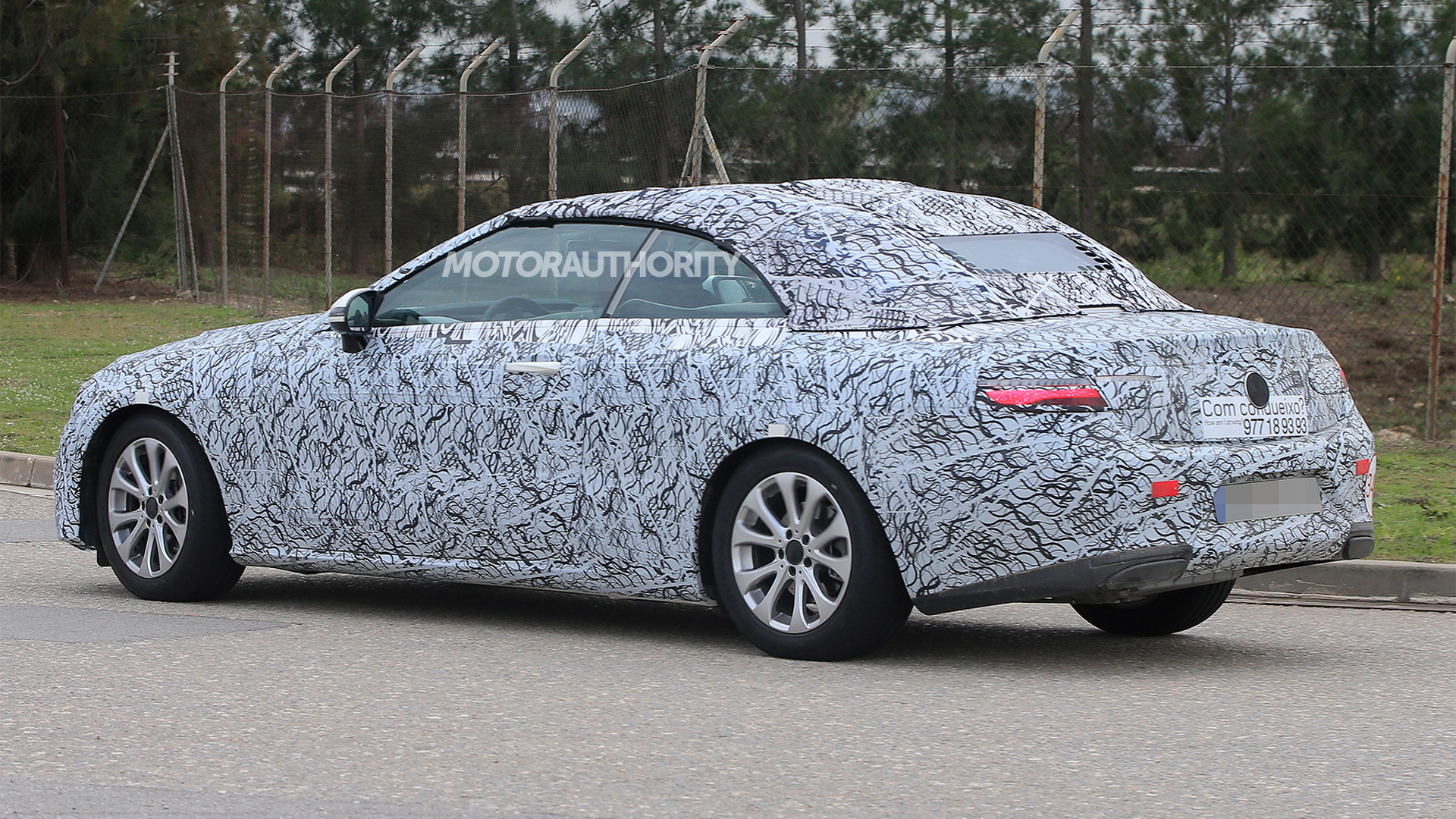 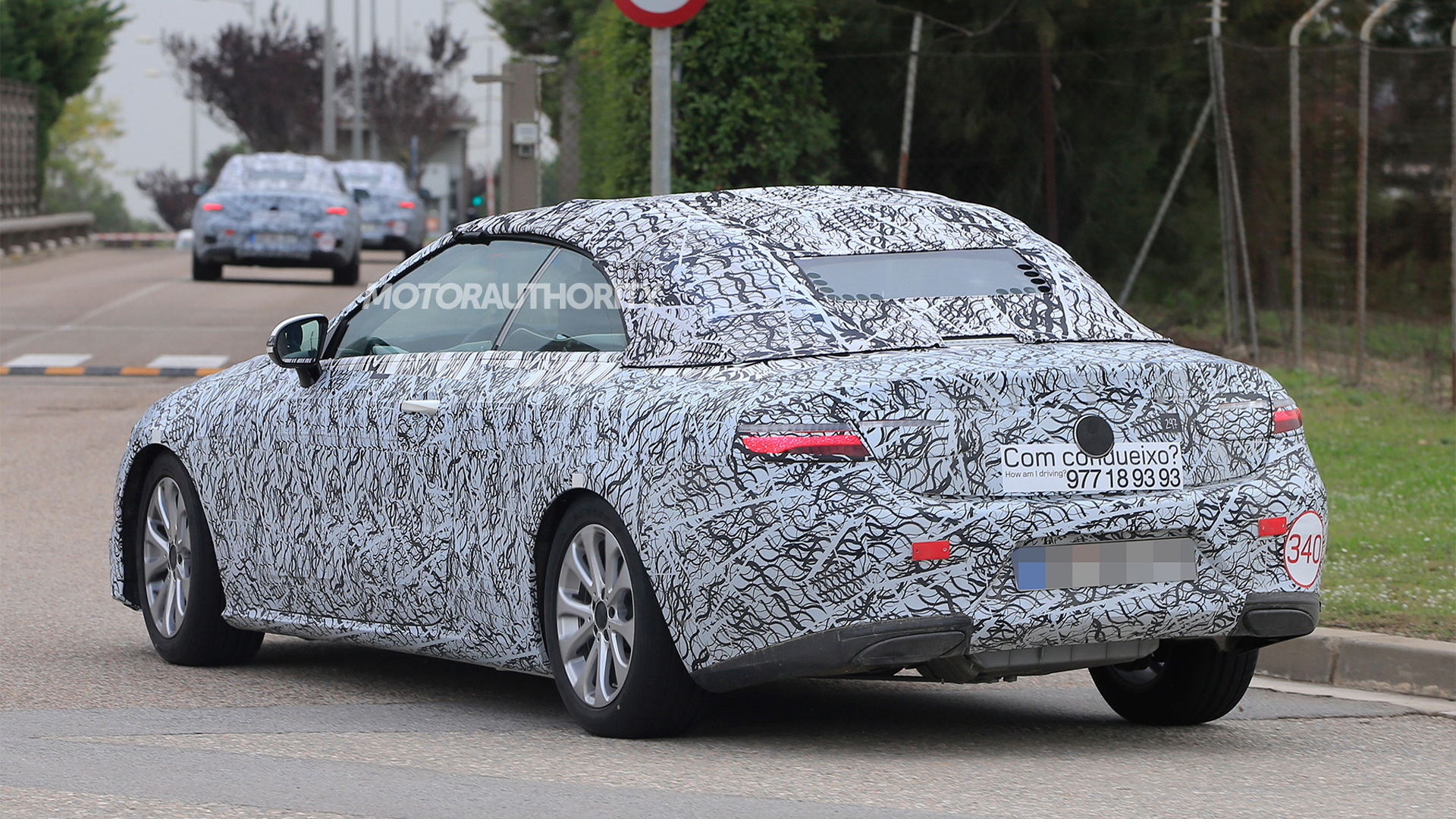 Despite the arrival of the new C-Class Coupe and C-Class Cabriolet, Mercedes-Benz has no intention of phasing out the only marginally larger two-door E-Class variants.

Today we have new spy shots of the new E-Class Cabriolet. They come just days after the sighting of the E-Class Coupe.

Both are derived from the latest E-Class sedan, meaning they ride on Mercedes’ modular platform for rear-wheel-drive cars, known as the MRA. They also appear to be slightly larger than the models they’re set to replace.

Don’t expect any surprises with the design, though. One of the shots shows the E-Class Cabriolet alongside the smaller C-Class Cabriolet, revealing the similarities between the two. And although the roof is heavily camouflaged, we know the design team has employed an automated soft-top.

Powertrains should include inline-4 and -6 units, in both gasoline and diesel flavors. Hopefully there will also be a high-performance E63 Cabriolet from Mercedes-AMG. If so, it should adopt the tuner’s twin-turbocharged 4.0-liter V-8 and have an output close to 600 horsepower.