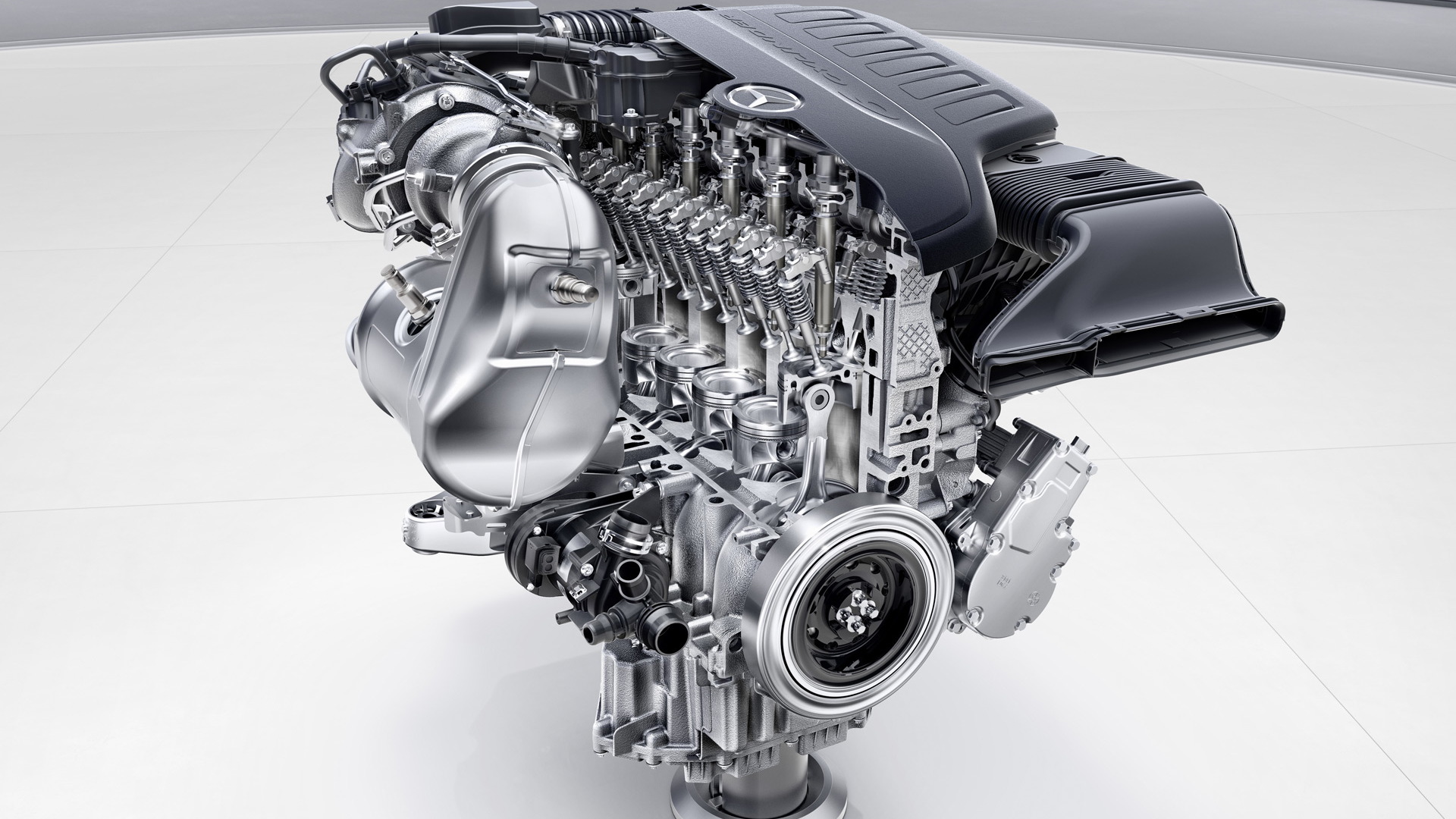 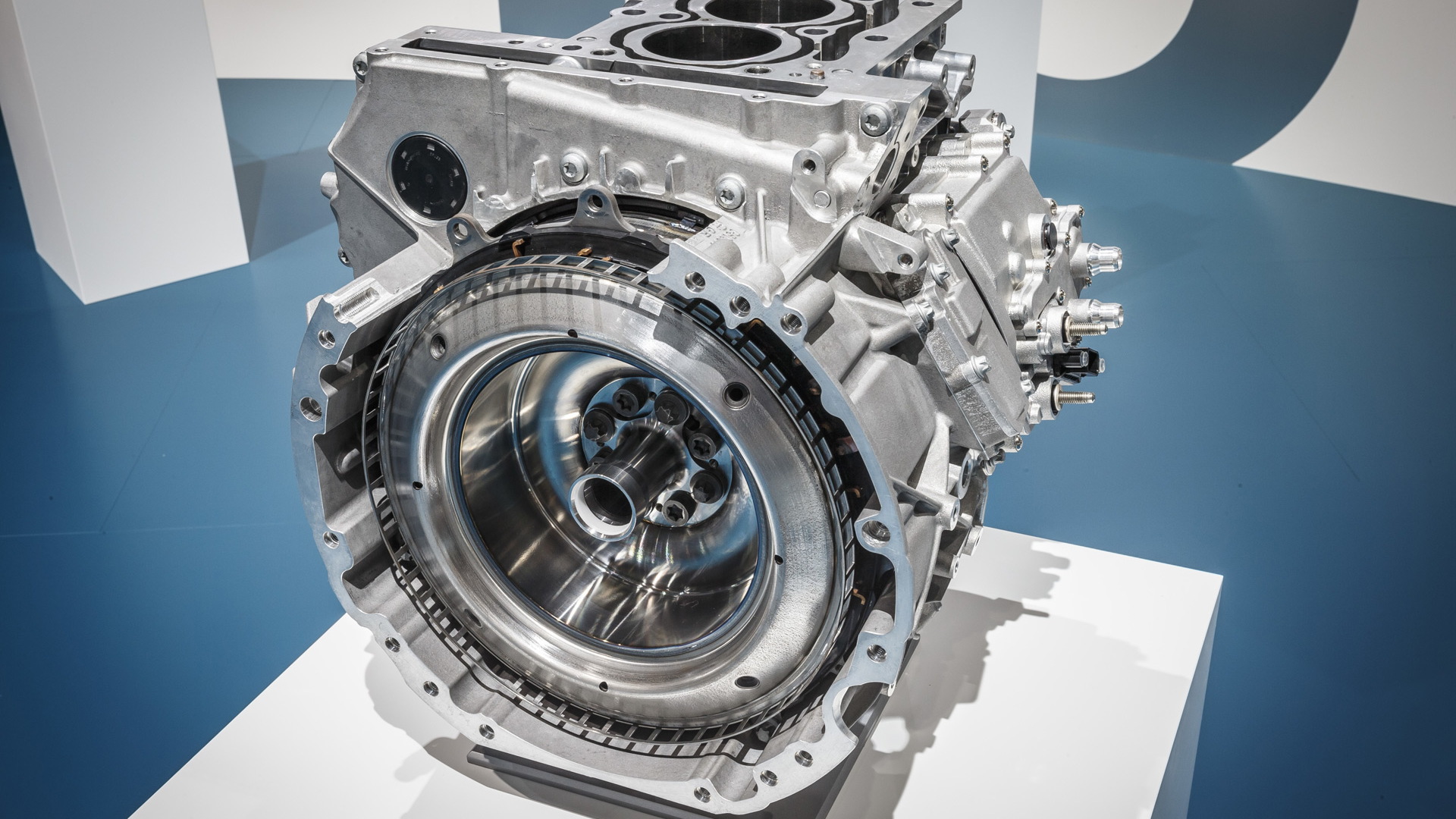 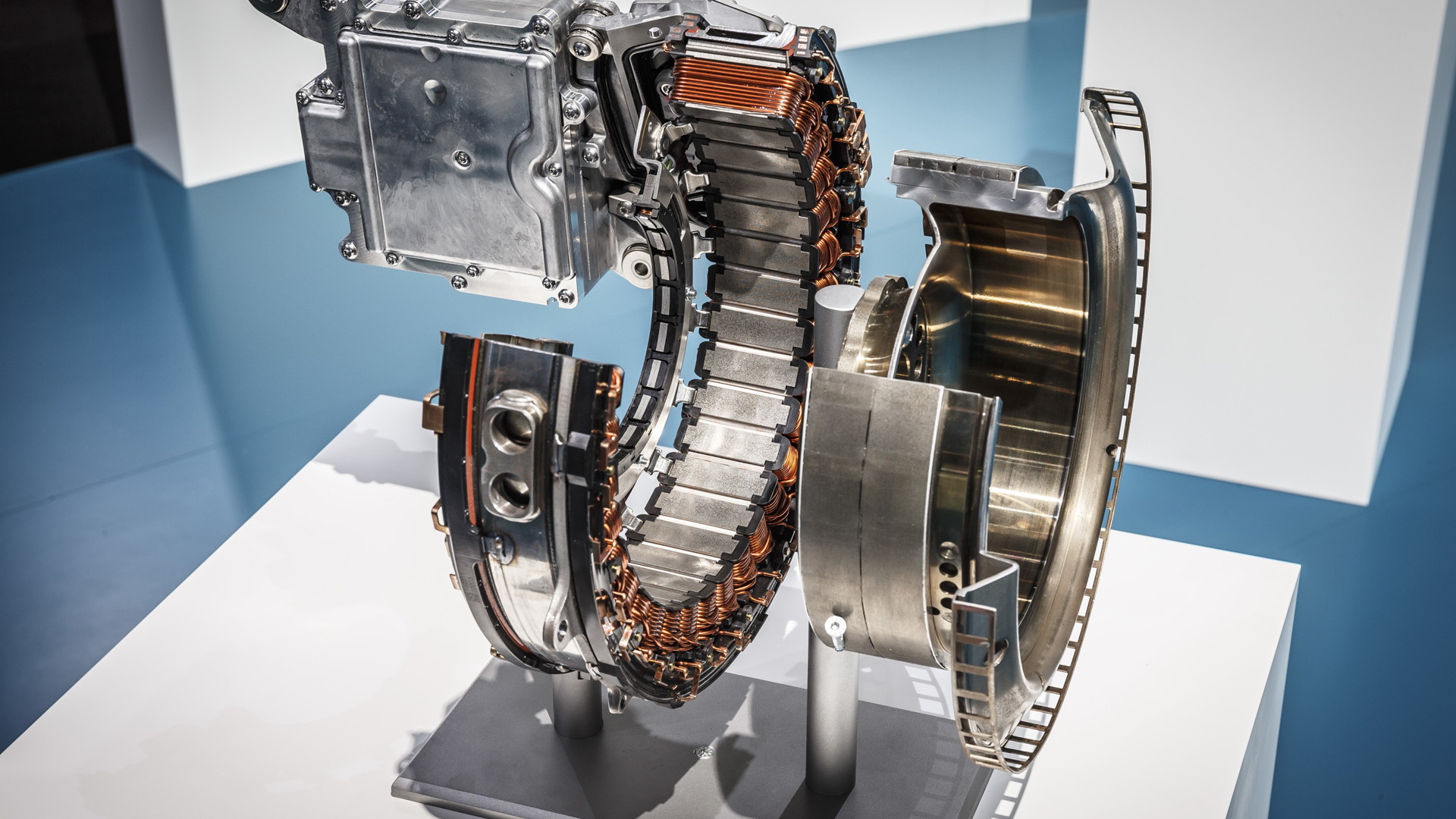 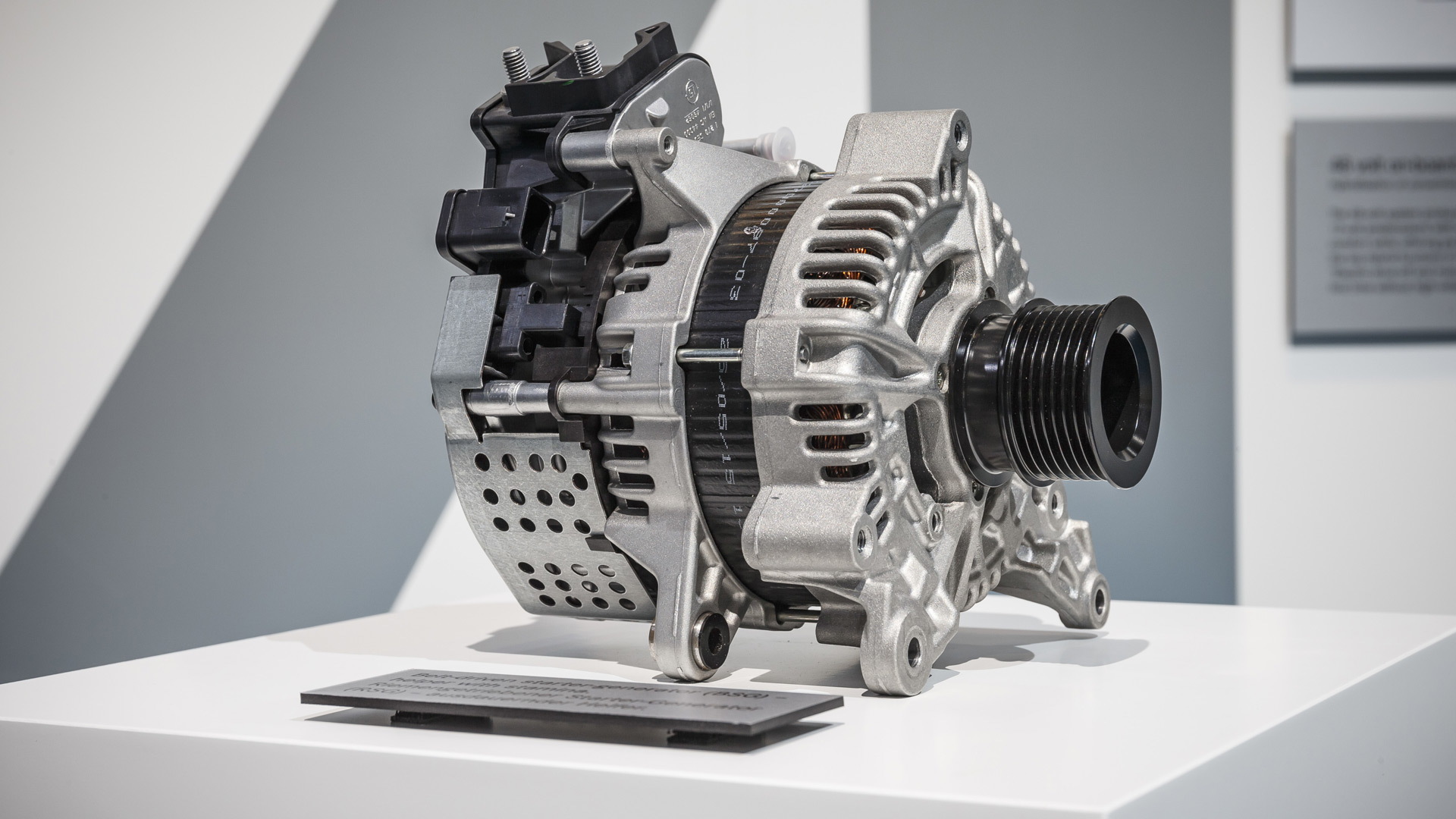 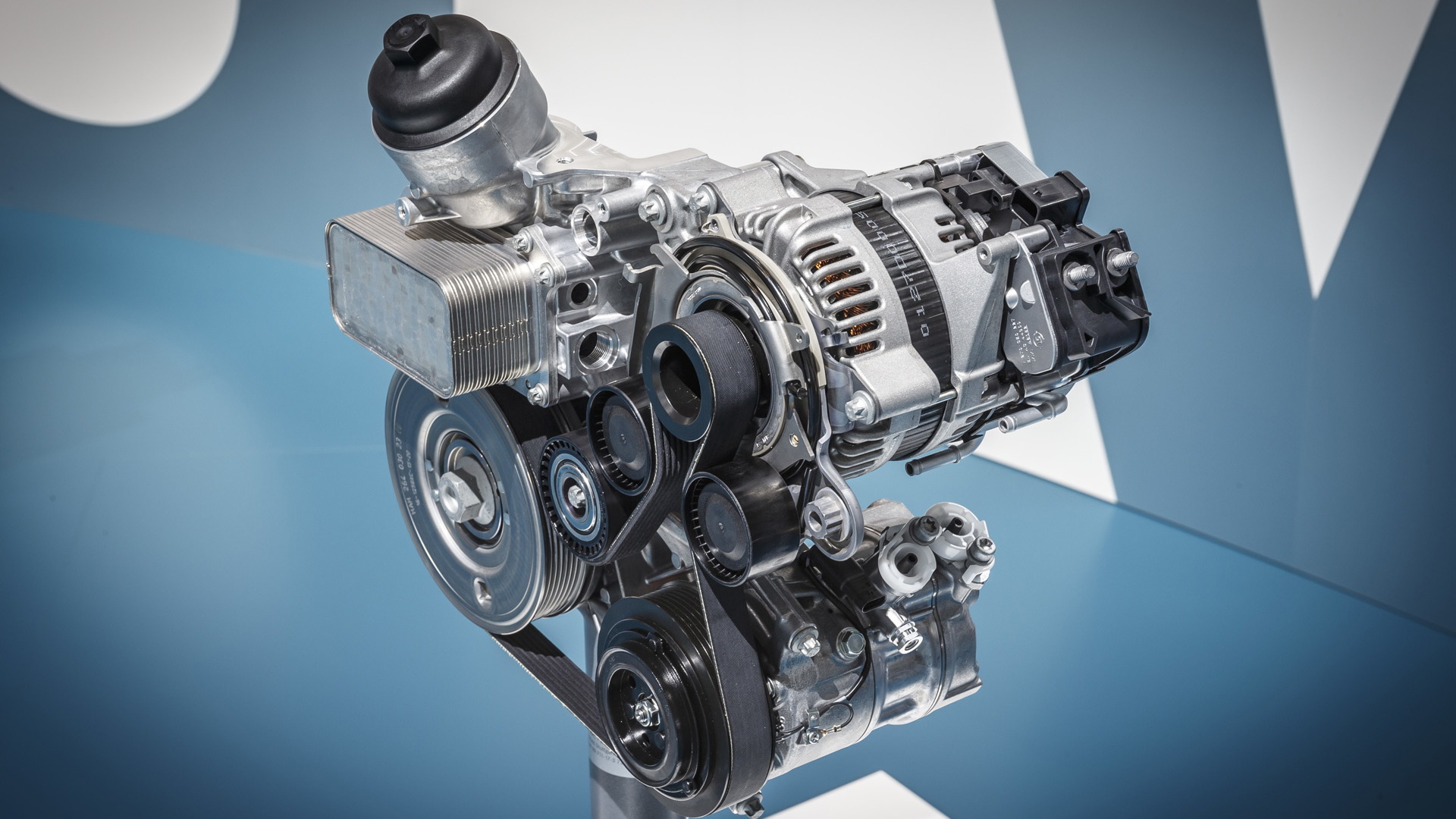 Despite its major push into electric cars, Mercedes-Benz is spending billions on developing new, more efficient internal combustion engines. The next-generation engines will start making their way into the automaker’s lineup here in the United States from 2017, with the first recipient to be an updated S-Class.

The new engines are based on a modular design where each cylinder has a 0.5-liter displacement. There will be 4-, 6- and 8-cylinder units in this modular family. Crucially, the 6-cylinder engines will feature an inline configuration. 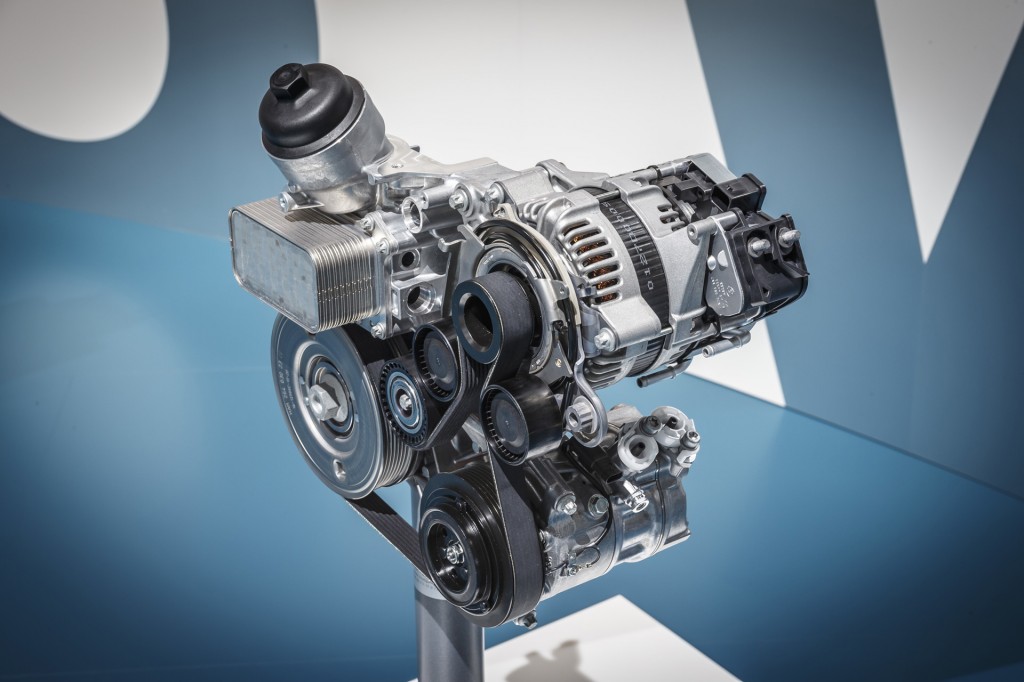 We’ve already had a look at Mercedes’ next-generation 4-cylinder engines, which feature a 2.0-liter displacement and conventional inline-4 design. They’ve already started appearing in some diesel models overseas. They are lighter and more compact to predecessor units, thanks mostly to aluminum construction.

They also get a 48-volt belt-driven starter generator (RSG) that replaces the traditional start motor and generator (commonly referred to as an alternator). The more powerful setup compared to a conventional starter motor makes the engine start more smoothly, which is important for start-start applications. The RSG can also aid the engine during high-load situations and can recapture engine more efficiently. It also enables coasting with the engine switched off.

The new inline-4 engines are capable of delivering approximately 134 horsepower per liter of displacement, meaning a potential peak output of around 268 hp. 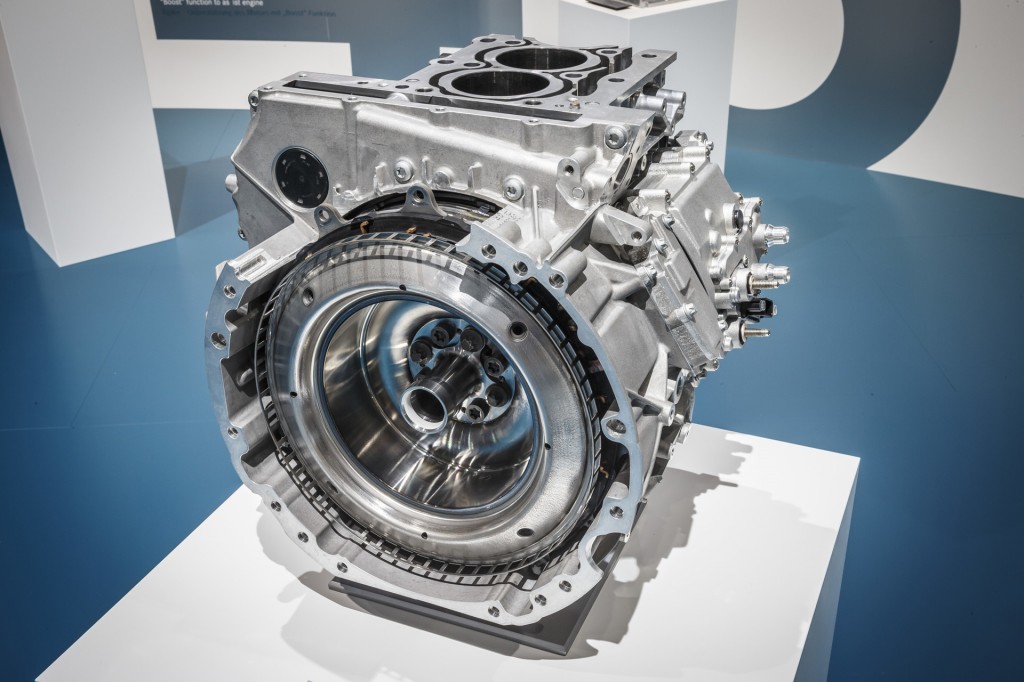 As mentioned earlier, the 6-cylinder engines adopt an inline-6 configuration, with a 3.0-liter displacement. They also benefit from electric compressors and an integrated starter generator (ISG). Audi was the first with an electric compressor, launching the technology in 2016 in the SQ7 TDI. Electric compressors, as the name suggests, rely on an electric motor to spin a compressor wheel and help supply boost pressure for turbocharged engines at low rpm. The electric compressor accelerates to 70,000 rpm within 300 milliseconds, ensuring an extremely spontaneous reaction from the engine. The result is strong engine response with no turbo lag.

The ISG is similar to the RSG but even more powerful. Instead of a standard starter and generator, the ISG replaces these with a single, powerful starter generator sandwiched between the engine and transmission. The starter generator can now assist the internal combustion engine, for example when moving off the line or under high-load situations, and under braking it can recover energy. This recovered energy can be used not only for aiding acceleration but also to power ancillary features such as the air conditioner, engine cooling systems, and in-car entertainment systems.

Mercedes says the ISG can add a 20 horsepower and 162 pound-feet of torque boost during high-load situations. The automaker boasts that the overall result is a 6-cylinder that offers the performance of an 8-cylinder. No numbers have been confirmed but Mercedes says to expect over 408 hp and 368 lb-ft. 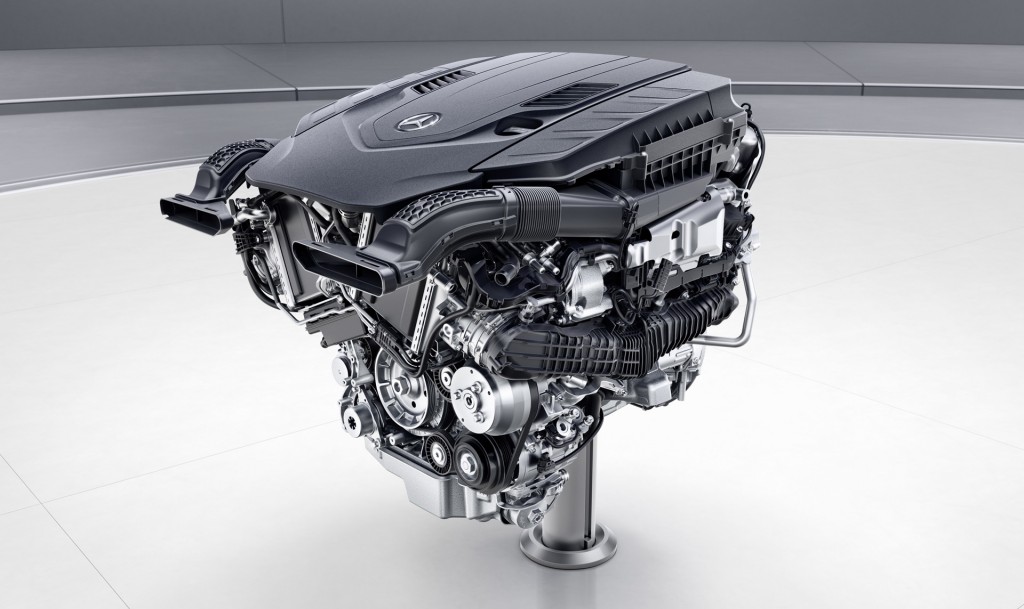 Mercedes’ new 8-cylinder engines are essentially tamer versions of the familiar twin-turbocharged 4.0-liter V-8 developed by Mercedes-AMG. The engines replace Mercedes’ existing 4.7-liter V-8s and should deliver over 476 hp and 516 lb-ft of torque for cars with "550" trim.

The key improvements here are lower displacement and cylinder deactivation. The latter relies on the interplay between engine control and actuators on the cylinder head, with the engine able to “switch off” four cylinders during low load situations by leaving the intake and exhaust valves (for cylinders 2, 3, 5 and 8) in a closed position. At the same time, the fuel supply and ignition are deactivated, so that no unburned mixture is left in the deactivated combustion chamber.

As mentioned, the next-generation engines, at least for the U.S. market, will appear in an updated S-Class. Look for it to arrive in showrooms in the summer of 2017, as a 2018 model.