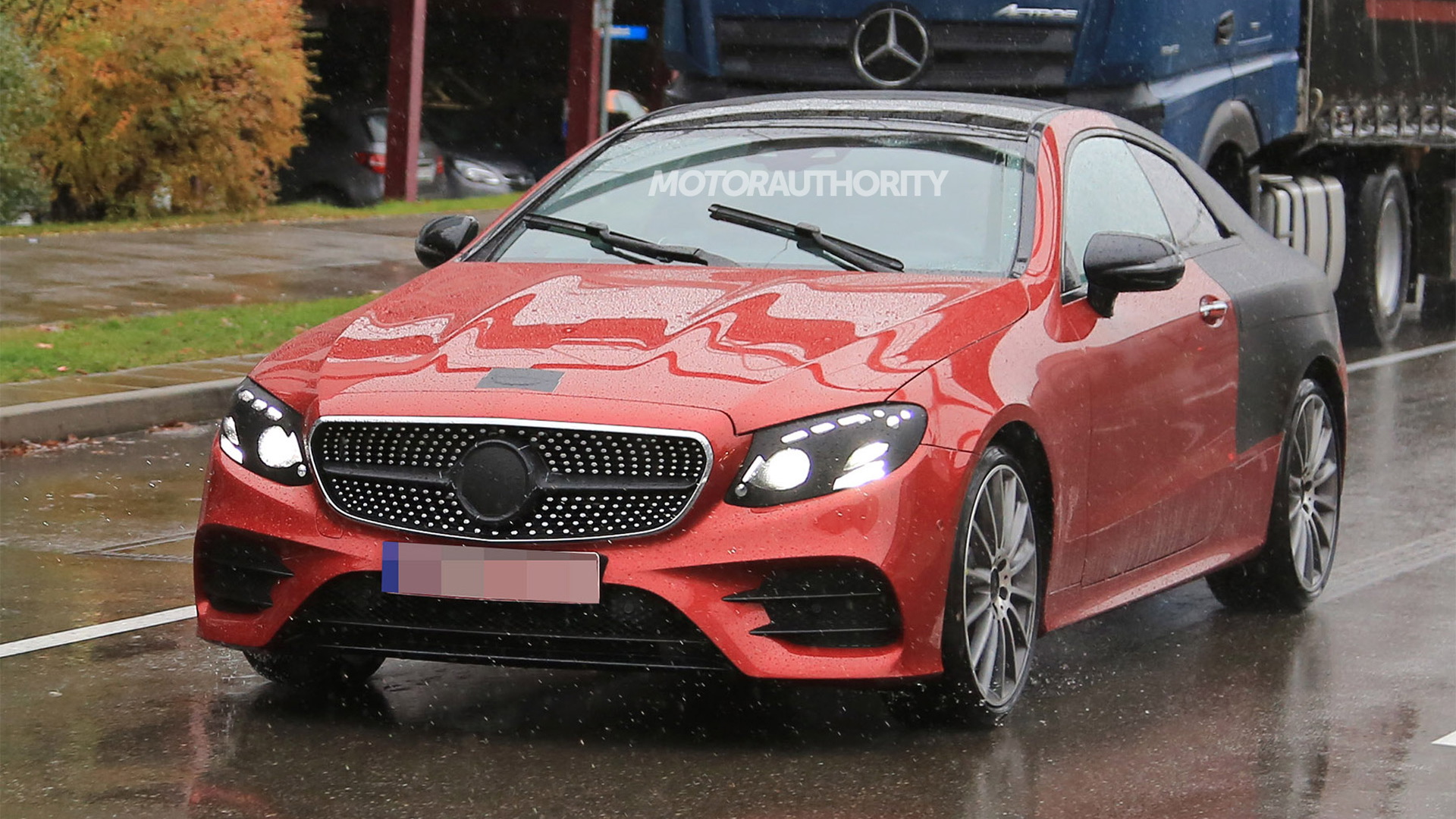 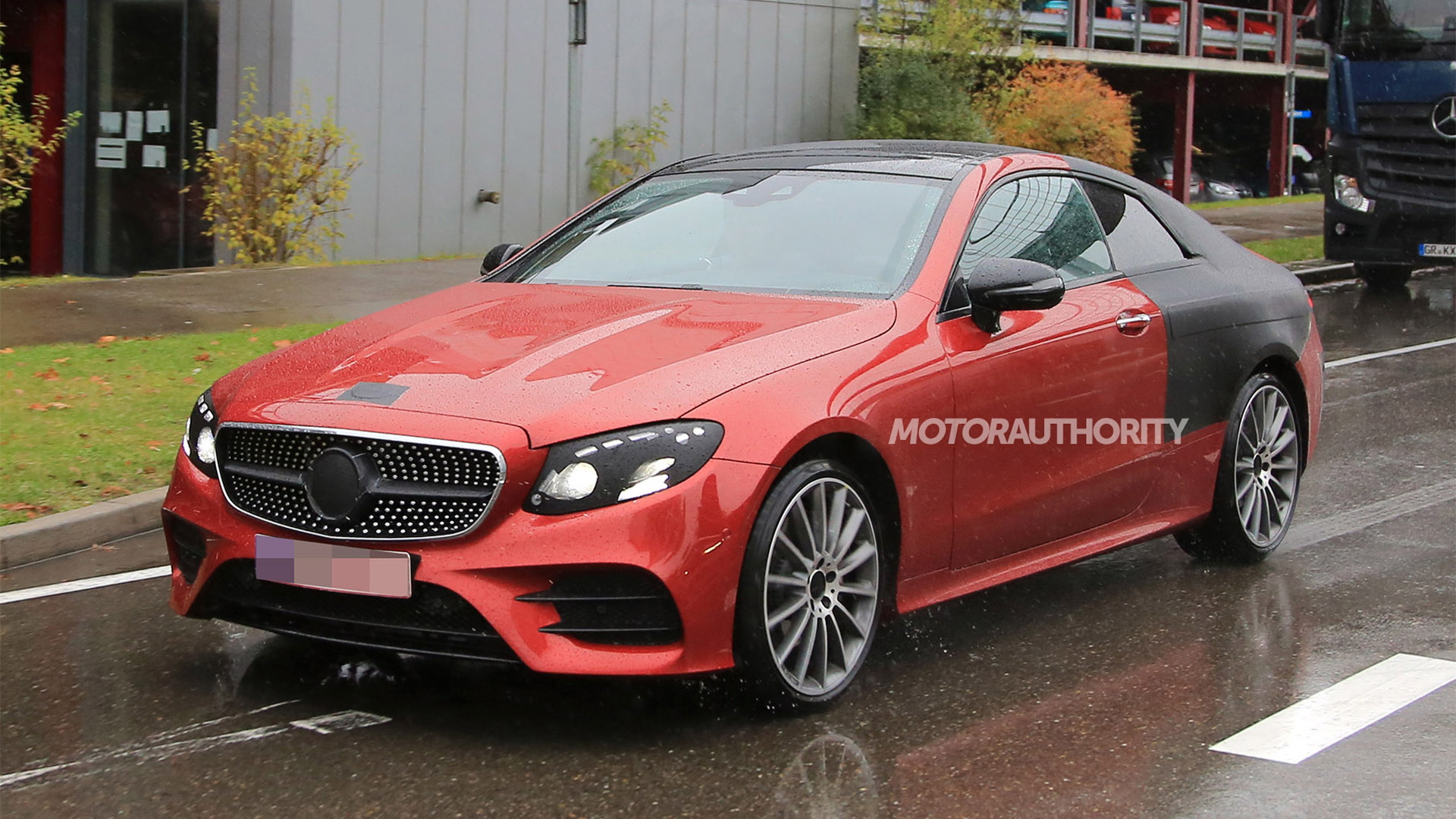 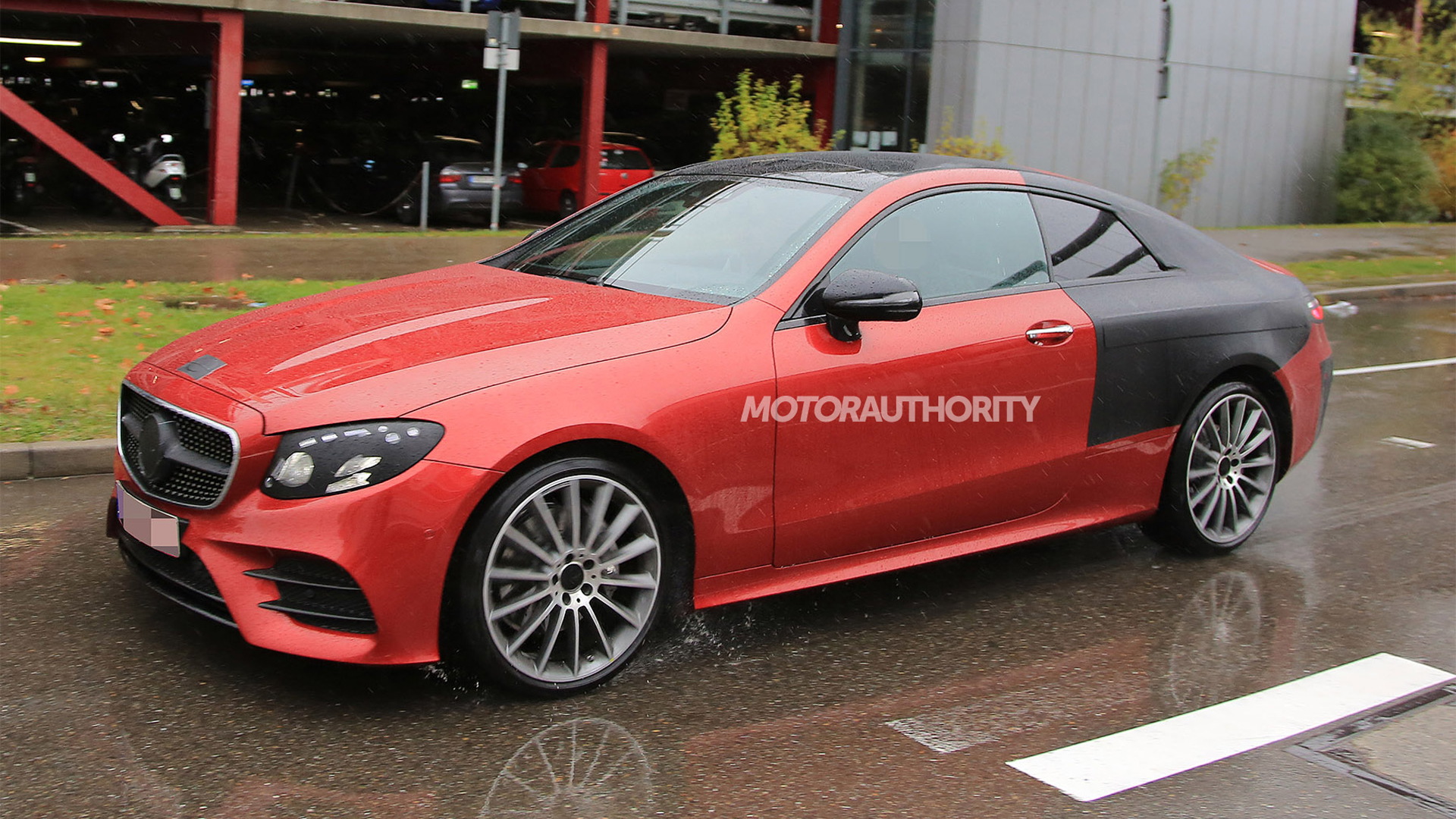 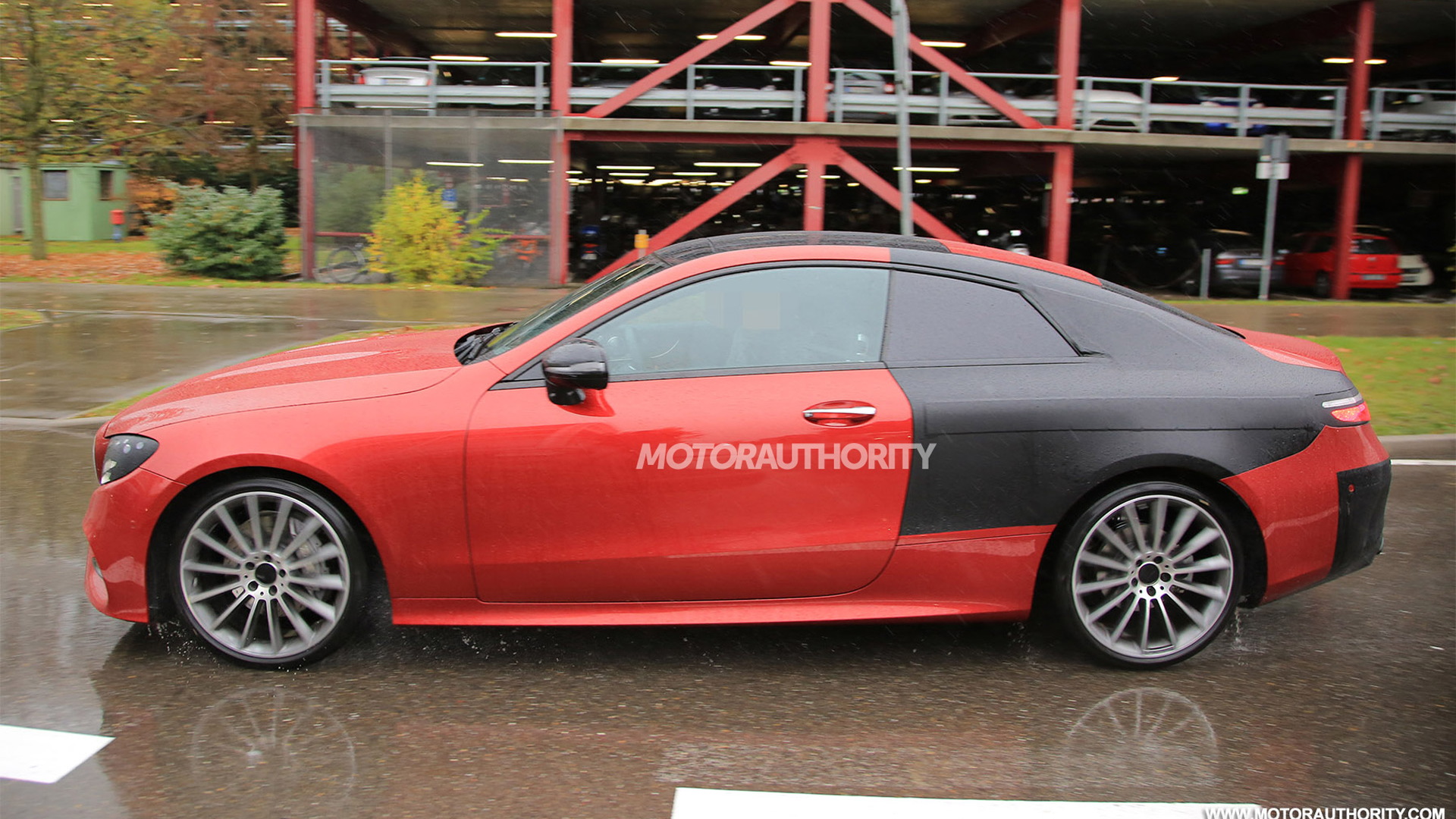 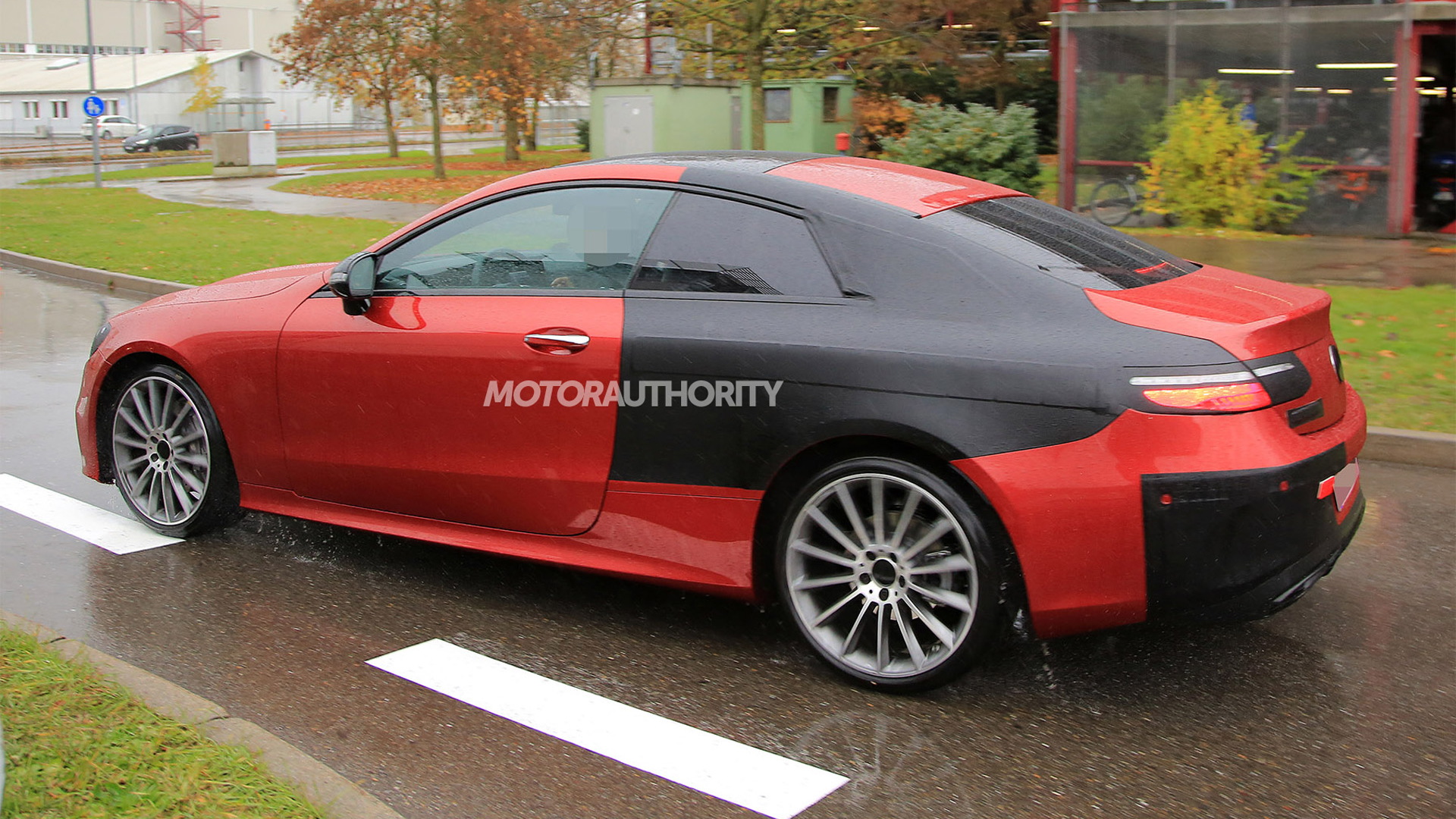 Mercedes-Benz has launched a new generation of its E-Class but so far all we've seen is the sedan and wagon. More body styles are coming, similar to what’s offered with the outgoing model.

A long-wheelbase E-Class L has debuted in China, and eventually there will be new coupe, convertible and high-performance options. Today we have new spy shots and video of prototypes for the coupe.

Judging from the shots, it doesn’t appear Mercedes will be pulling any surprises with the design of new E-Class Coupe. The proportions match those of the outgoing model though the size is slightly larger. The new car has much smoother surfacing as well.

Underpinning the car is the modular rear-wheel-drive platform that debuted in the 2015 C-Class. Called MRA, it should ensure the new E-Class Coupe is lighter and more dynamic than the model it replaces. Adoption of the MRA platform also means the E-Class Coupe will feature a 9-speed automatic transmission and offer all-wheel drive.

Powertrains should include inline-4 and -6 units, in both gasoline and diesel flavors. Hopefully there will also be a high-performance E63 Coupe from Mercedes-AMG. If so, it should adopt the tuner’s twin-turbocharged 4.0-liter V-8 and have an output close to 600 horsepower.

Another benefit of the MRA platform are all the tech features it affords. The list includes advanced autonomous driving capabilities as well as a lavish interior (E-Class sedan interior pictured) complete with two display screens replacing the usual dashboard displays.

Given the lack of camouflage on the latest prototypes, the debut can't be far. Sales should start in the second half of 2017.