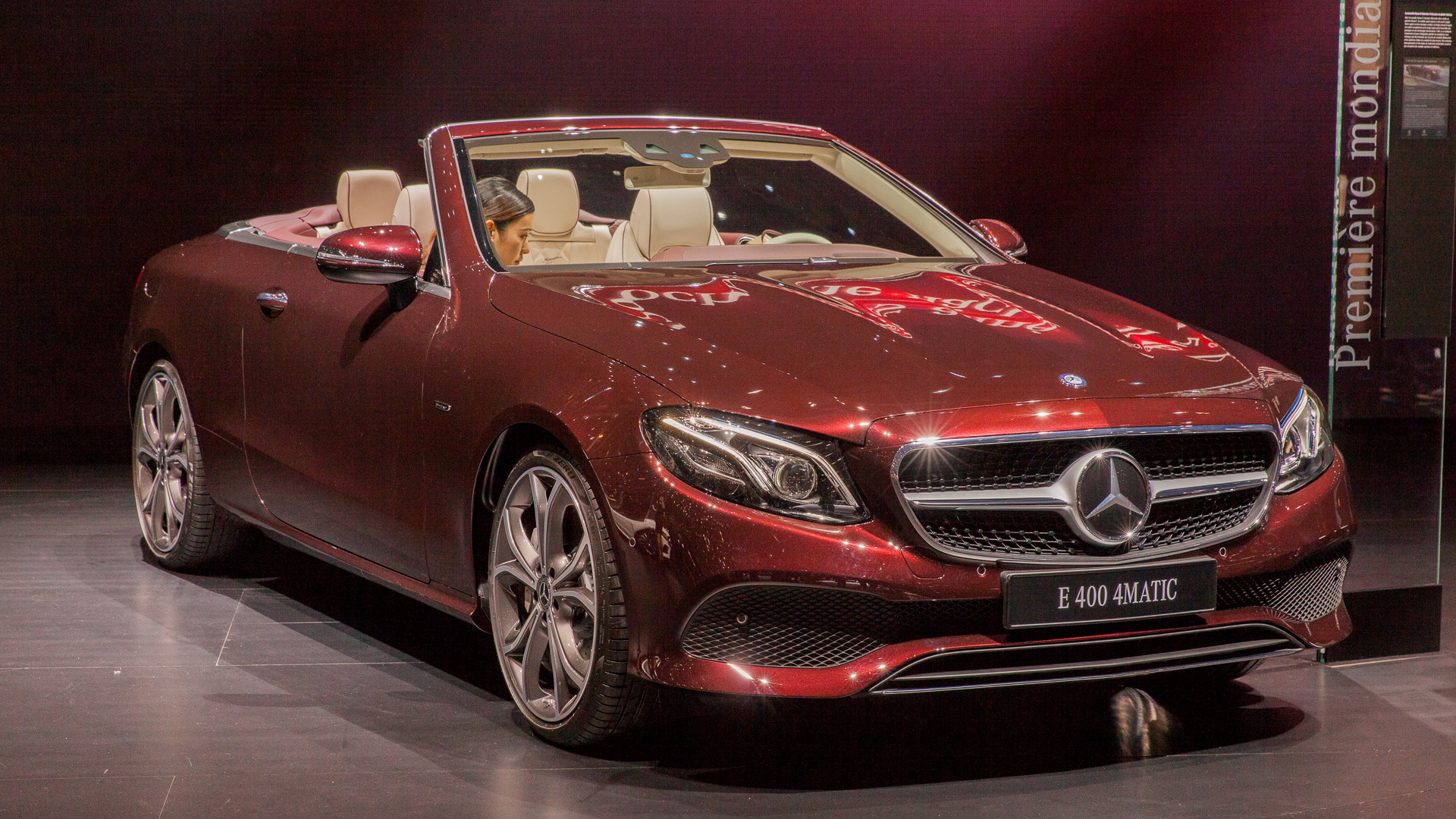 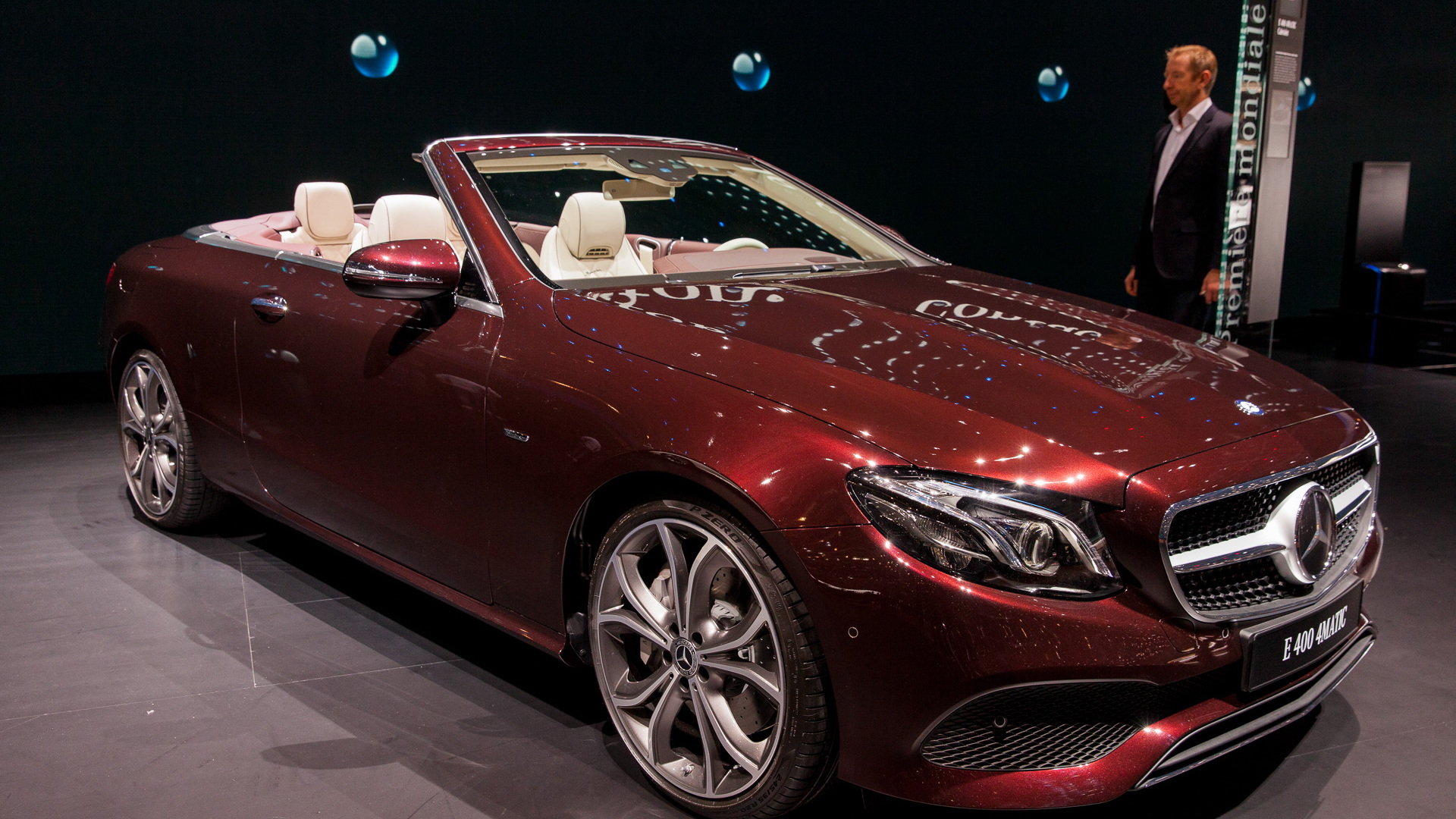 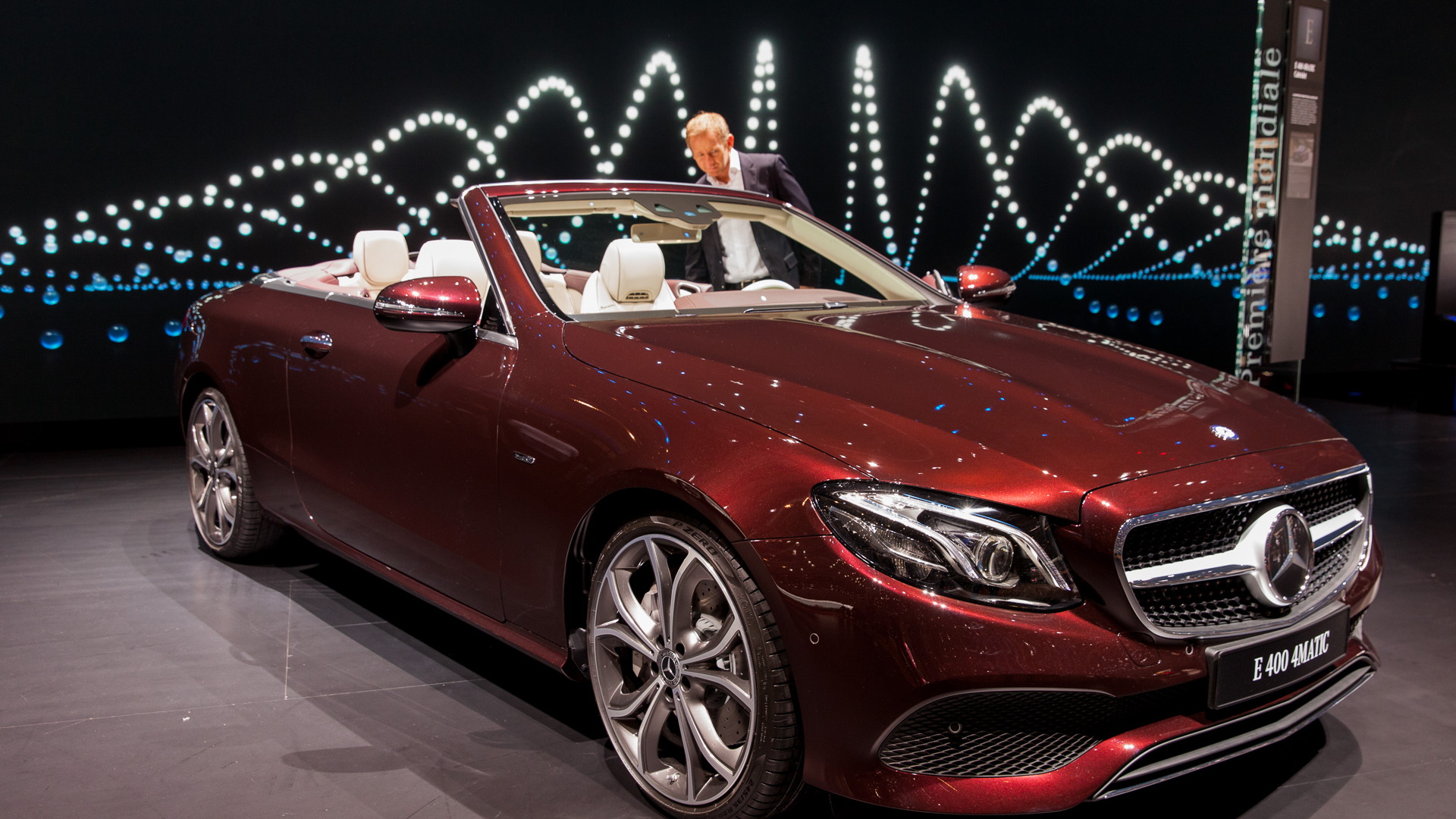 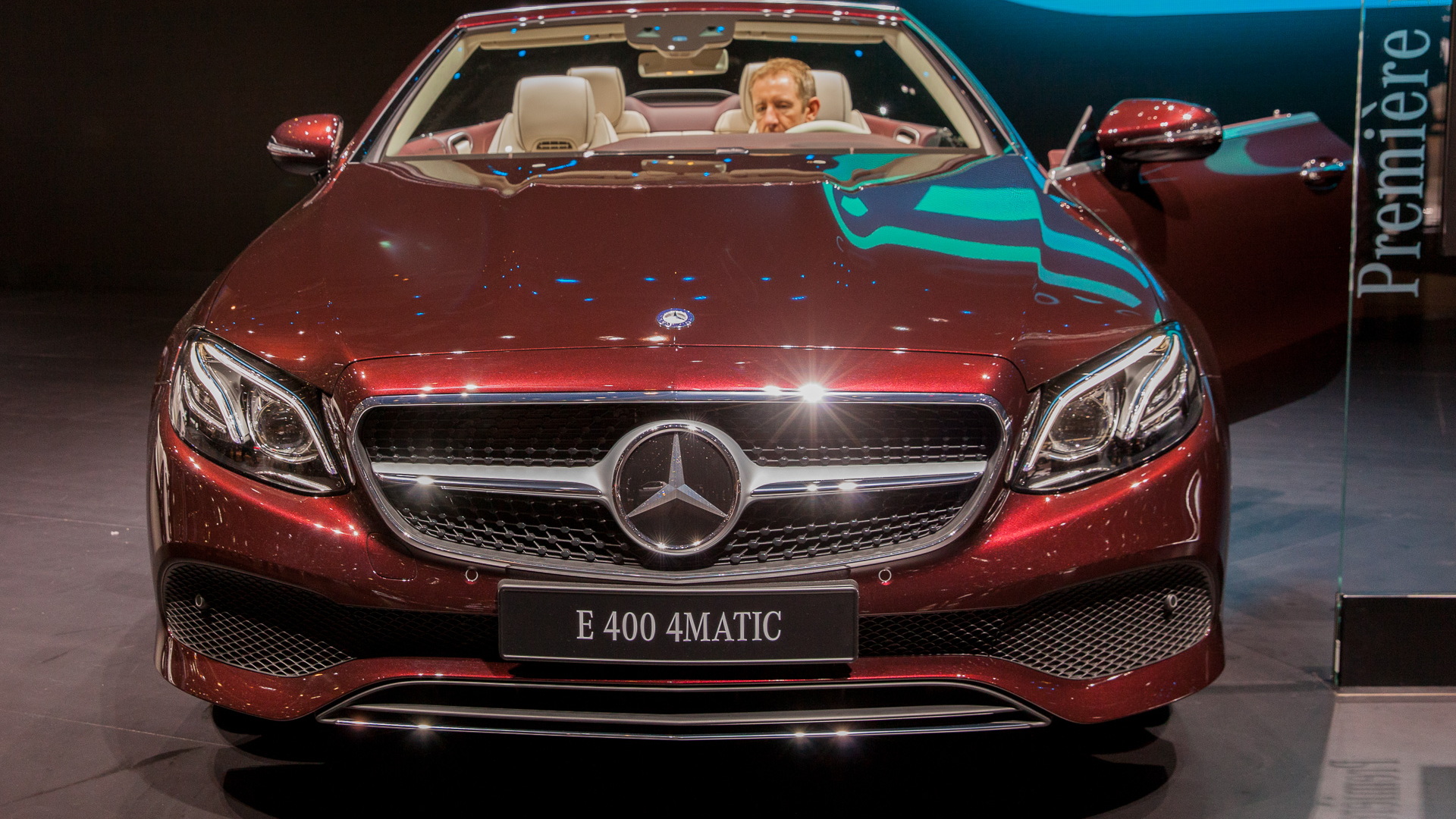 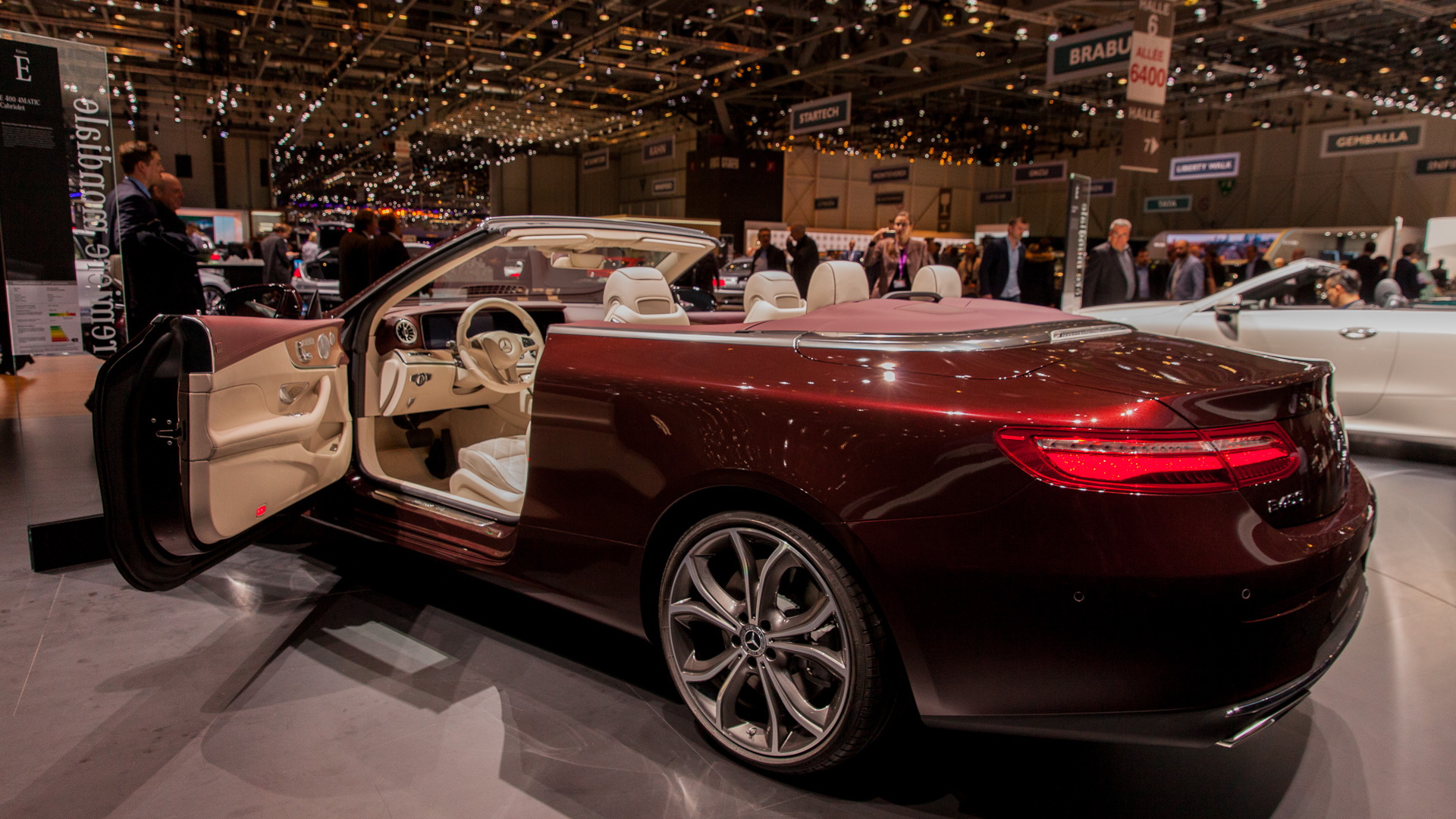 Mercedes-Benz has completed its fifth-generation E-Class family with the reveal of the 2018 E-Class Cabriolet. The handsome drop-top made its debut this week at the 2017 Geneva auto show and goes on sale before the year is out. It arrives as a 2018 model.

The design was hardly a mystery as Mercedes has already shown us the 2018 E-Class Coupe. The E-Class Cabrio is virtually identical apart from its roof, which like on the outgoing model is an automated folding soft-top.

The roof is available in dark brown, dark blue, red or black and needs just 20 seconds to operate, which it can do at speeds of up to 30 mph. To maximize comfort when the roof is down, an electrically-operated wind blocker is located behind the rear seats and when extended reduces turbulence in the cabin area. Neck-level heating is also featured on the driver and front passenger’s seats.

The 2018 E-Class Cabrio, like the coupe, will initially be offered in E400 and E400 4Matic guises. Both come equipped with a twin-turbocharged 3.0-liter V-6 delivering 329 horsepower and 354 pound-feet of torque. The only transmission is a 9-speed auto. (Though it’s yet to be confirmed, we’ve heard that a sporty Mercedes-AMG E50 model will eventually be launched in lieu of a proper E63.)

Inside, the E-Class Cabrio takes cues from other E-Class models. A 12.3-inch infotainment screen at the top of the center stack is standard and a second 12.3-in serving as the instrument cluster is available. When the latter is selected, the two screens create a single widescreen display similar to what you find in the S-Class range.

Joining the E-Class Cabrio on the Mercedes stand was an 805-hp concept car from AMG that most previews a sedan from the tuner. To learn about some of the other vehicles on display at the show, head to our dedicated hub.