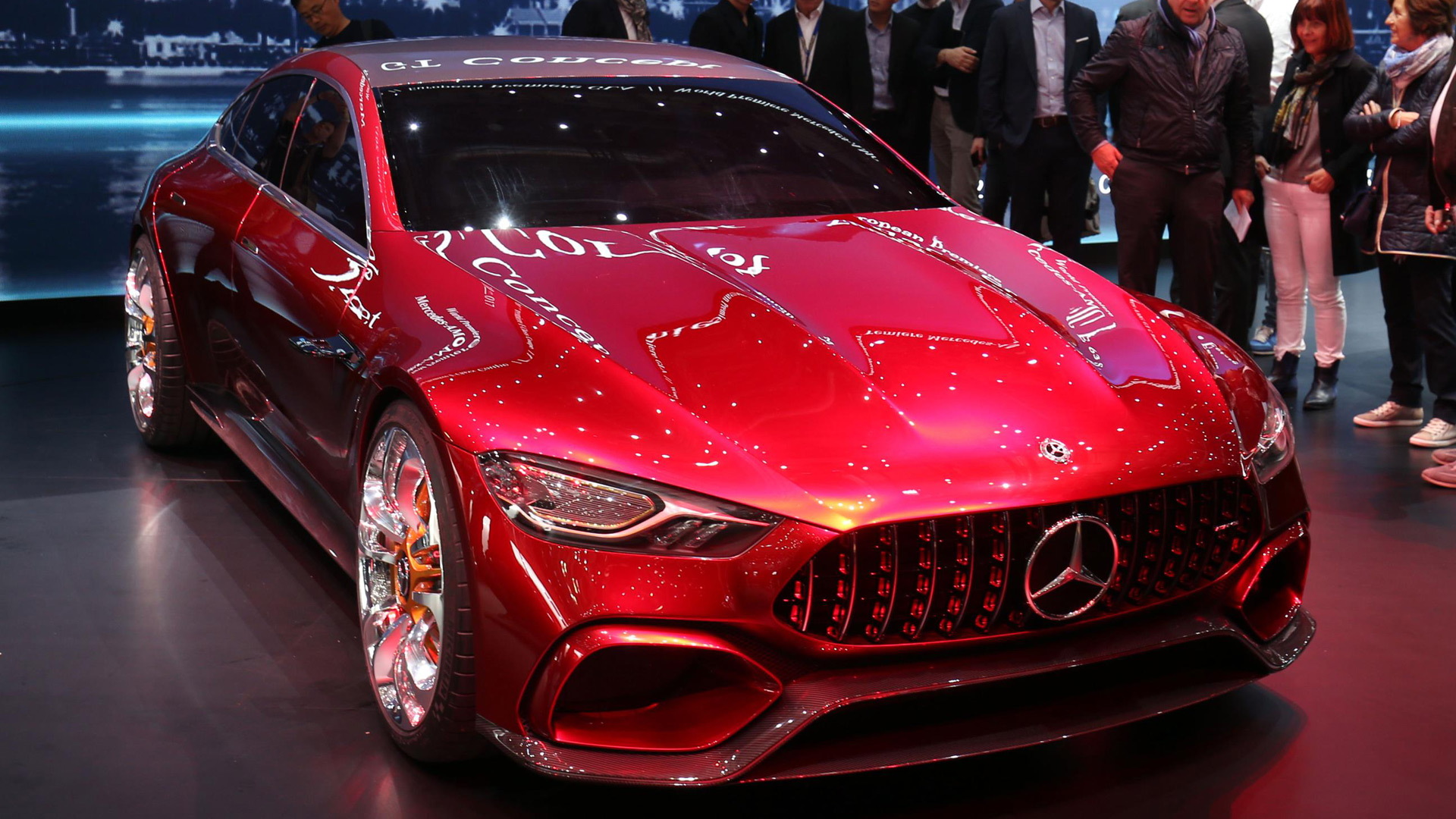 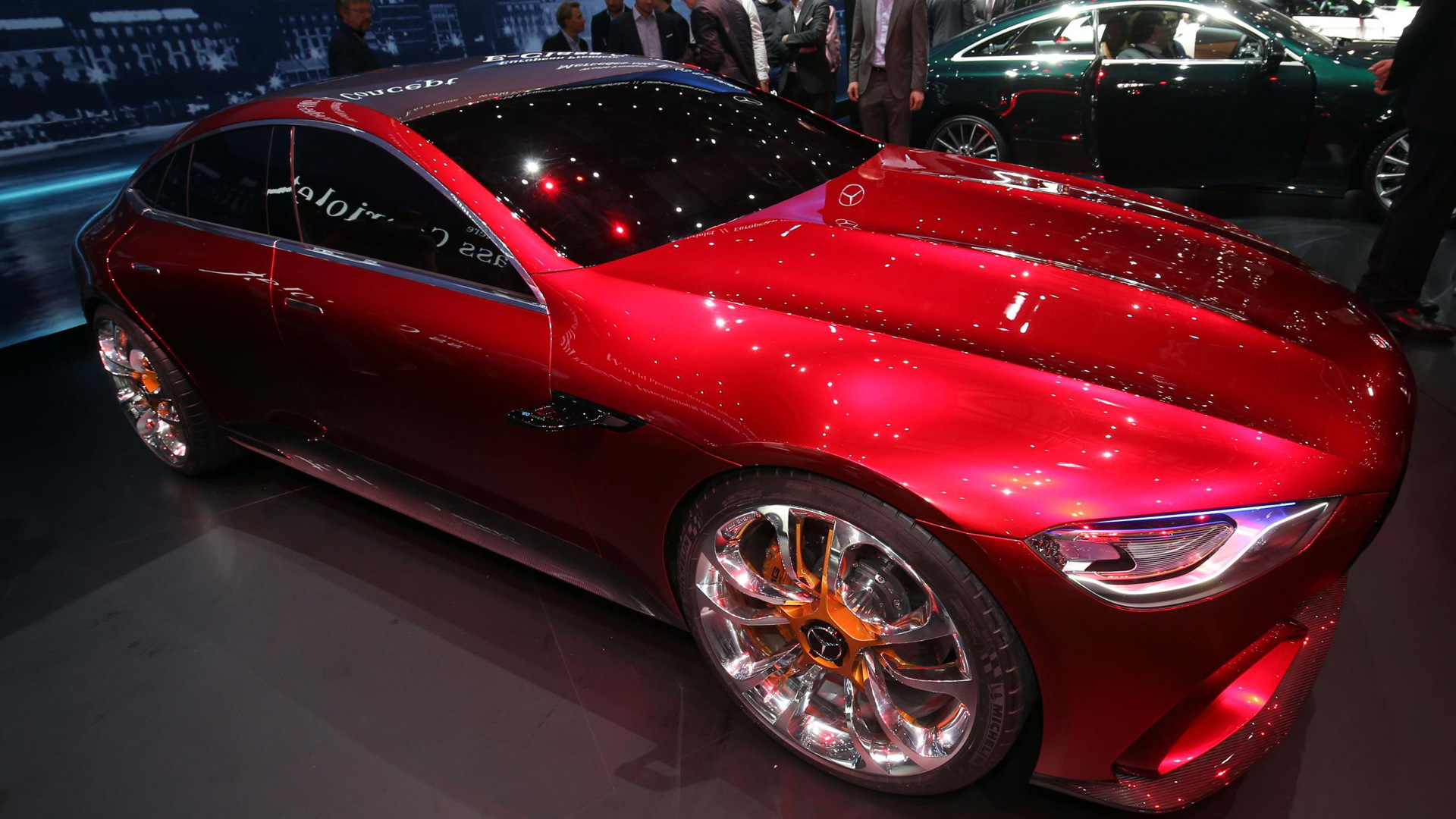 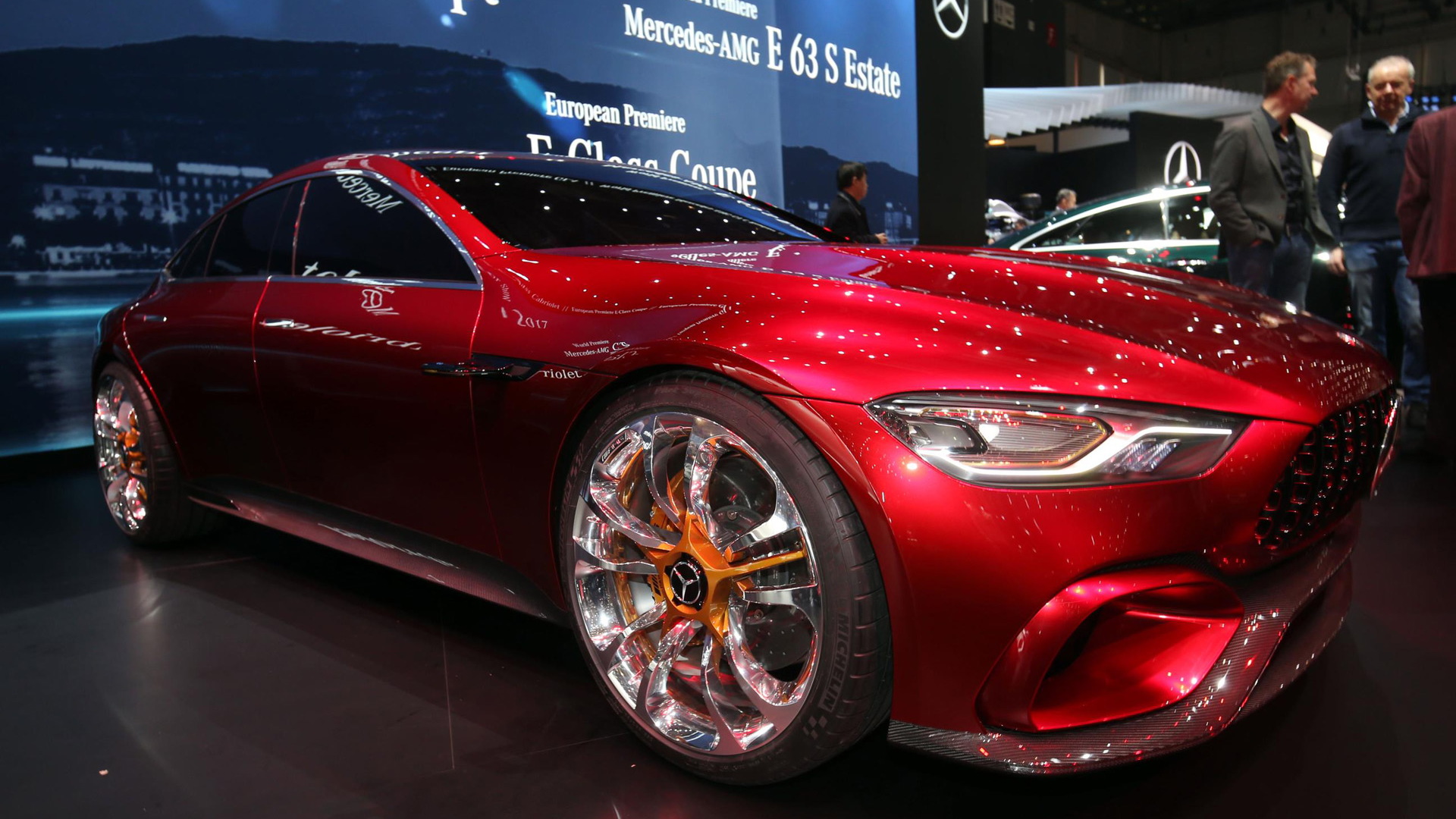 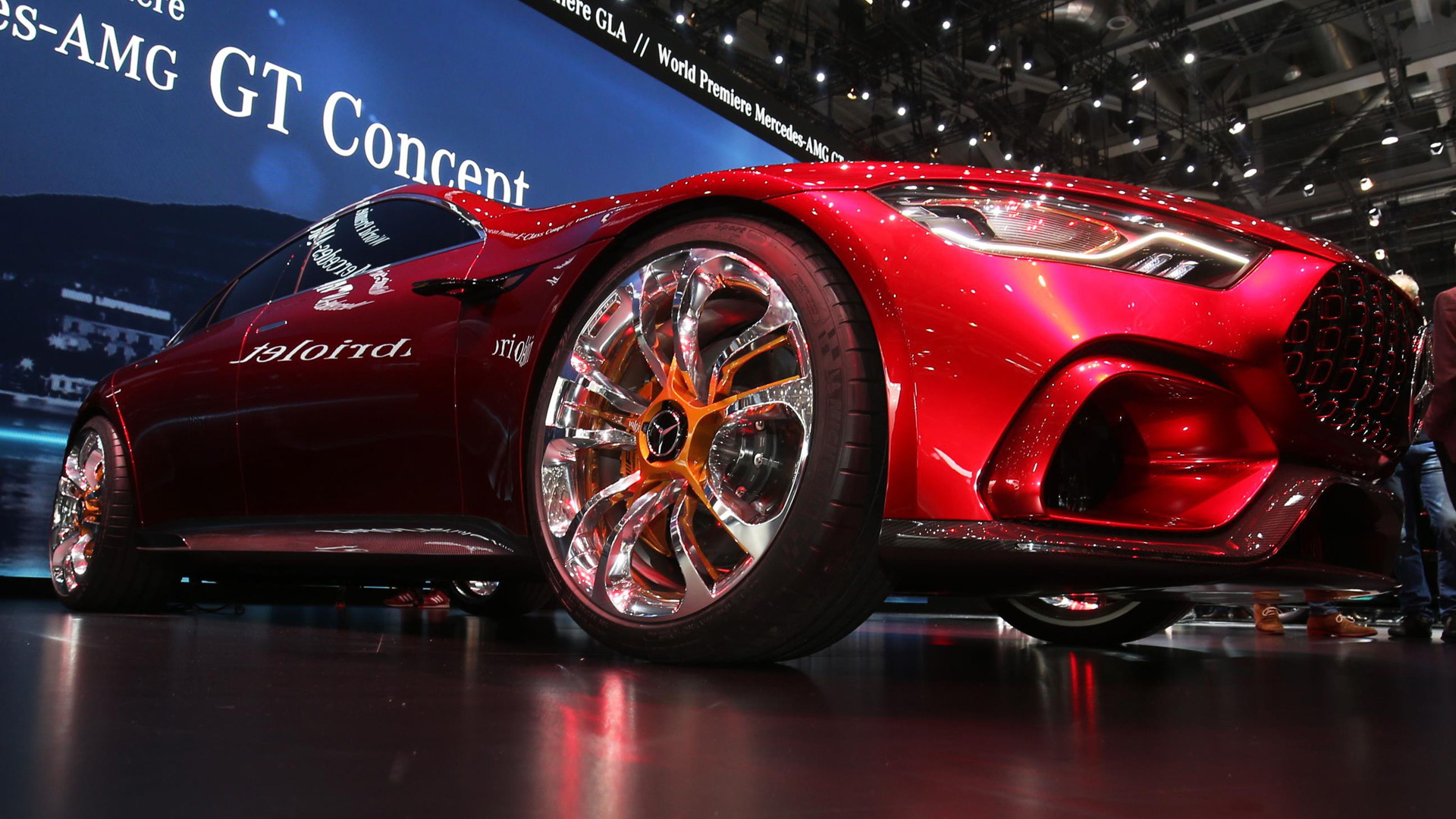 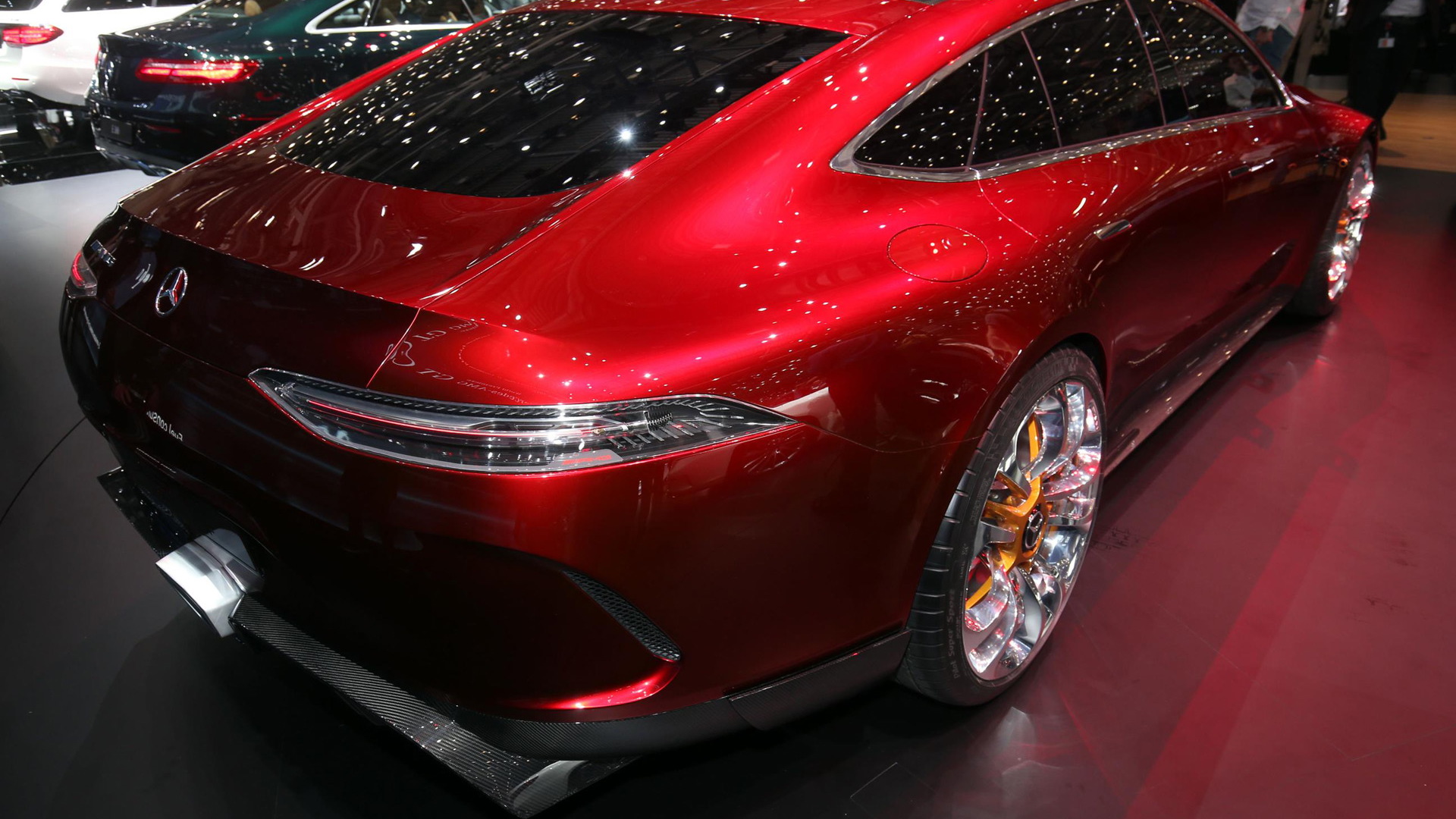 The Mercedes-AMG skunk works builds some of the hottest cars in production. AMG's GT sports car, for example, is the fastest rear-wheel-drive car around the Nürburgring, requiring just 7:10.92 to achieve the feat in GT R trim. Soon, AMG will launch a hypercar powered by a Formula One power unit.

Next up on the Affalterbach tuner's radar is a sleek sedan with a hybrid powertrain and stunning good looks. The car, which may be called a GT 4, was previewed this week at the 2017 Geneva auto show by the AMG GT concept.

Take one look at the GT concept and you'll immediately see the family resemblance to the GT sports car line. That upright grille, swept back headlights, and horizontal taillights that wrap around the curved rear end are all reminiscent of AMG's popular sports car. The concept is sleek. It's stunning.

Inside, well, there is no inside because this is a concept car, just a preview of future AMG design themes.

AMG isn't talking specifics in regards to the car's chassis, but we believe while it will utilize a version of Mercedes' MRA modular design for rear-wheel-drive vehicles.

While details are few, we know this concept features a hybrid powertrain with a twin-turbocharged 4.0-liter gasoline V-8 engine and an electric motor producing a promised 805 horsepower. Should the production car feature this powertrain, it will be the most powerful sedan ever produced. That title currently belongs to the 707-hp Dodge Charger SRT Hellcat.

The concept also introduces AMG's new labeling for hybrid vehicles, of which there will be many forthcoming from the tuner. The cars will feature "EQ Power+" labeling in their names, signifying the shared technology with Mercedes' new EQ sub-brand for electric cars. Regular Mercedes hybrids will use "EQ Power."

When might we see AMG's Porsche Panamera fighter in showrooms? Start looking in 2019.