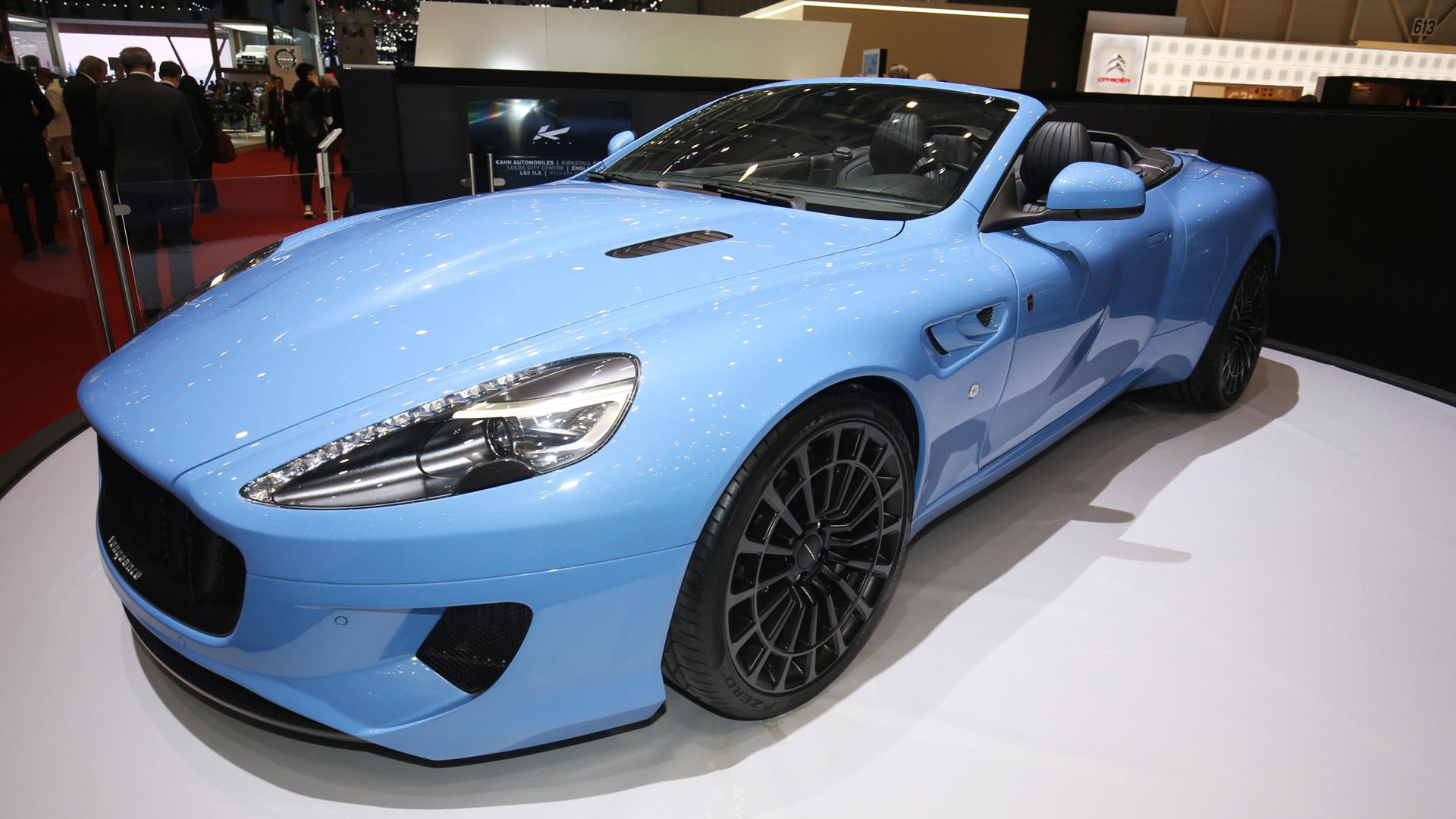 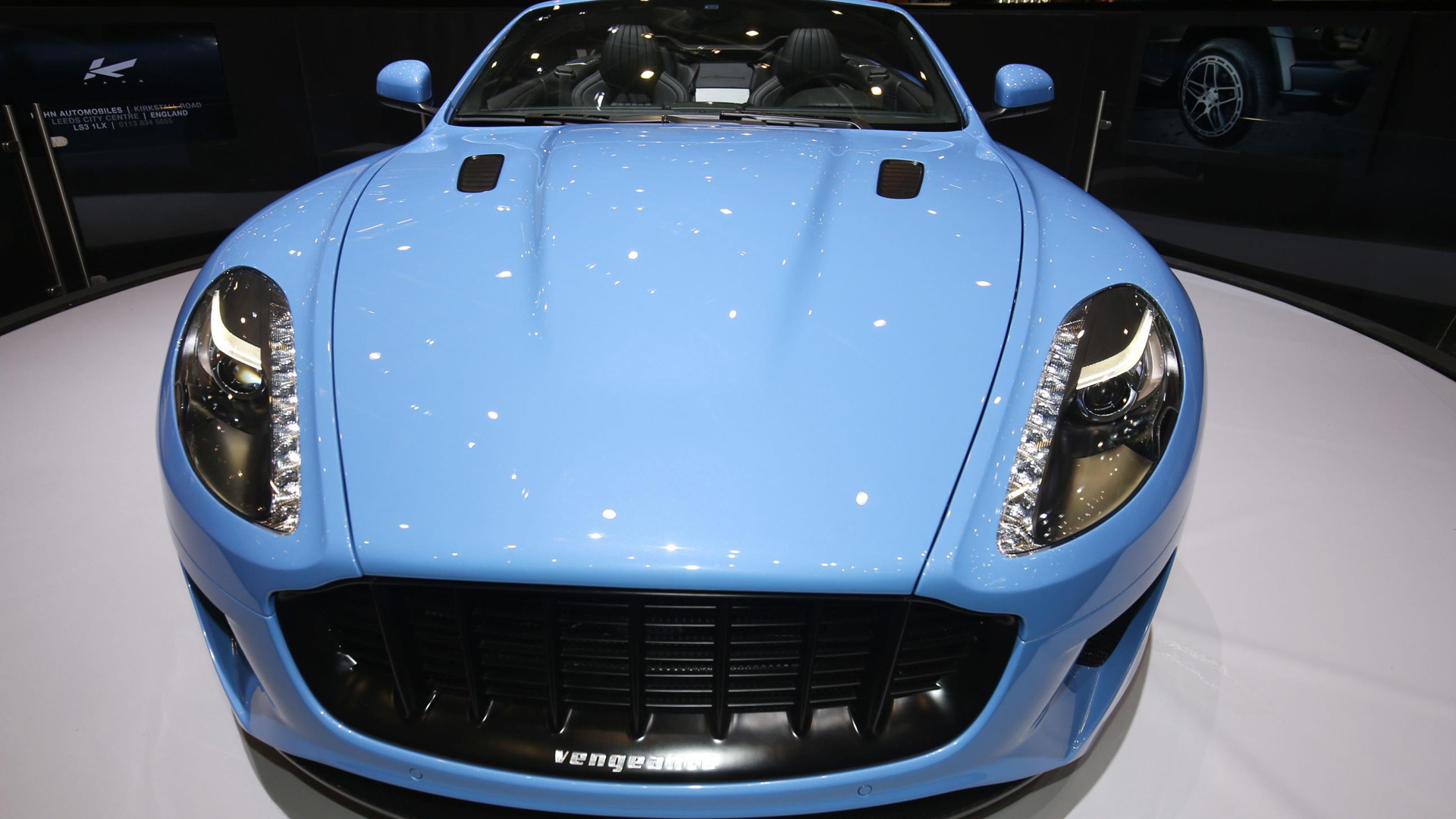 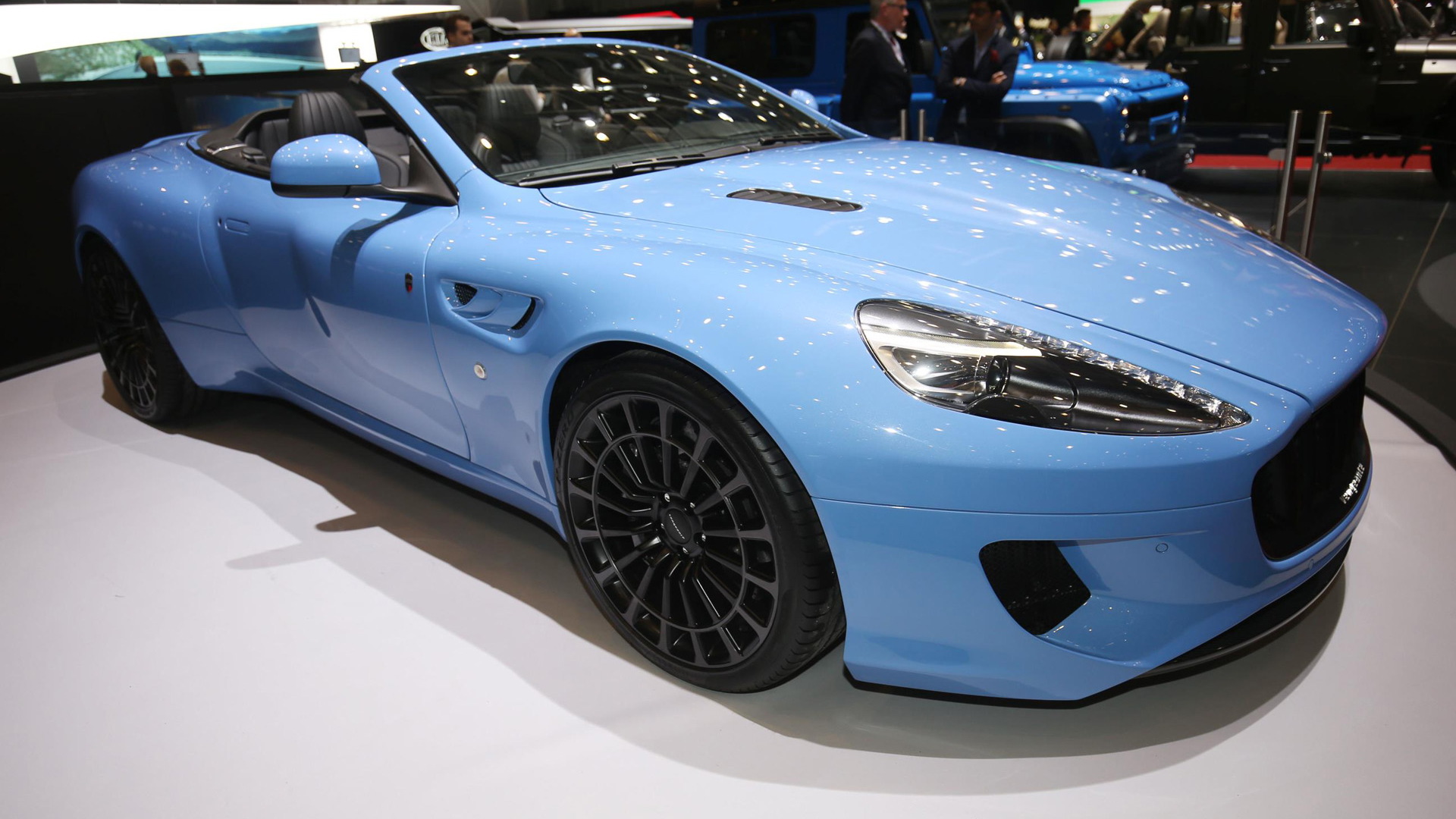 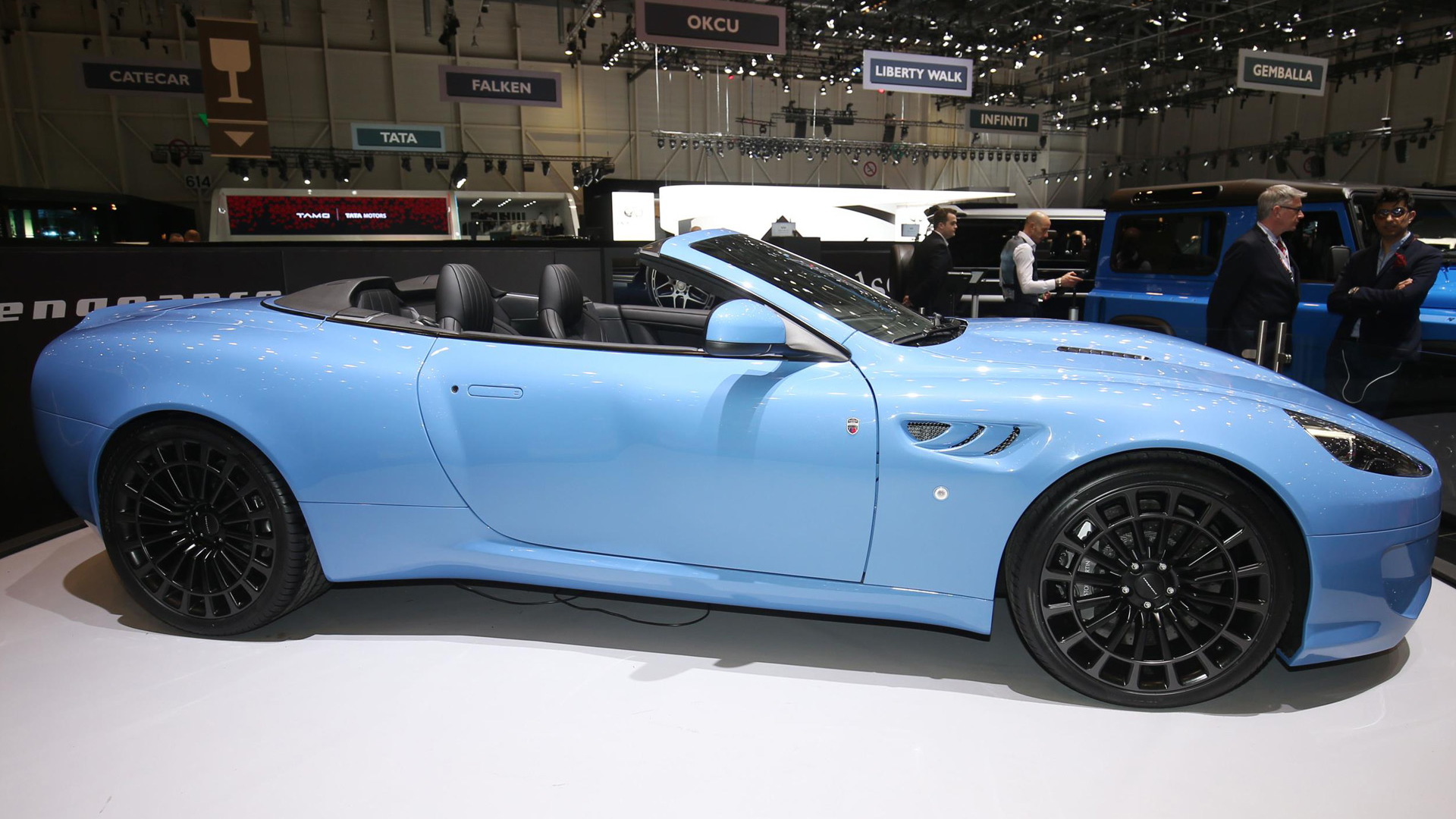 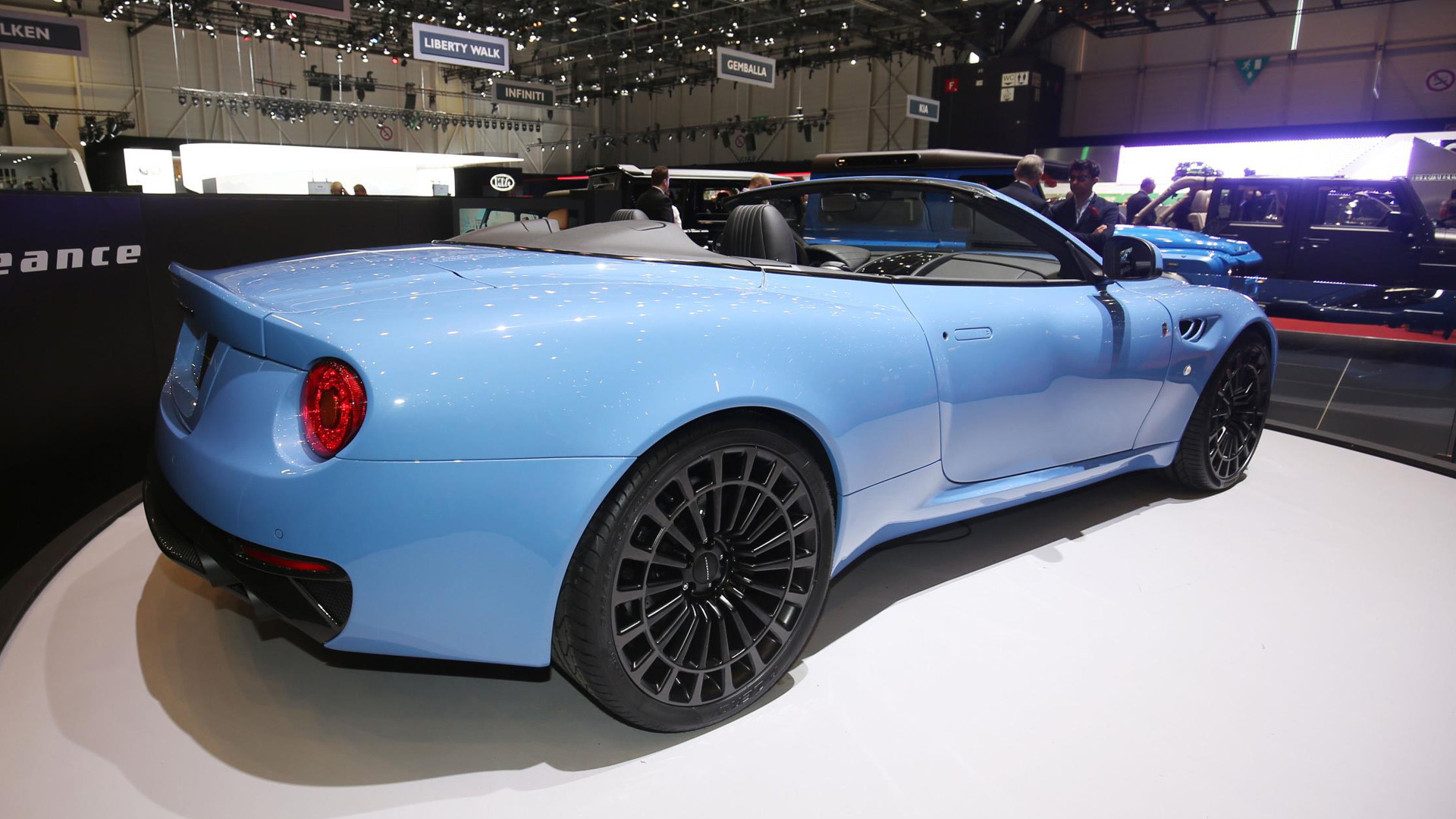 After debuting the WB12 Vengeance coupe to critical acclaim at the 2016 Geneva auto show, British outfit Kahn Design unveiled a new convertible version of the car at this year’s running of the Swiss show.

The Vengeance is a coachbuilt marvel based on a brand new chassis of a donor Aston Martin DB9, with the transformation taking around 8-9 months to complete. The convertible dons Aston Martin’s Volante label and looks every bit as menacing as the coupe.

The aggressive look was inspired by Aston Martin models of the past two decades and is described by Kahn Design CEO and founder Afzal Kahn as the result of a lifelong pursuit to design a car he’s always wanted to drive.

The body is made almost entirely of aluminum and not a single panel is shared with the DB9.  The imposing front grille is billet aluminum, while the rest of the front bumper is composed of composite materials, including carbon fiber for the splitter. Carbon fiber can also be requested in the cabin, along with handstitched “fluted” leather trim as shown here.

The car is much wider than a stock DB9, especially at the rear. This bias is reinforced by the staggered tire sizes, 225 at the front, increasing to an extreme 335 at the rear. These are wrapped around unique multi-spoke wheels measuring 20 inches at the front and 21 at the rear.

No change has been made to the mechanicals, which means you’ll find a 5.9-liter V-12 under the hood delivering 510 horsepower and 457 pound-feet of torque. For the transmission, buyers have the choice of a 6-speed manual or 6-speed automated manual.

Kahn says the response to the vehicle since its 2016 debut has been extremely positive. It means the build run for the car is unlikely to last long. Around 20 coupes and just three convertibles will be built.

“Creating a convertible version of the Vengeance posed some challenges, given the unique coach built nature of the vehicle,” Kahn said in a statement. “Following a detailed program of testing, I’m delighted to be able to unveil the Vengeance Volante at this year’s show, and I’m confident it will receive the same enthusiastic reception as the original model did in 2016.”