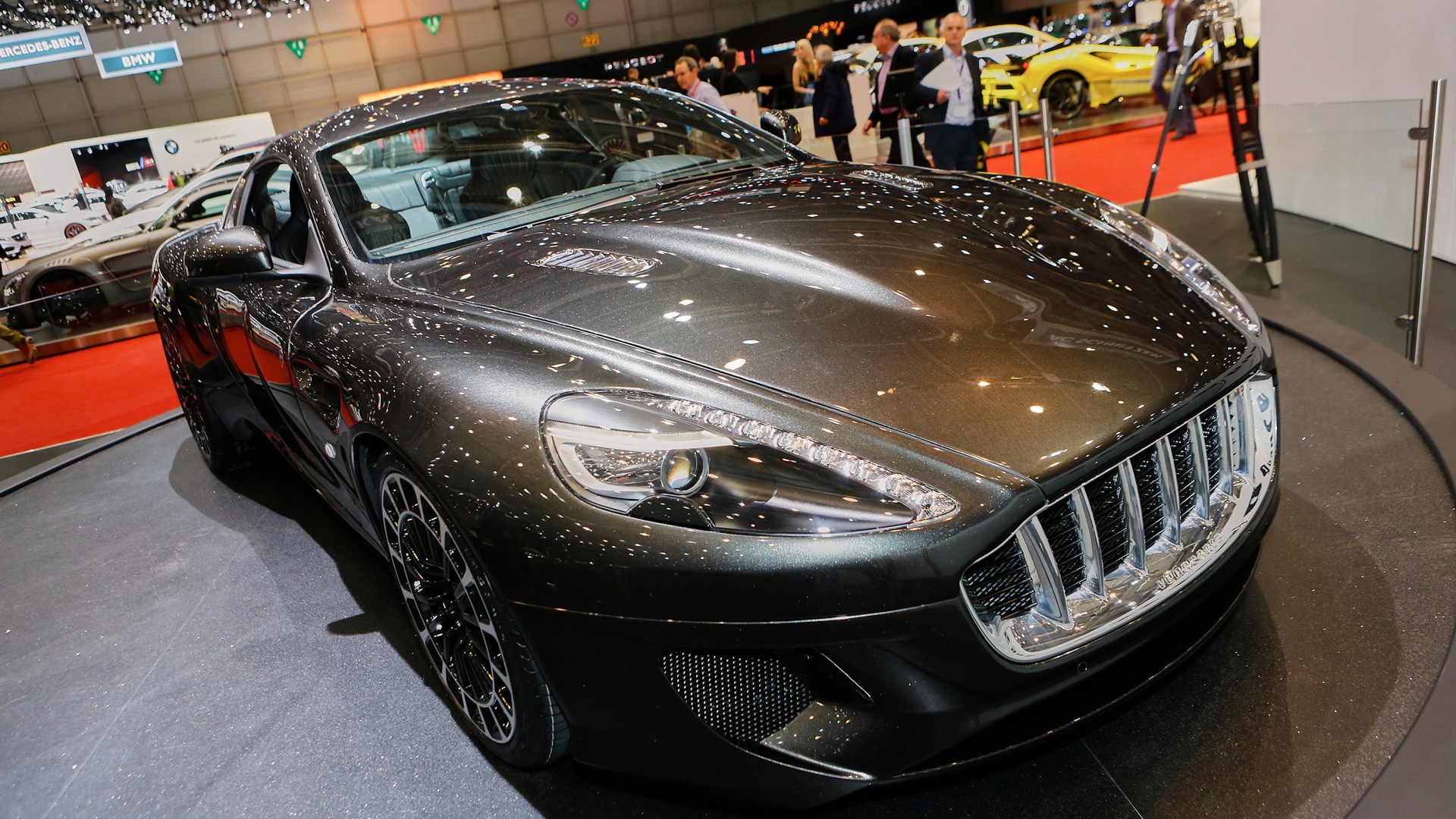 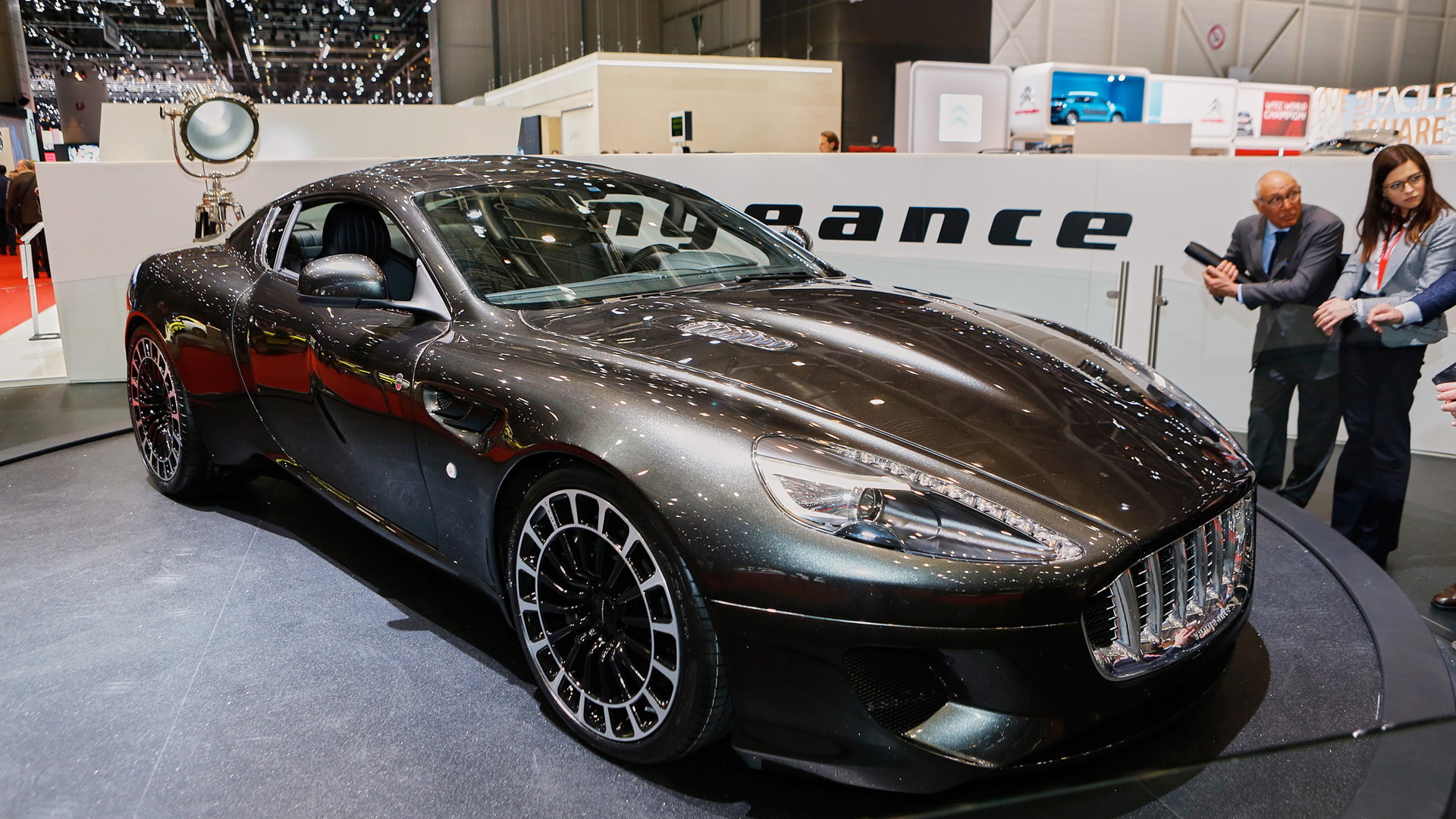 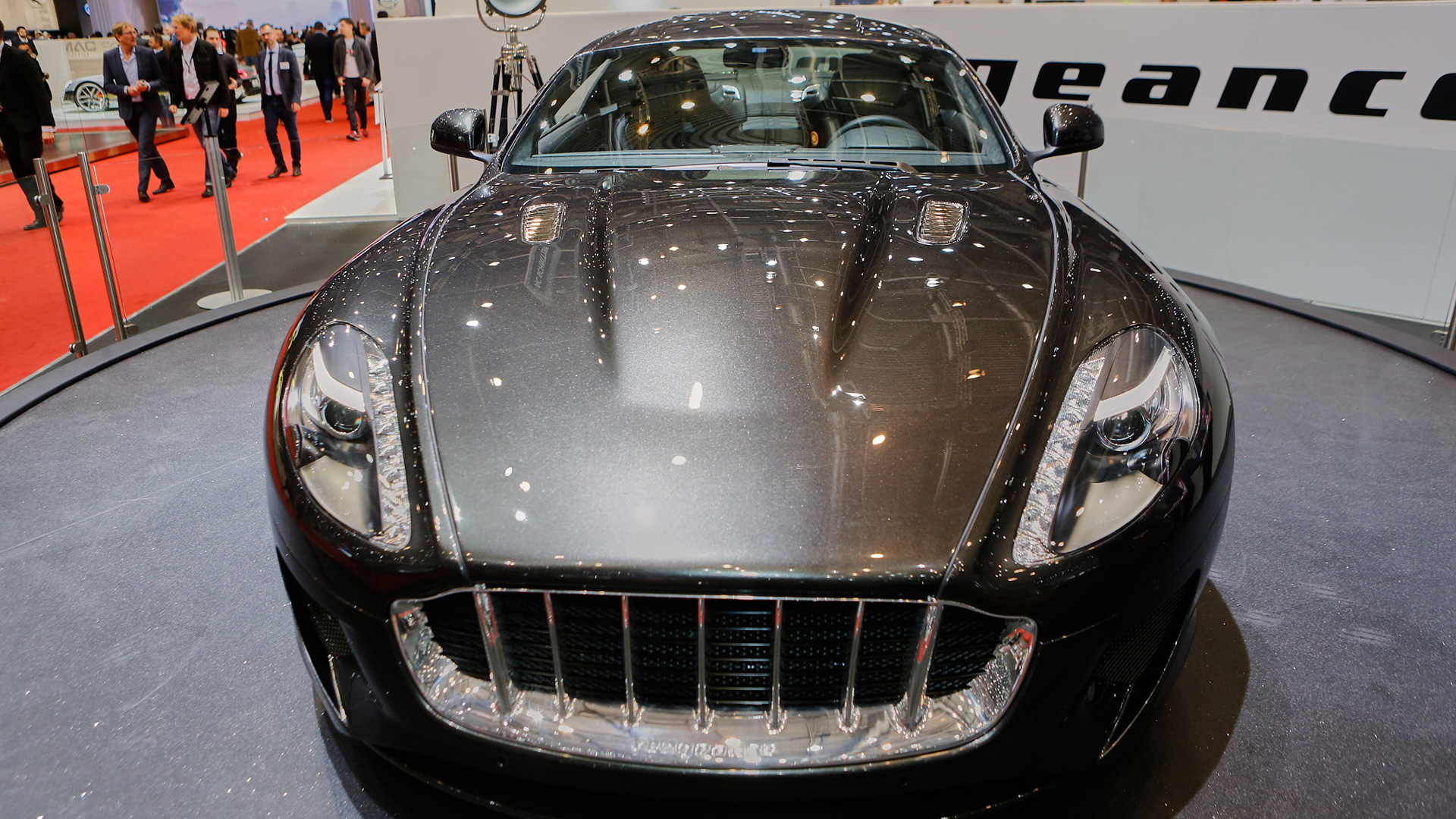 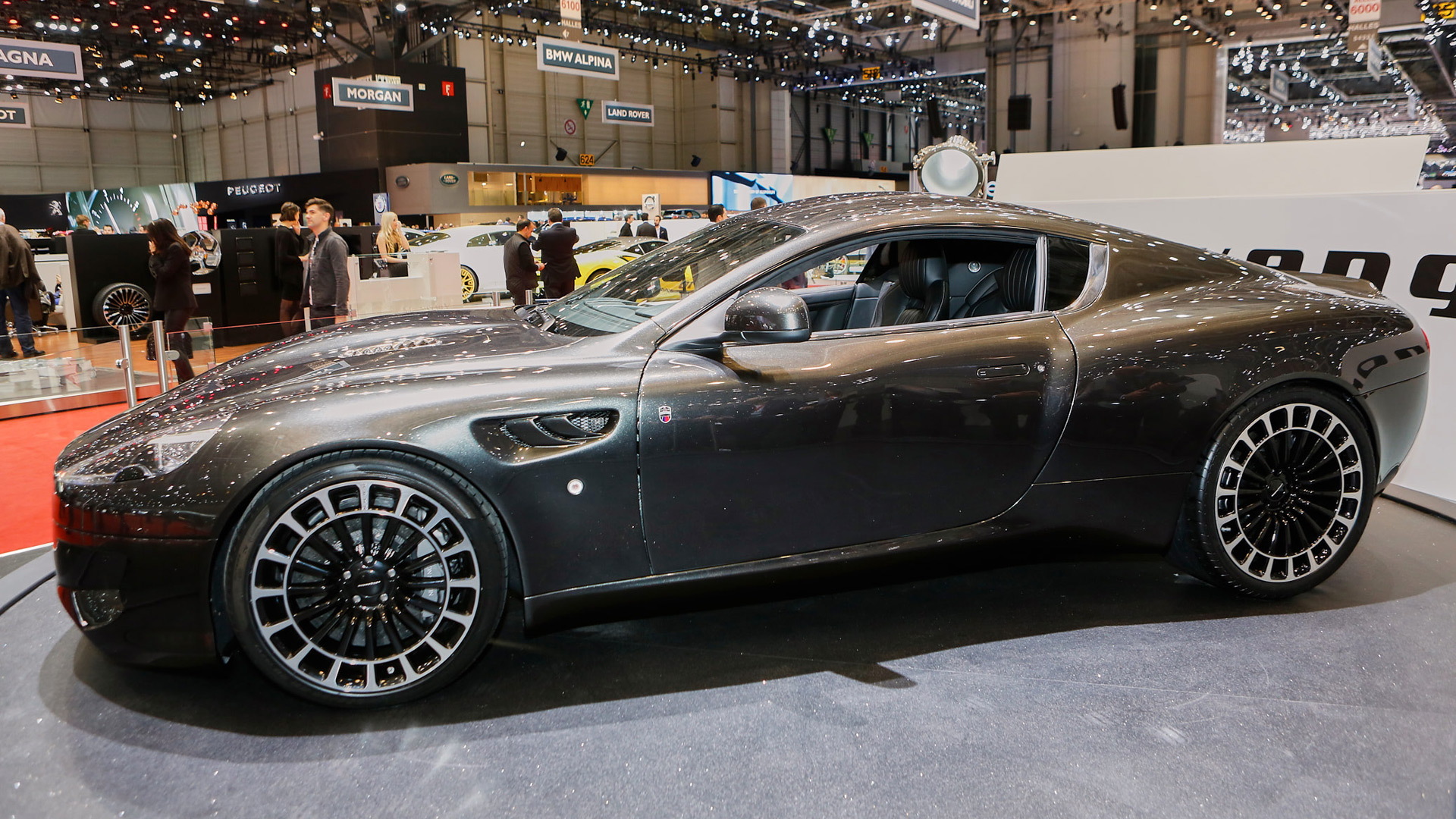 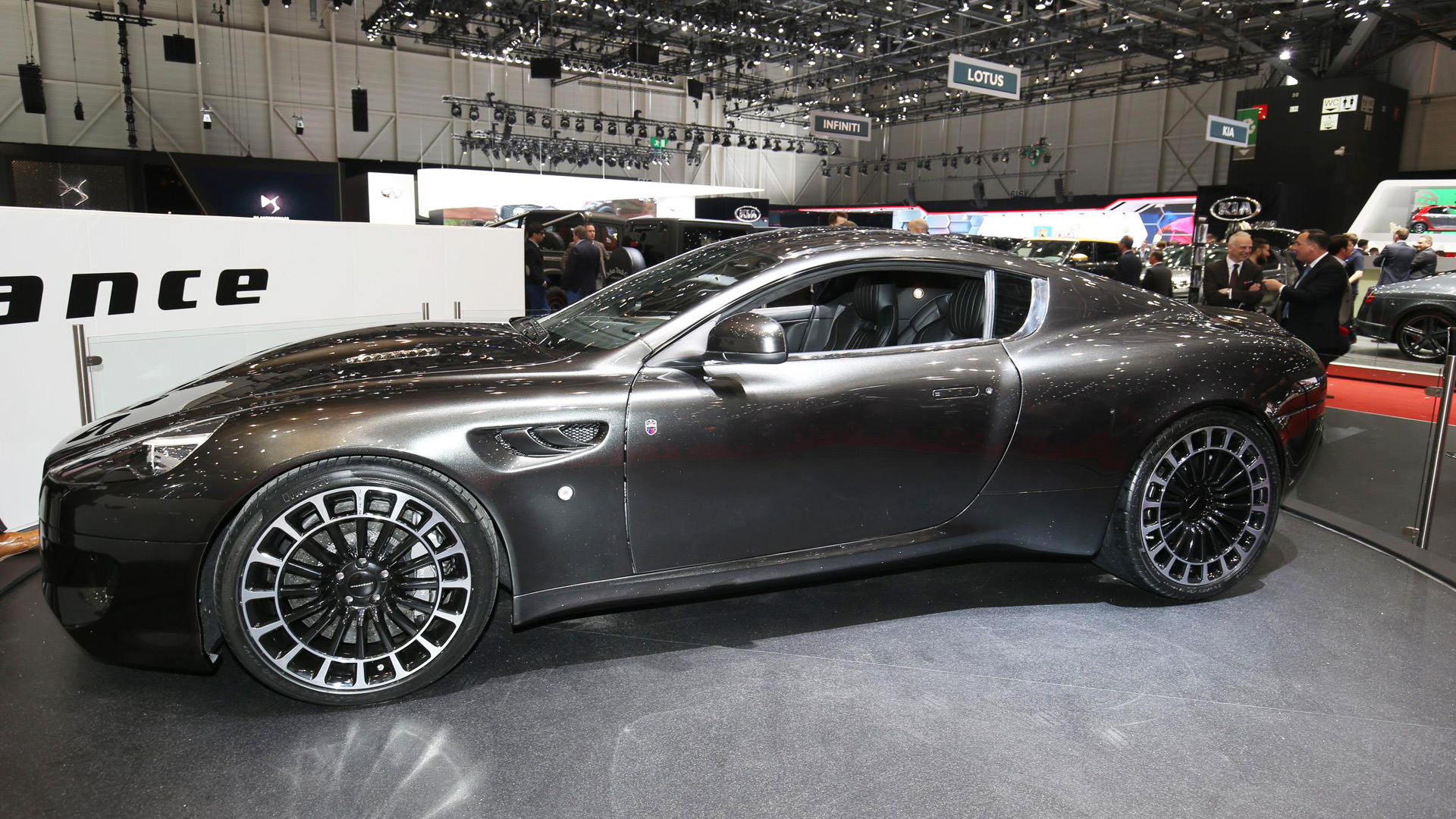 The United Kingdom’s Kahn Design has evolved over the years from a company designing wheels to a fully-fledged coachbuilding and engineering outfit that can transform pretty much anything on wheels, from Range Rover Evoques right up to Bugatti Veyrons. Kahn Design’s latest creation is its most ambitious project yet. The car is the brooding WB Vengeance, which made its world debut this week at the 2016 Geneva auto show.

The Vengeance is the result of a lifelong mission of Kahn founder and chief designer Afzal Kahn. The mission was to design his own car, the type of car he always wanted to drive. Being a Brit, Kahn has always had a soft spot for Aston Martins. His favorite car, in fact, is the original Vanquish, which served as  the primary source of inspiration for the Vengeance. There are also influences from various Aston Martin models of the 1980s and ‘90s.

The design brief was to come up with a car that offered the brutal look Kahn considers the latest Aston Martin lineup to be lacking. The styling is also meant to invoke a saber-toothed cat on the prowl. The glaring grille, by the way, was inspired by the mask worn by Anthony Hopkins’ character Hannibal Lecter in the 1991 hit The Silence of the Lambs. 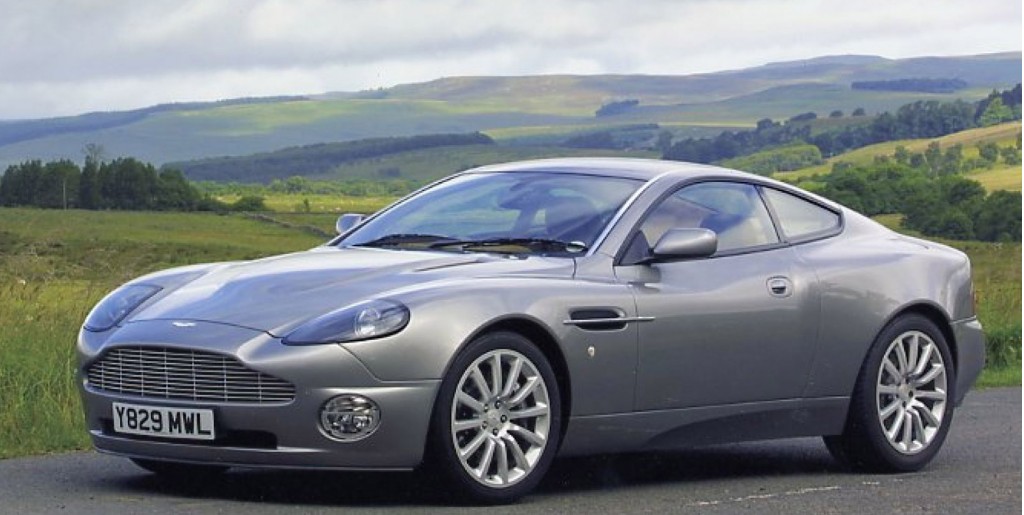 The basic underpinnings of the Vengeance are shared with Aston Martin’s DB9. Aston Martin provides rolling chassis straight from the factory and then Kahn Design crafts a completely new body and interior. The body is crafted out of aluminum, using traditional rolling and hammer-formed methods. As Kahn explains, the car represents a synthesis of modern  engineering and classic streamlined design.

Unique to the car is its powerfully wide haunches, hence the WB in the title, short for Wide Body.  To make the rear haunches even more pronounced, the number of spokes on the wheels increases from sixteen at the front to eighteen at the rear, lending extra visual weight to complement the pumped rear fenders. This bias is reinforced by the staggered tire sizes, 225 at the front, increasing to an extreme 335 at the rear.

The mechanical parts of the donor DB9 have been left untouched, which means peak output remains capped at 510 horsepower and 457 pound-feet of torque. For the transmission, buyers will have the choice of a 6-speed manual or 6-speed automated manual. 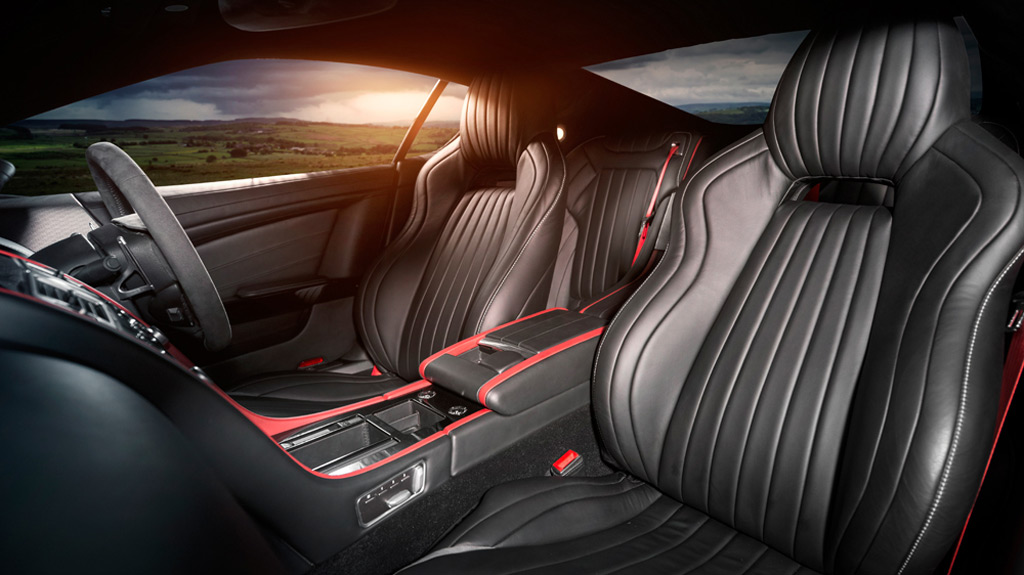 Inside, the 2+2 arrangement of the stock DB9 has been lined in quality quilted leather. The seats are also embossed with Kahn's signature. Like with any Kahn Design product, the look of the interior can be fully customized to suit the buyer's taste.

Numbers will be limited, with Kahn hinting that just 20 examples will be built. Each will be built by hand by Kahn’s chosen team of craftsmen and automotive experts, and each will carry an engraved plaque in the trunk bearing the names of every person who worked on the car. Deliveries should commence later this year.

Importantly, the project has the full endorsement of Aston Martin, which has worked closely with Kahn Design in developing the Vengeance.

“I am delighted to see Kahn Design at the Geneva auto show,” Aston Martin purchasing boss Gary Archer said. “There is a long and rich history of specialist coach-built Aston Martins and we wish Kahn every success with the Vengeance.”