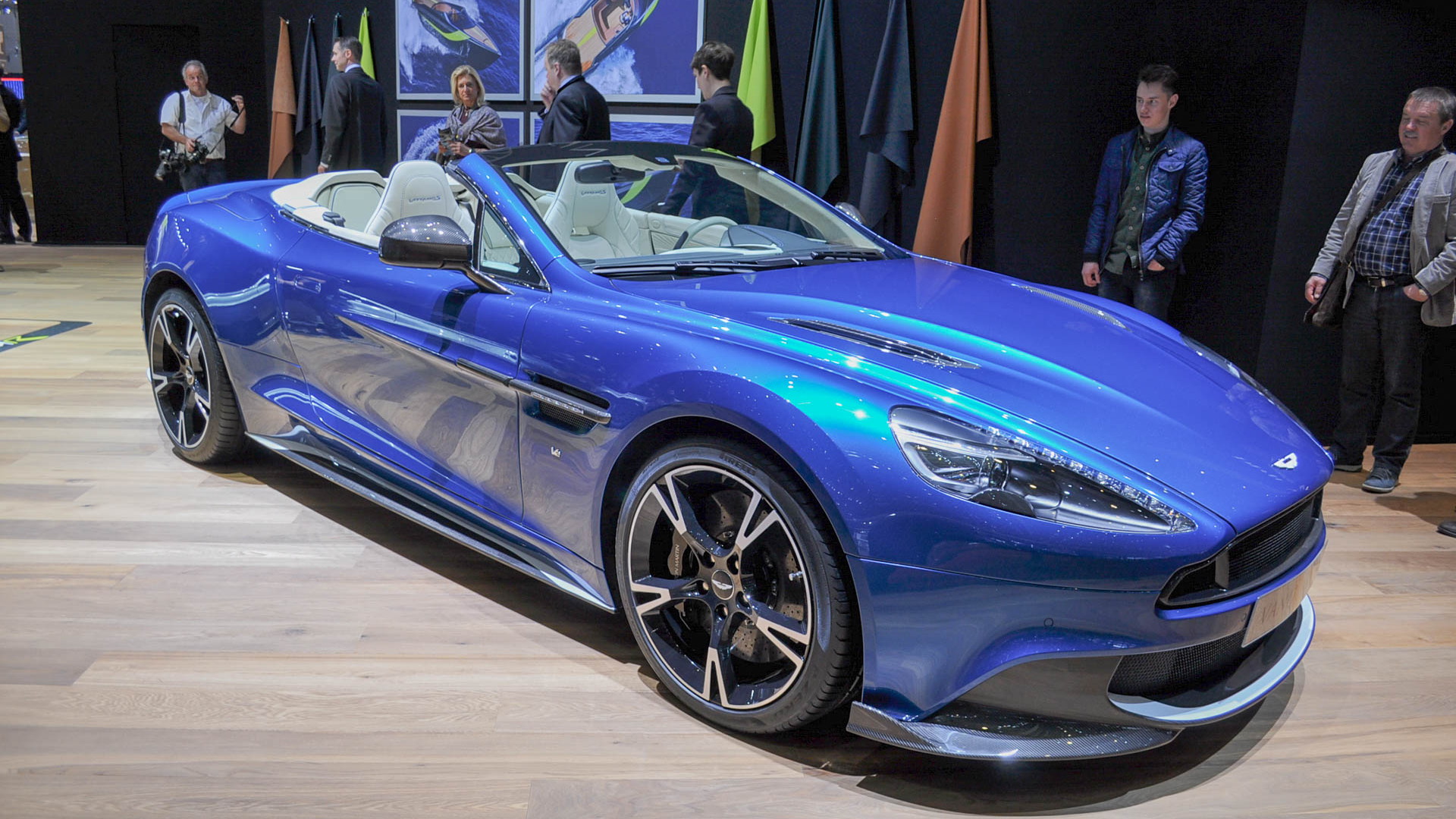 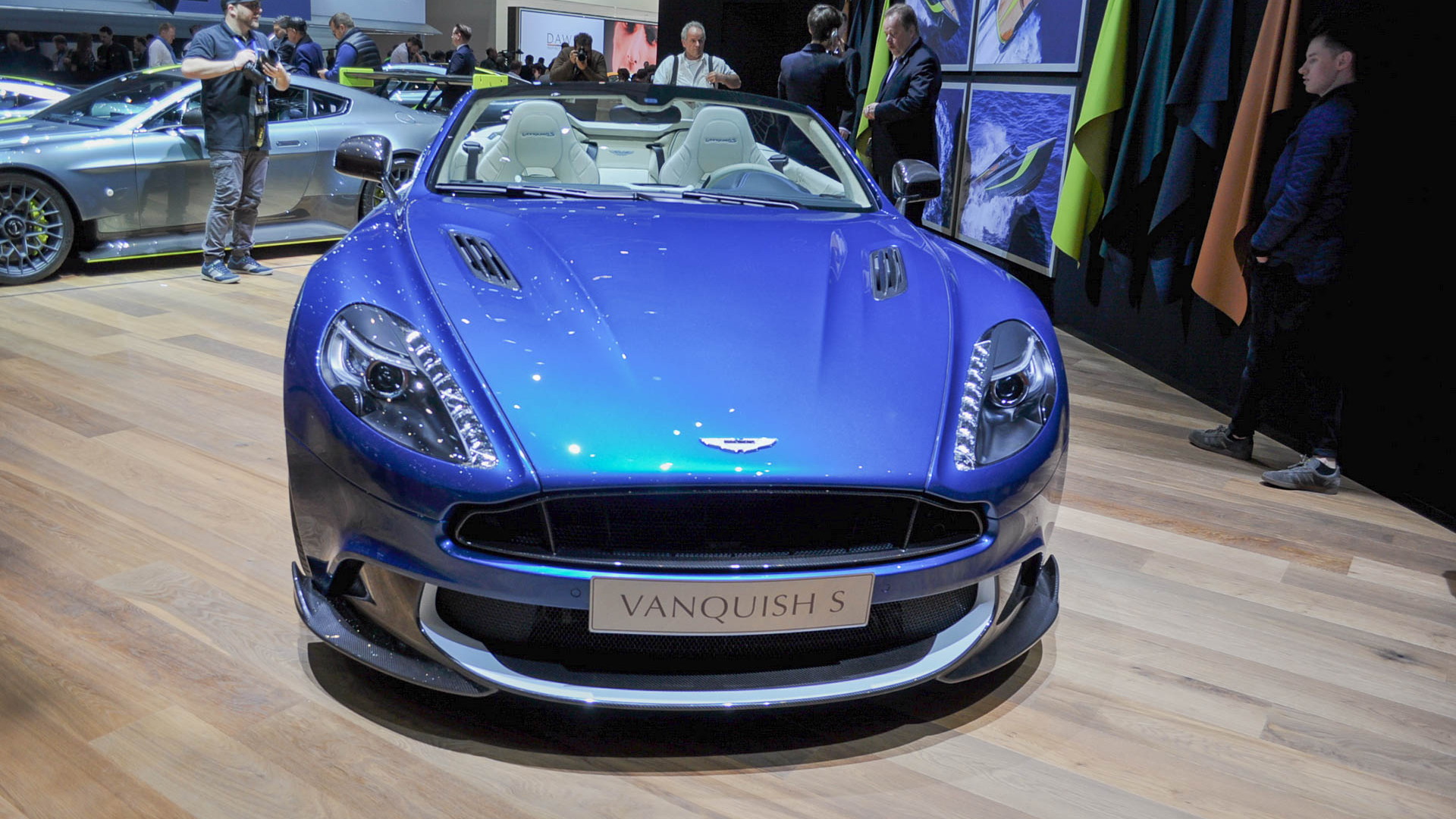 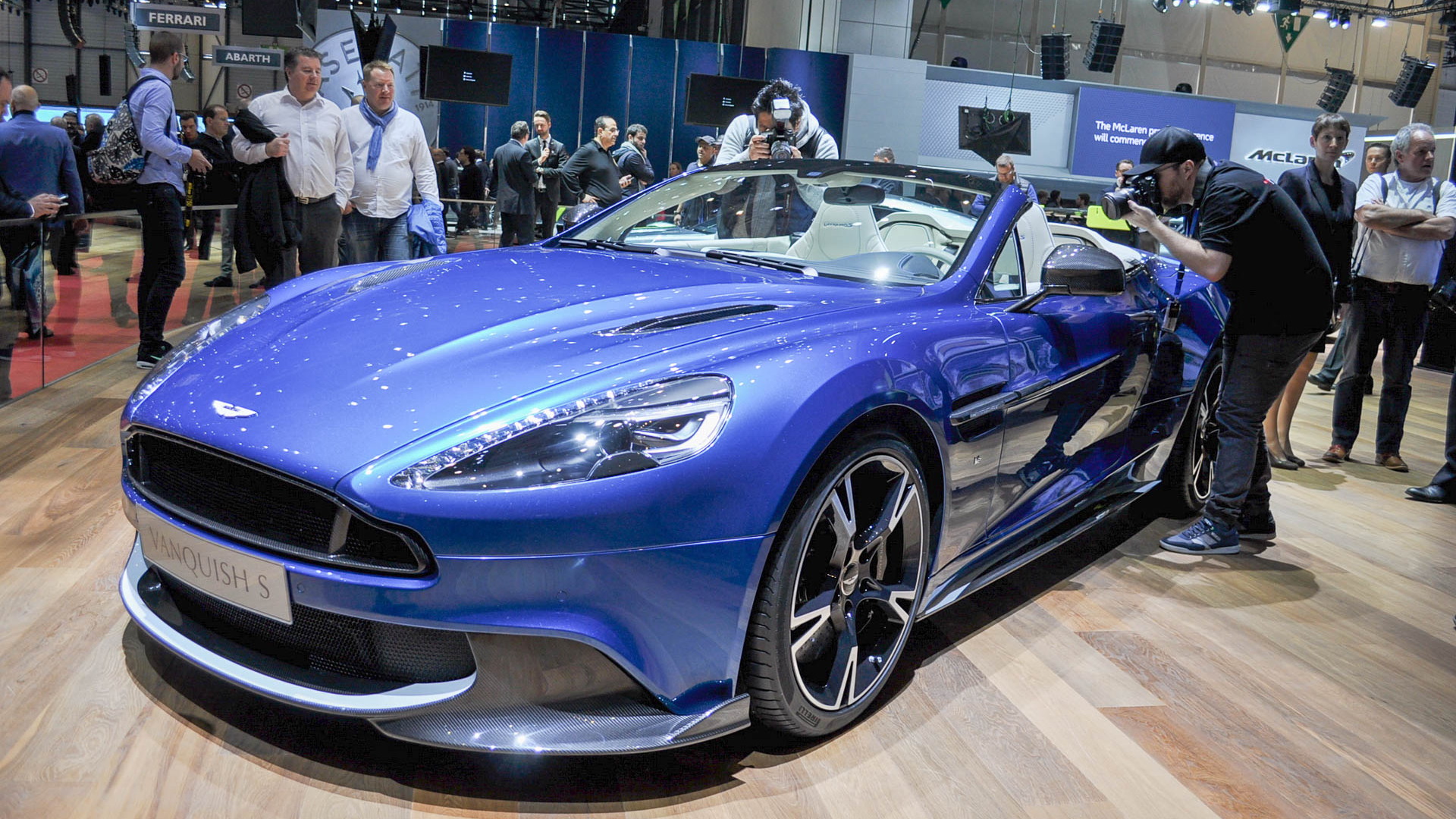 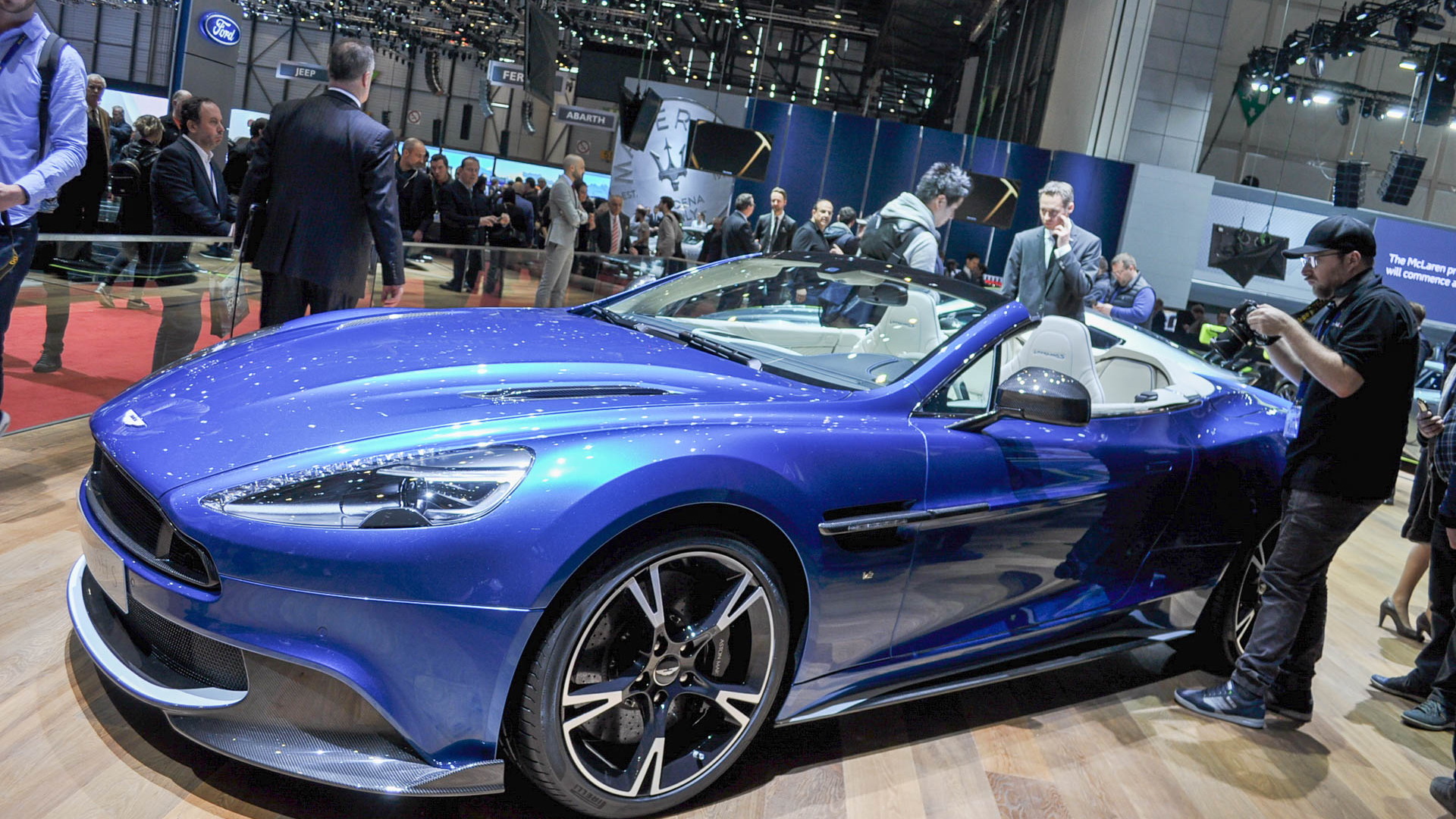 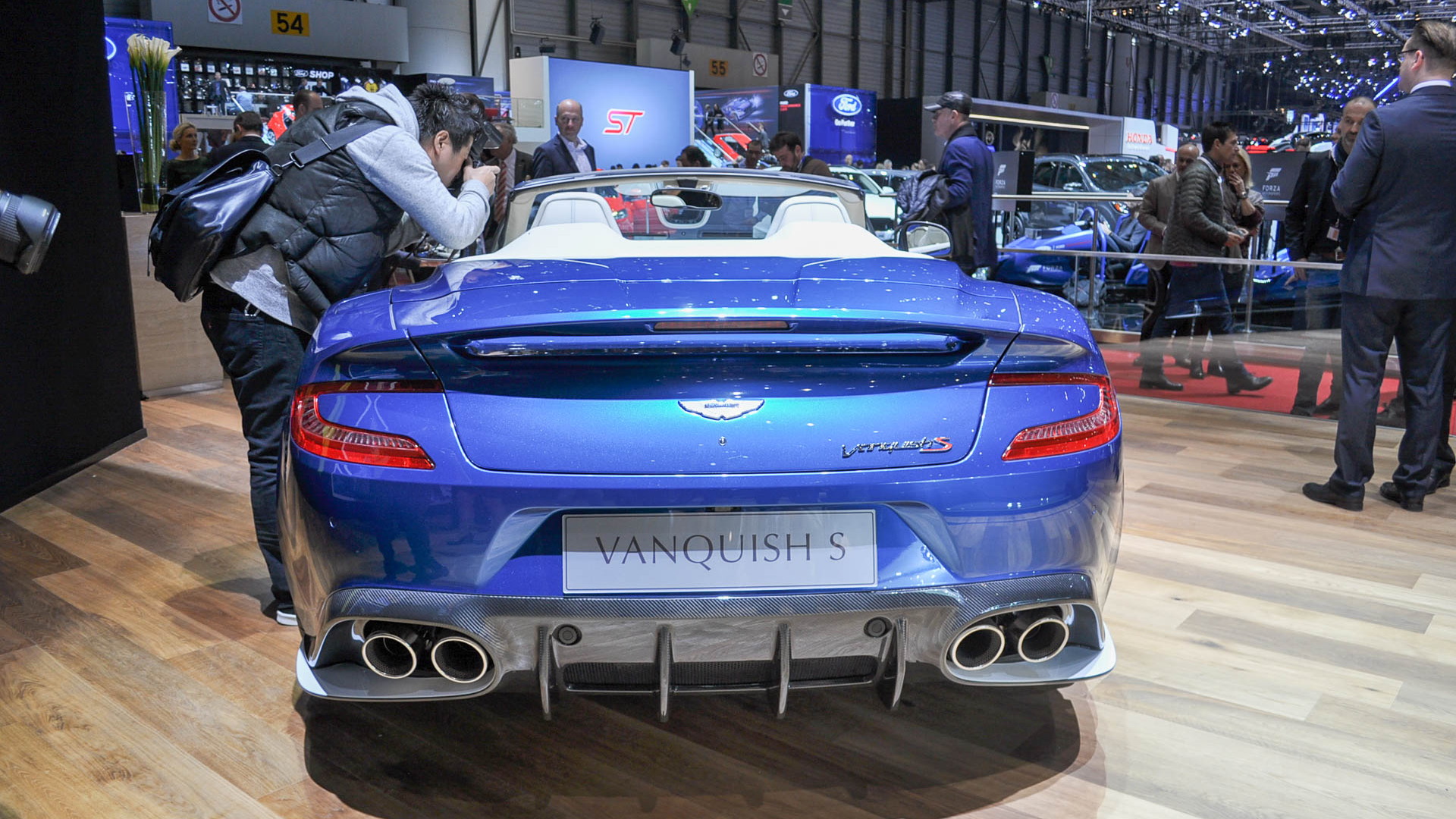 Aston Martin has provided us with our first look at the Vanquish S Volante, the convertible version of the Vanquish S coupe that debuted in November at the 2016 Los Angeles auto show.

Like the coupe, the Vanquish S Volante sports some new aerodynamic elements, uprated suspension and a unique quad-tip arrangement for the exhaust system.

Power comes from a 5.9-liter V-12, tuned here to deliver 580 horsepower and paired with an 8-speed automated manual transmission. Aston Martin tells us that the transmission was revised specifically for the Vanquish S to deliver faster shifts and greater refinement at low speeds.

Vanquish S coupes will sprint to 62 mph in 3.5 seconds and top out at 201 mph. No figures for the convertible have been released but they should be similar.

Like all Vanquish models, the S variants feature an internal structure made from a mix of aluminum and carbon fiber. The body panels are also made from carbon fiber while the door structures are cast magnesium.

Inside, it’s all about luxury with quilted leather on the seats, a satin finish for the carbon fiber dash accents, and “Vanquish S” embroidery on the headrests. Aston Martin also offers what it calls Bridge of Weir Caithness leather, said to be just that little bit more supple. Of course, everything can be personalized via Aston Martin by Q.

Both cars are due in showrooms in April and pricing for the coupe has been confirmed to start at $294,950. A price tag for the convertible is yet to be announced.

With a redesigned Vanquish due out in the next year or two, this will likely be the last application of Aston Martin’s naturally-aspirated V-12, as the automaker's future V-12 models will adopt the twin-turbocharged 5.2-liter engine that debuted in the 2017 DB11.

The Vanquish S made its world debut this week at the 2017 Geneva auto show. Aston Martin also used the show to introduce its new AMR performance sub-brand and announce that its upcoming hypercar would be called the Valkyrie.

For more Geneva coverage, head to our dedicated hub.