One of Aston Martin’s key strategies for its Second Century turnaround plan is greater differentiation between its sports cars.

CEO Andy Palmer has often joked that the benchmark will be the ability of his 77-year-old mother to easily identity each of the cars.

The first of Aston Martin’s new sports cars is the 2017 DB11, which made its debut at the recent Geneva Motor Show. It will be followed in quick succession by new versions of the Vantage and Vanquish.

The DB11 fills the role of grand tourer while the new Vantage will be a driver-focused offering for enthusiasts (it will also continue to serve as the platform for Aston Martin’s GT racing endeavors). The flagship—not including the recently announced hypercar—will be the new Vanquish, which will be repositioned as a high-performance tech showcase.

Speaking with Drive, Palmer revealed that the new partnership with Red Bull Racing, specifically with the Formula One team’s Red Bull Technology subsidiary responsible for developing and manufacturing the team’s race cars, will influence the design of all future Aston Martin road cars, including the new Vanquish. 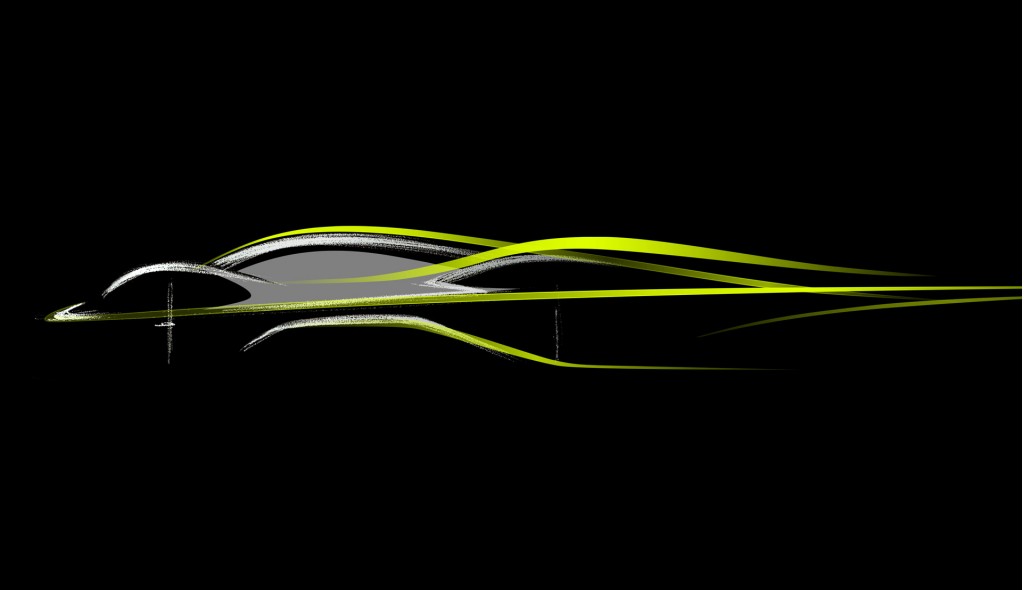 “Some of the technologies we are developing with Red Bull Technologies and Adrian [Newey] will undoubtedly flow through to the next Vanquish,” Palmer is quoted as saying. “It is at a sufficiently high price point where it can absorb some of these technologies—not all [of them], but I am particularly interested in structural carbon fiber and KERS type technology that you could easily see working in that car.”

KERS refers to the high-performance kinetic energy recovery systems used in F1, where some of the wasted brake and exhaust energy is converted into electrical energy that can be stored in a battery for later use.

Aston Martin plans to launch at least one all-new model and two special edition offerings every year. Next year is expected to mark the arrival of the new Vantage, which Palmer said will draw elements from the DB10 sports car developed for the James Bond movie Spectre. It’s not clear what special edition models will also be launched in 2017.

In 2018, the new Vanquish is expected to arrive on the scene along with two special editions that Palmer confirmed would be an electric Rapide and the hypercar. As for the hypercar, Palmer said just 99 examples will be built. He hinted that it may end up being as fast or perhaps even faster than a F1 car around a track. He also said that a prototype version might show up at the 2016 Goodwood Festival of Speed in June.