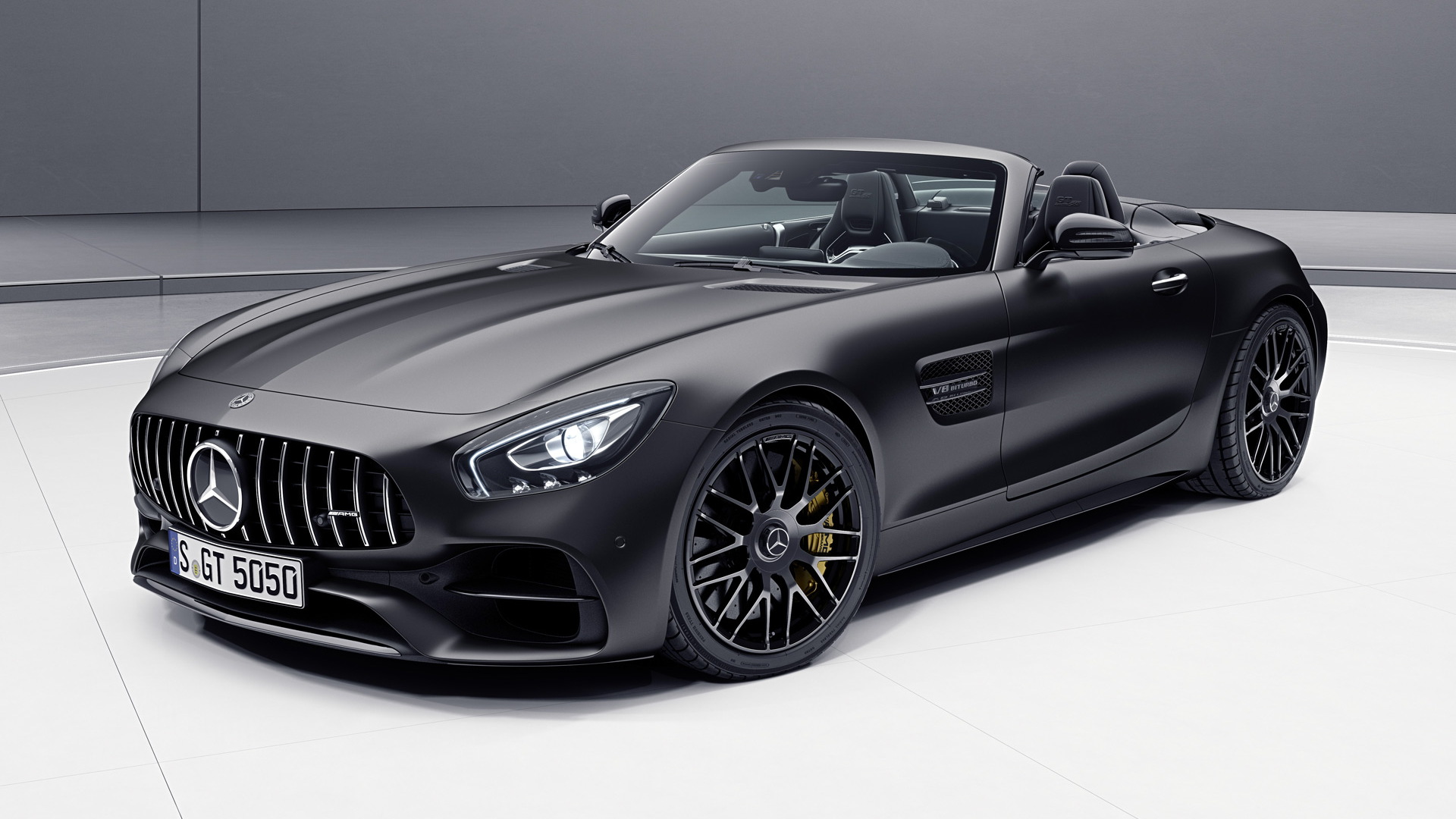 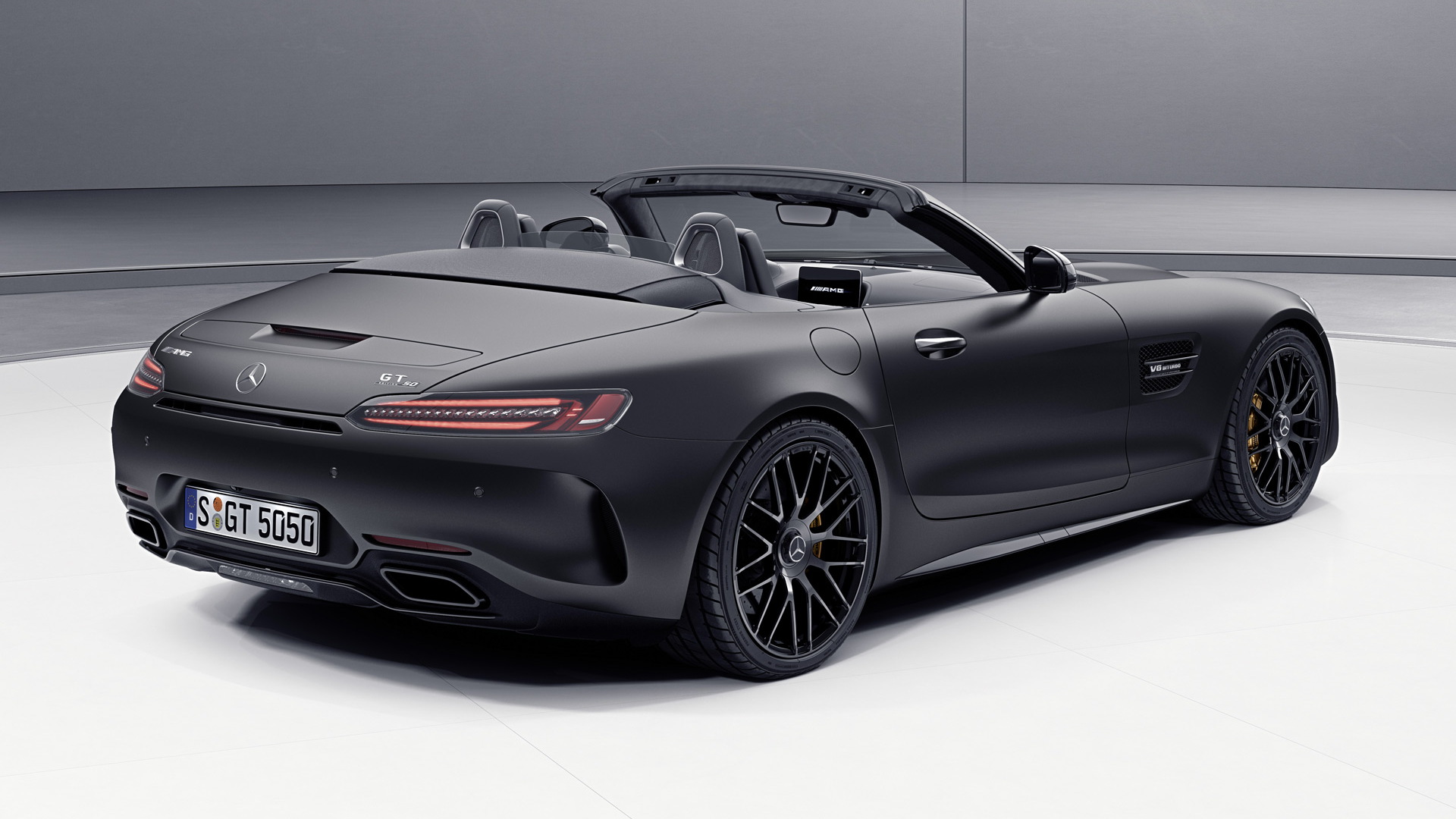 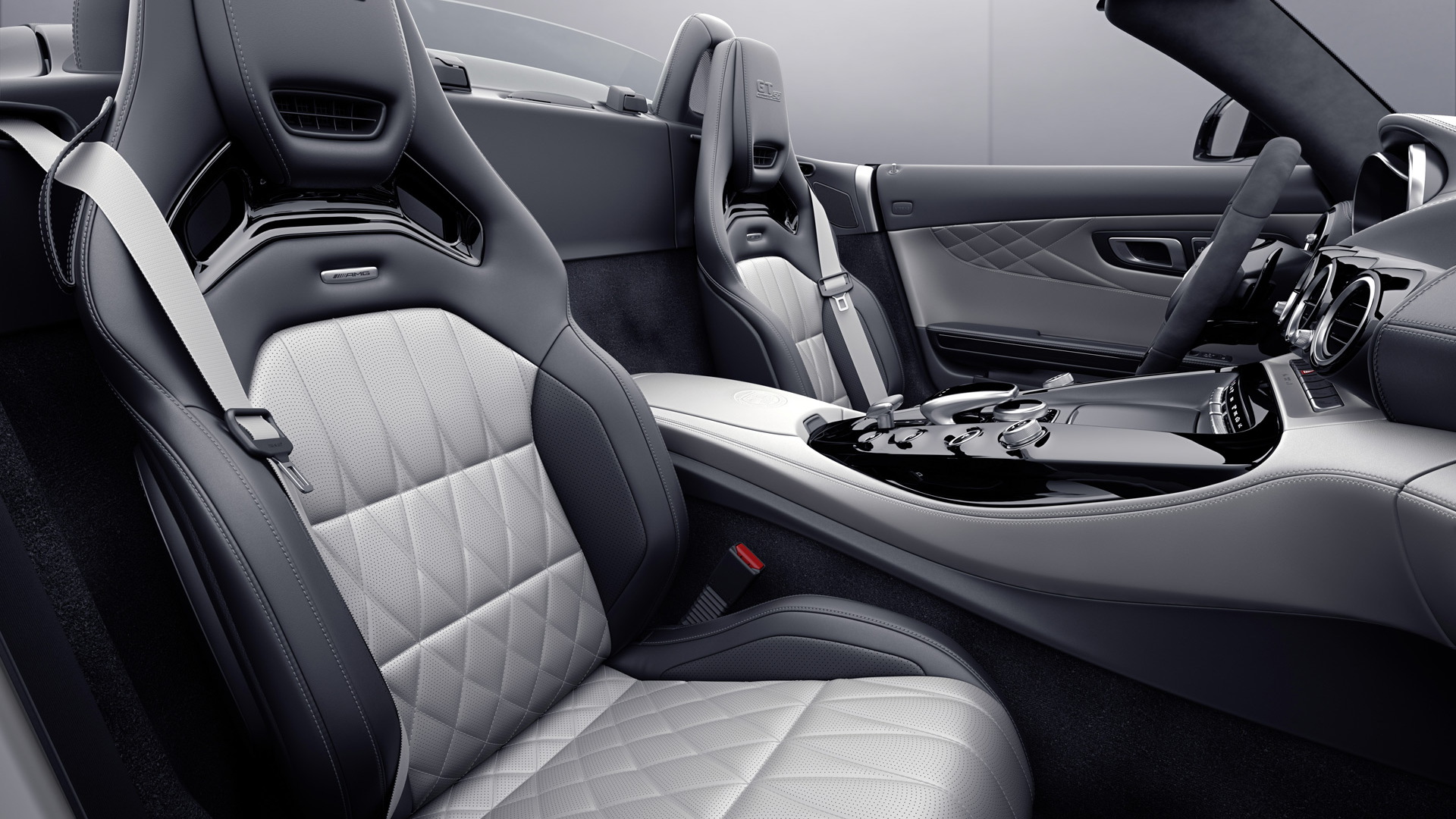 Mercedes-AMG is celebrating its 50th anniversary in 2017, and the Affalterbach tuner has numerous models planned to mark the milestone. The first of these was the GT C Edition 50 that we saw at the 2017 Detroit auto show. At next month’s 2017 Geneva auto show, AMG will introduce the convertible version.

The regular GT C Roadster was revealed to the world at the 2016 Paris auto show. The Edition 50 version gets an exclusive finish called Designo Graphite Gray Magno along with black chrome accents on the side skirts, front splitter, grille, front fender vents, the rear diffuser, and the exhaust tailpipe trims. Black accents can also be found in the cabin, where they contrast with some silver elements.

No changes are made to the mechanicals which means the car’s twin-turbocharged 4.0-liter V-8 pumps out a maximum 550 horsepower and 502 pound-feet of torque. Mated with a 7-speed dual-clutch transmission, the engine rockets the car from 0-60 mph in 3.7 seconds and to a top speed of 196 mph.

Just 500 will be built, and of these only 50 will make it to the United States. They arrive later this year alongside the regular GT C and GT C Roadster models in AMG’s 2018 lineup.

AMG will have a few other attractions at the Geneva auto show. The tuner will also show off a C63 S Cabriolet special edition called the Ocean Blue Edition, which is finished in special Designo Cashmere White Magno paint. In addition to this, there will be C43 Coupe and C43 Cabriolet models equipped with an AMG Performance Studio Package. The package is characterized by numerous black accents.

But that’s not all. AMG is also planning a concept car that’s likely to preview a high-performance sedan.

The Geneva auto show starts March 7. For more of our coverage, head to our dedicated hub.