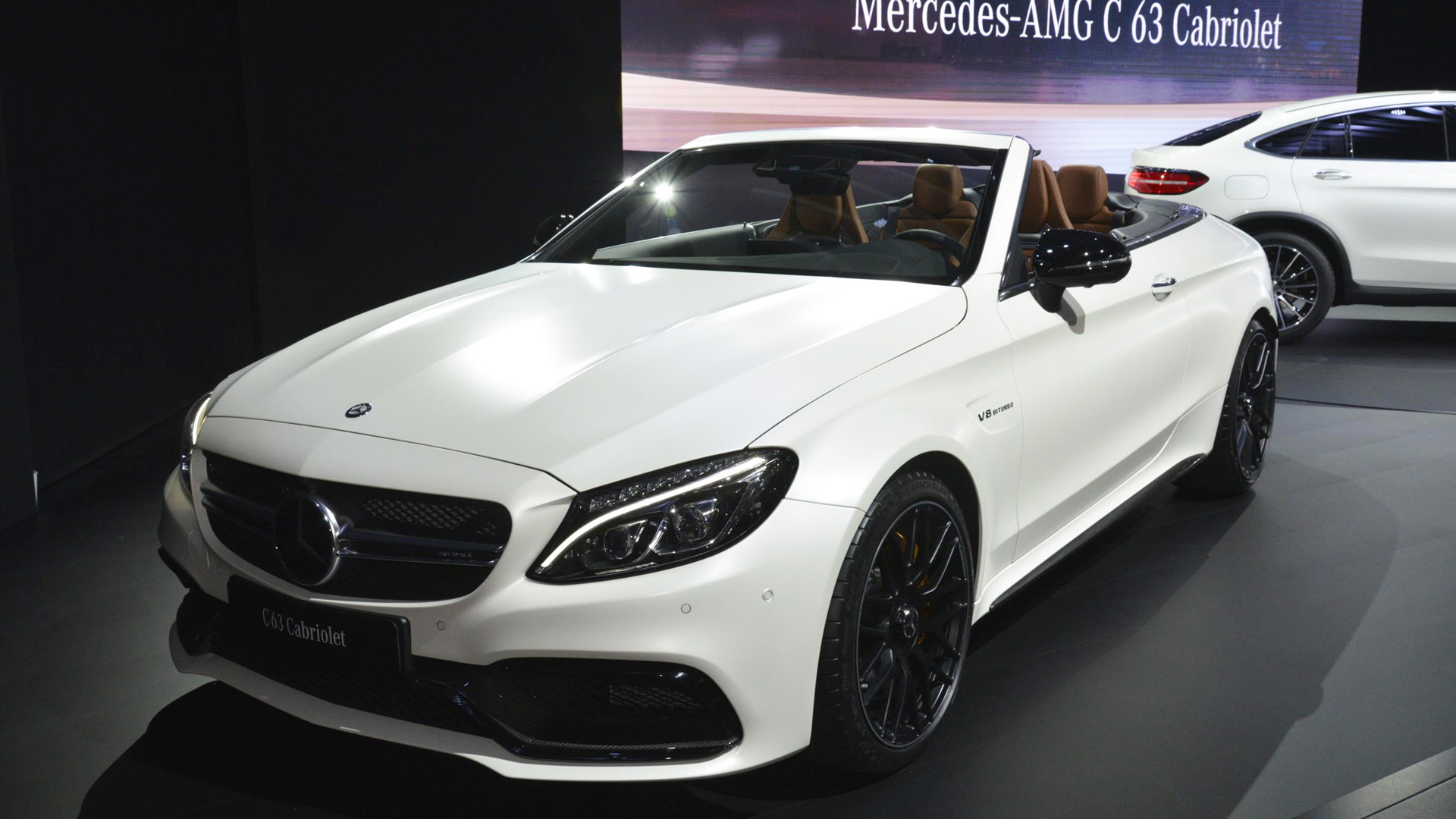 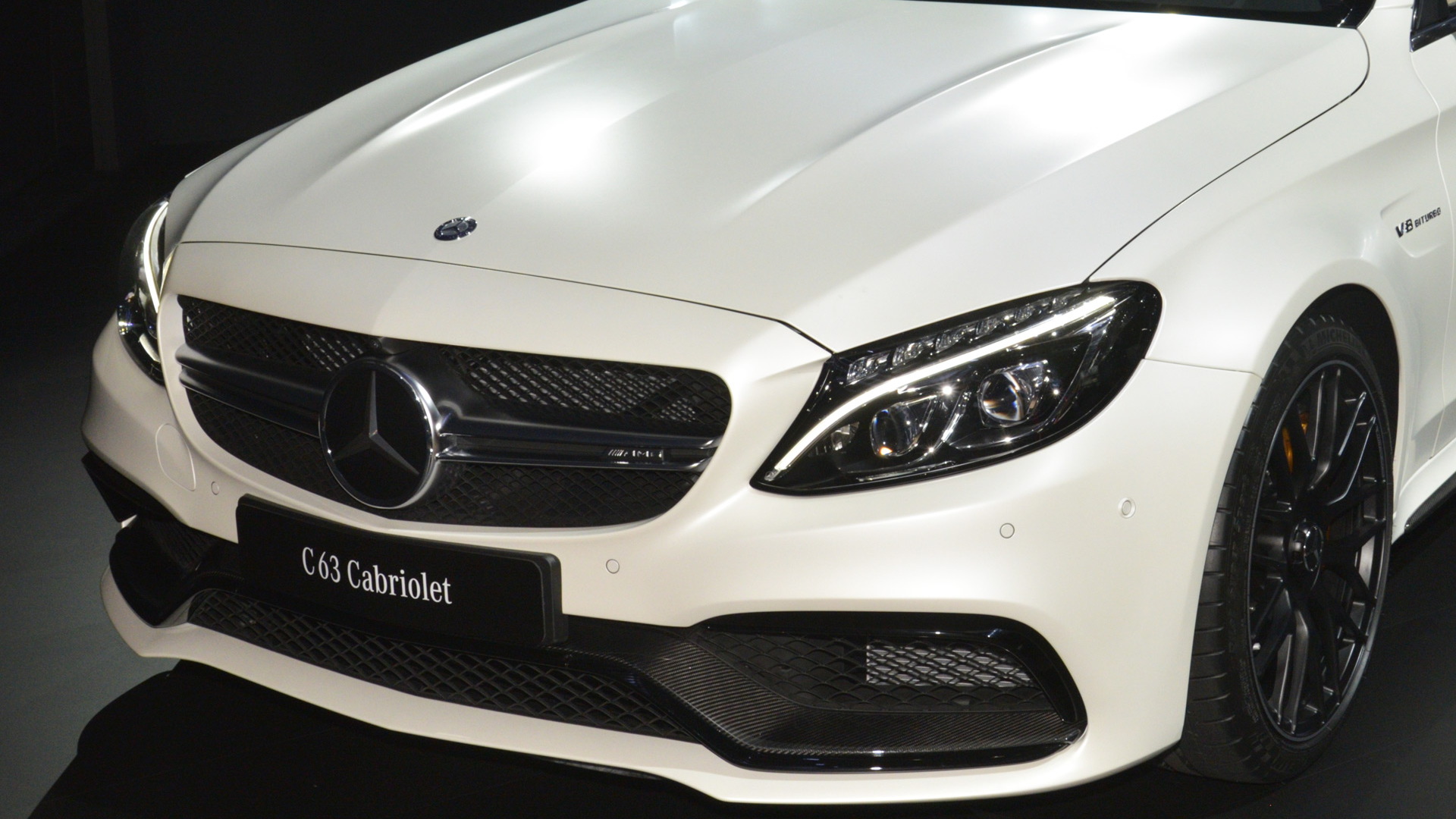 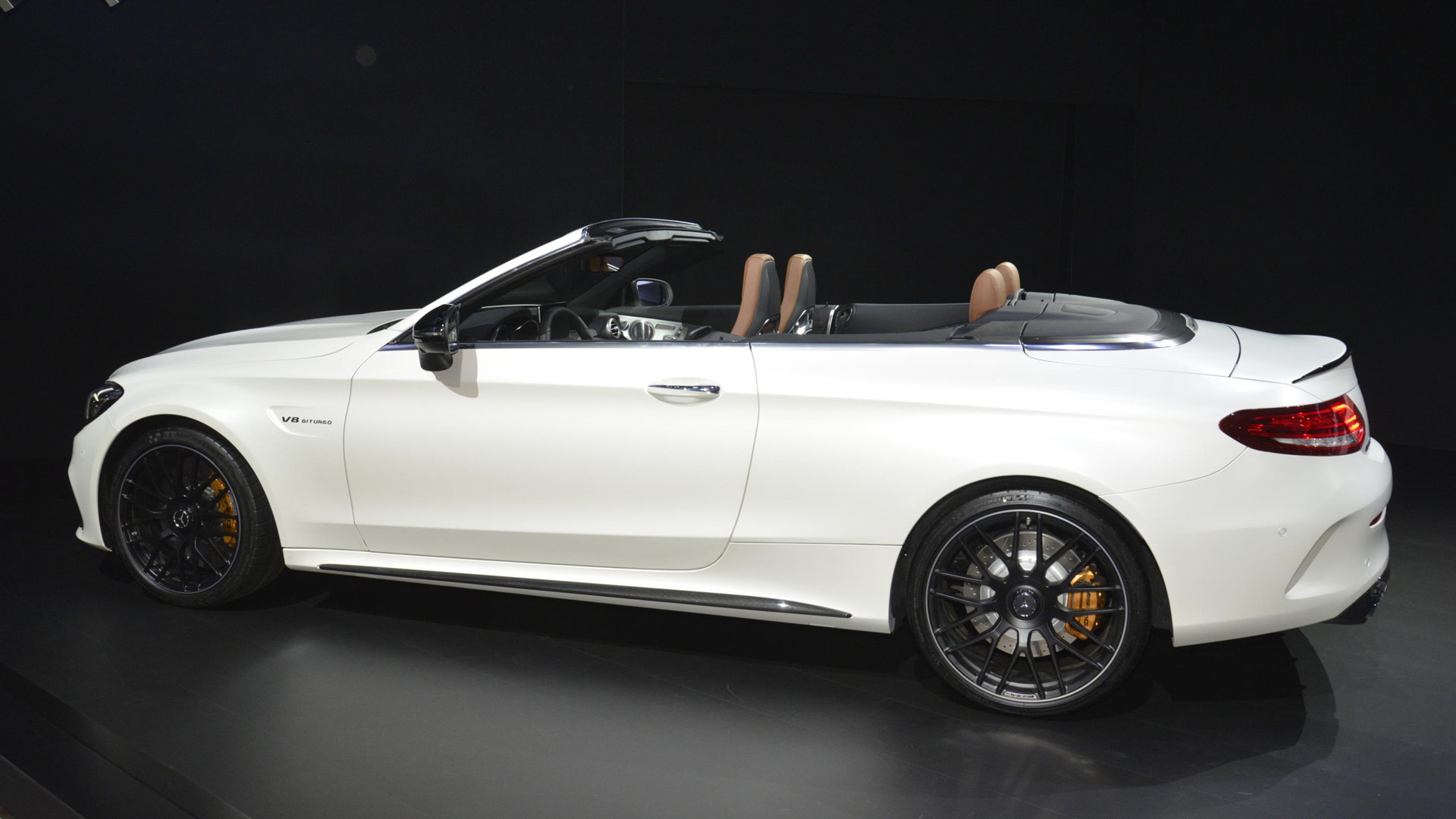 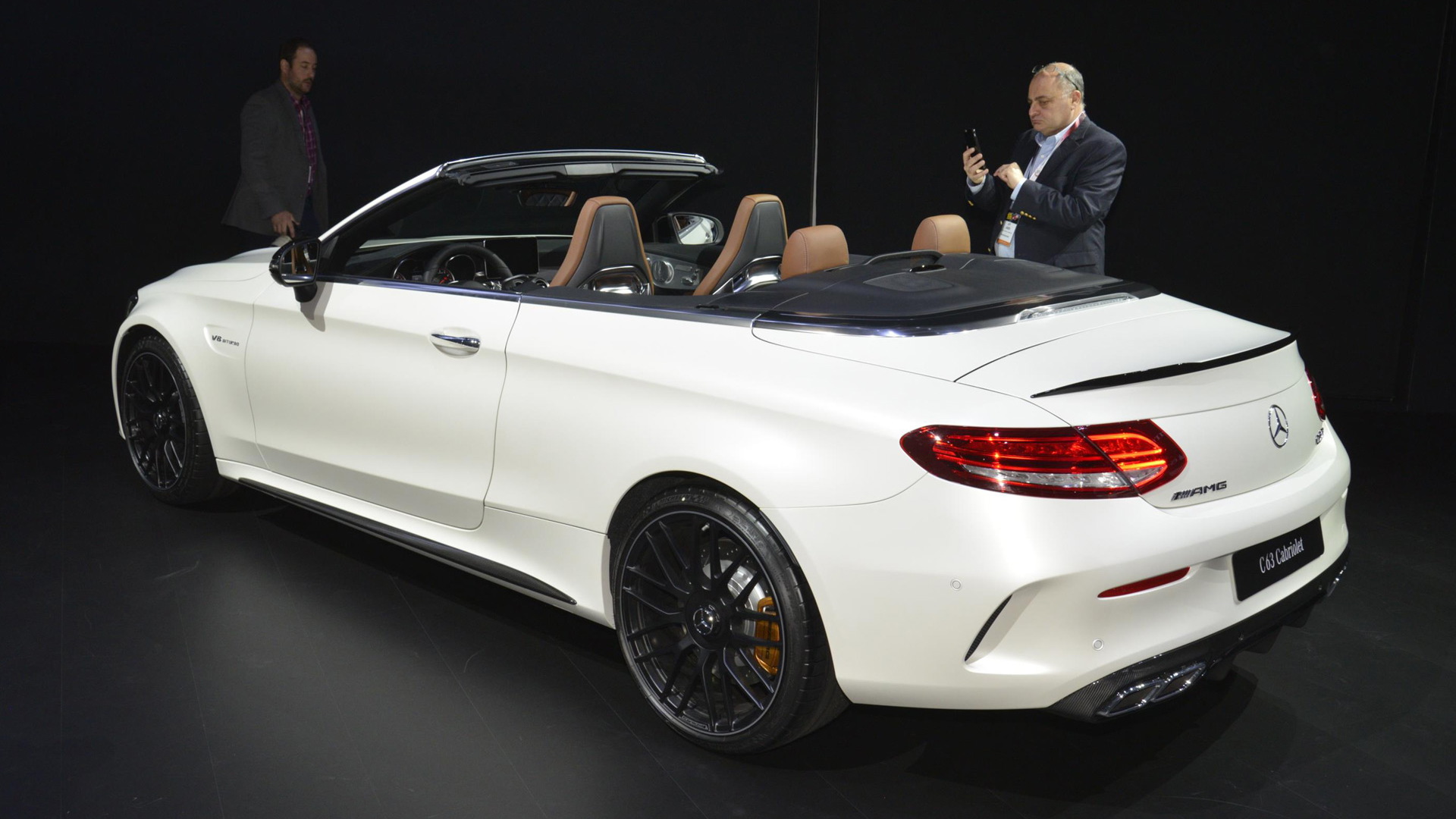 Mercedes-AMG has applied its V-8 treatment to Mercedes-Benz's all-new C-Class Cabriolet to create the C63 Cabriolet.

Making its world debut this week at the 2016 New York Auto Show, the handsome droptop offers a choice of engine tunes rated at 469 or 503 horsepower in the C63 and C63 S, respectively. It means owners will have big bragging rights over the competitive BMW M4 Convertible's 425 ponies.

Both C63 Cabriolet variants feature a common twin-turbocharged 4.0-liter V-8; the 469-hp horsepower model will sprint to 60 mph in 4.1 seconds, while the 503-hp model shaves 0.1 seconds off of that figure. The standard C63 will continue on to an electronically-limited 155 mph, but the C63 S's limiter has been set to 174 mph. The C63 S also includes its own specific engine mounts.

Unlike the M4, the C63 will be available exclusively with a 7-speed automatic gearbox with a host of sport-oriented modes.

Naturally, an AMG-tuned suspension with adaptive damping will fitted as standard. A specific rear axle carrier gives the car a wider stance than its more pedestrian C300 and C43 cousins. Staggered 18-inch wheels are standard but the C63 S adds a 19-in set. Those wanting maximum wheels can opt for a 19-in front, 20-in rear combination.

A rear electronic limited slip differential helps transmit power to the pavement and its behavior can be modified via a three-stage stability control system.

An optional performance exhaust will further alert those around the C63 Cabriolet to its potential. Depending on the transmission's mode, the exhaust has a flap that will automatically open to produce a more aggressive sound.

Of course, it's not just the way the C63 Cabriolet sounds that will signify its performance. In addition to its wider track, the C63 Cabriolet's wheel arches are flared (2.5 inches up front, 2.6 inches out back) and its aluminum hood with twin power domes is stretched 2.4 inches. Also available is a set of carbon-ceramic brake rotors.

Inside, the C63 Cabriolet gets the full AMG treatment with its own 3-spoke steering wheel, a 200 mph speedometer plus sports seats.

The first Mercedes-AMG C63 S Cabriolets out of the gate will be marked with a special Edition 1 packaged. Swathed in "cashmere white magno" paint over saddle leather, the Edition 1s will be fully loaded.

Mercedes says the C63 Cabriolet will hit the market by fall. Pricing details should arrive closer to that date.

We've already driven the C63 sedan and C63 Coupe, and can only imagine how much more fun the car will be with its roof down.

It's been a busy show for Mercedes, with reveals such as the new GLC Coupe, updated CLA, and sporty GLC43 and E43. To read about them and learn about other vehicles debuting in New York, head to our dedicated show hub.