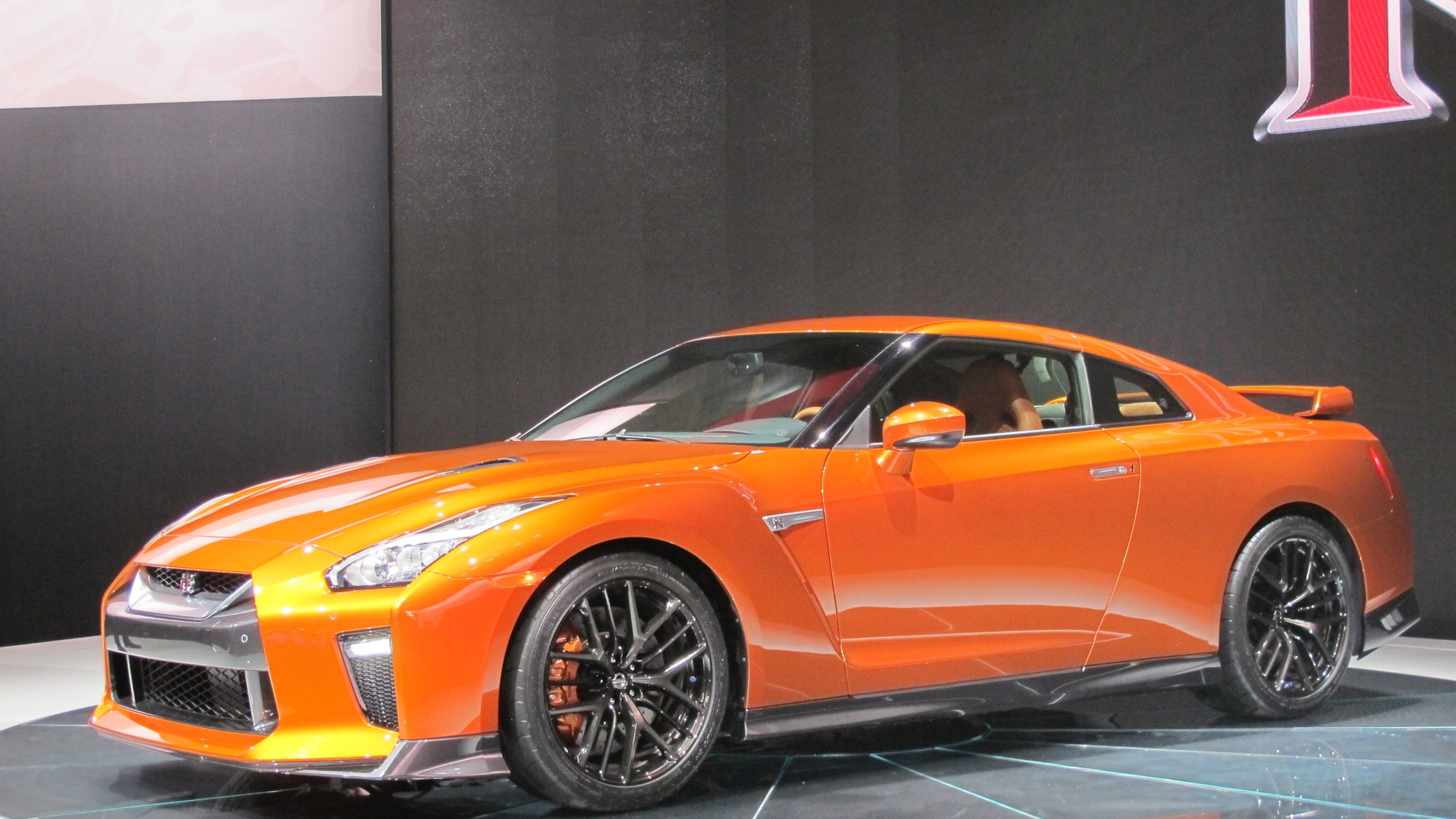 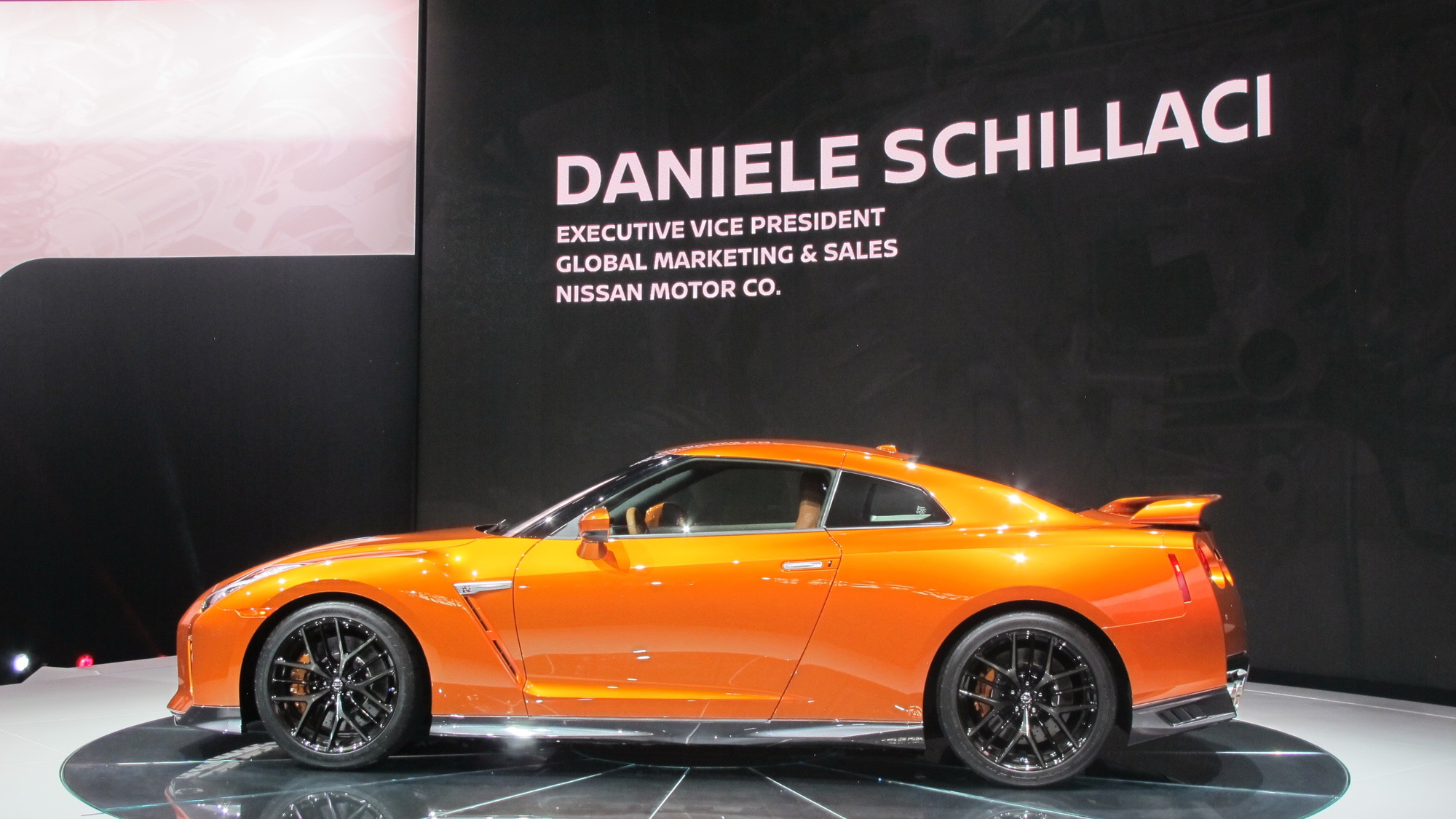 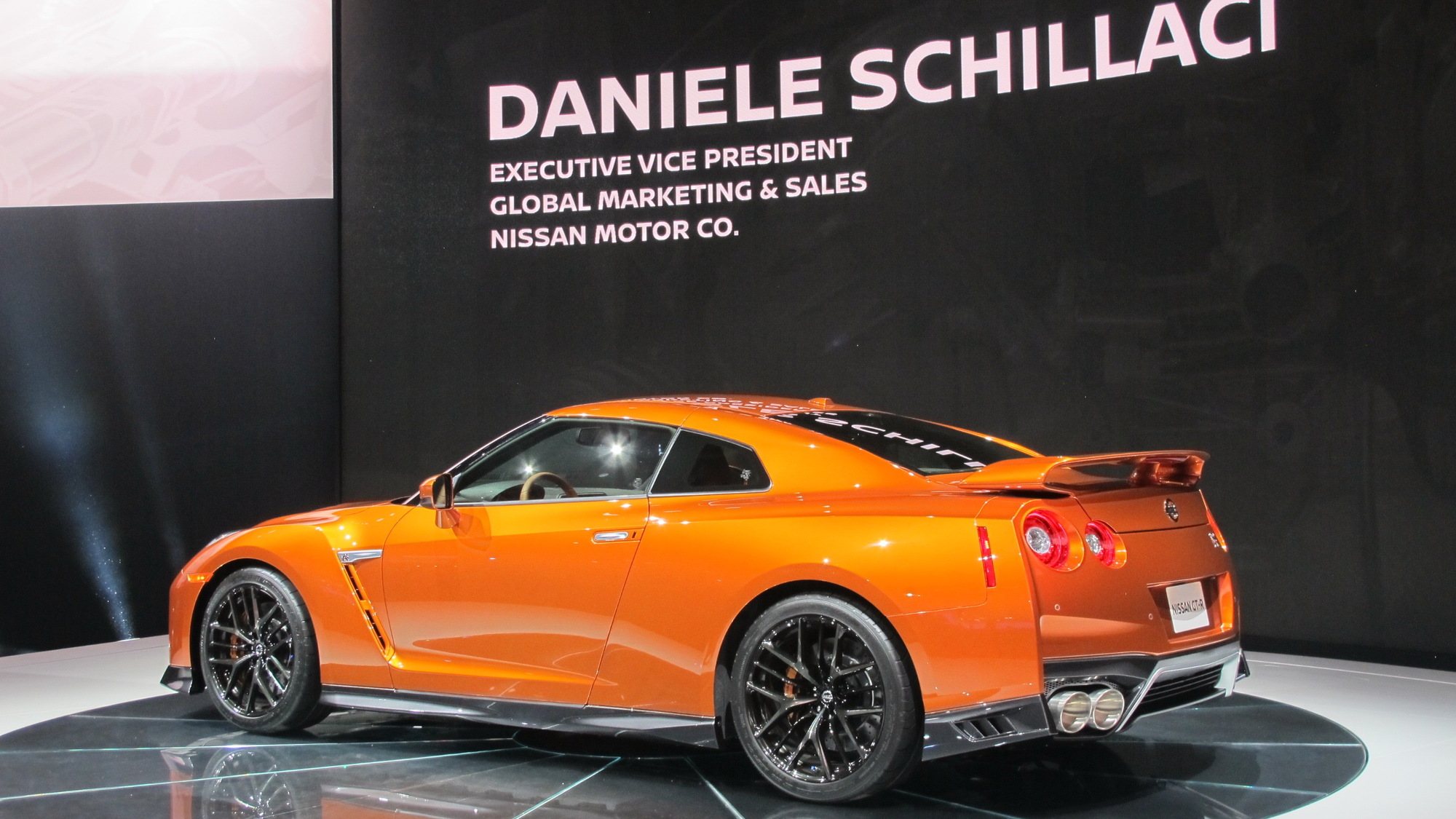 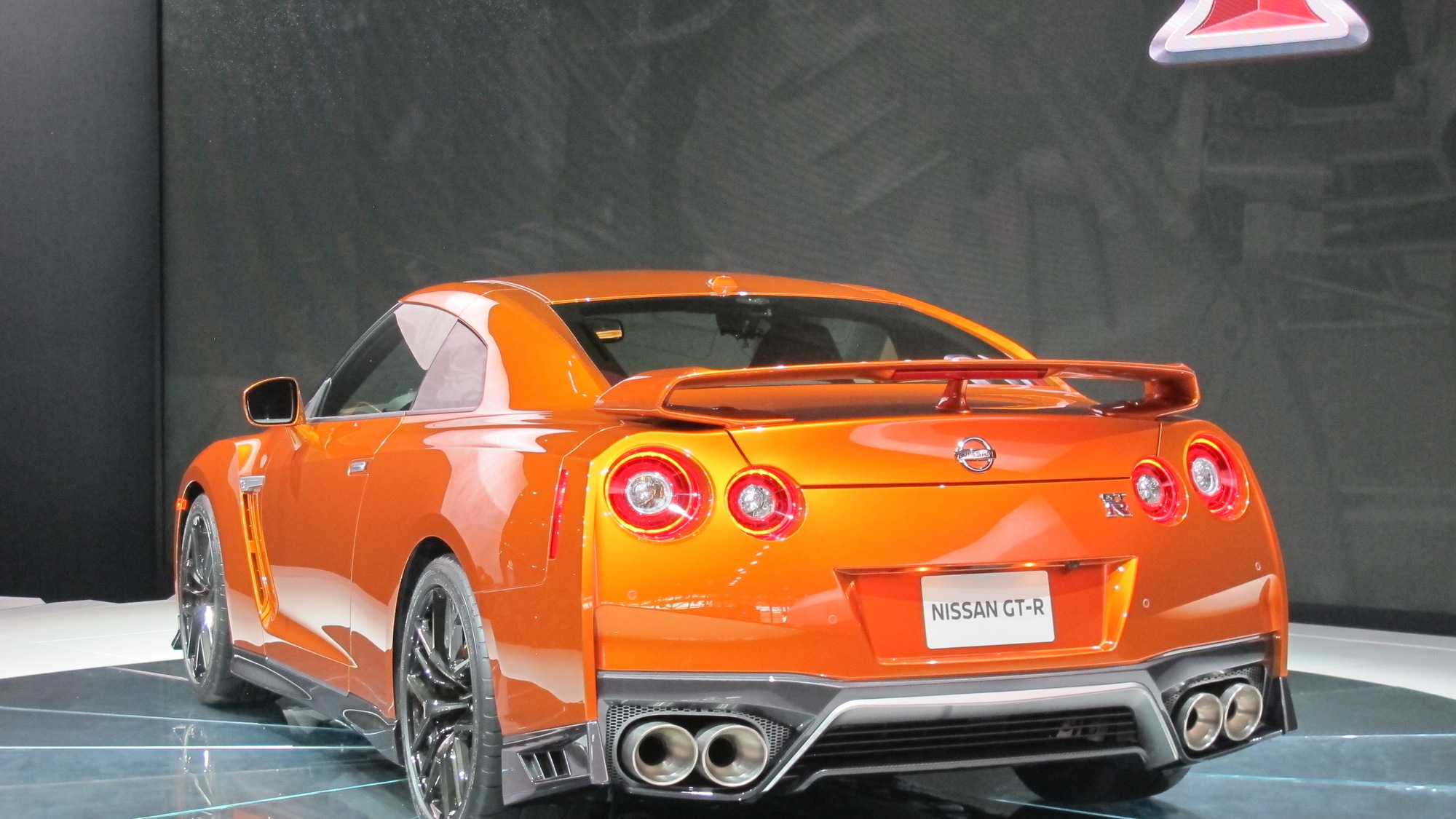 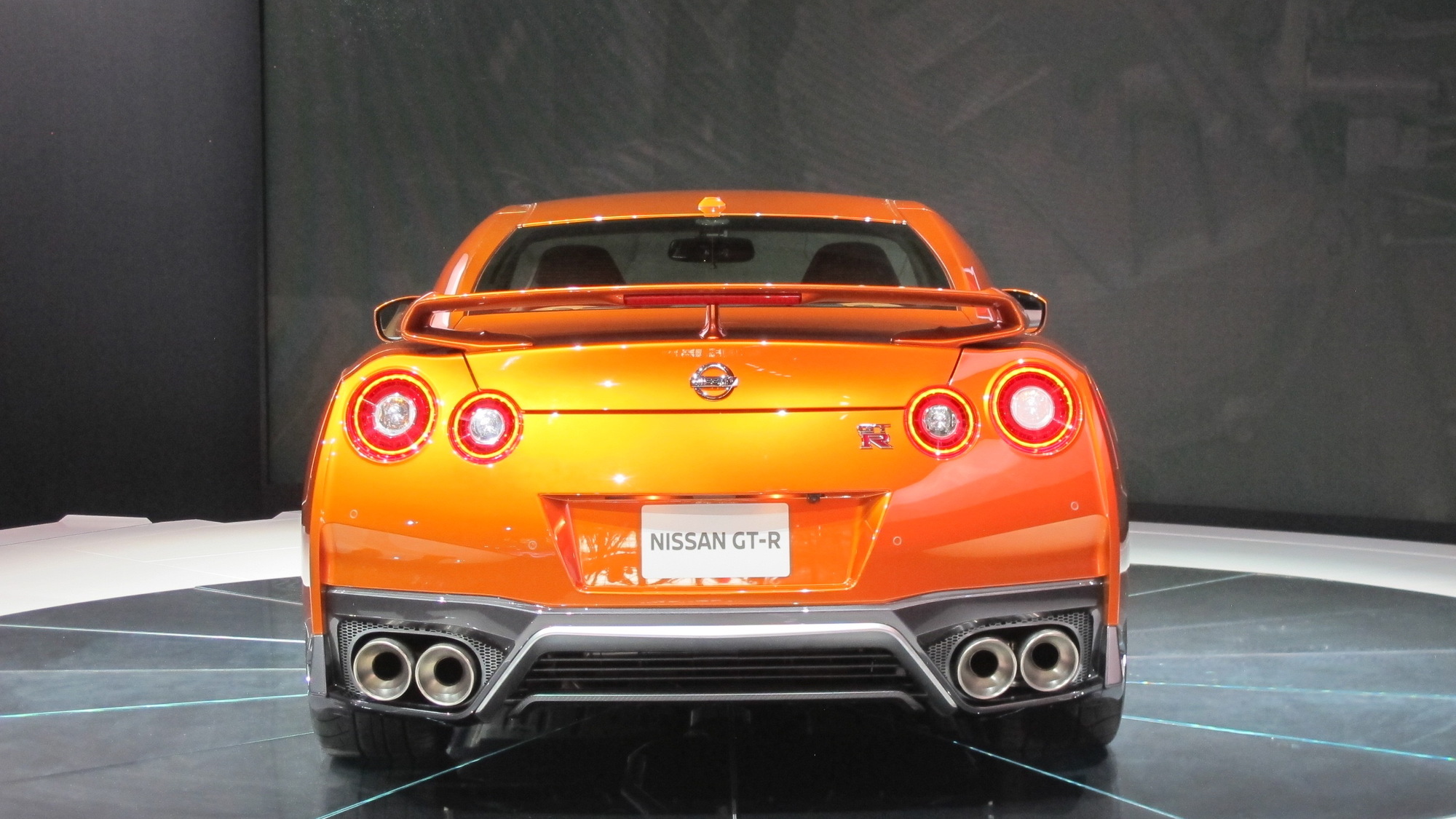 Nissan today at the 2016 New York Auto Show showed the most extensively updated GT-R since the car debuted in 2007. Performance fans will care that "Godzilla" adds 20 horsepower, but it also gets an extensively updated interior, a new infotainment system, and revised styling front and rear.

The most noticeable exterior changes are to the front fascia with a version of Nissan's "V-Motion" grille that is larger and therefore improves cooling capability. The mesh pattern is new and so is the matte finish. The revised front lip spoiler and bumper design add downforce, and the hood is tweaked with more pronounced character lines and—we're told—a greater ability to handle high speeds.

Along the sides, the sills are pushed outward to improve airflow and the 20-inch wheels feature a new 15-spoke design. The rear end gets new bodywork, with functional vents next to the quad exhaust tips and a higher beltline that is designed to make the car look wider.

Nissan says these changes make the car more stable at high speeds while maintaining the same 0.26 coefficient of drag. A new Blaze Metallic orange color is also added to the color palette.

The changes inside are more functional on an everyday basis. The dashboard is new, with an emphasis on a horizontal layout and an instrument panel wrapped in Nappa leather. An 8-inch touchscreen replaces the current 7-inch unit, and the number of knobs and switches is reduced from 27 to 11. A Display Command controller is added to the center console, and the car gets the NissanConnect system with navigation and access to mobile apps.

The seats are lighter thanks to a new construction technique and Nissan claims they provide greater comfort and support. The shift paddles also move from the steering column to the steering wheel, where, Nissan says, they are easier to operate mid-turn (though you really shouldn't be shifting in the middle of a turn).

In addition to the new interior look, the 2017 GT-R is quieter inside thanks to the addition of Active Noise Cancellation, more sound deadener, and an acoustic glass windshield. The Premium Edition model also adds Rakuda Tan to its list of color choices.

The 2017 Nissan GT-R goes on sale this summer and pricing will be announced closer to the market launch. Note, this is expected to be the last major update for the GT-R before the all-new R36 model arrives on the scene, currently thought to be sometime around 2018.