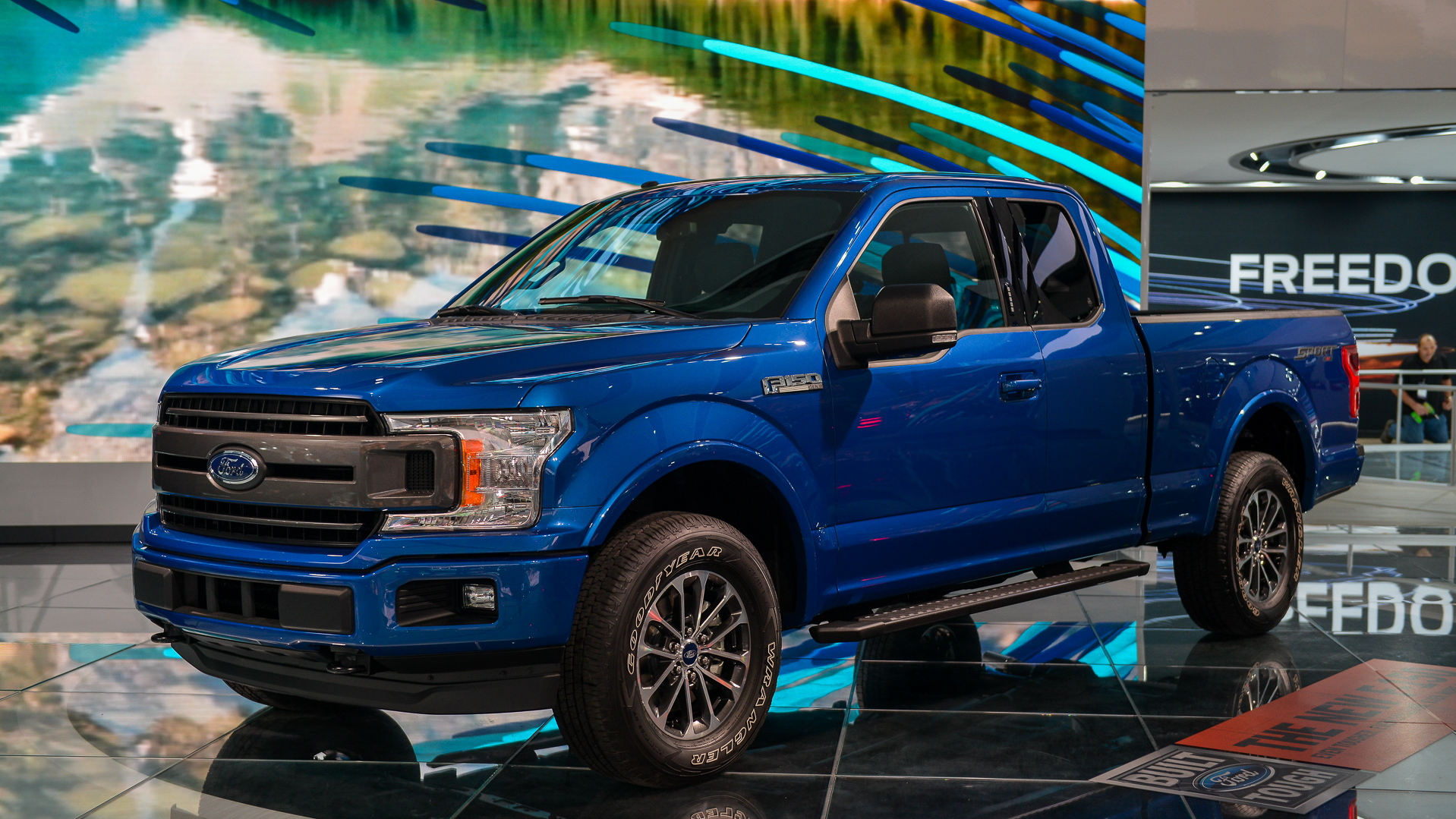 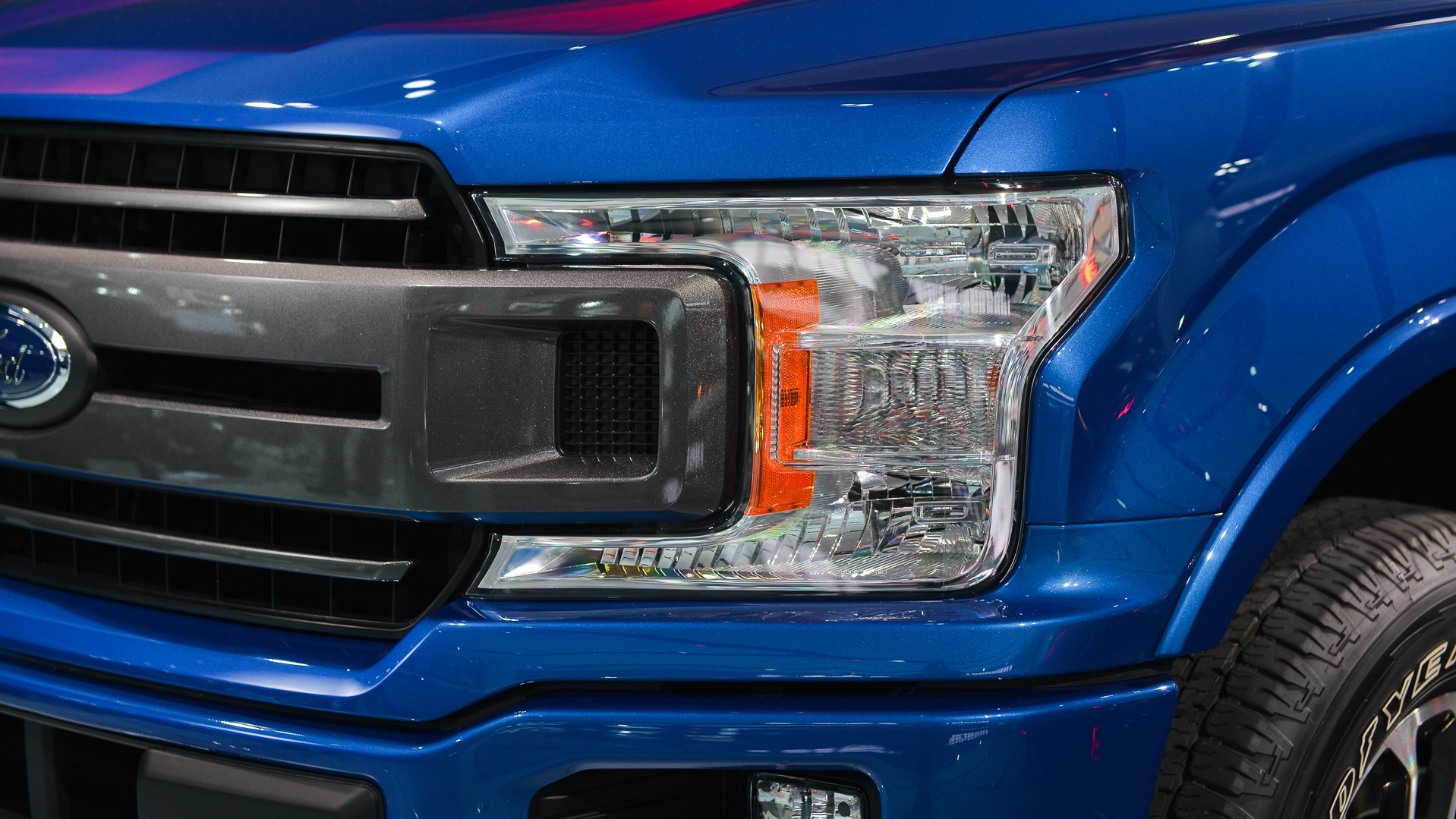 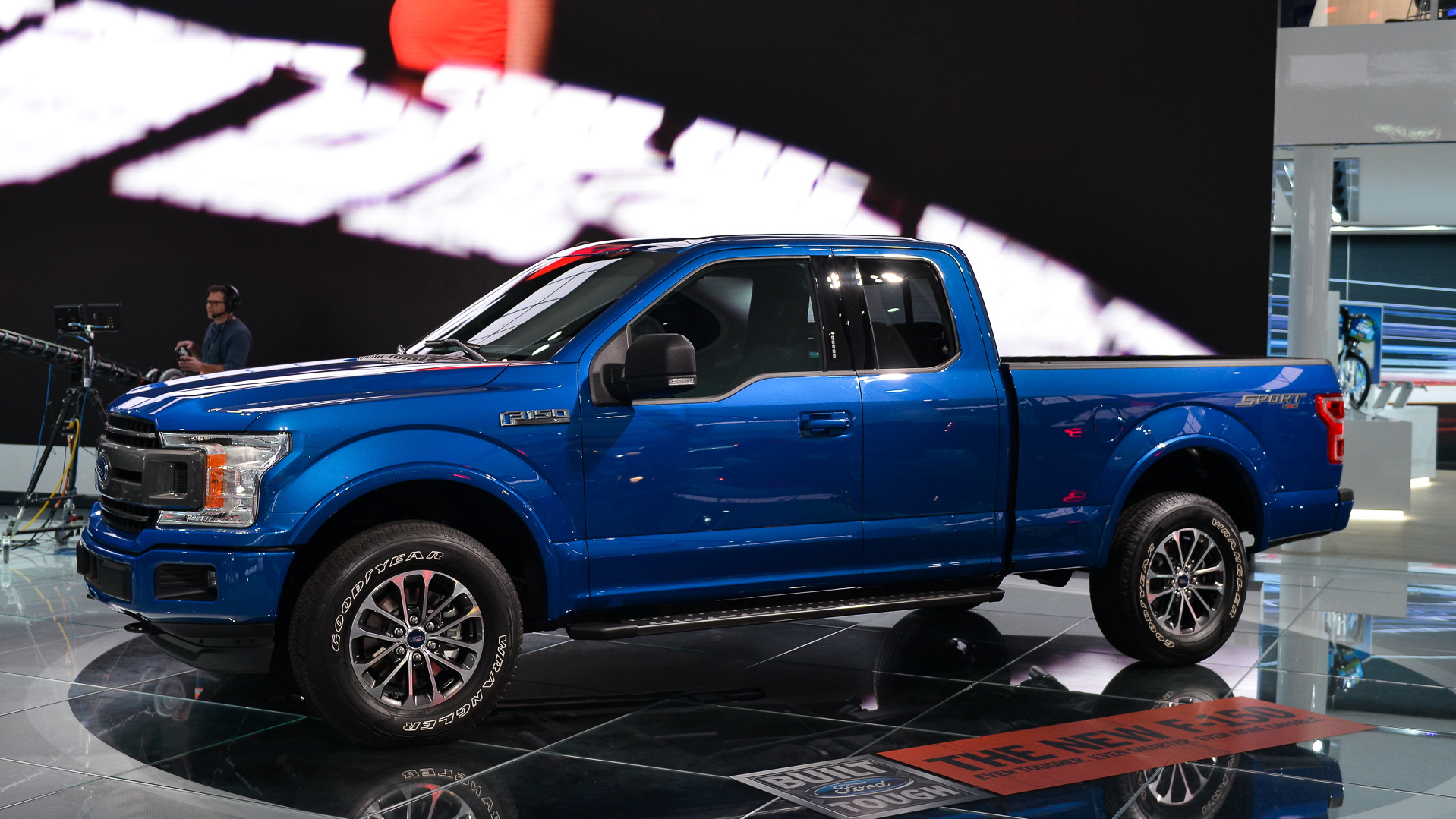 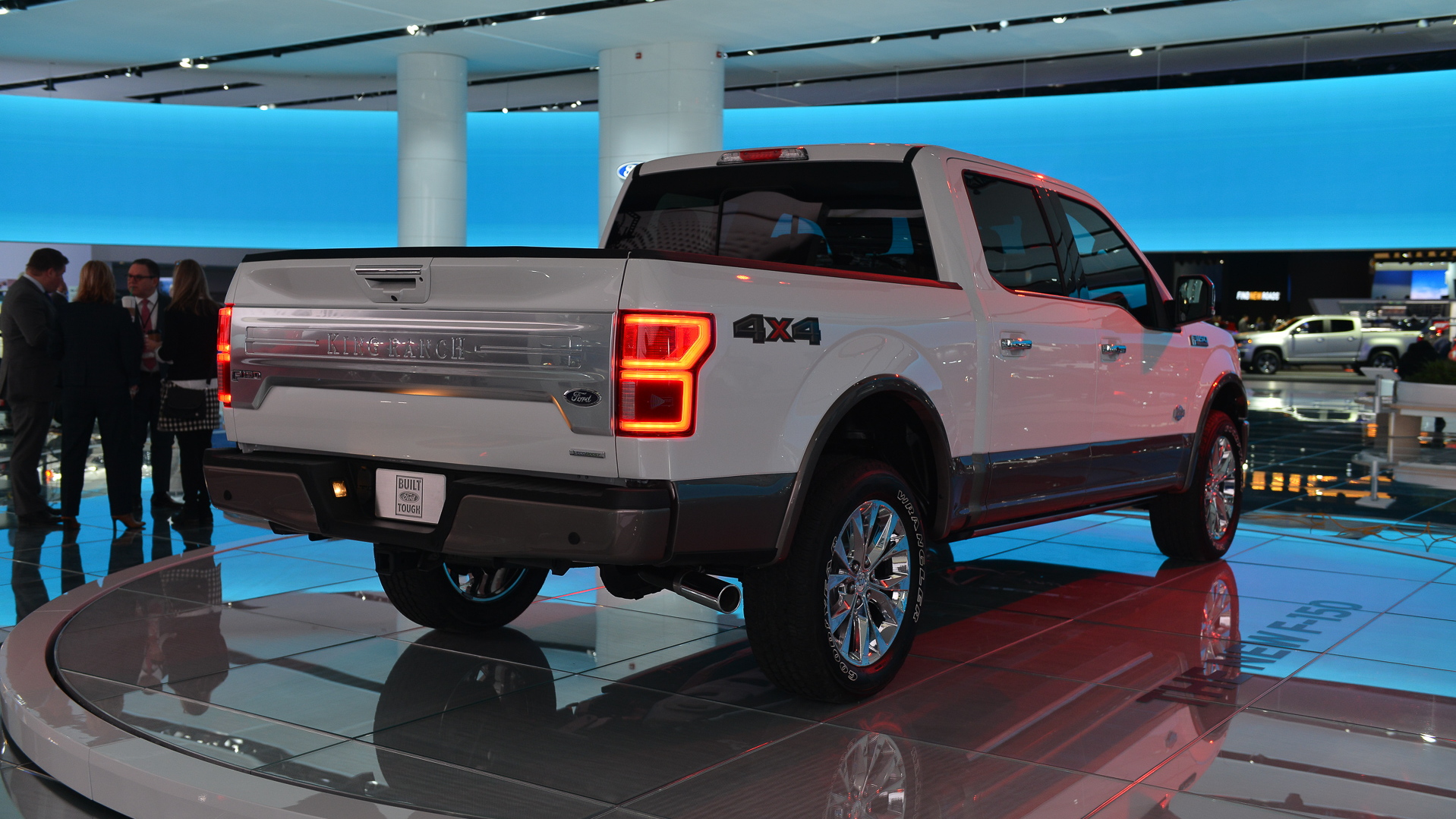 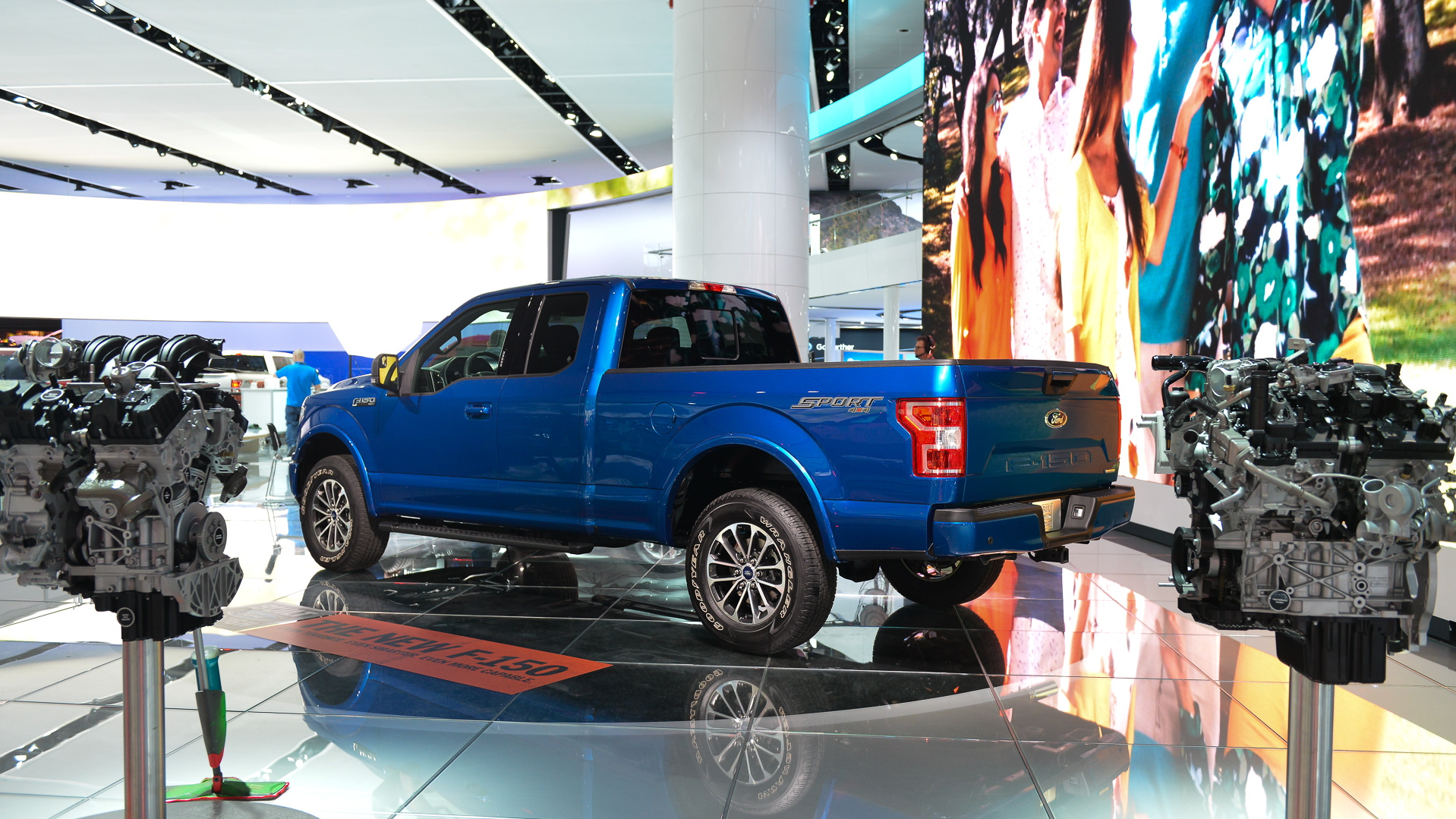 Continuing the long-running sales success of the F-Series is paramount to Ford, and the newly facelifted 2018 Ford F-150 is proof enough that the automaker won't be resting on its laurels anytime soon.

Ford followed two main themes in updating its most popular vehicle: Establishing “showroom harmony” between the F-150 and the new Super Duty, designer Gordon Plato told Motor Authority; and differentiating among the truck's trims. To establish continuity with other trucks, Ford refreshed the F-150's front and rear fascia, tweaking the headlights, taillights, front grille, bumpers, and rear tailgate so the light-duty truck looks more like the Super Duty's not-so-mini "Mini-Me."

Meanwhile, Ford's designers worked on the finer details of trim-specific items like grilles, wheels, headlights, and tailgates to better distinguish different equipment levels. The idea is that potential customers will never confuse a Platinum for a Limited, a Lariat for a Platinum, or an XLT for a Lariat. Based on the design mockups we saw, it has a strong likelihood to work. The higher-end tailgates, for example, alternate between a stamped “F-150” and an aluminum finish, while the front grille jumps from body color “i-beams” to brushed aluminum to chrome to a black honeycomb.

Ford isn't releasing specifics on the F-150's powertrain tweaks, so we can't tell you much about horsepower, torque, or fuel economy, but there are some exciting developments. The big news is the late availability of a new 3.0-liter, turbodiesel V-6—most likely in the summer 2018. Ford is mum on specifics, but a related engine in Land Rover models is good for 254 horsepower, 443 pound-feet of torque, and a 25-mpg combined EPA rating. (Eds note: Ram 1500 EcoDiesel, you have a challenger.)

Ford is also updating its 2.7-liter EcoBoost V-6, promising improved fuel economy and performance, but didn't specify much about that powertrain either.

On the low end, a new 3.3-liter, direct-injected V-6 is expected to match the power output of the 3.5-liter, 6-cylinder base engine it replaces, with around 282 hp and 253 lb-ft of torque. The entire engine lineup gets stop-start technology as standard, while Ford is mating 10-speed automatics to everything but the base engine—a 6-speed auto is on duty for entry-level trucks.

Along with updating the F-150's powertrain and exterior, Ford also addressed its truck's tech side. For audiophiles, an available stereo from B&O; Play—it's like Bang and Olufsen's version of Beats—pumps the tunes. A new segment-first pre-collision assist with pedestrian detection helps keep owners from bending up that aluminum body, while an advanced adaptive cruise control system with stop-and-go tech will manage the F-150 in monotonous, bumper-to-bumper slogs.

The 2018 Ford F-150 will arrive in dealers this fall, but you can get a closer look at it later today. The new truck will make its live debut during Fox's NFL Wild Card pregame show this afternoon, before moving to Joe Louis Arena for Ford's North American International Auto Show press conference on Monday morning.

That’s it for now but at any time you’ll be able to access the latest information from the Detroit auto show via our dedicated hub.