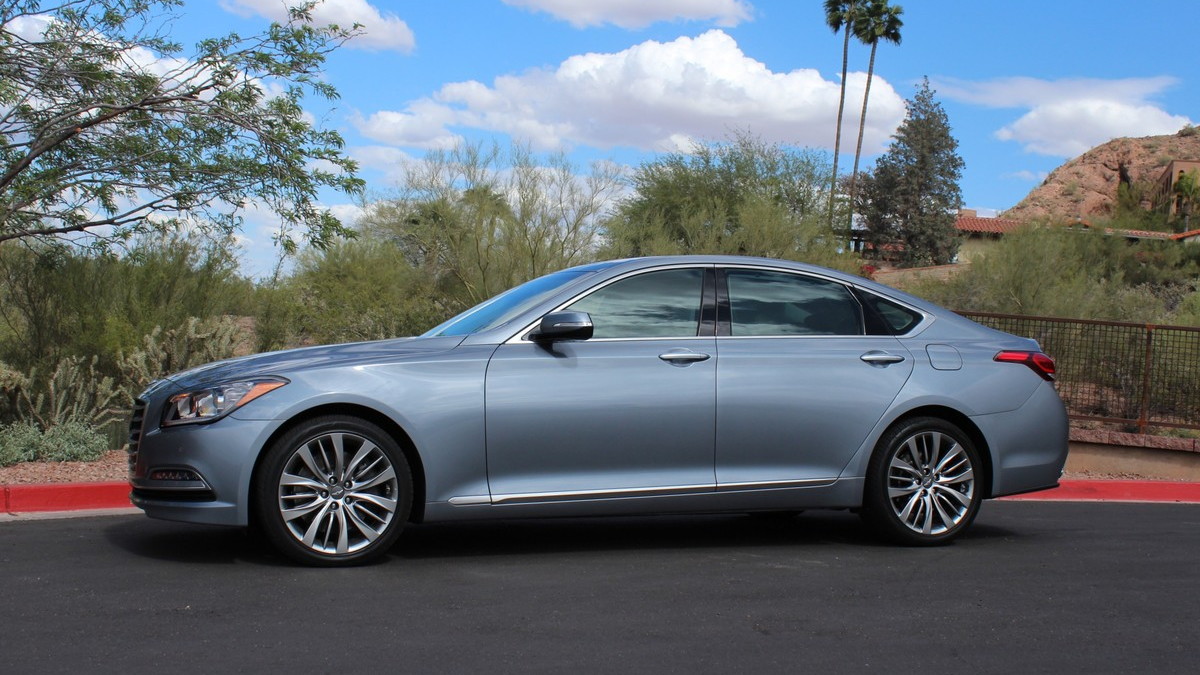 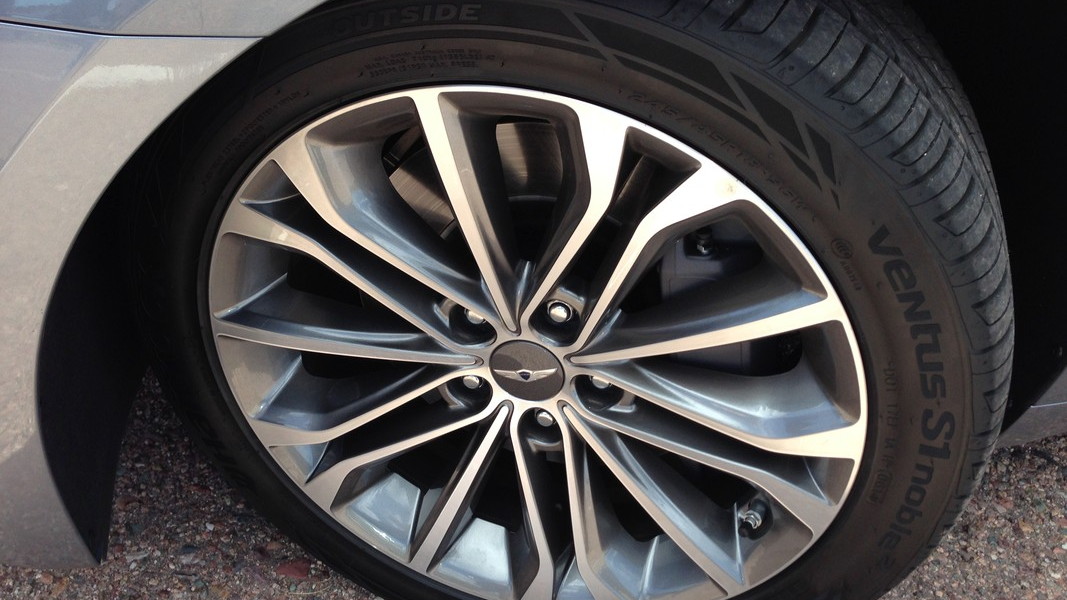 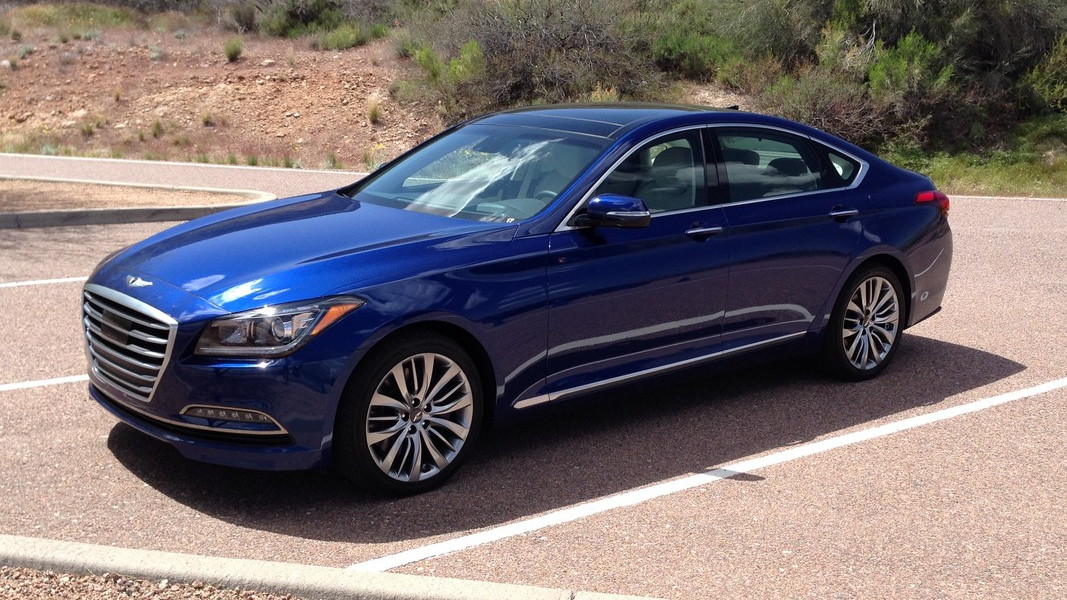 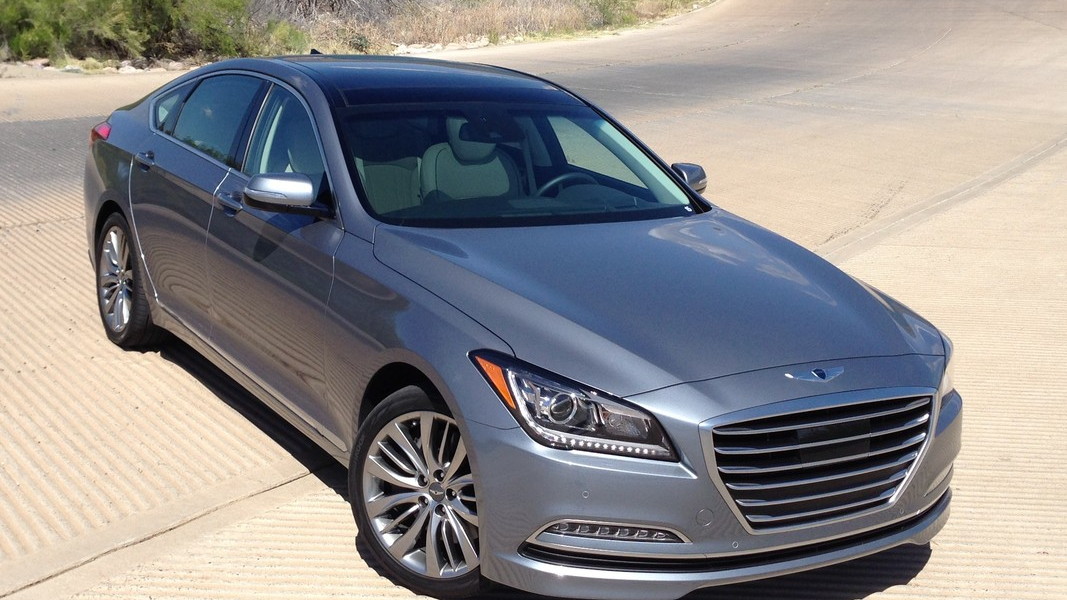 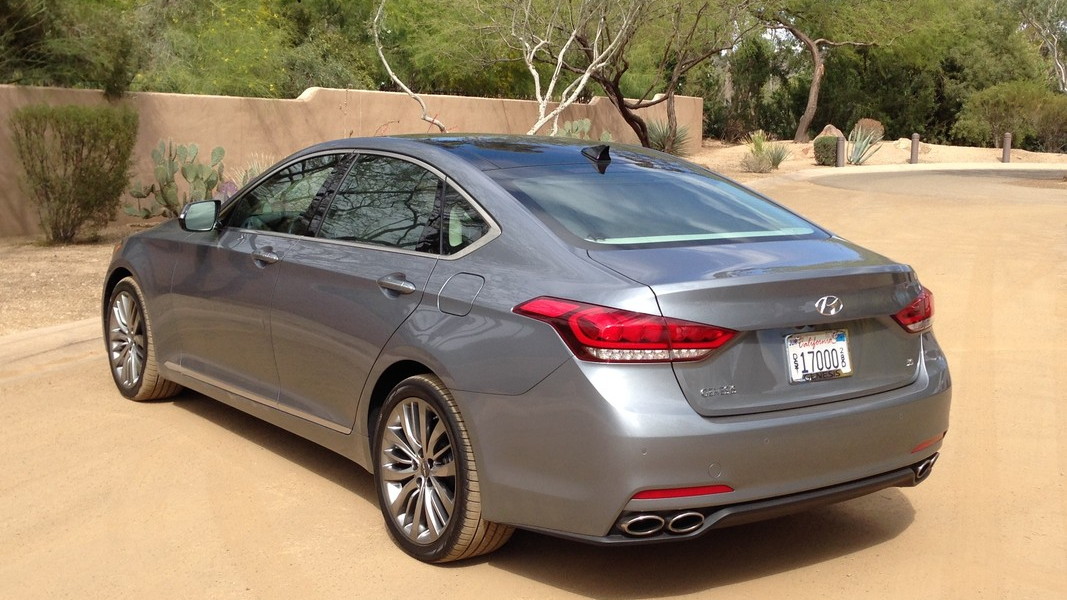 The Hyundai Genesis arrived more than five years ago, true to its name, at the genesis of a new era for luxury.

At the time, the luxury market only had what amounted to a collective hiccup; but the recession that ensued gave many who could afford a luxury vehicle just a little more pause about displays of wealth.

And we couldn't think of a better place to illustrate that than where Hyundai brought us this past week to drive the all-new, second-generation 2015 Genesis: Scottsdale, Arizona, a place that's for some time been an enclave of new money. At the same time, it's a place with some contrasts and reminders that wealth is fleeting—with shopping centers half-occupied, and the occasional house that looks boarded up, not quite finished, or completely abandoned.

Aimed at the upgrader (and the wallflower)

Last time the Genesis offered an incredible value for a luxury car. But value for money can only go so far for the image-conscious. Hyundai is determined this time around to add “desire” to the Genesis, and we think it’s gone a long way toward accomplishing this. The company has the target buyer for the 2015 Hyundai Genesis tagged as “The Upgrader”—someone who either has a strong income but isn’t rich yet, or someone who is less interested in status and more interested in good products. We’d rank physicians, lawyers, and probably realtors in there—along with anyone else who wants to have a car that’s luxurious but not too ostentatious.

Those people are going to be absolutely wowed by the level of technology and active-safety features in the new Genesis. From automatic emergency braking and full stop-and-restart radar cruise control, to various other detection systems and an active lane departure and lane keep assist system that studies lane markings and will steer you along for 15 or more seconds before scolding you to get your hands back on the wheel, the Genesis now has an active-safety set (mostly) matching what's offered on German luxury sedans.

That's not all, however. The new Genesis has the best steering of any Hyundai we've ever driven—and among the best of what's offered in models more on the comfort side of the luxury-sedan realm. The new rack-mounted electric power steering system, supplied by Mando (which also supplies the unit in the Chevy Camaro and SS), is very well tuned—in a way that Hyundai hasn't been able to master in its other cars—with a light and precise but settled feel on center, and weighting that gathers convincingly around tight corners. The rack itself is of the mechanically variable-ratio type, which gives this big sedan the right kind of nudge it needs at times.

Ride quality in the 3.8 (V-6) models is excellent; Hyundai has also (with some help from Lotus, who gave input and advice) managed to give the Genesis the kind of supple yet firm ride that's also eluded it otherwise. Throw it harder than most Scottsdale types might into a tight corner, and this car has remarkably neat body control for a 4,000-pound-plus sedan. The 3.8 Ultimate we spent the most time with would bite into each corner with more enthusiasm, and the car as a whole felt more balanced.

And as for the top-of-the-line Genesis 5.0 (V-8) Ultimate model we drove later in the day, its Continuous Damping Control (CDC) air suspension setup, which you might expect to ride and handle better—seemed to mute out some imperfections straight-ahead but become flustered and off-course the moment we took a turn on choppy pavement, hopping and shuddering.

It was also a bit surprising that the 2015 Hyundai Genesis seemed a more cheerful car with the V-6 in most respects. The 311-horsepower (293-pound-feet) V-6 had plenty of zip to move this approximately 4,100-pound sedan quickly—with an immediacy and linearity you won't find in the downsized, turbocharged engines from some of the German brands (albeit with less torque down low)—and the eight-speed automatic grabbed the right gear promptly. With the 5.0-liter V-8 you can otherwise get, makes 420 hp and 383 lb-ft on premium gas (regular is okay, but with output reduced somewhat), the engine reacts (and sounds) like it was mounted in another time zone. It's a quiet, distance presence, and drive-by-wire throttle response for the Tau V-8 also felt noticeably more delayed than that of the V-6. In all there just isn't enough to justify choosing this definitely more nose-heavy version.

Hyundai turned to Magna to engineer and develop the all-wheel-drive system in the Genesis, called HTRAC. Essentially, it manages the torque delivery between the front and rear wheels with a wet clutch pack that’s computer-controlled and essentially infinitely variable. Through its motor/actuator system, it can either quickly reroute power toward the wheels with the most traction, or delicately manage the distribution during high-performance driving. With open differentials front and rear, and additional management through the stability control system, torque flow can be managed left to right as well, to help, for instance, in situations in which three wheels are on ice.

The company insists that Azera shoppers are a completely different demographic set than those considering Genesis, and that Genesis shoppers set out to buy a sedan with rear-wheel-drive luxury-sedan pedigree, as opposed to just a very comfortable, luxurious sedan. They might be right, yet we can’t see why shoppers wouldn’t at least sit in the Genesis, and take it for a short drive…and from that point, it’s game-over for the Azera. While the Azera drives like the best, most spacious, grown-up, and refined Sonata there ever was, the Genesis feels like a car that could cost tens of thousands more.

There might technically be less rear legroom here, but the Genesis feels roomier when it comes down to what matters for adults. Getting in and out is far easier here than in the Azera—with no need to duck when getting in and out—and the more upright package and more formal roofline adds up to a cabin that feels airier inside.

Hyundai lists the primary competition for the Genesis as being the Lexus GS, Mercedes-Benz E-Class, and Cadillac CTS, while the secondary competition consists of the Lexus ES, BMW 5-Series, and Audi A6. When you take into account Hyundai’s anticipated product mix—of 85 percent of Genesis models being sold in V-6 trim—you can surmise that it aims more at the lower end of that rival set—with the ES 350, as well as models like the Chrysler 300 and possibly the Toyota Avalon and Nissan Maxima.

The Genesis remains an interesting Act Two in that Hyundai doesn't seem any more willing (or decisive) in how to badge this car. They've again opted to skip the Hyundai badging entirely in front—which brings to mind the Oldsmobile Aurora. Meanwhile, the Genesis badge on the front of the hood and on the steering wheel is looking more Bentley than ever; we see loads of Audi influence straight on from the front; there's some Mercedes in the headlamps; and we doubt the proportions from the side wouldn't be as they are without BMW precedent.

Only the interface is a little skimpy

Inside, the Genesis makes its own interior statement, and while materials and trims—including the beautiful matte-wood finish used for the dash and doors—are attractive, the rotary-knob infotainment controller feels closer to that used by Mazda on several of its models than what's employed by Audi (MMI) and BMW (iDrive). You won't find anything capacitative, for better or worse.

On the other hand, these models are more loaded with features than ever—all at a base price of just $38,950. The 3.8 Ultimate we spent the most time in had a bottom-line price of $49,950, while the 5.0 Ultimate we spent a couple more hours in totaled $55,700. In both cases, that included premium navigation, 17-speaker Lexicon audio, a power trunklid release, a suite of active-safety features with haptic steering-wheel warnings, and second-generation Blue Link telematics system—a first here—with Google Glass integration; Google Destination Search; remote start; and smartphone integration for navigation functions.

A delusion of grandeur, or the smartest luxury pick?

Up close, the Genesis adds up to even more value and charm than you might think—and it's far more enjoyable to drive than we anticipated. The Genesis will remain, to some skeptics, a delusion of grandeur. Even into its second generation, you can catch it at times pretending it’s bigger than it is; there’s something a little Mulholland Drive about it.

On the other hand, the Genesis lets you play the game, and it could cast you as smarter.

Put the brand blinders on, however you might do that, and the Genesis shines. If you’re okay forgoing the pedigree, the heritage, and the cachet of the three-pointed star or the big ‘L’ on your vehicle, and you really do gauge your car ownership by a sweet spot between nuanced luxury, comfort, value, and overall sensibility, then the Genesis is that sweet spot.