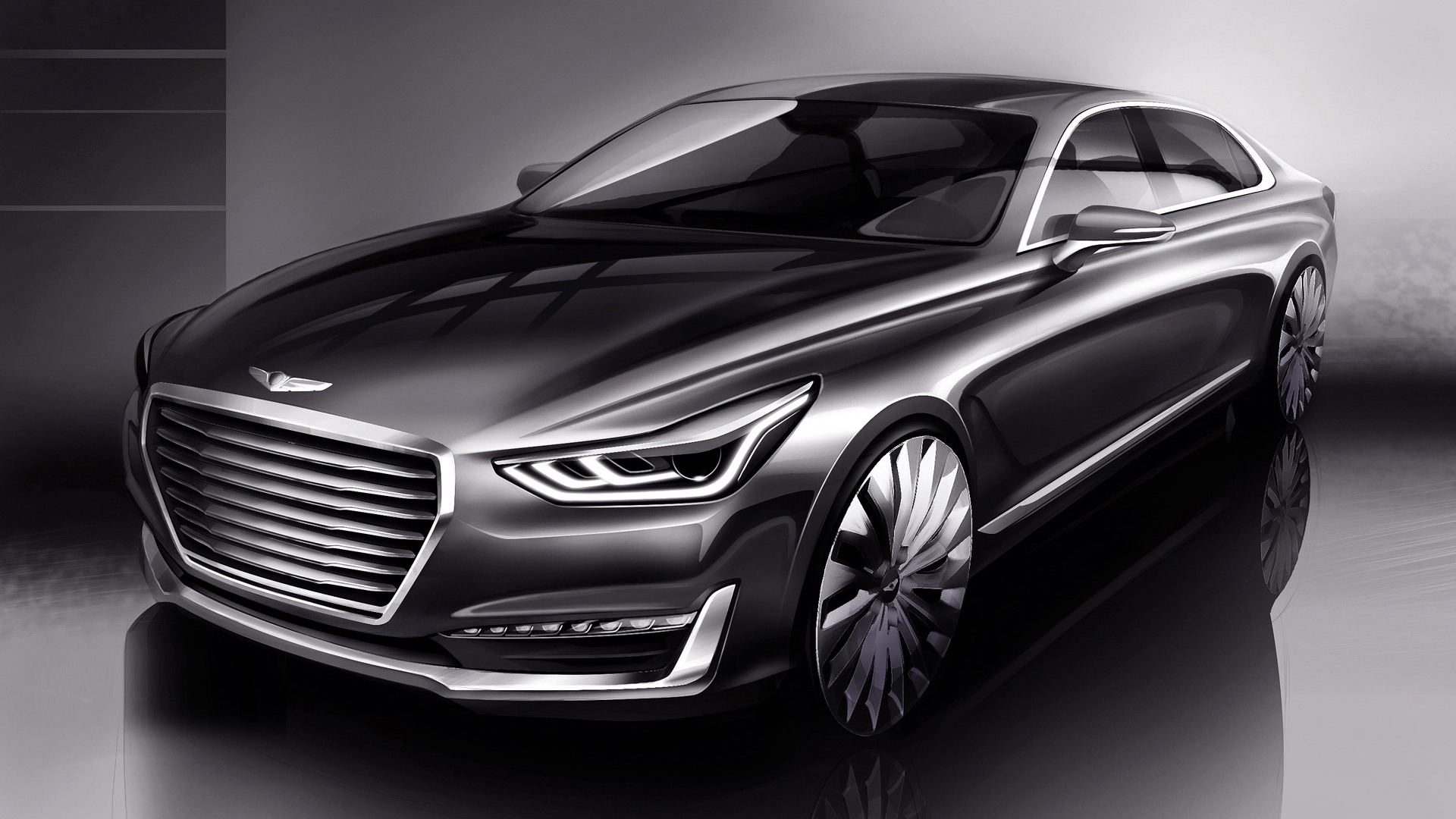 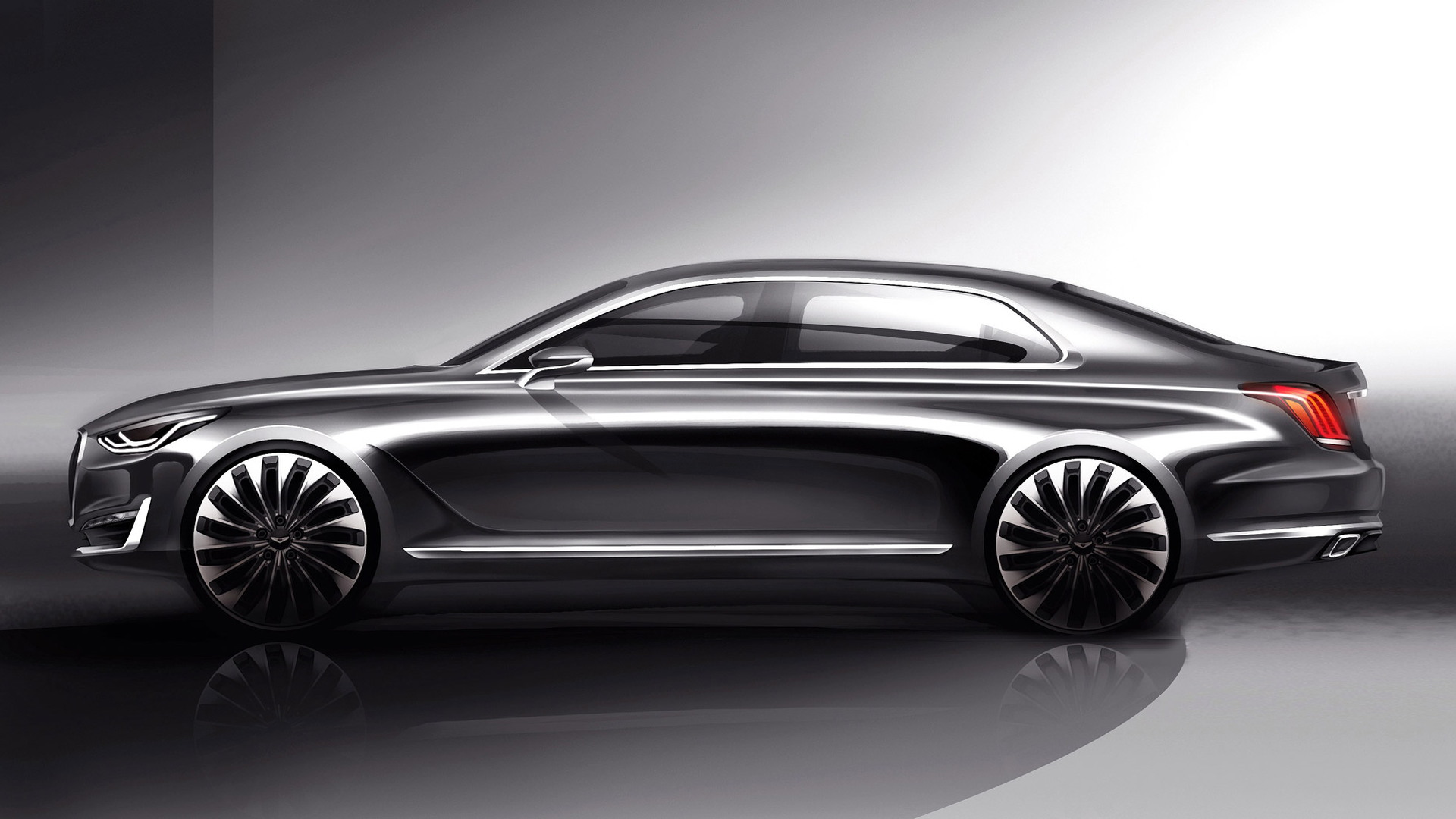 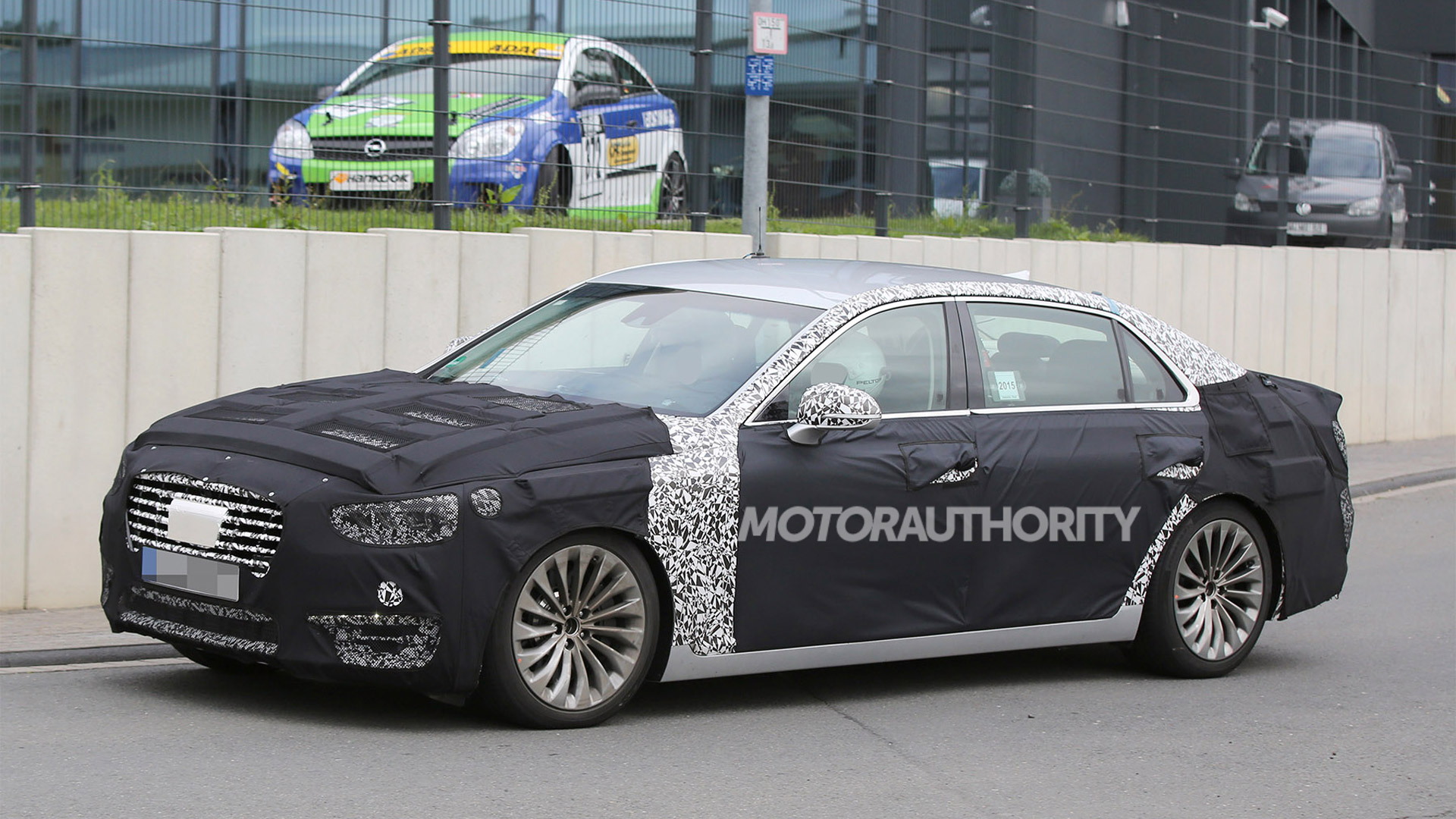 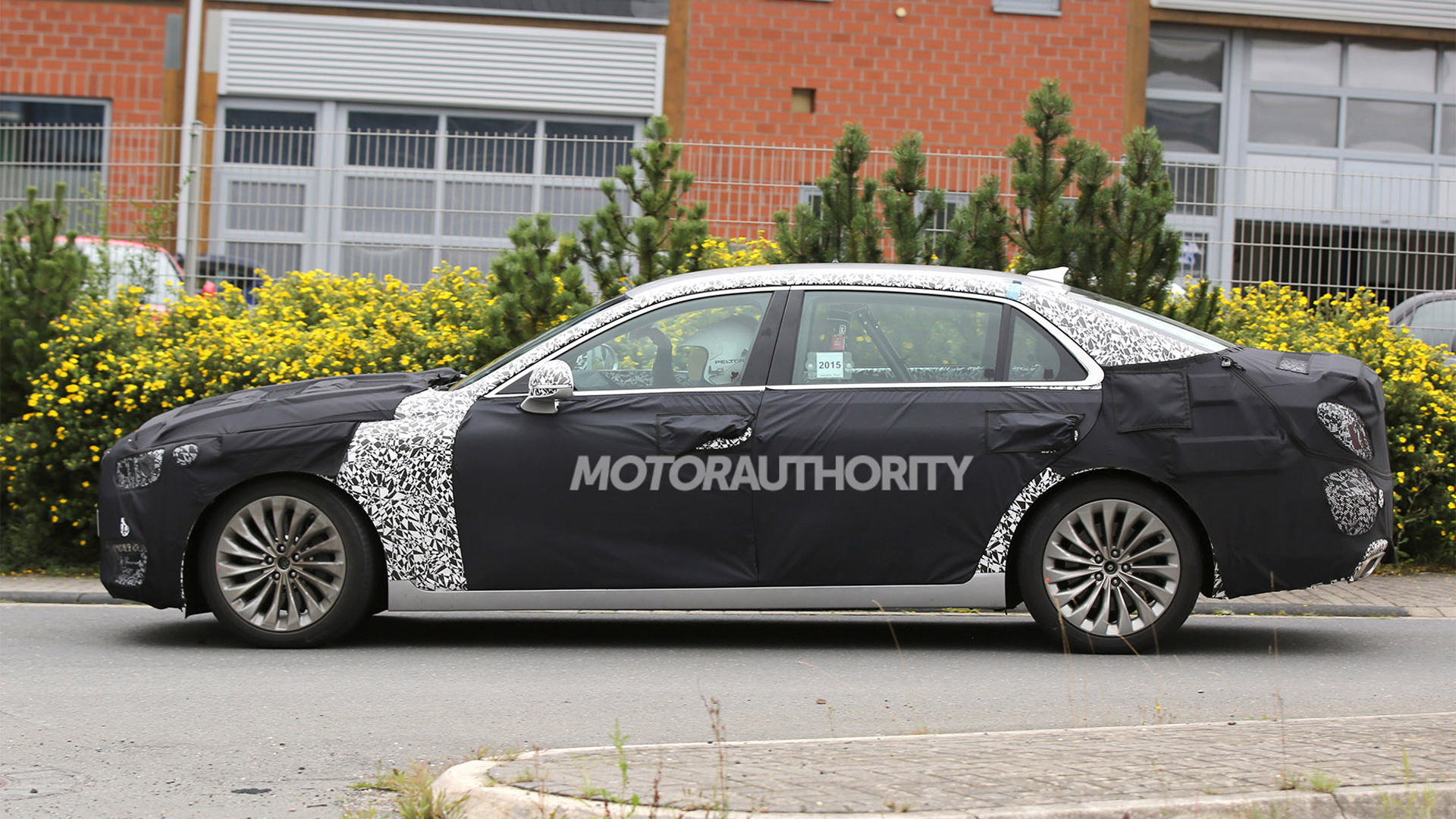 It was only a week ago Hyundai confirmed it was forming a new luxury brand under the Genesis name to be made up of models whose names consist of a capital G and a number, 90, 80 or 70 etc., representing their positioning in the lineup. Today, the Korean automaker released teaser sketches for a new G90 which will fill the flagship role of the Genesis brand (in Hyundai’s home market the car will be badged an EQ900).

The G90 is essentially the replacement for the Hyundai Equus full-size sedan and we’ve been spying prototypes for over a year. The design is clearly influenced by the recent Vision G concept but we also see some elements borrowed from rival brands, in particular Audi.

Hyundai says the G90 is the first model to be styled in line with a new design language called Athletic Elegance, which relies on strong, muscular lines to emphasize a "dynamic, future-orientated" character. Key elements include a hexagonal-shaped grille, sophisticated headlights and the new Genesis logo.

No technical details on the G90 have been released but we’re expecting a V-8 engine to be offered, at least here in the United States. It’s possible we also see a new twin-turbocharged V-6 offered at some point. Rear-wheel drive will be standard but Hyundai's HTRAC all-wheel-drive system should be available.

A debut is expected to take place in December, while a sales launch in the U.S. will likely happen in the second half of 2016.

“Genesis’ new large luxury sedan G90 will deliver a concept of new luxury to our customers,” Hyundai Vice Chairman Woong-Chul Yang said in a statement. “The G90 sits at the pinnacle of the Genesis brand and demonstrates how we apply our human-centered values to give our customer true satisfaction in every aspect of the vehicle ownership experience."

Hyundai says the Genesis brand will have six distinct models by 2020. The first is the current Genesis sedan, which will likely be rebranded a G70 when it undergoes its mid-cycle update. It will soon be joined by this G90 plus a next-generation Genesis Coupe, which we’re expecting to be rebranded a G80. The remaining three models will likely include a small sedan and a pair of crossovers.