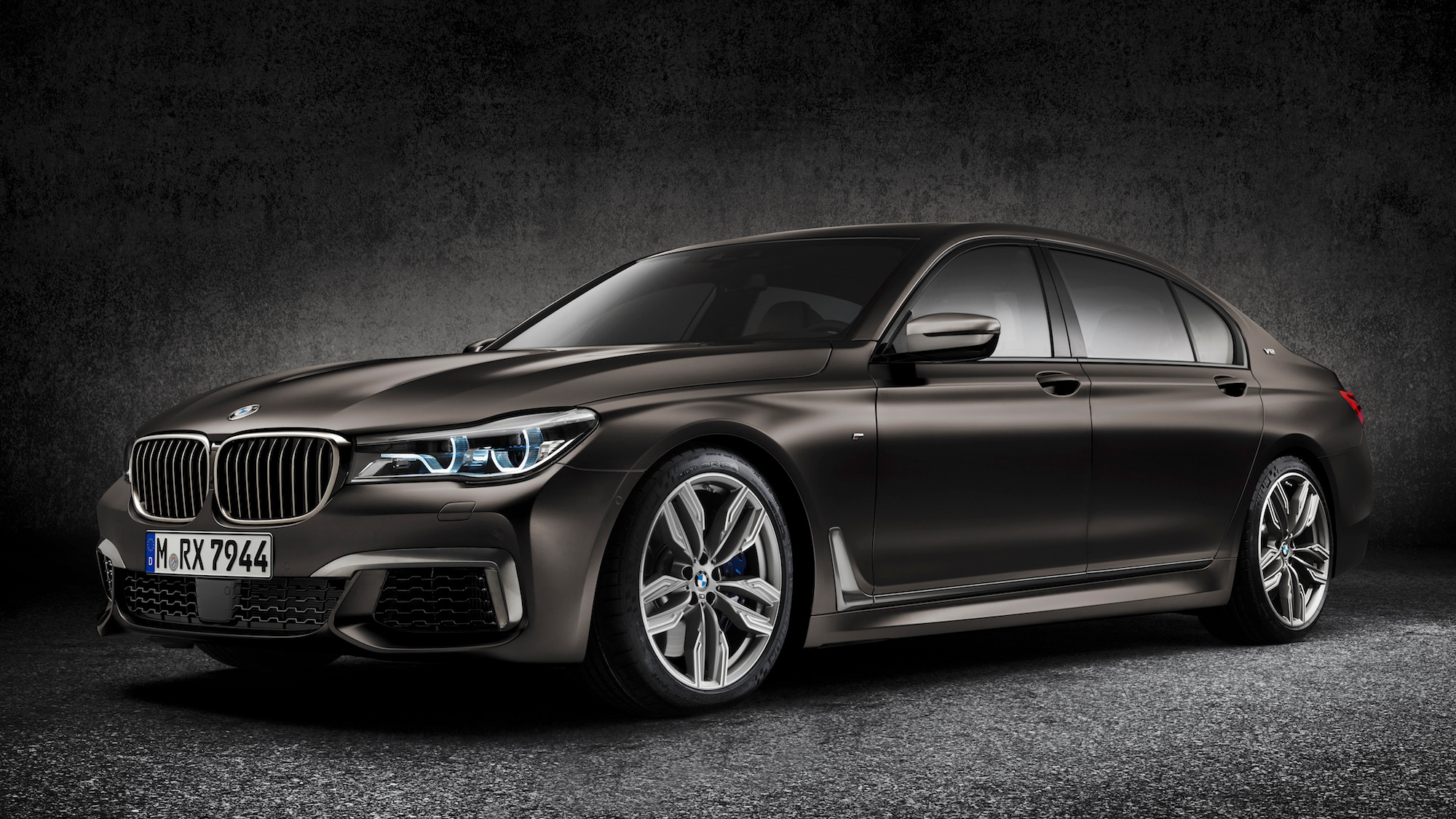 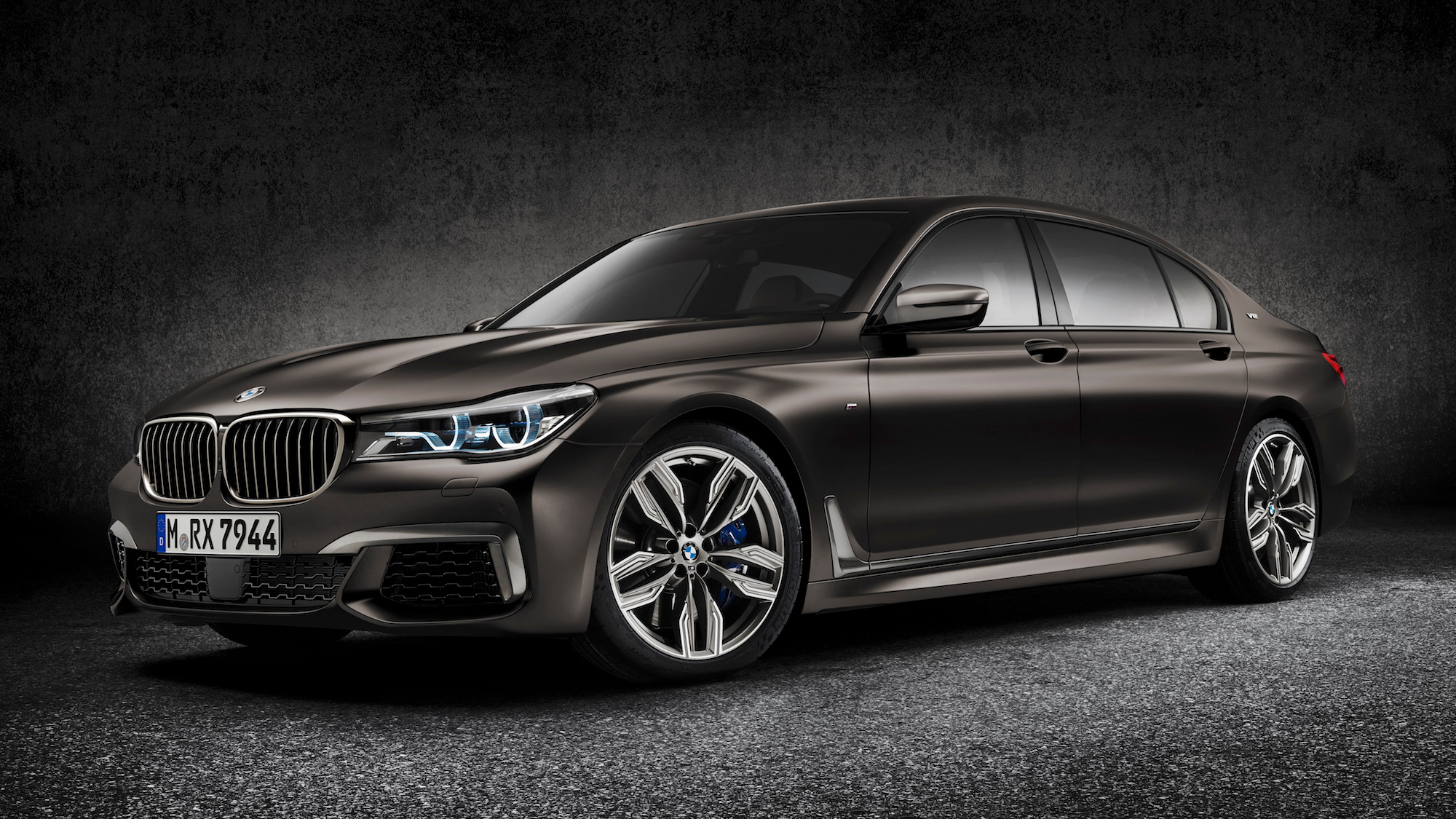 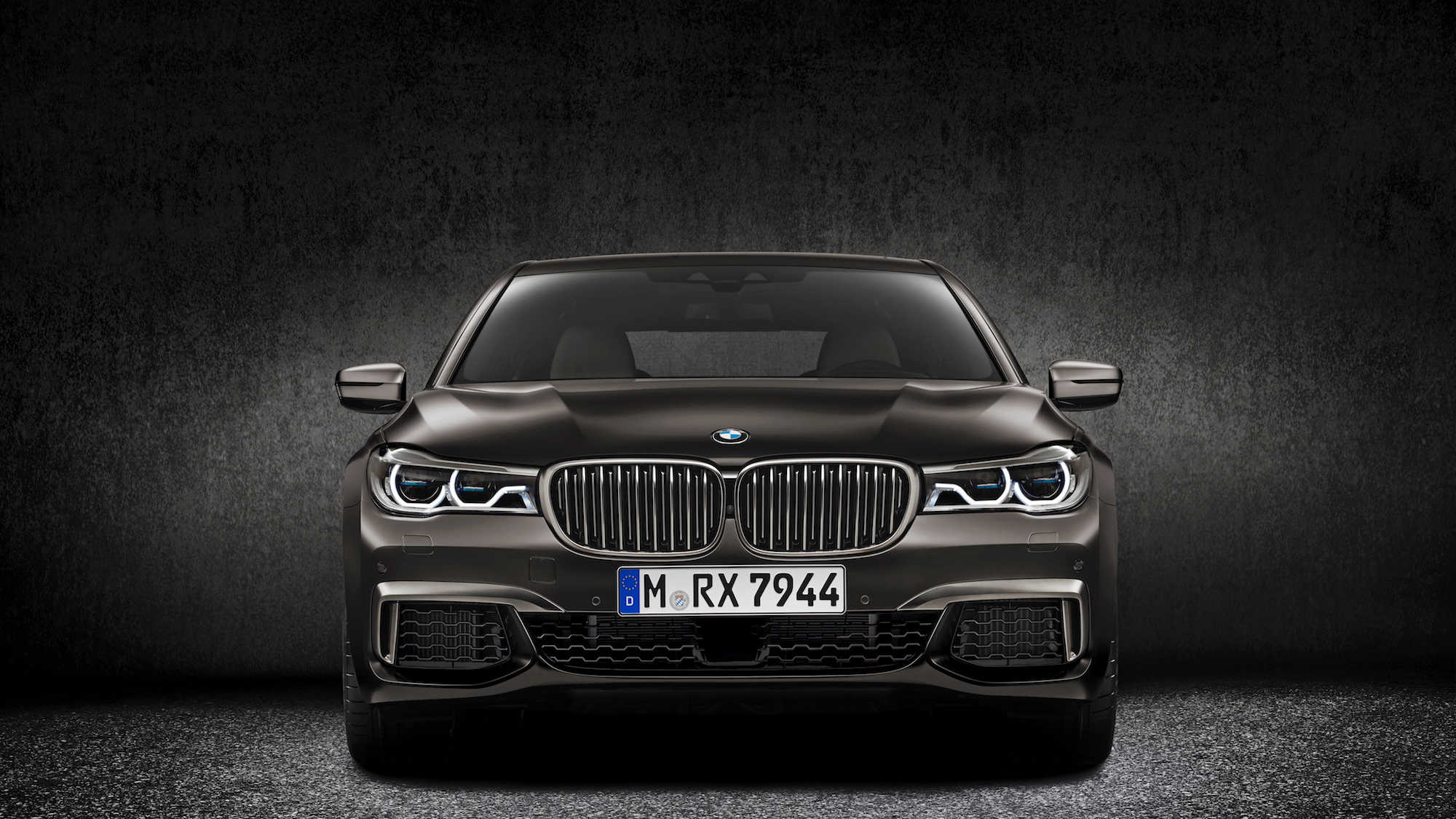 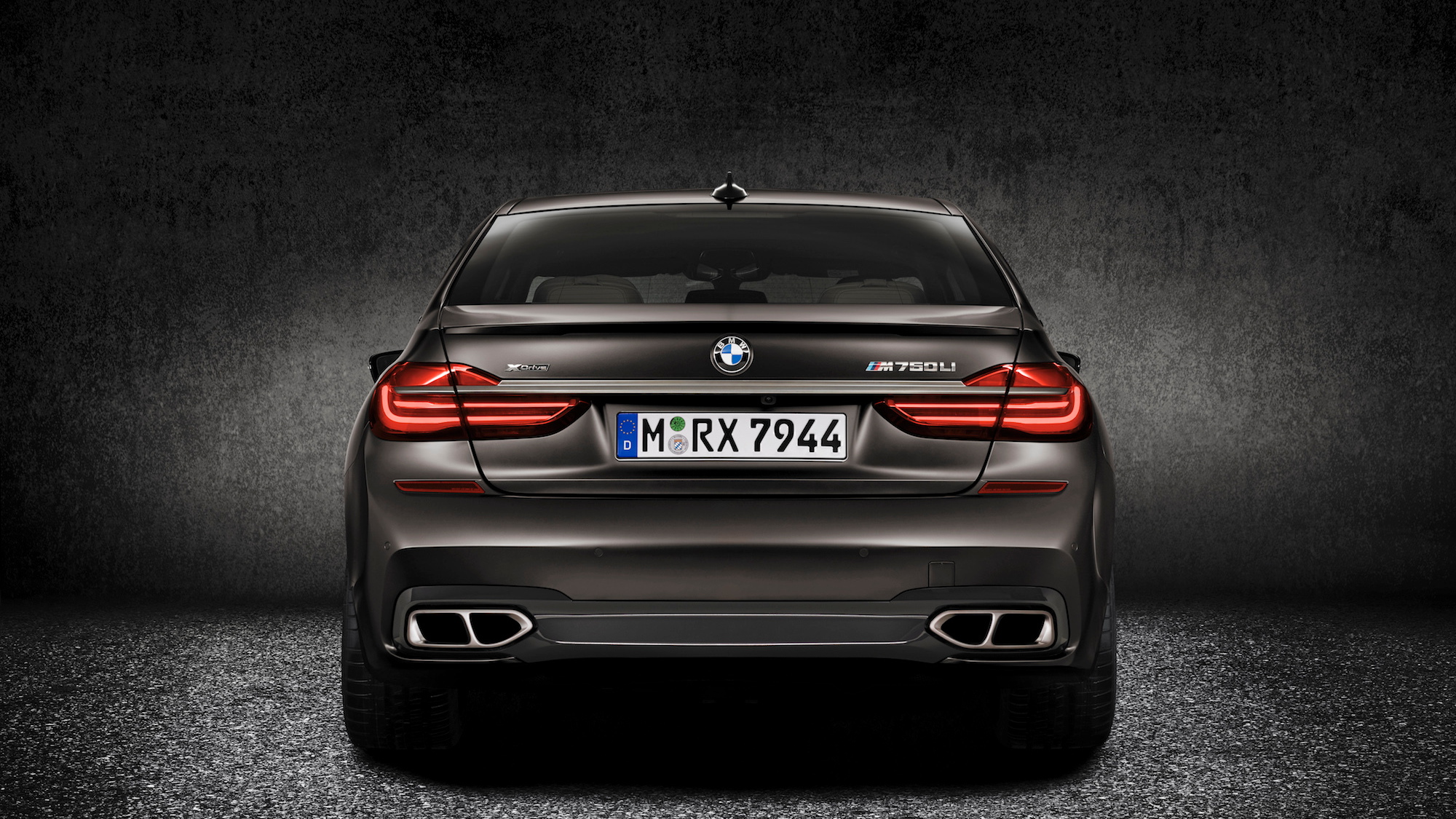 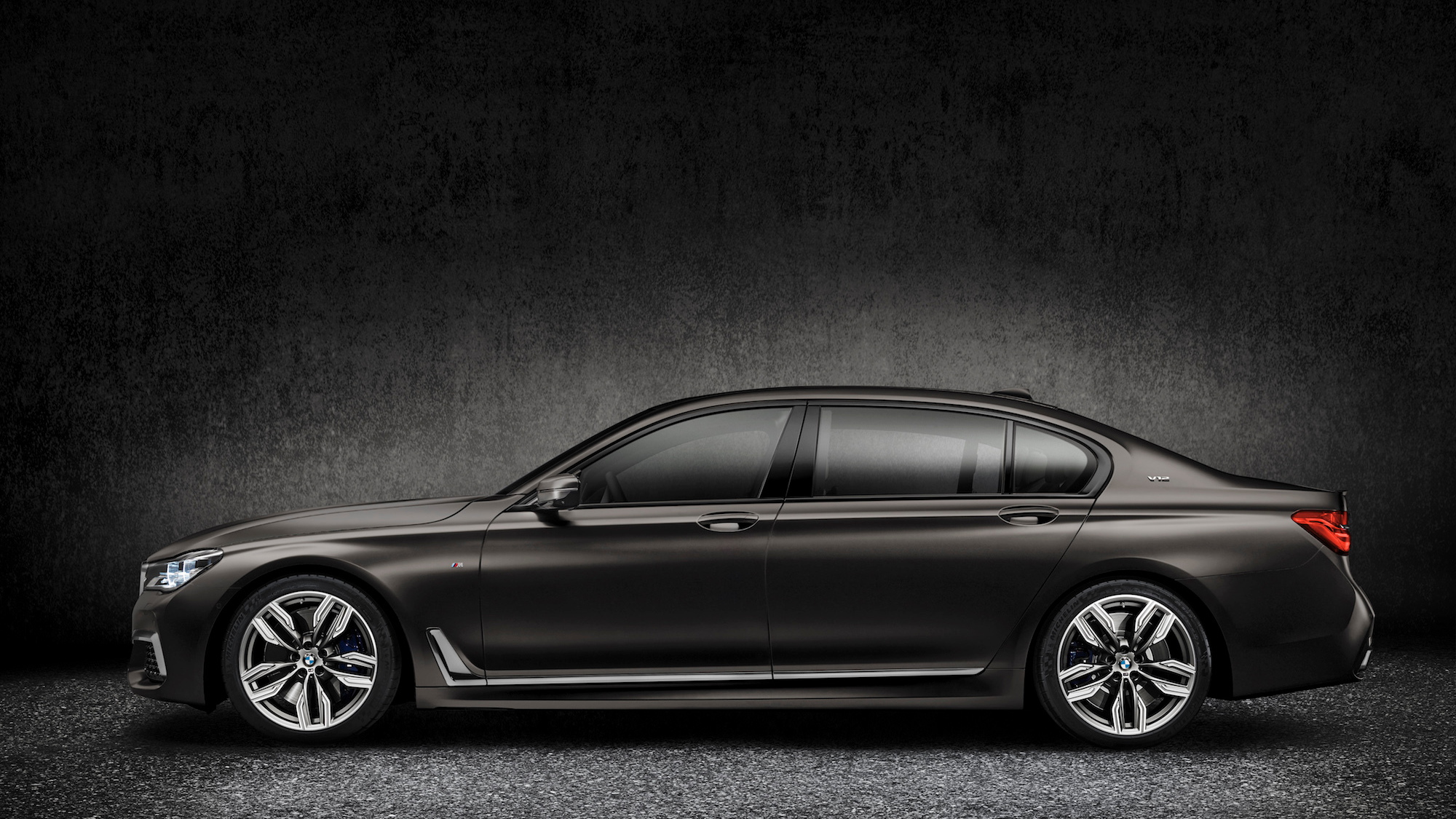 BMW has just unveiled an Alpina-tuned version of its all-new, sixth-generation 7-Series. The car is the BMW Alpina B7 xDrive and thanks to a twin-turbocharged 4.4-liter V-8 it delivers as much as 600 horsepower and 590 pound-feet of torque. Incredibly, BMW has now announced a second 7-Series variant with 600 horses: the M760i xDrive.

The car, which debuts at next month's 2016 Geneva Motor Show, is the oft-rumored M Performance version of the 7-Series and it packs a twin-turbocharged 6.6-liter V-12 under the hood, making it pretty much a direct replacement for the 760Li in the previous-generation 7-Series range. Final numbers are yet to be confirmed but BMW estimates the M760i xDrive will also have around 600 hp and 590 lb-ft.

BMW says the big sedan should rocket to 62 mph from rest in 3.9 seconds and easily reach a governed top speed of 155 mph. That rush of acceleration should also be completely unfussed thanks to numerous engine innovations aimed at improving smoothness. Iron-coated aluminum pistons, forged connecting rods assembled using the cracking process, and a forged crankshaft all ensure NVH levels are kept low. Unfortunately, the V-12 option adds some serious mass, with the curb weight coming in at 4,806 lb. That might make Alpina’s B7 xDrive, with its lighter V-8, the sportier option here.

The transmission is the same eight-speed automatic used in other 7-Series variants. However, in its latest application it benefits from M Performance-specific tuning of the shift programs designed to deliver sportier gear changes and even quicker downshifts throughout the rev range. An M Performance exhaust system has also been installed to not only reduce backpressure but also ensure theV-12 sounds as menacing as possible.

All-wheel drive is standard, as indicated by the “xDrive” in the car’s title. BMW says the system used here has been given a rear-biased feel. It helps get the power to the ground and also aids the handling. There’s also standard air suspension, which has been retuned specially for the M760i xDrive and adapted to the car’s more dynamic character. Another area that was specifically tuned for the model was the steering system. Many of these systems can be controlled by the driver via the Driving Dynamics Control switch.

You’ll be able to identify the M760i xDrive by its discreet badging and sporty body kit. Around the body there are also gray accents, and exclusive to the car are a special set of 20-inch M light-alloy wheels with a new double-spoke design and surfaces painted in the same gray finish as the other body accents.

Inside you get all the latest gadgets offered in the sixth-generation 7-Series. Of course, there is also a number of M-branded elements. These include the door sill plates, steering wheel, the gear lever and pedals. A BMW Individual decorative inlay—in Piano Finish Black and bearing a “V12” logo—positioned in the area around the selector lever and iDrive controller lends even greater exclusivity to the cabin.

The BMW M760i xDrive will land in showrooms in early 2017. Pricing information will be announced closer to the on-sale date.

The Geneva Motor Show starts March 1. In the meantime, see some of the other vehicles appearing at the Swiss show via our dedicated hub.