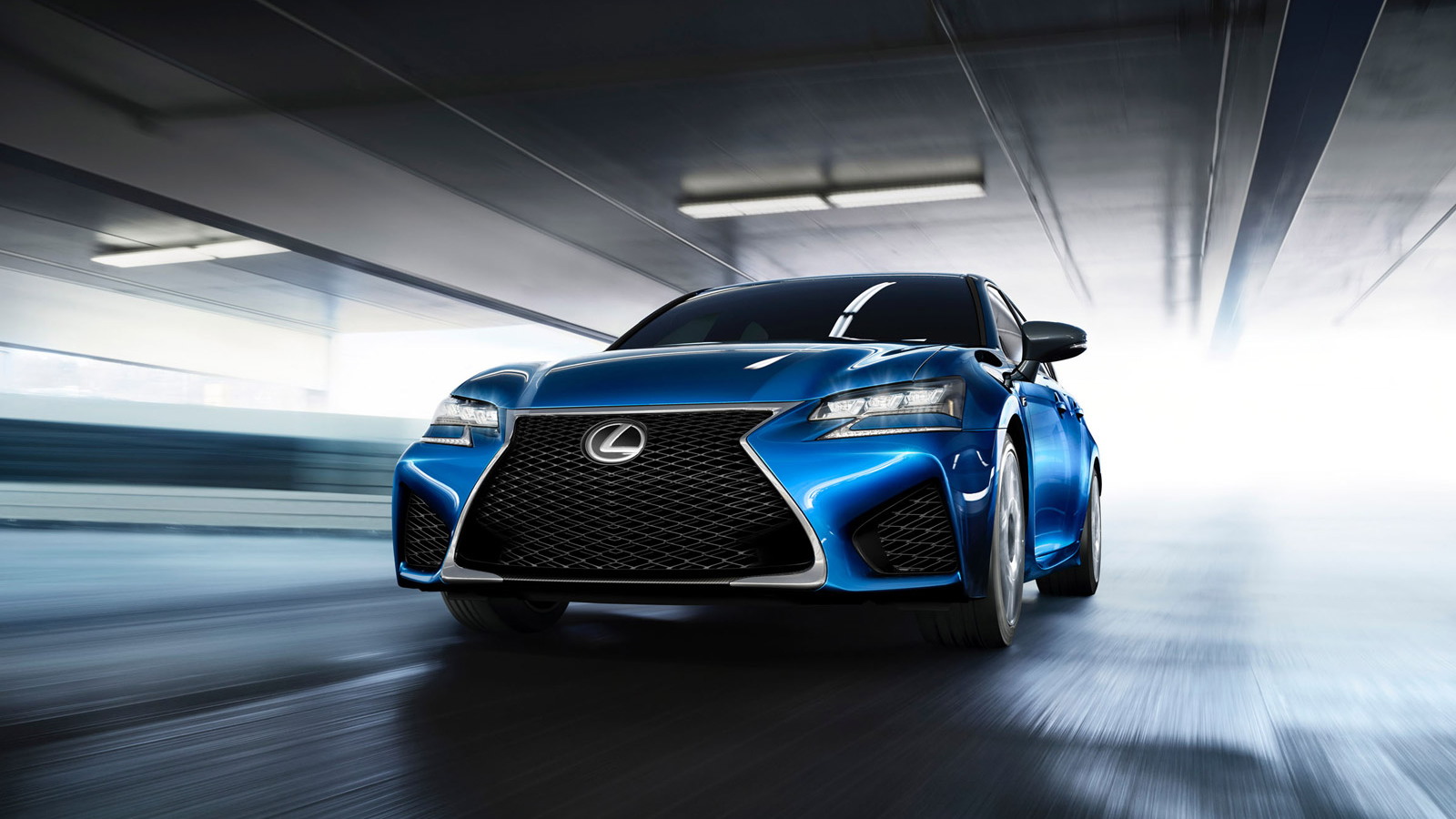 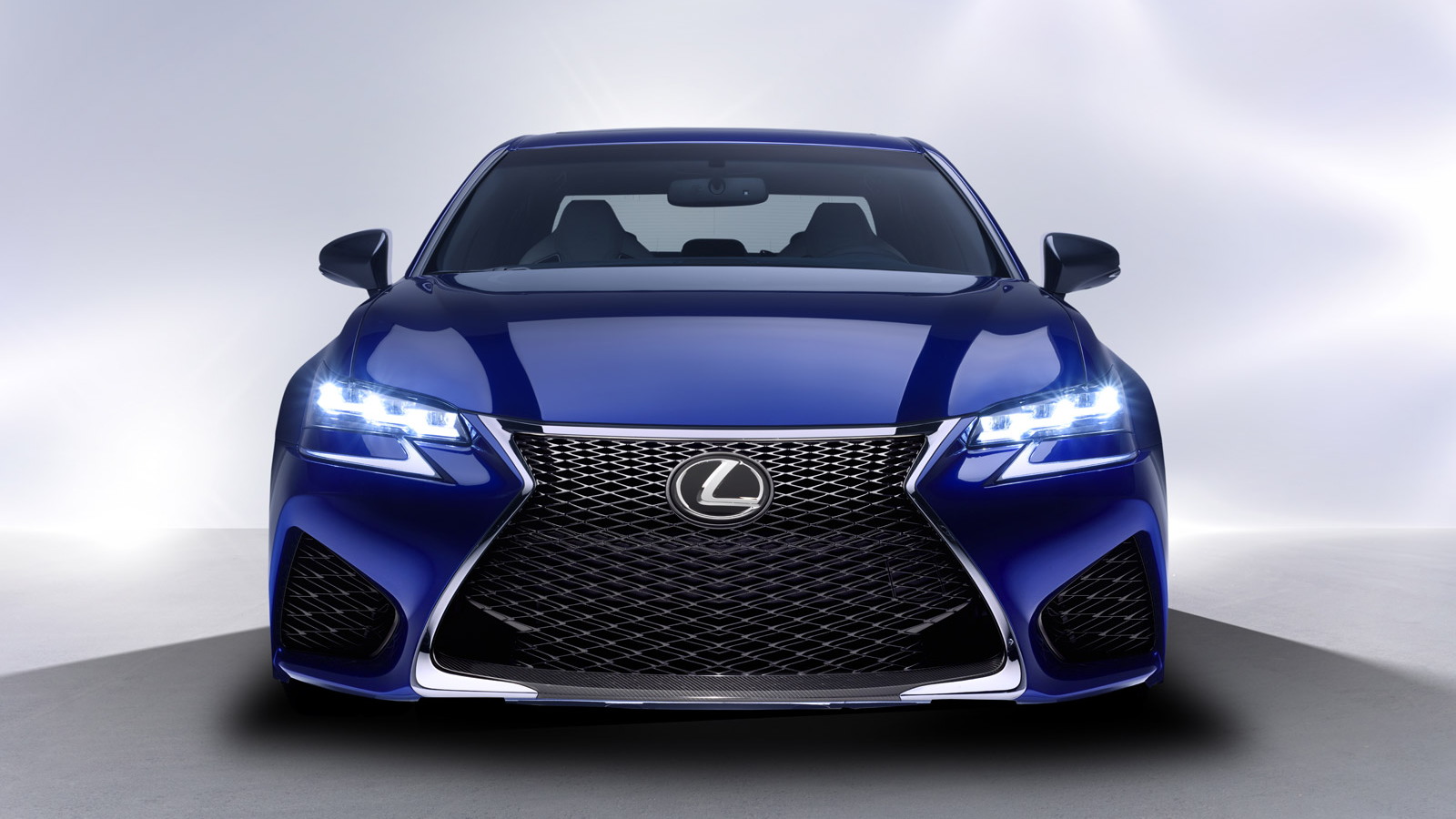 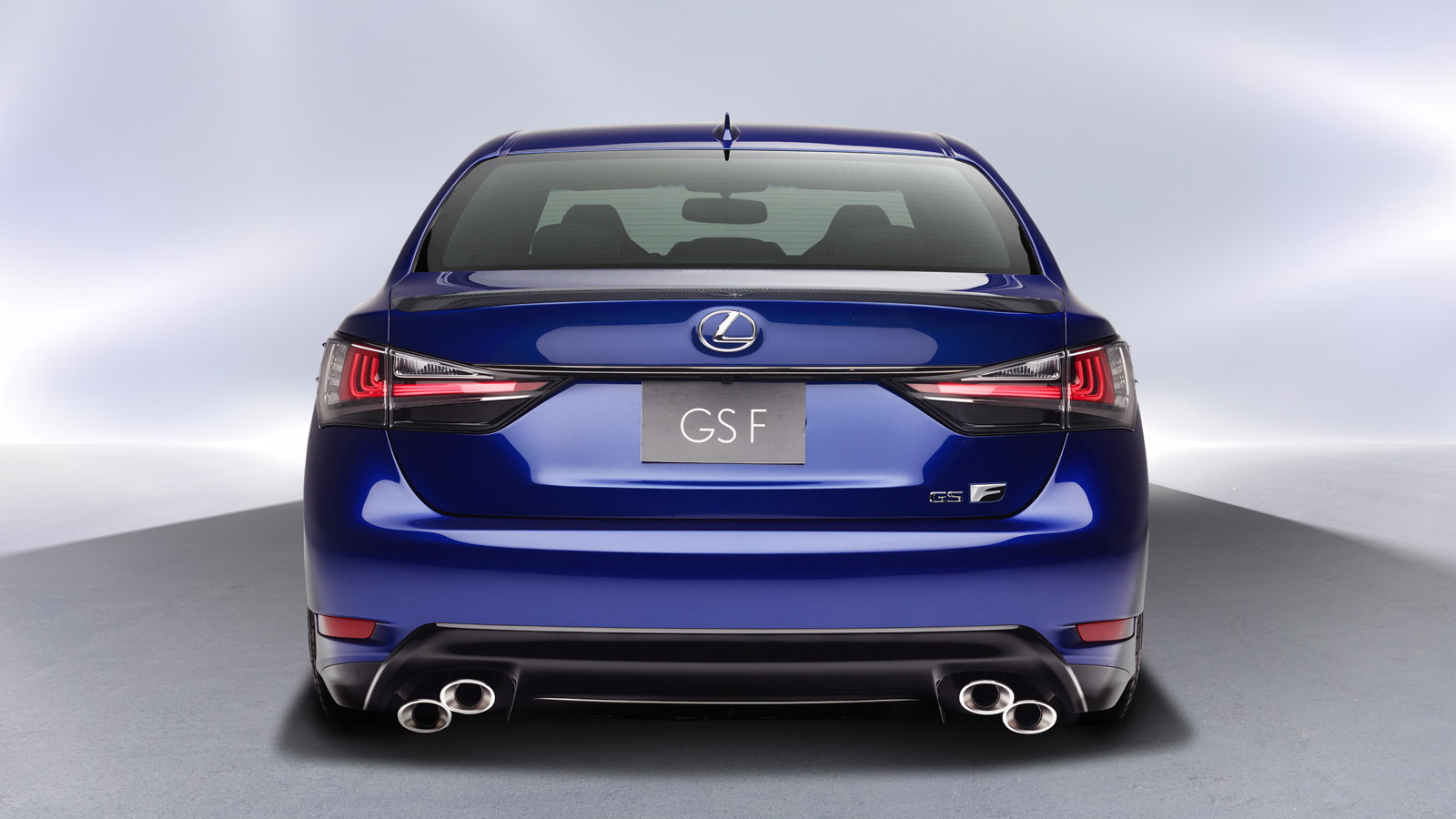 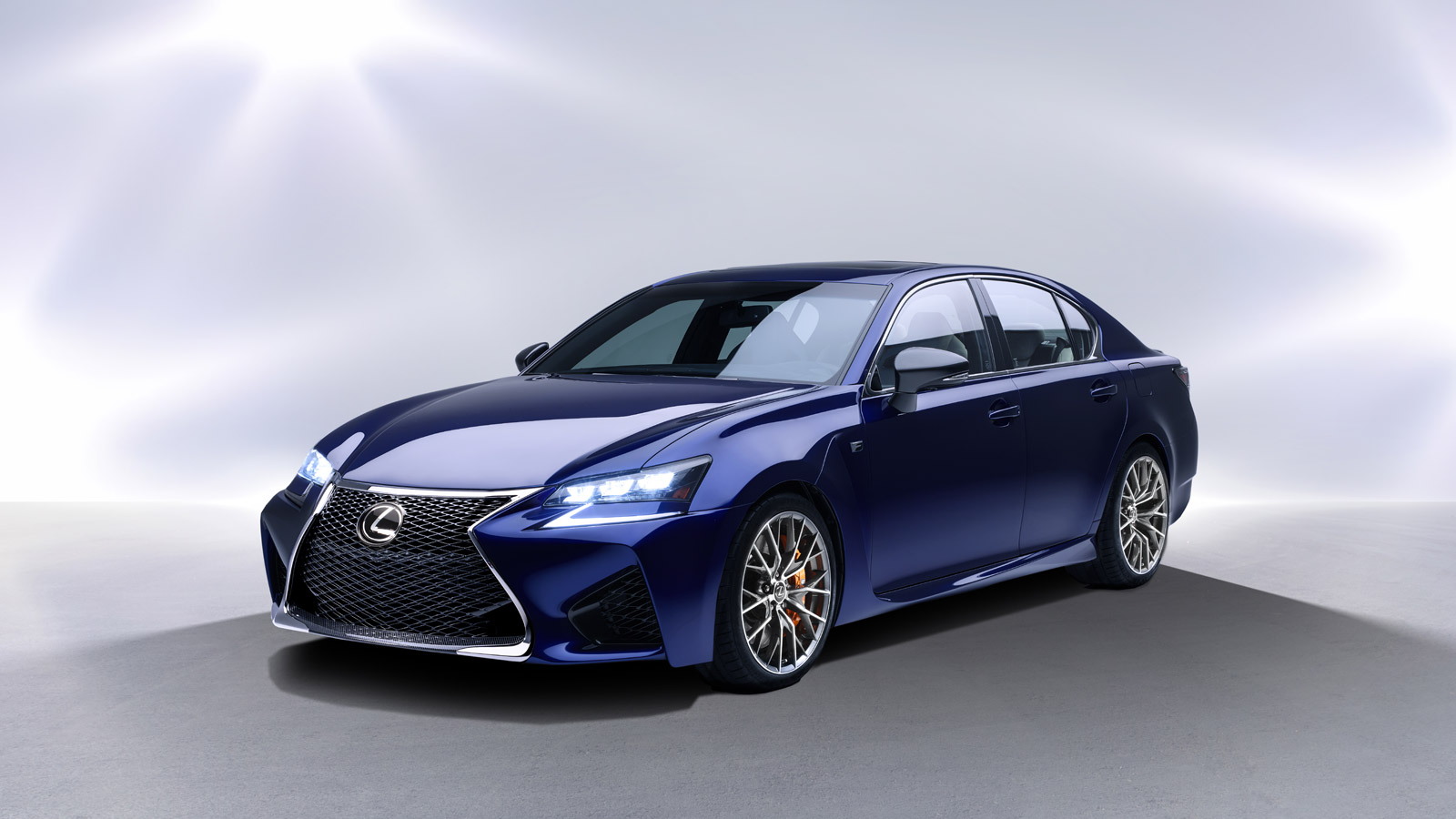 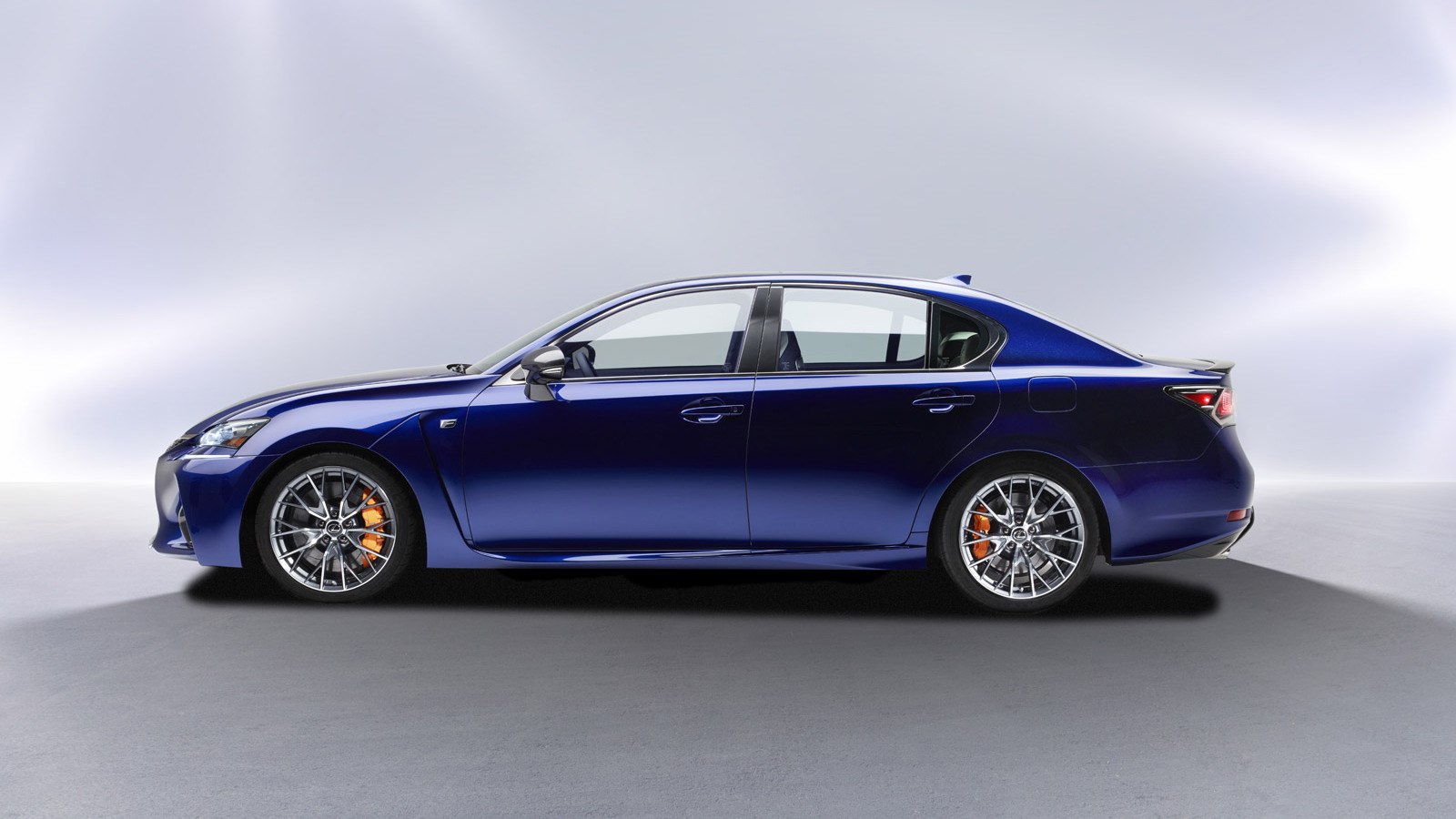 16
photos
Lexus fans that admire the RC F but simply can’t live with a coupe have just had their prayers answered. The Japanese firm has revealed a new GS F performance sedan, which will be introduced at next week’s Detroit Auto Show before going on sale later in the year as a 2016 model.

Lexus recently announced that it was about to unleash a “track-ready” car destined to sit alongside the RC F in the brand’s growing stable of “F brand high-performance models.” Now we can confirm the car is in fact the long-awaited GS F, which helps fill the void now that the IS F, Lexus’ previous performance sedan, is no longer on sale.

Power in the GS F comes from the same naturally-aspirated 5.0-liter V-8 found in the RC F, and output is unchanged at 467 horsepower and 389 pound-feet. Suffice it to say, the GS F will have a hard time keeping up with rivals like the BMW M5 and Mercedes-Benz E63 AMG, both of which have around 100 hp more to play with. Meanwhile, Cadillac’s new CTS-V, which also debuts in Detroit, shouldn’t even have to break a sweat to outgun the Lexus thanks to its own 640-hp rating.

Where Lexus hopes the GS F stands apart is in ride and handling. Drive goes to the rear wheels only, via an eight-speed automatic transmission with paddle shifters. A torque vectoring differential with three levels of adjustment—Standard, Slalom and Track—is also fitted at the rear axle, helping in regards to handling. The GS F also has four different driving modes that adjust things such as throttle and steering response. The modes are Normal, Eco, Sport and Sport S+, the latter designed specifically for the track.

To further aid performance, the chassis gets a number of structural reinforcements to boost rigidity and the suspension has been honed on some of the world’s best race tracks, including the Nürburgring.

The stock wheels are a 19-inch set, shod with 255/35 Michelin Pilot Super Sport tires in the front and 275/35 in the rear. And the curb weight at 4,034 lbs is relatively light for the segment. The new CTS-V, for example, weighs 4,145 lbs. Stopping power comes from vented discs, with those at the front measuring 15 inches across and clamped by six-piston calipers available with a bright orange finish.

Interestingly, the headlights on the GS F are different to those on the regular GS range. The design features three individual clusters in the main headlight unit plus a separate ‘L’ swoosh daytime running light. Other visual tweaks include the stacked exhaust tips at the rear, aggressive front bumper and flared fenders.

Inside, the cabin is designed to exude the look and feel of a jet fighter’s cockpit. The interior is styled in an elegant form-follows-function theme, with all controls placed within easy reach of the driver. Special touches include a configurable instrument cluster and bucket-like seats with plenty of lateral support. A 12.3-inch screen in the center console handles the infotainment and is controlled via Lexus’ Remote Touch Interface.

Access the rest of our Detroit Auto Show coverage by visiting our dedicated hub.