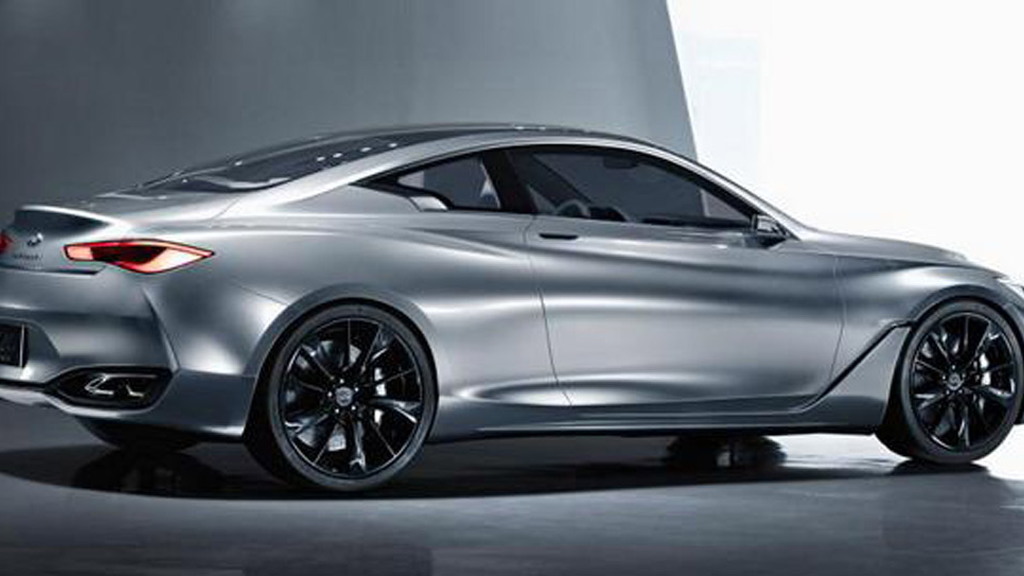 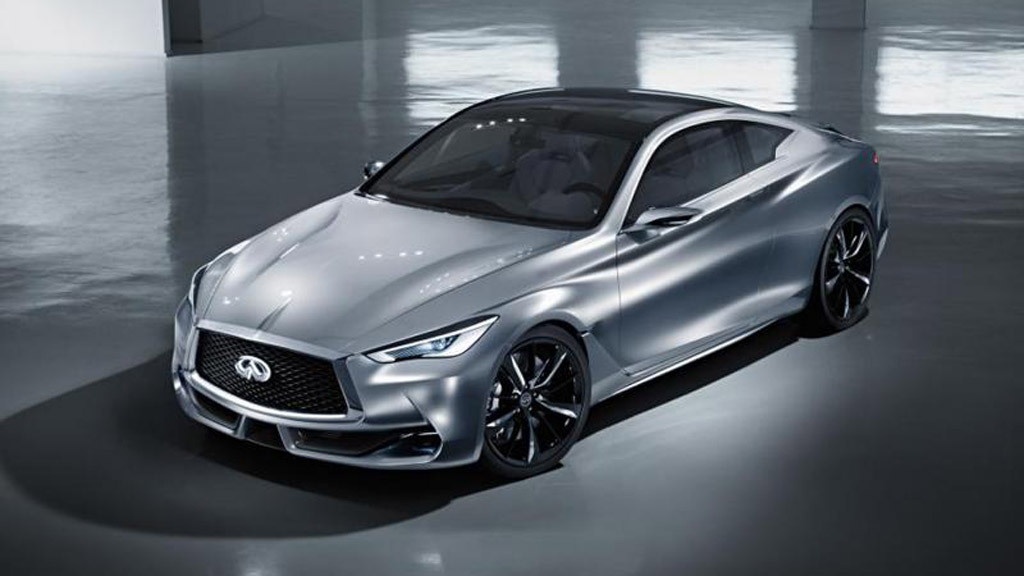 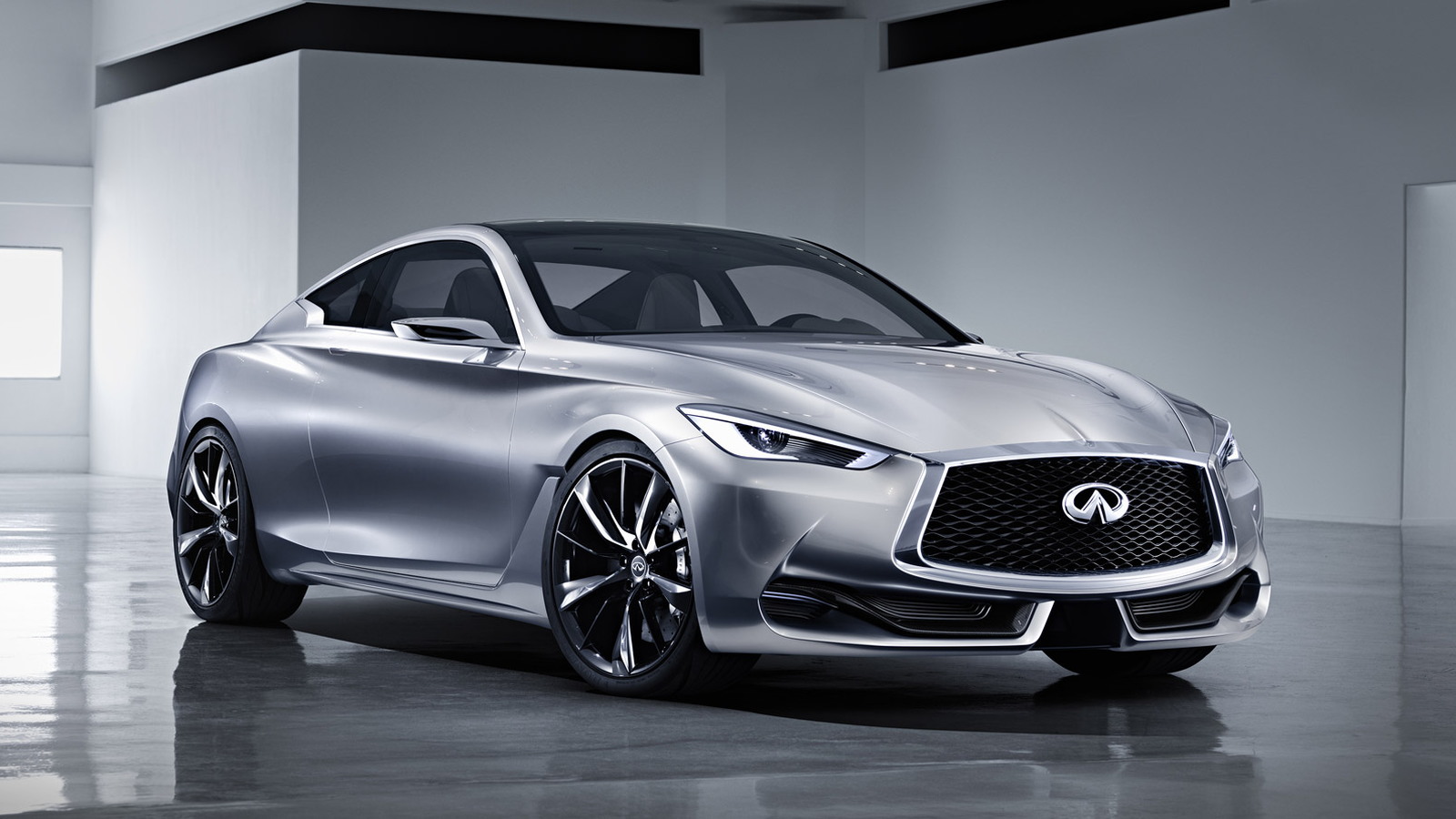 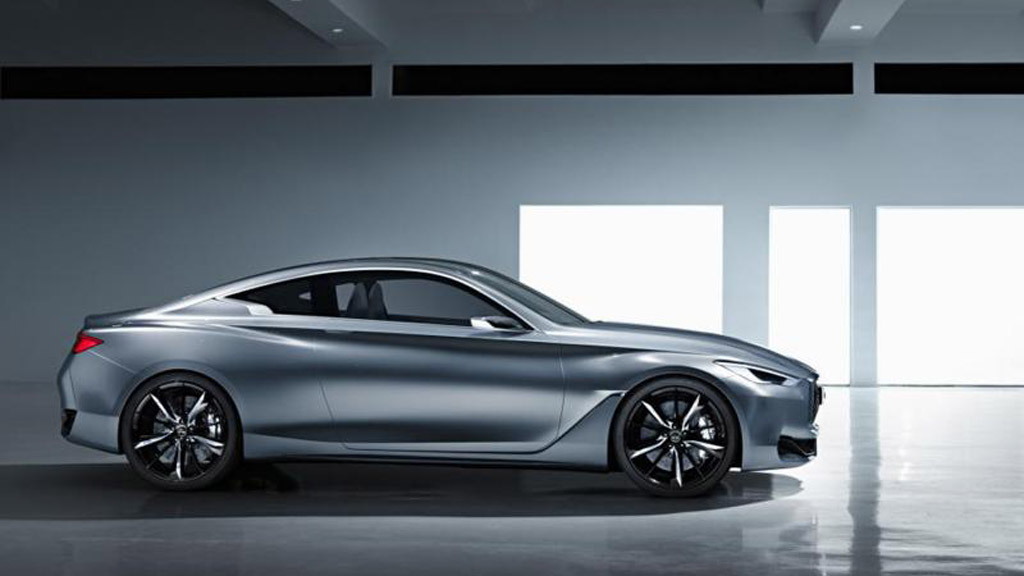 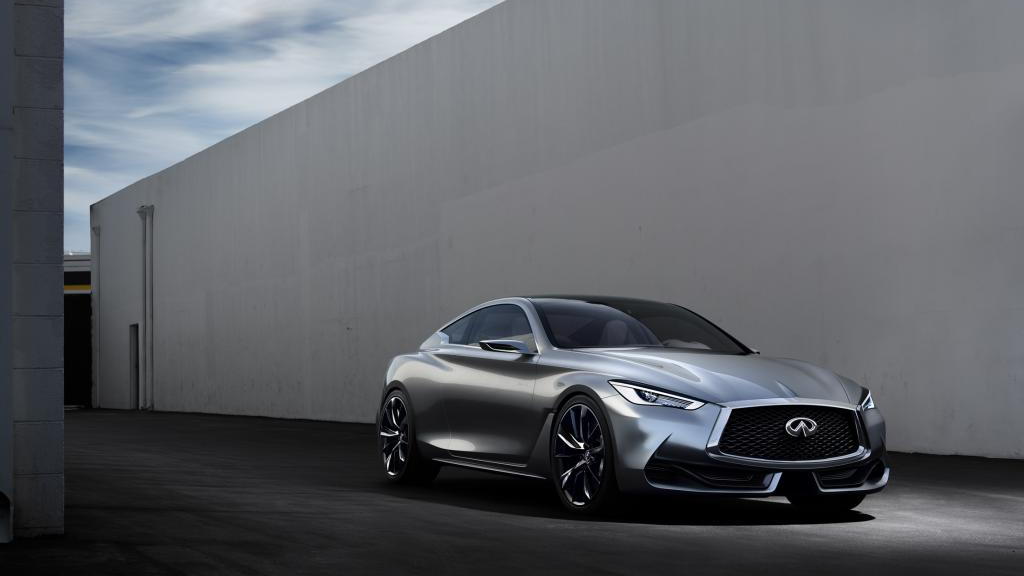 A thinly-veiled concept version of Infiniti’s next-generation Q60 coupe will make its debut next week at the 2015 Detroit Auto Show, a teaser for which was released last month. Today we have some new photos of the concept, which features a striking design clearly influenced by Infiniti’s Q80 Inspiration concept unveiled at the 2014 Paris Auto Show.

The Q60, for those still not up to date with Infiniti’s new naming strategy, is essentially the G coupe, whose last complete redesign was back in 2008. As evidenced by this concept, the new Q60, which goes on sale next year, as a 2017 model, will feature a familiar shape but with some exciting new elements. These include muscular, well-defined contours and short overhangs. We can also see a vertical front fender vent, an interesting C-pillar design and handsome 21-inch wheels.

The interior of the concept is said to feature a 2+2 layout and a luxurious, hand-crafted look and feel. The seats are trimmed in quilted leather and around the dash are carbon fiber accents to emphasize the car’s performance edge.

Shiro Nakamura, design chief for all Nissan brands, has said the production Q60 will target the BMW 4-Series but will be slightly larger. Other rivals will include the Audi A5, Cadillac ATS Coupe, Lexus RC and Mercedes-Benz C-Class Coupe.

The platform for the new Q60 is likely to be a shortened version of the rear-wheel-drive platform underpinning the Q50 sedan. A convertible is also planned. There's no word on powertrains but it’s possible we’ll see the new twin-turbocharged 3.0-liter V-6 from the Q80 Inspiration offered in the car. A hybrid option is also possible at some point.

We'll have more details soon as the 2015 Detroit Auto Show gets underway January 12. In the meantime, additional coverage of the event can be accessed via our dedicated hub.