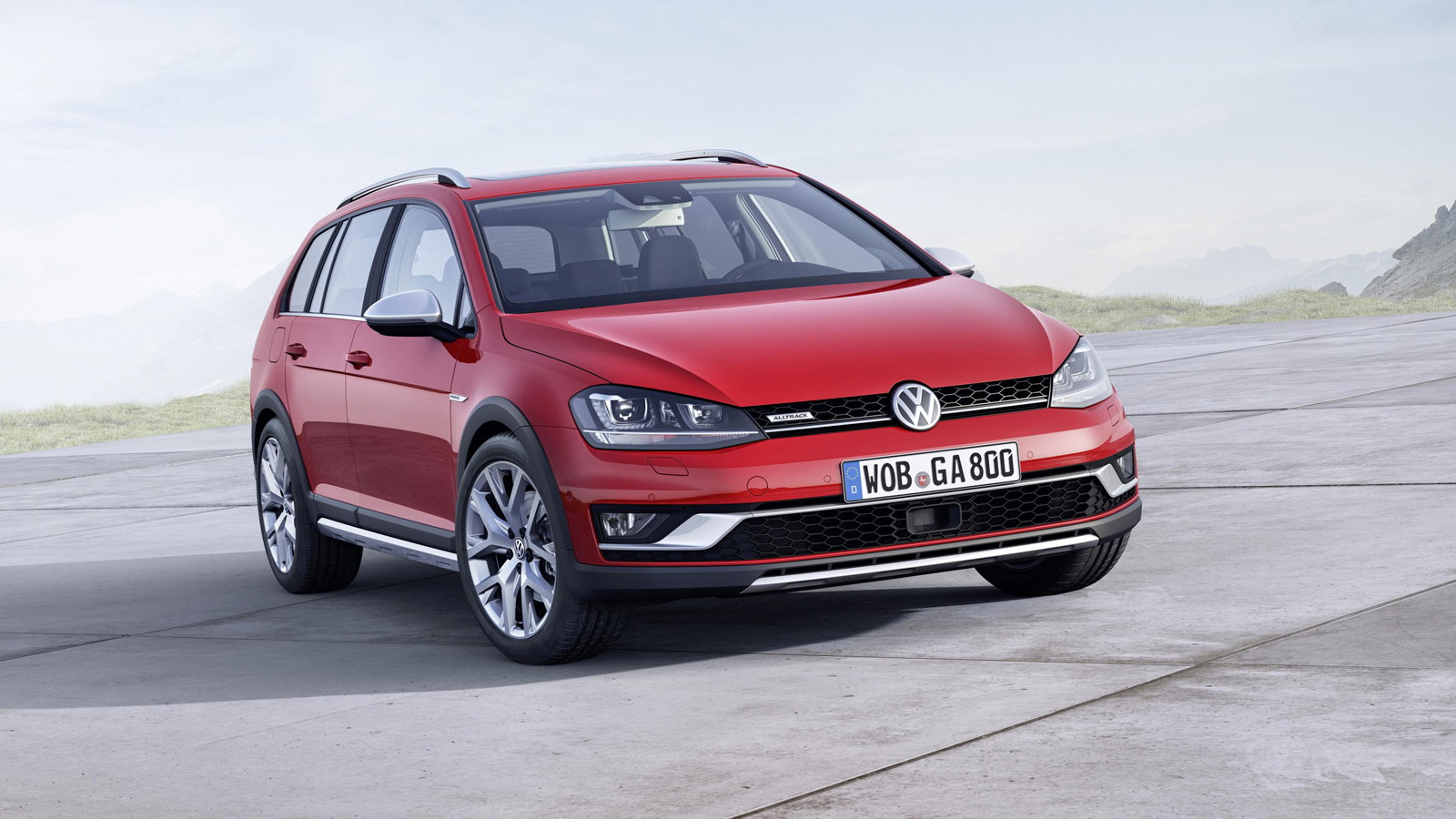 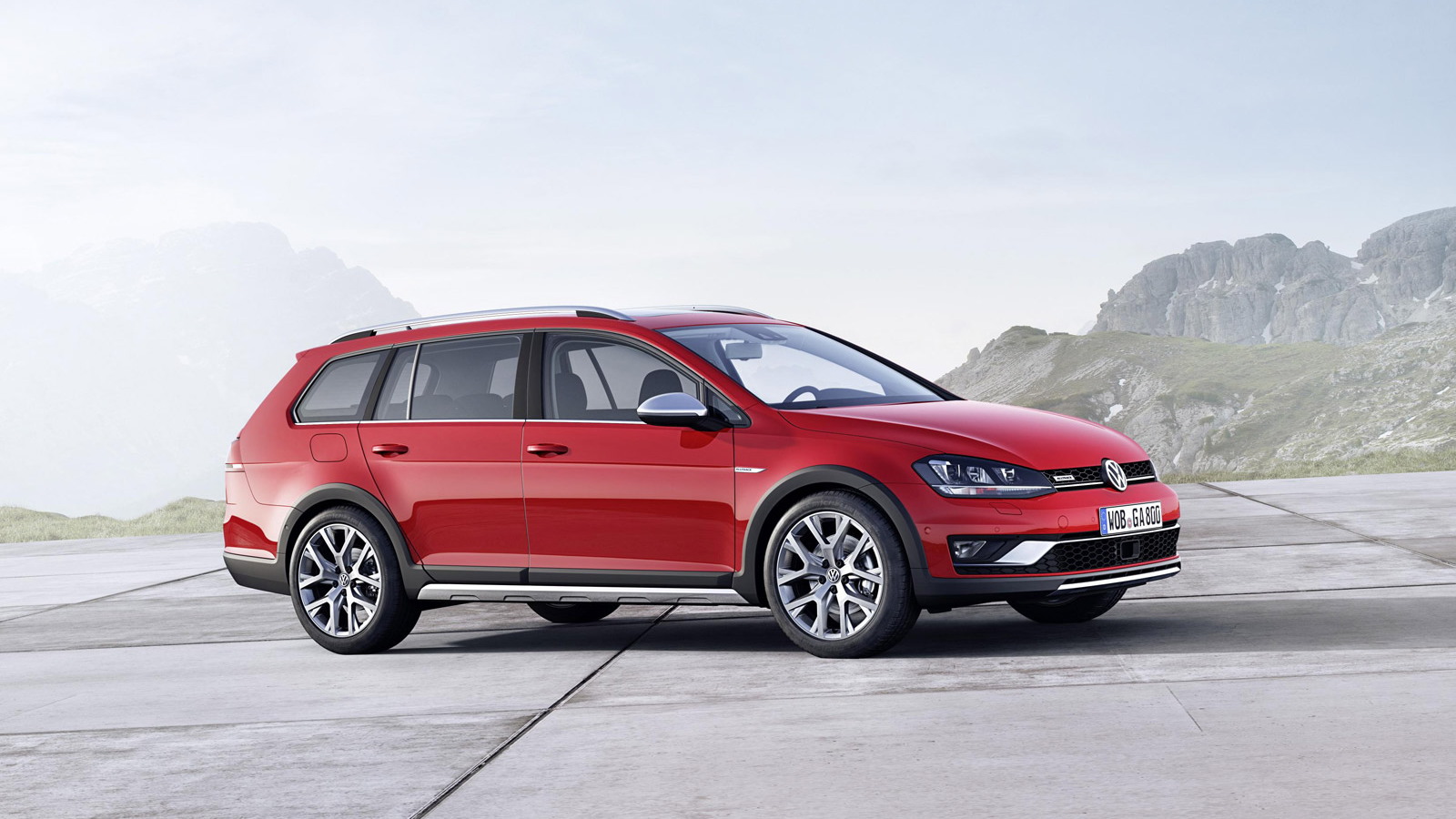 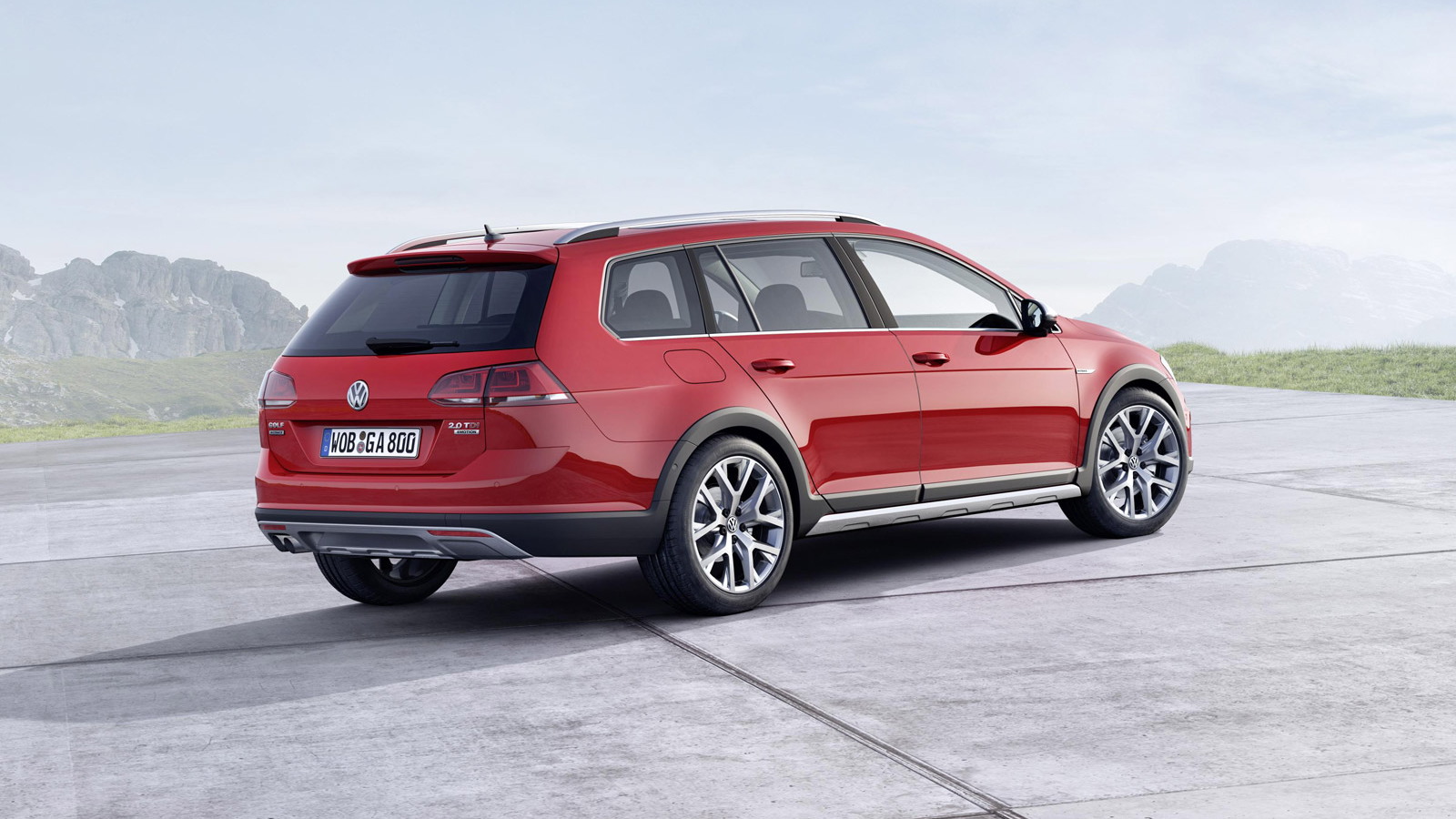 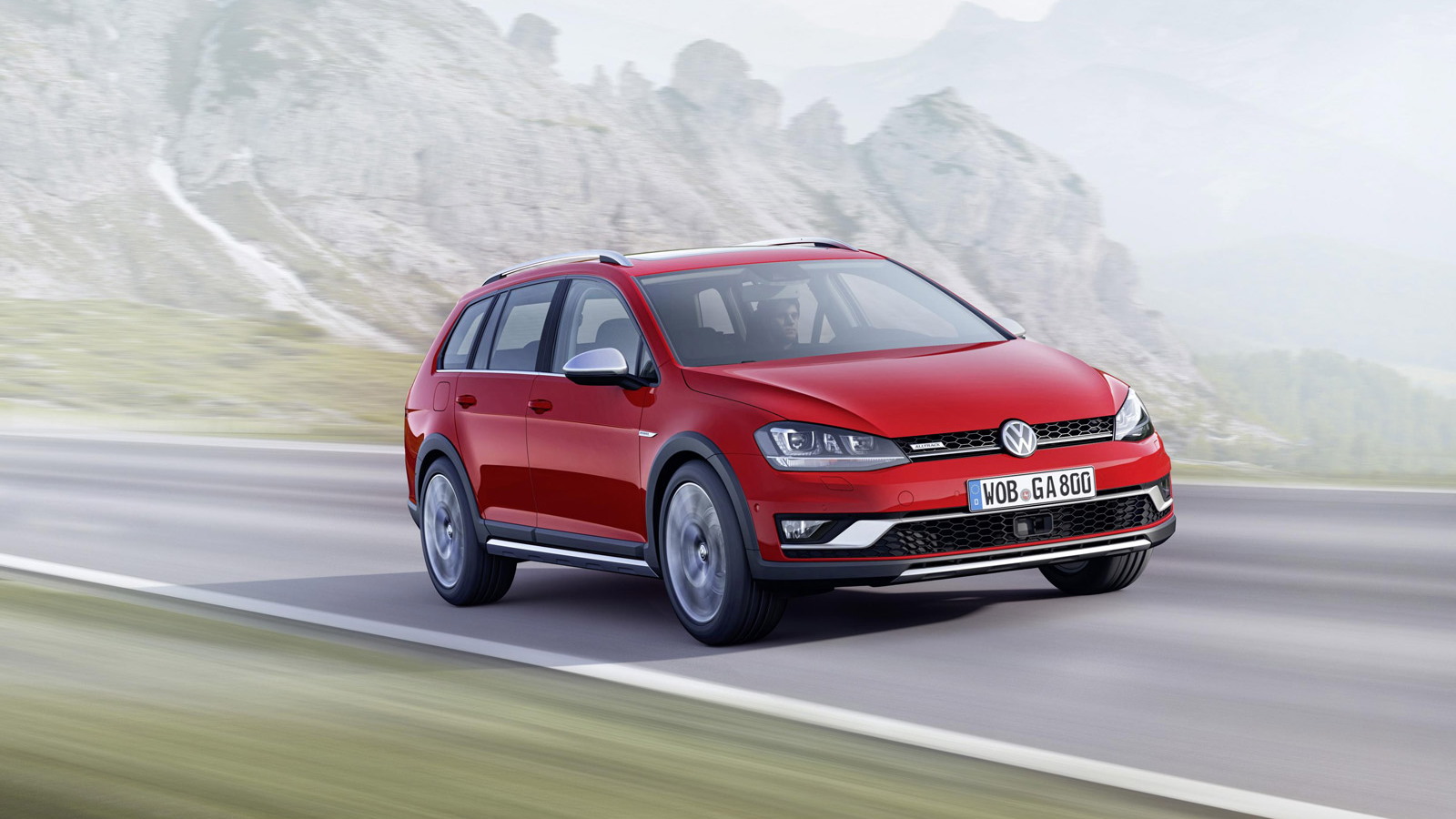 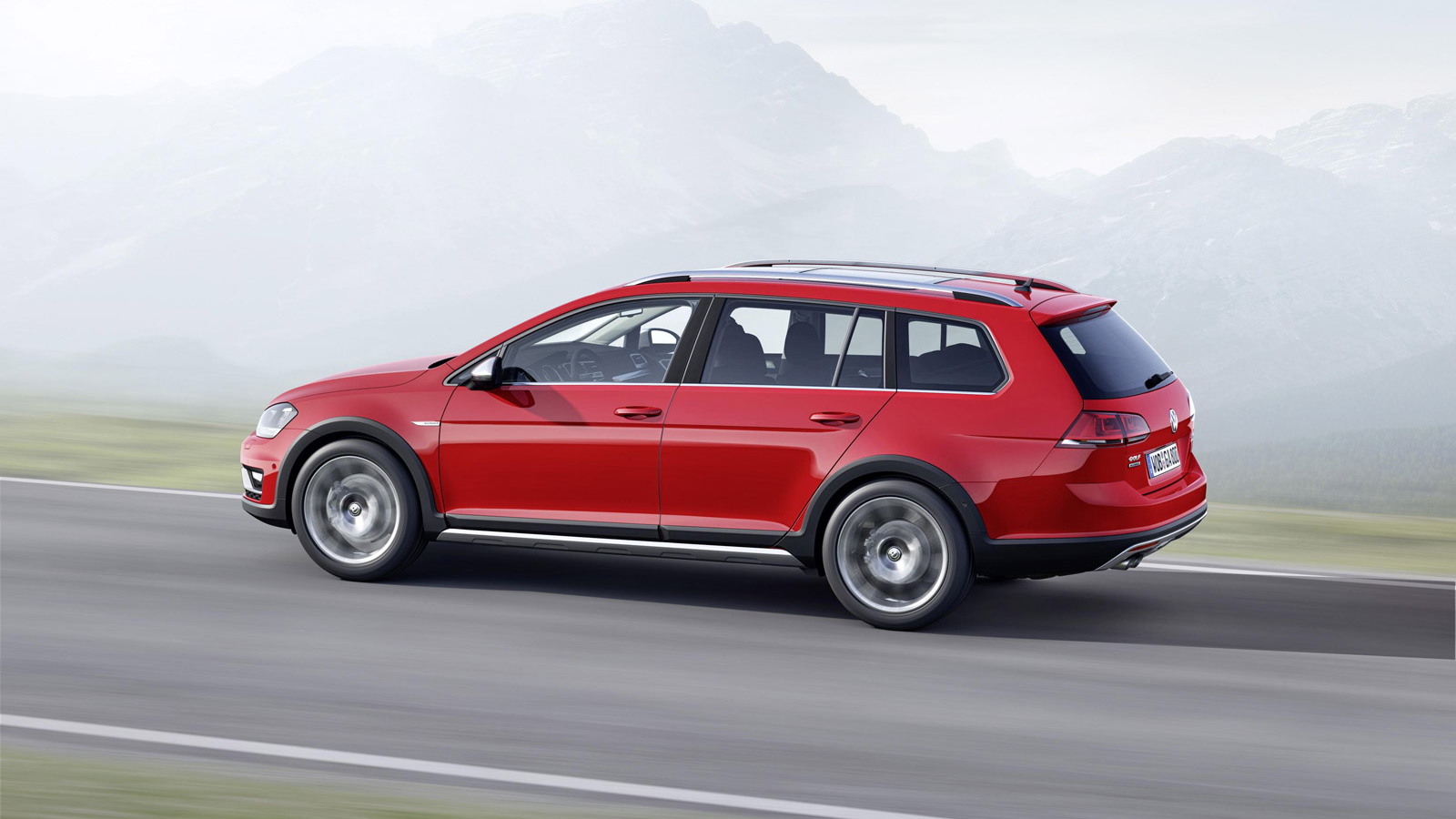 Volkswagen sells an Alltrack version of its Passat wagon overseas, and now the vehicle is getting a little brother in the form of the 2015 Golf Alltrack, which debuts next week at the 2014 Paris Auto Show. It’s essentially a soft-roader version of the latest Golf SportWagen, and will be hitting European showrooms next summer.

While VW has confirmed the latest Golf SportWagen for the U.S. market (it arrives in showrooms early next year), there are no present plans to bring the Alltrack version. Instead, VW fans here looking for a compact vehicle with some off-road capability will have to settle for the Tiguan.

The Golf Alltrack has a slightly taller ride height than the Golf SportWagen on which it’s based, and comes standard with 4MOTION all-wheel drive. The vehicle also benefits from VW’s EDS and XDS electronic differentials, and when it comes to towing it can handle loads of up to 4,400 pounds.

Chunky wheel arch moldings and side sills work together with skid plates integrated with the bumpers to offer body protection, and additional off-road prowess comes from the vehicle’s selectable Offroad driving mode. This activates a hill descent function as well as adjusting the throttle and ABS for increased sensitivity.

As for the engines, shoppers will have four options to choose from: one TSI gasoline unit and three TDI diesels. The most powerful unit is a 2.0-liter TDI good for 182 horsepower. Transmissions include the choice of a six-speed manual or six-speed DSG dual-clutch ‘box.

The 2015 Golf Alltrack makes its debut at the Paris Auto Show on October 2. To see what else will be present at the show, head to our dedicated hub.