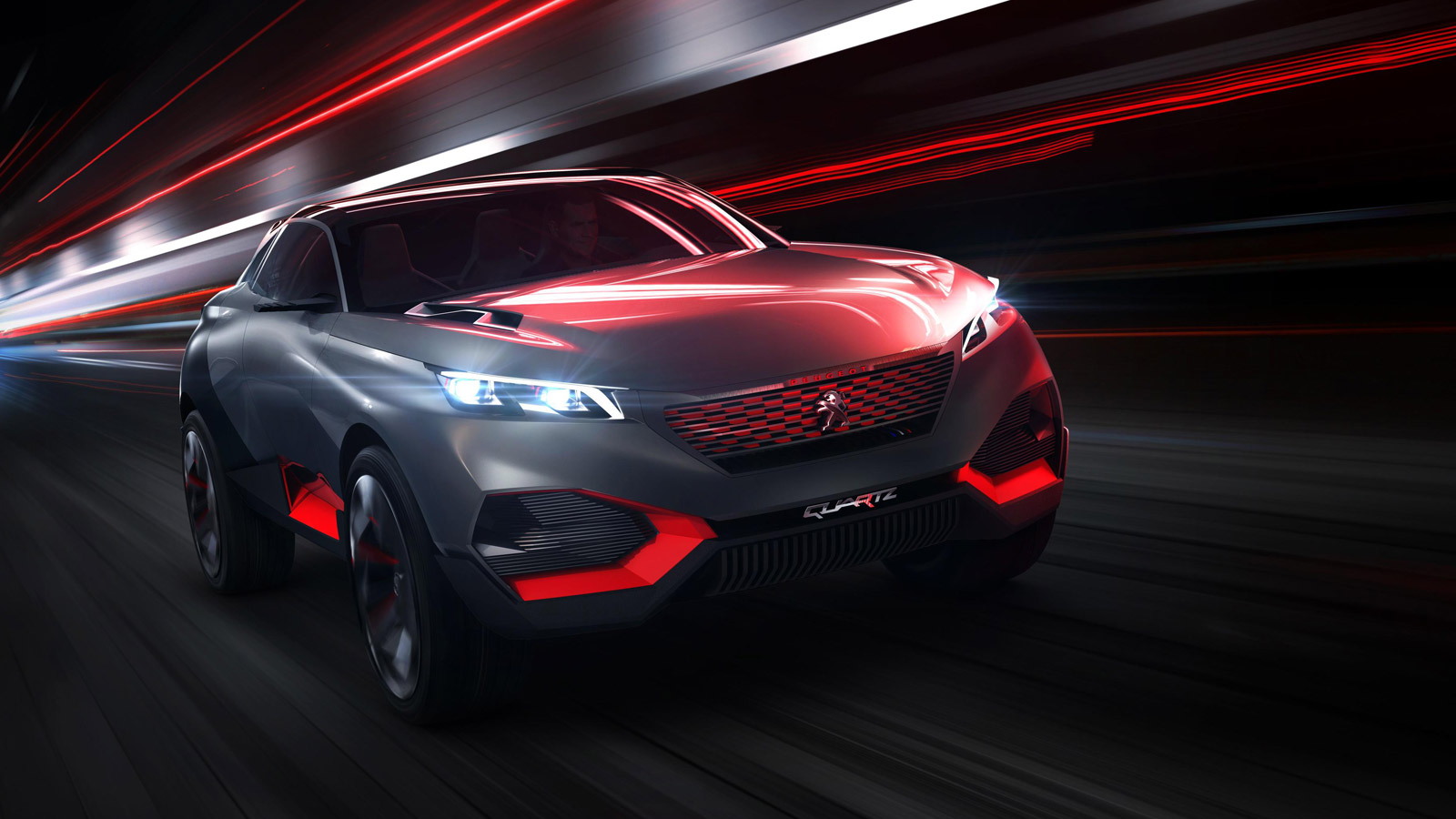 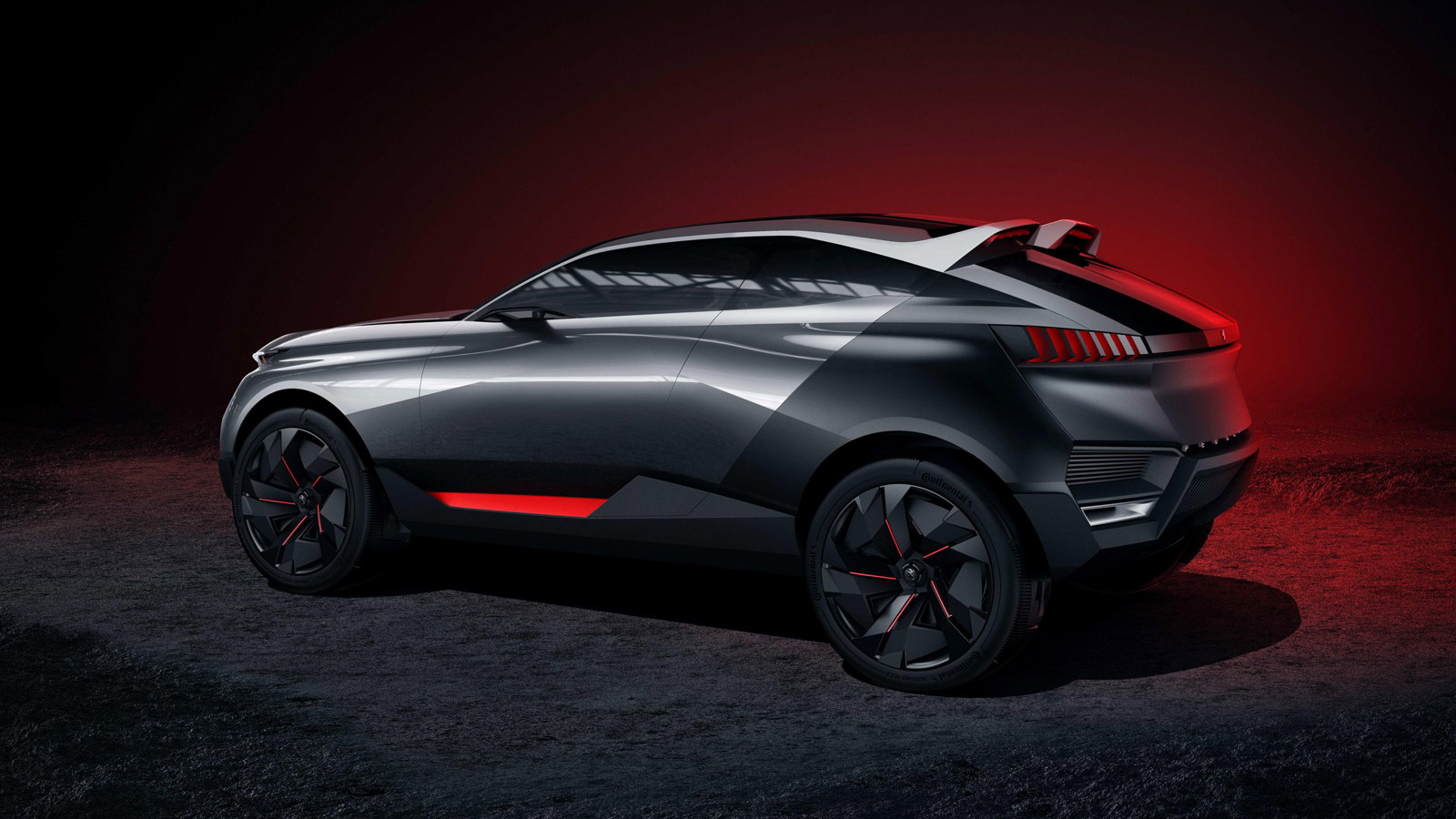 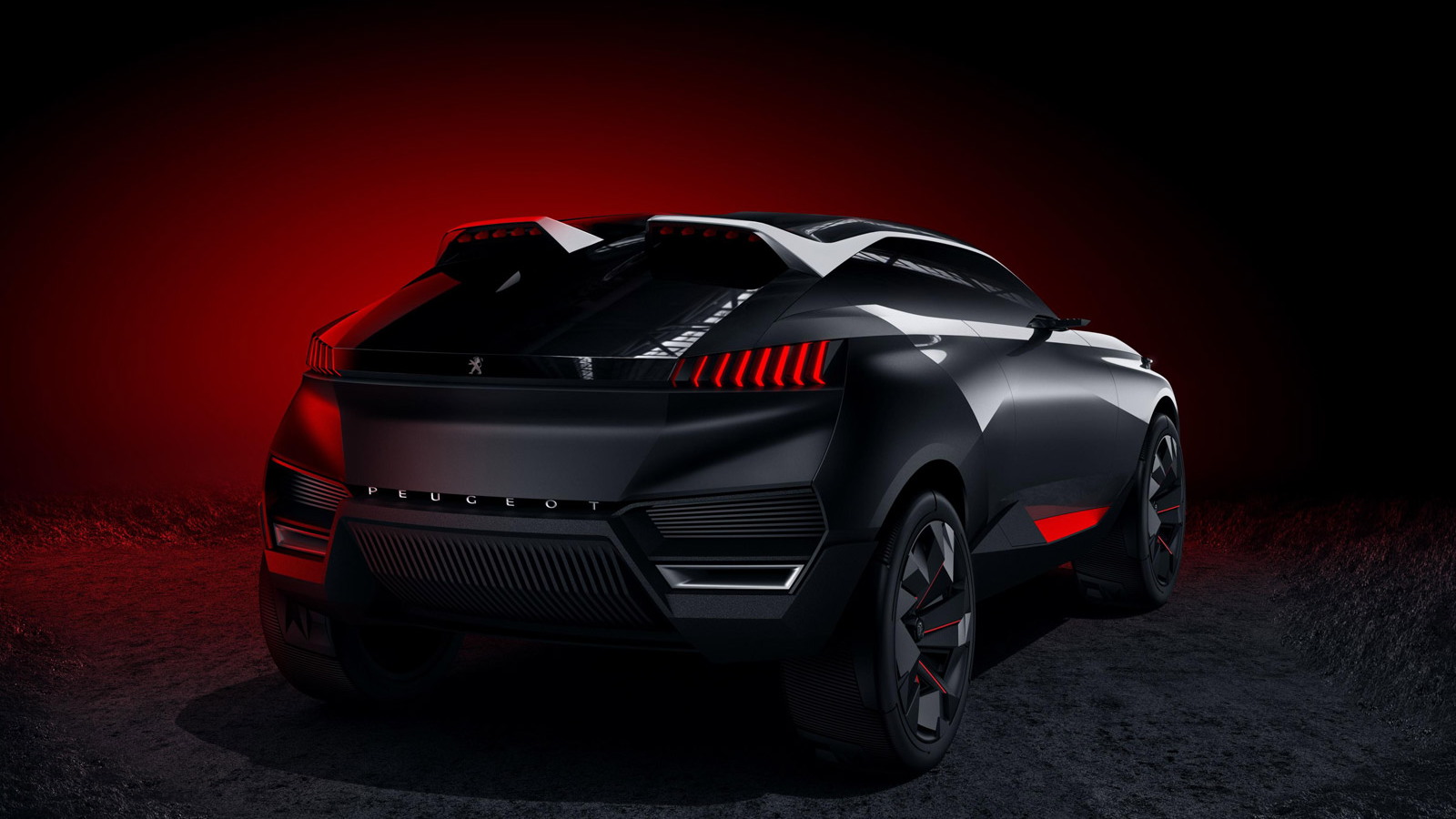 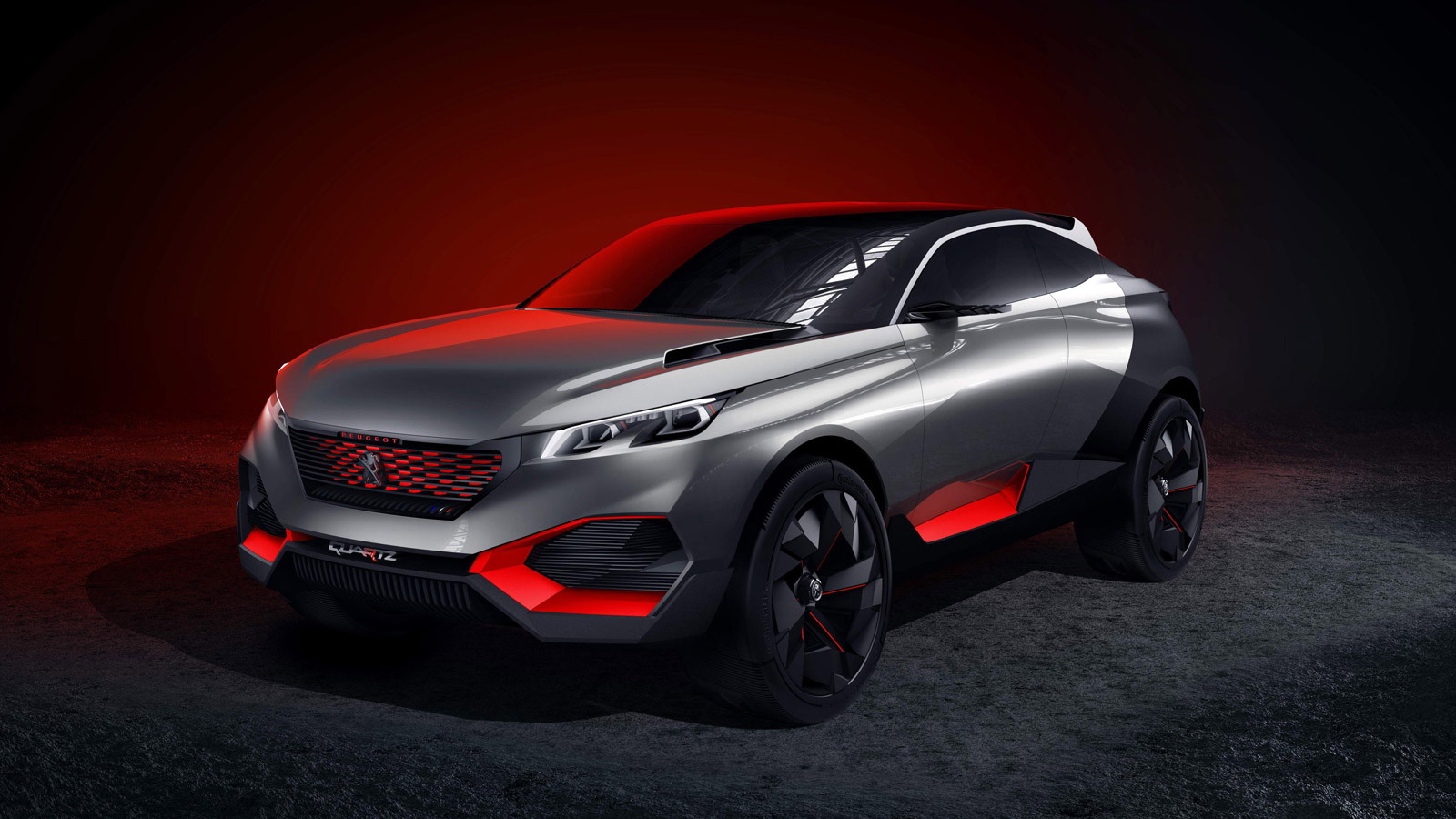 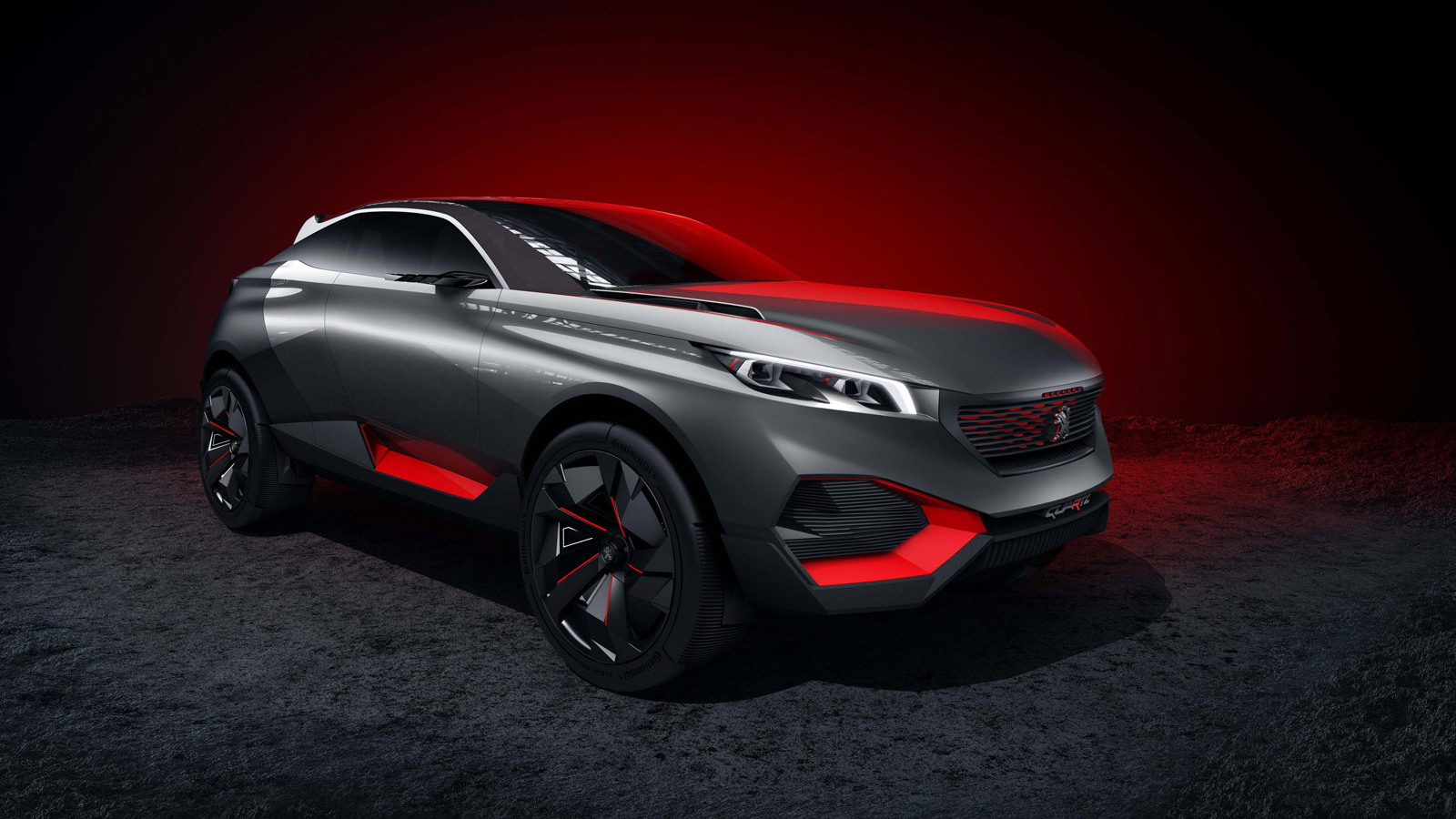 12
photos
After a stale showing at the previous Paris Auto Show back in 2012, Peugeot is pulling out all the stops for its lineup at this year’s event. Already the French automaker has confirmed the sporty 308 GT, advanced 208 Hybrid Air concept and sultry Exalt concept, but now Peugeot has revealed a third concept that’s set to grace its stands at the Paris Auto Show next month.

The new concept is called the Quartz and it’s packing a hybrid drivetrain good for almost 500 horsepower. This hybrid drivetrain sits in a vehicle that’s not much bigger than a Range Rover Evoque and has been designed to be compatible with the modular EMP2 platform, which forms the basis of the new concept as well as several existing PSA Peugeot Citroën models like the award-winning 308 line.

Incredibly, the internal combustion component of the drivetrain is only a 1.6-liter four-cylinder engine, which on its own develops 270 horsepower thanks to turbocharging and direct-injection technologies. The engine is paired with an electric motor rated at 114 horsepower. Together, these units drive the front wheels via a six-speed automatic. A second electric motor, also rated at 114 horsepower, drives the rear wheels.

Like most modern hybrids, the Quartz concept provides its driver with three modes to choose from: electric, gasoline or hybrid. A lithium-ion battery sits in the center of the vehicle and provides the Quartz with an electric-only driving range of about 31 miles.

When it comes to handling, the Quartz employs MacPherson struts at the front and a multi-link setup at the rear. Air suspension is used and can adjust automatically using data sourced from both satellite positioning and a camera system scanning the road ahead. Finally, the wheels measure 23 inches across and feature carbon fiber flaps that optimize aerodynamic flow and help channel air to the brakes to help keep them cool.

The body of the Quartz concept features bonded panels that not only save weight but bring exceptional stiffness. This enabled Peugeot’s engineers to remove the central B pillar and create scissor-style doors. In addition, a glass roof flows towards the rear and incorporates two spoilers.

Inside, the designers have used materials that have been digitally woven. This innovative process can create large and complex shapes that can be used as soon as they come off the production line. The material is woven with polyester fiber from recycled plastic bottles, and no cutting is required meaning no waste. This is joined by a compact steering wheel, which features many of the controls integrated with it. Like in a race car, this allows the driver to use the indicators, change driving modes and shift gears without taking their hands off the wheel. A head-up display is used to provide all vital information.

The 2014 Paris Auto Show gets underway on October 2. To see what else will be present at the show, head to our dedicated hub.