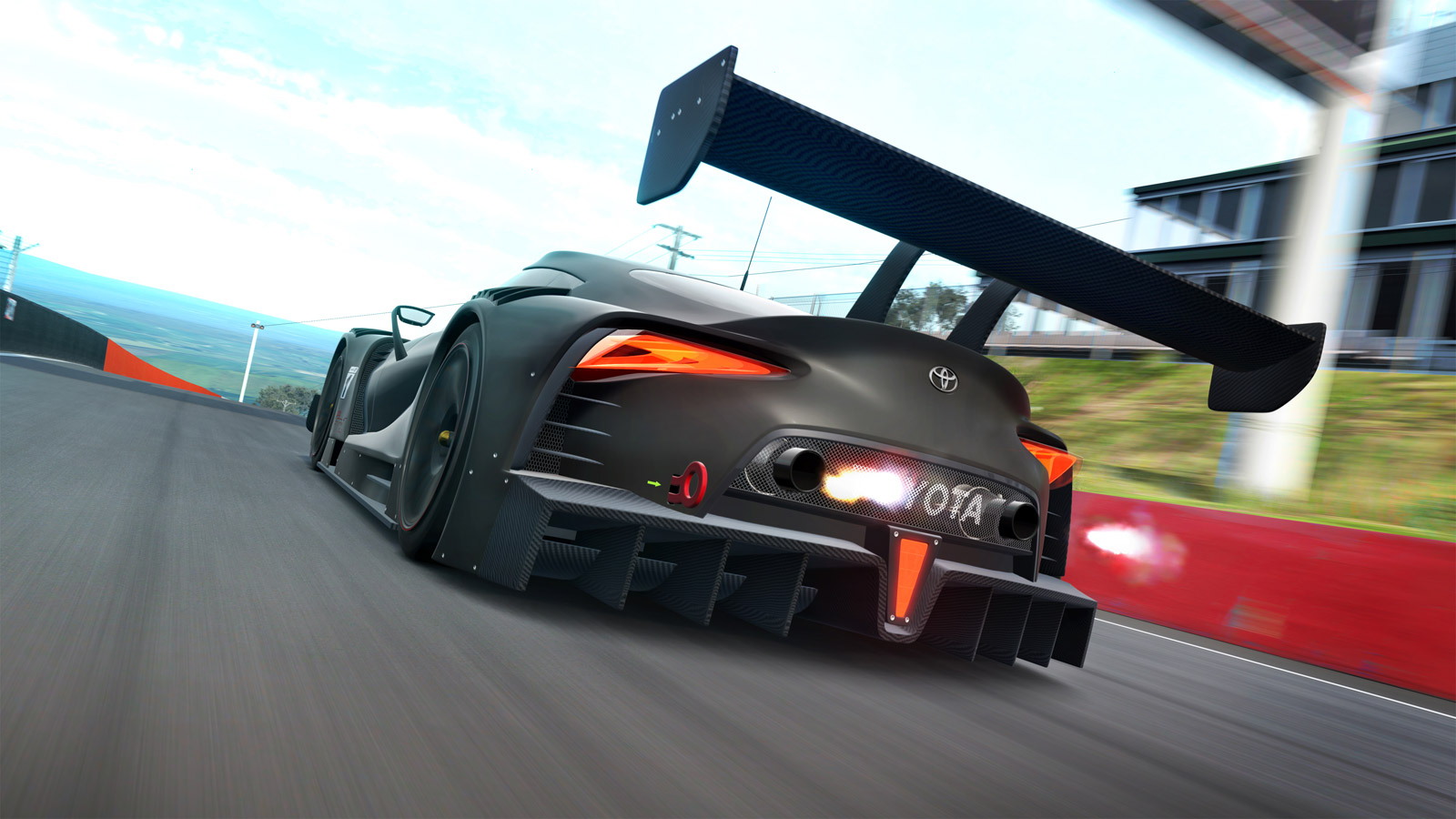 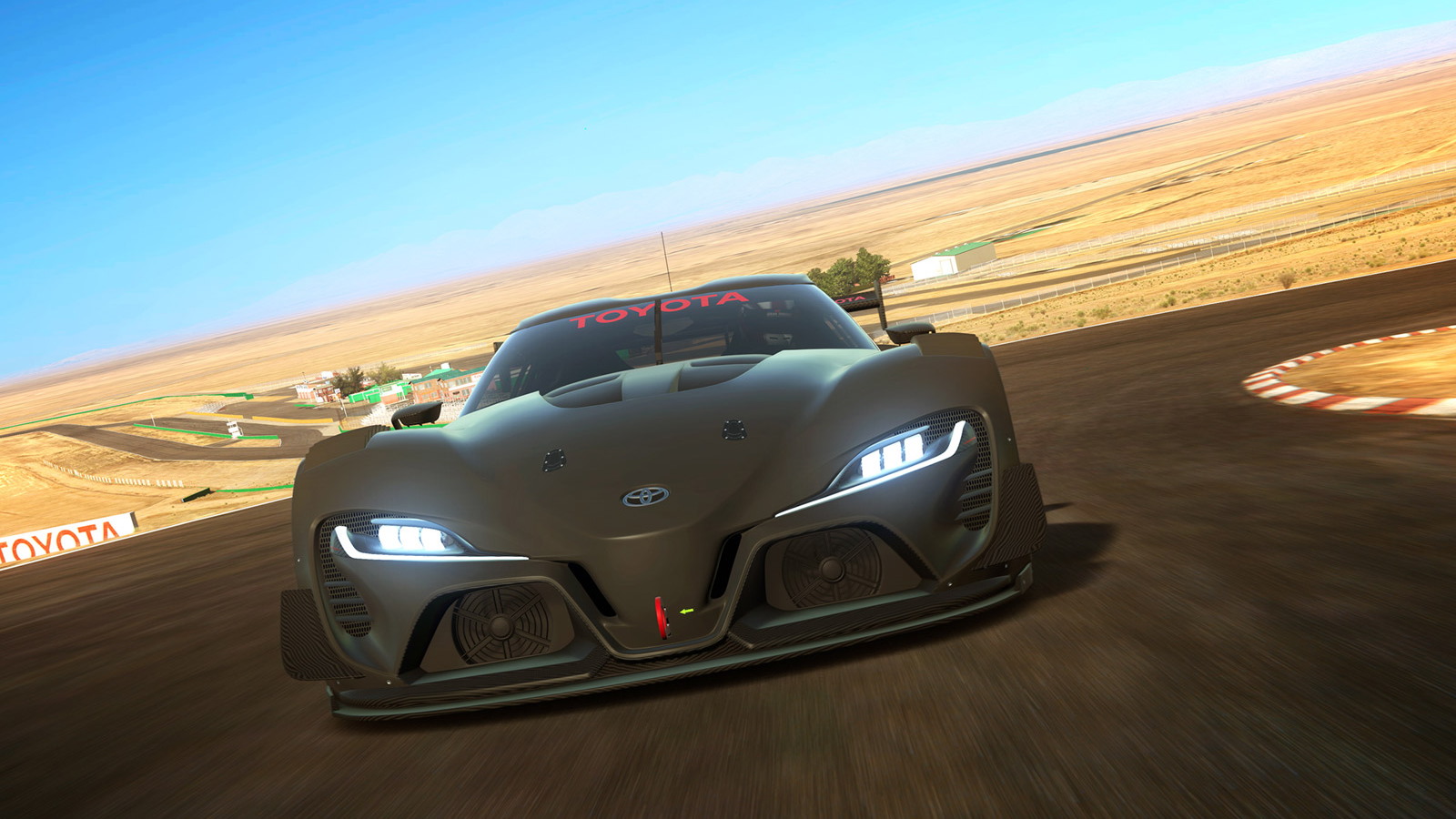 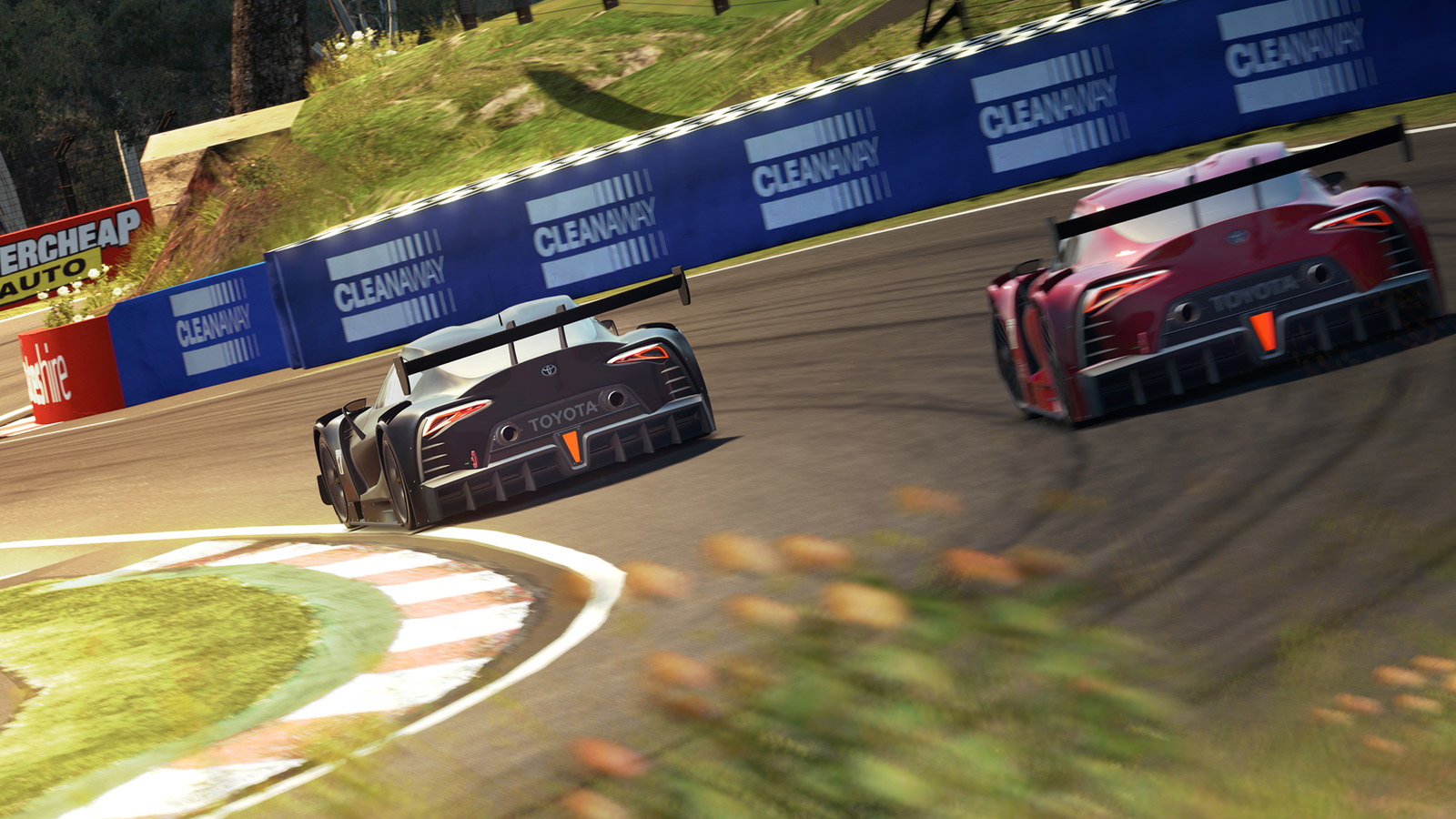 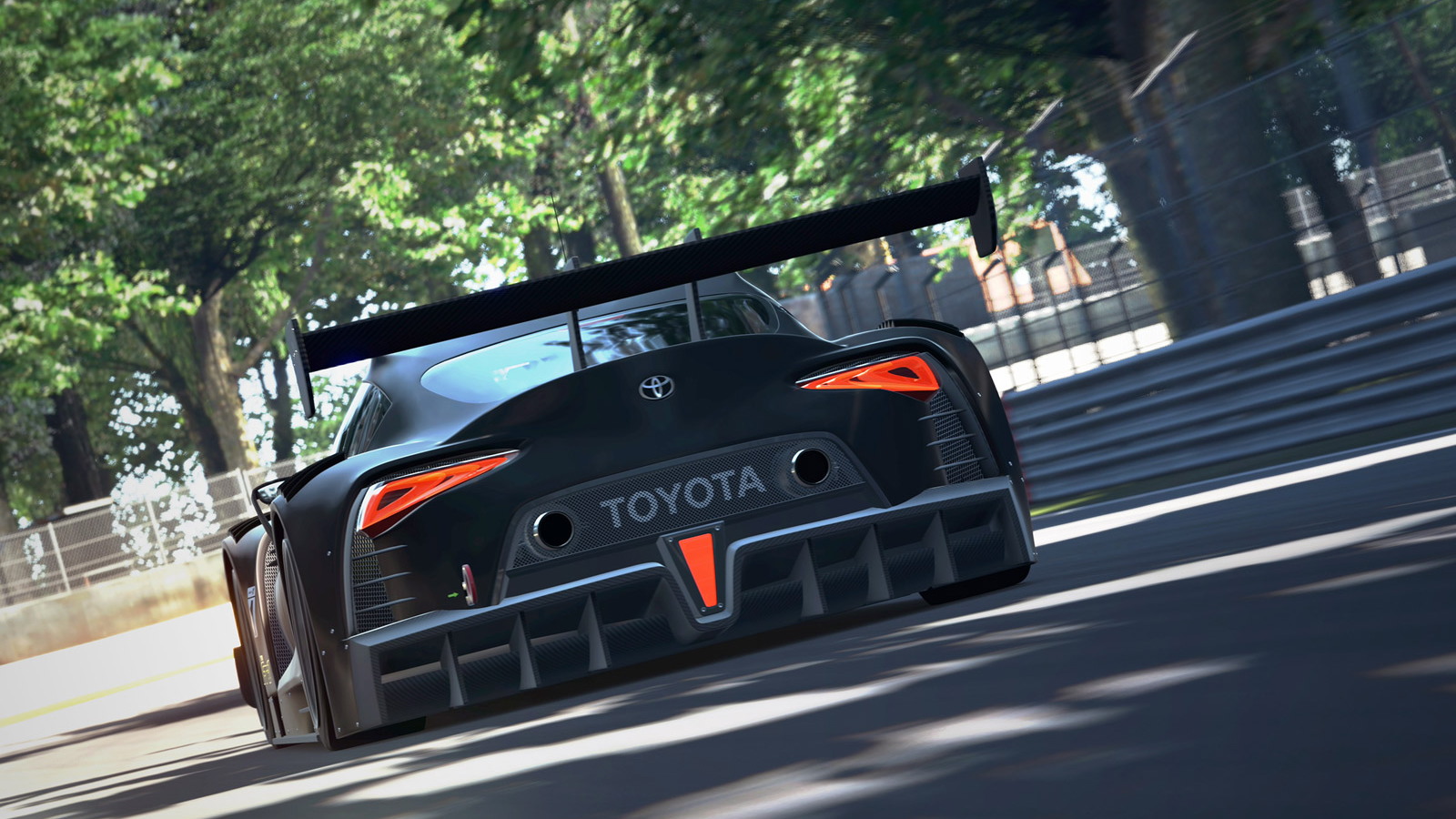 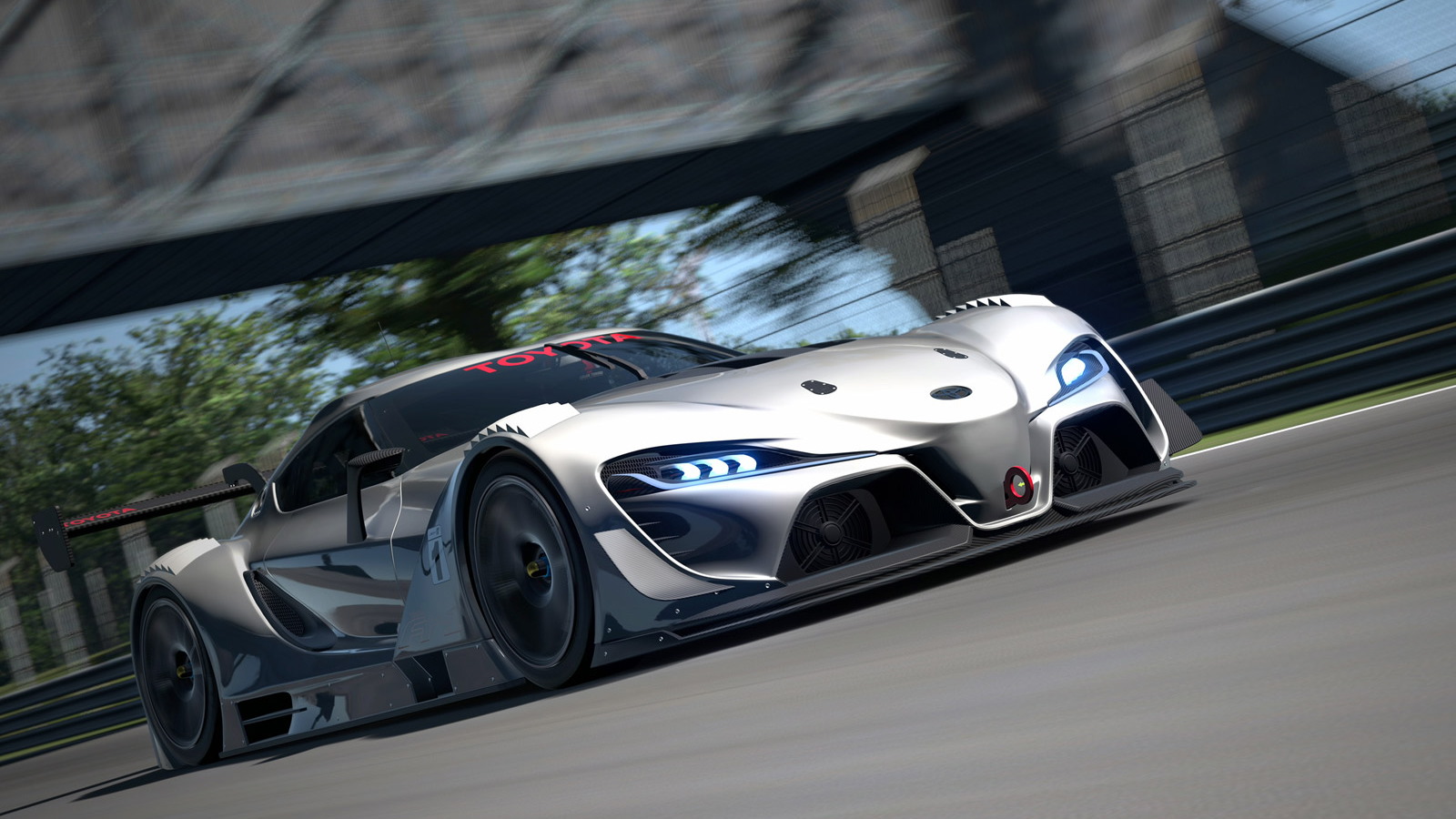 Toyota’s stunning FT-1 concept car revealed at the 2014 Detroit Auto Show may be a preview of the next-generation Supra, but it’s also the basis for the Japanese automaker’s entry in the Gran Turismo Vision challenge, which celebrates the 15th anniversary of the Gran Turismo video game series. The challenge was set by the game’s creator, Kazunori Yamauchi, who last year asked design studios from all across the globe to come up with a concept using the theme “Vision Gran Turismo”.

For its entry, Toyota’s designers at Calty Design Research in California came up with a high-performance racing version of the FT-1. Revealed in mid-August, the car is now available for download in Gran Turismo 6 and joins two other FT-1s already available: the original red example from the start of the year and the upmarket graphite example also shown last month.

MUST WATCH: Nissan GT-R Blows A Tire At 200 MPH, Driver Keeps It Together: Video

Toyota says the development of the concepts for the game helped key executives, including company boss Akio Toyoda, get a better feel for the FT-1 prior to any of the concepts actually being built. Now that they are available to download by the public, more fans can take the—virtual—wheel.

As for any production version of the FT-1, Toyota has only confirmed that it plans to launch a new sports car on a platform being developed with BMW, with the German automaker set to use the platform for its own sports car, believed to be a replacement for the Z4. Toyota has also renewed its trademark for the Supra name in the recent past, and shown off a high-performance hybrid system in concept form.