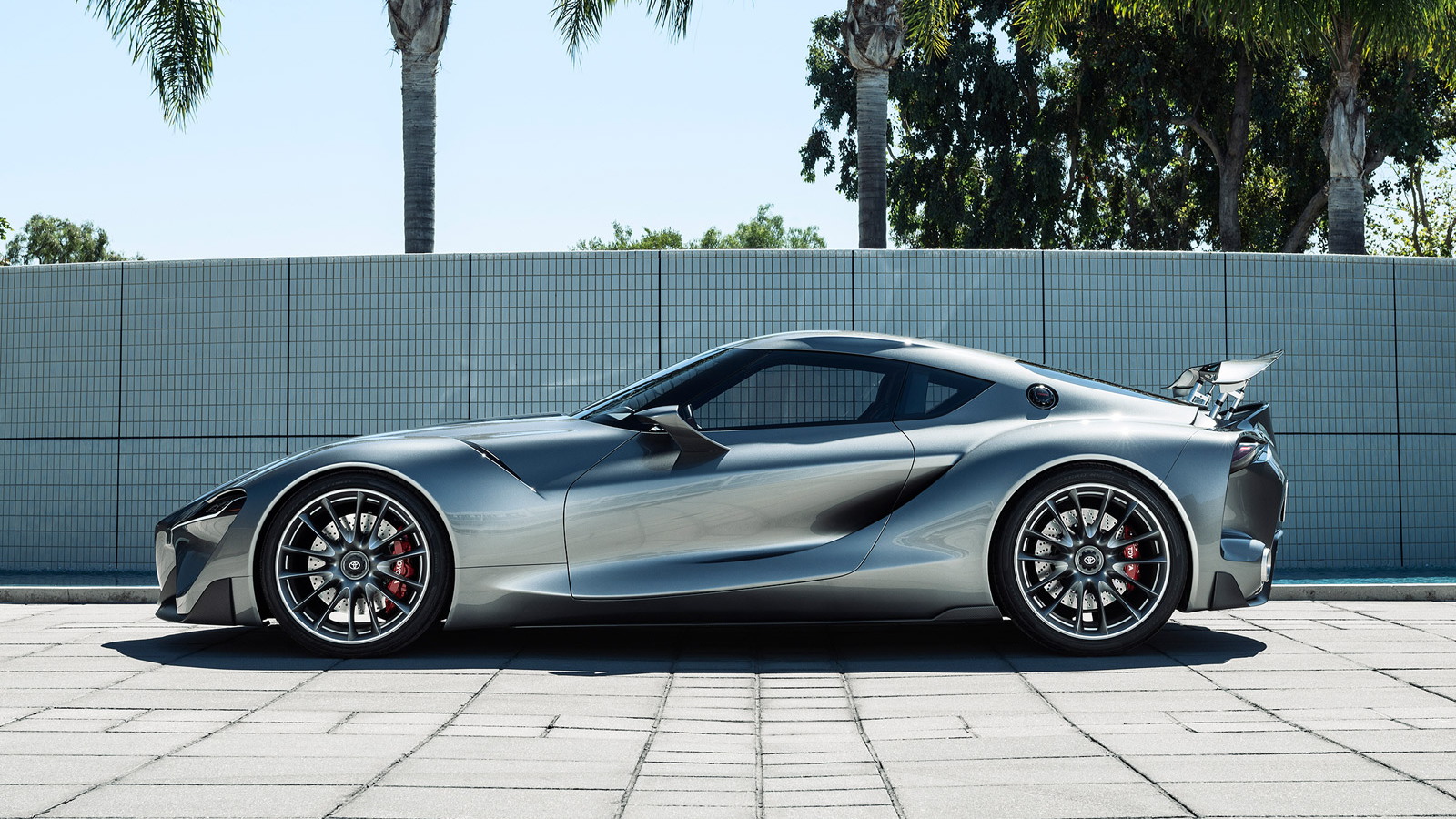 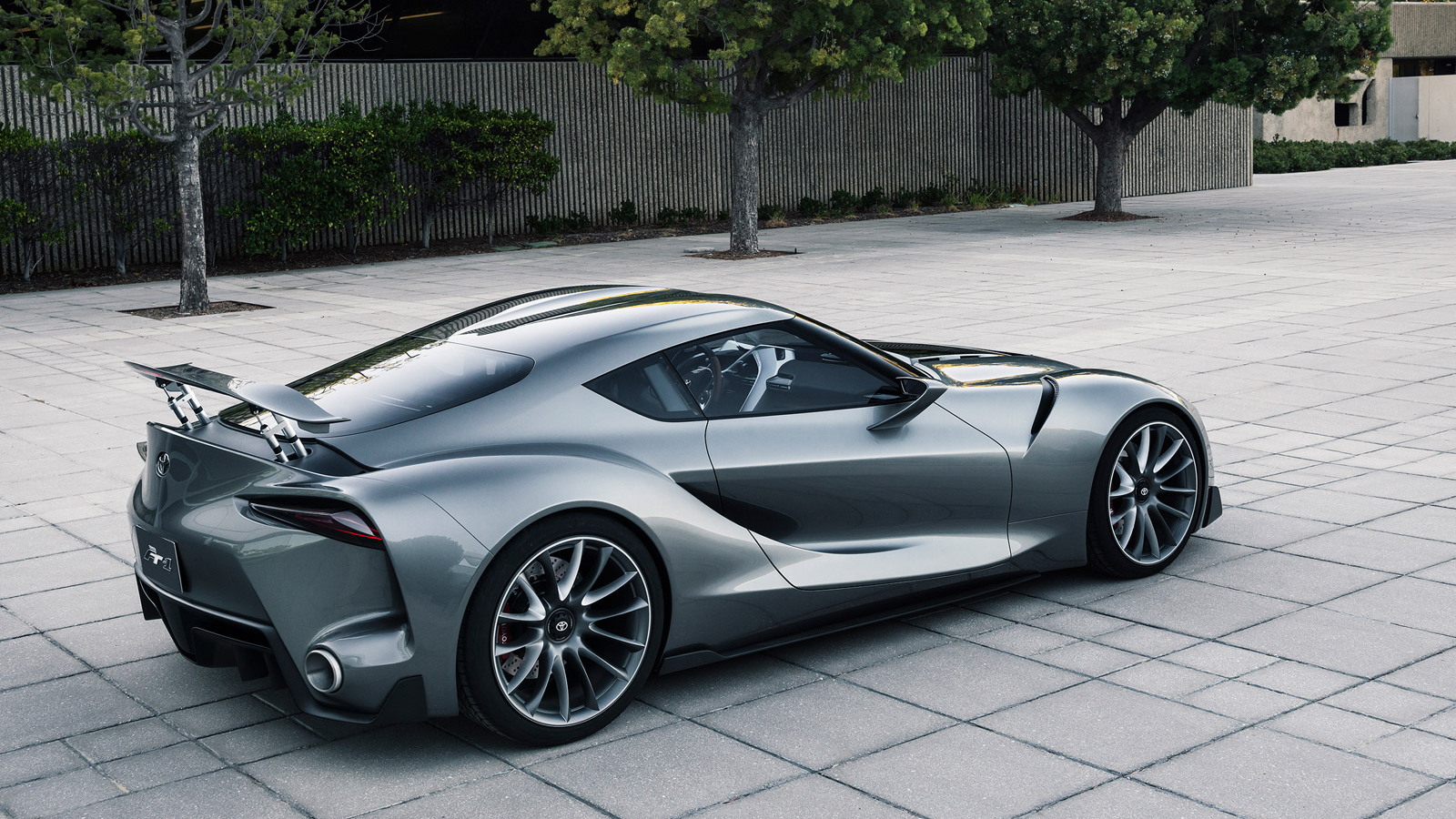 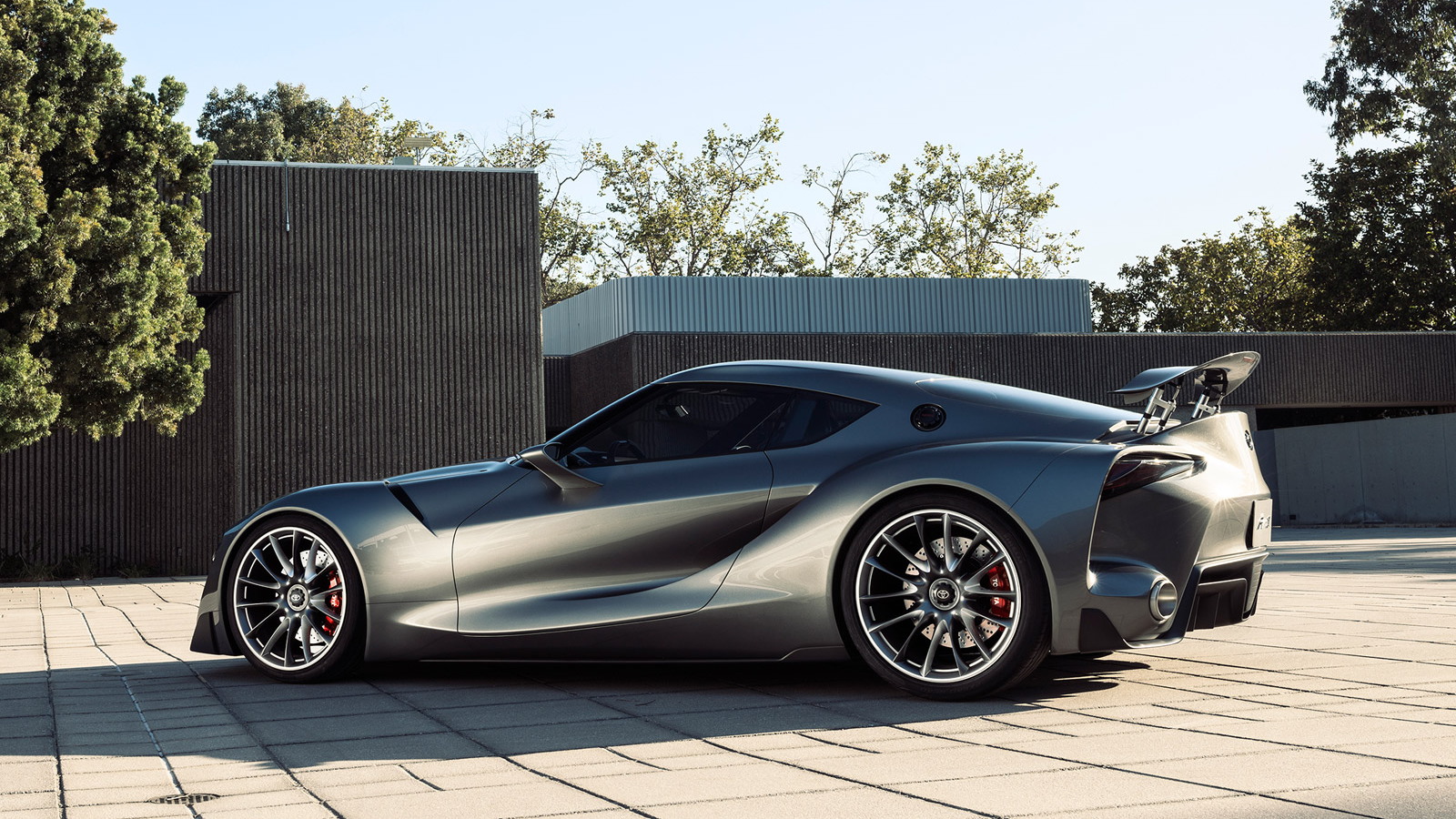 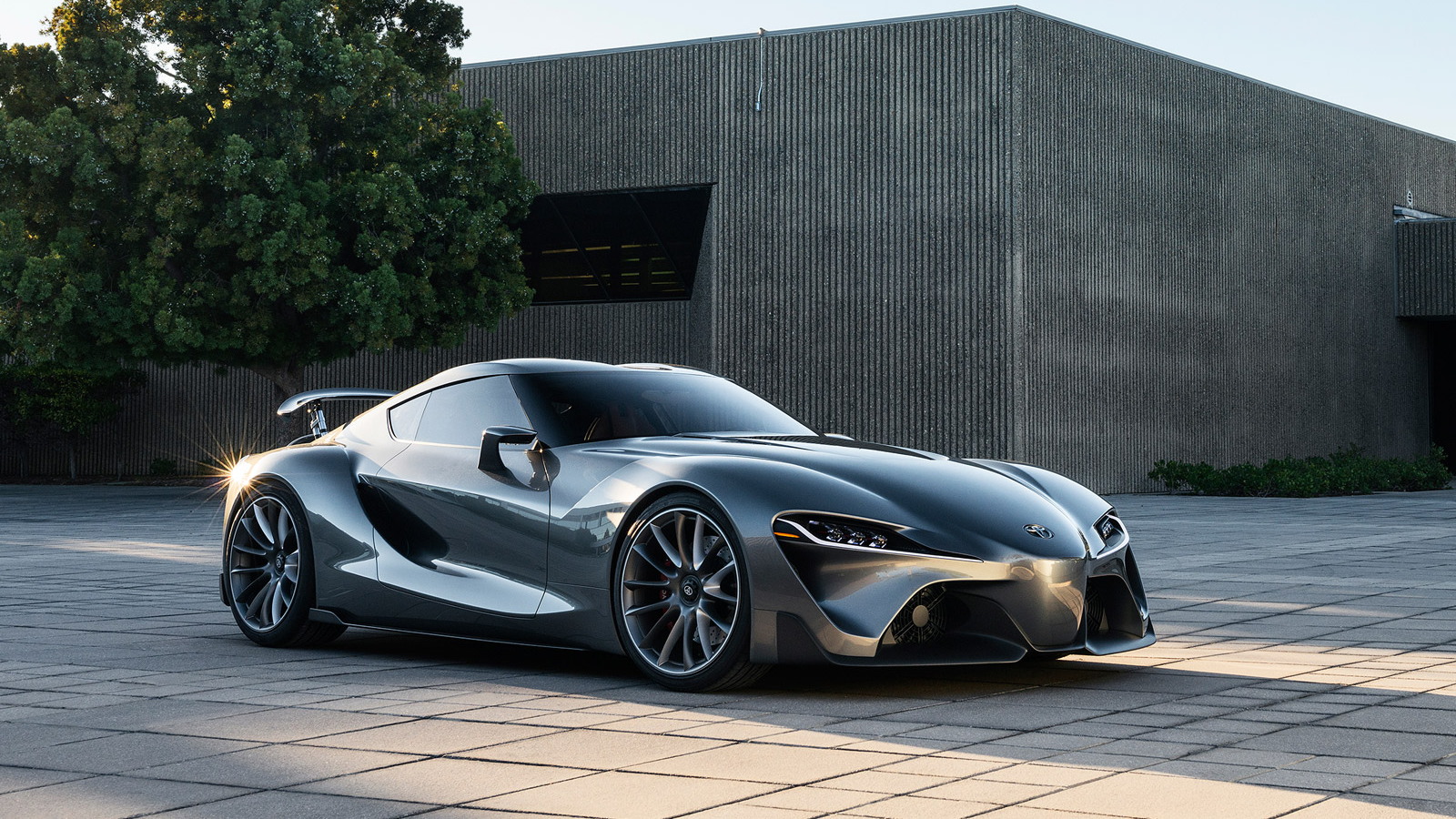 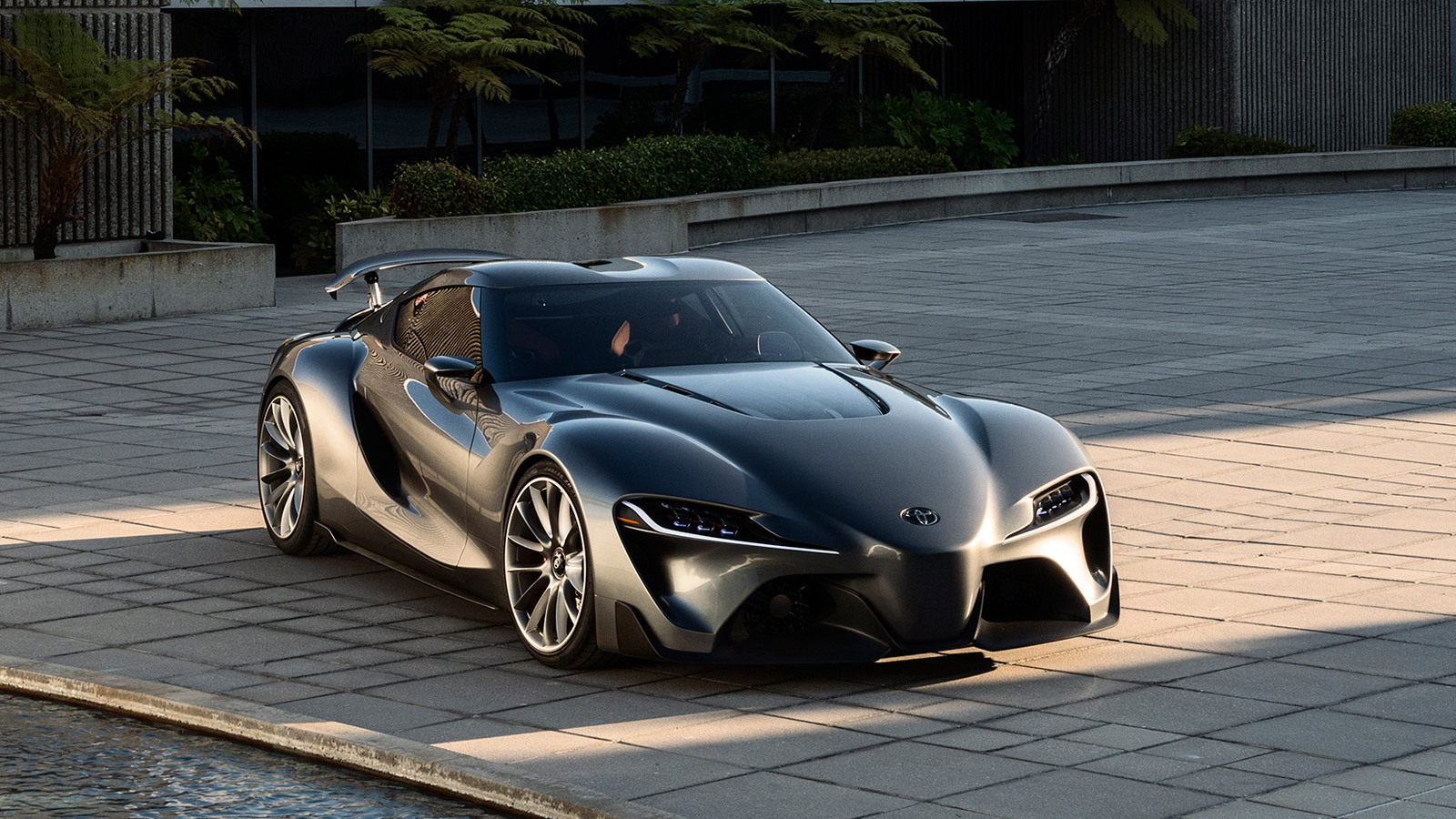 Toyota has revealed two new versions of its stunning FT-1 sports car concept, which is thought to preview the look of an upcoming Supra successor as well as lay the groundwork for the design of future models from the Japanese automaker. The original FT-1 concept was shown back in January at the Detroit Auto Show; one of the new versions will be shown at a Monterey event coinciding with this weekend’s Pebble Beach Concours d’Elegance while the other will remain in virtual form only, at least for now.

We already knew the virtual version, which is dubbed the FT-1 Vision Gran Turismo, due to its association with the 15th anniversary celebration of the Gran Turismo video game series, was coming. But the second car, which features a graphite exterior hue, is quite the surprise. Toyota calls this additional version an “upscale interpretation” of the FT-1 and the concept hints at what the Supra successor could offer buyers in terms of luxury and refinement.

The color of the interior also changes between the original and new FT-1 concepts, and the visual difference is striking. The original featured simple black trim that aimed to keep the driver focused on the road, while red painted edges and raw metals provided all the accents. In the new version, there is natural leather on the seat which is supple and has an all-natural grain that appears warm and inviting.

The FT-1 Vision GT is said to be a high-powered FT-1, although we still don’t know what’s powering the concepts other than there being some form of hybrid drivetrain beneath the pretty sheet metal. Toyota says the development of the race car concept for GT6 helped key executives, including company boss Akio Toyoda, get a better feel for the FT-1 prior to any of the concepts actually being built.

As for any production version of the FT-1, Toyota has only confirmed that it plans to launch a new sports car on a platform being developed with BMW, with the German automaker set to use the platform for its own sports car, believed to be a replacement for the Z4. Toyota has also renewed its trademark for the Supra name in the recent past, and shown off a high-performance hybrid system in concept form.