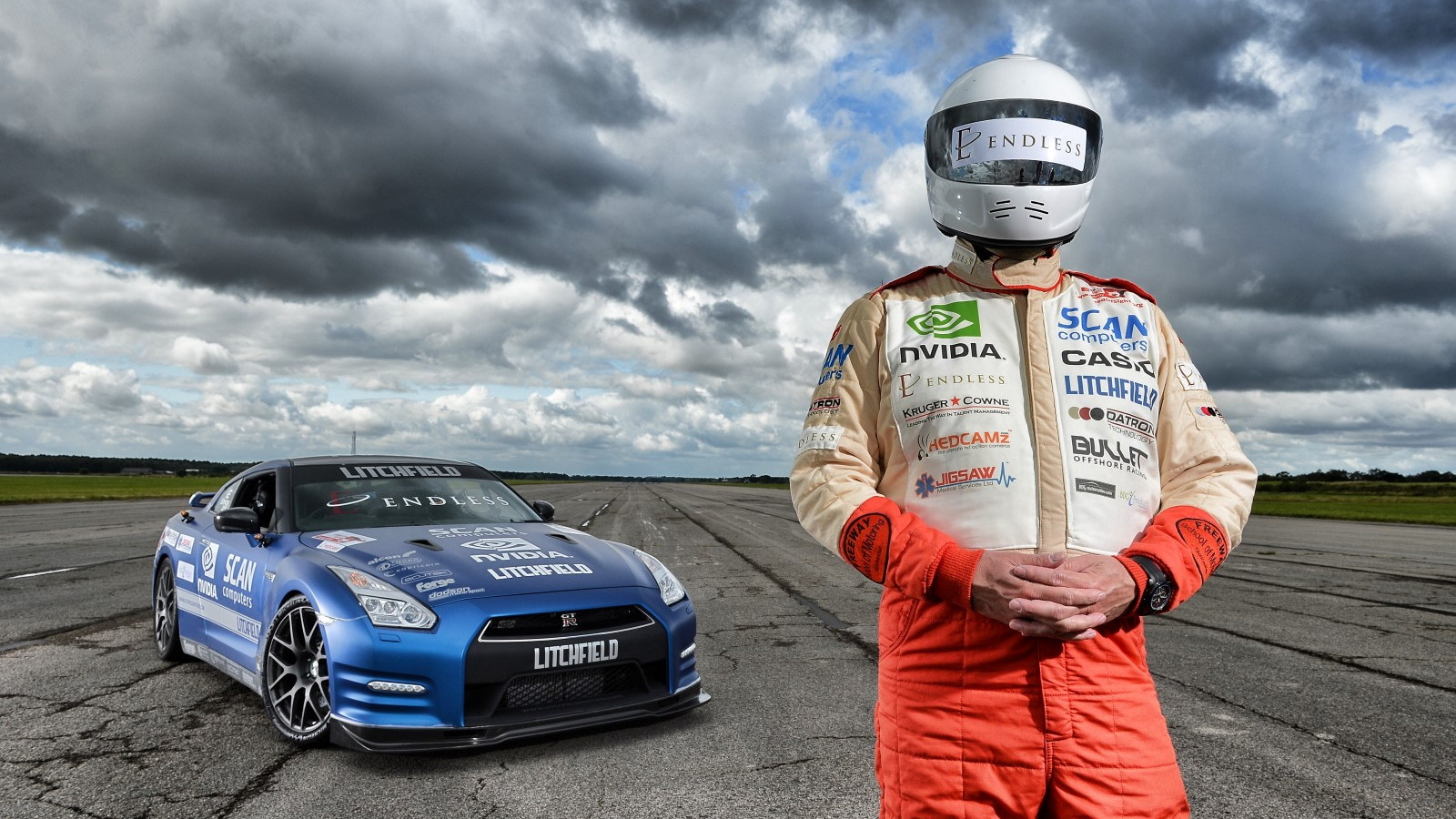 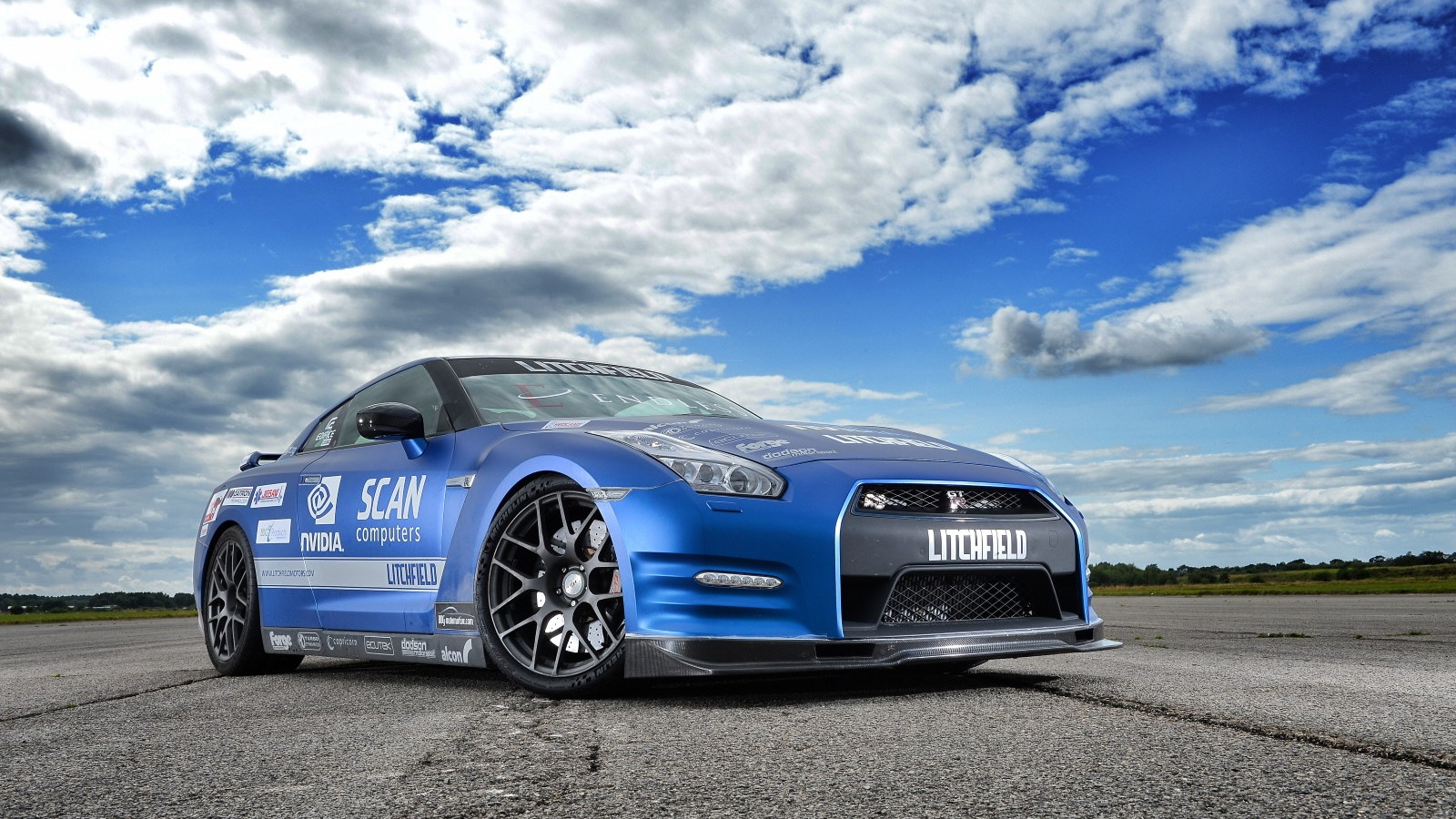 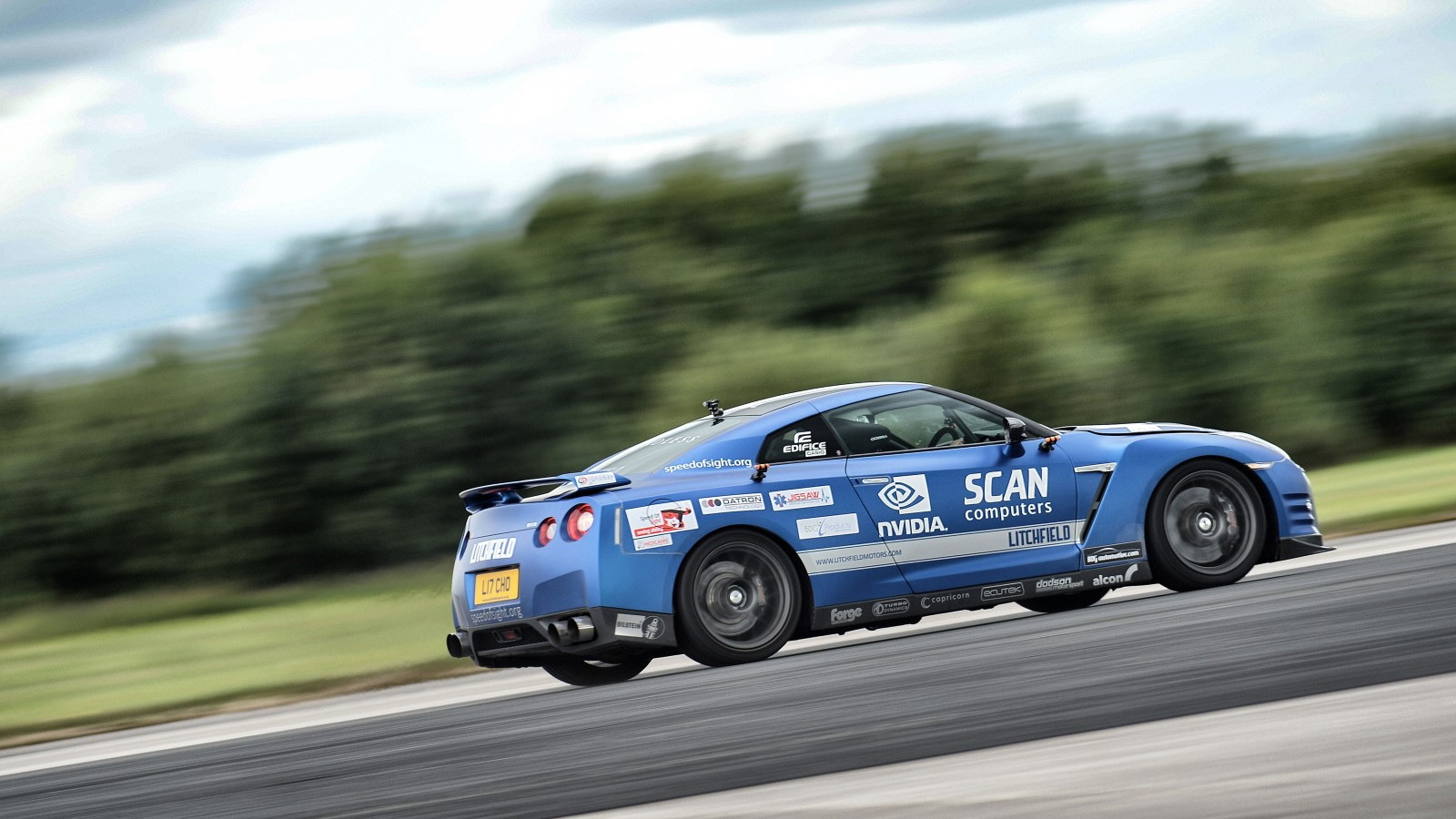 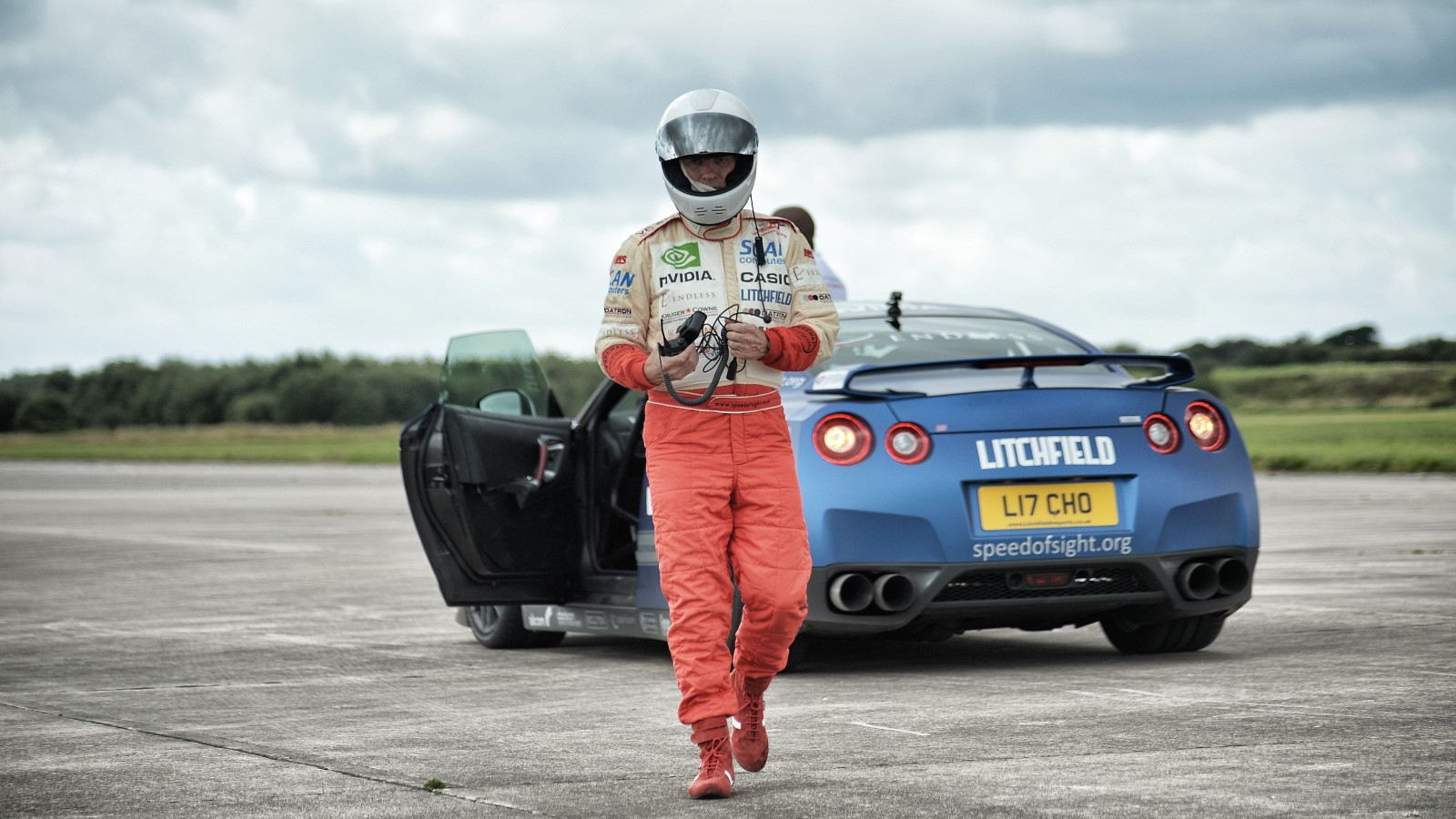 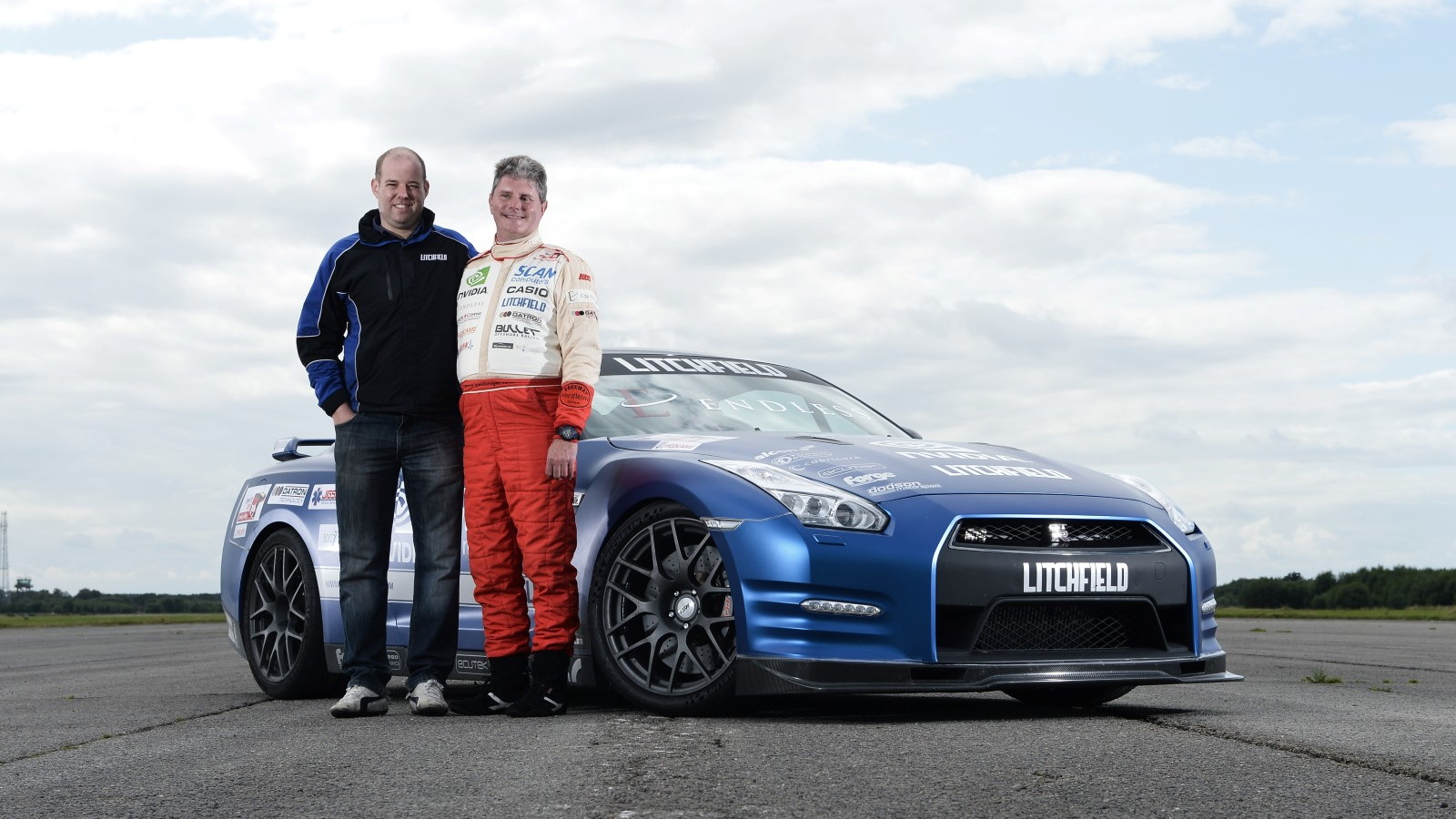 A man from Manchester in the U.K. appears to have set a new land speed record for blind people. 52-year old Mike Newman achieved an average of 200.9 miles per hour over two runs.

Newman previously held the blind land speed record, following a 186 mph run back in September 2013 at the Bruntingthorpe Proving Ground, an old military airfield. The venue for the latest record attempt was Elvington airfield in North Yorkshire—the venue where Top Gear star Richard Hammond nearly ended his life in a rocket car accident.

No such problems befell Newman though, at the wheel of an LM1000 GT-R 1—a Nissan GT-R ramped up to a thousand horsepower by British tuning firm Litchfield. Newman's father provided navigation guidance over radio to help him keep to the center of Elvington's runway, once used by bomber aircraft in World War II. The team had Mike accelerate to 150 mph over the first half of the runway for safety reasons, before giving him the go-ahead to aim for the 200 mph mark.

"I am feeling ecstatic" Newman told the BBC. "It still hasn't sunk in, really. I have been chasing this dream for 11 years." Litchfield founder Ian Litchfield also offered his congratulations, adding "I’m just so pleased that we have been able to help Mike reach his lifetime goal of being the first blind man on the planet to exceed 200mph!"

The former banker, who was born with glaucoma and now runs a charity called Speed of Sight, is no stranger to speed records—not only did he hold the previous blind speed record on land, but last November he also set a water speed record of 93 mph, beating the old 91 mph record. Information on the latest record will be sent to the Guinness Book of Records for authentication.