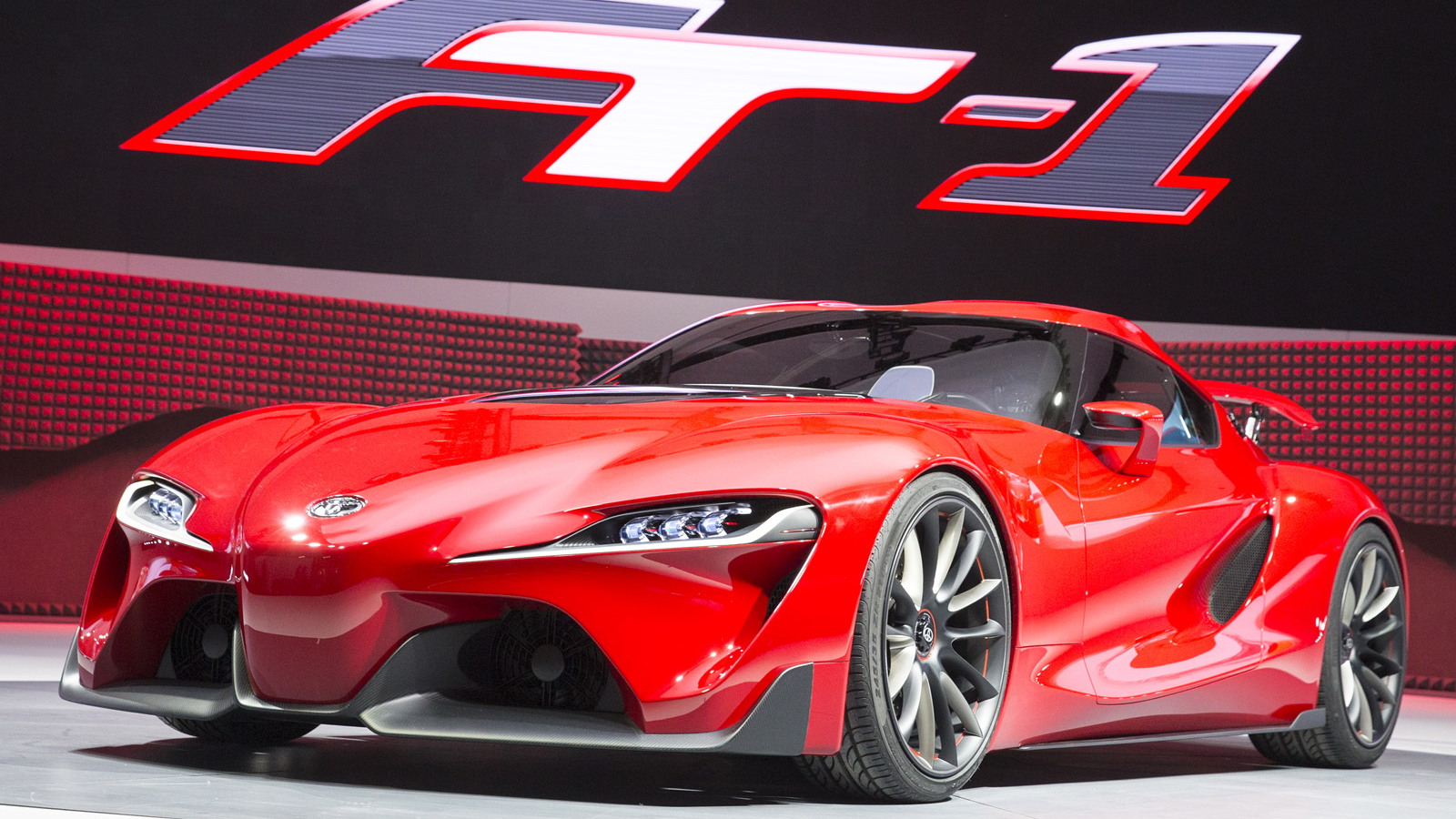 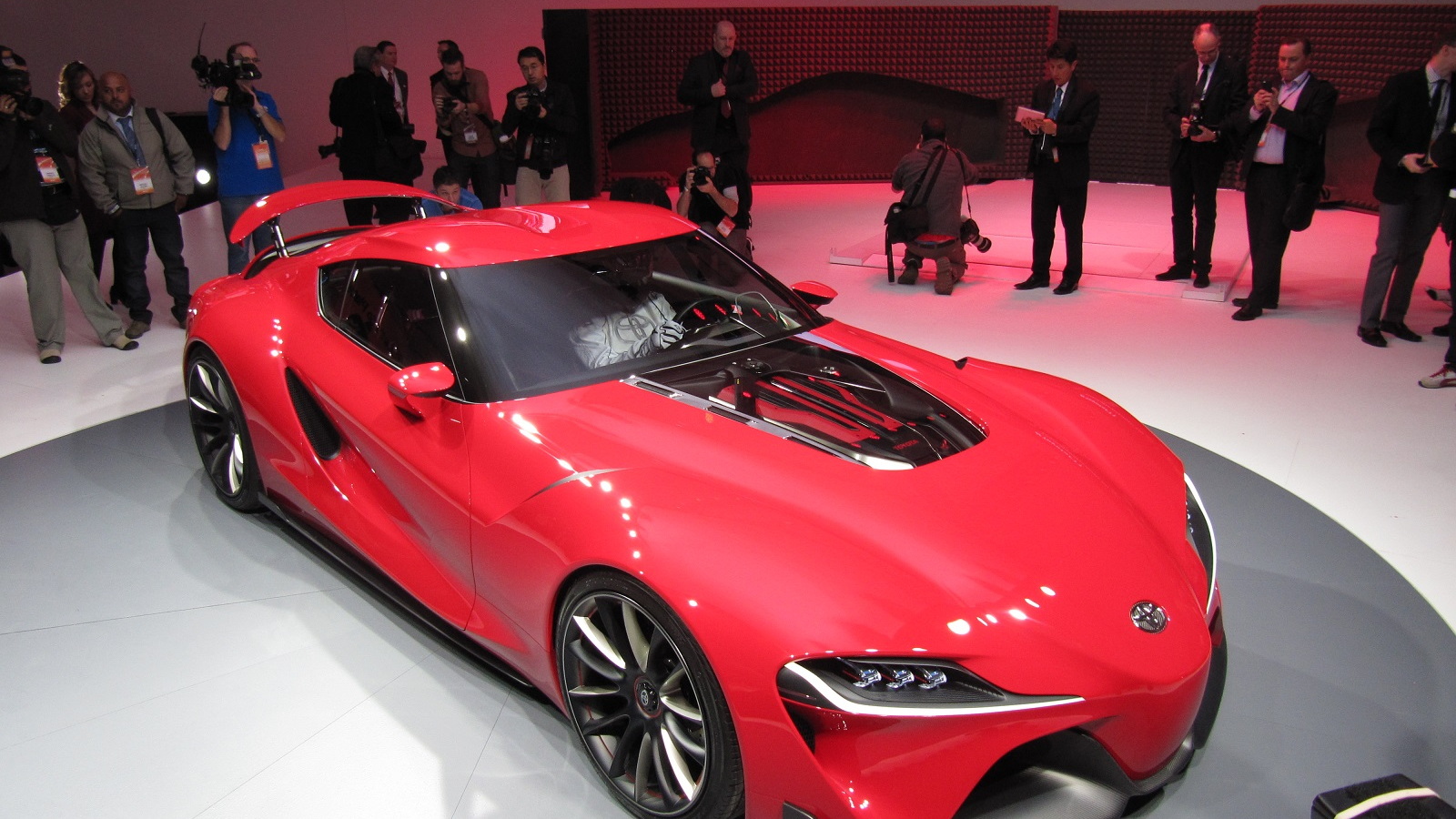 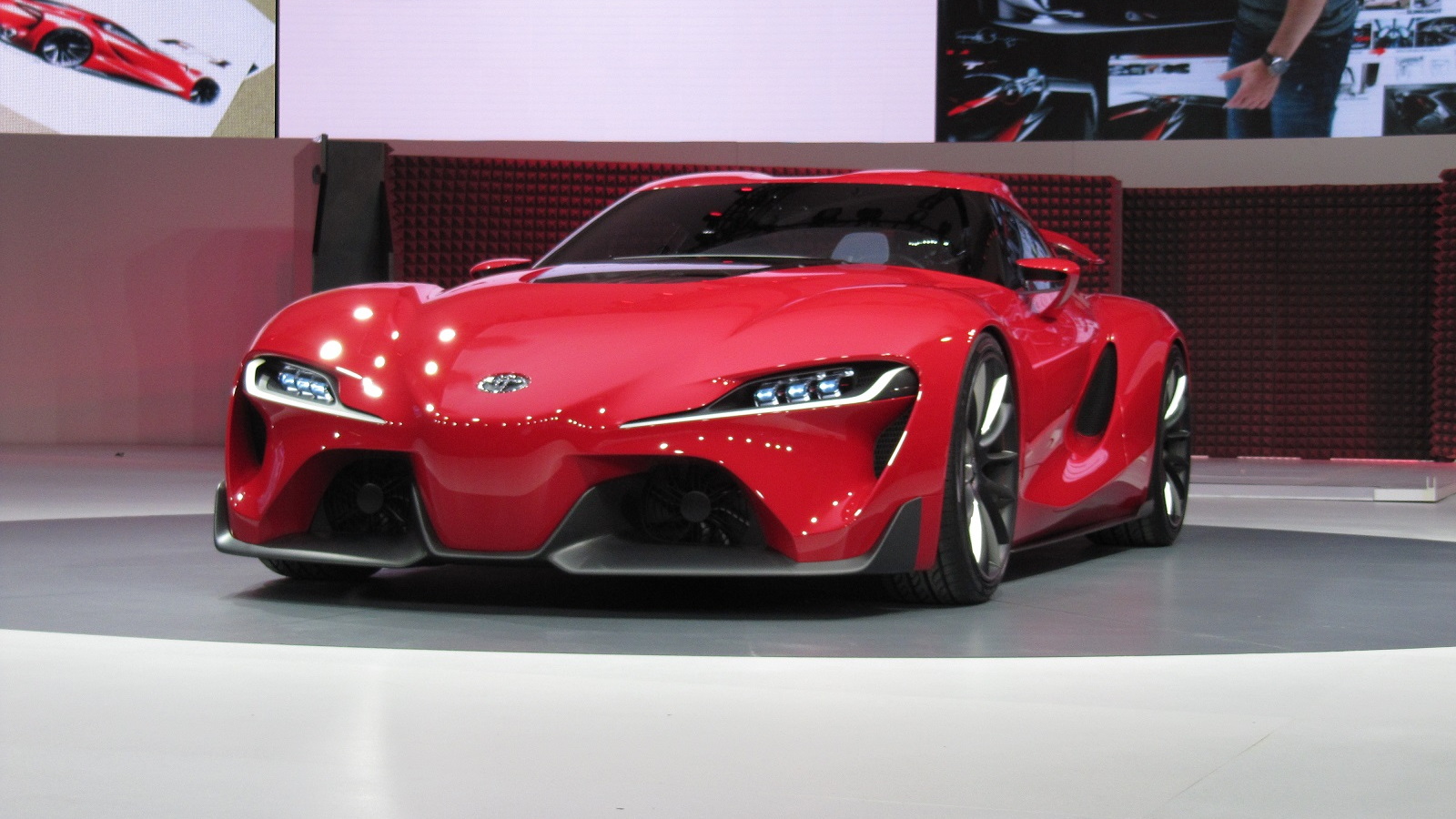 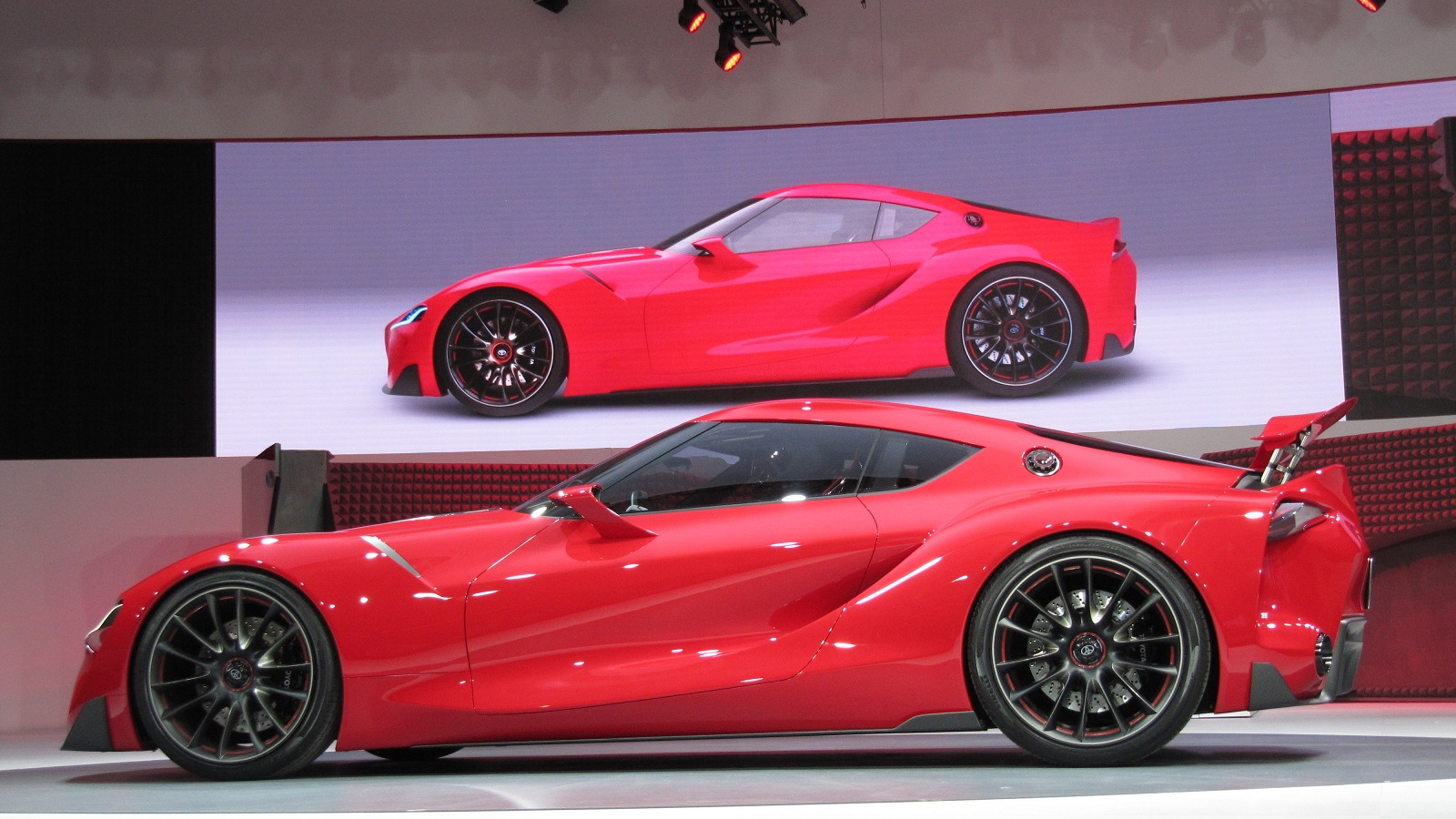 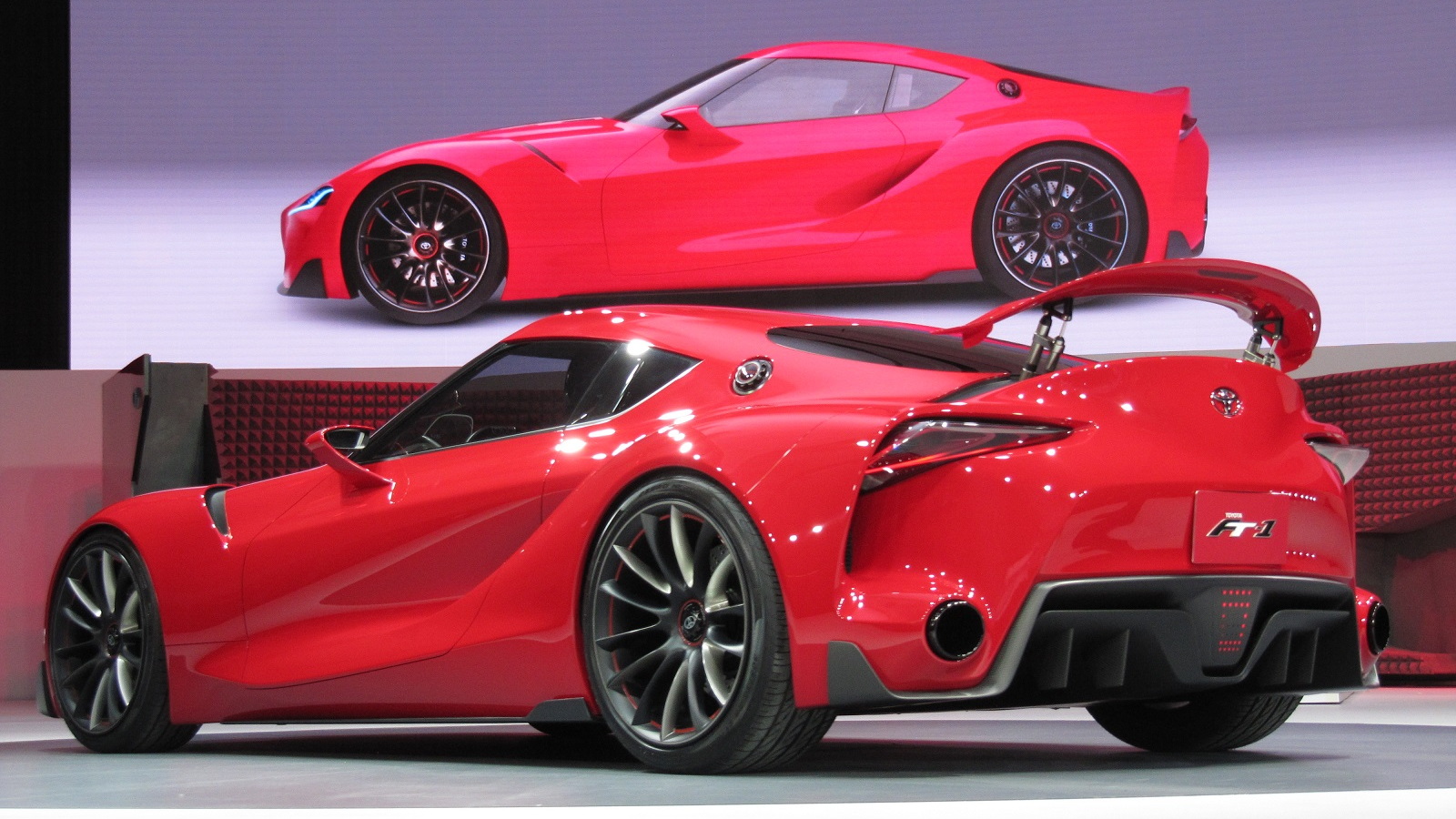 Car enthusiasts have been clamoring for a replacement for Toyota's iconic Supra for years now, and the Toyota FT-1 concept unveiled at the 2014 Detroit Auto Show is our best look yet at just such a car. The work of America's own Calty Design Research, the FT-1 steps away from Toyota's more eco-friendly concepts of late and delivers something truly exciting--a powerful, agile sports car with sensuous curves and a focused interior layout. Gearhead Toyota boss Akio Toyoda gave designers a simple but important motive before they set to work on the car: Make it cool.

Calty has a long and illustrious history of producing interesting designs--it's previously worked on the original 1978 Celica, the Lexus SC400, the Supra and the FT-HS concept--and the FT-1 concept is no different. The profile is long and low, the low nose leads into an extended hood, and the concept features powerful rear haunches for the traditional sports car stance. One of the designers' main goals was to create a form that looked sculpted by the wind and by speed, at once remaining functional--hence the large air intakes either side of the extended nose, and the deep side intakes aft of the doors.

While hard to tell from some angles, that black area on the hood isn't just paint, either. Like on many supercars, the FT-1 features a glass panel to allow a glimpse at the internal combustion engine below. There are large alloy wheels, a deep front spoiler and a pronounced kick to the rear end, not dissimilar from the aggressive, cab-back shape of American sports cars like the Corvette and Viper. For the car's glasshouse, there's more than a passing nod to one of Toyota's most celebrated models--the stunning 2000GT.

Inside there's functional minimalism. Light weight is the order of the day, with padding only where it's needed and a 'slingshot' cockpit design, where all the controls are tightly packed around the driver's position. There's a jet fighter-style head up display above the steering wheel and most of the minor switchgear is located on the wheel itself, letting the driver keep their hands on the wheel. If this is beginning to sound like a video game, then you aren't far off--Toyota and Calty have collaborated with the creators of the Gran Turismo game series, and the FT-1 is soon to feature in the latest installment, Gran Turismo 6.

Toyota says the car is symbolic of a new chapter in Toyota's design standards, boss Toyoda adding that the company now aims to create cars that people want--cars they simply have to drive. If that means a new Supra to join the smaller GT 86 in Toyota's lineup, that's okay by us.

For more from the 2014 Detroit Auto Show, head over to our dedicated hub.