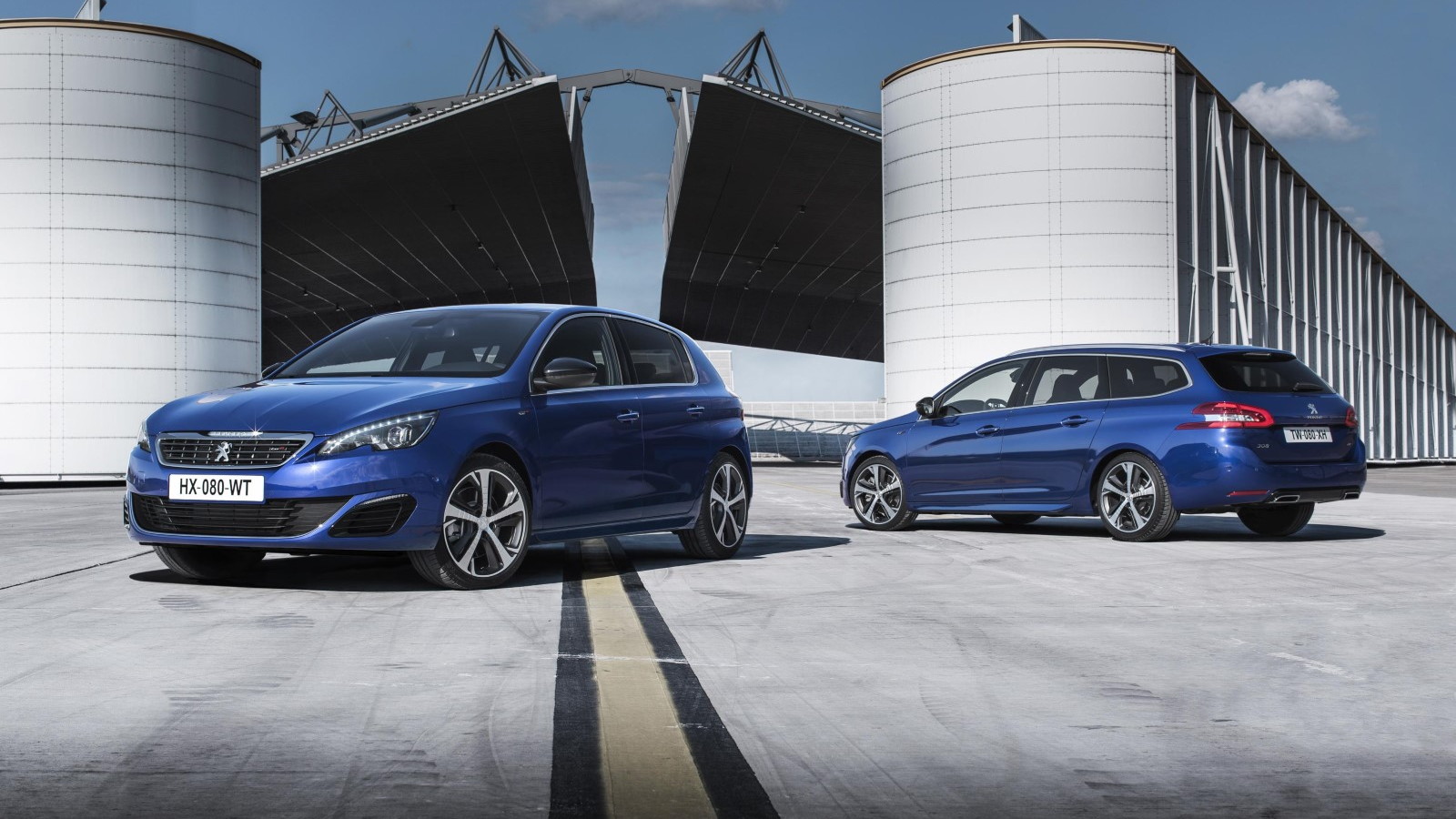 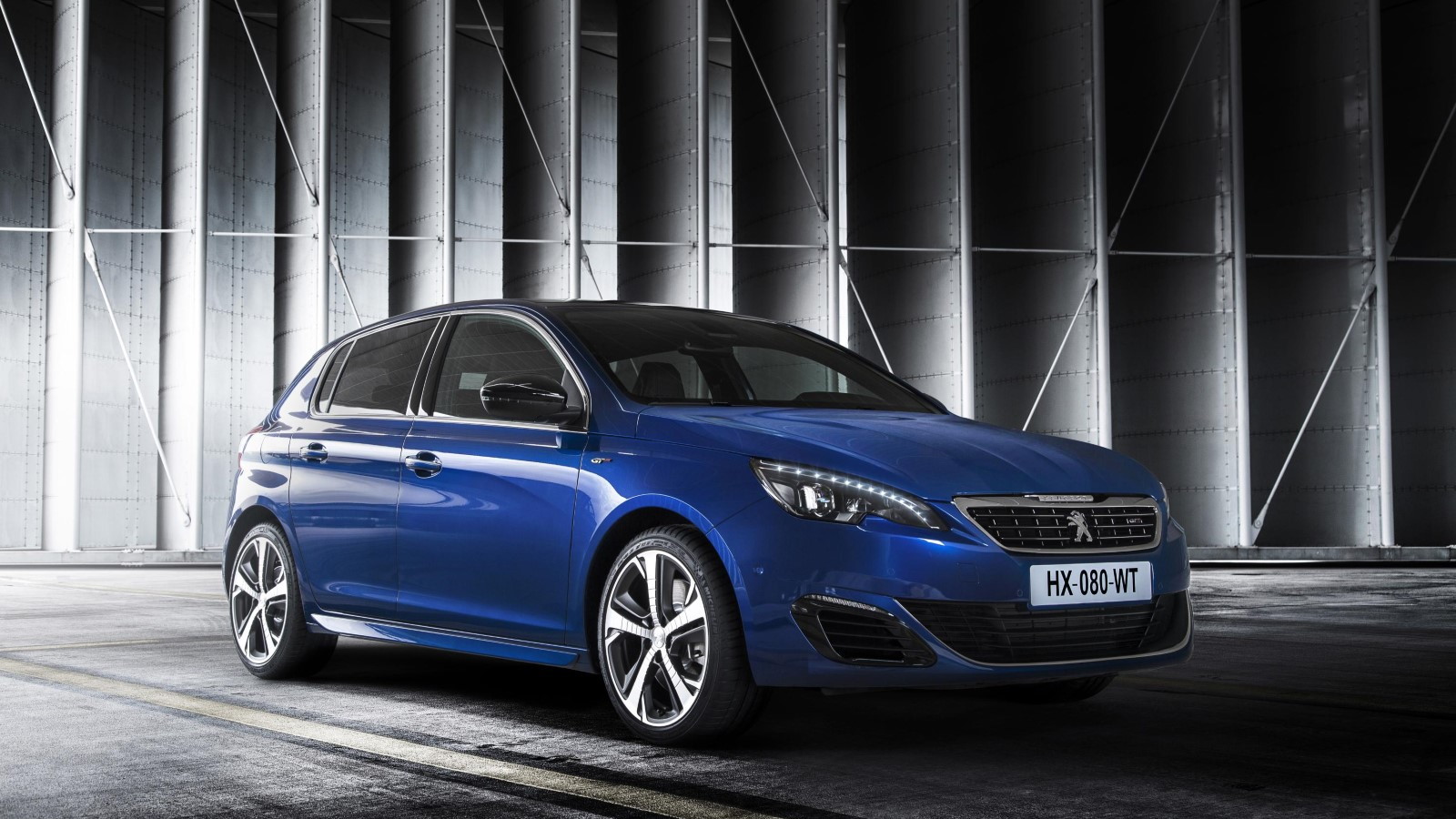 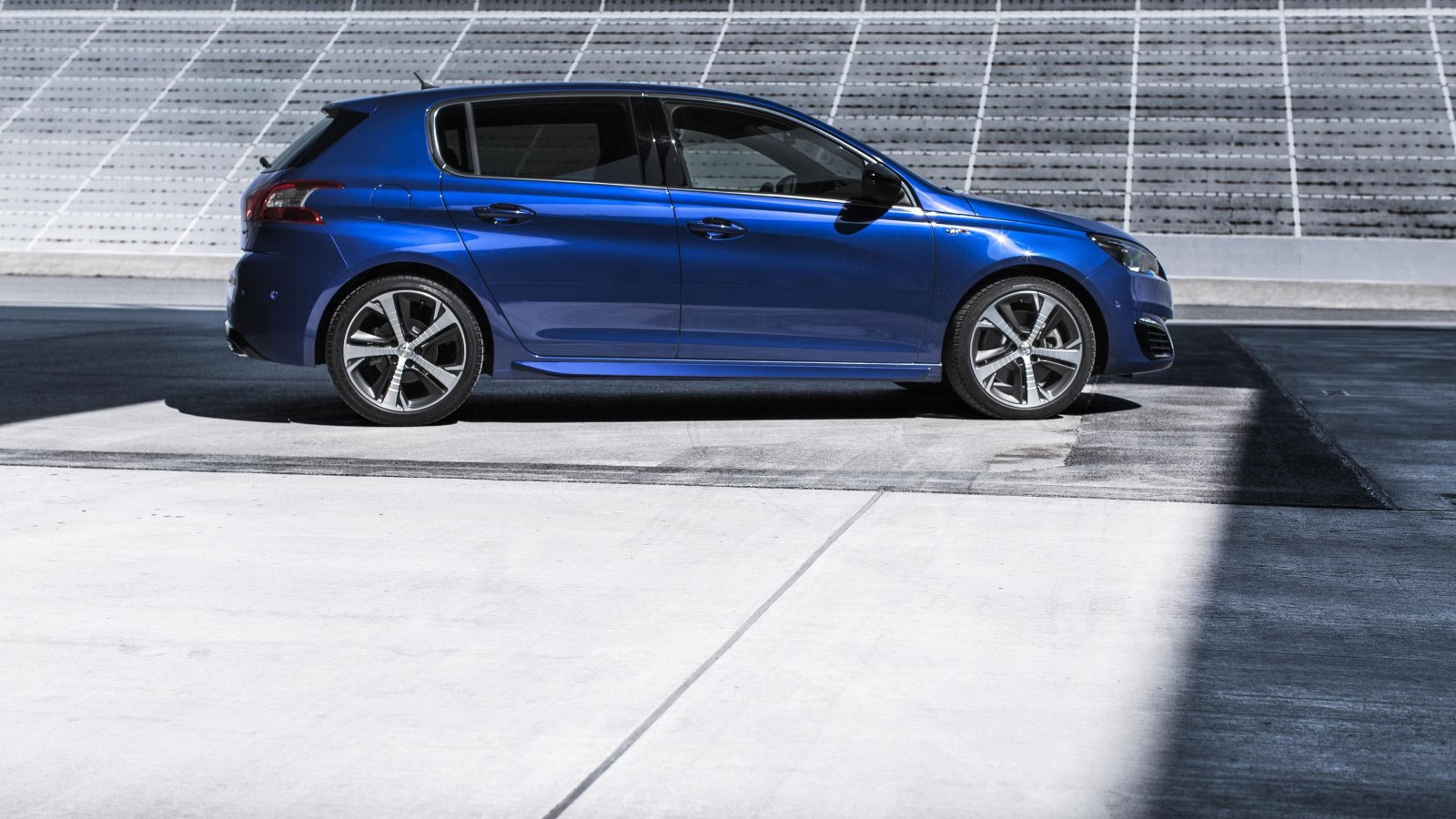 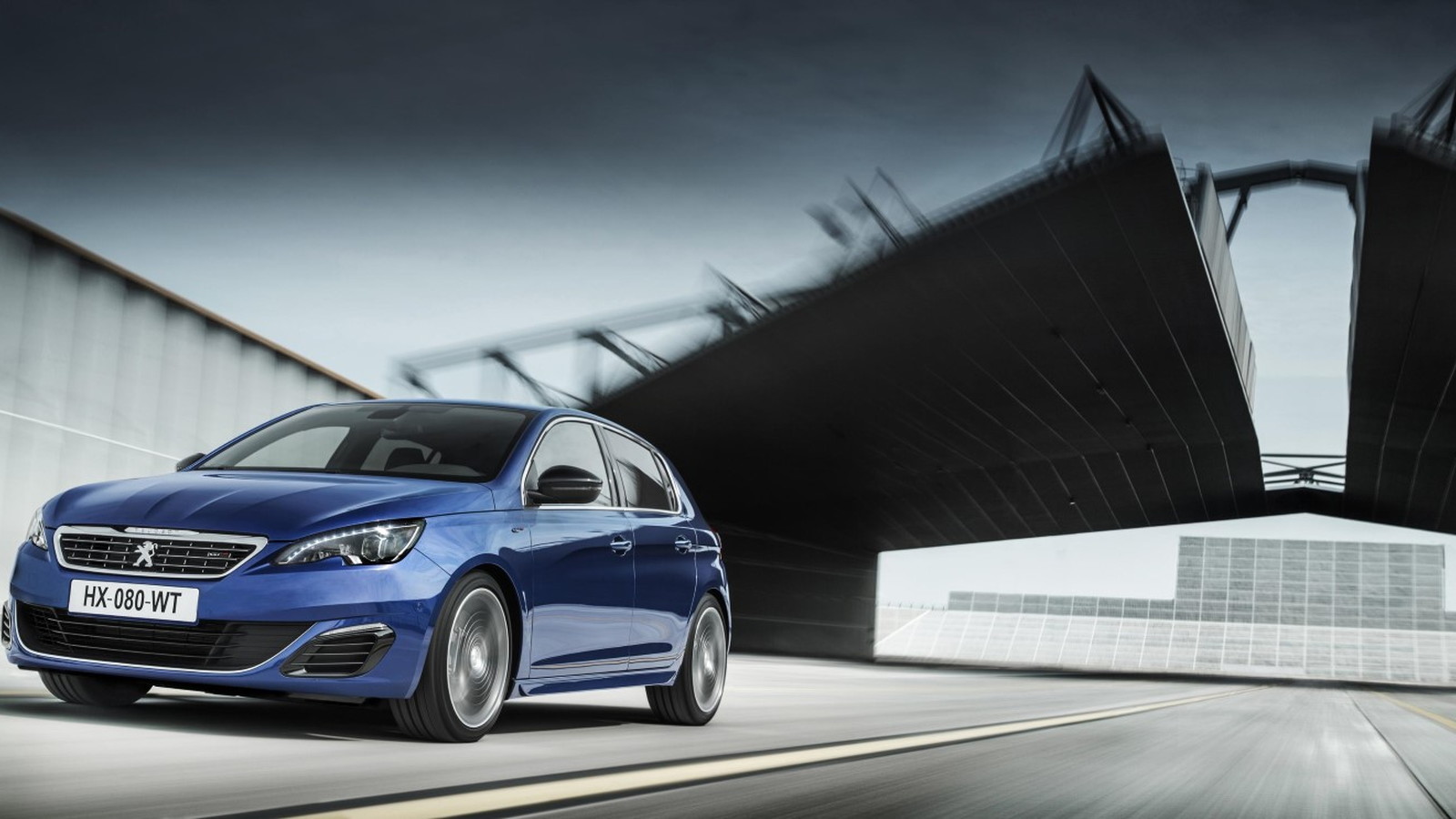 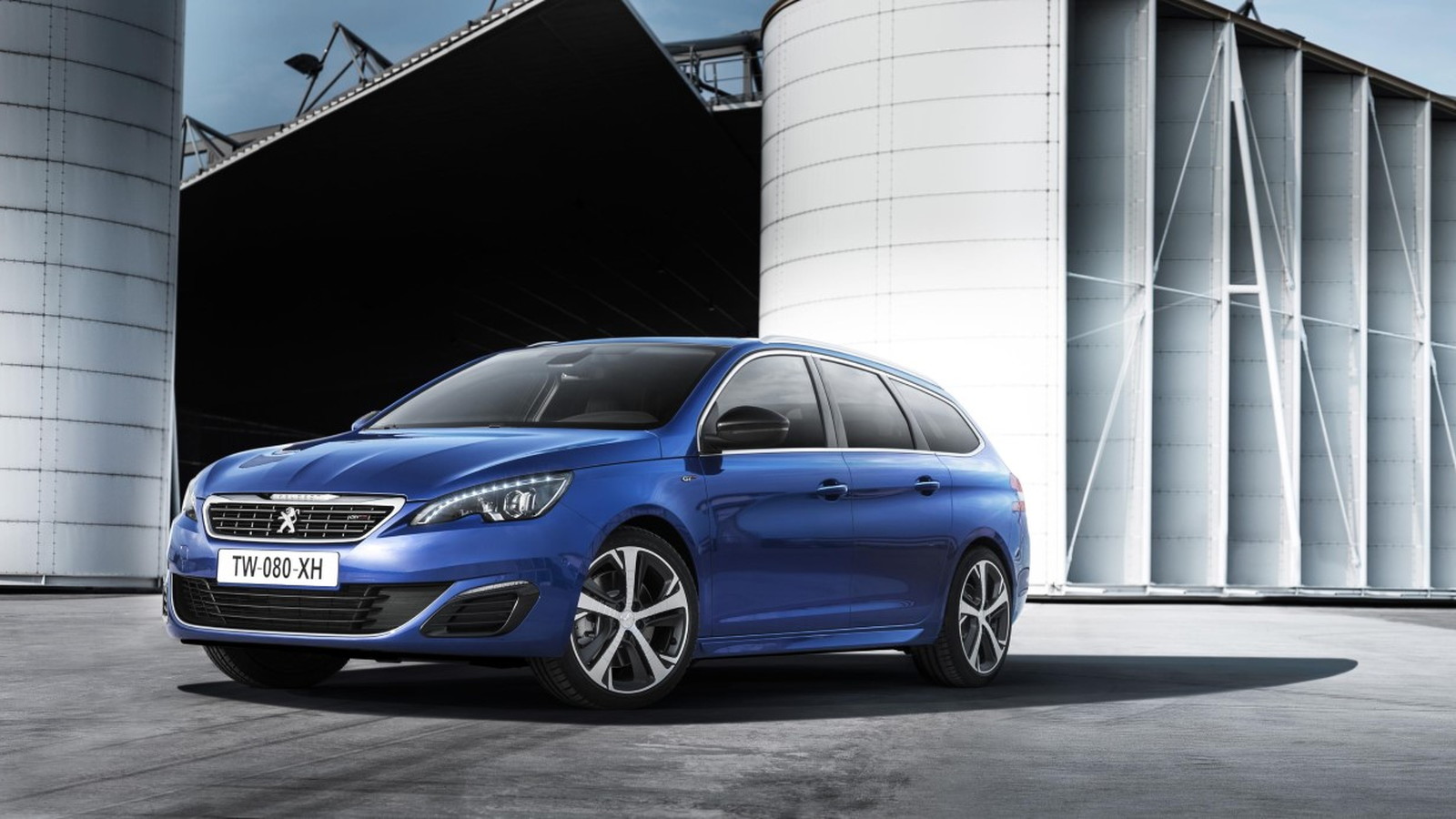 Most people associate the acronym GTI with Volkswagen, but French automaker Peugeot has a long and possibly even more illustrious history with those three letters than even VW. GTI has graced the rump of some of the best-ever hot hatchbacks (and even a few sedans, in the 1980s) and more recently, the sporty 208 GTI.

What it hasn't graced is the back end of the firm's latest compact, the 308. Instead, Peugeot has created the 308 GT—a 205-horsepower gasoline and 180-horsepower diesel take on the handsome four-door hatch. That's not quite the hot GTI we were expecting from the spy shots, but the 308 GT is an appealing package nevertheless.

At its heart is a 1.6-liter THP turbocharged gasoline unit, as found in the smaller 208 GTI (and the previous-generation MINI Cooper S), developing a healthy 210 pound-feet of torque between 1,750 and 4,500 rpm. Happily, Peugeot has seen fit to attach the four-cylinder lump to a six-speed manual gearbox, just as it has in other recent sporty models like the 208 GTI and RCZ-R—no flappy-paddle 'box to be found. The diesel, a 180-hp, 295-lb-ft 2.0-liter unit, gets a six-speed automatic as standard and a European economy figure of nearly 59 mpg.

Neither benchmark 0-60 mph figures nor a top speed is quoted for either engine, but Peugeot does offer a taster of the diesel's punch in the car's 5.5-second 50-70 mph acceleration in fifth gear. Each car gets suspension tweaks over the standard 308, the 2014 European Car of the Year winner, with passive variable-rate shocks, hydraulic bump stops, 10-20 percent stiffer rear suspension (depending on the model) and Michelin Pilot Sport 3 tires. These are wrapped around a new 18-inch alloy wheel design, while hefty 330-millimeter front and 268-mm rear rotors bring it down from speed.

Visual changes to the handsome 308's shape amount to a grille-mounted (rather than hood-mounted) badge, all-LED headlights (with LED daytime running lights), tinted glass, black-colored door mirrors, sill extensions, a rear diffuser with twin tailpipes and GT badging. There's also a new range of colors (including the Magnetic Blue seen here) and inside, the usual cocktail of dark trim, aluminum details and red stitching. Perhaps best of all, all this can be applied to the 308 SW wagon too. Less fortunate is that, like all Peugeots, this little hatch will have to remain forbidden fruit...