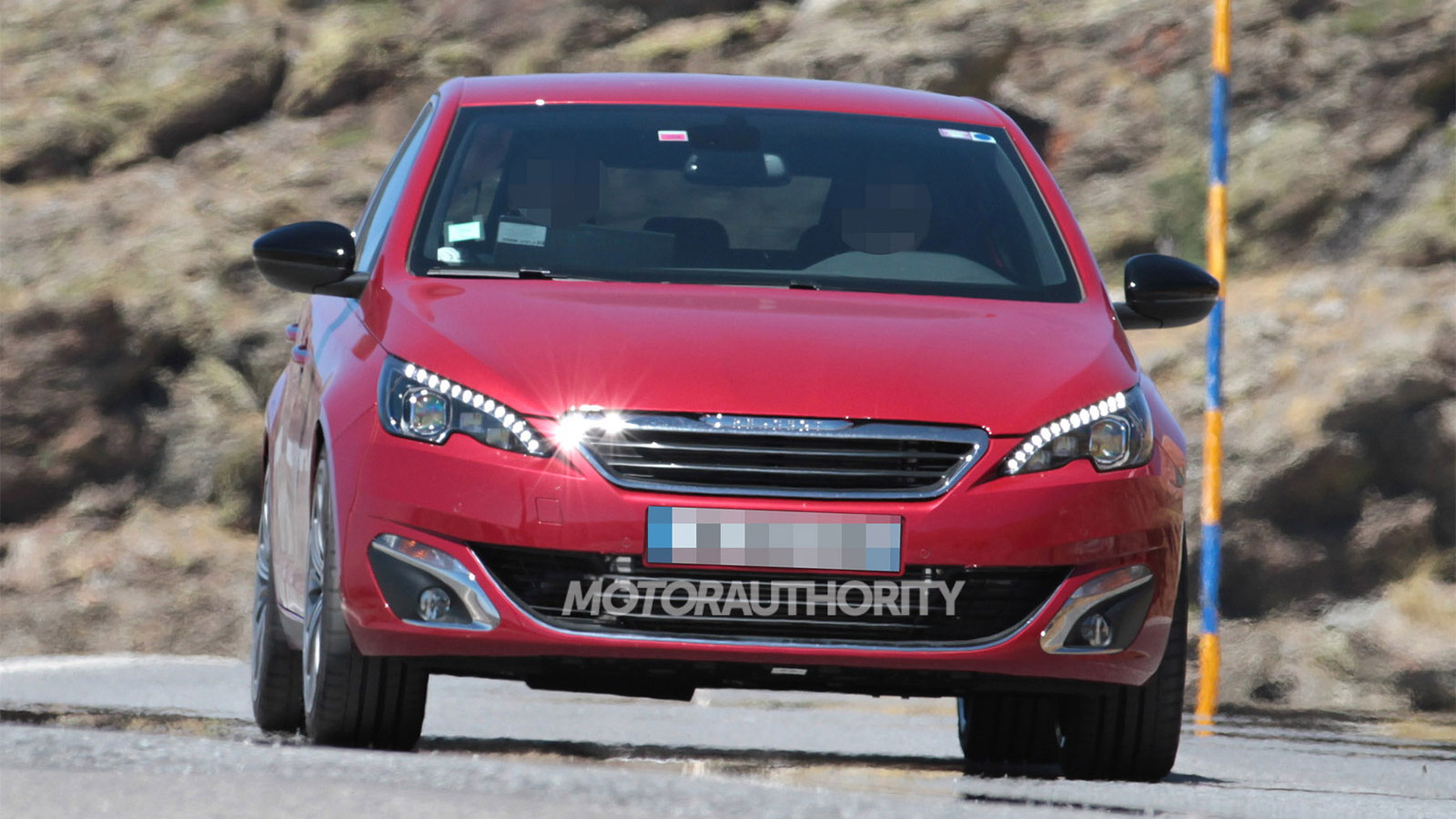 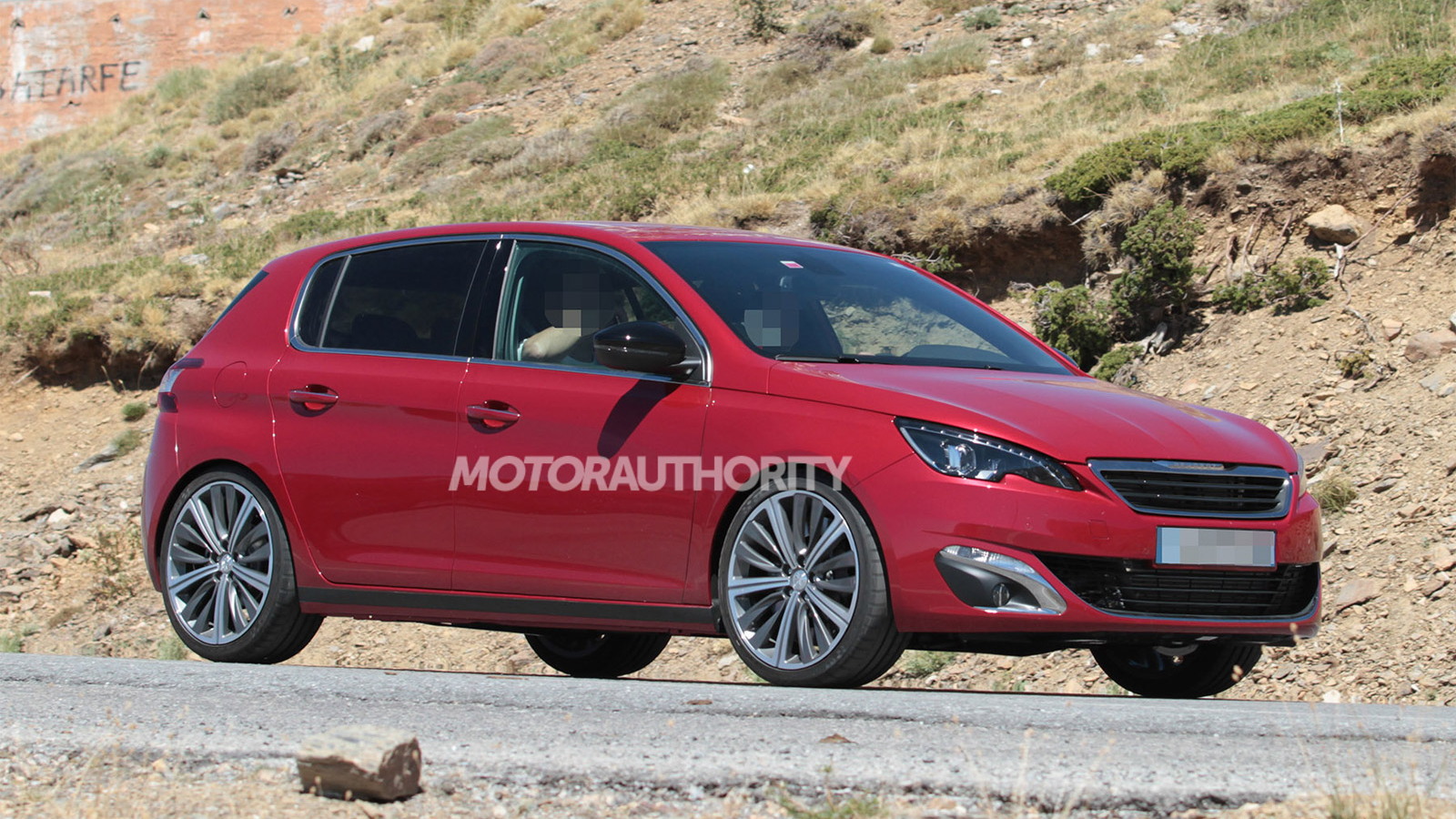 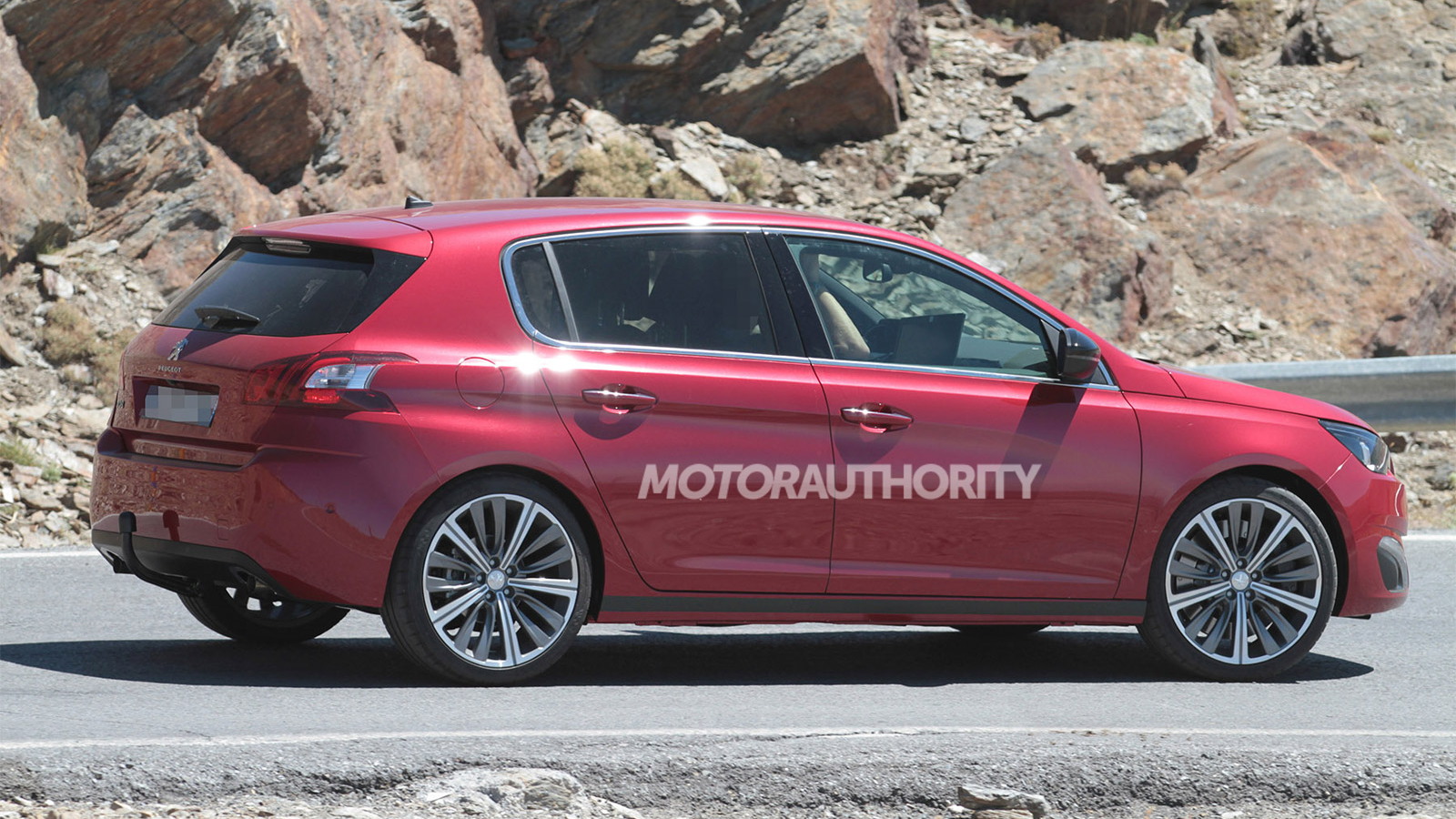 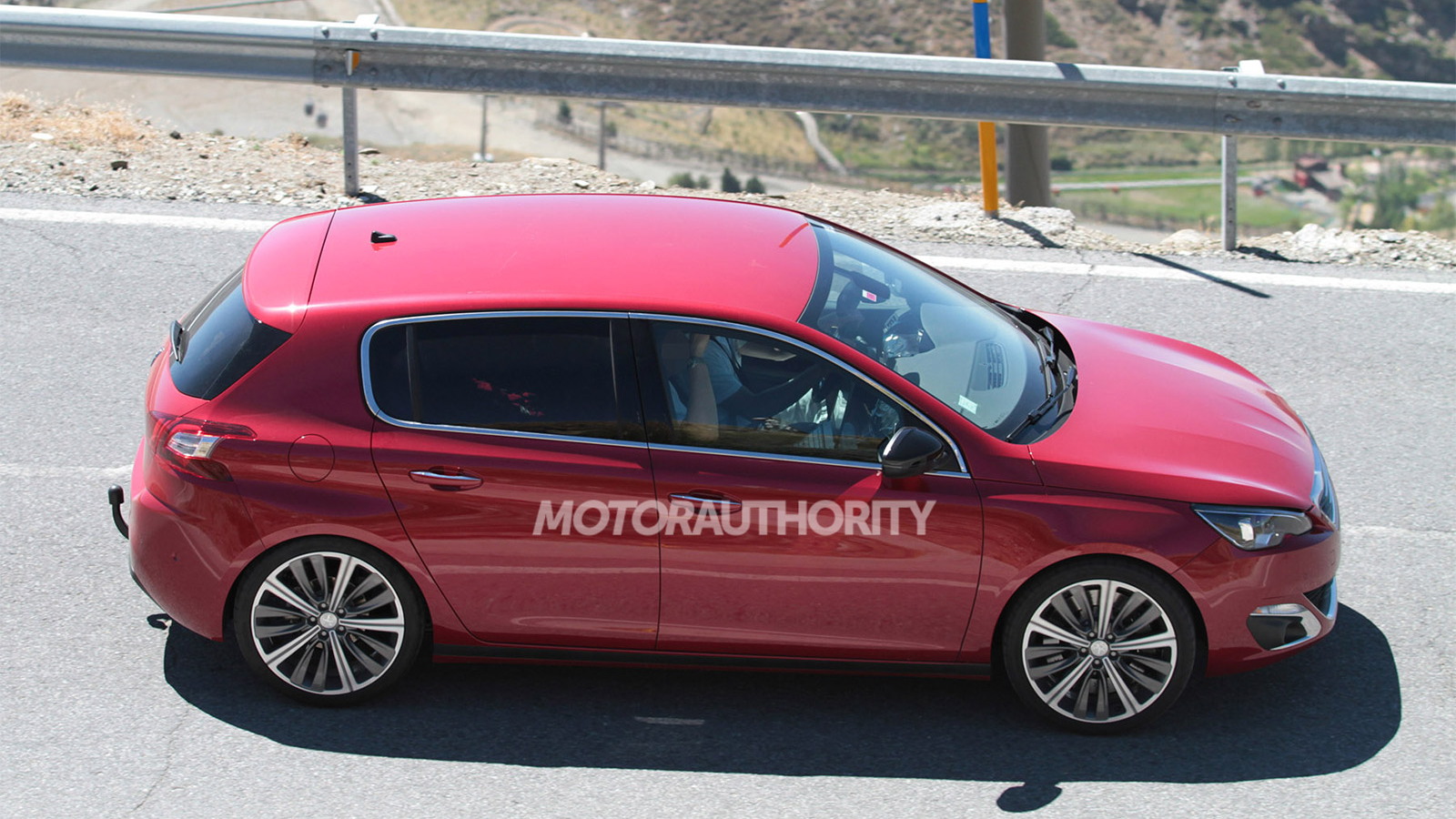 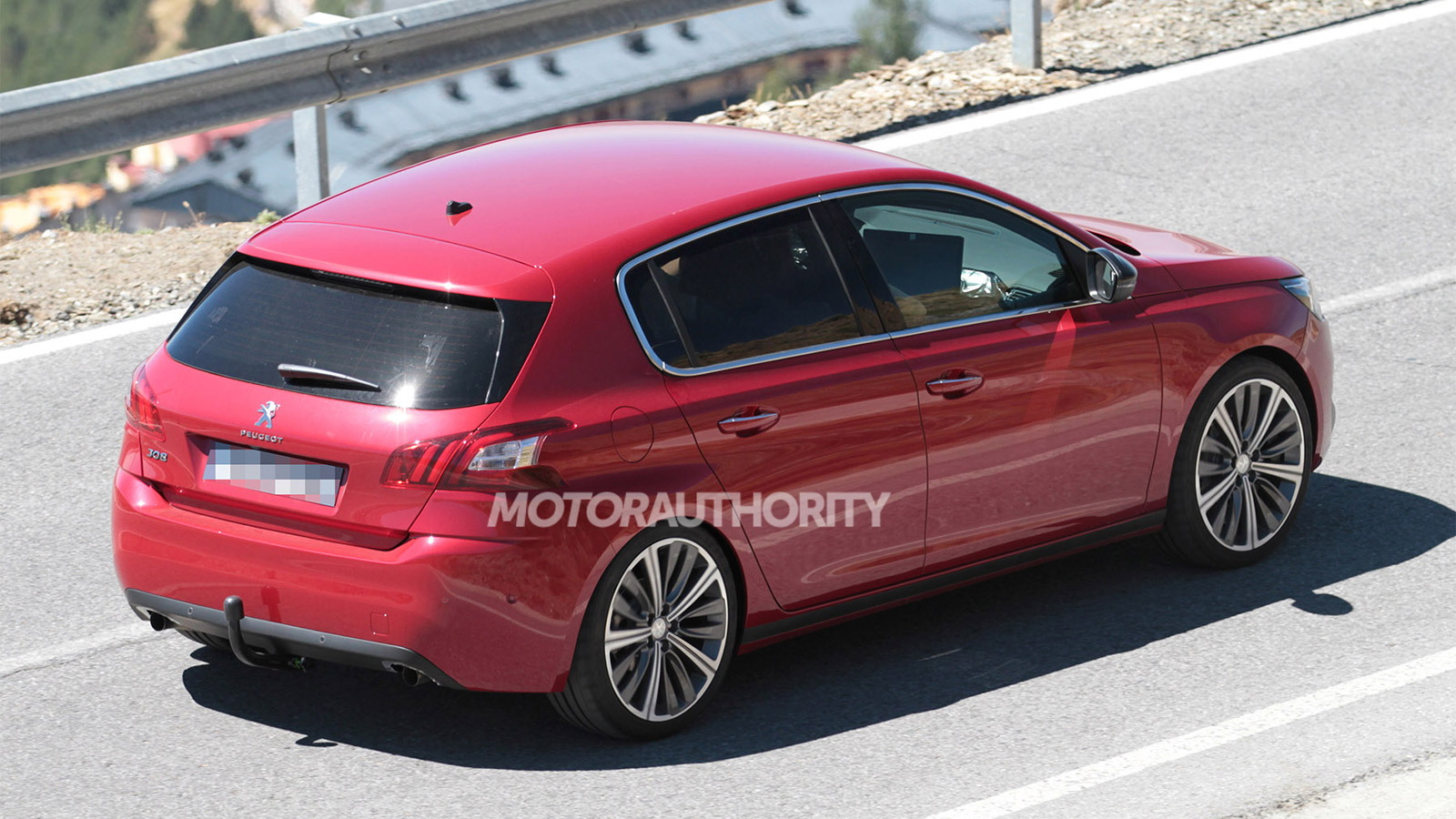 Peugeot has been slowly expanding its lineup of performance offerings, initially launching a new 208 GTI in 2012 and then following it up with an R-badged version of its RCZ coupe a year later. Soon, we’ll be seeing a hotted-up version of the automaker's 308, 2014’s European Car of the Year, which has been spied once again in prototype form.

Peugeot used the 2013 Frankfurt Auto Show to present a high-performance 308 R concept, which borrowed the 270-horsepower 1.6-liter four-cylinder engine from the aforementioned RCZ R coupe. While the prototype seen here features elements inspired by those on the 308 R concept, we’re more likely to see Peugeot badge this car a GTI and reserve the R status for an even more potent model down the track.

Clear giveaways that this is the performance variant of the 308 are the uprated wheels, tires and brakes; enlarged intakes in the front bumper; and dual-exhaust tips. The car’s ride height is also much lower than that of the regular 308, and it’s possible the width of the track has been increased slightly.

Power will most likely come from the same 1.6-liter engine fitted to the RCZ R and 308 R concept, but will be detuned from a 270-horsepower rating to something nearer the 197 horsepower of the 208 GTI.

Peugeot is yet to offer all-wheel drive on any of its performance models, so it’s likely this 308 GTI will stick with the standard model’s front-wheel-drive system. A six-speed manual should be standard.

More details should surface as we approach the 308 GTI's reveal, possibly at the 2014 Paris Auto Show next month. Sadly, there's zero chance of the car being offered for sale in the U.S. market. Sales in other markets should commence in early 2015.