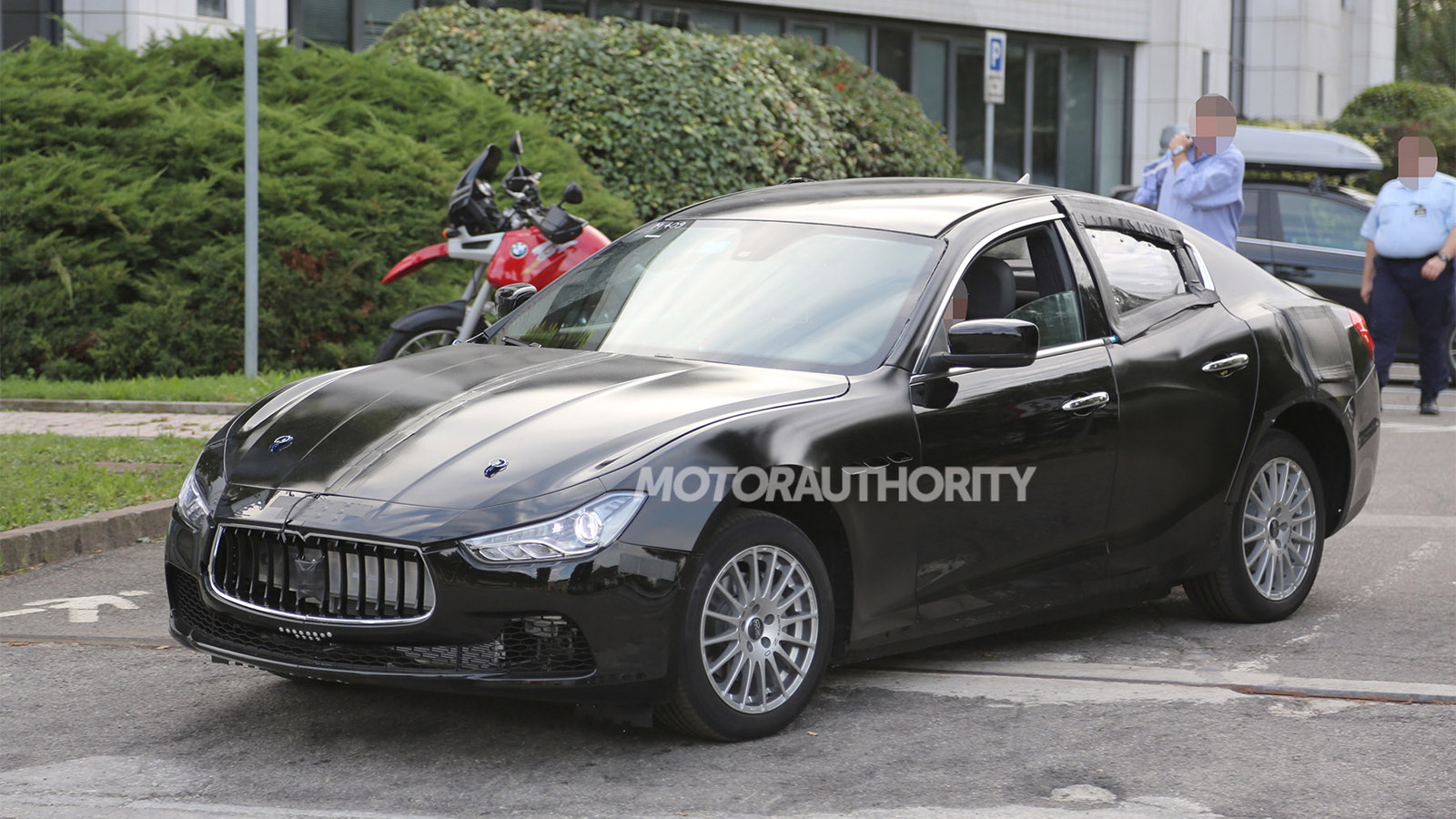 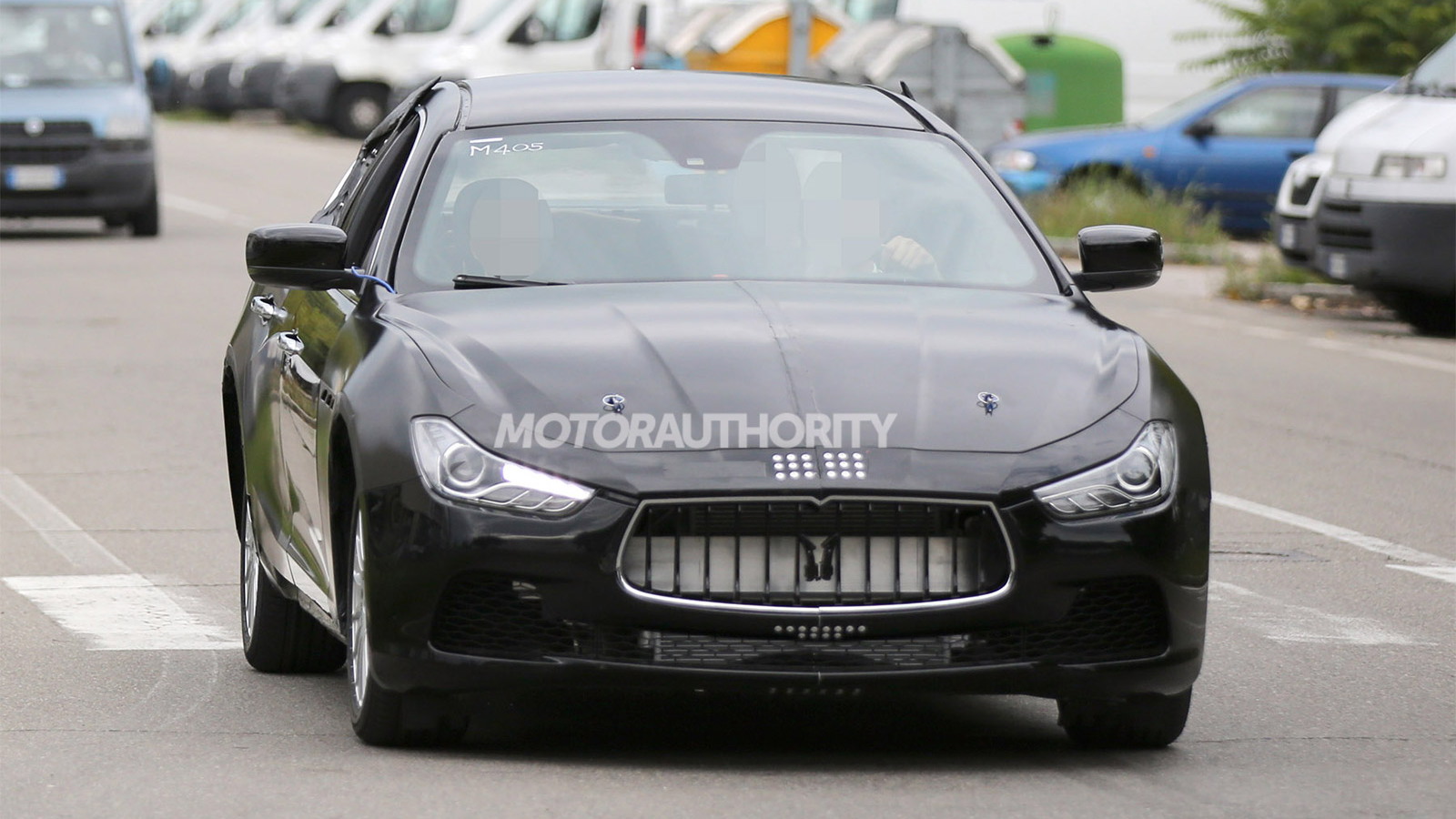 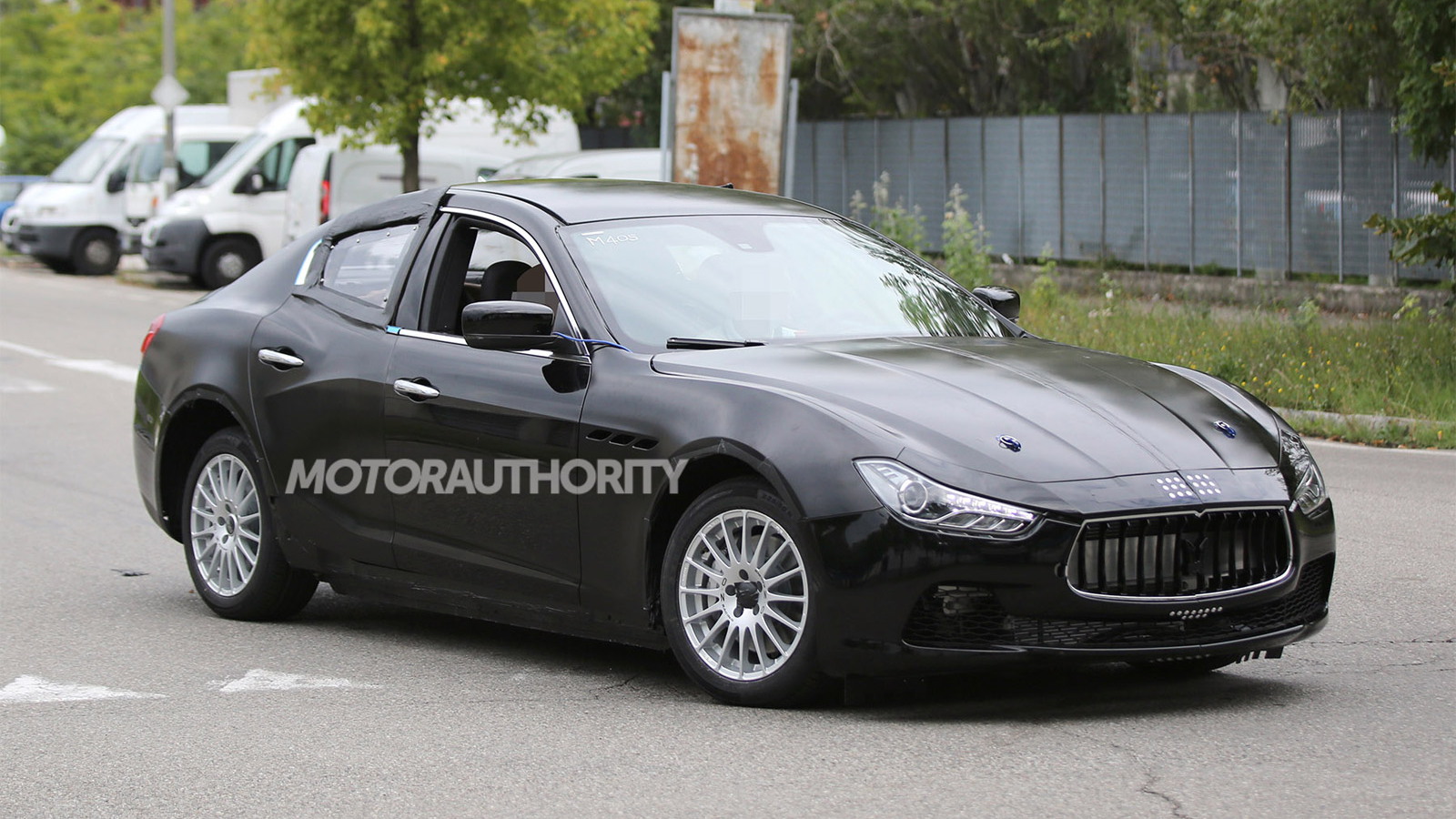 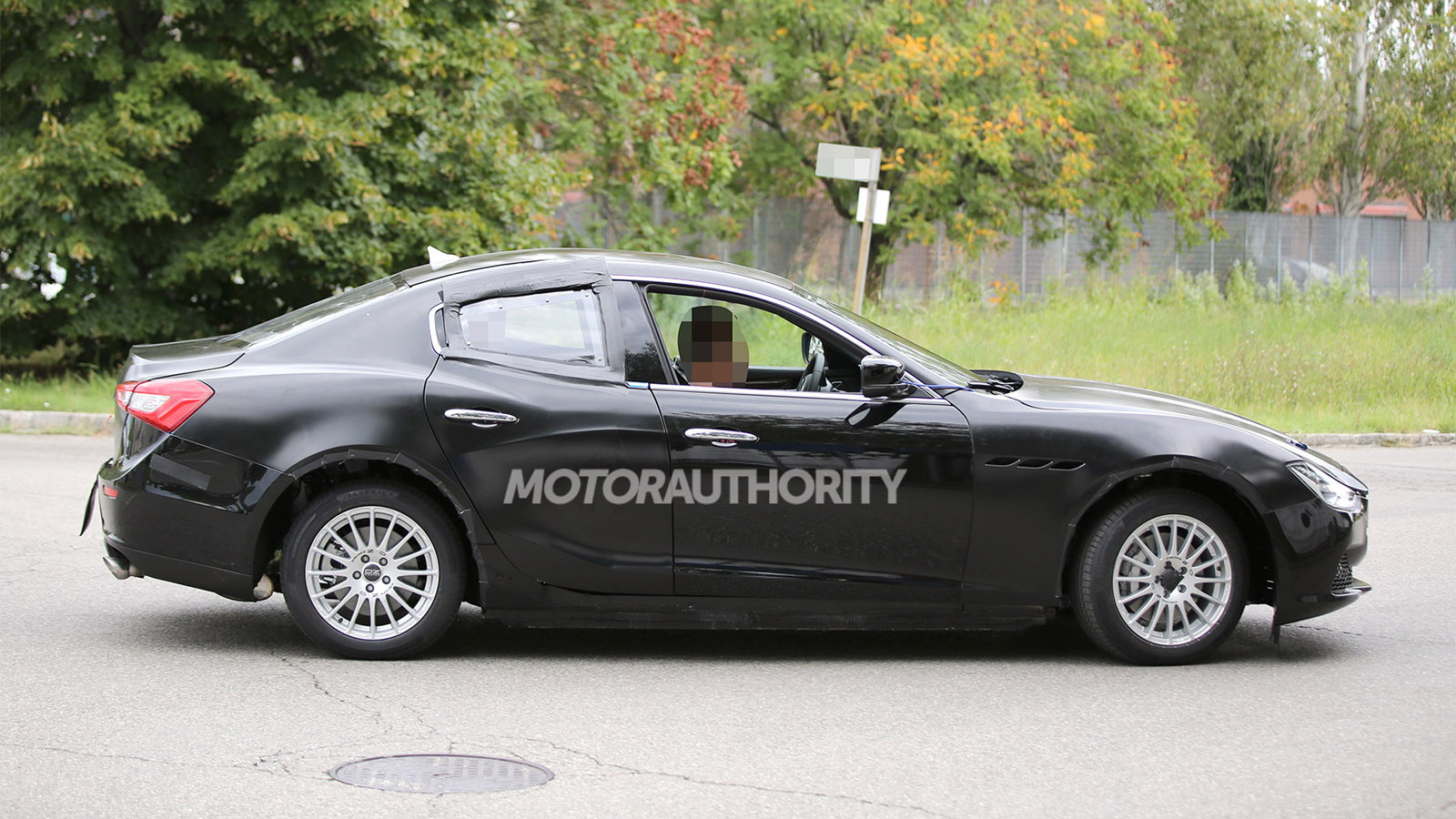 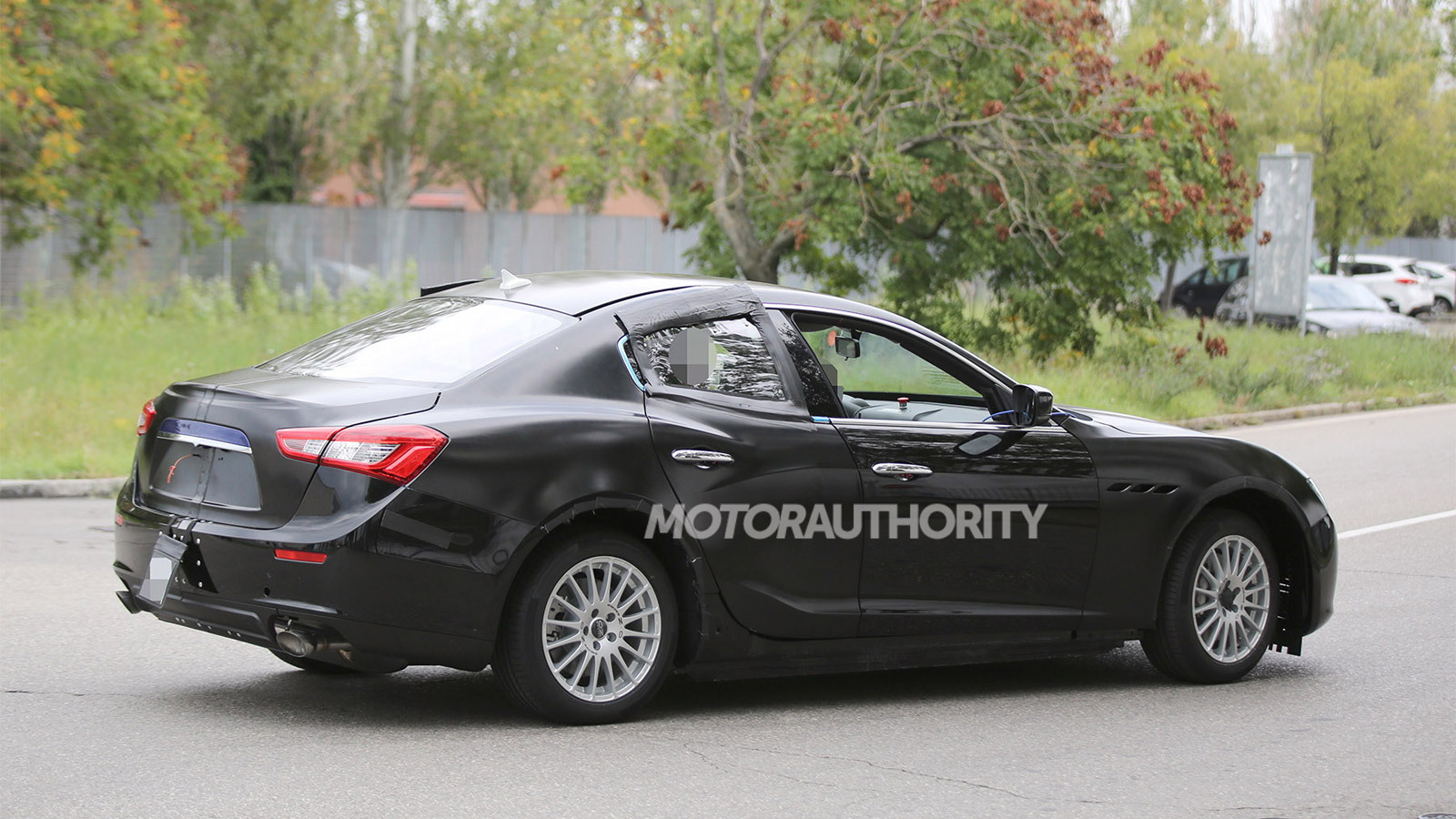 Alfa Romeo promises to have an eight-car lineup by the end of 2018 and one of the cars, expected to launch next year, will be a sporty sedan rumored to wear the Giulia title. The car was originally due to arrive several years ago as a successor for the Alfa Romeo 159 sold overseas, but its arrival was ultimately pushed back so that it could be based around a new rear-wheel-drive platform. Originally, the Giulia was to be based on the front-wheel-drive CUSW platform found in the Chrysler 200 and several other vehicles from Fiat Chrysler Automobiles.

We now have our first spy shots of the Giulia, though this is a very early test mule which uses a makeshift Maserati Ghibli body to hide its internals. We can clearly see that the Giulia will be shorter and narrower than the midsize Ghibli, which makes sense because the car is being designed as a rival for small sport sedans like the BMW 3-Series and upcoming Jaguar XE.

The platform underpinning the car is thought to be a lower-cost version of the rear-wheel-drive platform found in Maserati’s Ghibli and Quattroporte sedans. Code-named Giorgio, the new platform will offer the option of all-wheel drive and will eventually be used for a handful of Alfa products as well as the next-generation Dodge Challenger and next-generation versions of the Chrysler 300 and Dodge Charger. The new Giulia, which carries the internal code Tipo 952, will be the first recipient of the platform.

The interior of this test mule is far from complete—the steering wheel is lifted out of a Jeep—but the general layout of the air vents and controls should be the same as the production version of the Giulia. Other clues we can lift from the test mule include the 17-inch wheels and dual-pipe exhaust design.

In the powertrain department, expect volume Giulia models to come with four-cylinder engines, including diesel units for overseas markets. It’s not clear what transmission will be offered but a dual-clutch unit like in the 4C sports car is possible.

The good news is that a high-performance model wearing a GTA badge or possibly Alfa’s Quadrifoglio clover leaf will be launched. Power in this model is said to come from the Ferrari-built 3.0-liter V-6 currently found in the Ghibli, but with output upped to somewhere between 480 and 520 horsepower. Combined with a dual-clutch transmission, limited-slip differential and some weight-saving mods, the engine should propel the M3 rival from 0-60 mph in under 4.0 seconds.

Look for a debut of Alfa Romeo’s new Giulia sometime next year. At present, we’re expecting it to arrive in local showrooms as a 2016 model.