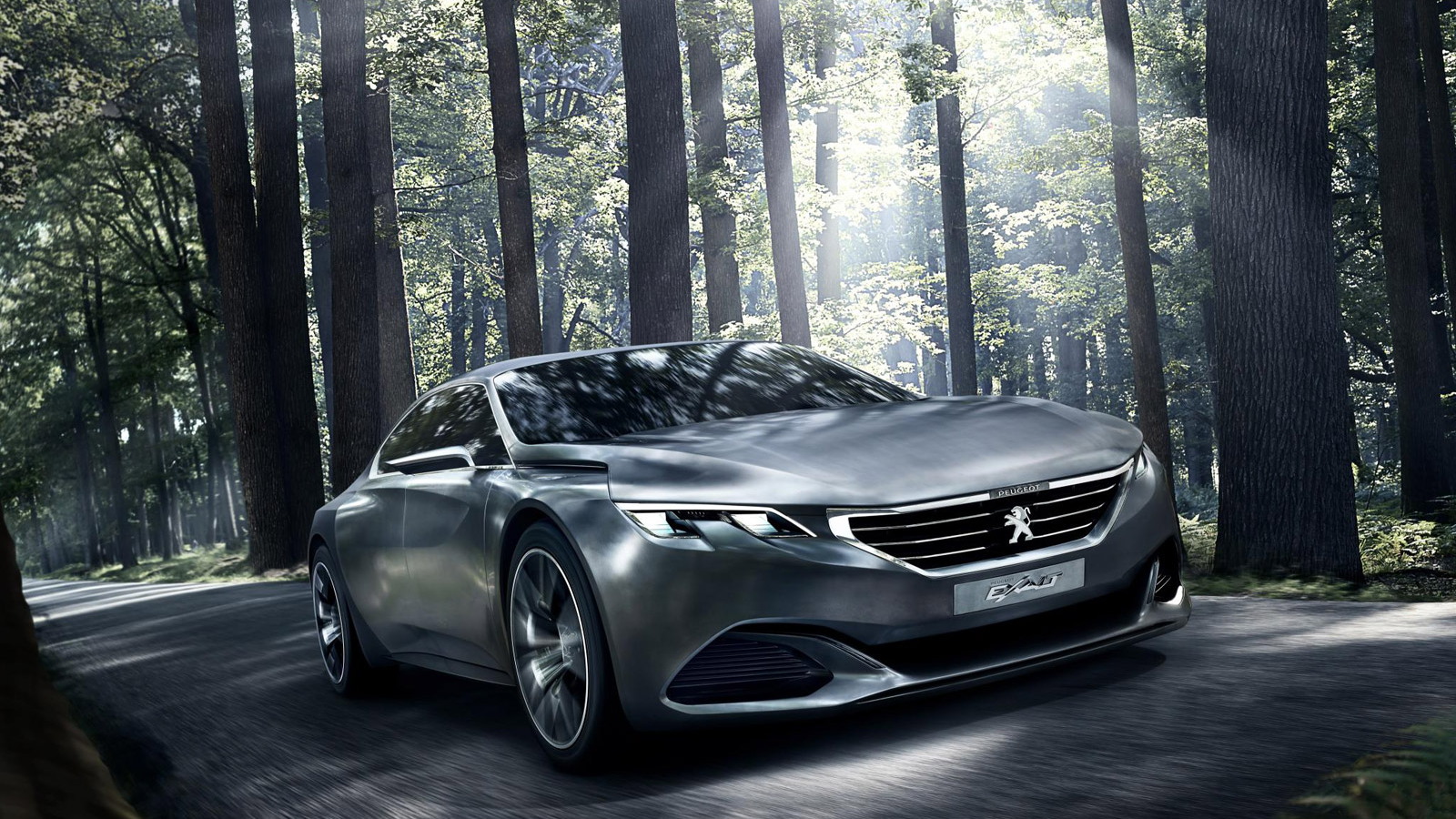 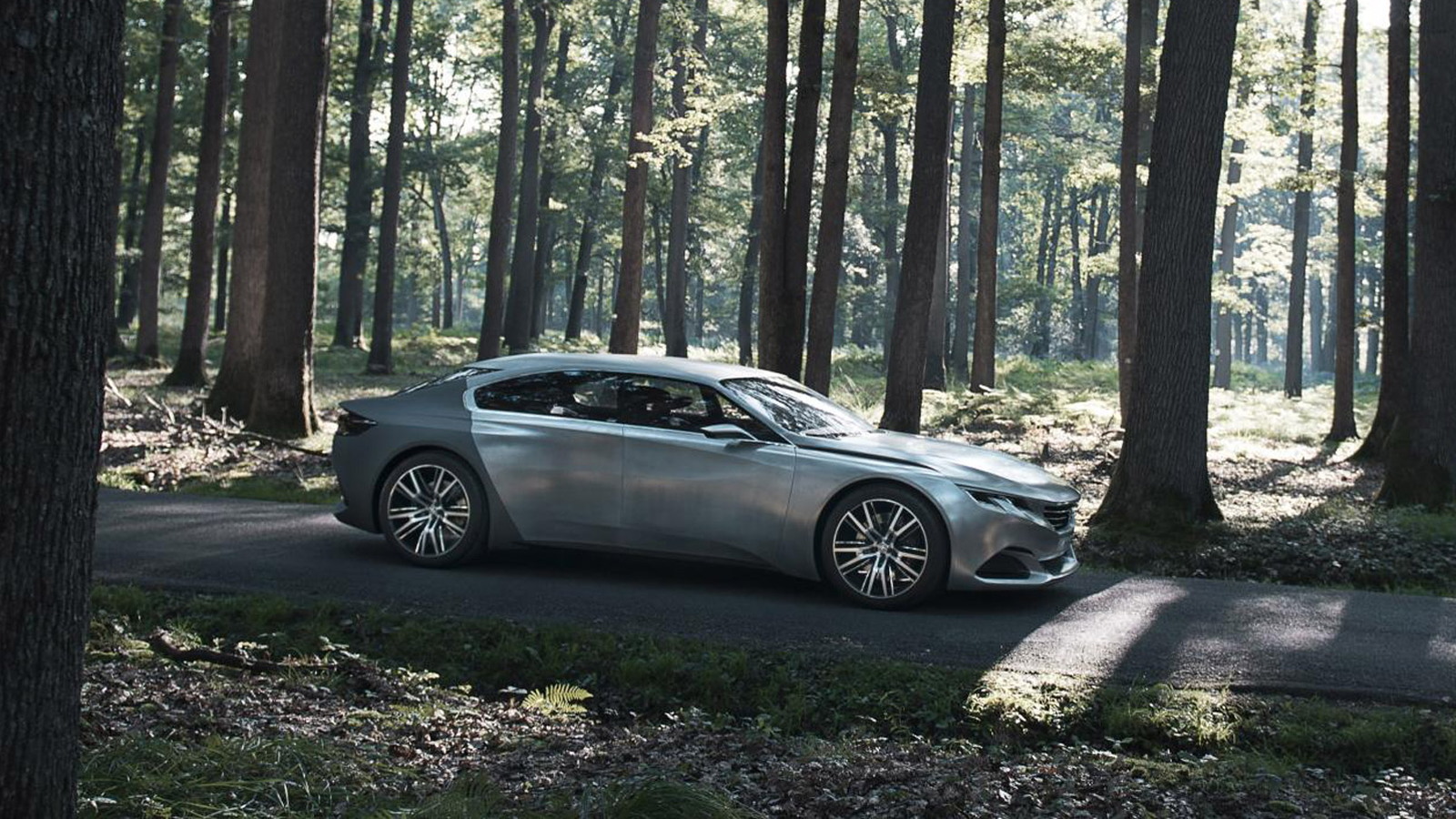 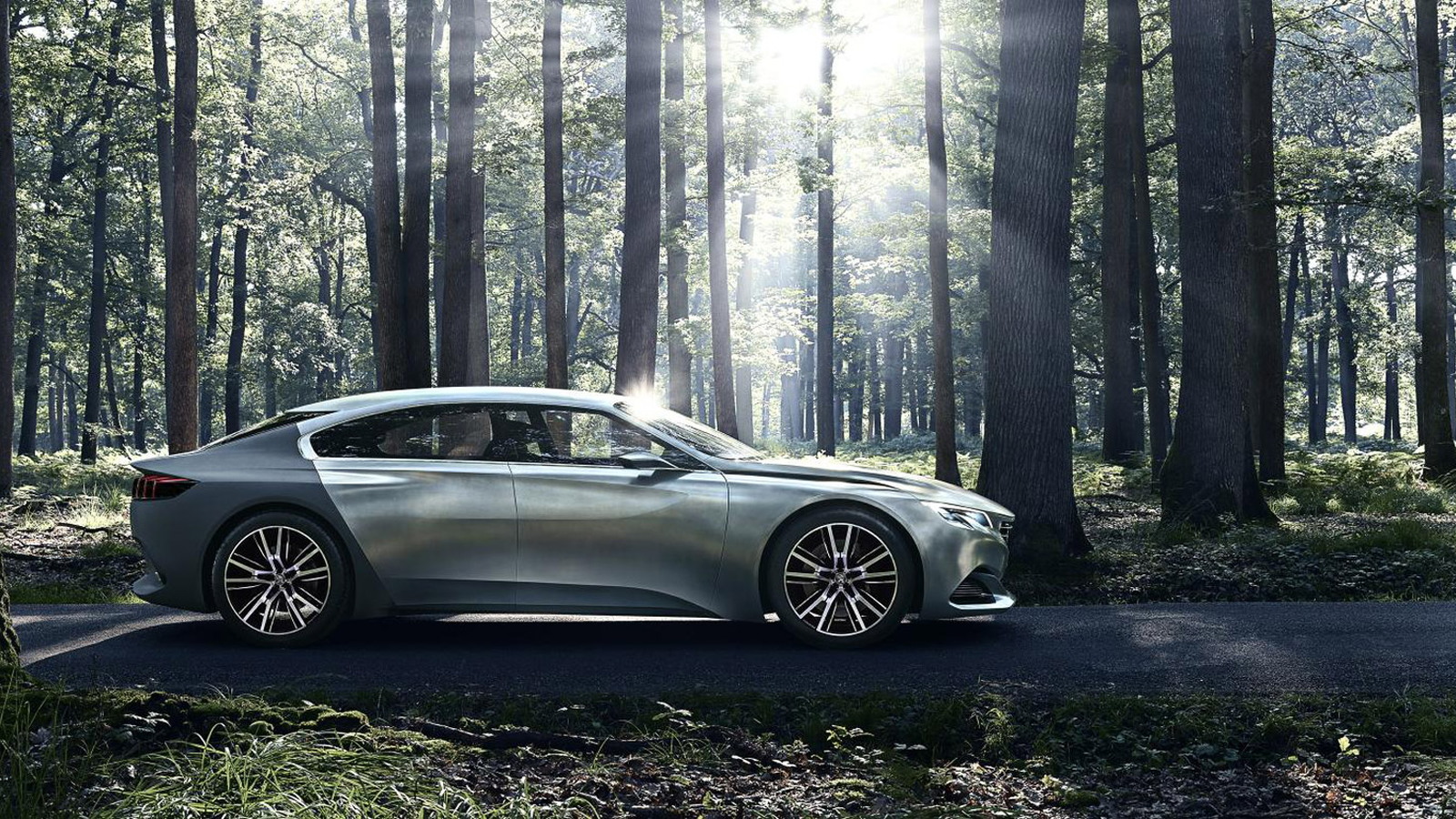 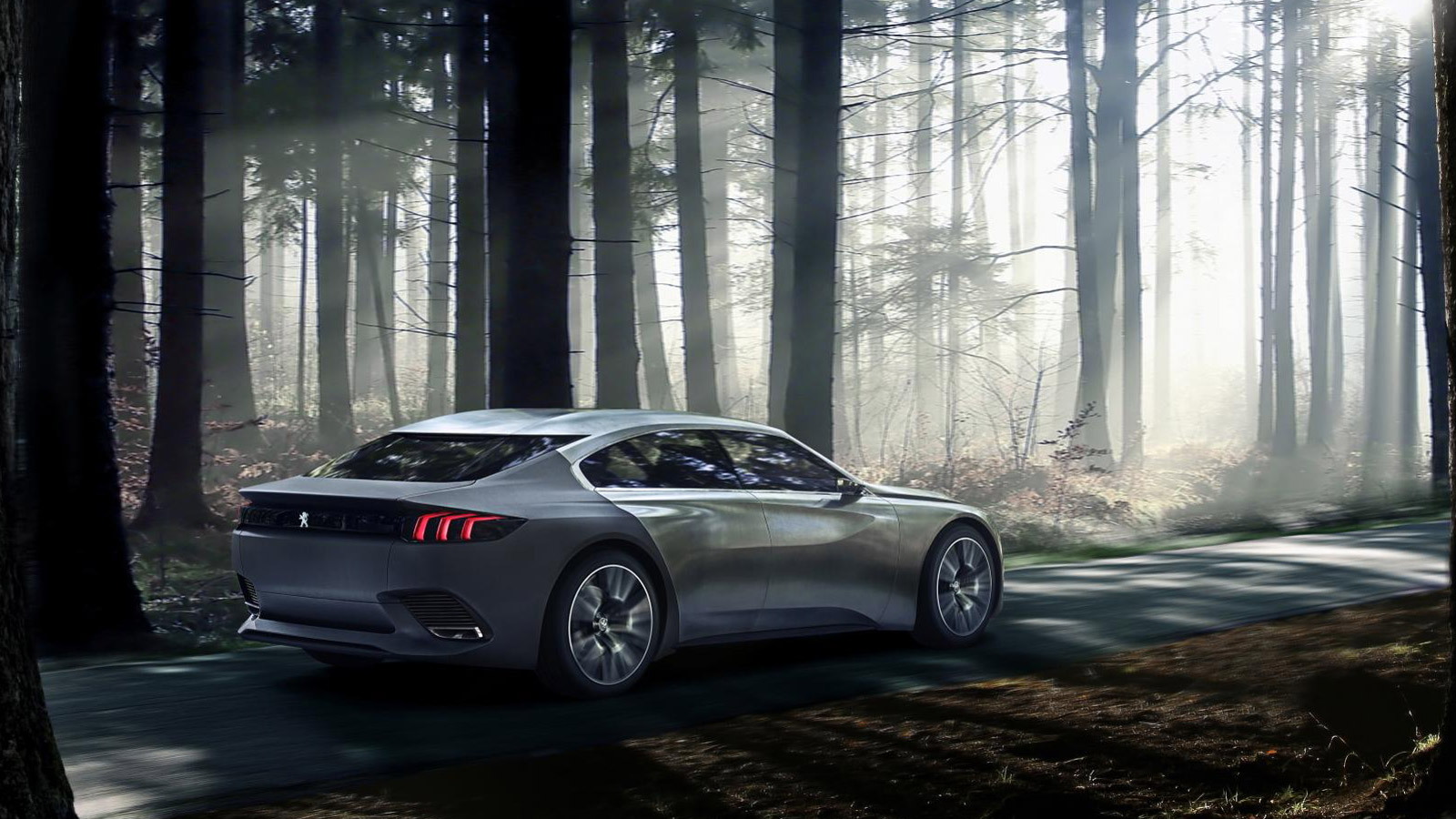 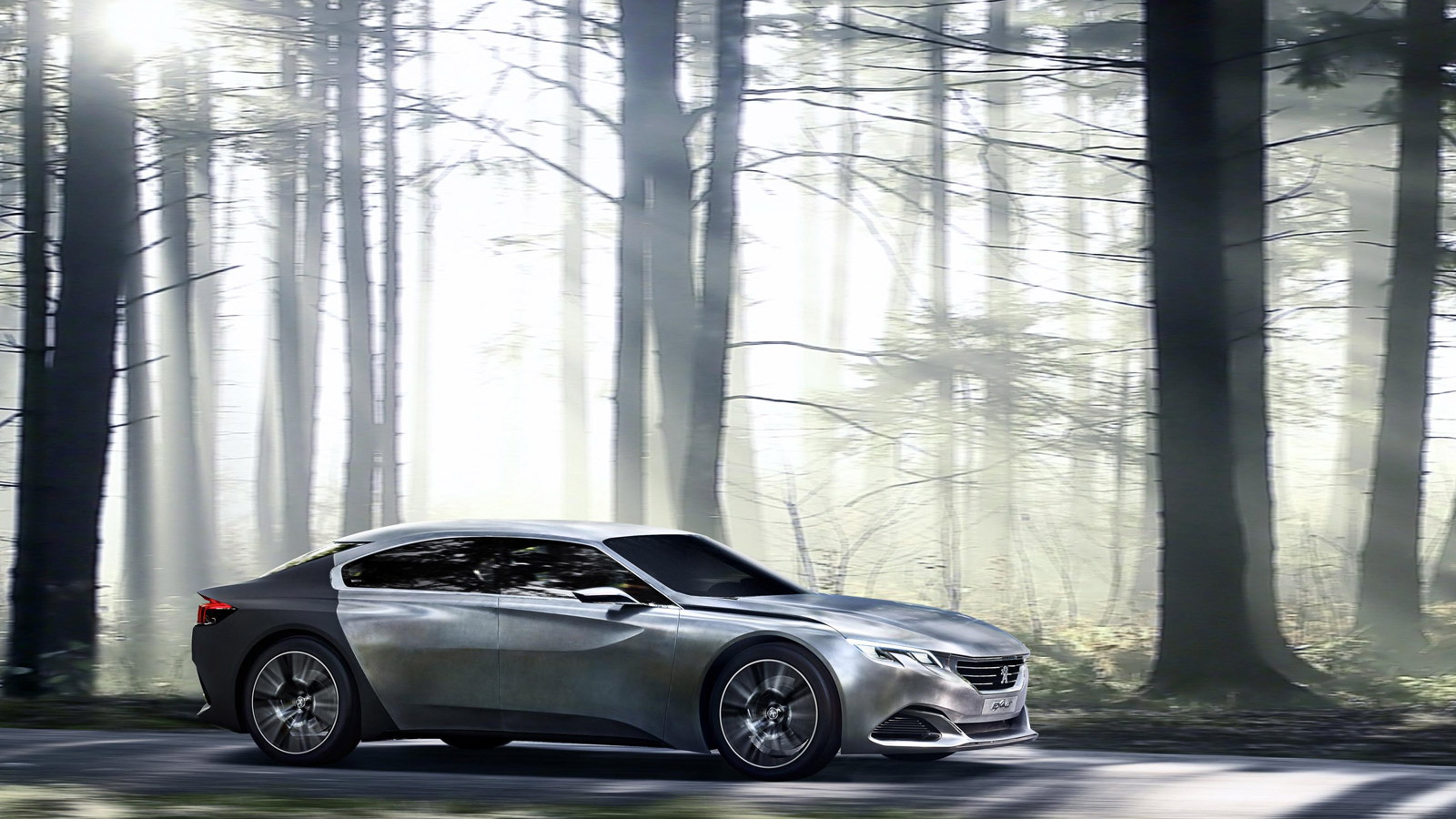 Peugeot’s striking Exalt concept car first shown at the 2014 Beijing Auto Show back in April is getting a set of new clothes for its debut at the 2014 Paris Auto Show early next month. The Exalt’s hallmark feature is its two-tone body, which at the front is actually bare steel while at the rear is textured material that is said to feel like shark skin and able to help aerodynamic efficiency.

For the latest version, the textured material gets a new gray color. The interior has also been tweaked and now features a wood-like finish that is actually made from old newspapers. And if that’s not enough, Peugeot has also installed an electric scooter underneath the trunk floor.

No changes have been made to the previous Exalt’s powertrain, which consists of a turbocharged 1.6-liter four-cylinder engine paired with an electric drive system. Several different driving modes are available, with the most powerful delivering total system output of 340 horsepower to all four wheels.

Inside, the dashboard features nine programmable switches. They are arranged in two groups: two to the left of the small steering wheel; seven to the right. This layout was adopted because of the human brain’s ability to easily remember up to seven items, with regard to position and function, Peugeot tells us.

Given the length of the Exalt, which measures in at 15.4 feet, we’d say the concept is a good indication of how the next-generation Peugeot 508 will be styled. The concept is about the same size as the current 508 and is, according to Peugeot, a “future vision” of the sedan. That vision is one embodied by materials that achieve a blend of balance, local sourcing, recycling-based production and more.

The new Exalt concept will debut at the 2014 Paris Auto Show on October 2. For more coverage of the event, head to our dedicated hub.