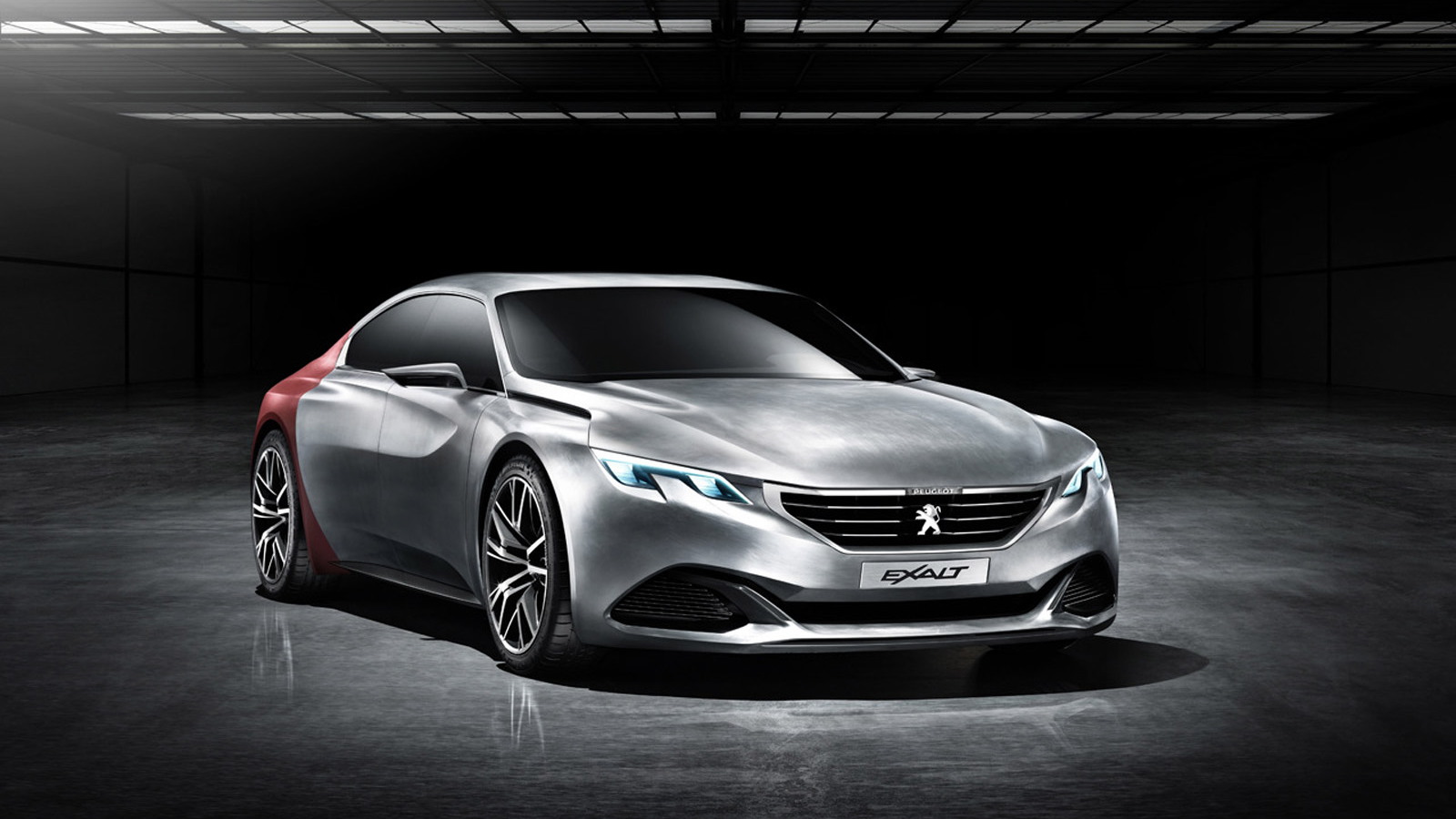 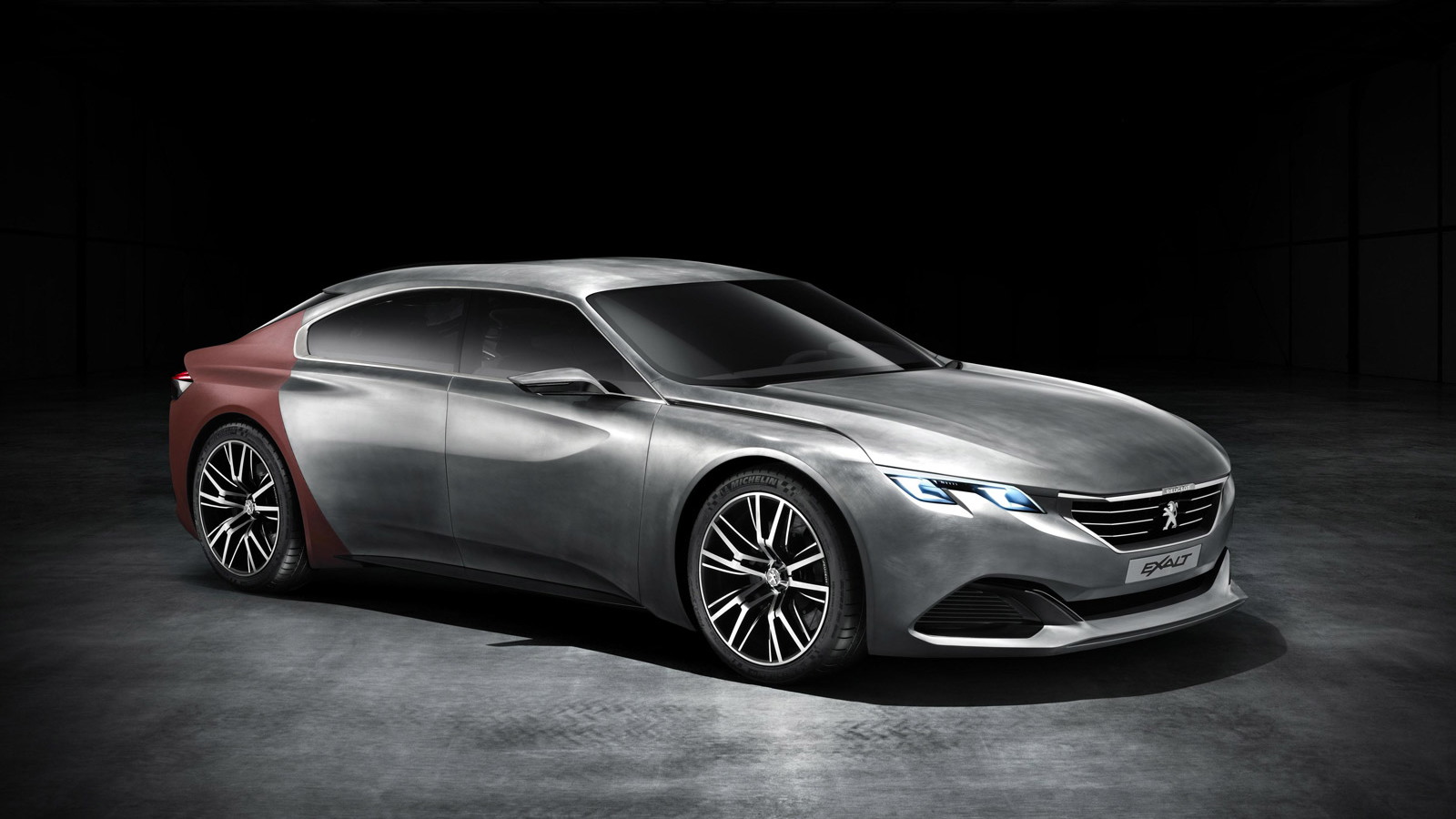 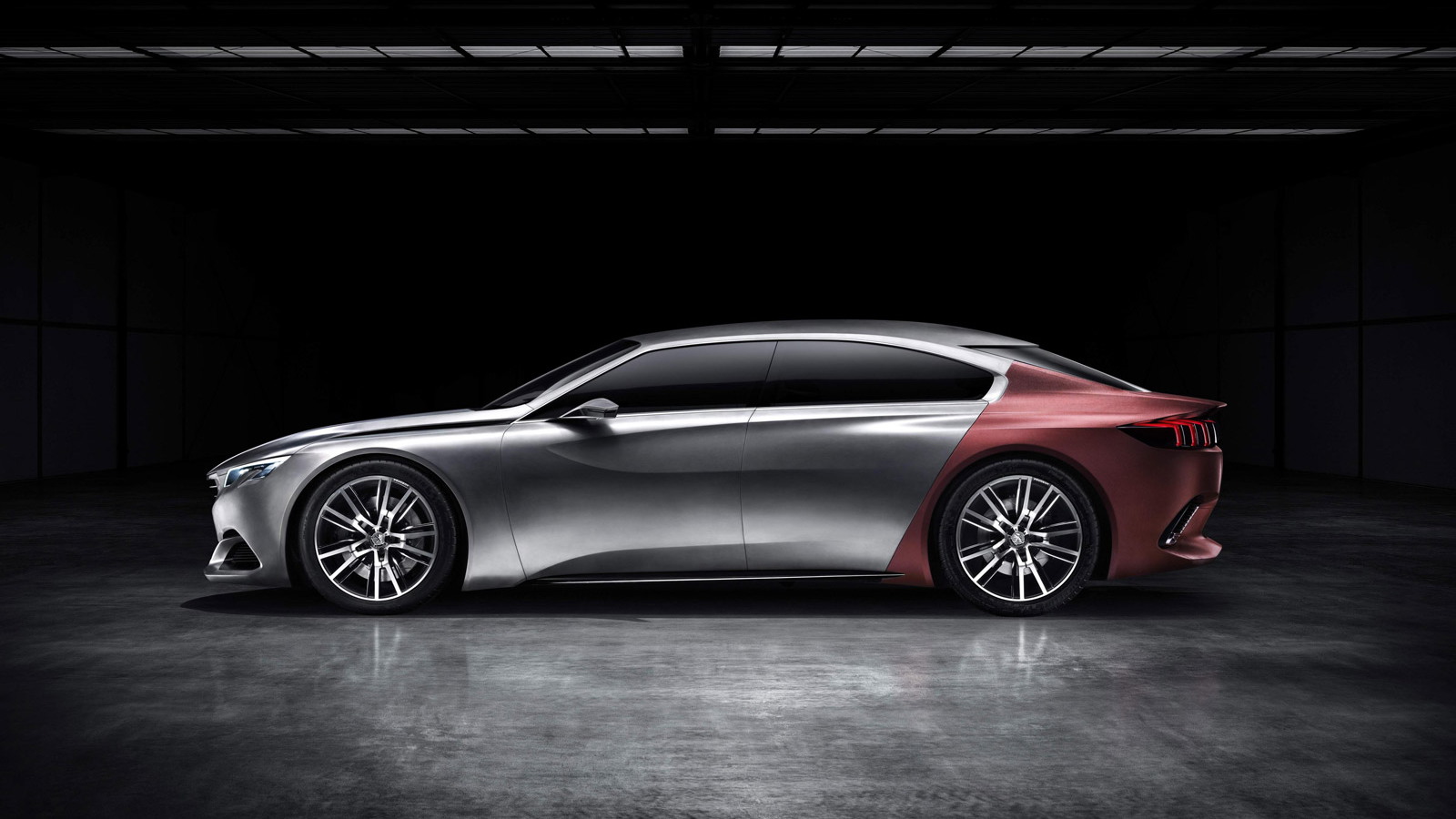 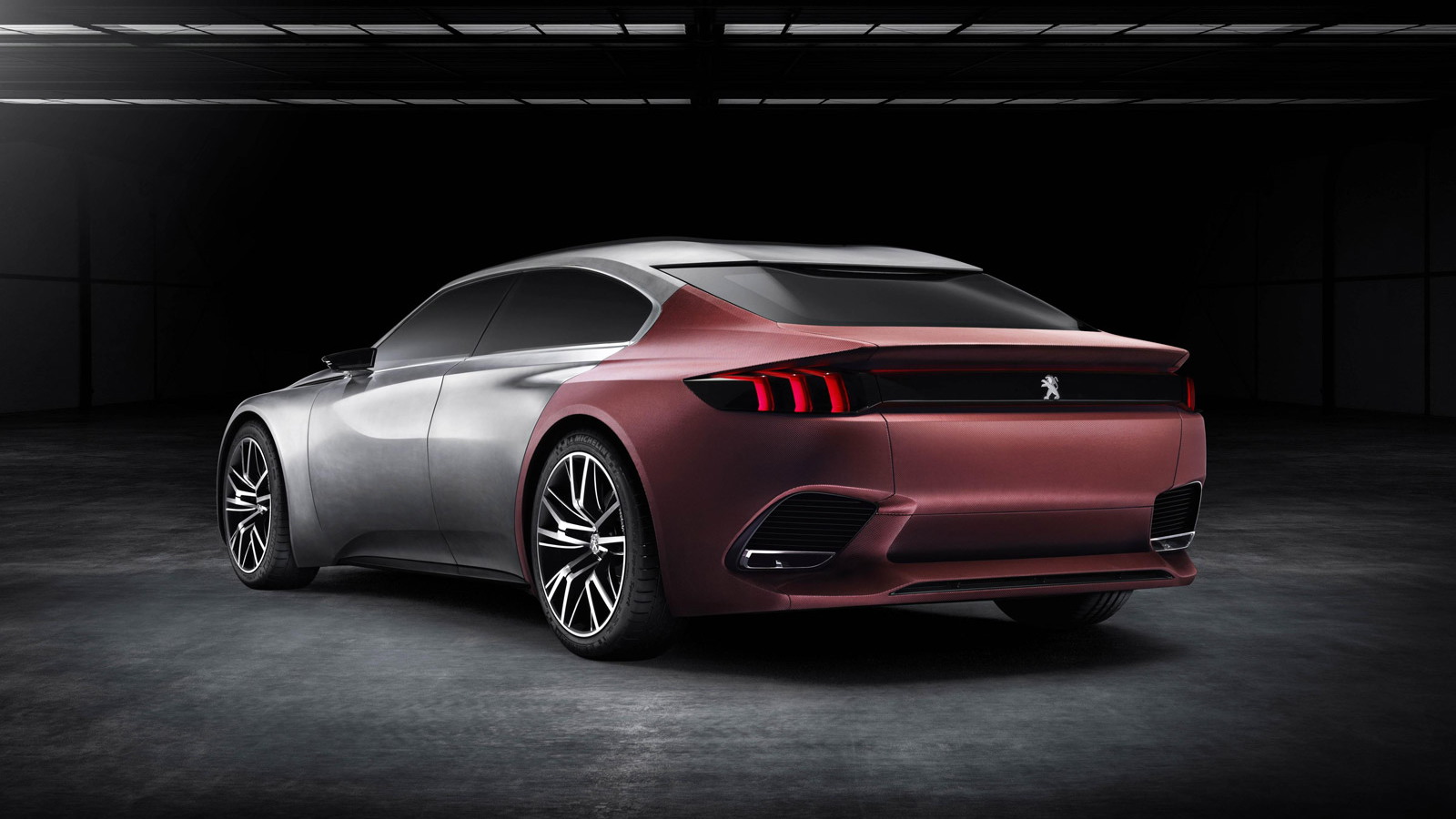 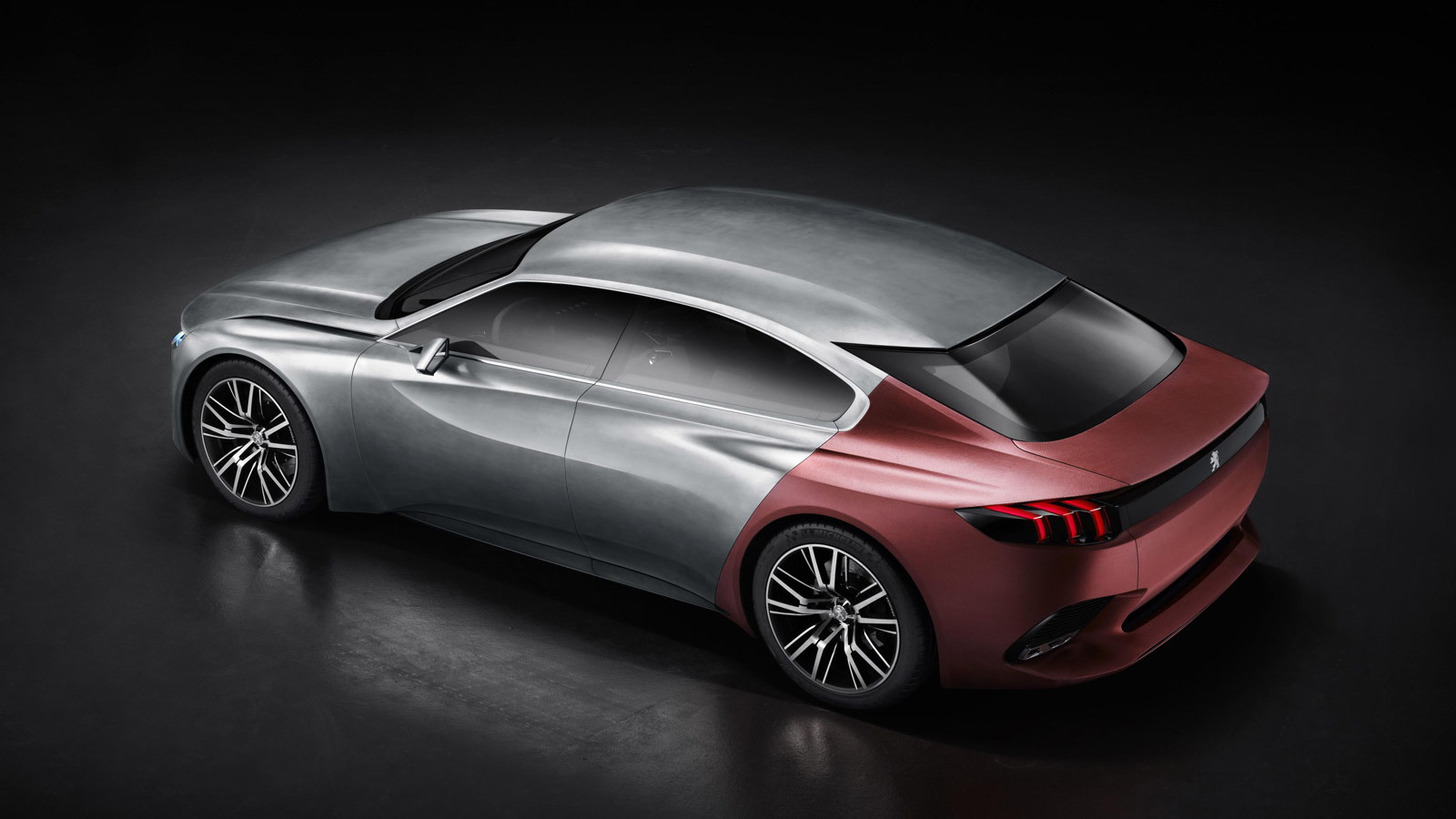 15
photos
French automaker Peugeot has taken the covers off a stunning four-door coupe concept that it plans to present at the 2014 Beijing Auto Show on April 20. Called the Exalt, the concept takes the aggressive look first showcased on Peugeot’s Onyx supercar concept in 2012 and applies it to a vehicle more likely to enter production.

First seen on Onyx, the distinct line in the Exalt’s side separates a bare metal front from a textured material that Peugeot says was inspired by the skin of a shark. Inside, sound deadening material ensures a quiet and peaceful ambience, and this is enhanced by premium materials used for surfaces such as natural wool, aged leather, bare steel and a variety of real wood elements.

Under the hood is the latest version of Peugeot’s HYbrid4 ‘through-the-road’ hybrid all-wheel-drive system, which is claimed to deliver 340 horsepower total system output. HYbrid4, which is already available on some Peugeot models, was originally developed for Peugeot’s Le Mans efforts and uses an internal combustion engine to power one axle and an electric motor for the opposing axle. In the case of the Exalt, a turbocharged 1.6-liter four-cylinder and six-speed automatic is mounted up front and an electric motor is at the rear.

Intelligent computer systems instantly adapt to the driver’s wishes by selecting the most suitable mode: pure electric, gas or gas-electric hybrid. Under braking, energy normally lost as heat is recaptured and used to charge a lithium-ion battery that powers the motor. This battery can also be charged up at home. Unfortunately, all this tech adds weight. The Exalt tips the scales at almost 3,750 pounds.

Peugeot hasn’t mentioned any production plans for the Exalt, although we could see it form the basis for the automaker’s next-generation 408 small sedan.

Peugeot, which is part of PSA Peugeot Citroën, Europe’s second largest automaker after the Volkswagen Group, is in the midst of a turnaround plan. Its new CEO Carlos Tavares, a former high-level exec at rival firm Renault, wants to position Peugeot as a mid-tier brand to compete against the likes of Volkswagen while turning Citroën into a quirky entry-level brand. To take on the top-end of town, Tavares is looking to form a new upmarket brand based on the DS sub-brand.

Stay tuned for the Peugeot Exalt’s full reveal at the 2014 Beijing Auto Show next week, and for more from the Chinese show head to our dedicated hub.