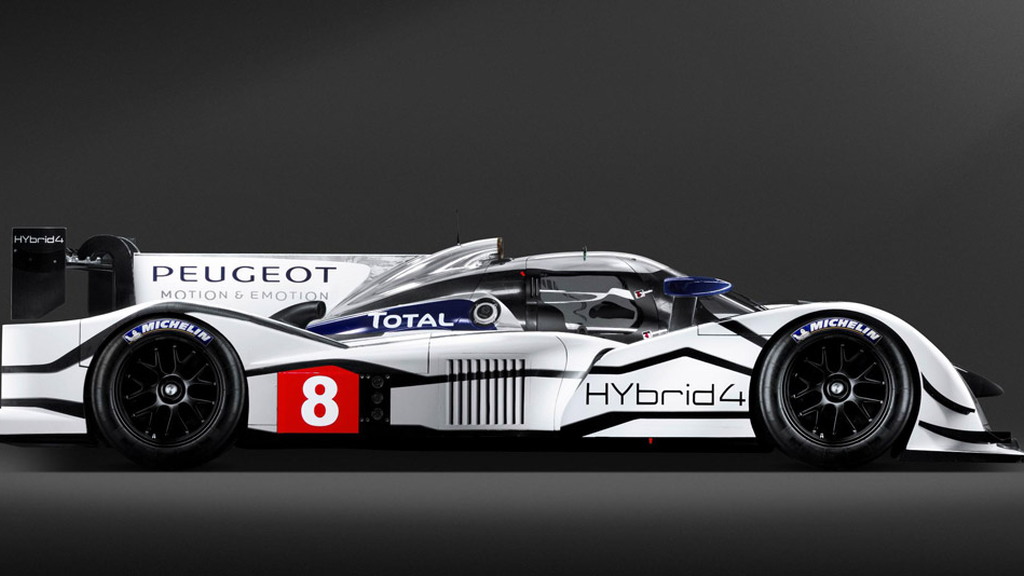 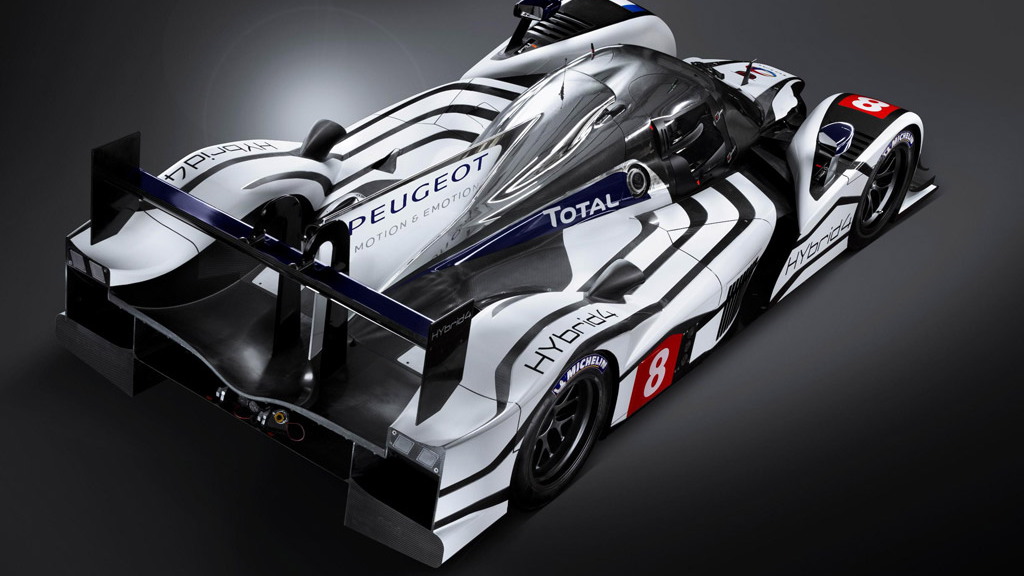 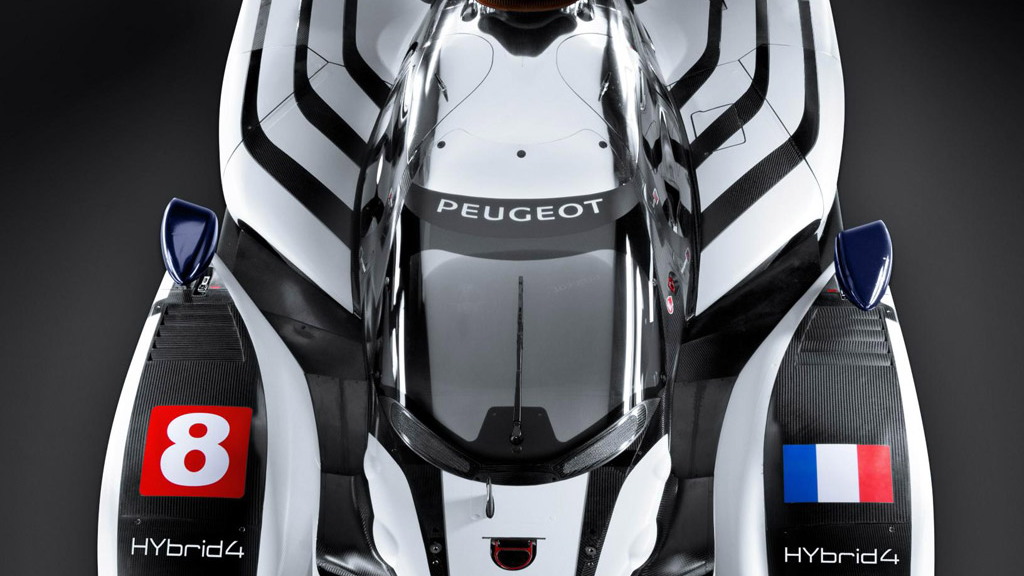 3
photos
Peugeot is proving that it is a leader when it comes to hybrid technology, diesel-electric hybrid technology in particular, revealing today the latest iteration of its impressive 908 HYbrid4 endurance race car. We saw the first generation of 908 Hybrid4 race cars from Peugeot back in 2008 and since then the design has evolved into what you see here today.

Sharing much in common with the latest diesel-only 908 HDi FAP race car revealed last month, the new 908 HYbrid4 matches a 550 horsepower 3.7-liter V-8 turbodiesel engine with an 80 horsepower hybrid system. The end result is a peak output of 630 horsepower (available for short bursts only), all of which is channeled through to the rear wheels via a six-speed sequential gearbox.

A brake energy recovery system is also installed, helping to top up the race car’s lithium ion batteries. This stored engine is automatically delivered under acceleration, unlike the KERS in Formula 1, which uses a ‘push-to-pass’ function. Additionally, the 908 Hybrid4 can operate under electric only power during pit lane duties.

This advanced drivetrain is attached to a full carbon fiber monocoque and the entire race car weighs in at just under 2,000 pounds.

Following the world premiere of the new Peugeot 908 HYbrid4 in its white livery at the 2011 Geneva Motor Show this week, Peugeot will now turn its attention to meeting a target it has set for the new car. This is to run it at the official pre-Le Mans 24 Hours test day at the French circuit on April 24.