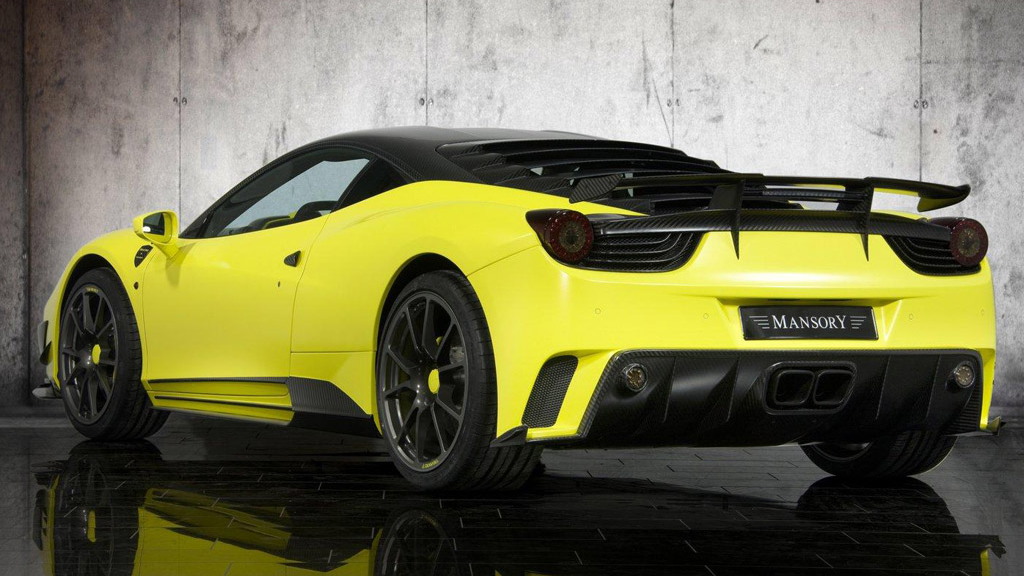 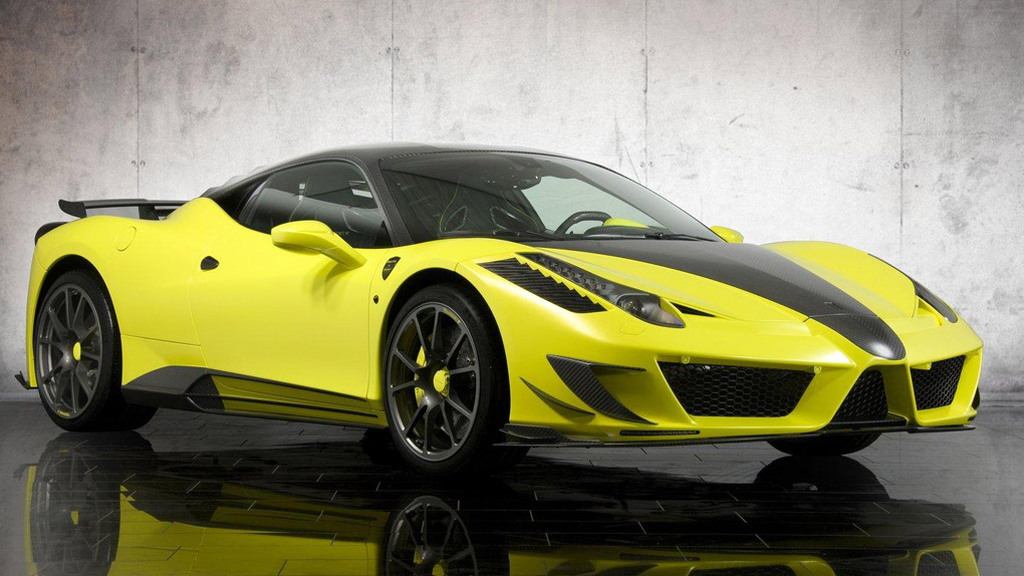 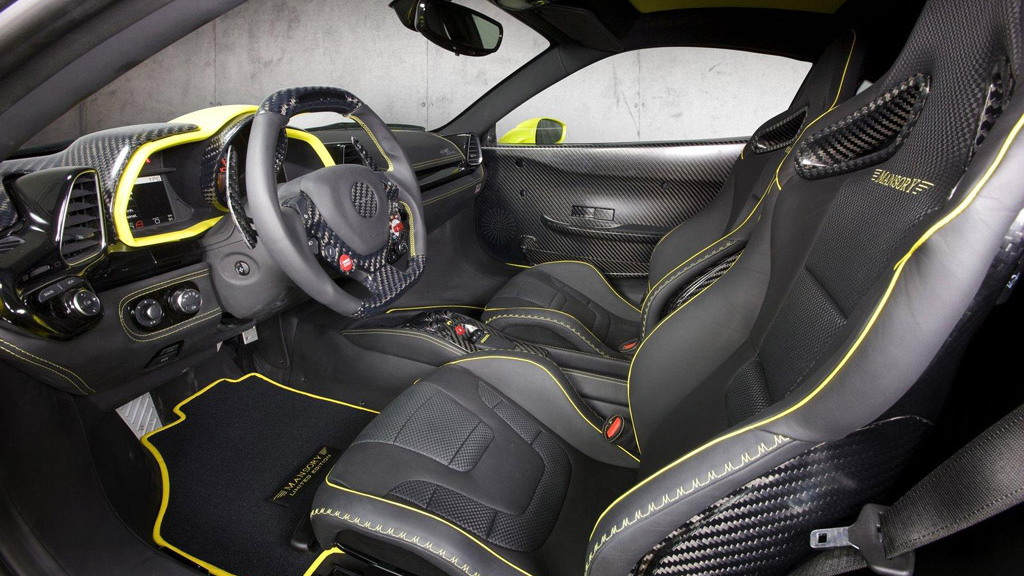 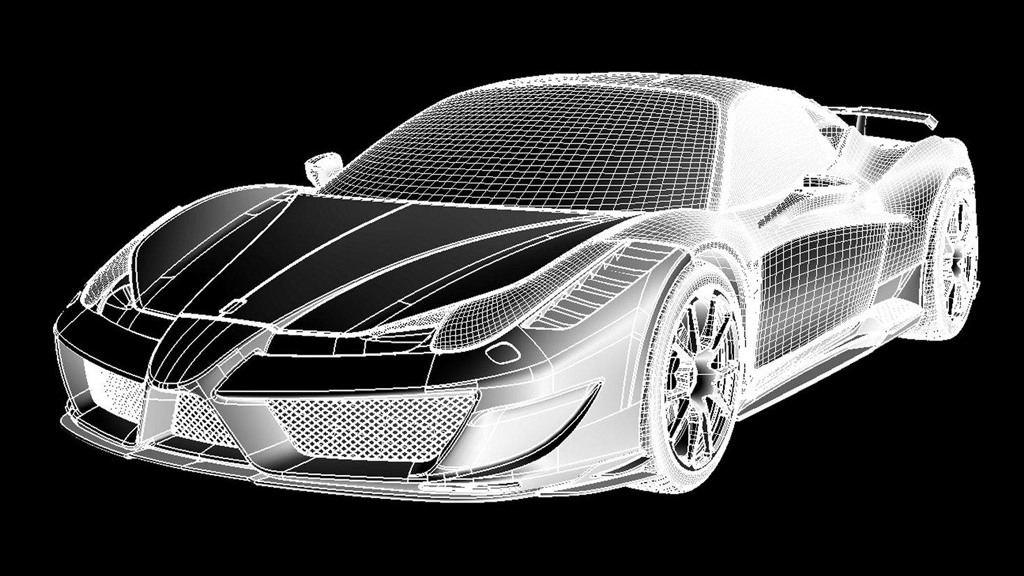 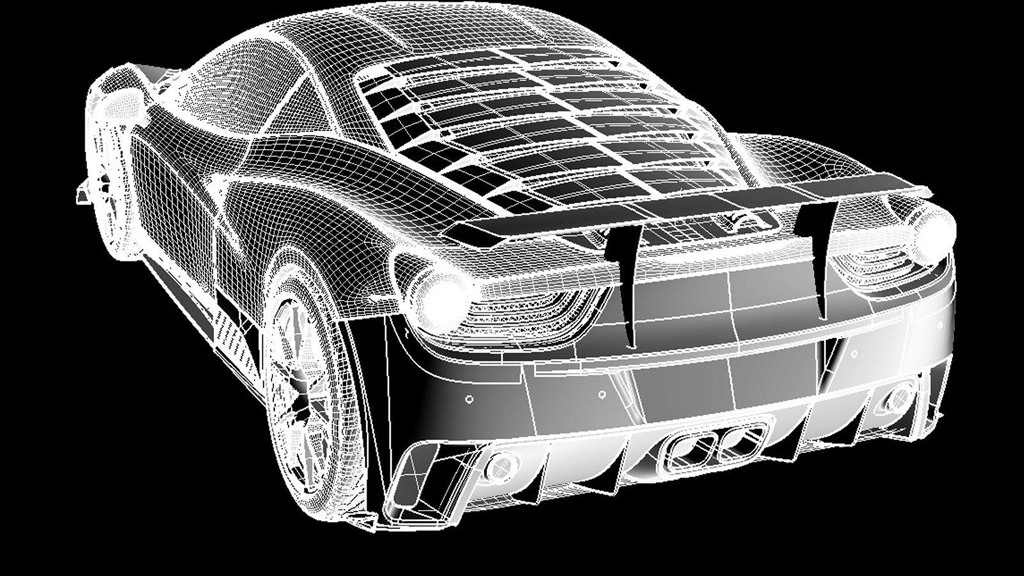 5
photos
Now here’s one way to ruin a Ferrari 458 Italia. Okay, perhaps it isn’t that bad, but why anyone would want to muck up the near perfect lines of the 458 is beyond us. Nevertheless, the tuning mad scientists at Mansory have developed a new kit for the Italian thoroughbred and have used this week’s 2011 Geneva Motor Show to debut it.

Named after the historic race track on Sicily, the new Mansory Siracusa gains a performance boost over the standard 458 Italia on which it’s based, a lower curb weight and the over-the-top styling package you see here.

The main eye catcher of the new Siracusa front is the striking bumper with its optimized air inlets for better ventilation of the front coolers and increased downforce. The diffuser, which is fitted into the new rear bumper, stabilizes the rear during high speeds and in connection with the rear wing, generates contact pressure at the rear axle. The body kit is completed with custom carbon fiber blades that replace the rear window.

In total, Mansory has managed to shed some 154 pounds from the Ferrari 458 Italia’s curb weight.

In addition to the new aero components, Mansory has also installed a new sports air filter and exhaust system, and returned the ECU to deliver a new peak output of 590 horsepower and 412 pound-feet of torque. This is enough to see the Mansory Siracusa go from 0-62 mph in 3.2 seconds and reach a top speed of 205 mph.

The car has also been lowered by 20 mm and fitted with 20-inch wheels on the front axle and 21-inch wheels at the rear, all shod with Michelin Pilot Sport tires.

Also the interior is enhanced with a Mansory refining kit, which includes leather, ultra-suede and carbon fiber trim upgrades for the 458 Italia’s cabin. Another highlight is the newly developed full-size airbag sports steering wheel and the aluminum pedals.

Mansory also used this week’s Geneva event for the reveal of its new Cormeum based on the Mercedes-Benz SLS AMG and Lotus Evora upgrade.