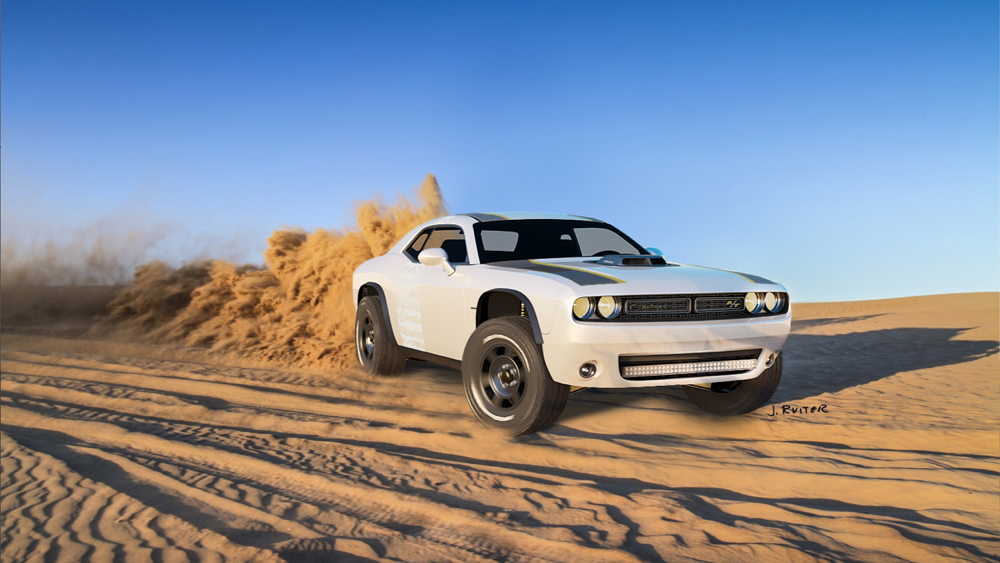 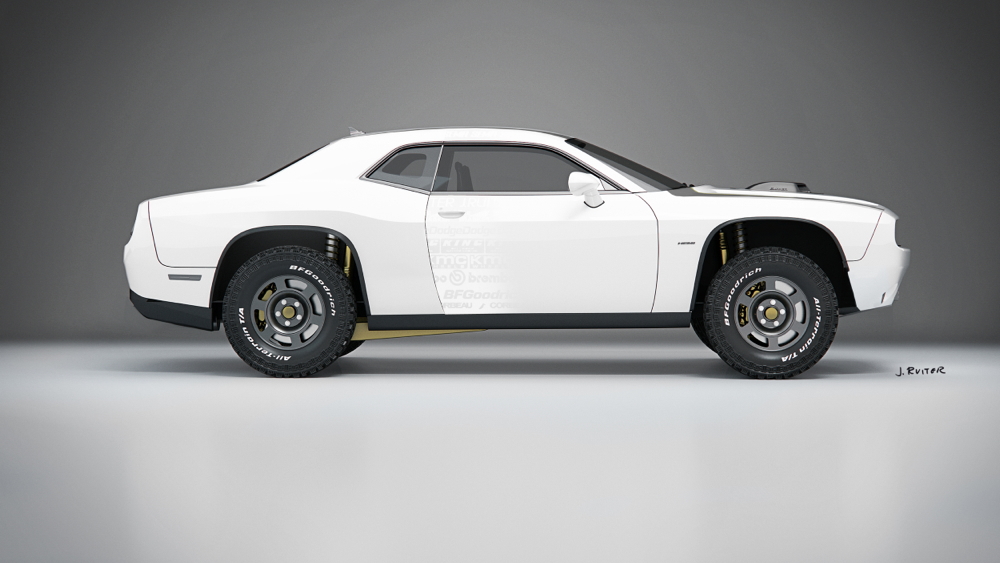 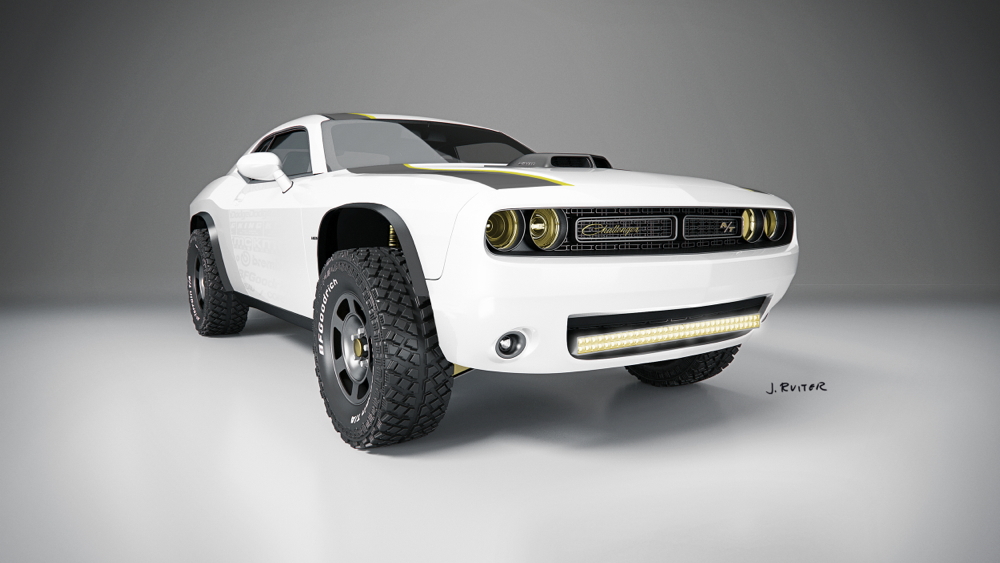 There are many apocalypse-worthy vehicles out there, but most will leave you plodding along after the nukes have dropped, the zombies have shuffled away, and the earthquakes have stopped. If you want to cruise the post-apocalyptic wasteland speedily, this is vehicle for you.

Created by Joey Ruiter, the man behind the wonderfully minimal Reboot Buggy, the Challenger A/T Untamed concept should appeal to fans of both tire smoke and dirt. It may have a Challenger body, but according to Autoblog the list of modifications seems more typical of an off-road race truck.

The design calls for long-travel suspension, skid plates, body armor, and a set of chunky off-road tires. The concept art shows an LED light bar mounted in the lower front fascia, along with fender flares and a classic Shaker hood. Gold-painted badges, suspension components, and headlight surrounds subtly tie the whole thing together.

Such a hellacious vehicle would seem to demand the Challenger SRT Hellcat's 6.2-liter supercharged HEMI V-8, but Ruiter claims a production version would probably use a souped-up V-6 to keep weight down. Turbocharged Pentastar, anyone?

Ruiter says he "wanted the passion given to the Hellcat to be pushed into other areas," and the A/T Untamed pushes the Challenger to places its never been before. That could be literally true, if the thing ever gets built.

While it exists only in renderings at the moment, the Challenger A/T Untamed could be offered to customers. Ruiter is working on a kit that de-tames the Mopar muscle car, and possibly the Ford Mustang and Chevrolet Camaro, too. If that doesn't pan out, there's always the Local Motors Rally Fighter.