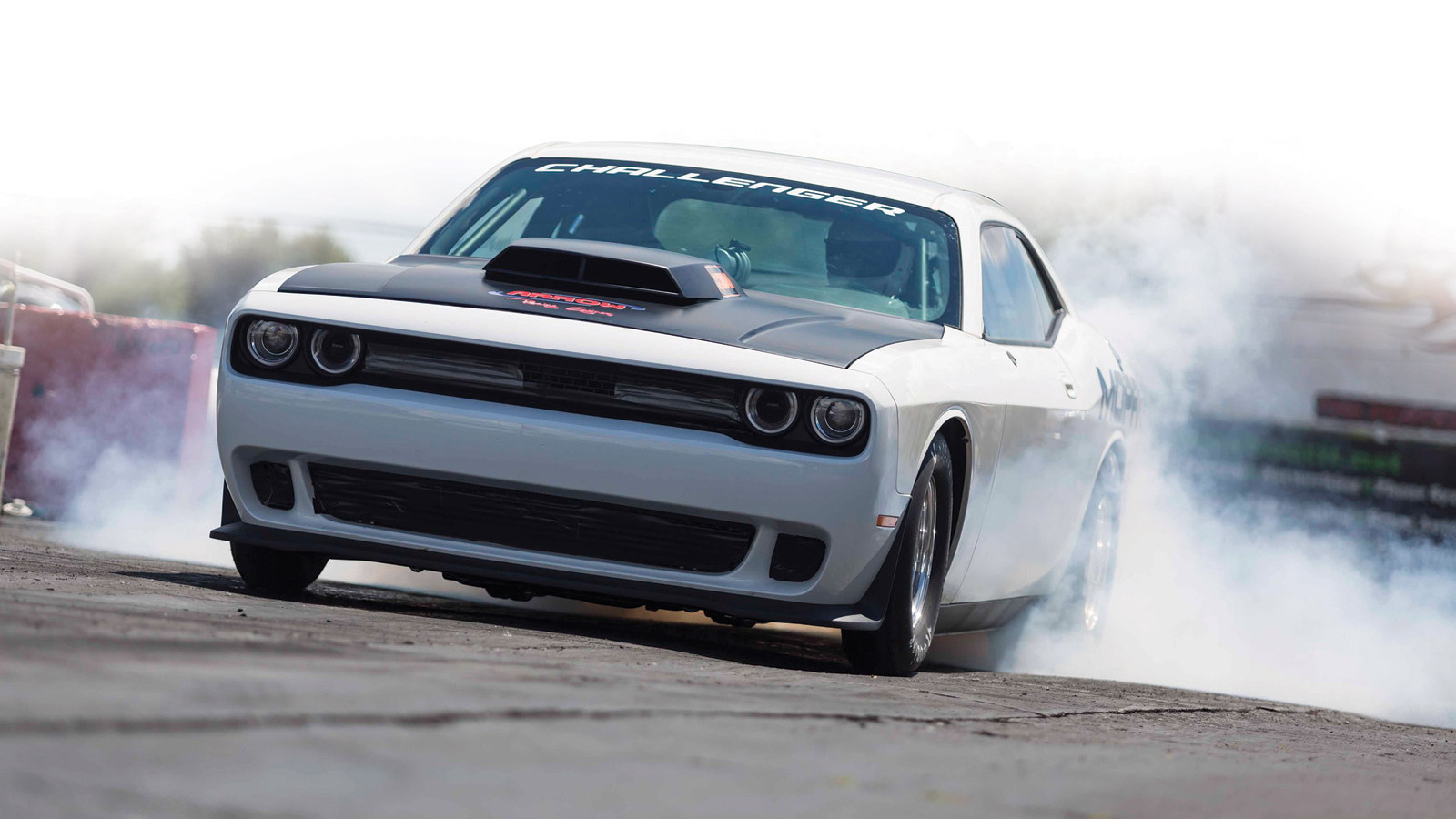 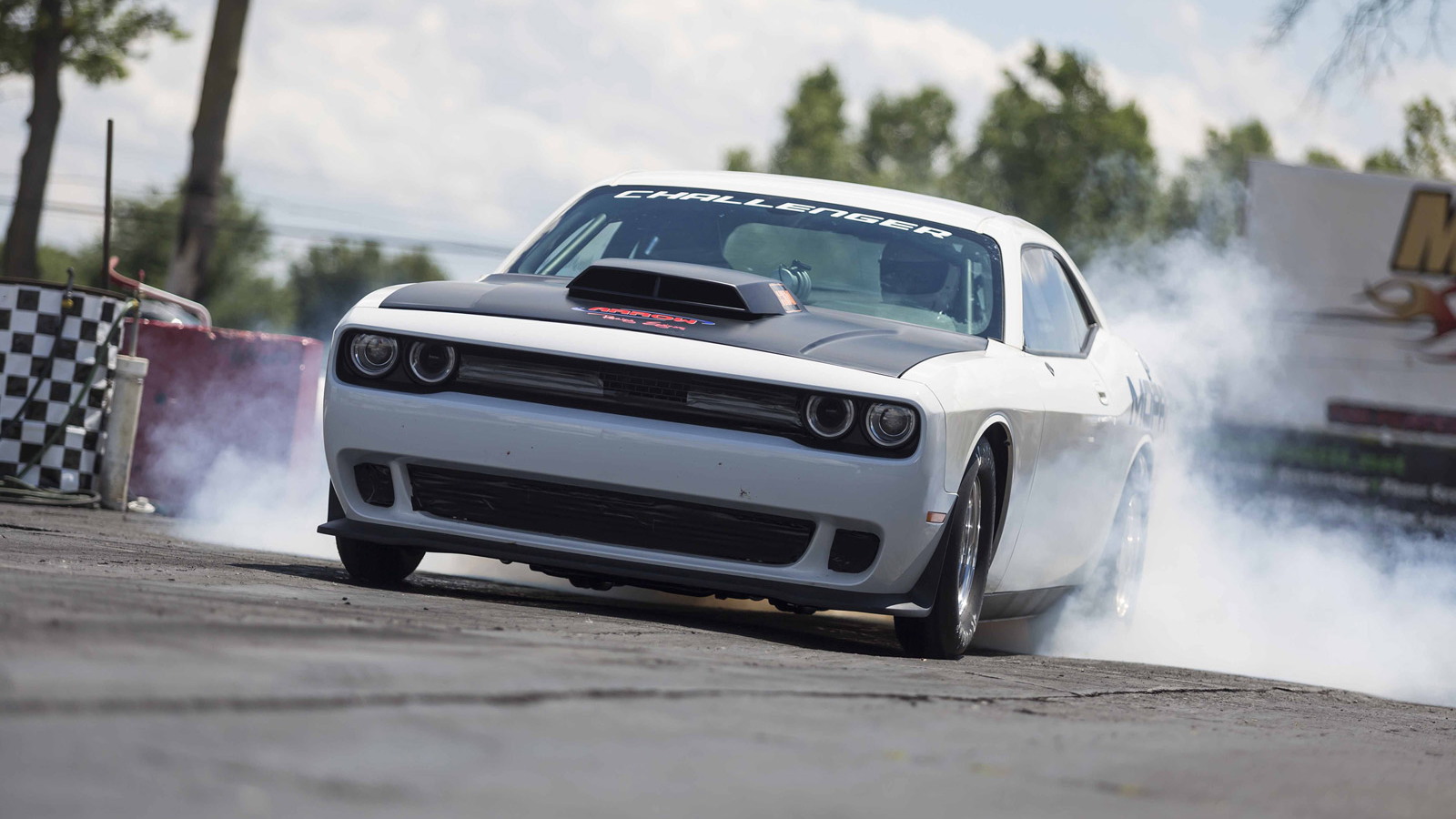 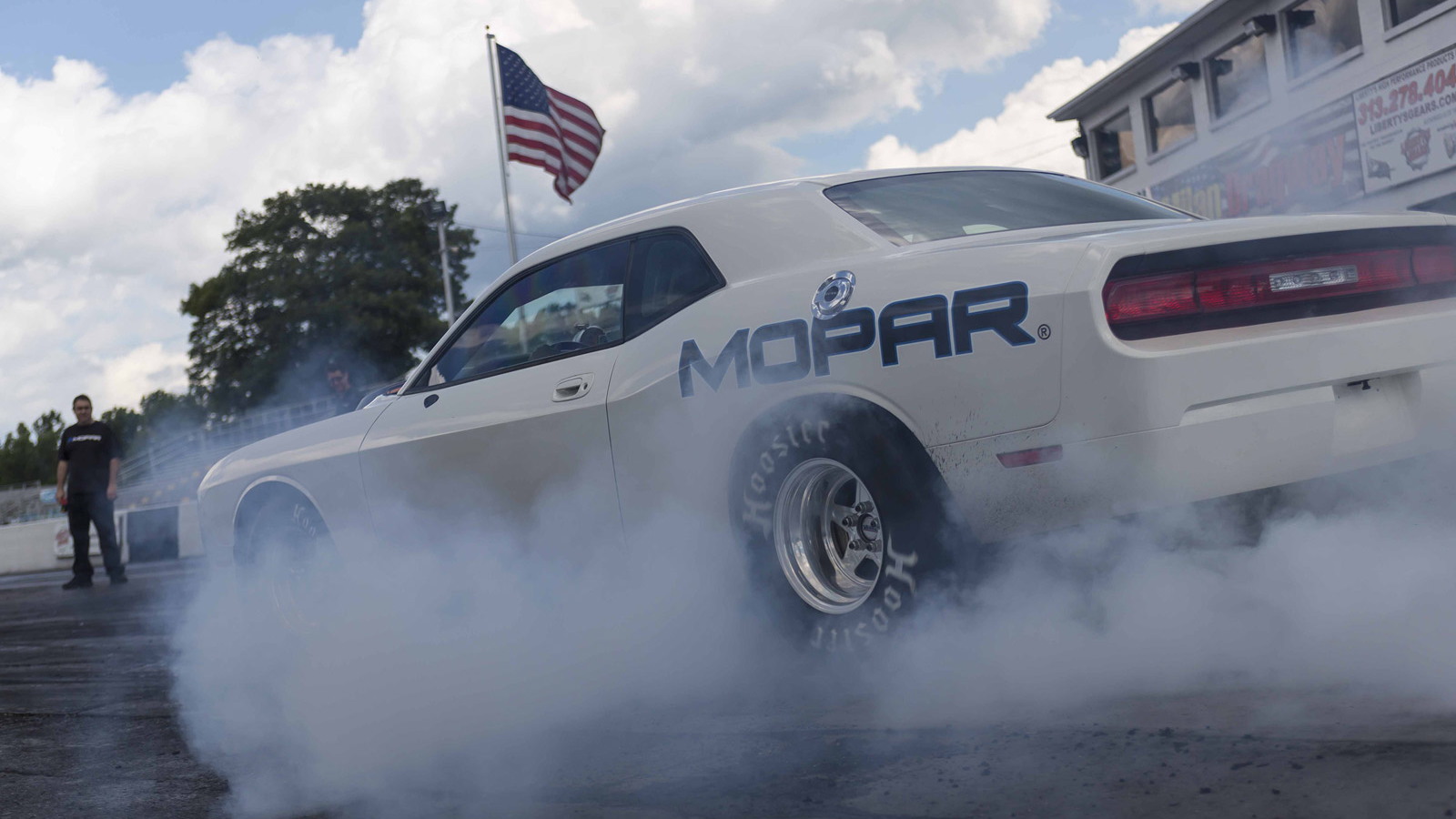 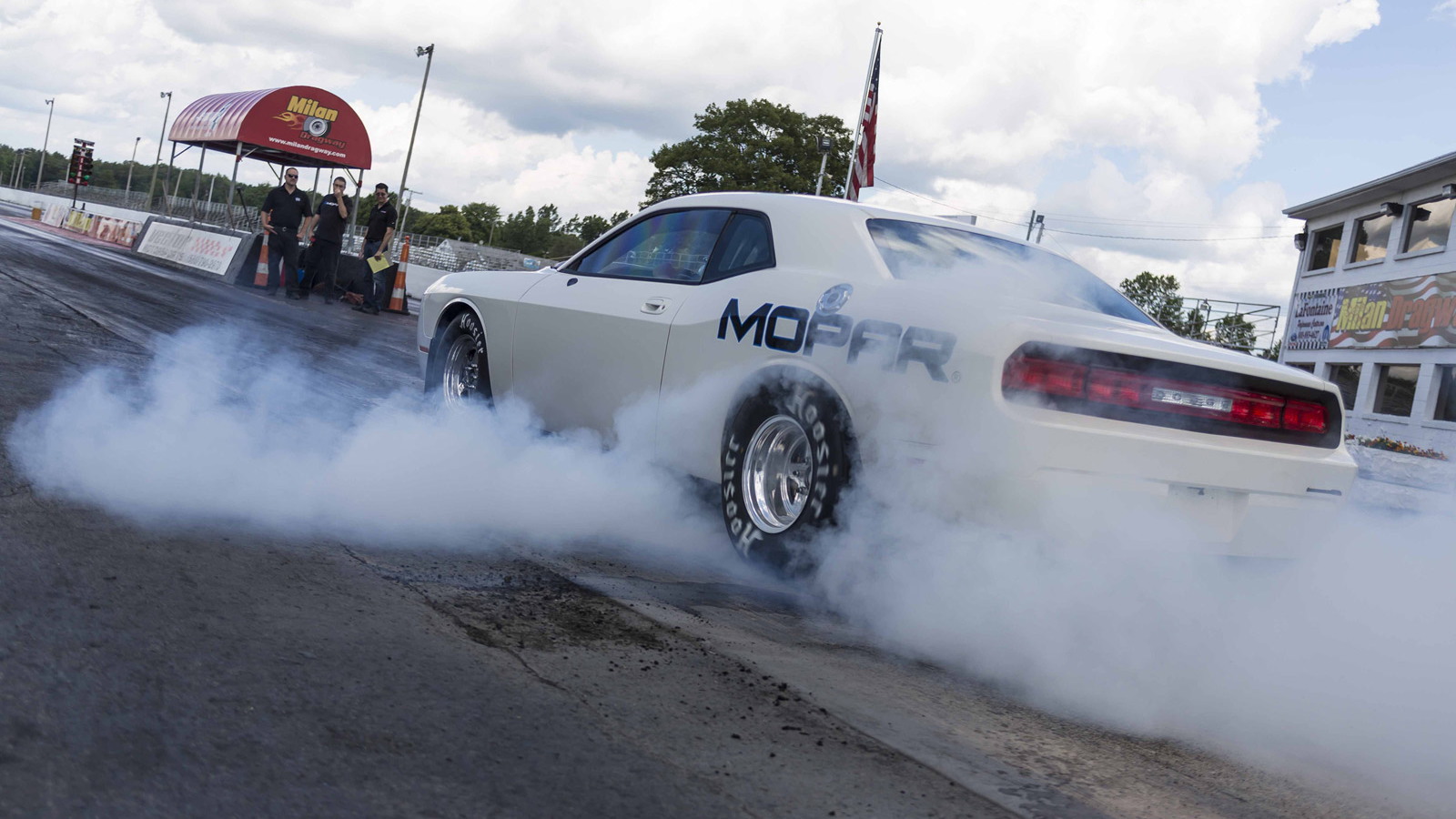 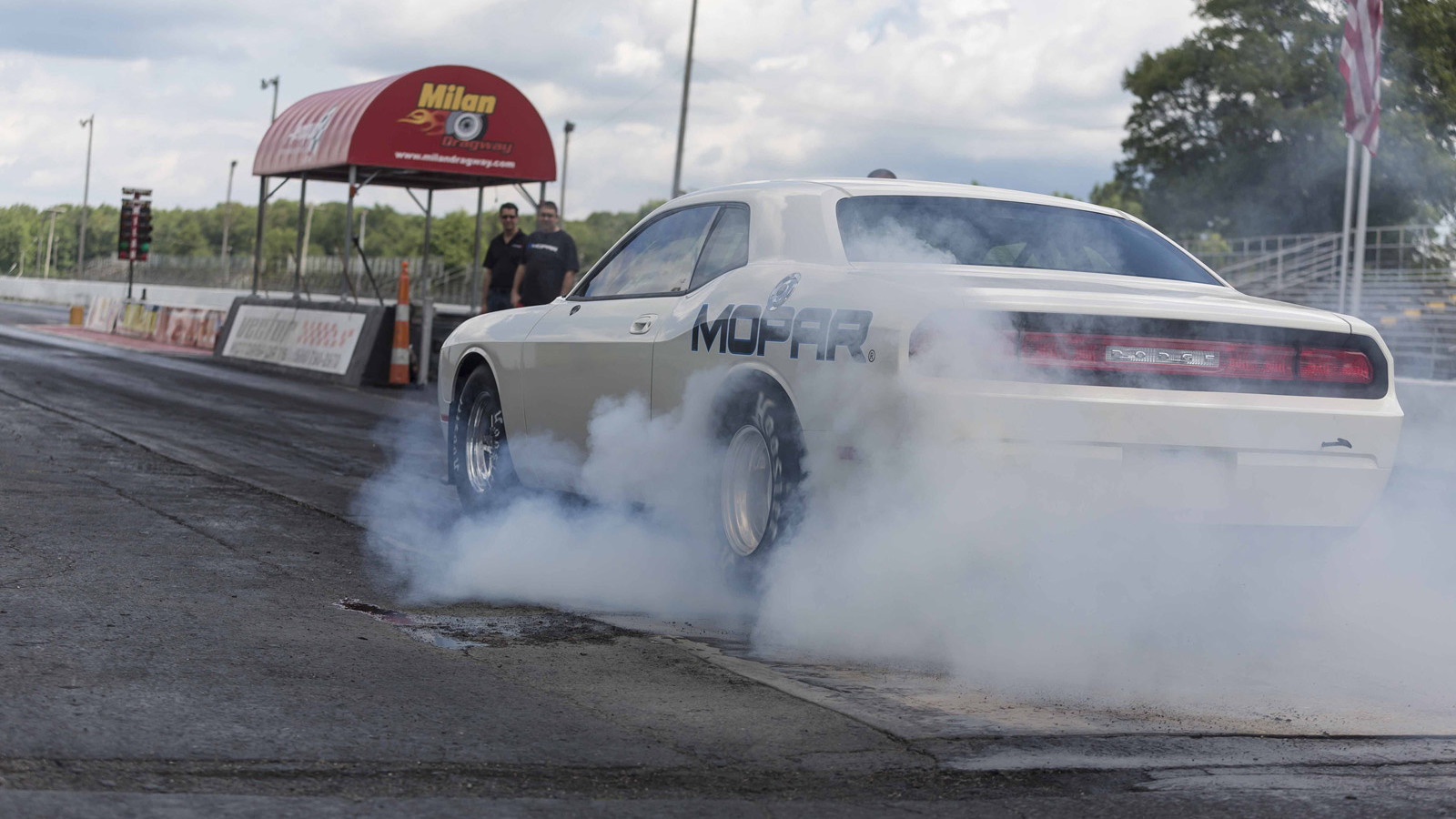 12
photos
Dodge has given drag racing fans an early look at the 2015 Challenger Drag Pak by unveiling a prototype version at the 60th annual National Hot Rod Association U.S. Nationals meet currently underway in Indianapolis. The new drag racer is based on the recently updated 2015 Dodge Challenger but features a number of modifications designed for motorsport.

Under the hood sits a 7.0-liter (that’s 426 cubic inches) HEMI V-8 built for racing. It features an aluminum block, steel liners and custom calibration. The engine is mated to a Chrysler-based 727 automatic transmission which features a race-style stick shifter with integral line lock. Drive goes to the rear wheels via an aluminum driveshaft, and in the trunk sits a weigh box and battery.

The body and interior are based on the SRT-version of the 2015 Challenger but a few Mopar enhancements have been fitted. These include custom gauges, driver and passenger lightweight racing seats, safety nets, harnesses and a roll cage. The vehicle is also equipped with 15-inch wheels shod with drag racing tires measuring 28x4.5 inches up front and 30x9 inches in the rear. Stopping power comes from Precision Performance rotors, calipers and master cylinder.

Note, as this is still a prototype, all specifications are preliminary and being evaluated. Furthermore, the vehicle’s specs are still pending NHRA approval as well as feedback from potential buyers.