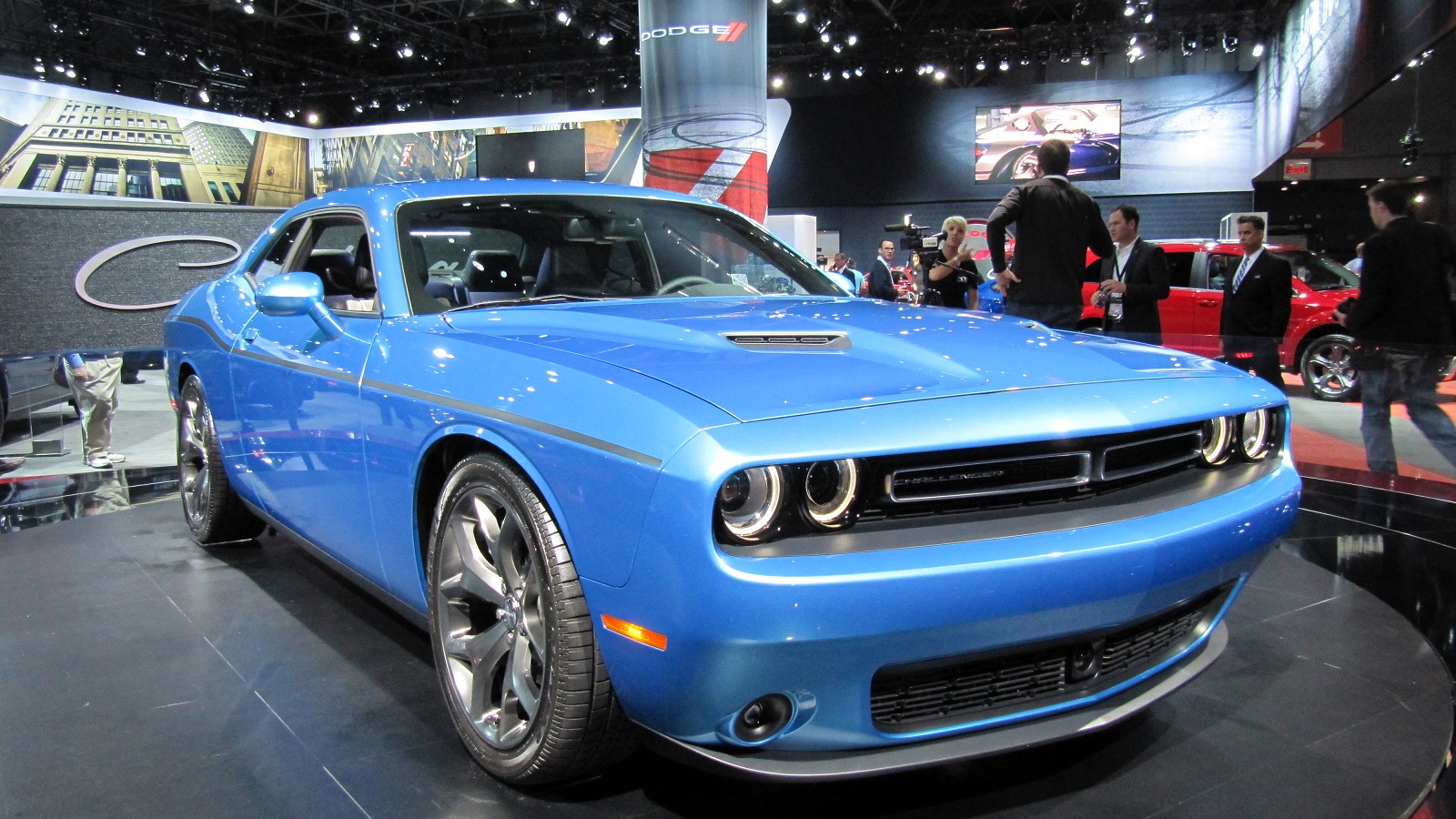 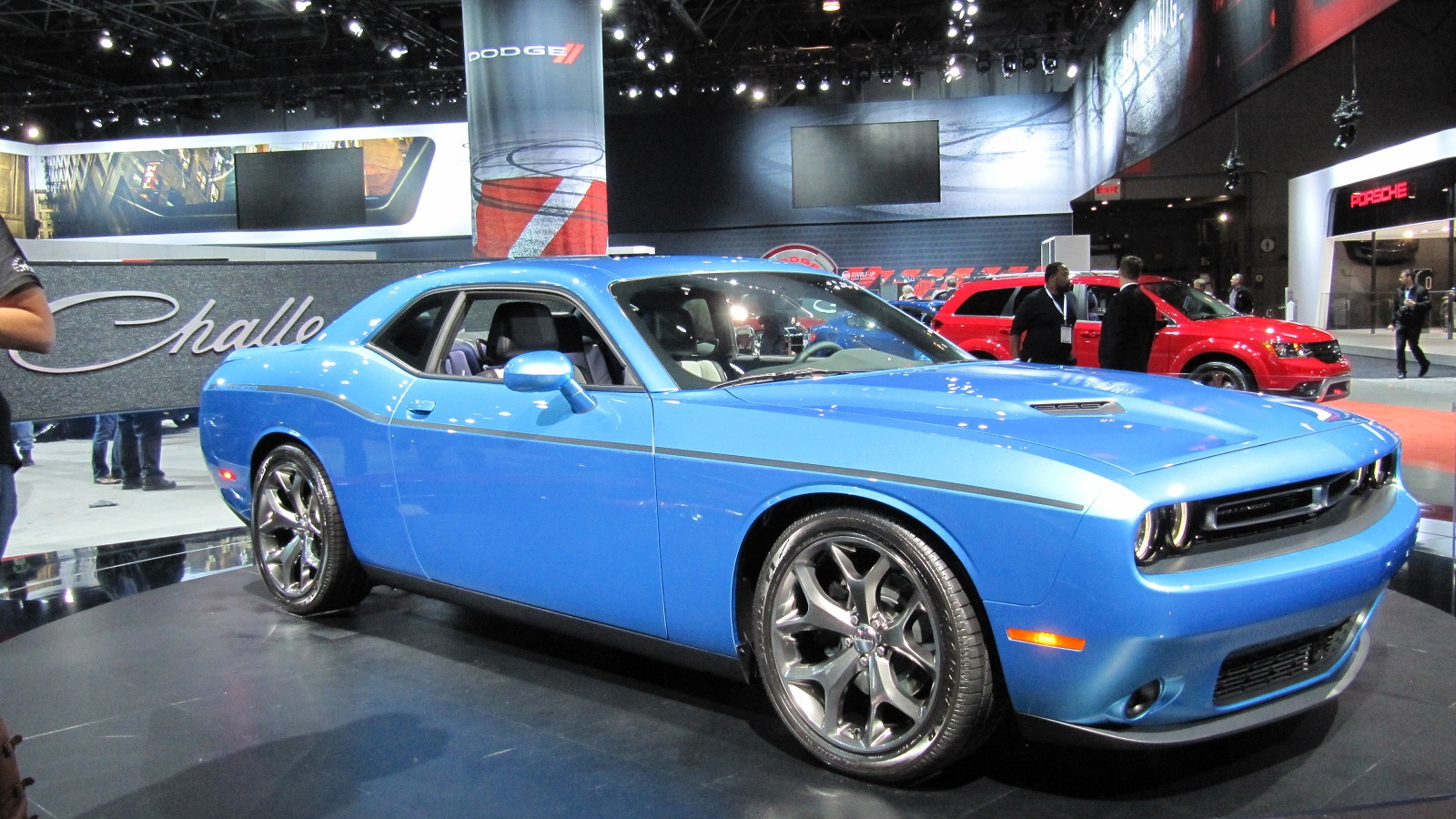 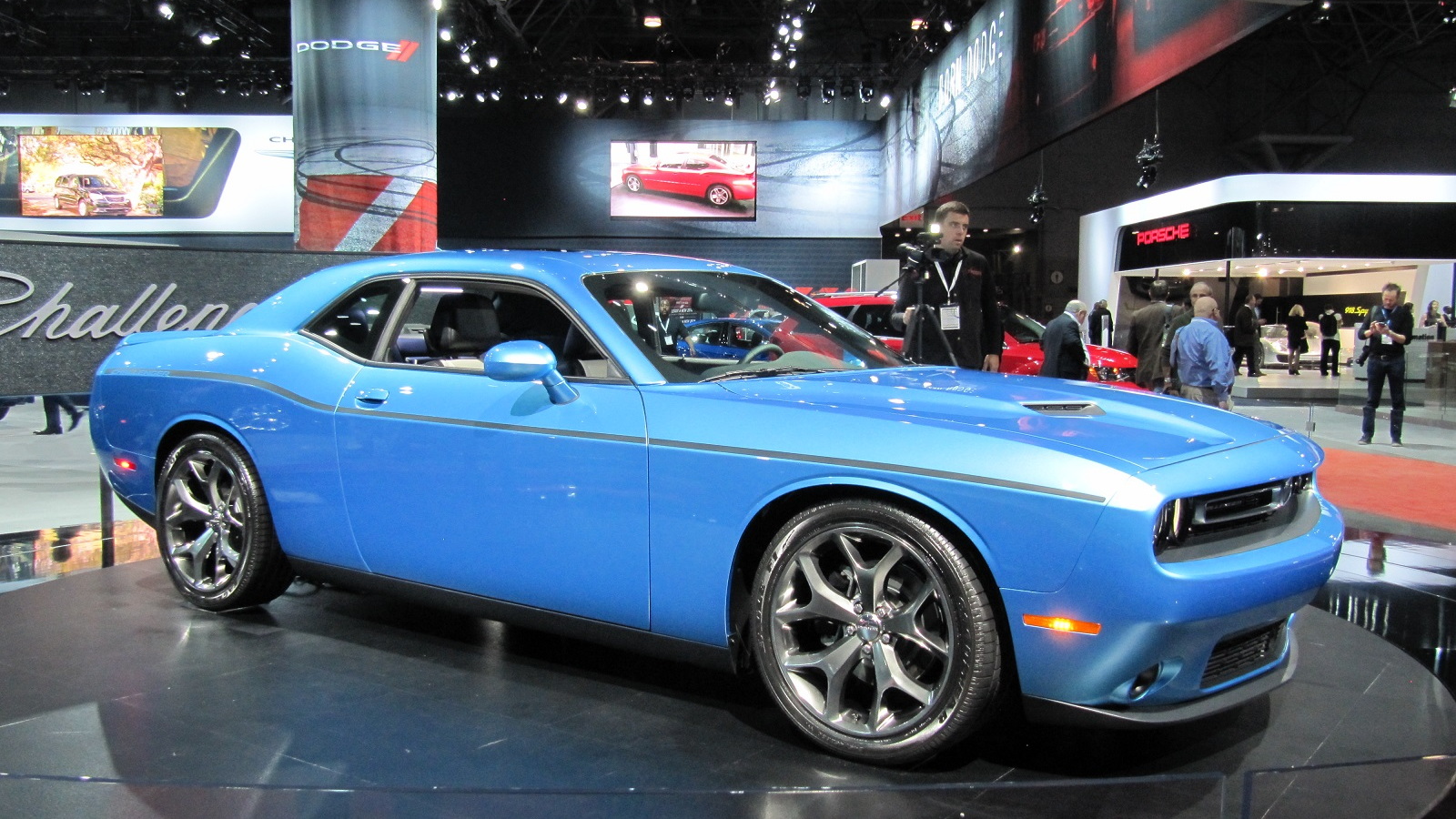 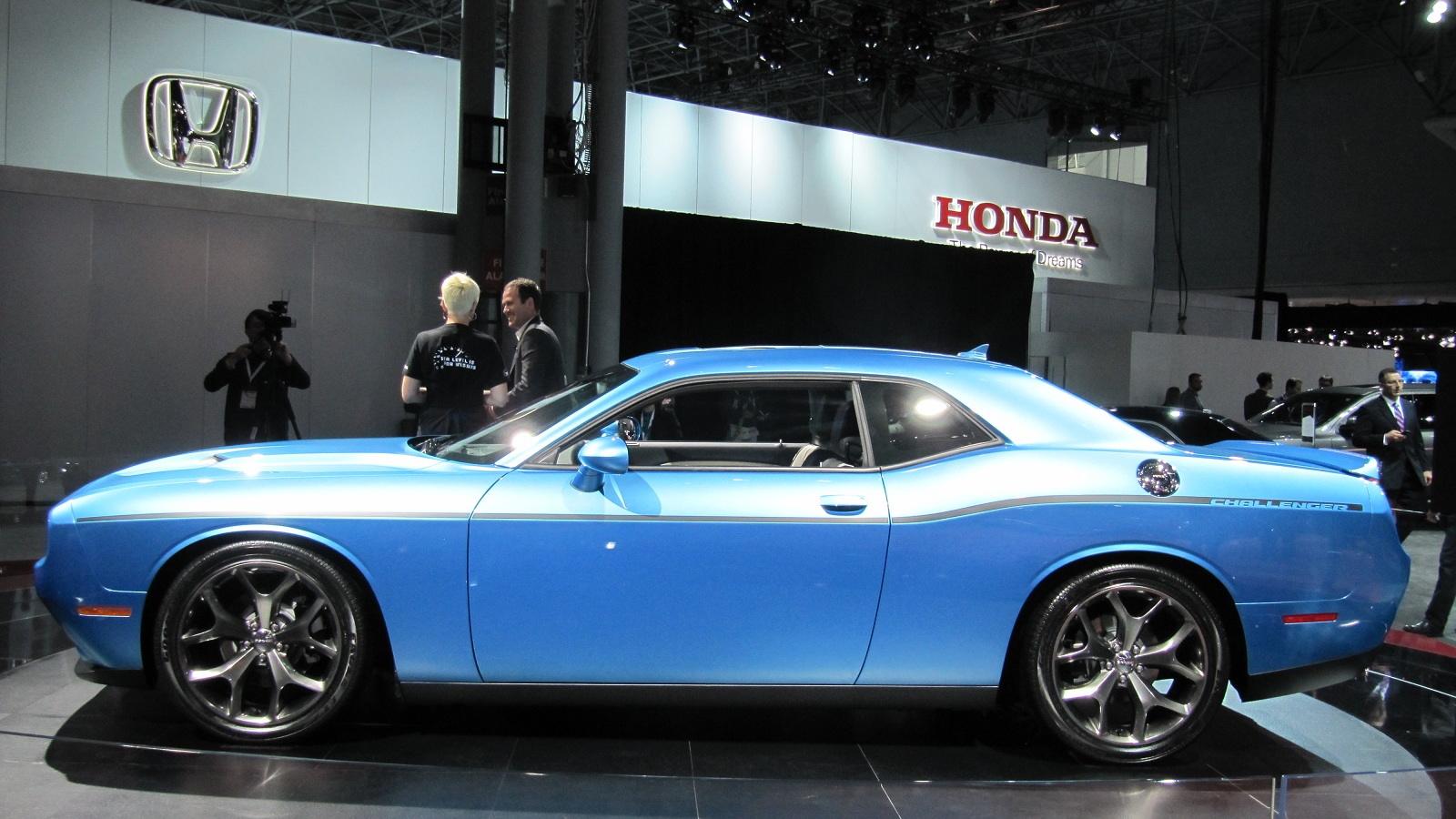 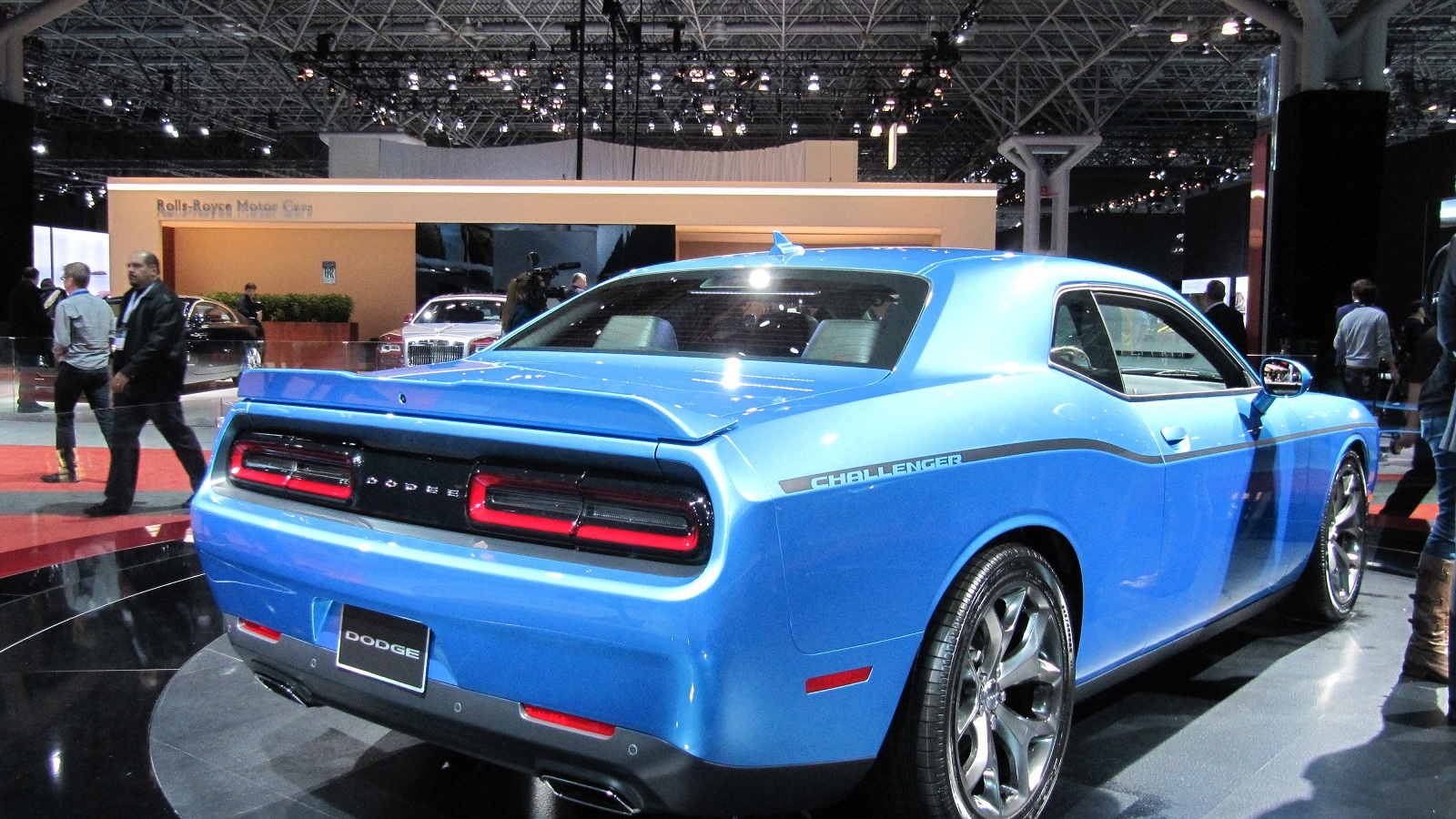 52
photos
Dodge has finally taken the covers off its 2015 Challenger, but the model we’re most interested in, the high-performance SRT, is nowhere to be seen. Hopefully we’ll see it soon, as it’s the one that’s expected to get Chrysler’s new supercharged 6.2-liter HEMI V-8 dubbed the Hellcat. We’re sure of this because previous SRT powerplants like the 6.4-liter HEMI V-8 are now offered in the regular Challenger.

The most powerful models are those with the 6.4-liter HEMI V-8 (6.4-liter Scat Pack and 392 HEMI Scat Pack Shaker). The engine makes up to 485 horsepower and 475 pound-feet of torque, and when hooked up with the new eight-speeder can accelerate the big coupe from 0-60 mph in the mid-4.0 second range. The quarter mile time is in the low-12 second range while the top speed is a claimed 182 mph. These models also get Brembo brakes and 20-inch aluminum wheels.

Next in line are the R/T, R/T Plus, R/T Shaker and R/T Plus Shaker, which get a 5.7-liter HEMI. These have an output of 375 hp and 410 lb-ft of torque.  Finally, there are the entry-level models, the SXT and SXT Plus. These get Chrysler’s ubiquitous 3.6-liter Pentastar V-6, whose output remains capped at 305 hp.

For the handling, engineers have added an electronic steering system with three levels of adjustment, a Super Track Pak suspension upgrade, and a vehicle dynamics adjustment system with a sport mode that allows you to set throttle, transmission and steering performance to their most potent settings.

You’ll be able to distinguish the 2015 Challenger from the outgoing model by its new split grille, LED daytime running lights, revised tail lamps and more pronounced power bulge on the hood. Inside, you’ll find a high-sill center console, driver-focused instrument panel, aluminum bezels and a host of new color and trim options including classic Houndstooth.

There is also the latest technology including Chrysler’s Uconnect Access infotainment system with an 8.4-inch touchscreen. A second 7-inch screen can be found in the main instrument cluster. Safety features include a backup camera, adaptive cruise control, and warning systems for forward collisions, blind spots and rear cross traffic.

Production of the 2015 Dodge Challenger lineup will take place at Chrysler’s Brampton Assembly Plant in Canada. Sales commence this fall.

The full range is on show this week at the 2014 New York Auto Show. To see what else the show has to offer, head to our dedicated hub.