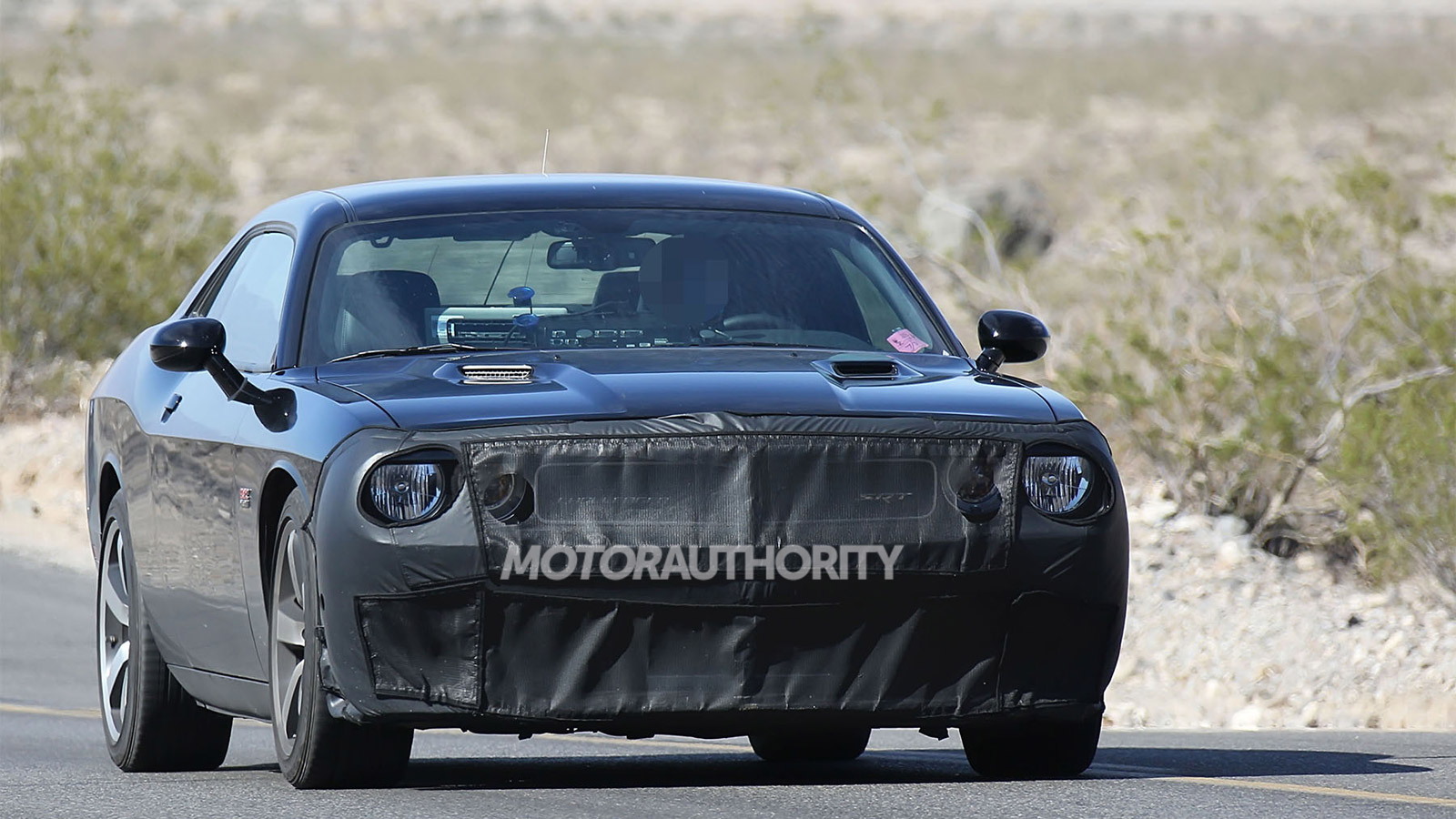 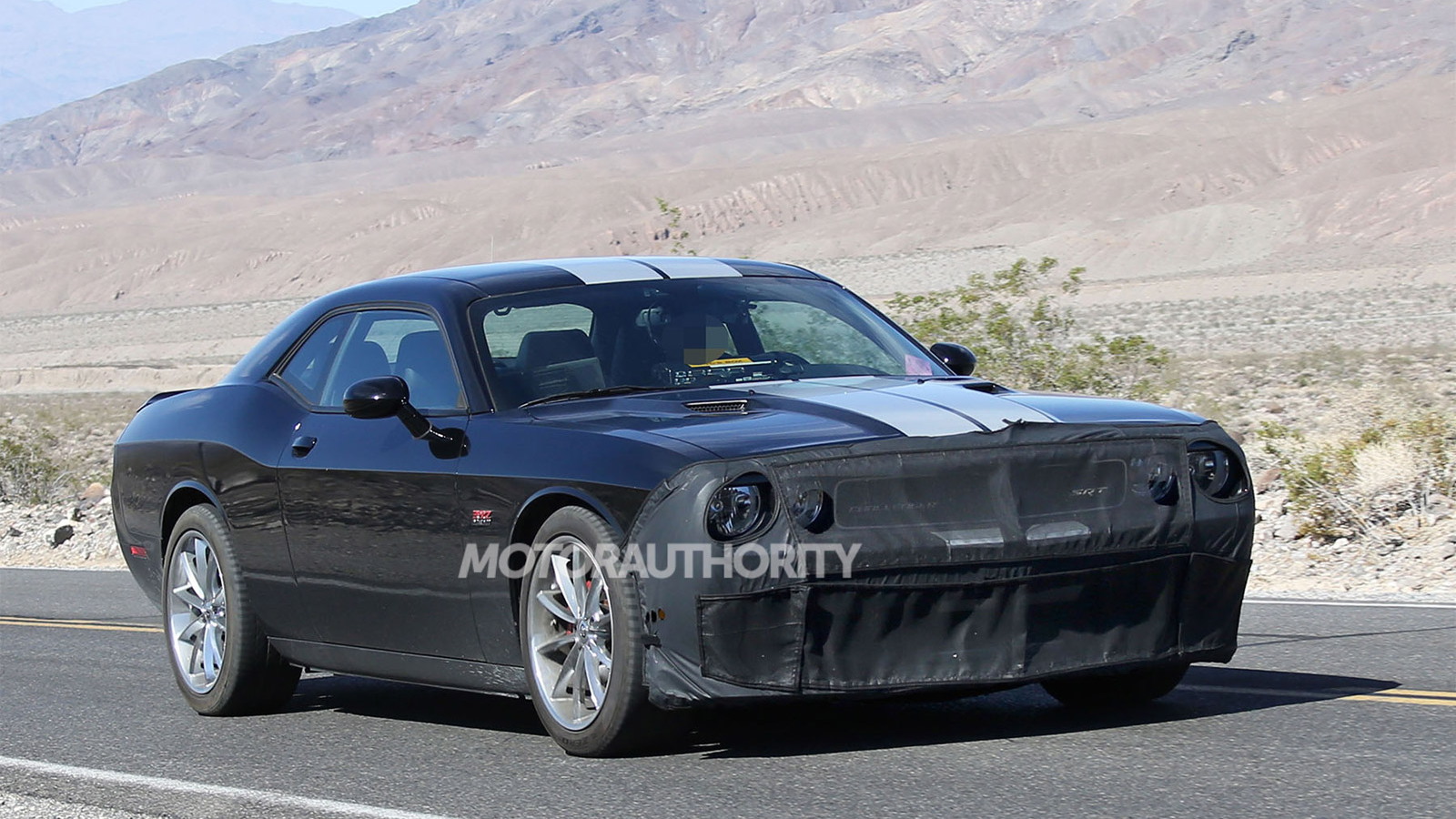 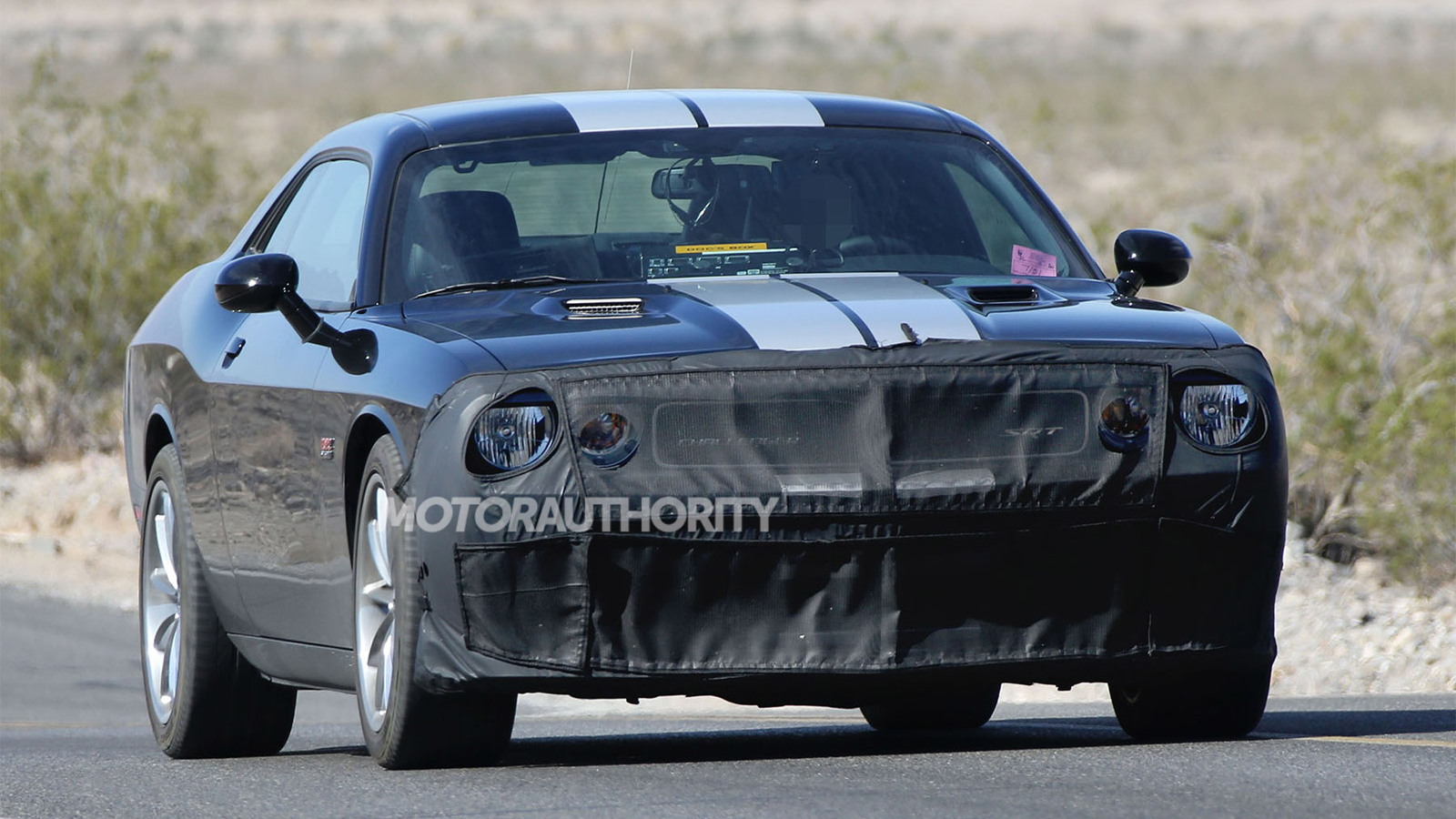 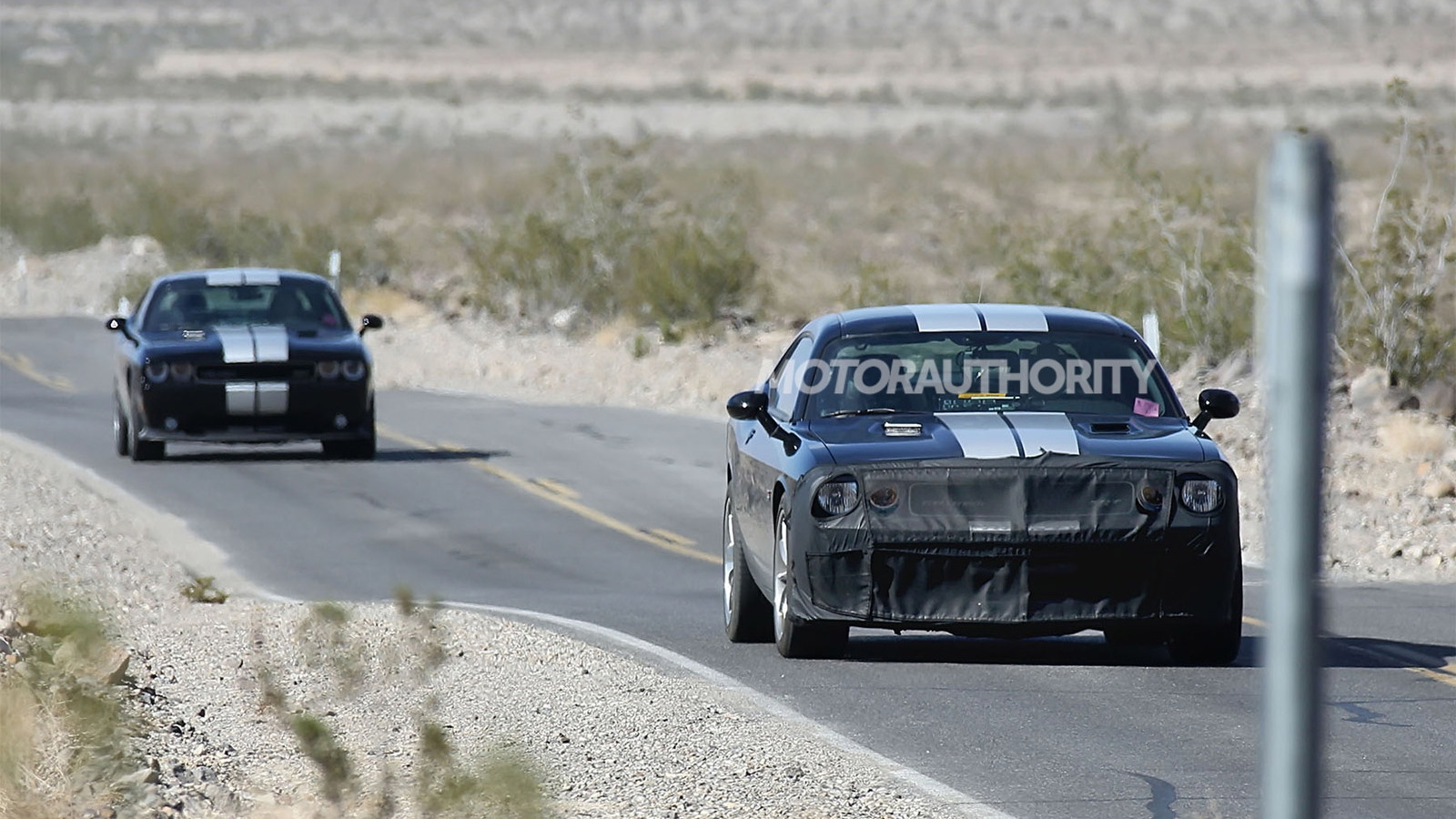 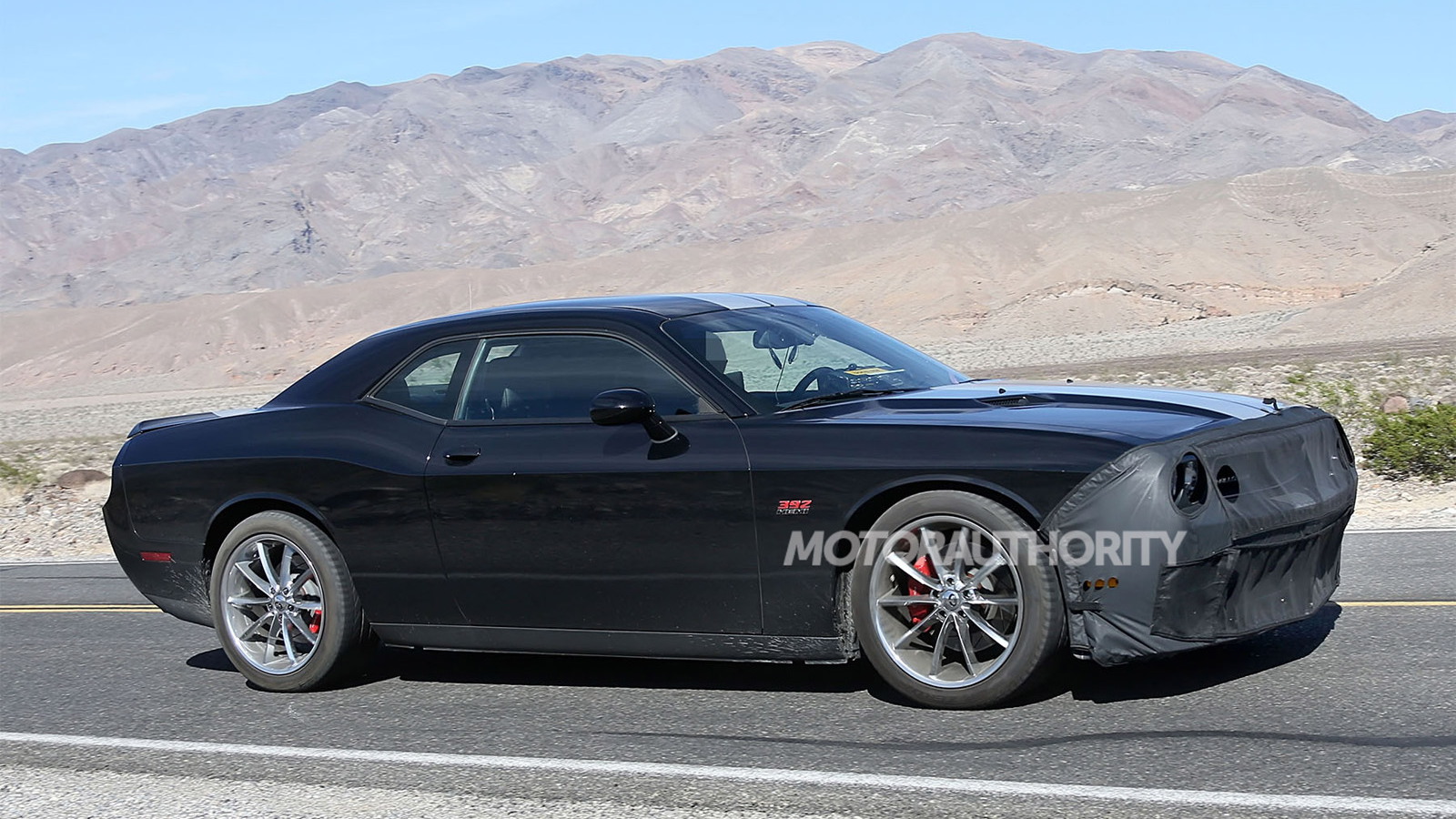 16
photos
SRT’s ultimate Dodge Challenger has been spotted for the first time, testing in prototype form in the harsh conditions of California’s Death Valley. The car is believed to be packing a new supercharged version of Chrysler’s HEMI V-8, code-named the Hellcat, and has been billed by SRT boss Ralph Gilles as the “answer” for the recently revealed 2014 Chevrolet Camaro Z/28.

A couple of years ago, we first brought you news SRT was planning a supercharged version of its HEMI V-8 to bring the performance of its models closer in line with that of rivals from General Motors and Ford, both of which have launched a new generation of supercharged V-8 engines in recent years.

Then, in April of this year, Ralph Gilles confirmed that a hardcore Challenger was in the works but provided no further details. Just one month later we learned that a Hellcat supercharged HEMI V-8 was in the works and would be based on the 6.2-liter HEMI block and not the 6.4-liter version featured in the Dodge Challenger SRT8 392.

It’s been reported that the Hellcat upgrade will be the last hurrah for the current HEMI V-8 design, and possibly for the current Challenger muscle car, and that power levels may come close to matching the 640 horsepower of the 8.4-liter V-10 in SRT’s Viper supercar. It will need all the horses it can muster, as the Camaro Z/28 is rated at 500 horsepower, the Camaro ZL1 at 580 horsepower and the Shelby Mustang GT500 at a staggering 662 horsepower.

The prototype in these latest spy shots is sporting a new lower air-intake design, which is likely to have been enlarged to feed more air to the engine and keep it cool. The mufflers at the rear of the car look to be new as well, and the rear bumper is only a temporary unit so the production version is likely to be different. A rear diffuser and cutouts for the new mufflers are likely.

Hopefully there will be some suspension upgrades and serious weight-saving mods, because the Challenger will certainly need them if it is to keep up with its rivals at the track.

Sales should begin late next summer, making it a 2015 model. A name for the car is yet to be determined.