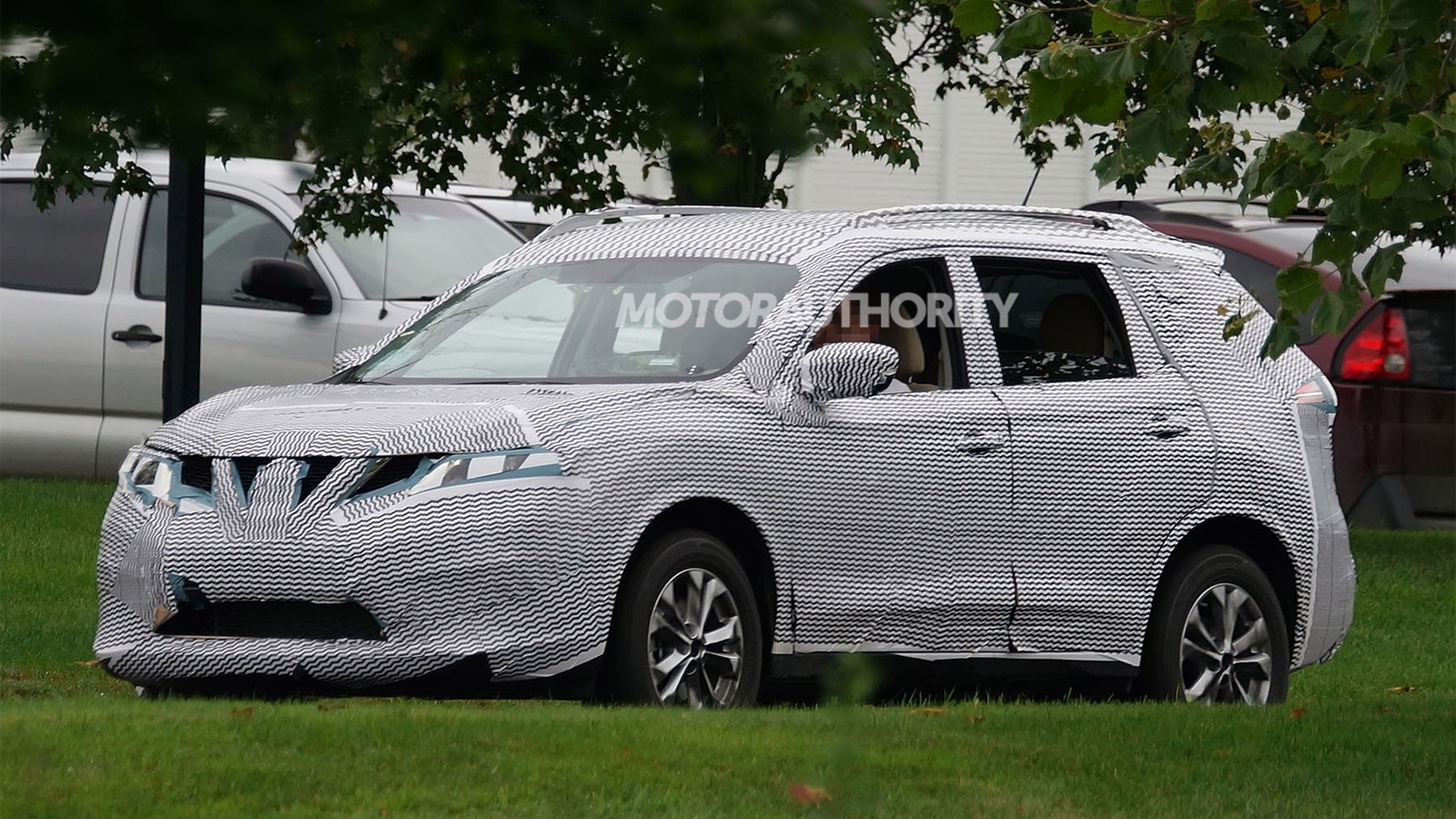 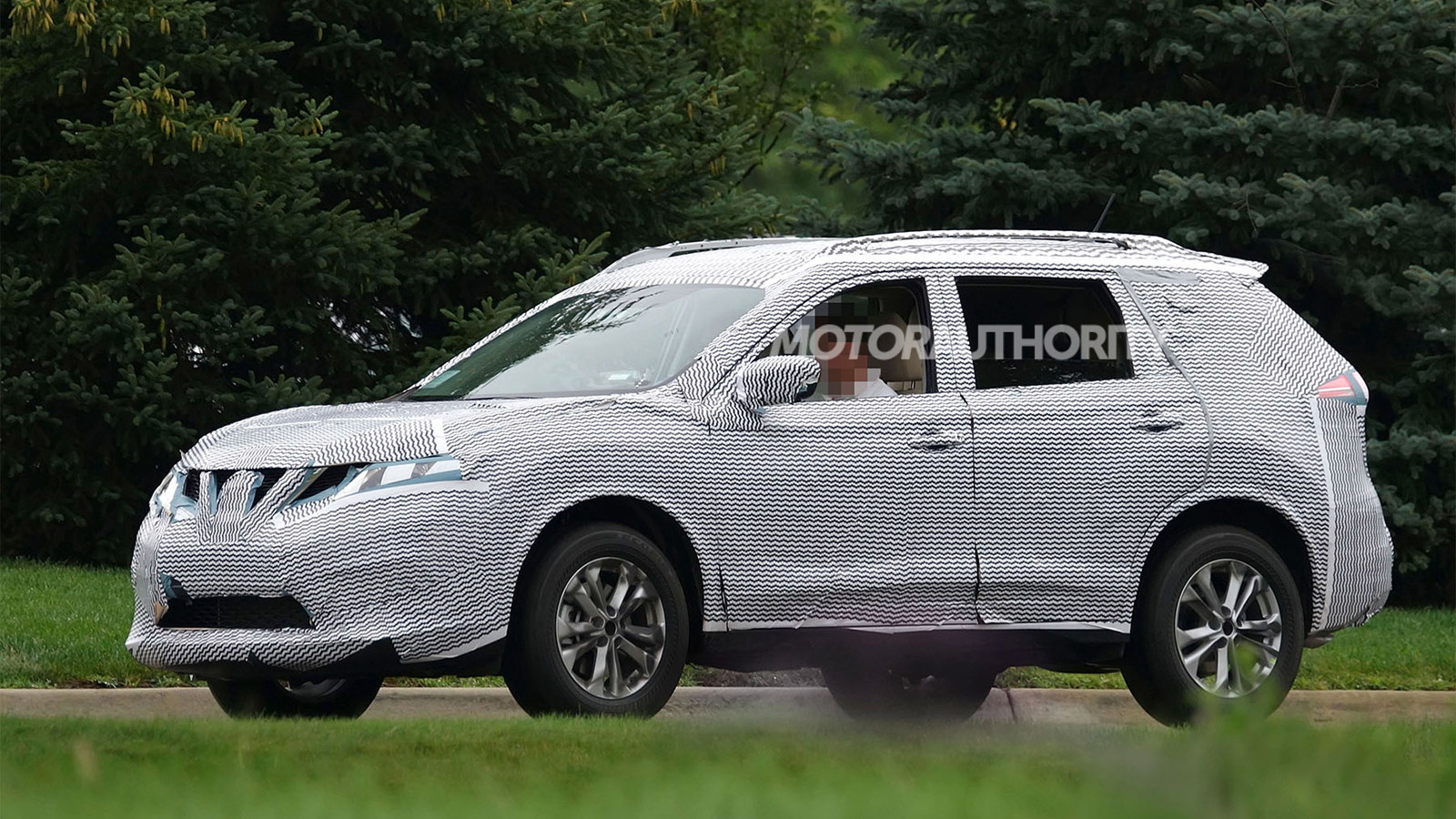 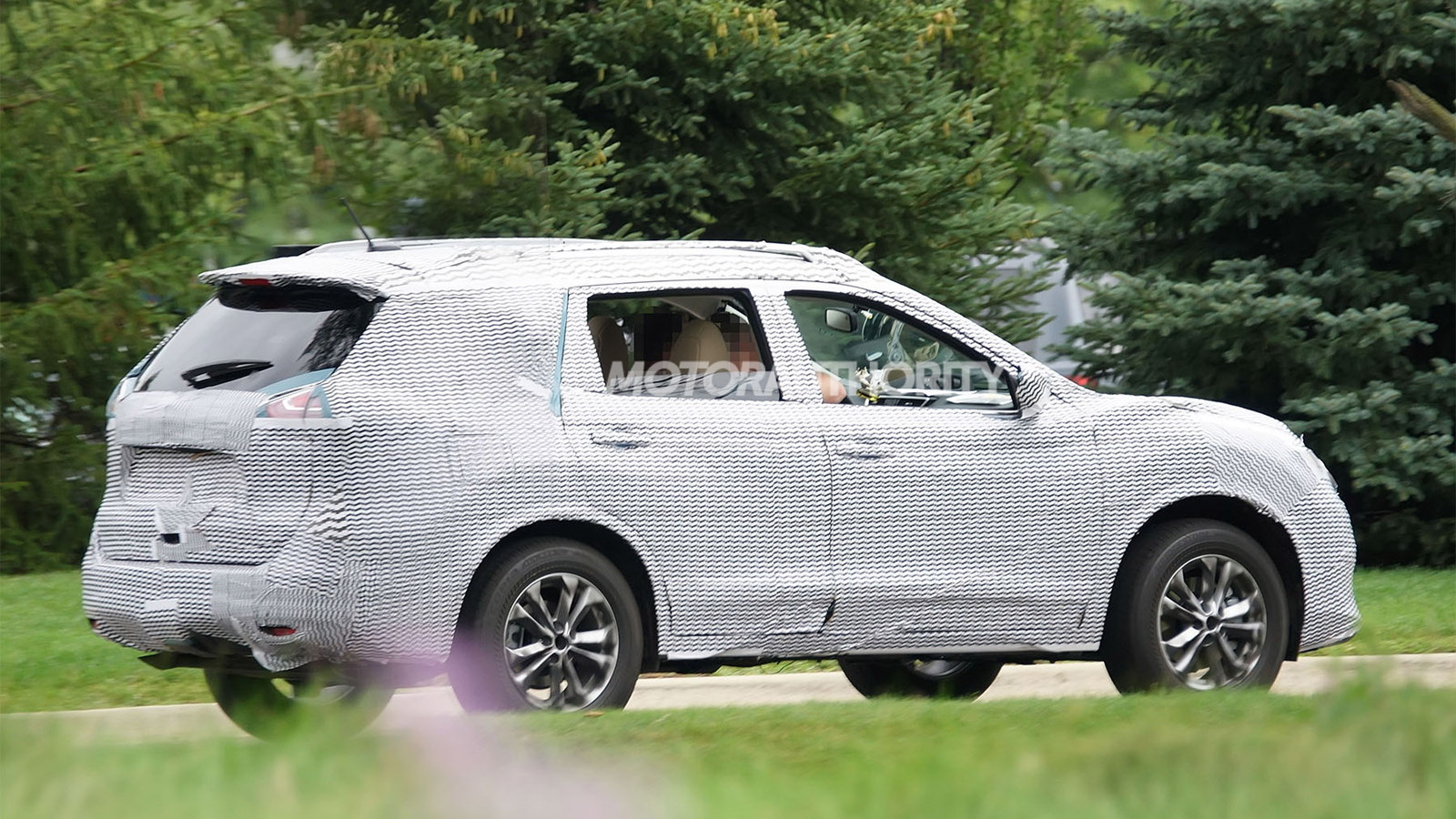 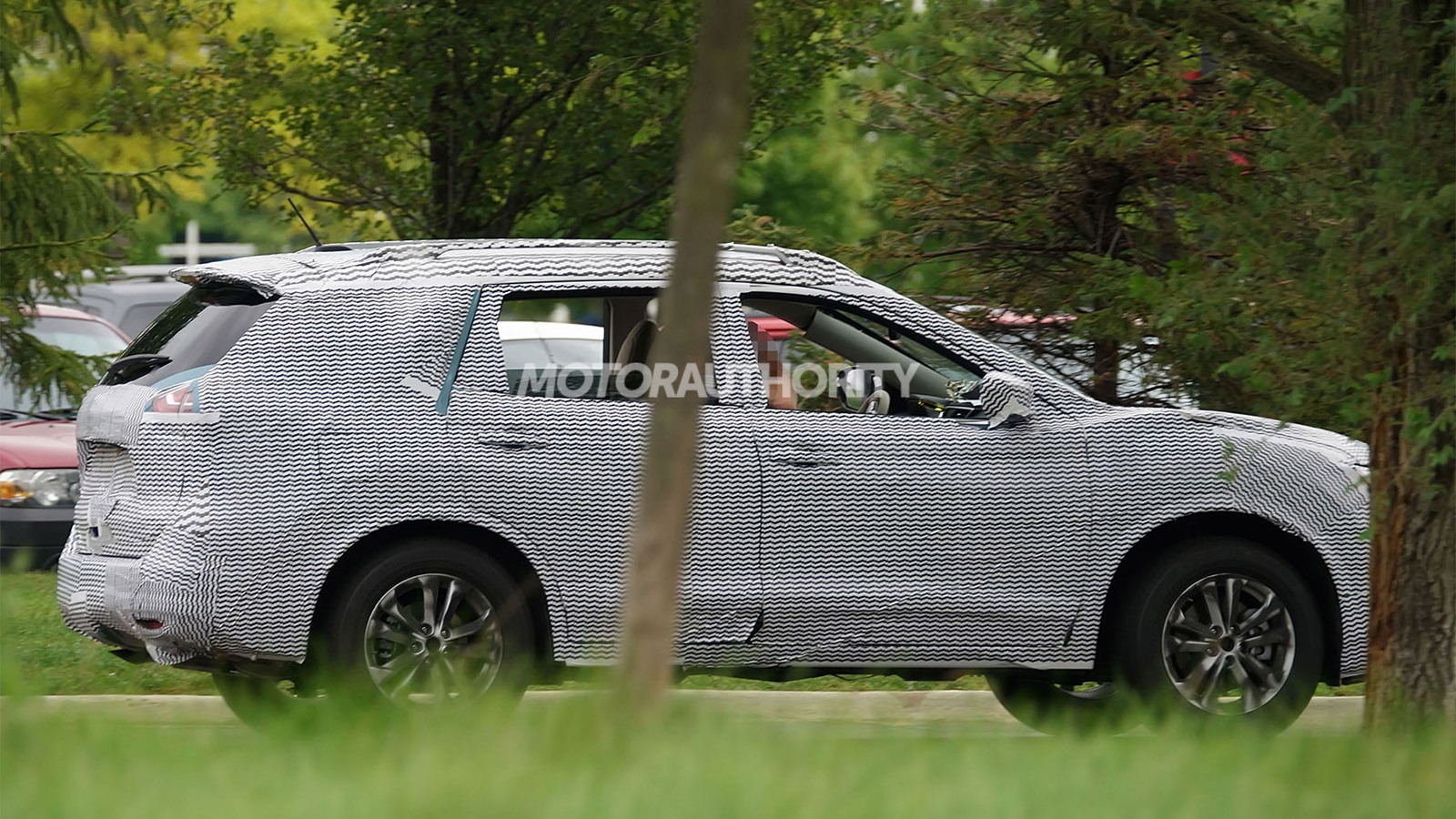 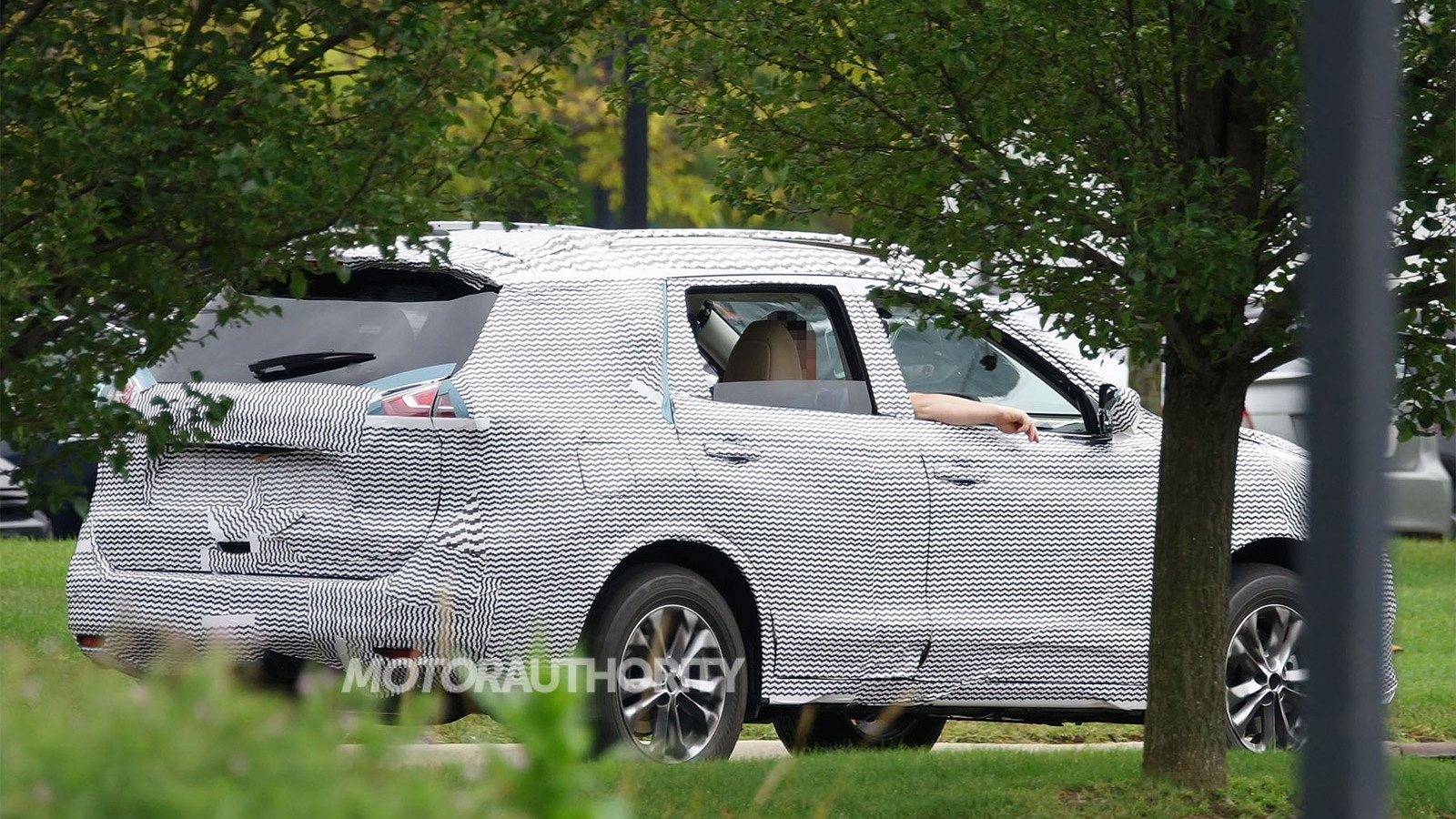 7
photos
Nissan’s aging Rogue crossover, on sale since 2007, is about to be replaced by a brand new model, pictured here testing in prototype form. The new model will still be called a Rogue, though overseas it will be known as the X-Trail.

As the spy shots confirm, the new Rogue, which we’re expecting to land in showrooms towards the end of the year, as a 2014 model, will resemble the stylish Hi-Cross concept car that we saw at the 2012 Geneva Motor Show. Key elements of the design will be an angular nose, sweeping fender curves and planted stance.

It appears the rather conservative nature of the current Rogue is about to get a more focused identity, which it desperately needs in face of tough competition from the likes of the Chevrolet Equinox, Ford Escape and Toyota RAV4. A shot showing part of the cabin reveals a design unlike anything we’ve seen in a Nissan product before, emphasizing the automaker’s desire to distance the new model from its mundane predecessor.

The vehicle will be one of the first to be spawned from the flexible platform known as Common Modular Family (CMF), developed by engineers from both Nissan and its alliance partner Renault. So far, the only CMF-based model confirmed for the U.S. is this new Rogue.

We don’t have any powertrain details yet but expect the base model to continue with a four-cylinder engine matched to a CVT. Further down the track a hybrid model should be launched, as this setup (a 2.0-liter four-cylinder paired with an electric motor) was previewed in the Hi-Cross concept car.

Look out for a debut of the 2014 Nissan Rogue at the 2013 Los Angeles Auto Show in October.