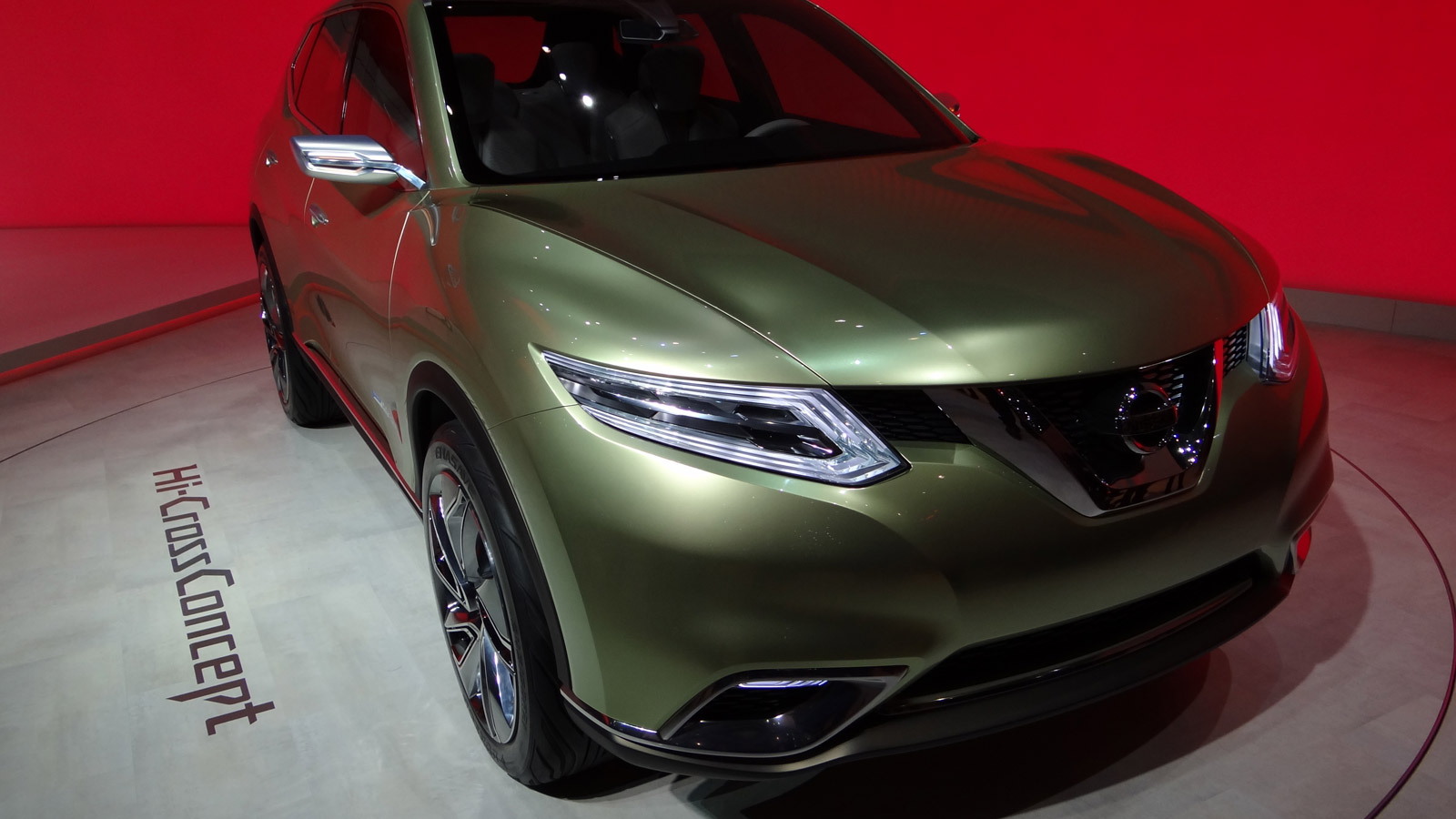 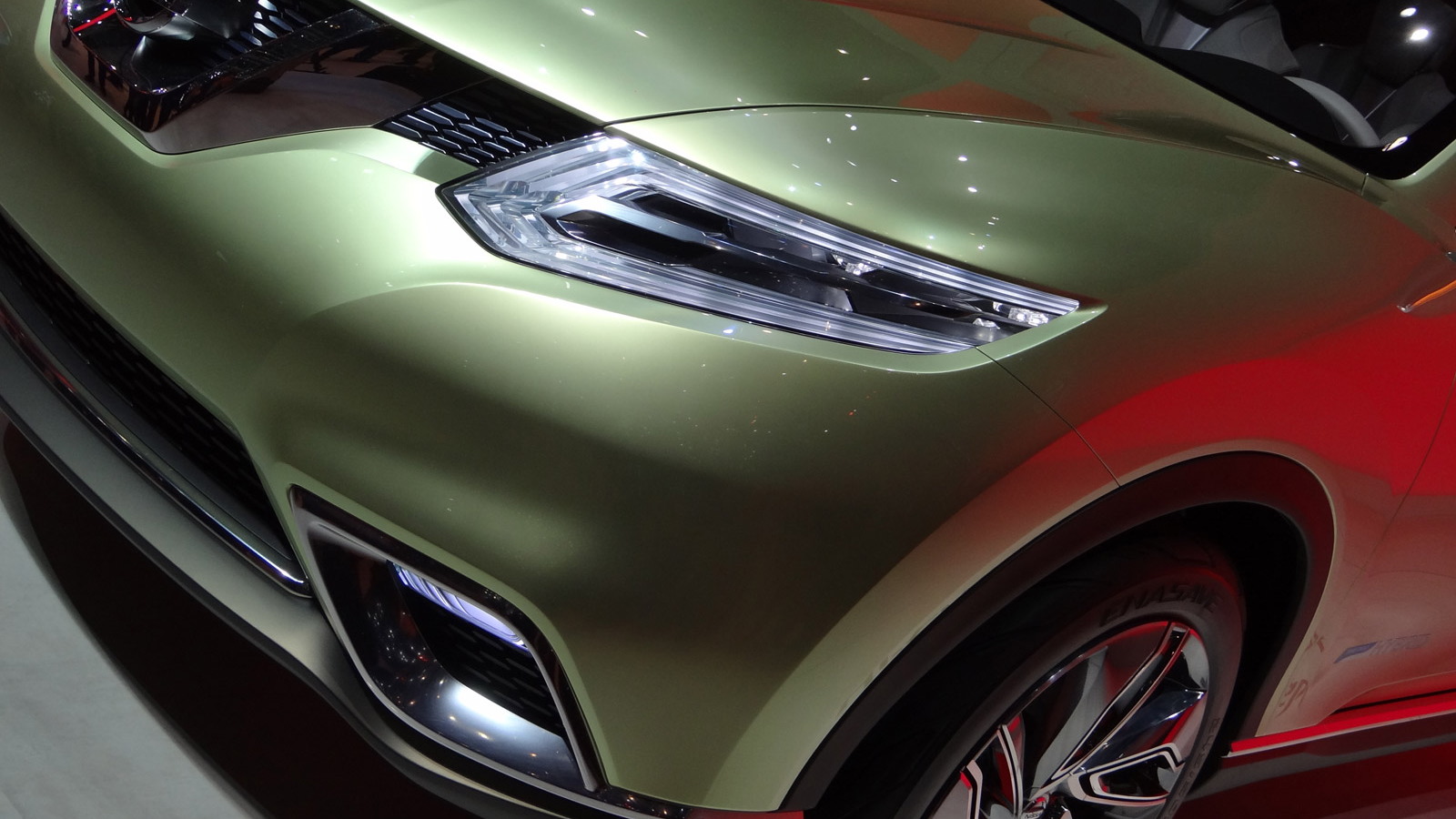 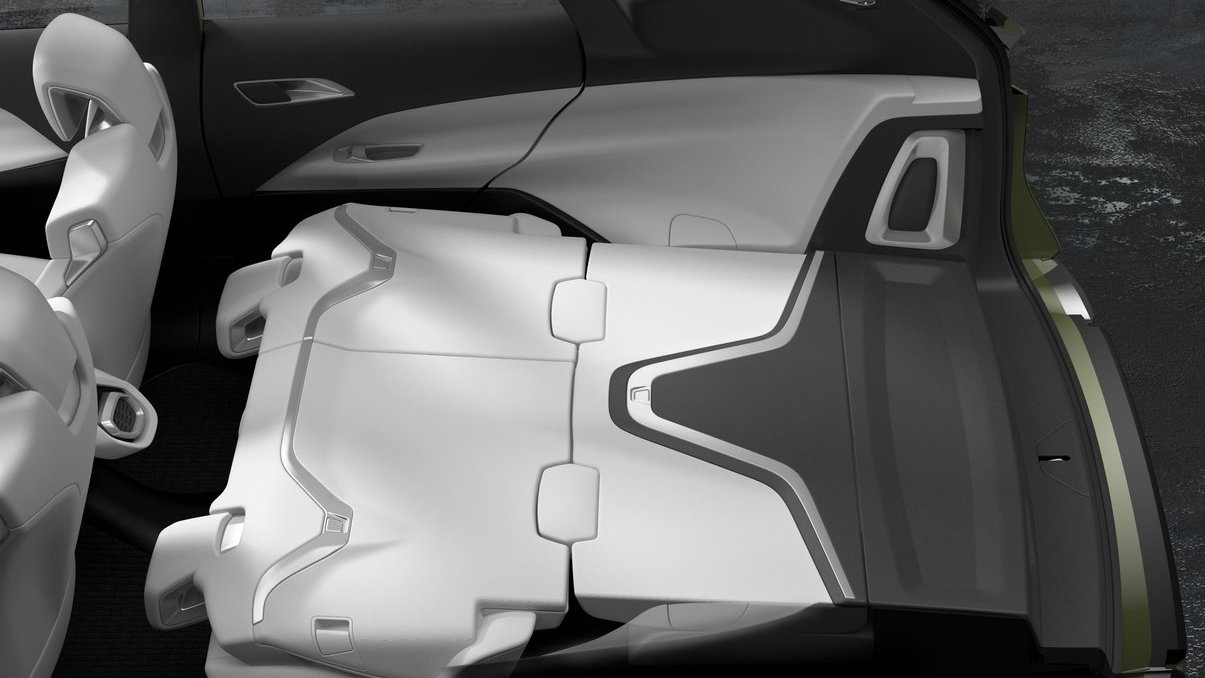 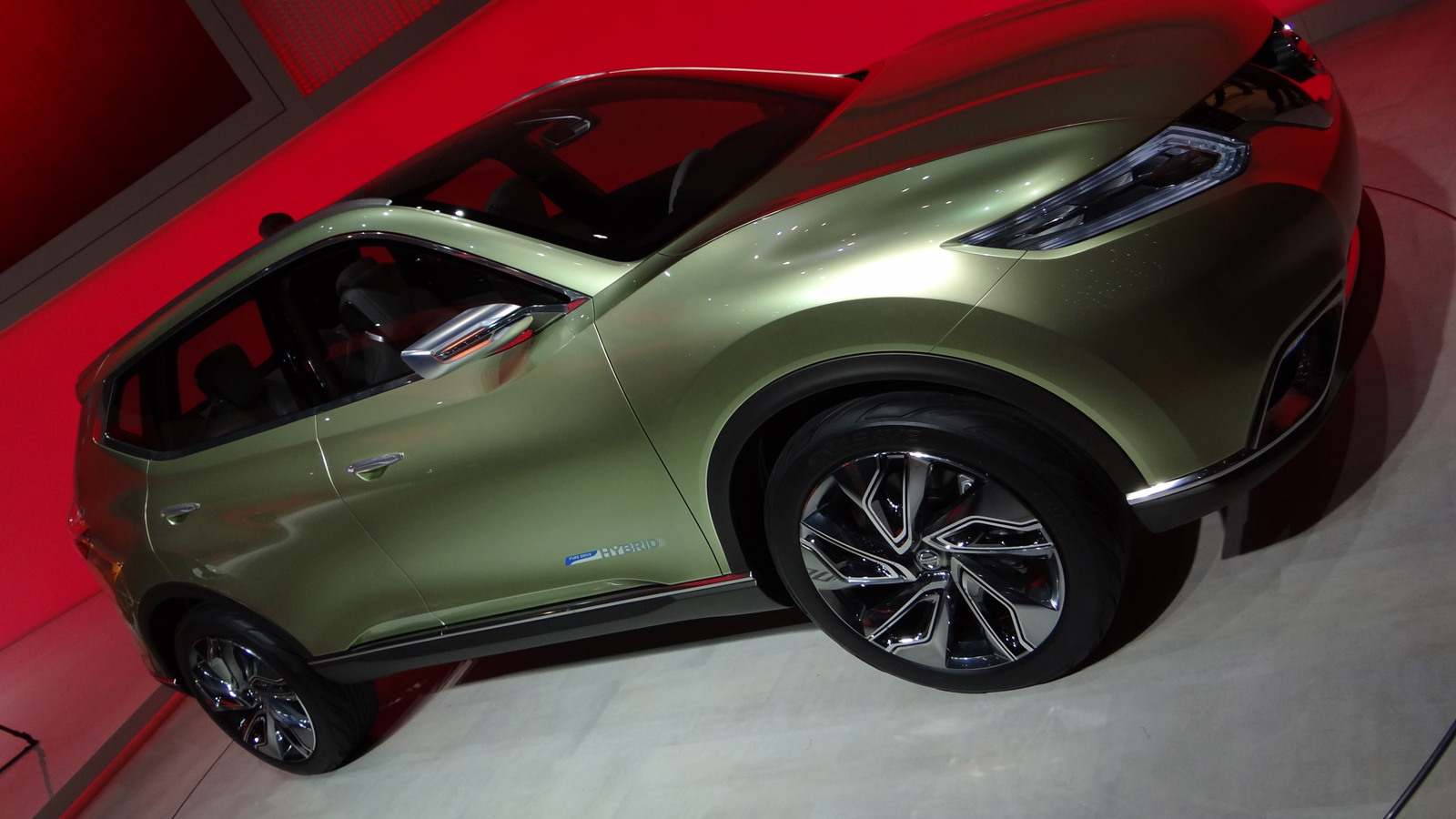 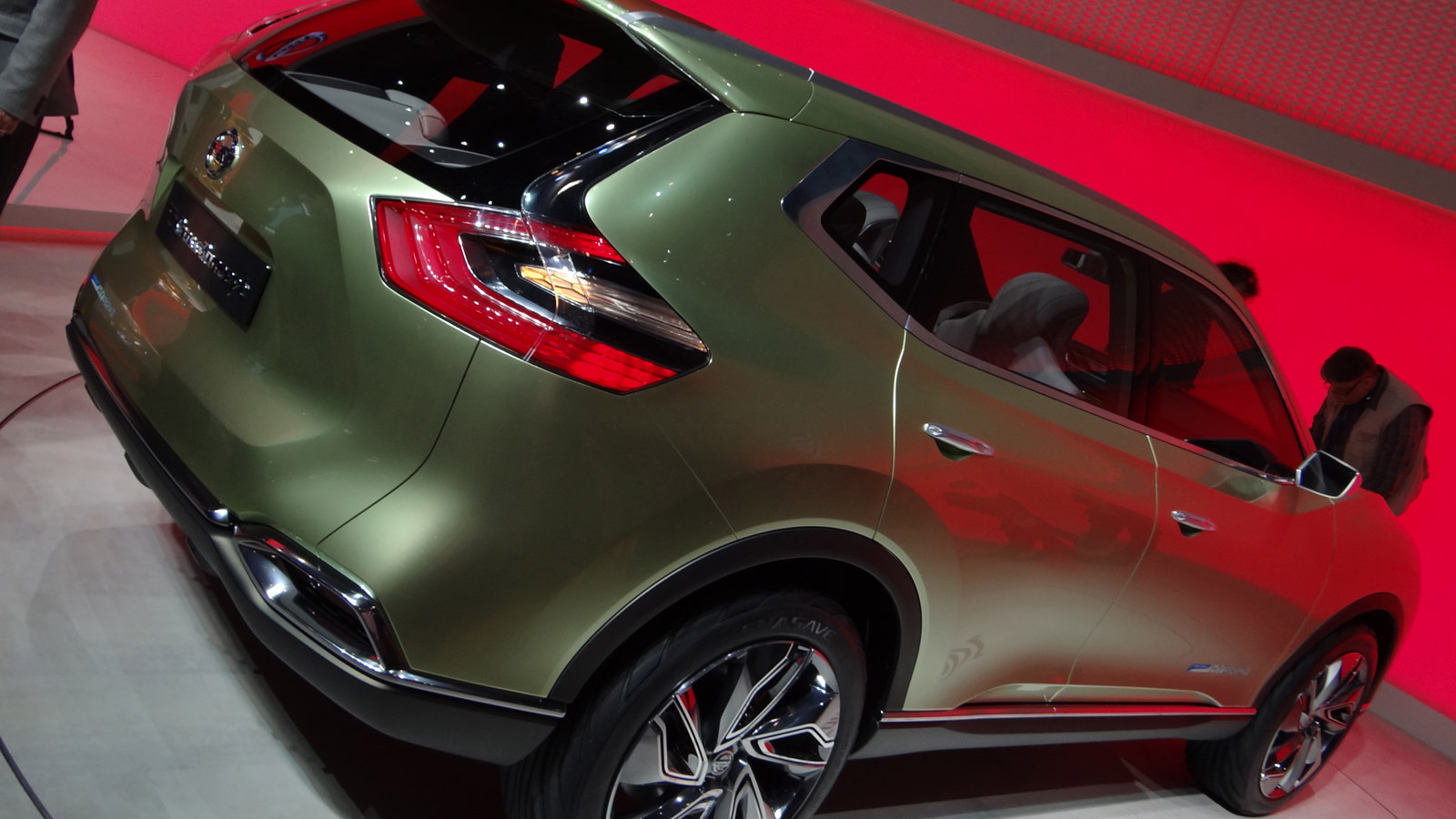 30
photos
At the Geneva Motor Show, Nissan released more details for the Hi-Cross Concept that it's previously teased. At face value, the Hi-Cross provides a first glimpse of a considerably curview next-generation X-Trail crossover—a vehicle that's sold in Europe, Australia, Japan, and other markets.

The Hi-Cross, at first look, appears as if it could also serve as a replacement for the Qashqai—the more radically styled, international-market counter to the North American Rogue crossover. With flared fenders, and an overt look that borrows more than a few cues from the smaller Juke. Sculpted, contemporary lines alongside, plus a crisp, almost flat roofline, all combined with a tall stance and huge 21-inch wheels, bring this design to a mid-point between smooth and rugged. And inside, there's a new 'T-wing'-shaped dashboard design that could replace Nissan's current curvy, bulbous contours.

With its stance and features, the Hi-Cross could compare to a somewhat taller Range Rover Evoque, or to the new Ford Escape.

Power comes from a direct-injection, 2.0-liter four-cylinder engine and electric motor system—with a continuously variable automatic transmission (CVT) of course—to altogether move this vehicle as quickly as the current 2.5-liter engine, Nissan says. A lithium-ion battery system stores energy for the hybrid system, and Nissan says that the engine can be turned off frequently—or the engine can be completely disengaged with a clutch.

The Hi-Cross Concept, which seats seven, is about 183 inches long, with a wheelbase of 109 inches and a width of 73 inches; that's exactly the same size of today's Rogue (though with a three-inch-longer wheelbase), or about six inches shorter than the current Nissan Murano.

According to Nissan, the new concept “heralds a possible new design direction for the company,” and looks at ways in which Nissan might expand the current (overseas-market) portfolio of Juke, Qashkai, and Murano.