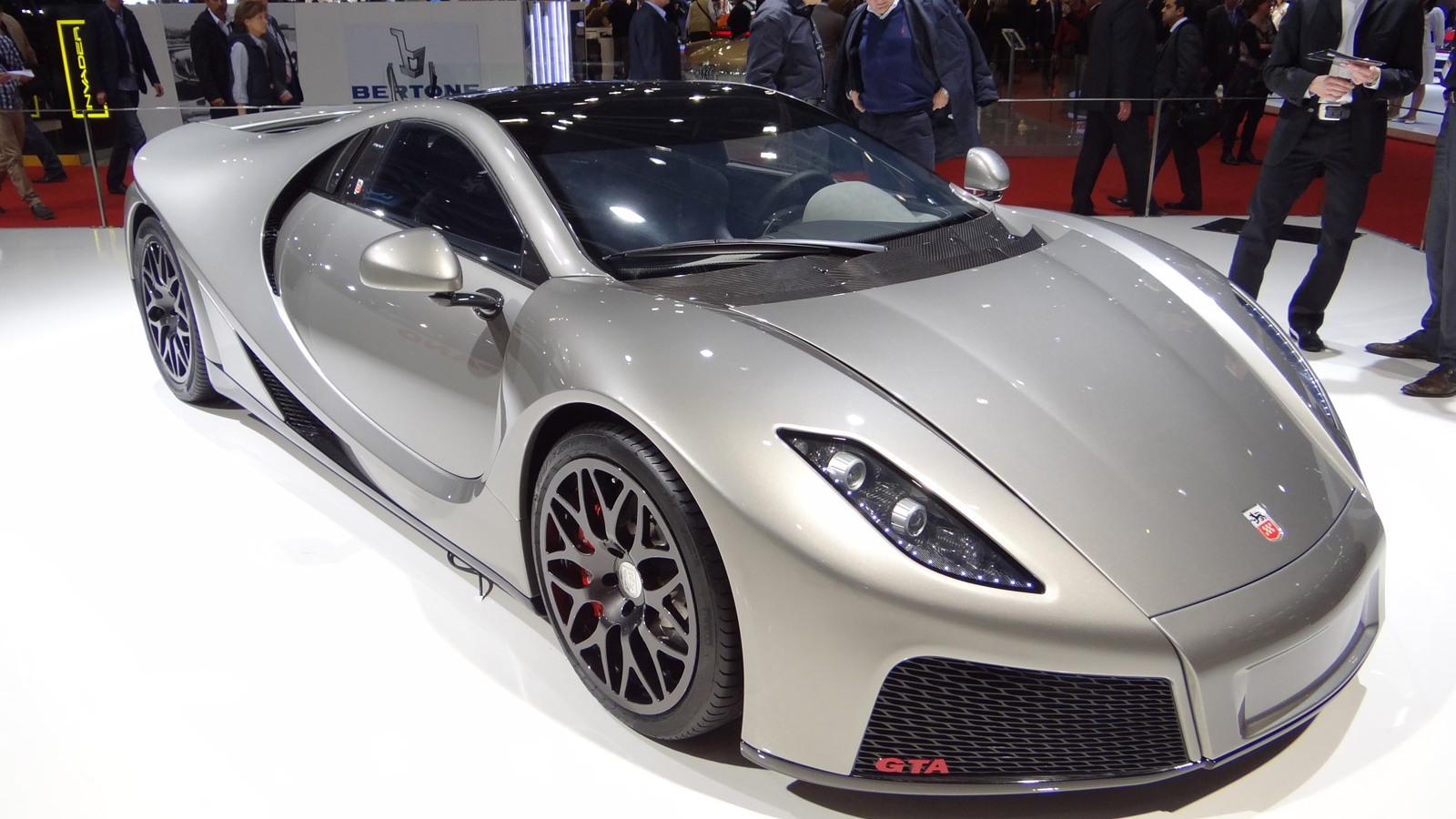 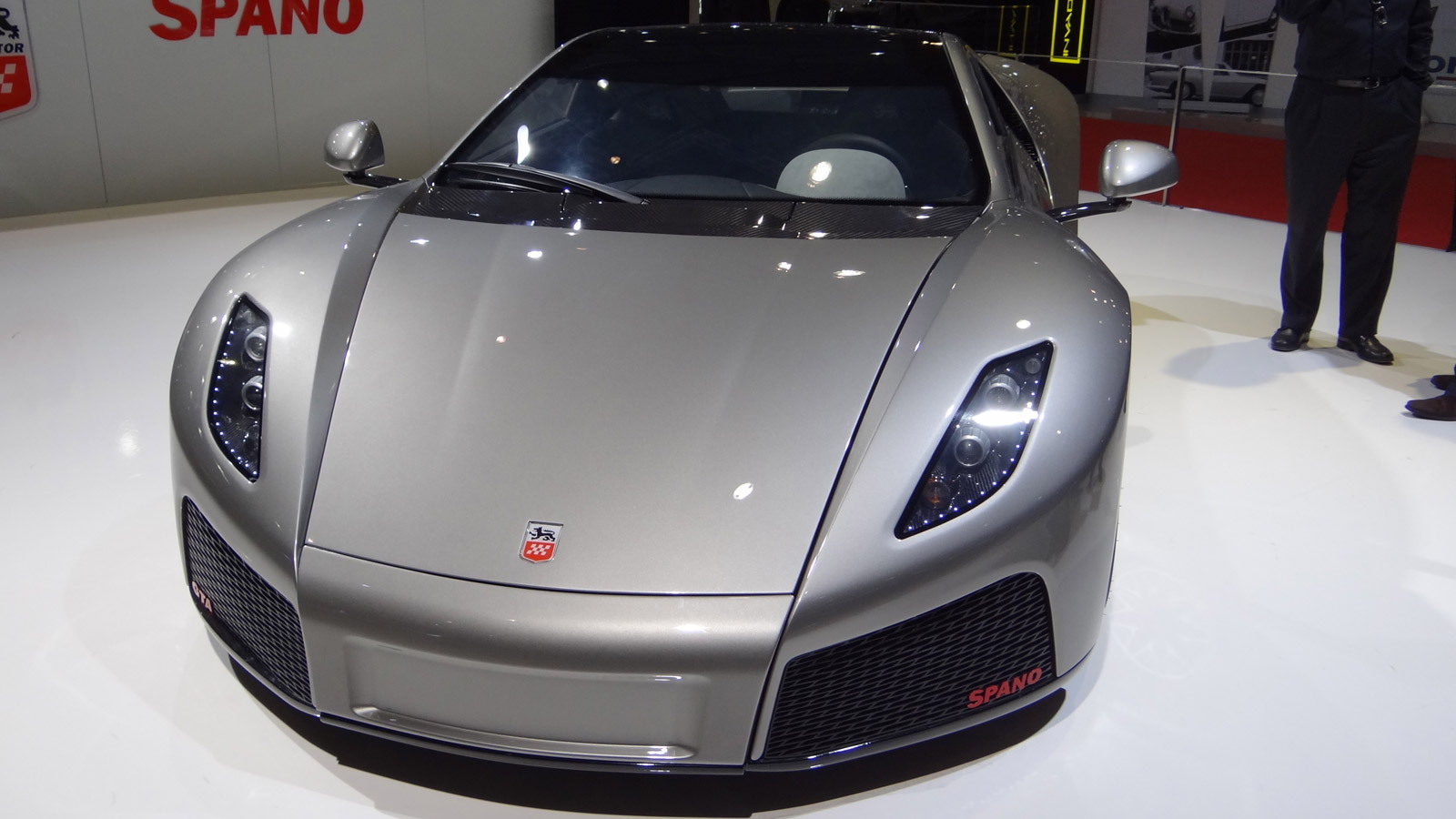 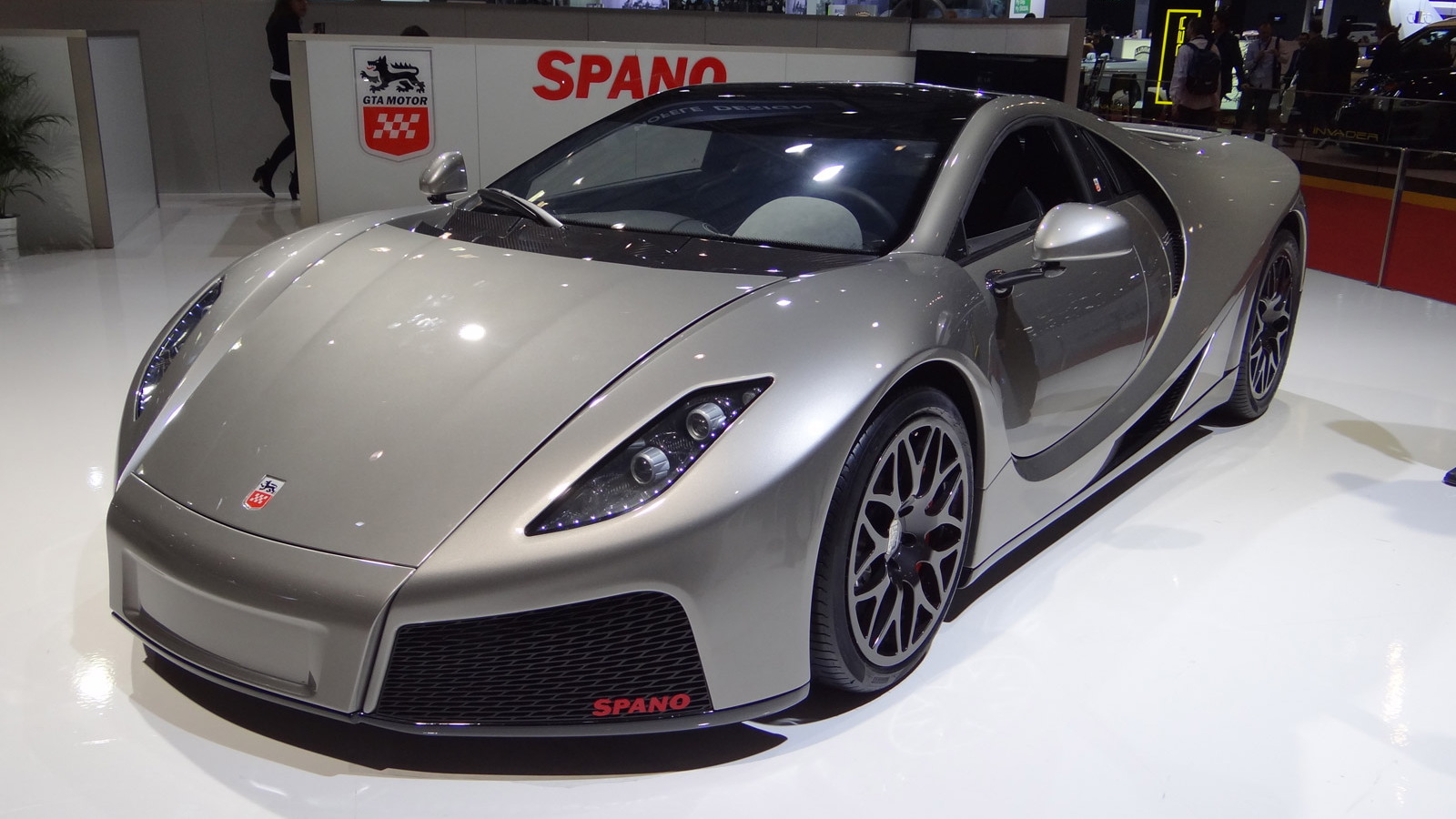 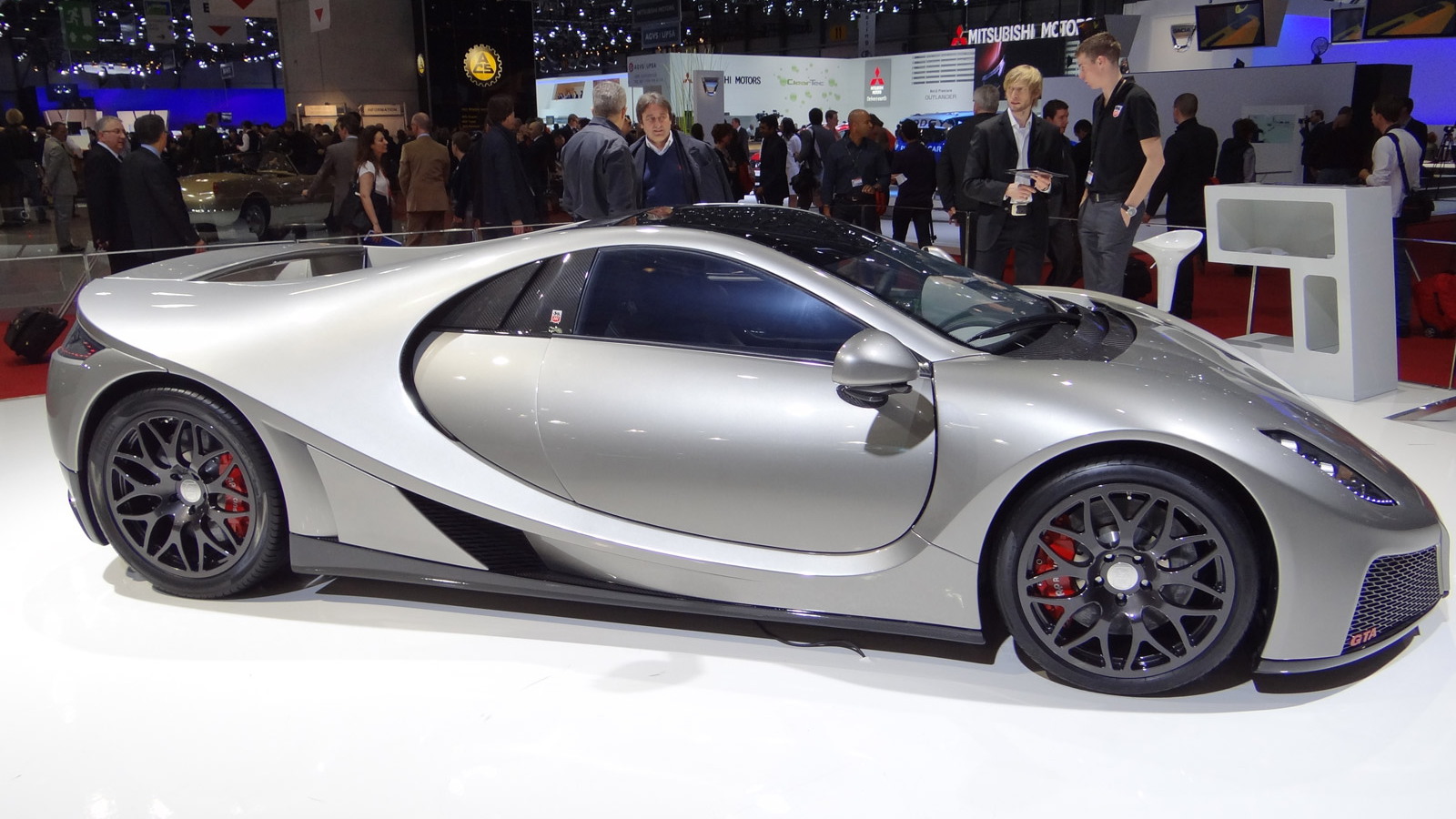 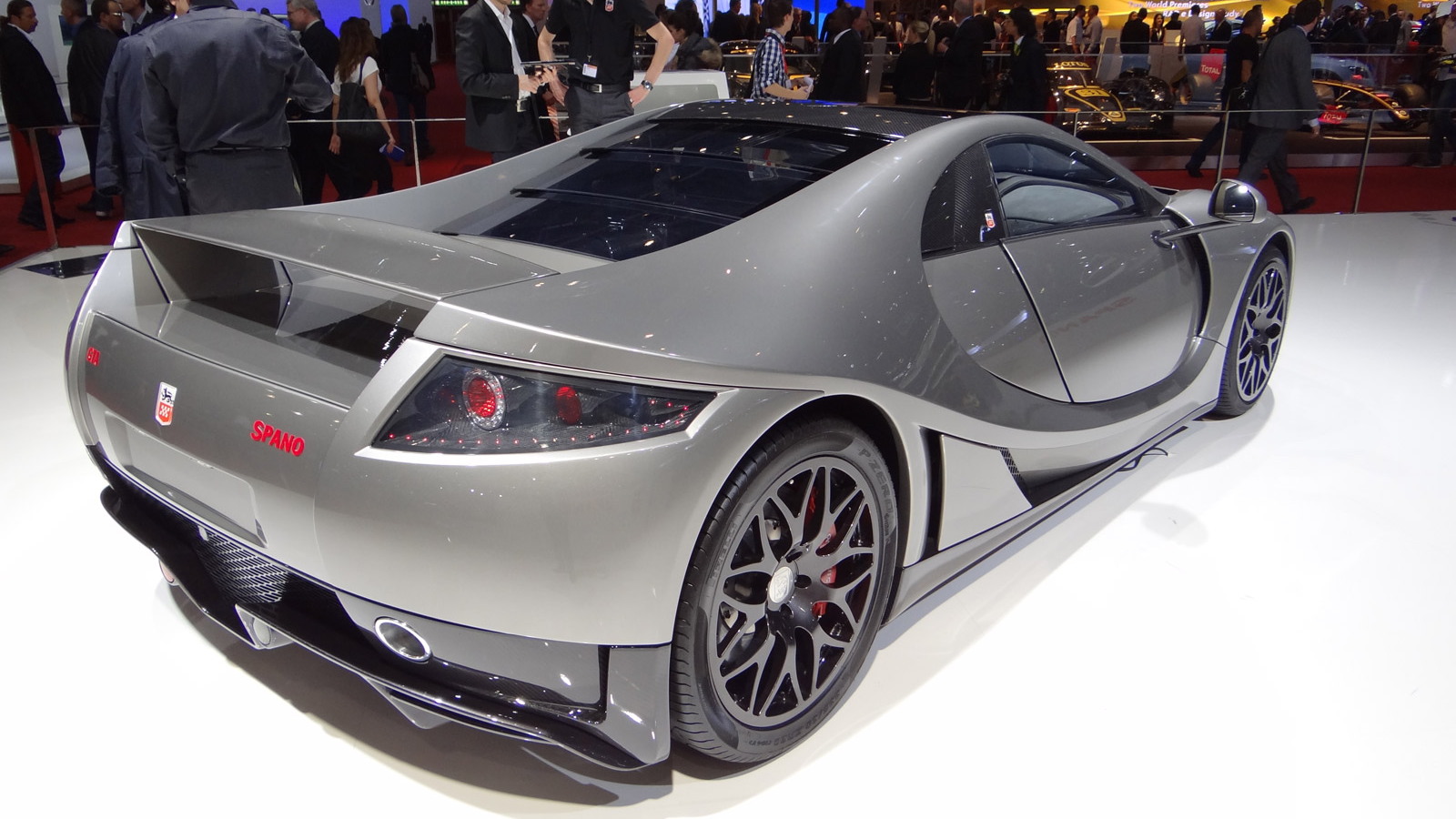 10
photos
GTA Motor showed a concept version of its Spano supercar at last year’s Geneva Motor Show, and this year the Spanish firm is back with the final, production-ready version.

Based around a monocoque constructed of titanium honeycomb, carbon fiber honeycomb and Kevlar, the Spano is designed to be a no-compromise supercar. Its official weight is listed as 2,970 pounds, and thrust comes from a rear-mounted, 8.3-liter V-10 that sends 840 horsepower to the back wheels via a seven-speed sequential gearbox.

GTA Motor claims that’s enough to get the Spano from 0 to 100 km/h (62 mph) in only 2.9 seconds, on its way to a top speed of 350 km/h (217 mph). Ensuring that the Spano stays earth-bound is the job of an electronically adjusted rear wing, aided by an electronic suspension that varies ride height according to speed.

Making sure that the Spano can scrub off speed as quickly as it builds it up is the job of the AP Racing brake system, which features carbon-ceramic rotors grabbed by six-piston calipers. Forced-air cooling keeps brake system temperatures under control, even at sustained high speeds.

GTA Motor expects to begin customer deliveries late this year, and it claims that the Spano is already in production. It’s not publishing the car’s list price, but we’ve heard rumors that put it the $700,000 range.

Want more images and news from Geneva? You’ll find them on our 2012 Geneva Motor Show page.