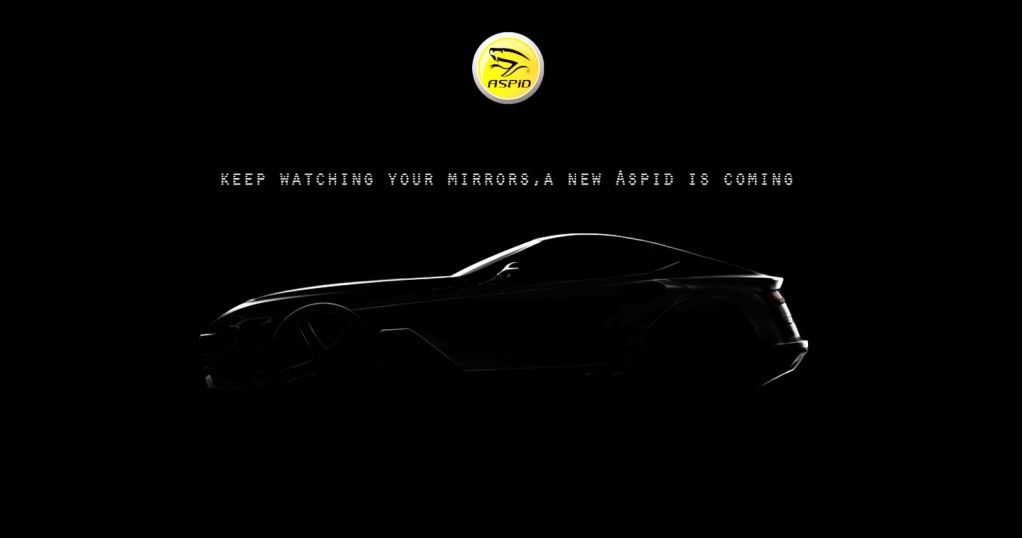 It’s been a while since we last heard from Spanish sports car manufacturer IFR Aspid.

The company’s last car, the SuperSport, has gone on to sell in reasonable numbers and will soon be spawning a successor.

IFR Aspid, now called Aspid, has released a teaser image for a new sports car the company plans to launch in the coming year.

Official renderings and some initial specs are set to be released in the next few weeks.

From what we can gather, the new sports car marks a departure from the retro-styled SuperSport though a lightweight body and two-seater layout should remain. The previous SuperSport tipped the scales at just 1,540 pounds and was powered by a supercharged 2.0-liter four-cylinder tuned to 400 horsepower.

While yet to be confirmed, Aspid’s new sports car is expected to feature a V-8 engine matched to a hybrid KERS. If so, it’s likely that a conventional drivetrain will also be offered for purists. The V-8 route is due to Aspid’s new sports car being considerably bigger than the SuperSport, but it’s also representative of the more premium positioning the company will be targeting.