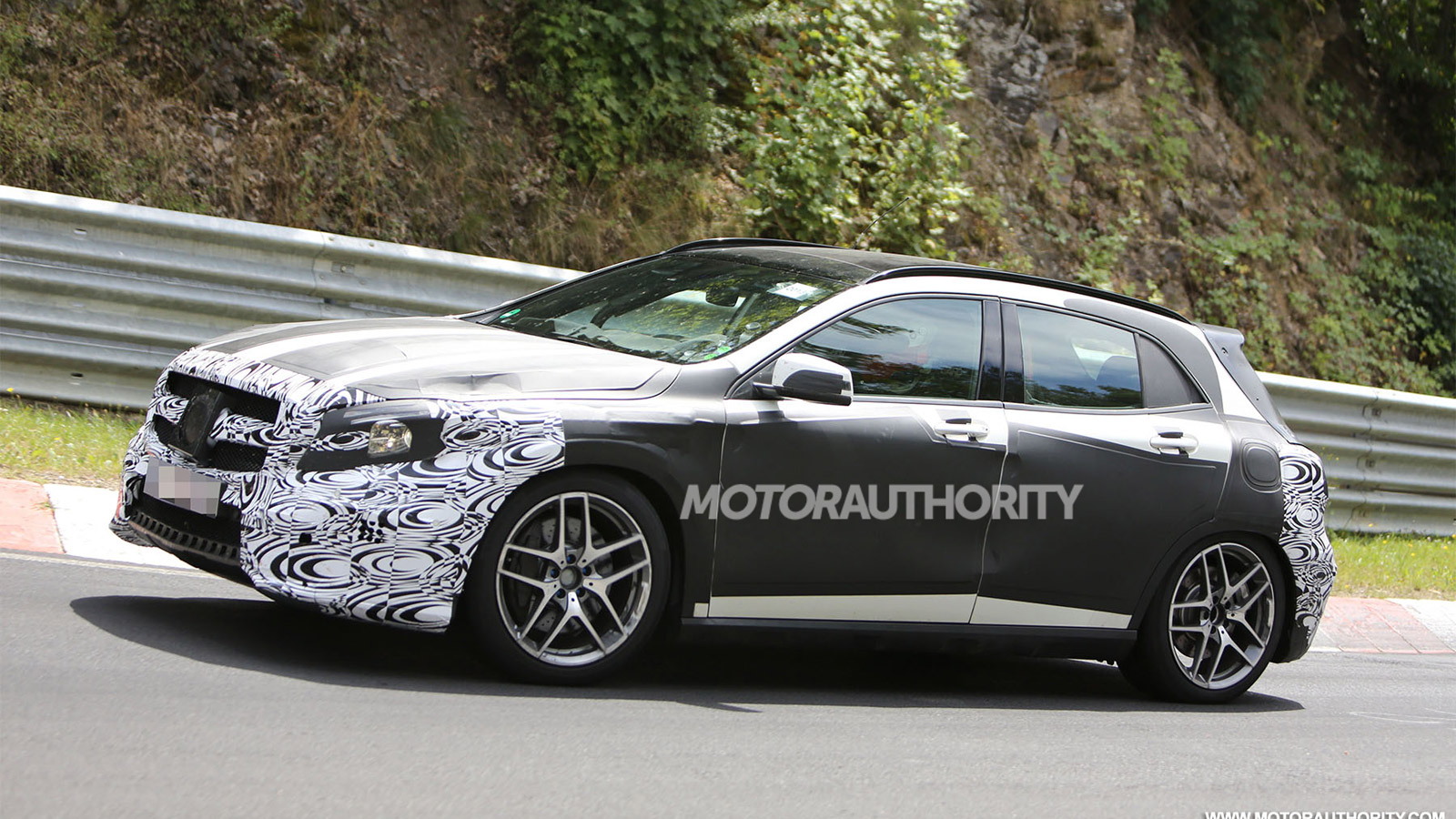 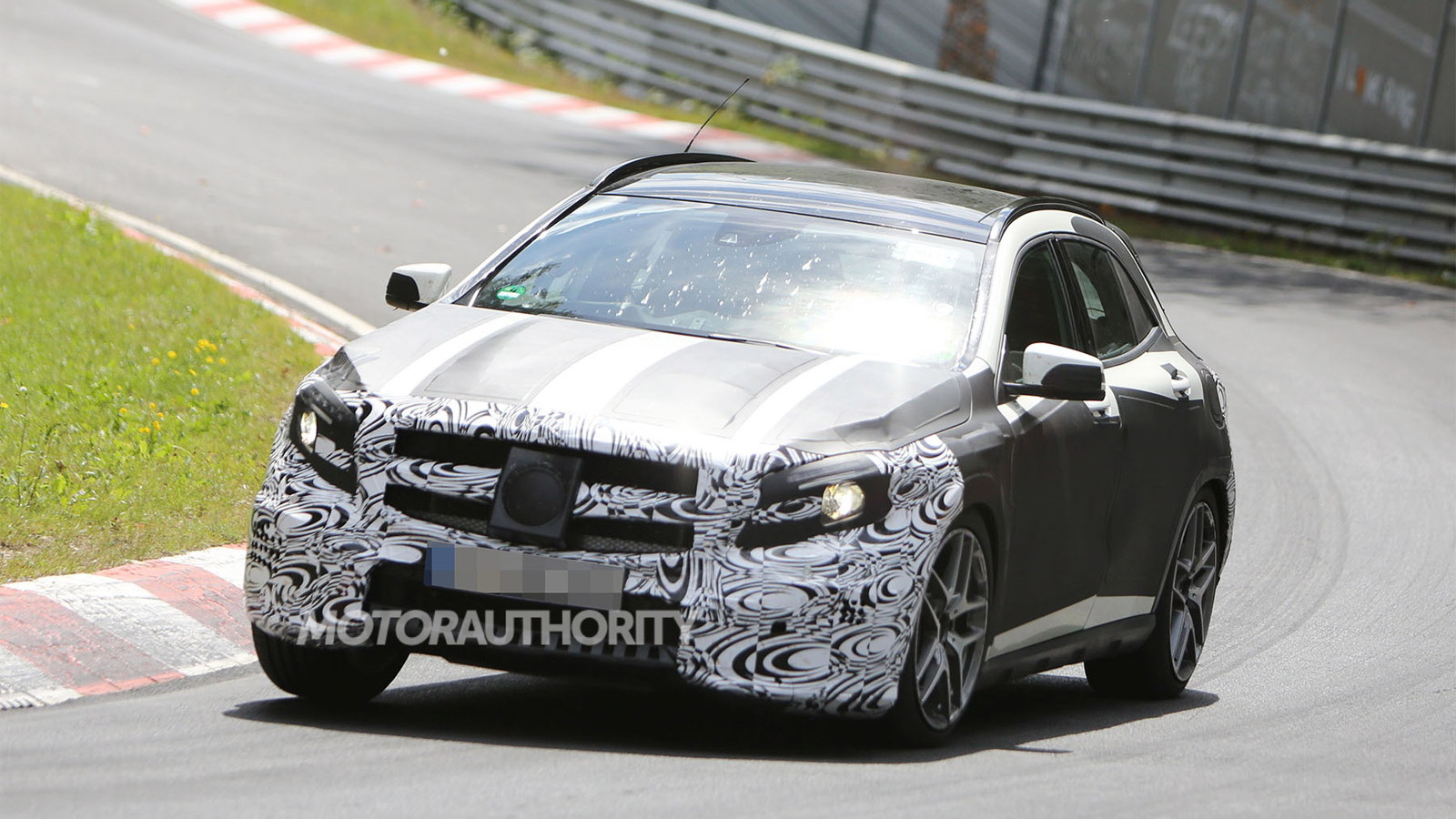 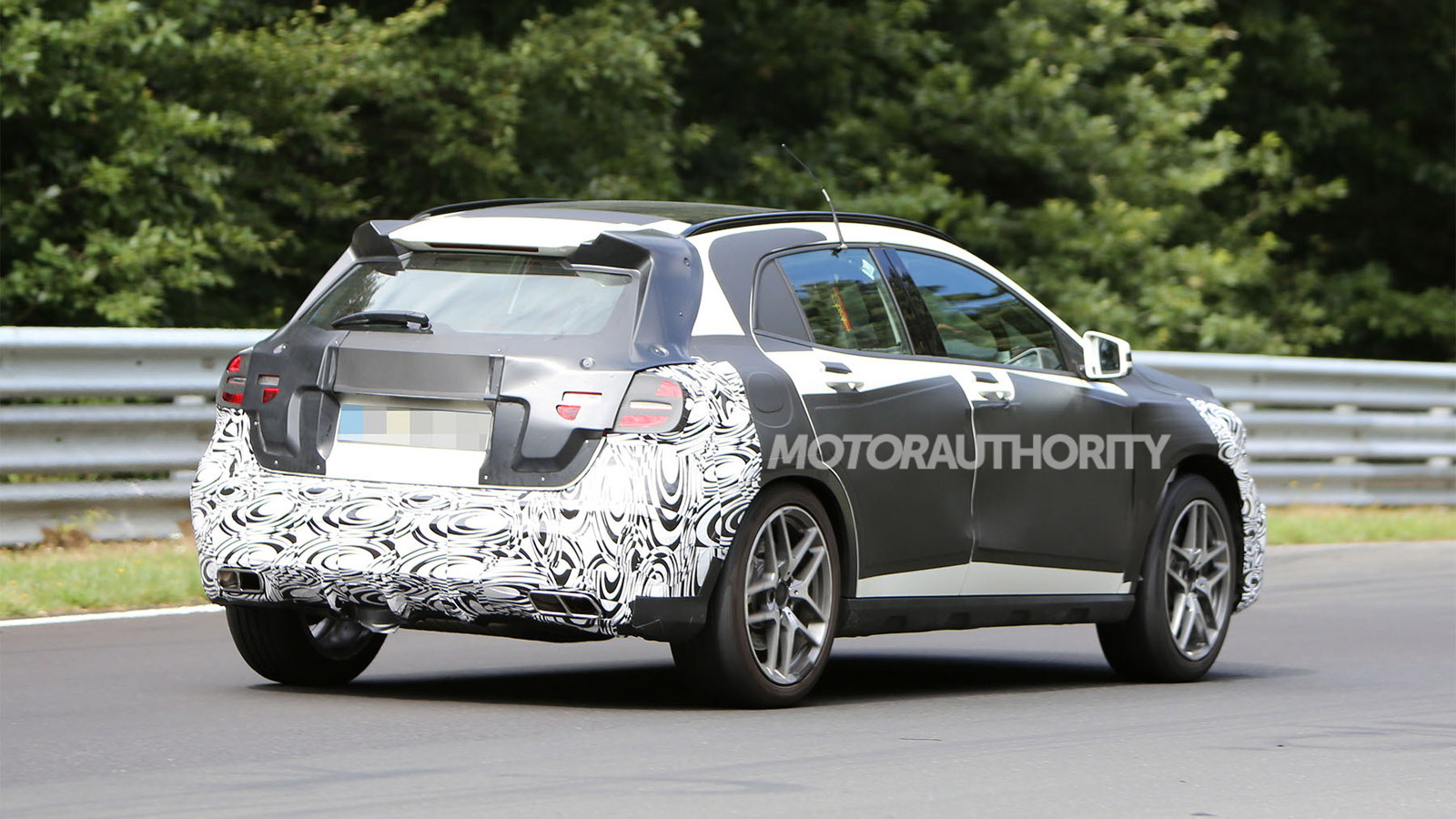 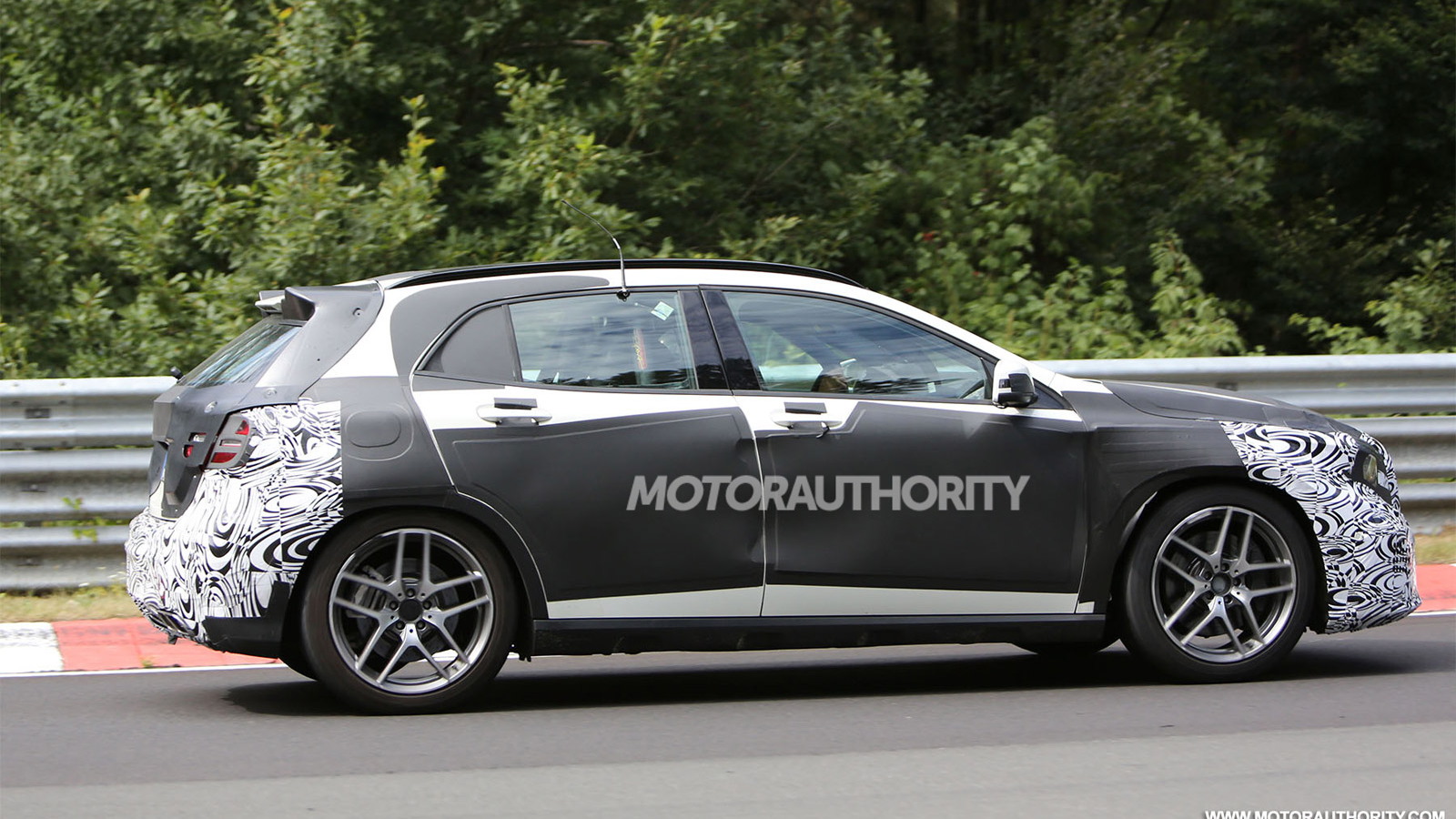 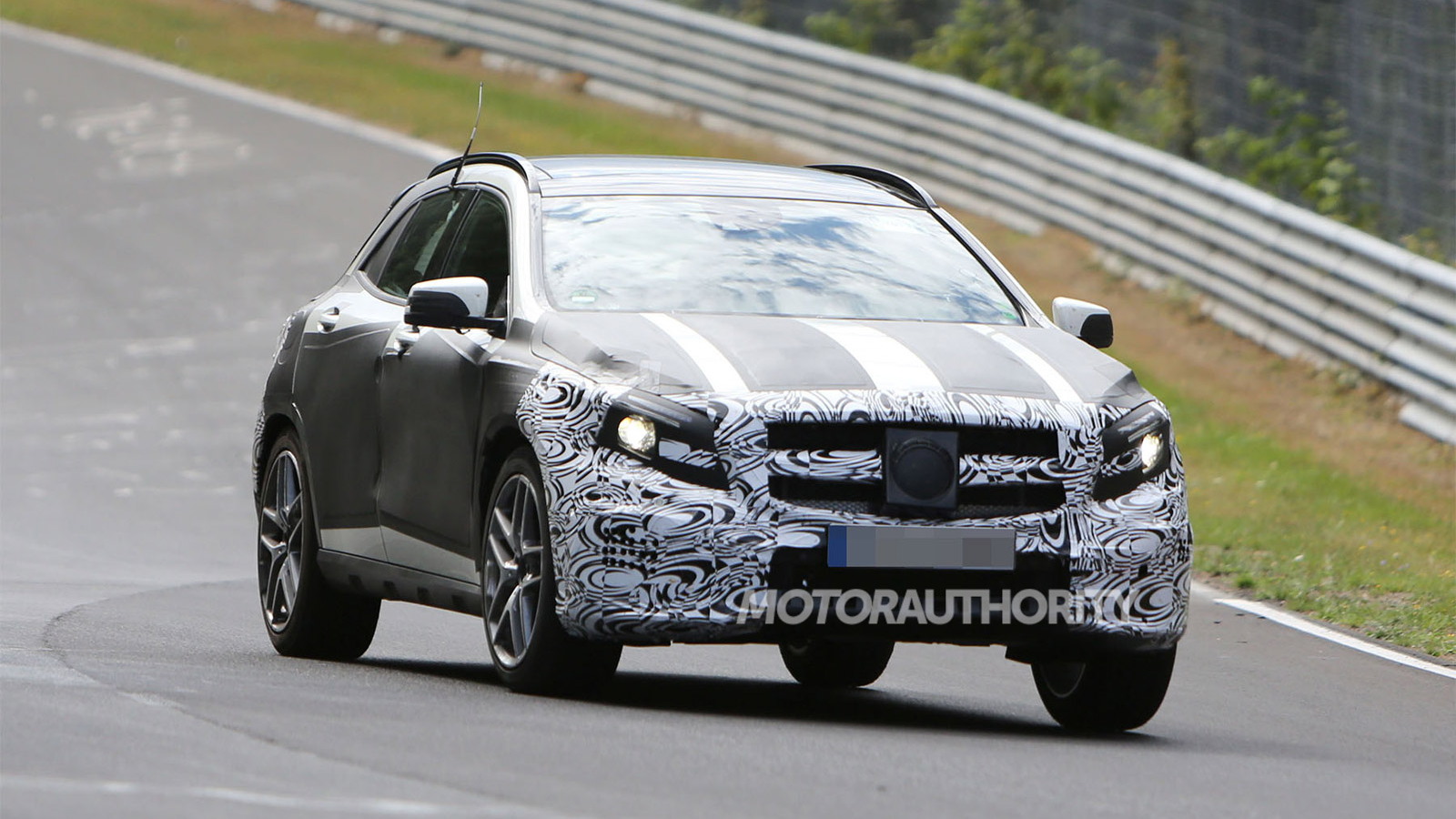 18
photos
The third variant of AMG’s small car arsenal, the GLA45 AMG, has been spotted testing in prototype form again, revealing some new details about the U.S.-bound performance crossover. As its name suggests, the GLA45 AMG is the performance version of the new 2015 Mercedes-Benz GLA which goes on sale here next year.

The GLA is essentially a tall-riding A Class hatchback, though it benefits from a slightly longer wheelbase that it shares with the 2014 CLA four-door coupe. The GLA45 AMG version will benefit from a number of AMG enhancements, including a potent 2.0-liter turbo four.

This engine made its debut in the A45 AMG at the 2013 Geneva Motor Show and has since appeared in the new CLA45 AMG revealed at the 2013 New York Auto Show. It will deliver at least 355 horsepower and 332 pound-feet of torque in the GLA45 AMG, and will send power to all four wheels via an AMG SPEEDSHIFT DCT seven-speed dual-clutch transmission.

Performance of the GLA45 AMG should be scintillating, as you’d expect from any vehicle wearing the AMG badge. The 0-60 mph time should come in at about 5.0 seconds. To ensure the thing also handles well, engineers will be adding custom sports suspension as well as electromechanical AMG speed-sensitive steering.

We know this is the AMG version of the GLA due to the prototype’s quad-exhaust tips, perforated brake discs, AMG-style alloys and enlarged intakes up front. Additionally, the intake on the right-hand side of the front bumper has been left unmasked in some of the shots, presumably to feed air to the turbocharger’s intercooler.

While the U.S. missed out on the new A-Class, the CLA and its AMG variant have already landed, and soon the GLA plus this GLA45 AMG will be arriving as well. Pricing should start at around the $50k mark.