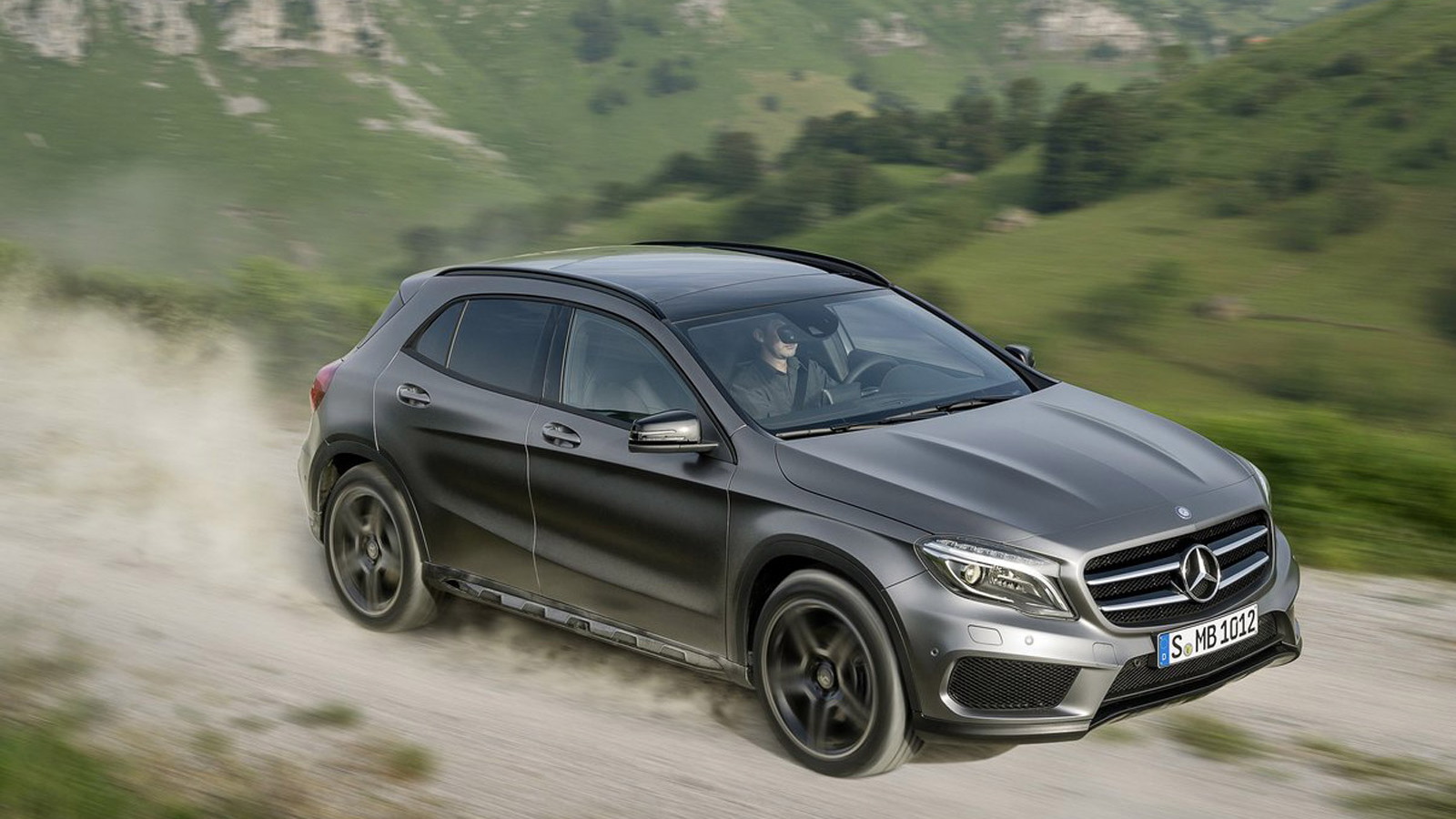 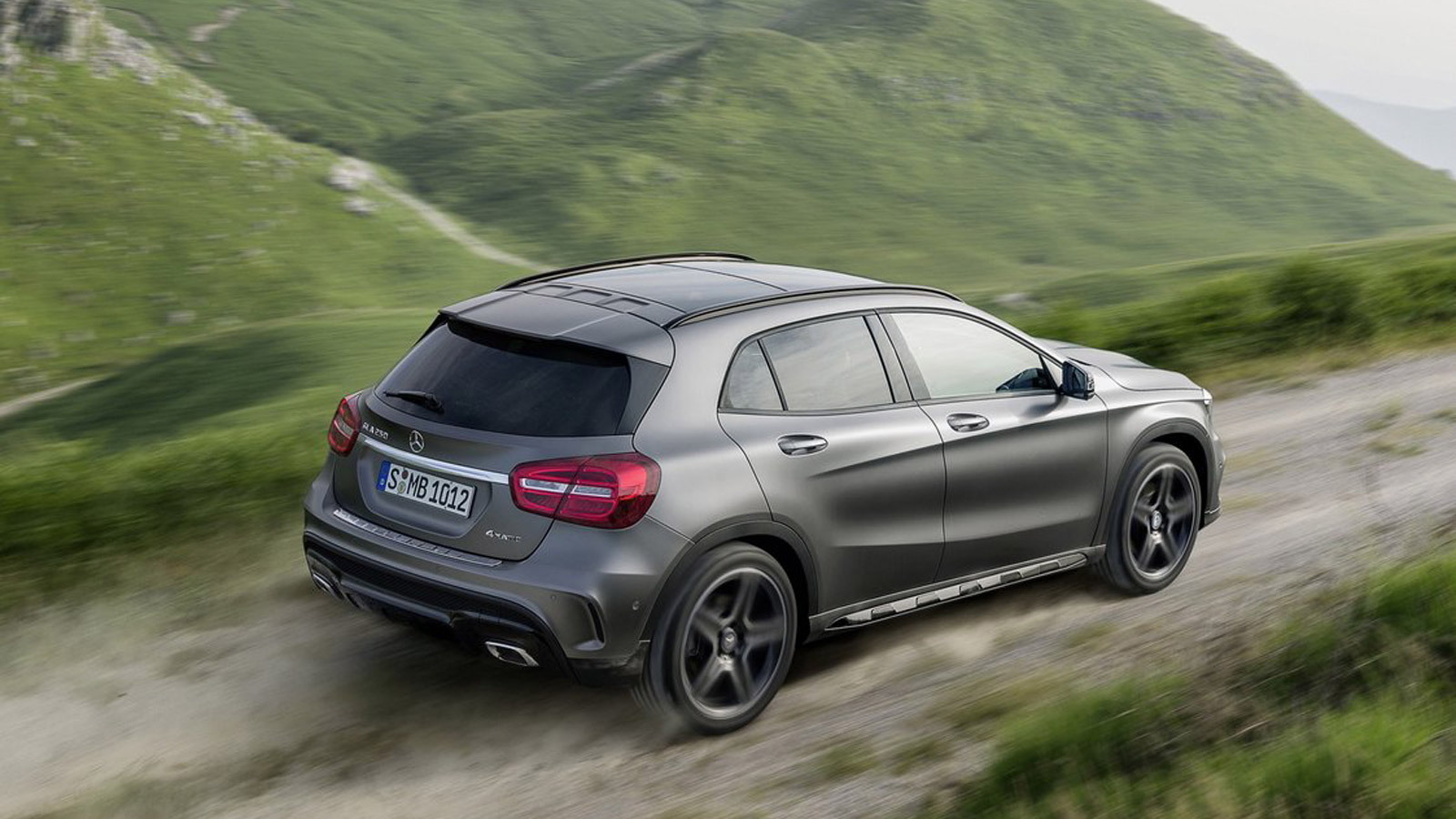 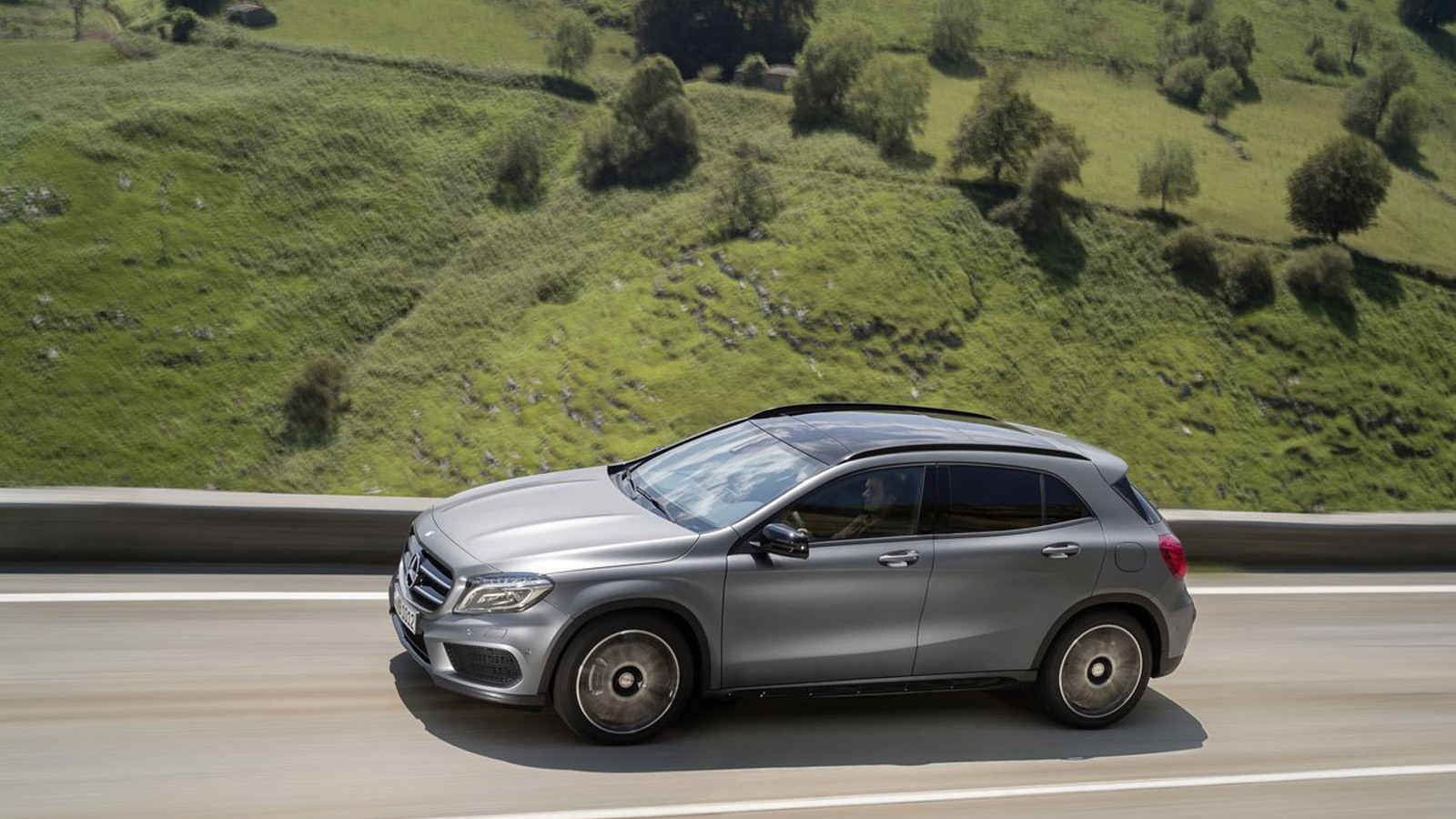 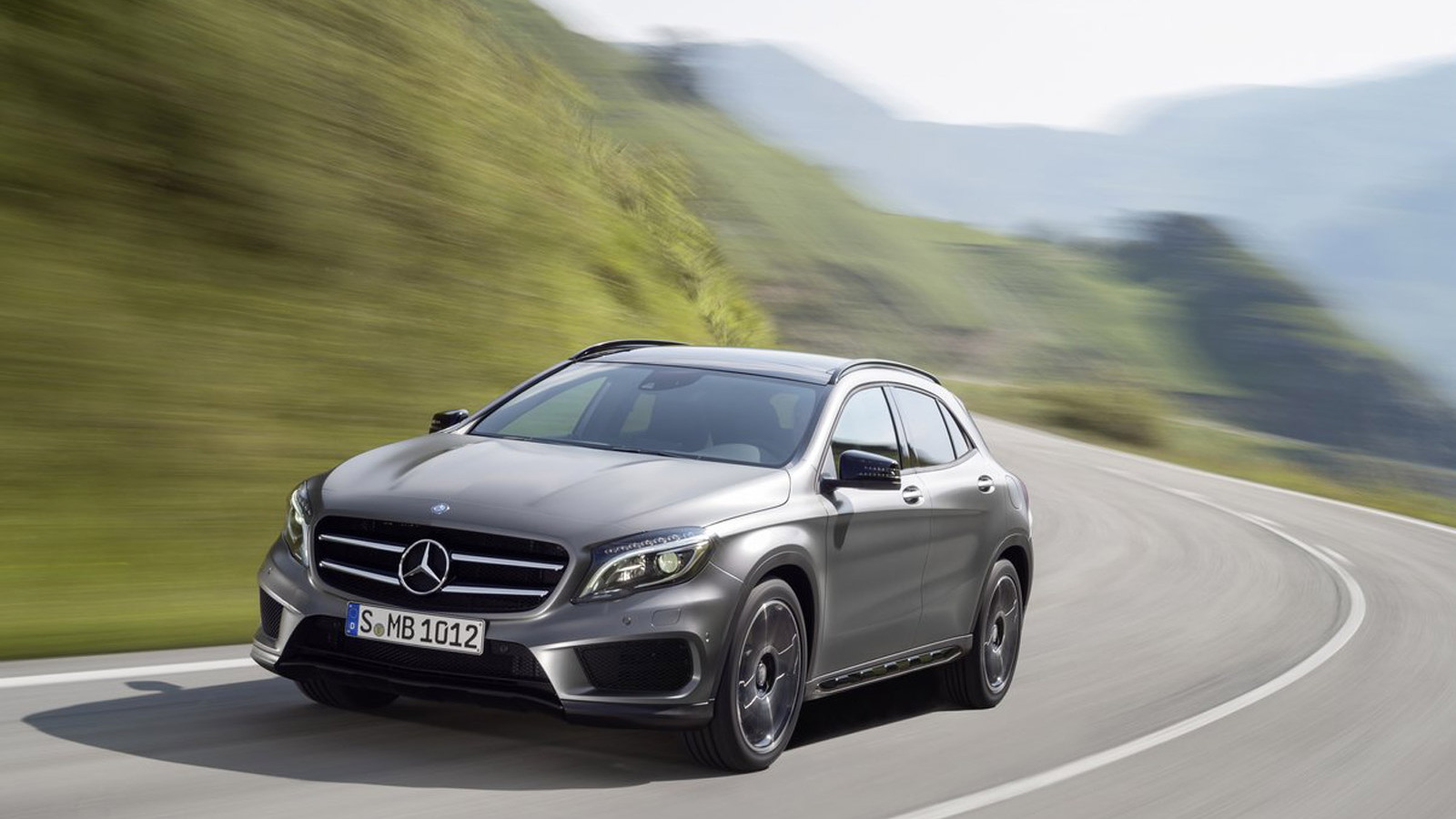 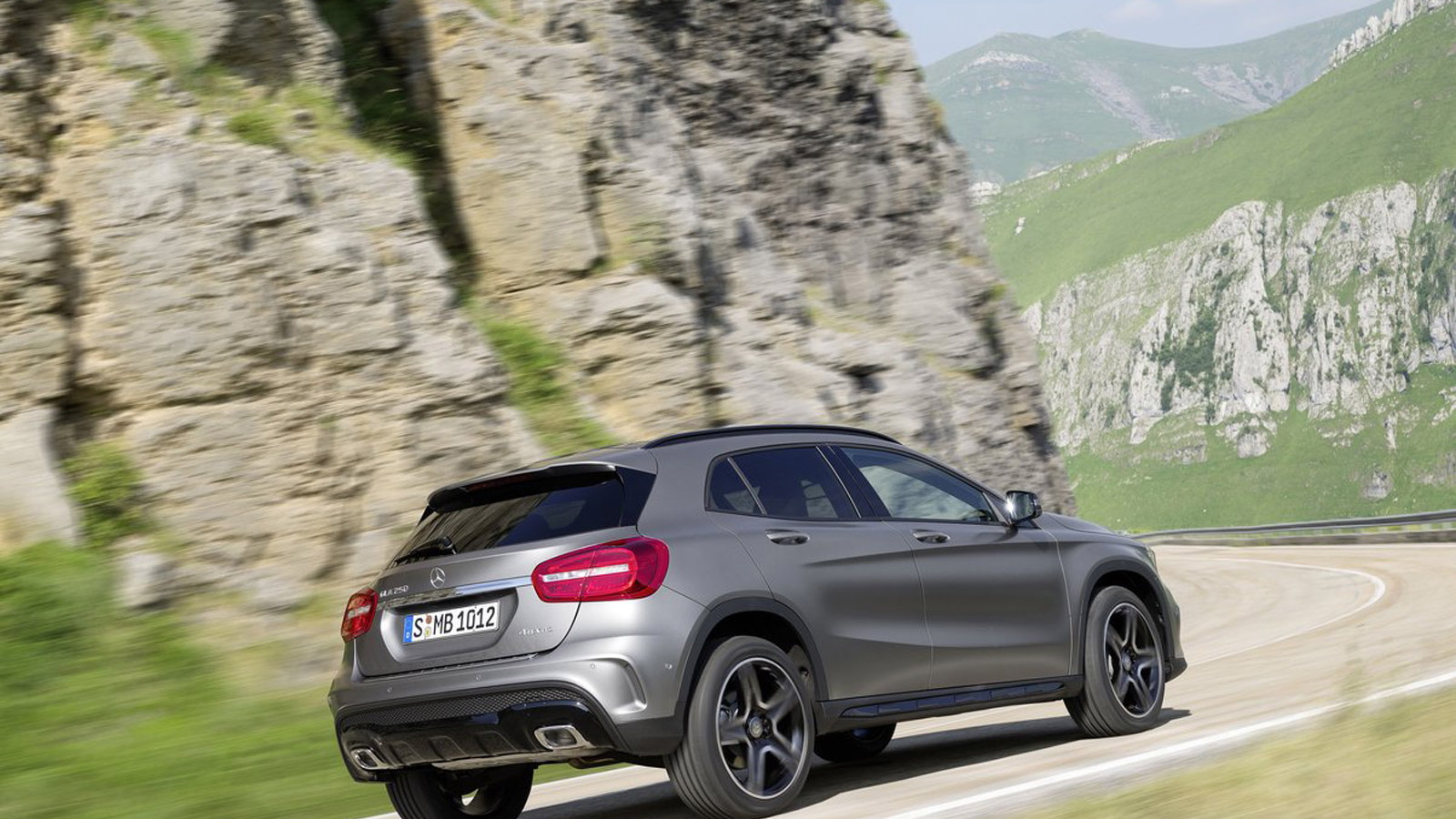 Mercedes-Benz officially has a compact crossover in the hopper; it's bound for Europe, the U.S., and elsewhere, and it's called the GLA-Class. Ahead of the Frankfurt Motor Show, where it will make its official world debut in a few weeks, the company has revealed a set of photos of this small utility vehicle, along with many key details.

And with a 'multi-talented' approach that looks at once sporty, urban-oriented, and even a little rugged, the 2015 Mercedes-Benz GLA-Class at first sight looks poised to be just as much of a success on these shores as in Europe and elsewhere.

The packaging itself—“less imposing,” the automaker describes it—should be a big part of the appeal, no matter which market we're speaking of. The GLA's parking footprint is about the size of a subcompact car—about 174 inches long and 71 inches wide—which means that it should be easy to maneuver in tight city spaces or park in a small urban garage. Its height, of about 59 inches, is shorter than most of the compact crossovers that are increasingly common in the U.S., while its seating position should be a few inches higher than that of a typical sedan.

Power for the 2015 Mercedes-Benz GLA 250, as it'll arrive in the U.S., is provided by a 2.0-liter turbocharged four-cylinder engine, making 208 horsepower and 258 lb-ft of torque. A seven-speed dual-clutch automated gearbox provides the shifting, while a next-generation permanent all-wheel drive system, badged 4Matic, will deliver torque to all four wheels in fully variable fashion. A front-wheel-drive version of the GLA is also on the way. The layout is quite carlike, with uni-body construction and a MacPherson strut front, multi-link rear suspension layout, although models with 4Matic get Downhill Speed Regulation, as well as an off-road transmission mode; in these models, the rear axle carrier gets special rubber bushings for ride comfort, too.

A new electromechanical steering system should provide the right kind of weighting for a smaller, more nimble vehicle while also saving fuel. On that note, engine stop/start will be included in the GLA, and we'd expect the seven-speed to provide a wide range of ratios—not just to provide the GLA 250's 0-60 time of 6.4 seconds and top speed of 145 mph but impressive fuel economy ratings, too.

Plenty of safety tech packed in, too

Pricing for the GLA 250 will be especially important in the U.S., where the market for smaller luxury vehicles is compacted into the sub-$40k range, for the most part. While the Evoque and X1 can reach well above that fully optioned, they’re eyebrow-raising at that, with most Americans losing interest to a larger vehicle.

This long-awaited smaller sibling to the Mercedes-Benz GLK-Class will arrive in U.S. showrooms next fall (in calendar year 2014), as a 2015 model.

Take a look at these pictures of the GLA-Class for plenty of angles and details inside and out, then stay tuned as we hope to bring you plenty of pictures as well as more of the inside story, live from the Frankfurt Auto Show next month.

For more on the Mercedes-Benz GLA, read the in-depth reviews at The Car Connection.