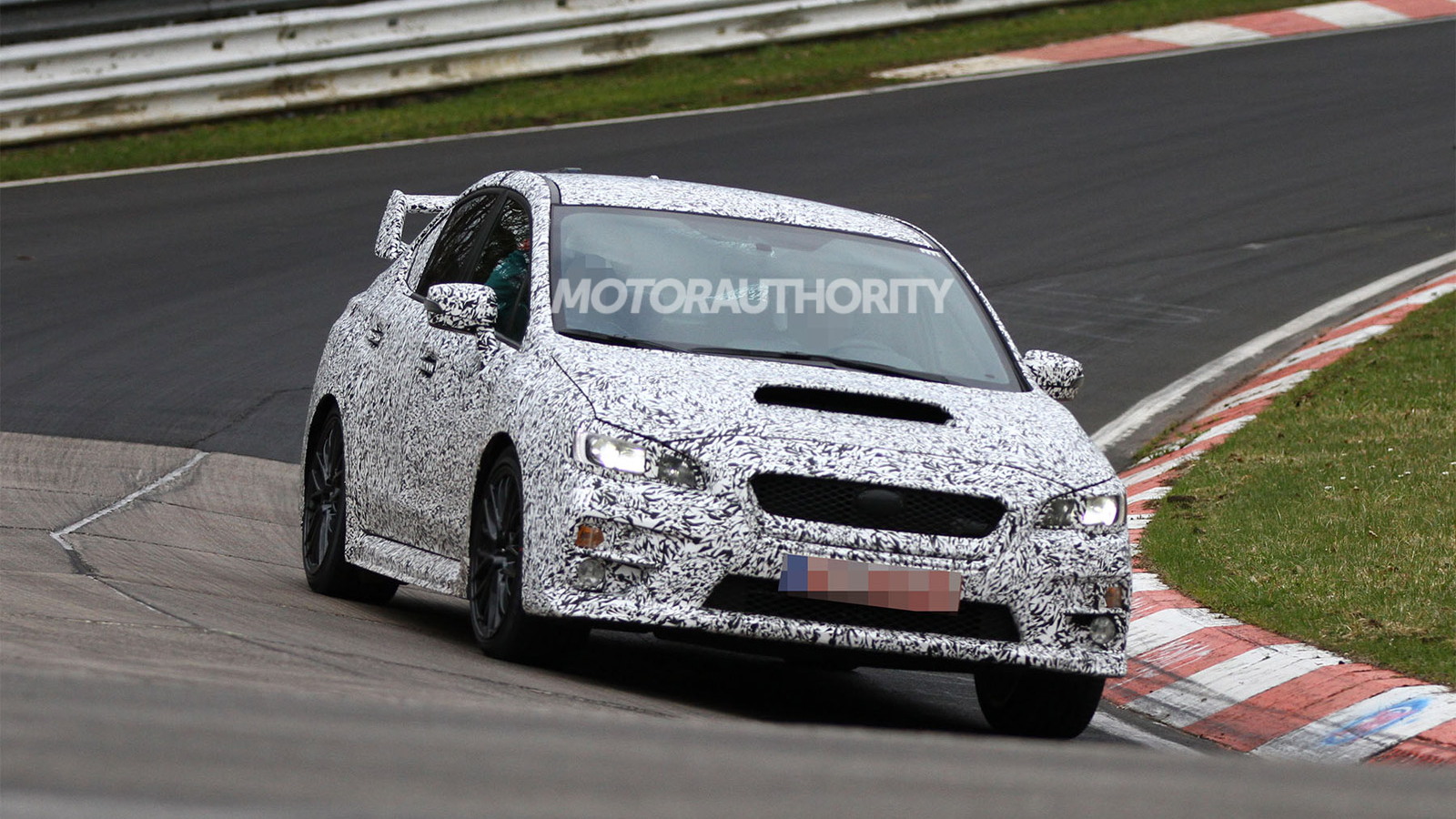 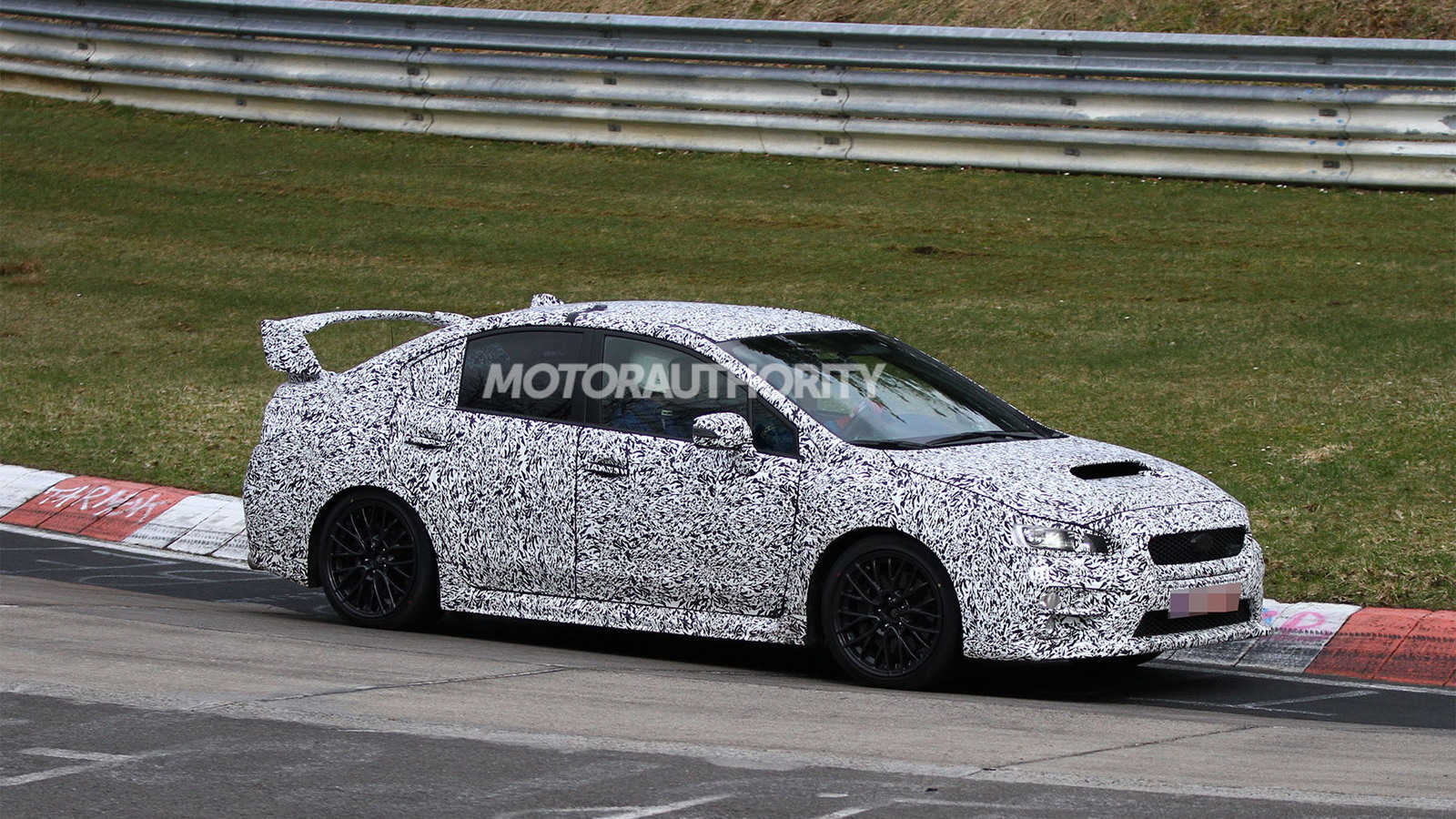 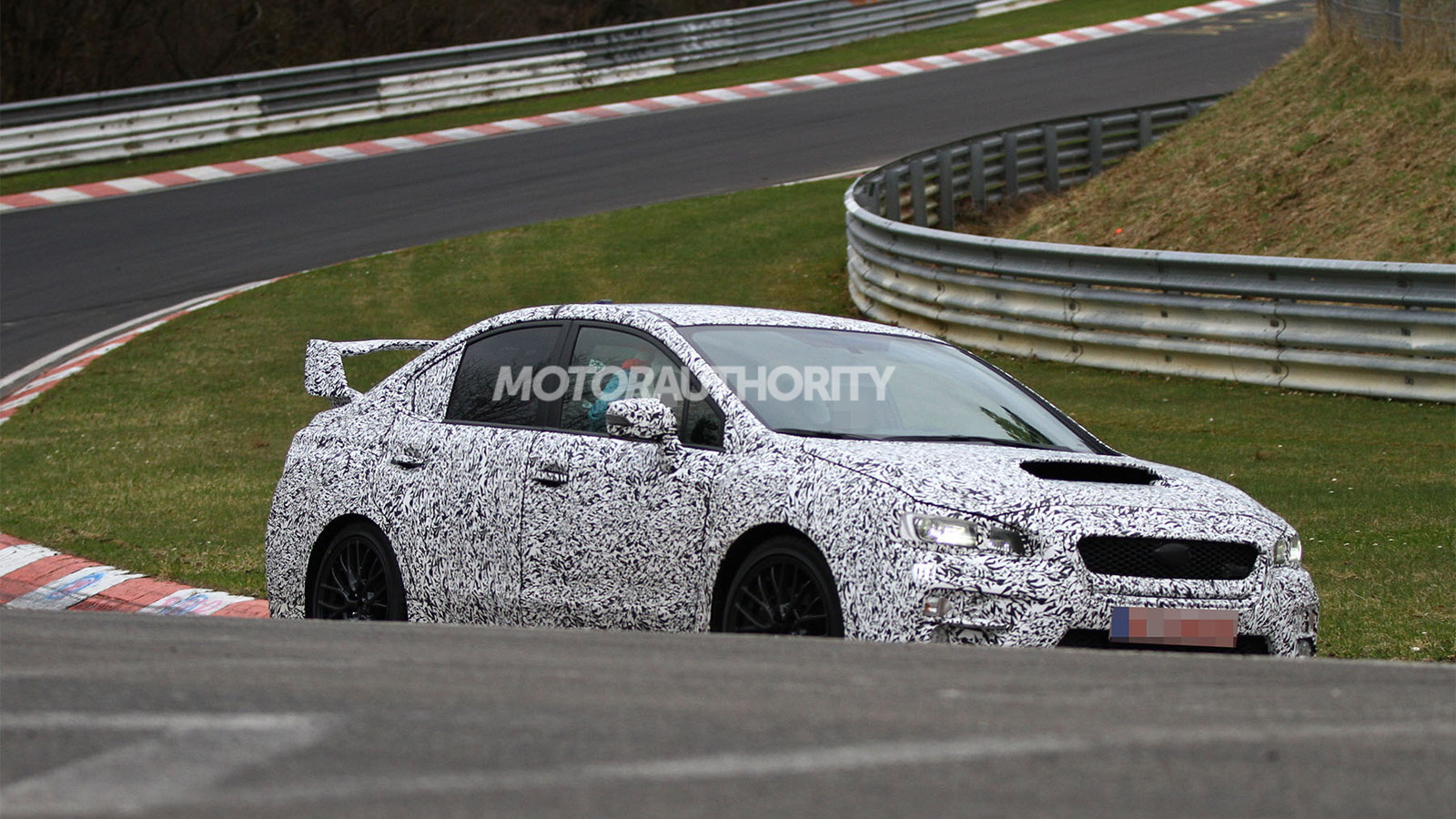 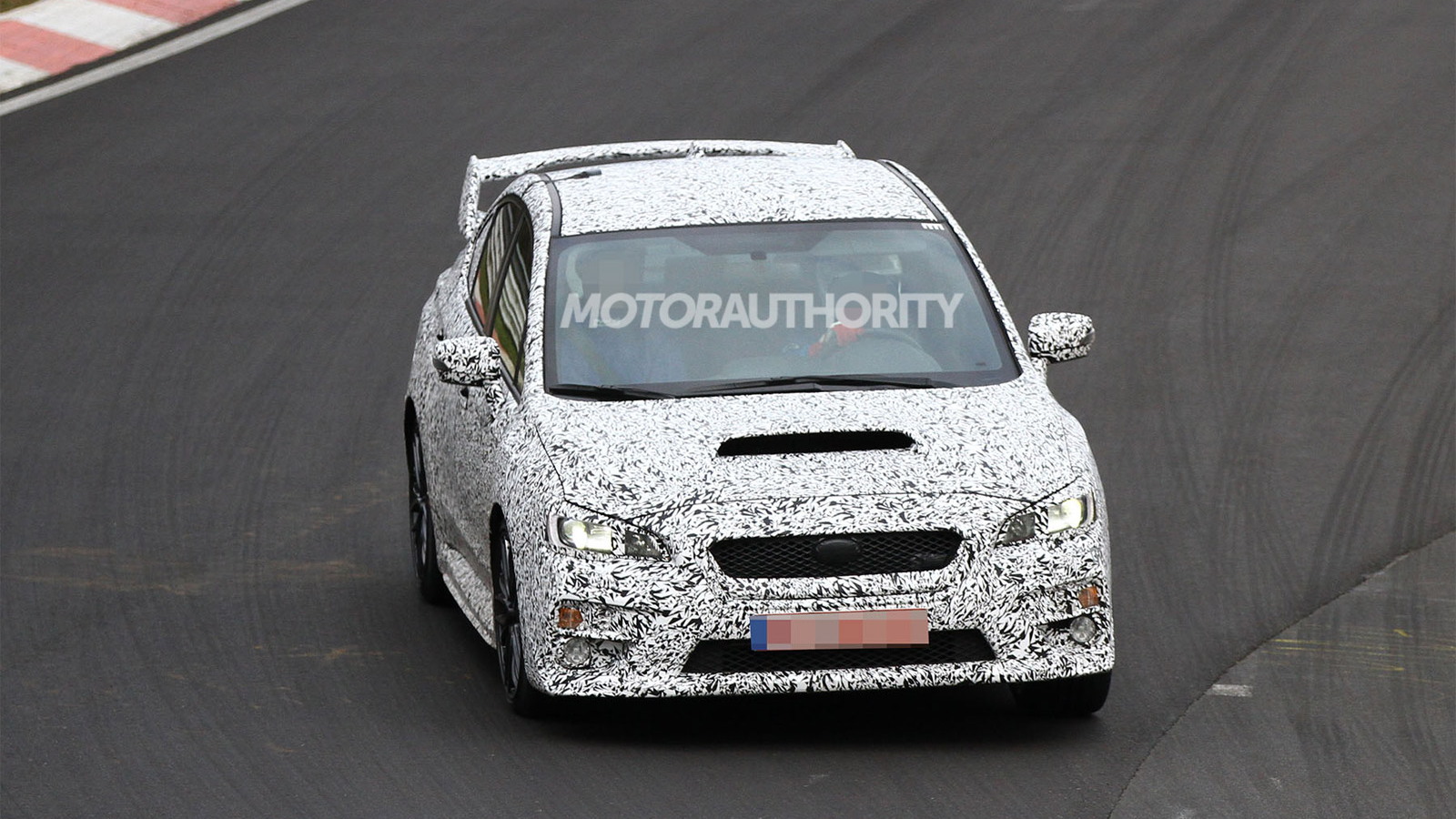 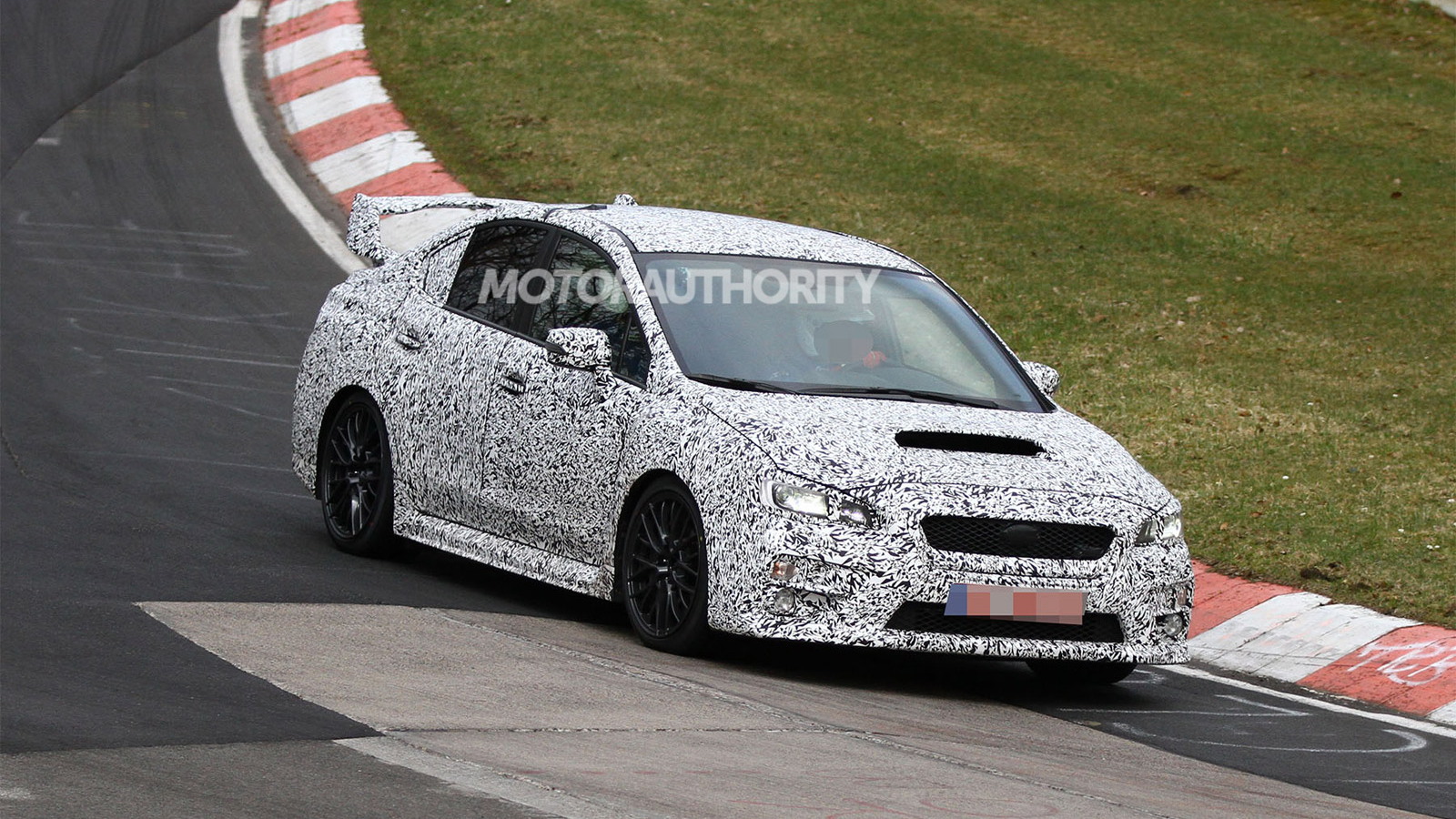 30
photos
Subaru gave us a preview of its next-generation WRX at the 2013 New York Auto Show, where it unveiled the striking WRX concept and enticed us with tales that the final car would no longer resemble the humble Impreza with which it will continue to share a platform.

We’ve since spied the production version testing at Germany’s Nürburgring and we’re sad to say it still looks a lot like the Impreza. The styling of the car isn’t as dramatic as what we saw on the New York concept, although there are clear similarities between the two, particularly in regards to the lights and elements such as the fender vents, grille and rear diffuser.

The production version gets a conventional sedan body with a taller roof and narrower fenders than those found on the concept, and its side mirrors are mounted to the doors instead of on the A-pillar. Finally, the lower air intakes are also much smaller than those on the concept.

The new WRX, which should be revealed early in the new year, as a 2015 model, is expected to make do with a 2.0-liter boxer four-cylinder engine, although it’s unclear if a regular turbocharger will be used to boost power or more sophisticated means. This engine will be closely related to the unit in the BRZ but will come with its own direct-injection system. The regular BRZ engine borrows a direct-injection system from Toyota.

Dropping down to a smaller 2.0-liter displacement from the current model’s 2.5 liters would be advantageous for certain motorsport classes as well as being more fuel efficient. Power levels, however, won’t deviate much from current levels, though the performance of the car will be improved thanks to a lighter curb weight.

This means the WRX should output around 265 horsepower while this WRX STI should put out at least 305 horsepower. A symmetrical all-wheel drive system will remain standard, as should the choice of sedan and hatchback bodystyles.

Note, pricing is expected to rise beyond the current model’s $26k sticker now that the BRZ takes up the entry-level performance role.

Stay tuned for updates on the 2015 Subaru WRX as development progresses, but in the meantime check out our previous spy video.